Cultural Center La Gota is a hybrid building for exhibition spaces that aims to create a new focus of urban centrality in Navalmoral (Cáceres), showcasing the identity of the town. The etymology is rooted in an old building built in the same site, in the thirties, to solve the problems of child malnutrition through the “Drop of Milk”. 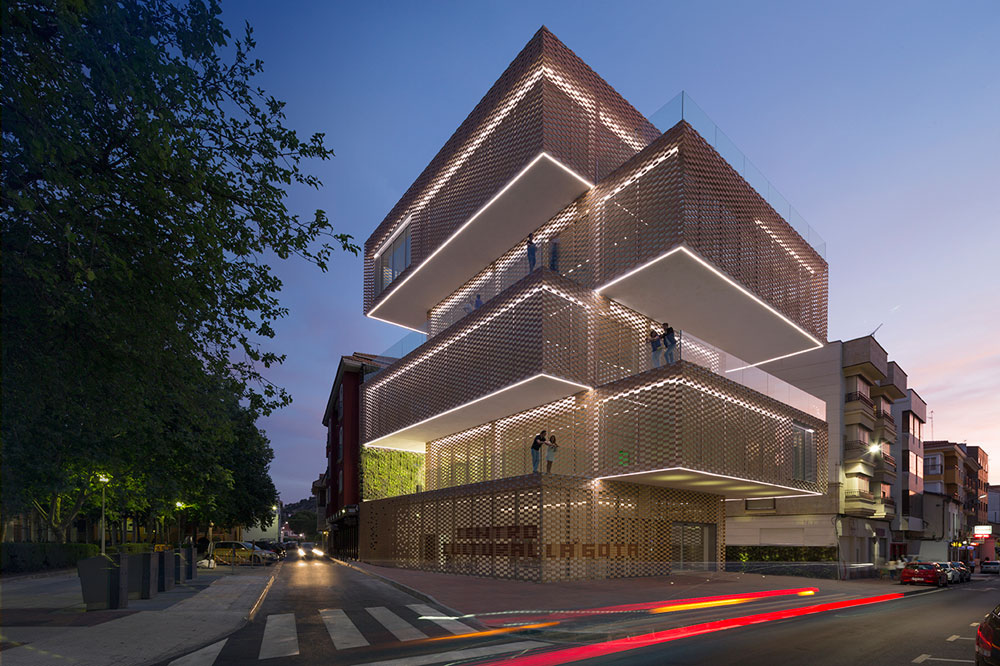 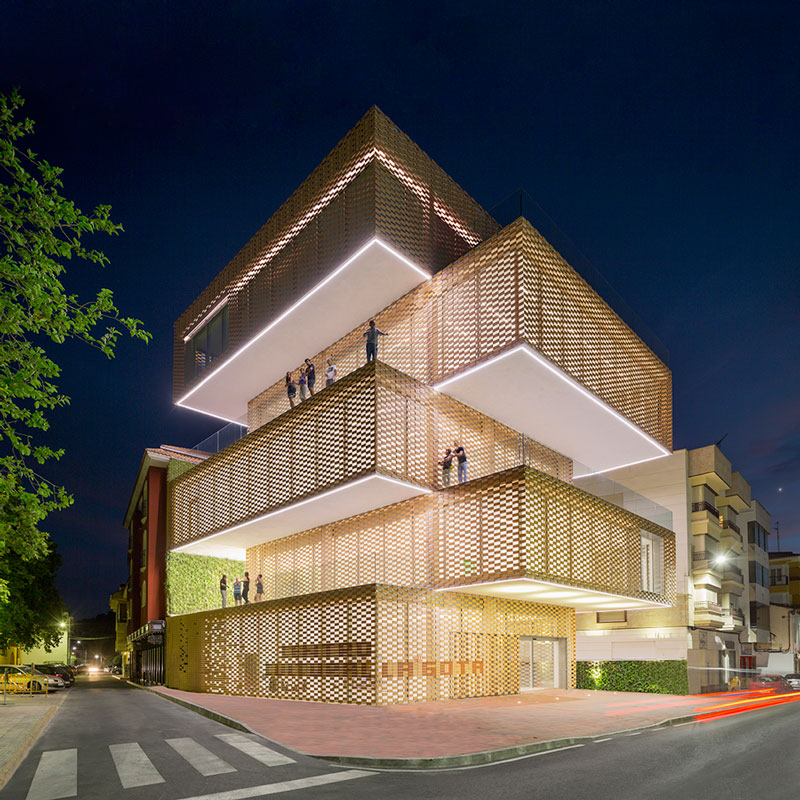 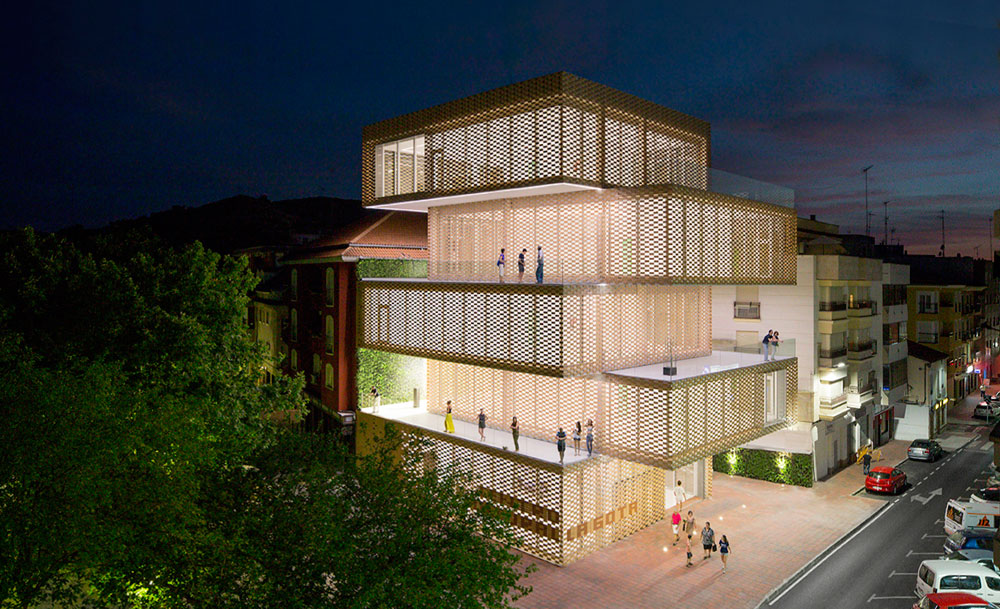 It hosts temporary spaces, a permanent exhibition for the painter Sofia Feliu and a Tabaco Museum. The geometry of the Centre is attributed to the structure of the tobacco plant with the principle of equality and diversity that we also see in these vegetables -the leaves are similar but different at the same time-. The building contains a core for vertical communication and a structure from which plants appear with equal size and morphology, but with different heights and characters that are slightly offset. Inside, the building brings the atmosphere of the light from the tabaco drying-building through a ceramic fabric inspired by the traditional brick found in these kinds of buildings. Light enters -in those spaces that the program allows- through the holes in the facade. This produces a dematerialized facade with refined geometries, which allows the filtration of sunlight through the walls. 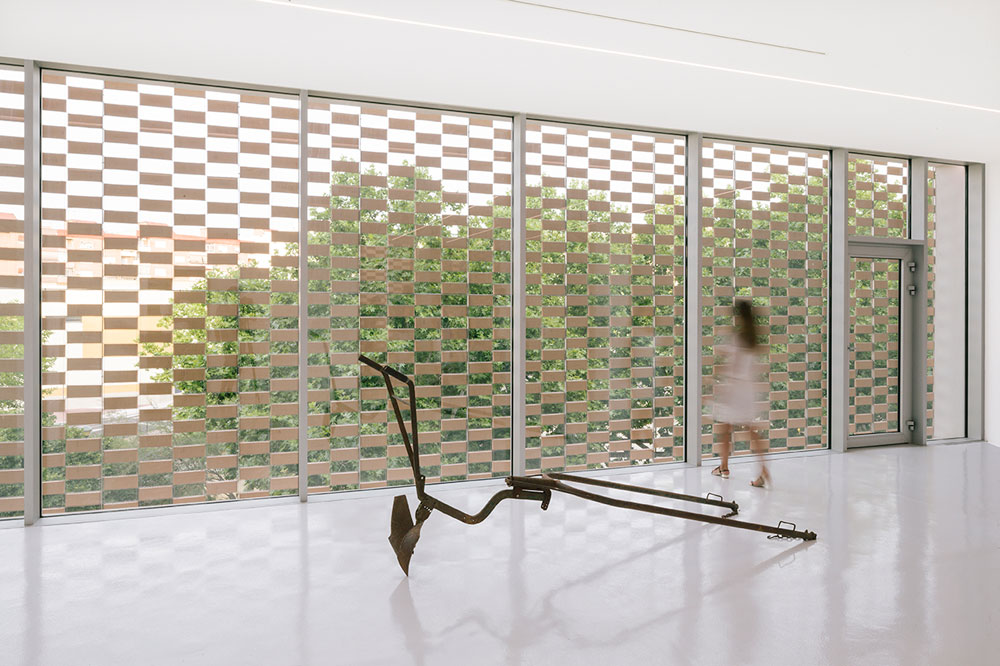 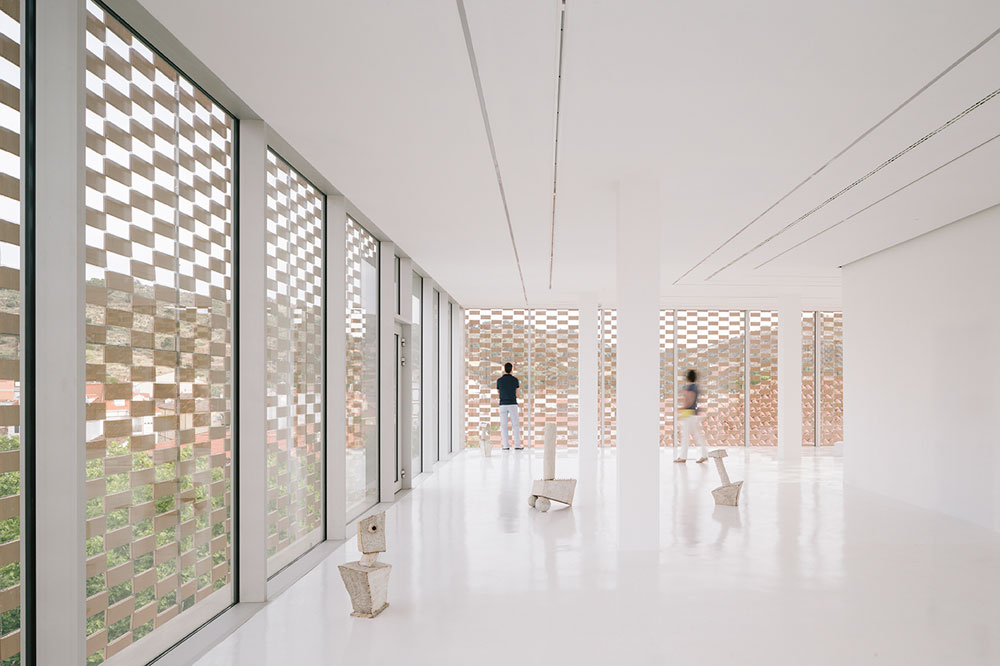 The post-tensioned structure of the building permits, through active reinforcements, large spans and reduced edges of the slabs. The system increases the bearing capacity of concrete, reducing its deformation and cracking decreases, thus increasing its life. So, the use of the material is more efficient and there is a reduction in weight of the structure. 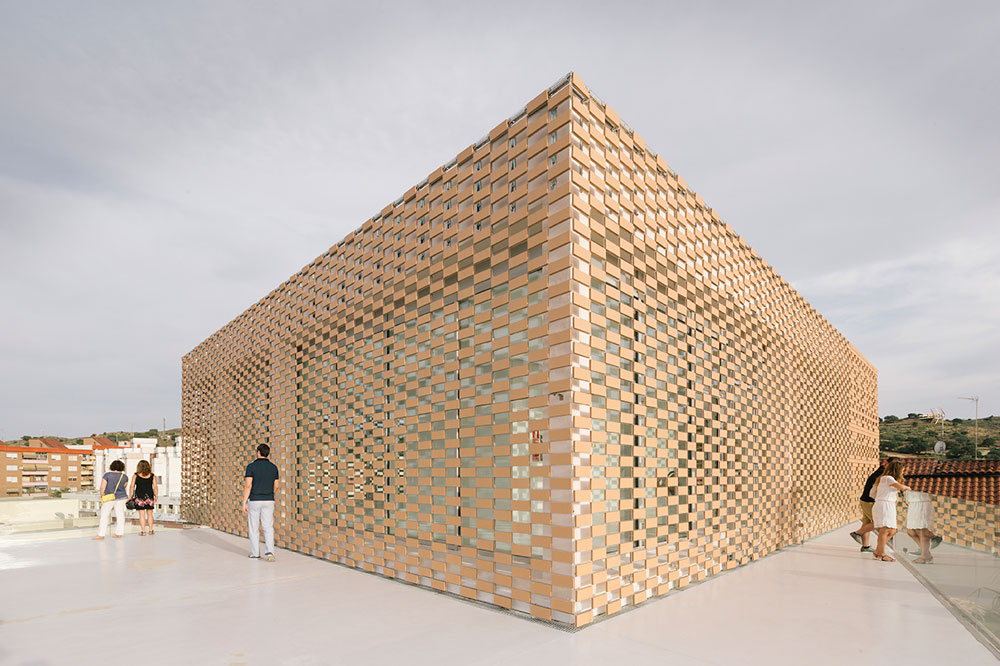 The five floors of the Centre are set on five displaced boxes, one above the other. The floors are staggered in the areas where boxes are flying to create the effect of a box “on the other.” 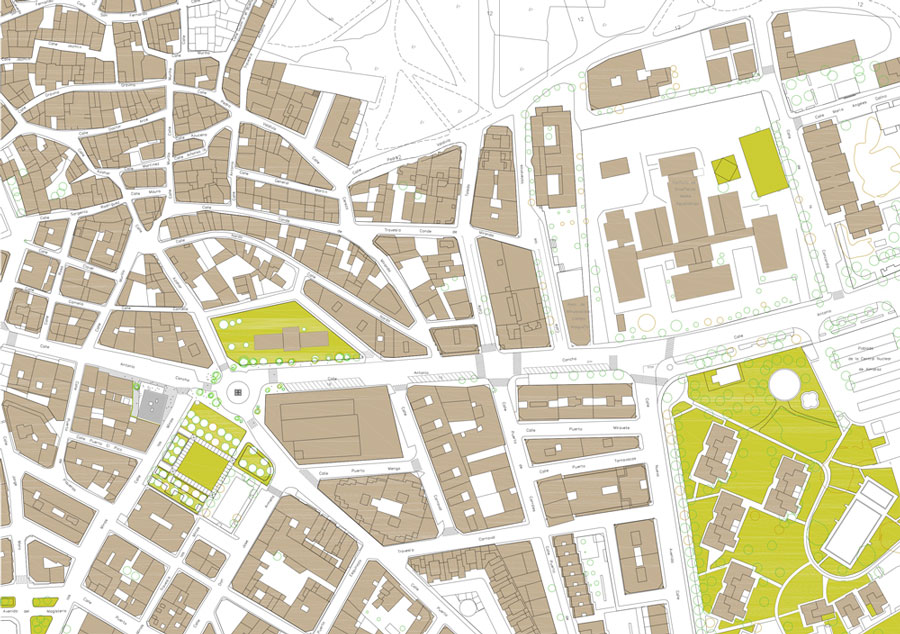 The facade is made up of a double skin composed of a glass-wall and ceramic-fabric named FLEXBRICK. In this way a thermal space is created and it directs the views from the inside, prevents heating in the summer season and forms a picture of the tobacco drying-buildings. 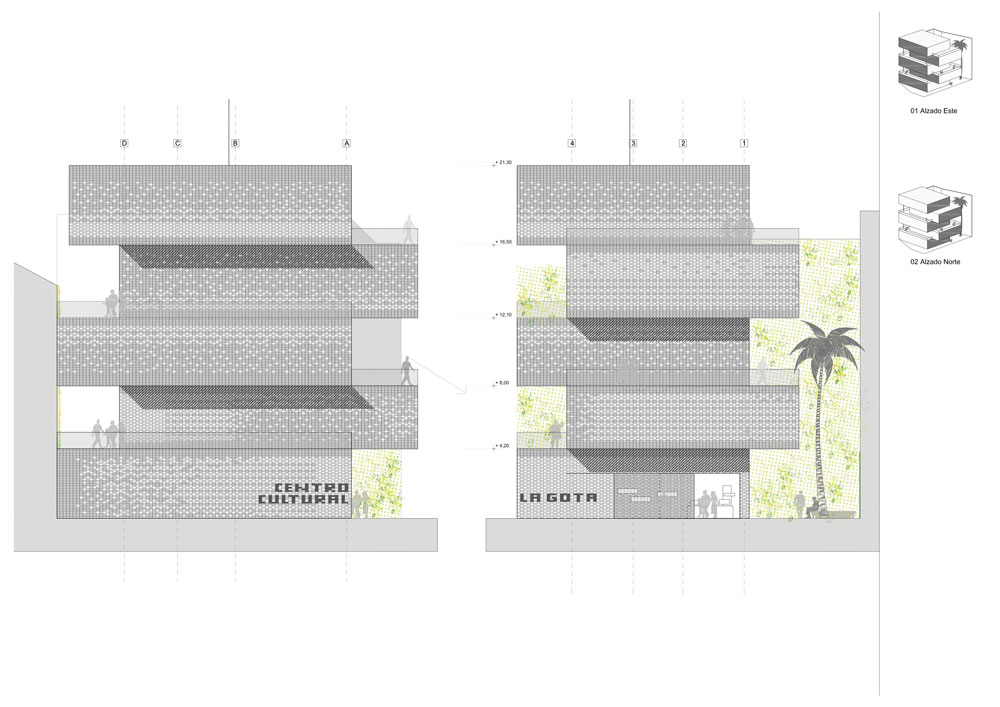 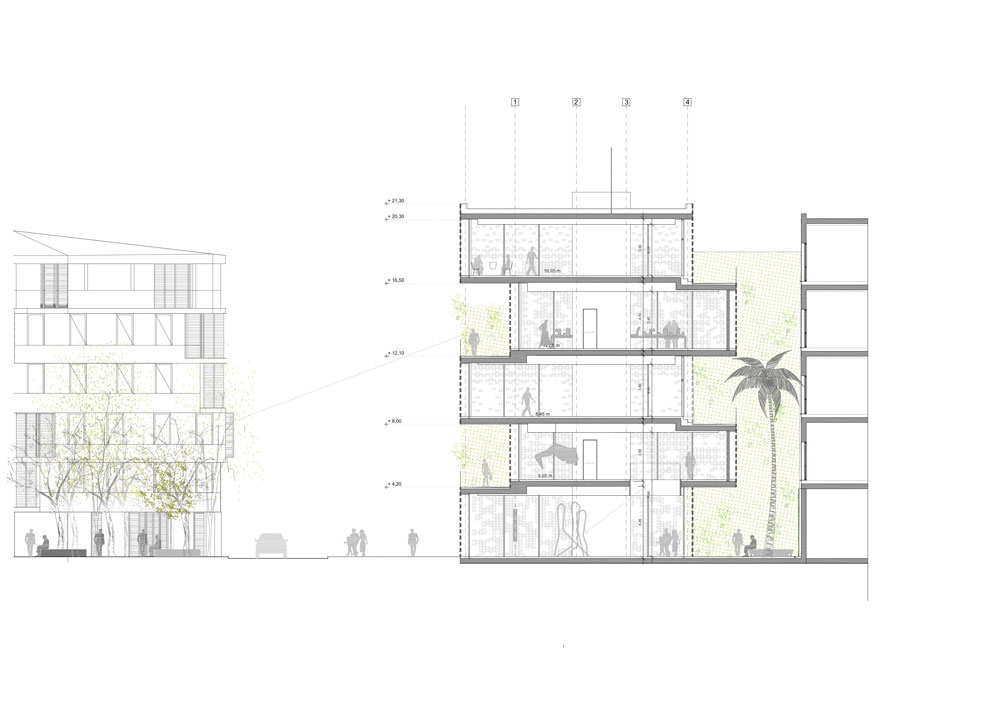 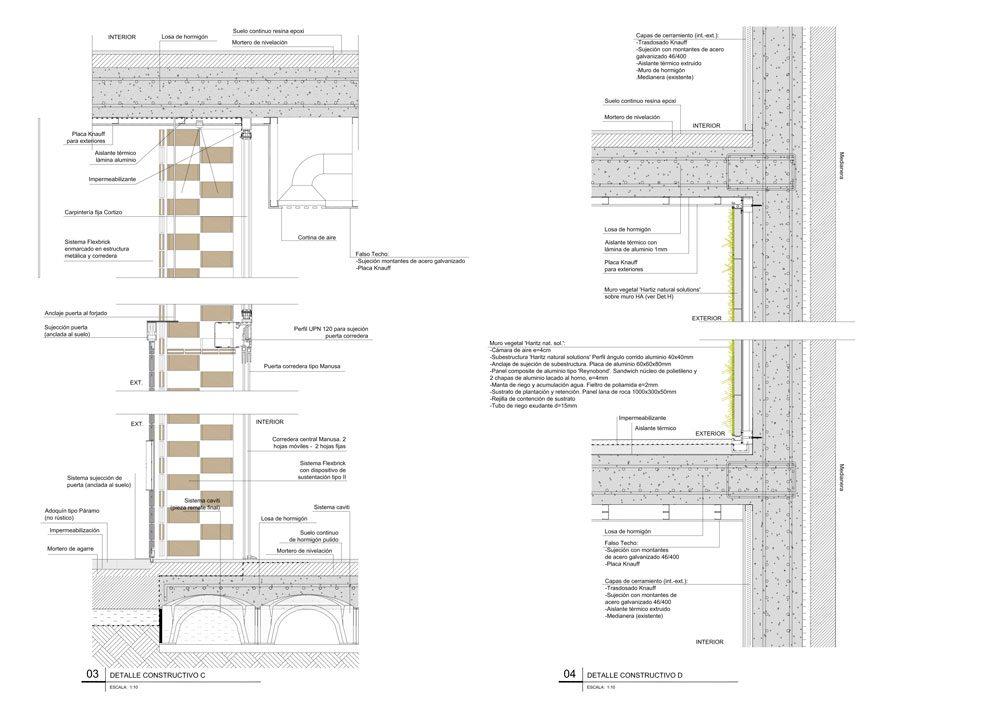 The green wall extends from the Tabaco Museum to the exterior, being a didactic wall with tobacco plants and vegetation of the region. It will also allow cooling for the building in summer with a consequent energy savings. The Center has some space between the adjacent building allowing the creation of a public square flanked by the green wall on one side and ceramic mesh on the other. 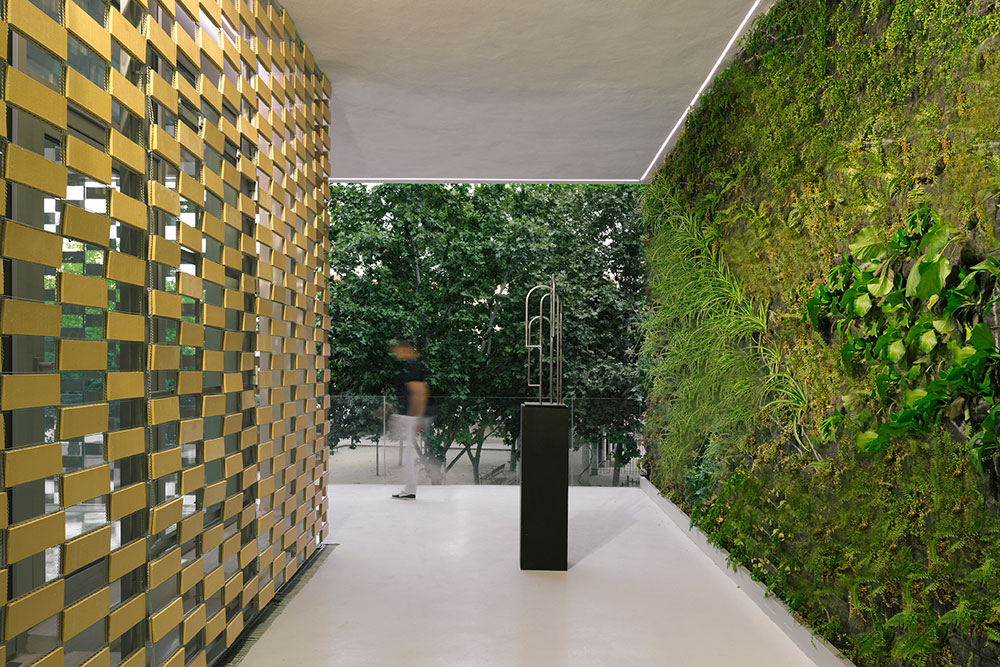 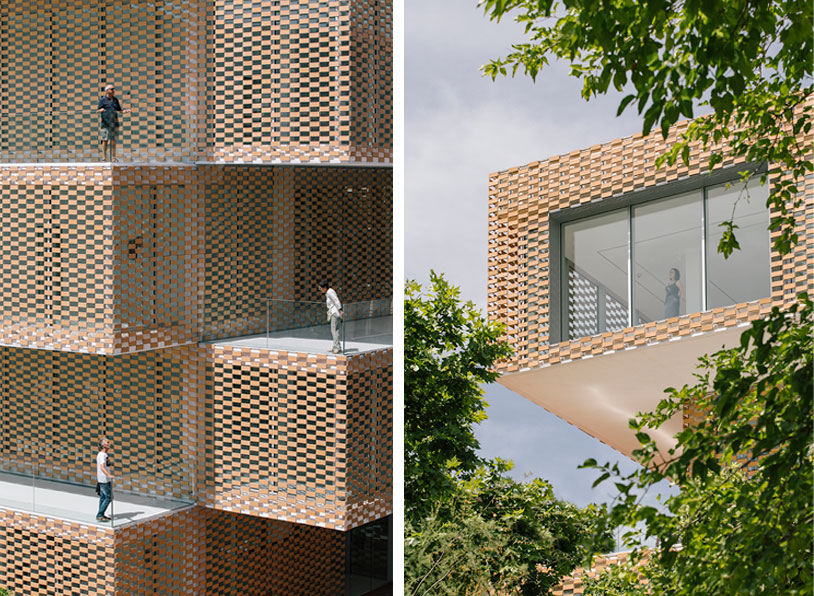 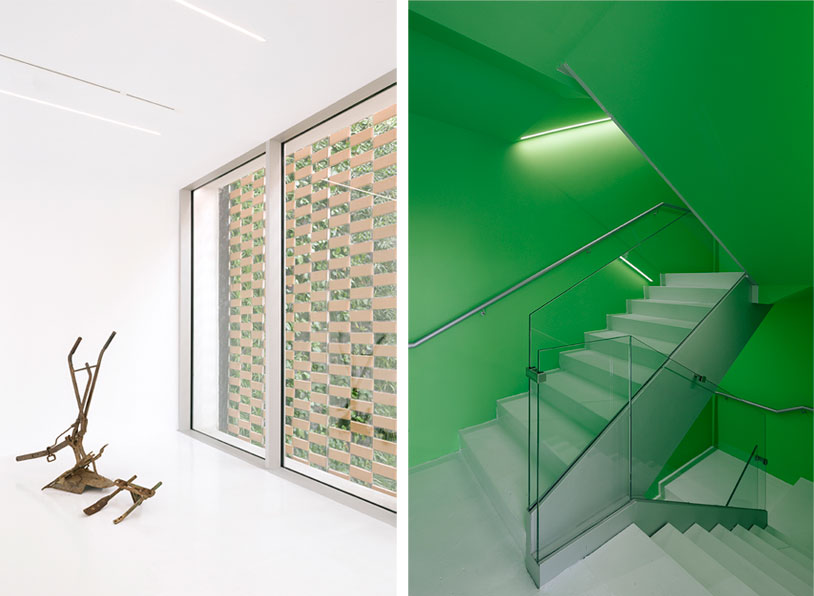 The facade is an industrialized system of flexible ceramic that covers the entire building with different drawings that are produced by various lightness and darkness inside. The system consists of braided steel bars in which the ceramic pieces are inserted into the grid, allowing flexibility, versatility and variability. 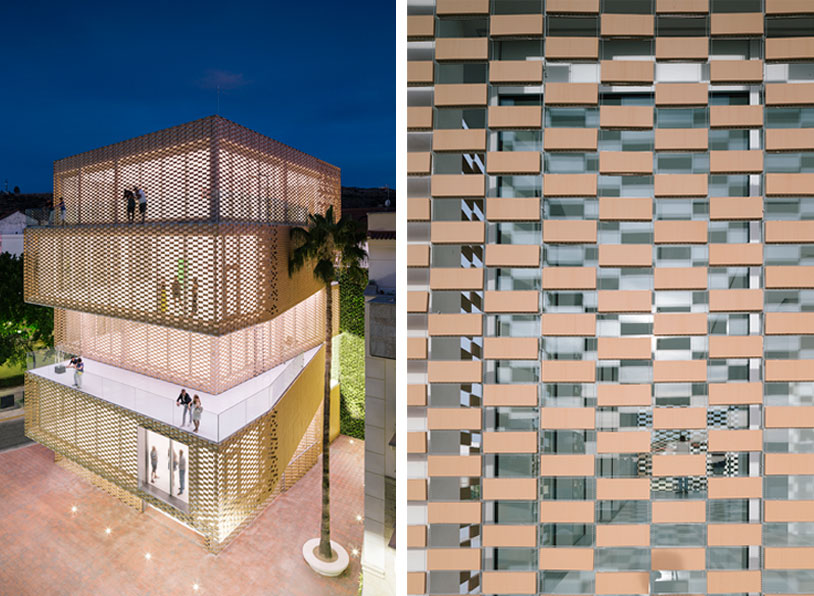 The ceramic facade is divided into modules of 1.00m. and 0.75m. that combines to form the outer drawing that comtemporizes the tobacco drying-buildings. The ceramic mesh is hugging the upper guides screwed to the slabs and tethered to an anchor point for the wind at the bottom. 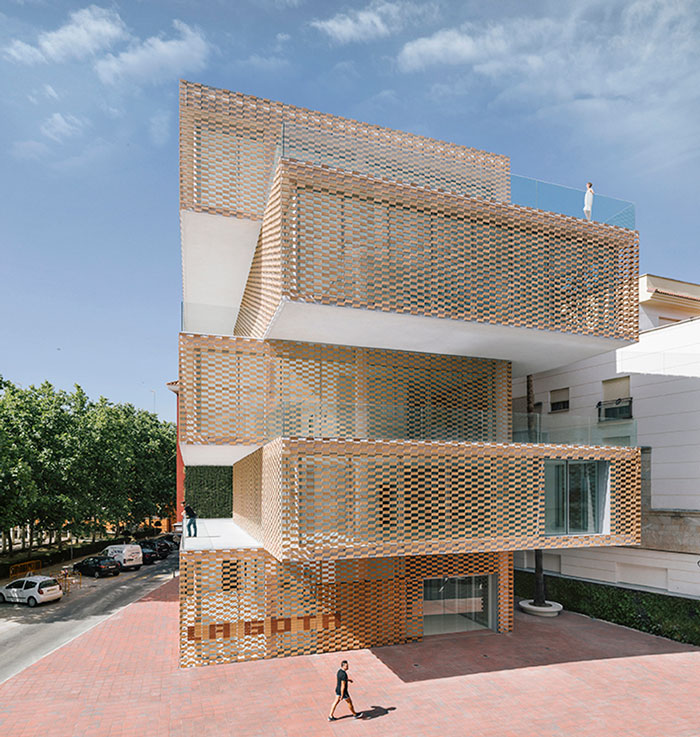 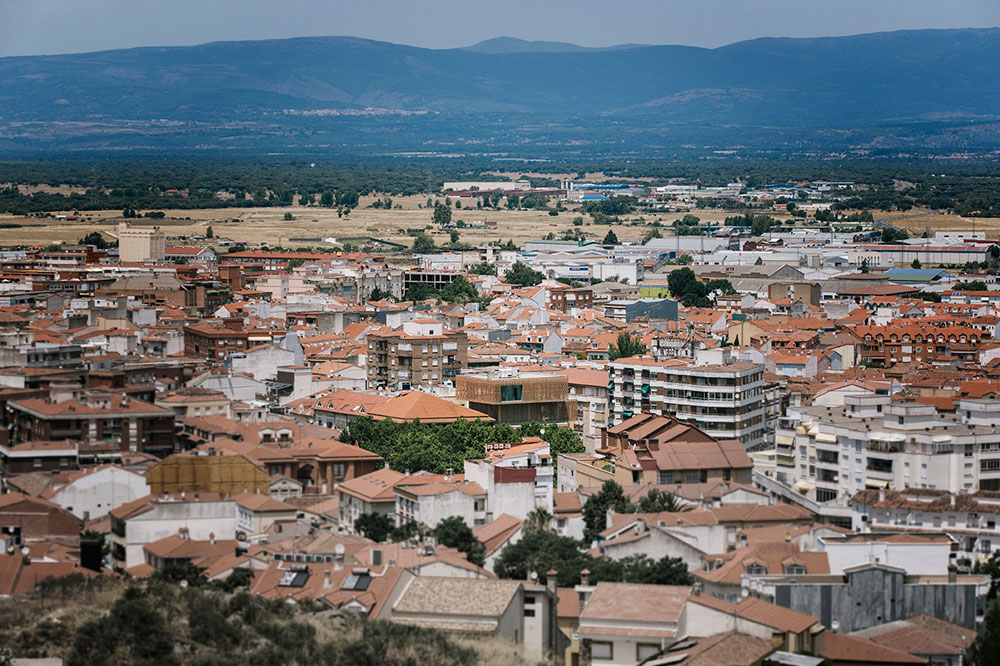