Prior to the modern era, cities coexisted with – and in some cases even enriched – the natural world. Industrialization and rapid growth have made urban spaces increasingly hostile to wildlife. How can we bring nature back into cities without compromising progress? Addressing this question might begin with a reconsideration of our material choices and how we perceive upkeep in the built environment.

The notion of working with a material palette as part of one’s design process is a fairly recent development in architecture. It inherently suggests some degree of freedom of choice with regards to construction materials. Prior to the industrial revolution, designers and builders were typically limited to the narrow range of sturdy minerals that could be quarried and processed in relative proximity to the construction site. This restriction also dictated the use of modular construction methods, where repetitive elements were stacked on top of each other to create load-bearing vertical partitions. Even though cement and other types of mortar have been in existence since Roman times, builders for the most part relied on gravity and friction to keep these massive pieces of stone in place, rather than on cementitious adhesives. The use of discrete blocks of locally sourced natural materials to create city walls, buildings and infrastructure ensured not only that the structures were region-appropriate in terms of climatic conditions and weathering, but also that they could be eroded over time to create cavities for both fauna and flora to inhabit. In addition to the ability of these designers and builders to embrace the idea that their buildings would inevitably change over time, they were also able to relinquish full control of maintenance activities and let nature take its course – literally.

Representing a break from former material traditions in architecture, the modern movement had come to rely heavily on strict maintenance regimes. In order to sustain the physical manifestation of immateriality in the form of all-glass façades, many modern buildings demanded frequent and meticulous cleaning cycles. Later in history, this consistent obsession with cleanliness led to increasing levels of automation – which in turn necessitated an integration of additional components into the design of new façades, reducing any chance of real interaction with the environment even further. In a sense, these transitions represented a shift from environmental coexistence to the sheer exclusion of natural forces from building exteriors. Where designers and builders used to rely on wind and rain to sculpt facades, and on vegetation and birds to create and expand cavities in walls, from this point on in architectural history the expectation of the profession was that buildings should remain as pristine as they were at their inauguration for the duration of their existence. While this seems like a perfectly legitimate expectation in contemporary practice as well, one should wonder whether this process does not lead us eventually to urban spaces that are entirely devoid of nature. Even today, cities are – more often than not – hostile environments for species that were once an integral part of them. Glass façades in U.S. cities, for example, account for up to 988 million collision-related bird deaths annually.[1].

Given its direct engagement in both historical and new construction, preservation practice is positioned at an intriguing crossroads in this discussion. On the one hand, preservation professionals are the appointed guardians of heritage buildings under threat of disrepair – a condition that is typically a result of poor maintenance and/or excessive exposure to natural elements. On the other hand, their role is to introduce new construction in a manner that preserves the original conceptual intent of the architect while also returning the building to a fully functional condition. Regardless of whether the specific project is a careful restoration or a critical preservation, doing so requires erasing the traces of erosive natural forces to a certain extent – the very traces that often provide historical buildings with their unique character. This paradoxical situation, where repair is at once the savior and the adversary of historical buildings, could perhaps be addressed through preservation as selective decay, if you will: a process that would restore some parts of a given building while allowing other parts of it to continue deteriorating. 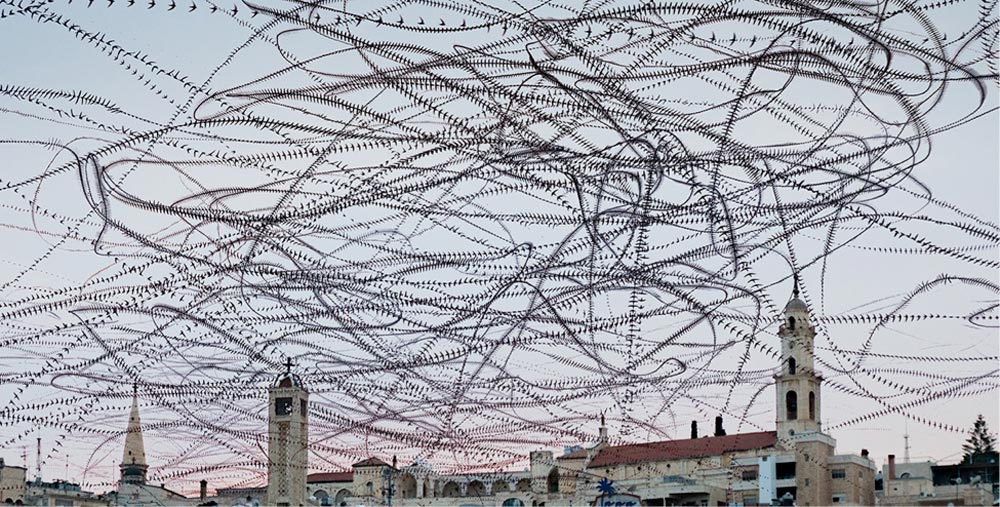 In summation, reintegrating nature into the urban domain is no easy task. However, this discussion suggests that it can be done incrementally using manageable measures. One such measure would be a reconsideration of the way we, as designers, envision materiality in architecture. In this scenario, envelope materials, for example, could be sourced from fragmented, inaccurate or porous stock to allow sufficient room for plants and animals to sneak in and resurface intermittently. This shift also implies a transition from a fully controlled maintenance mode, where exteriors are continuously monitored and repaired, to a symbiotic maintenance mode, in which upkeep is sustained to a limited extent, allowing natural forces to shape and change buildings and cities over time.