This essay is an excerpt of China Lab Guide to Megablock Urbanism by Jeffrey Johnson, Cressica Brazier and Tat Lam, published by Actar Publishers.

The terms block, superblock, and megablock indicate an increasing capacity and scale of urban form and organization over time. This ascending sequence marks the block as an element in a clear urban hierarchy associated with ever-larger cities: the historical city, the modern metropolis and megalopolis, and now the emerging megacities of Asia.

The scale of block dimensions has shifted over time as the block’s area has been enlarged from its small-scale, early beginnings to grid formations with 0.6-hectare blocks, 6.5-hectare superblocks, and megablocks of 65 hecatres or more. Blocks can form regular or irregular networks of streets, designed by collective use or by landowners intent on development. In each case, the block design is often devoted to a single use as the scale increases, reducing the mix of uses in the name of efficiency. At the same time, the grid, or network of streets, provides a framework for nesting multiple blocks of single uses within the city. As the scale of the city expands, regular blocks nest inside superblocks, which in turn nest within megablocks.

Historically, the nesting of blocks provided a potent system of urban organization that only changed when the increasing pace, scale, and sequencing of development created new hierarchies, allowing modern cities to expand in superblocks across open territories. Initially this new approach required the segregation and sorting of all functions, but with more advanced communication and information systems, new hybrids and mixtures have become possible in the megablocks of both rapidly expanding and shrinking cities.

Michael Weinstock, in his 2010 book The Architecture of Emergence, paints an elegant picture of the evolution of the nested block system that begins with early migratory groups, whose pit houses and long houses were arranged in courtyards to respond to solar conditions.[1] When deserts expanded as a result of climate change, mass migrations carried these settlement patterns into the Nile, Tigris-Euphrates, Indus and Ganges River valleys, the Mekong Valley in South Asia, and the Yangtze River and Yellow River valleys in China. Such water-based cities and empires were unstable and vulnerable to collapse. Beijing, for instance, was refounded by several dynasties, each time with increasing levels of organization and control. By 1400, Beijing had developed a nested grid and courtyard system with blocks of houses on 150-meter hutong nested in 1,000-meter superblocks inside megablock districts, including the enormous 100-hectare Forbidden City. 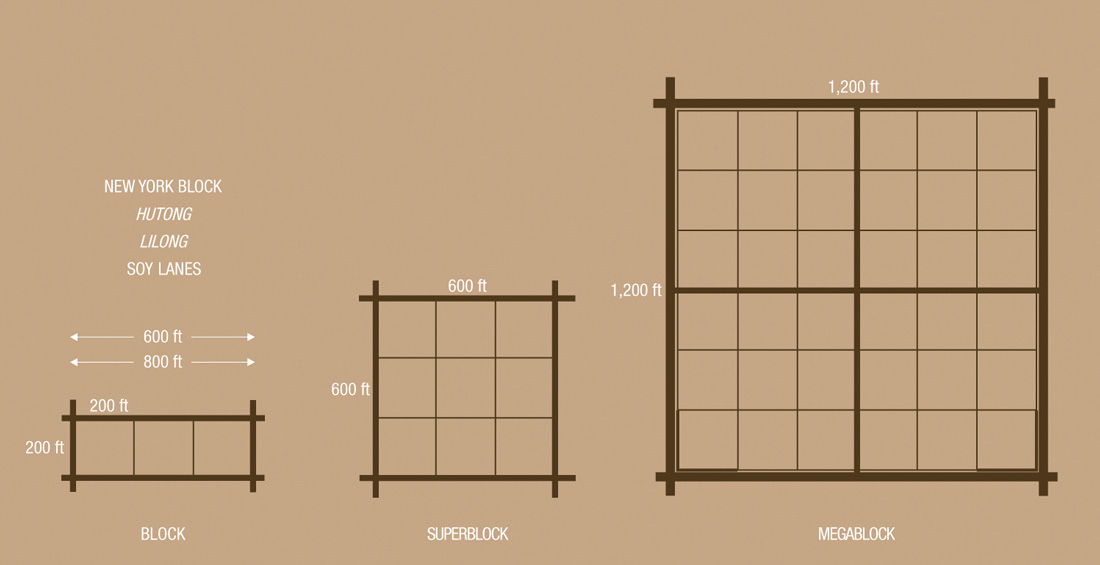 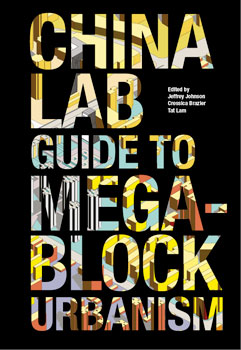