From 14 to 17 May 2019, Fira Barcelona hosted the 21st Barcelona Building Construmat (BBConstrumat), a biennial trade fair bringing together leading firms in the construction sector. Coinciding with its 40th anniversary, while backing innovation and digitalization, the fair set out to promote sustainability and the circular economy as keys for the future. One clear example was the design by Josep Ferrando Architecture for the communal spaces and thematic areas: Future Arena, Talks Arena and Meetings Arena. For this total of 34,000 m2 devoted to stands, technological advances, debates and business contacts, Ferrando proposes an ephemeral architecture in keeping with the singular compositional dynamic that informs the practice’s work, starting from a system that solves problems logically and economically, opting for recycling and reuse as its key concepts. 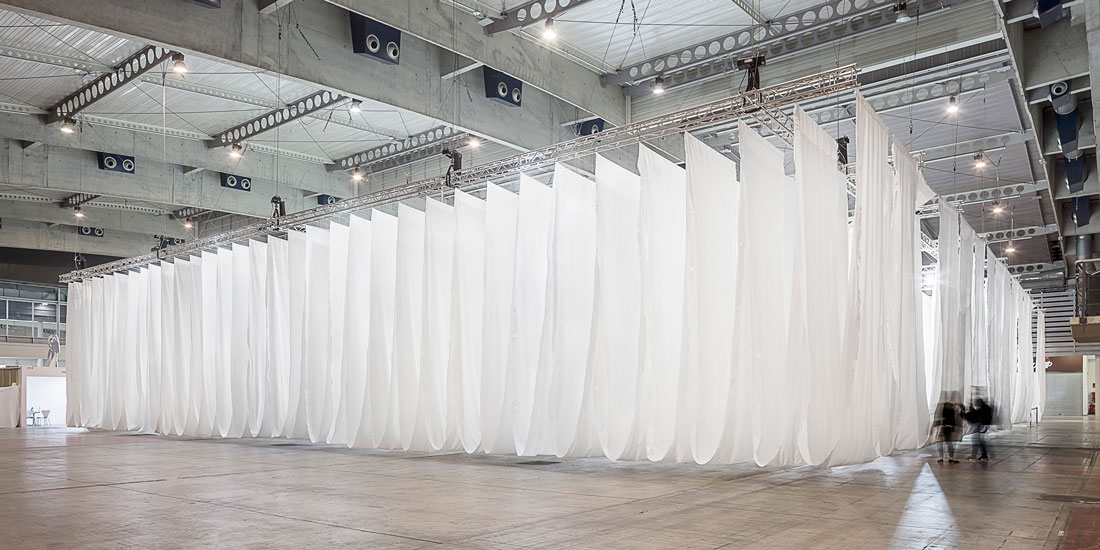 Using just two materials, Barcelona-based architect Josep Ferrando has created singular, seductive, functional spaces that meet the criteria of circular economy. One is geotextiles, industrial fabrics with a standard format of 2.20 x 200 m. which will be reused later for their original function in roofing. The other is huge metal girders that previously served to transport the prefabricated units being used in the construction of Barcelona’s Sagrada Familia and which will return to their original function when BBConstrumat closes.

In addition to a firm commitment to harnessing resources, Ferrando’s project conveys what he defines as a universal tautology of construction, “Almost all spaces and almost all construction materials work in two ways: hanging, therefore in traction, or piled, i.e., under compression. Two ways of working, traction and compression, that have been historically present in architecture, from classic to contemporary buildings. Two ways of working in which lighter-weight elements, like textiles, contrast with heavy elements, such as steel. The dialectic between lightweight and heavy, between transparent and opaque, has always been present, and that is what our intervention sets out to convey.” 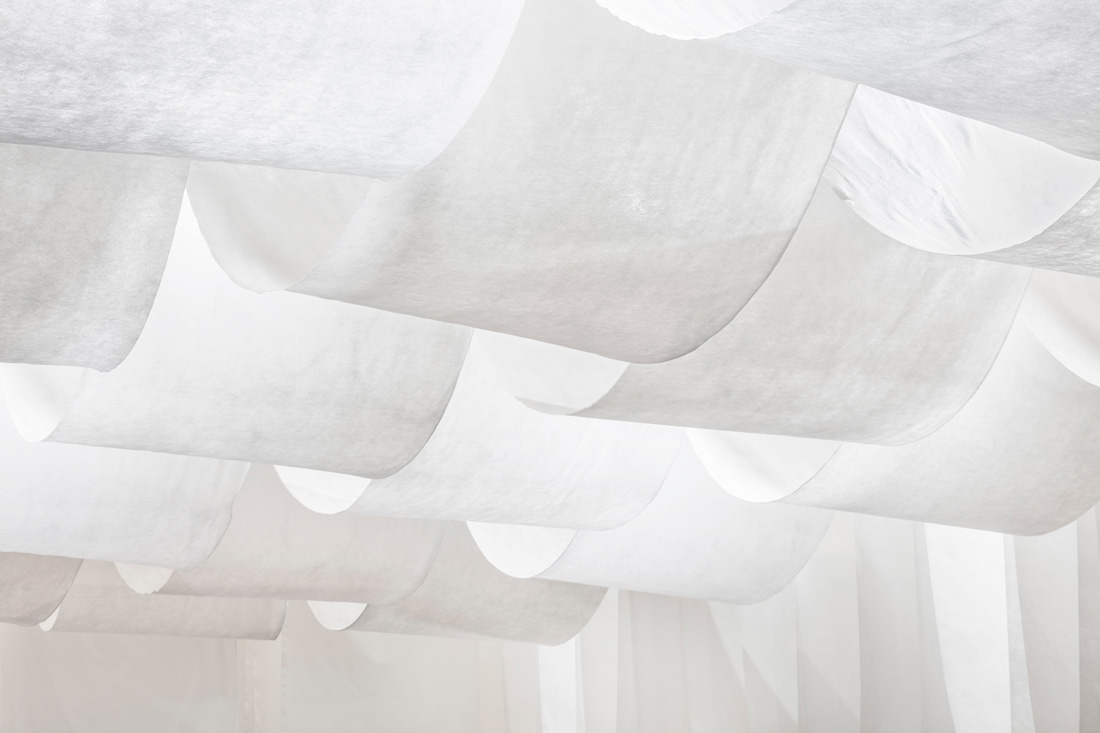 That is why, over and above its decidedly sustainable approach, Josep Ferrando Architecture’s project for the communal areas of BBConstrumat 2019, in keeping with the practice’s conceptual discourse, basically contains two materials. One, geotextile, working in traction, hangs six meters from a repeated portico structure to generate translucent waves of differing heights that float down to 45 cm from the floor, shaping and regulating the space, and recreating a kind of cave which, in turn, houses small openings inside. The other, meanwhile, are metal girders that work under compression, piled up to different levels to create the furnishings: 45-cm-high benches and 75-cm-high tables, among other fittings. 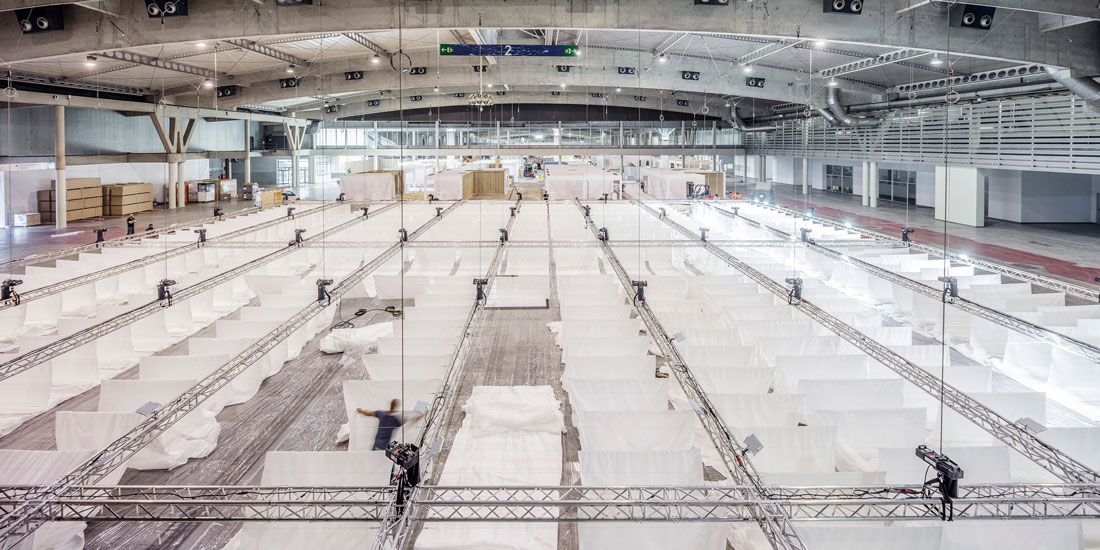 In short, it is an original ephemeral architecture that is committed to the planet and materializes the historic language of construction and, therefore, of architecture.