Amphibious, commissioned by the City of Austin’s Art in Public Places as part of a Street improvement project, is inspired by the restoration of nearby Waller Creek. The creek, which runs next to Sabine Street in Austin, TX, where the project is sited, has been reduced to a concrete drainage channel. Now, as a part of Austin’s ambitious Waterloo Greenway Chain of Parks Project, Waller Creek is slowly being rehabilitated. Imagining frogs and toads returning to the creek’s newly restored riparian banks, Amphibious is Austin’s first civic monument crafted to honor vulnerable species. 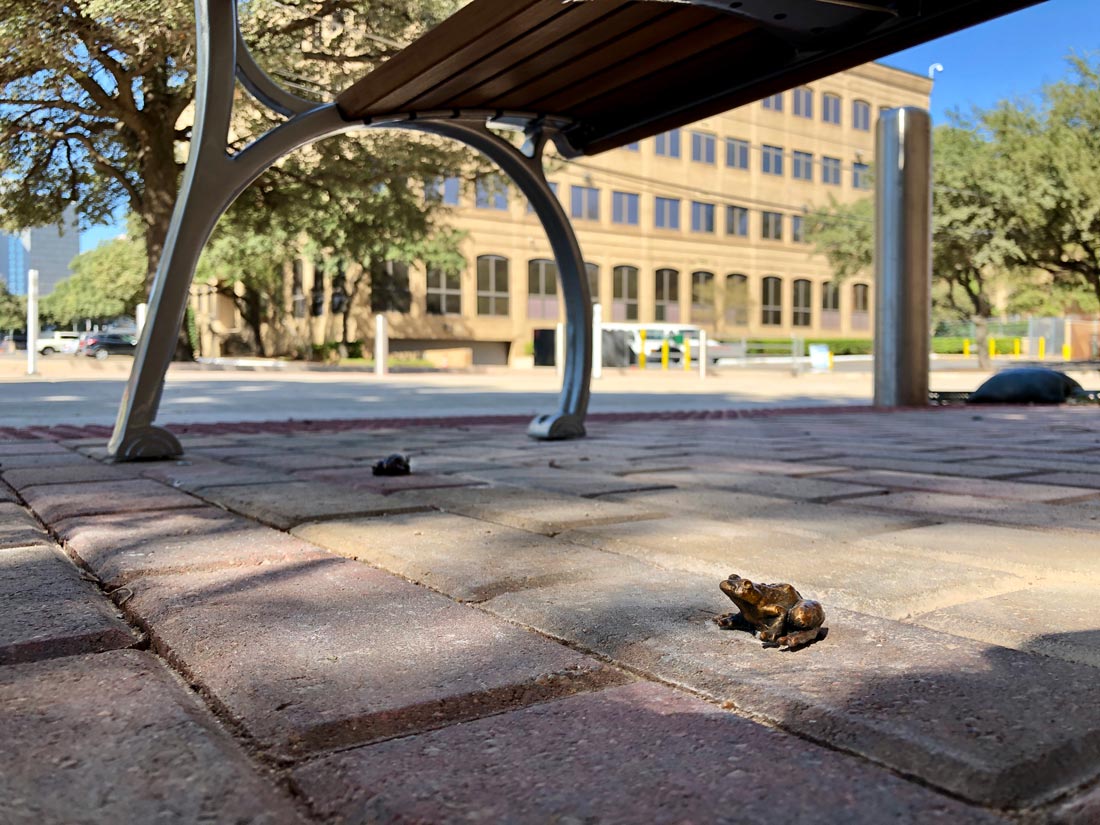 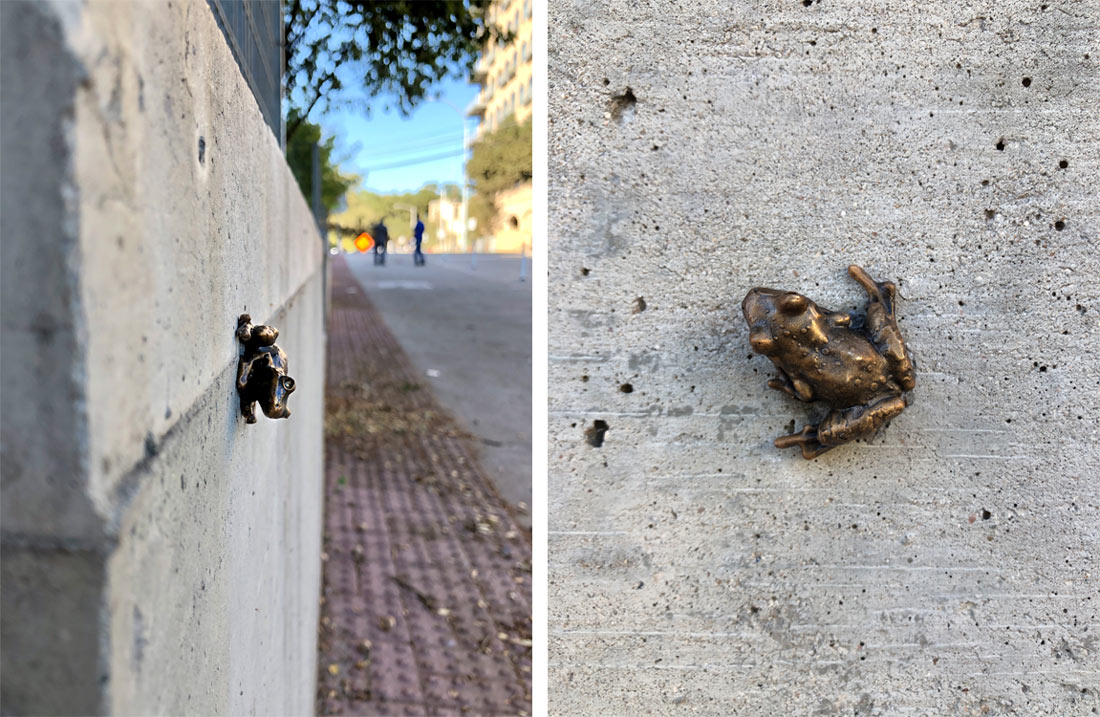 A traditional goal of civic monumentality is to be conspicuous, to be seen, and to honor certain members and events of civic life. Most civic monuments are systematically planned and crafted: bronze is typically used for permanence, and subjects are often scaled much larger than life. They are traditionally placed high up on a base or pedestal set in a prominent location, such as a city square. You can’t miss them, and yet, up until this current moment of essential reckoning regarding who and what actually deserves memorializing, most end up being ignored or unnoticed. 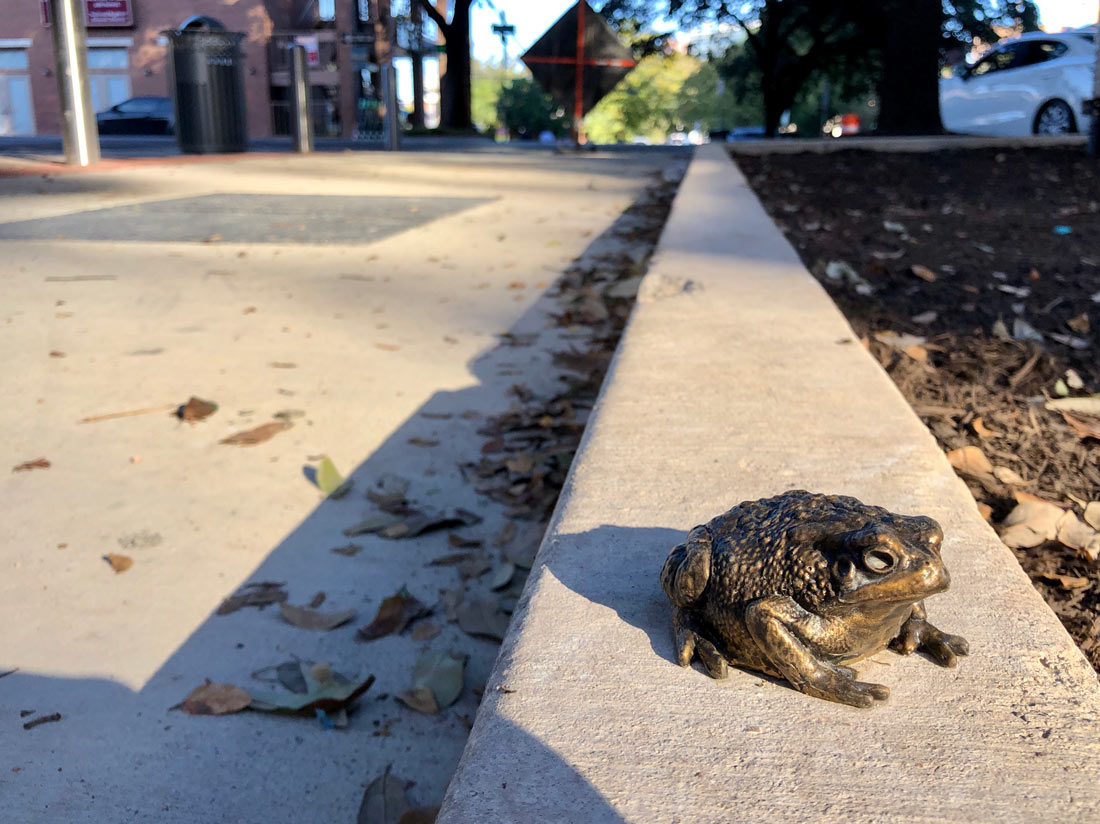 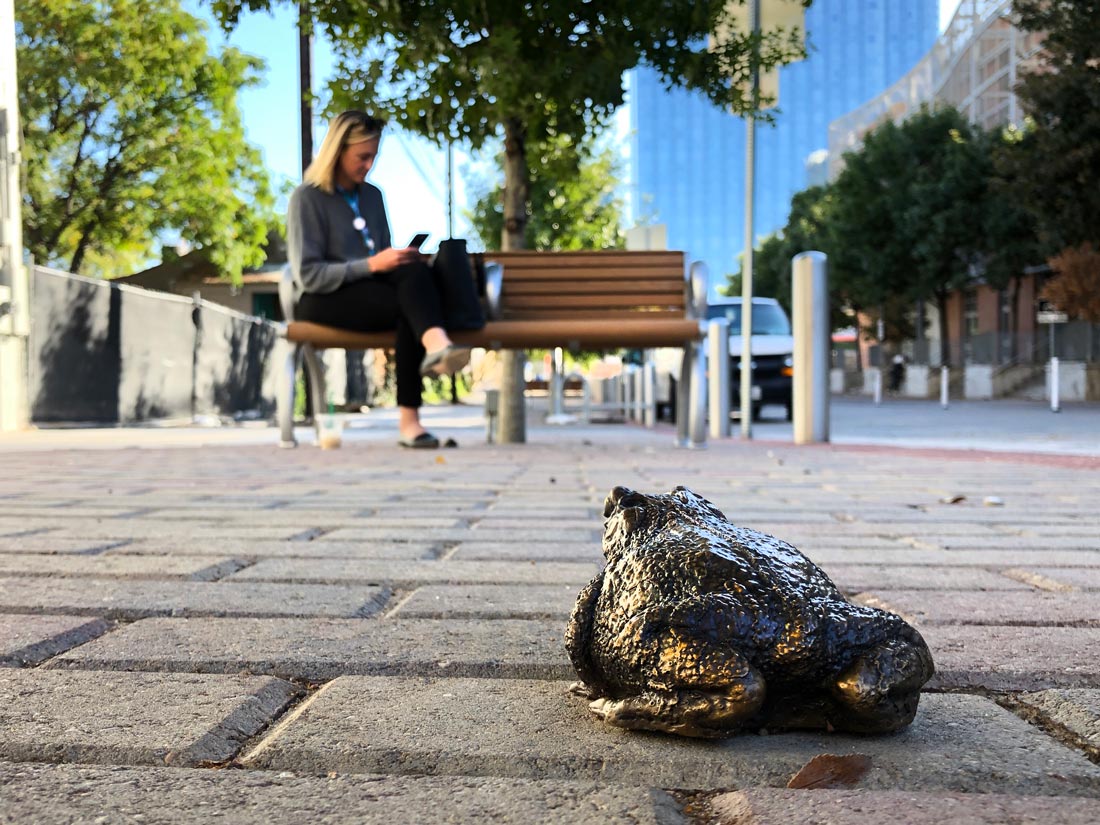 Amphibious challenges the notion of the typical heroic monument. While crafted in bronze, the 35 sculptures are exact life-sized replicas of toads and frogs that once inhabited the creek and its living, wild edges, now lost to urbanization. They are crafted as literal representations with no artistic interpretation, anthropomorphizing or embellishment. They have no pedestals and are sited in out-of-the-way places under benches and on curbs, where people don’t usually look. A toad on a downtown street is not expected, just as one does not expect to see a bronze work of civic importance underneath a bench. This monument is meant to be inconspicuous, hidden in plain sight and, most importantly, it is meant to be discovered and given thought. 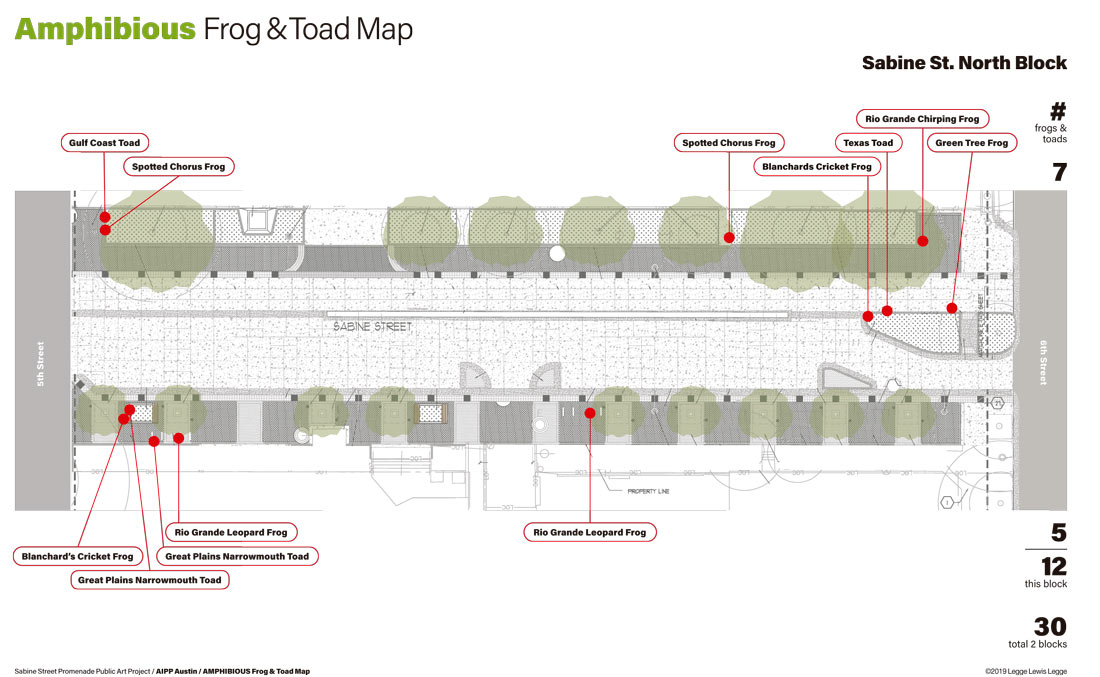 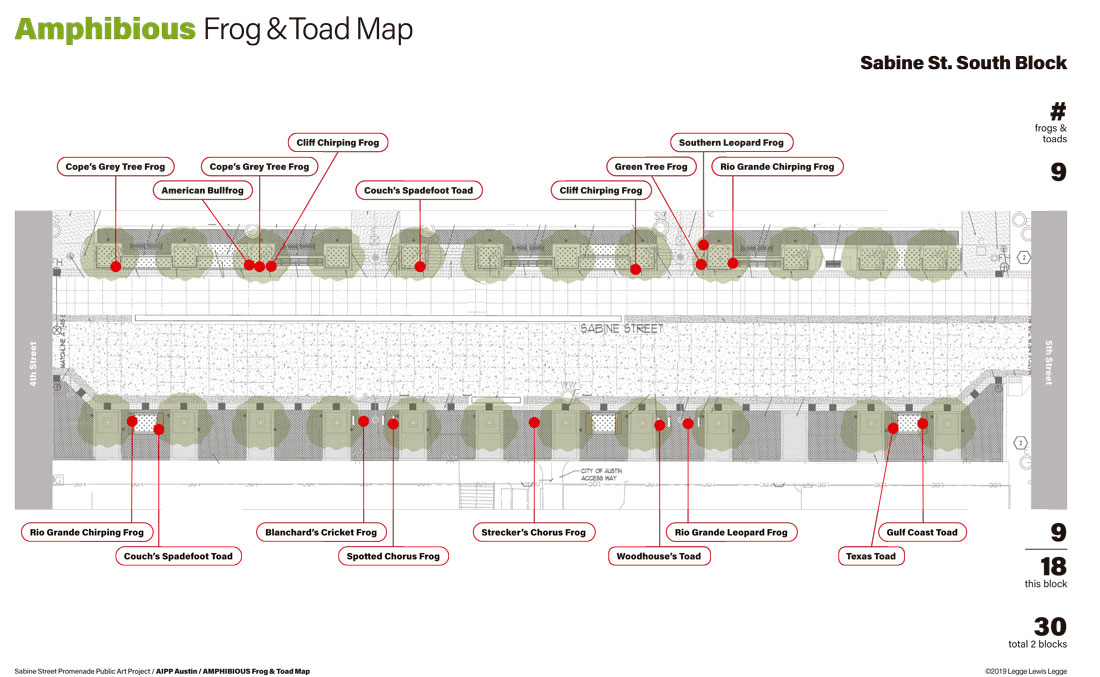