In their winning proposal for the competition for the first of four towers in Grønttorvet (the former vegetable market outside Copenhagen), Tegnestuen LOKAL drew inspiration from the area’s industrial history to create a landmark with a green identity for the neighborhood and the future residents.

When the Copenhagen Vegetable Market outgrew its location in the city center in the 1950s, wholesalers moved to the adjacent town of Valby. An industrial complex was erected from where fruits, vegetables and flowers were sold to restaurants and retailers throughout Copenhagen. Today, the city has grown to surround the market, complicating logistics around the initial function and causing the vegetable market to relocate once again. This calls for a new purpose for the area. 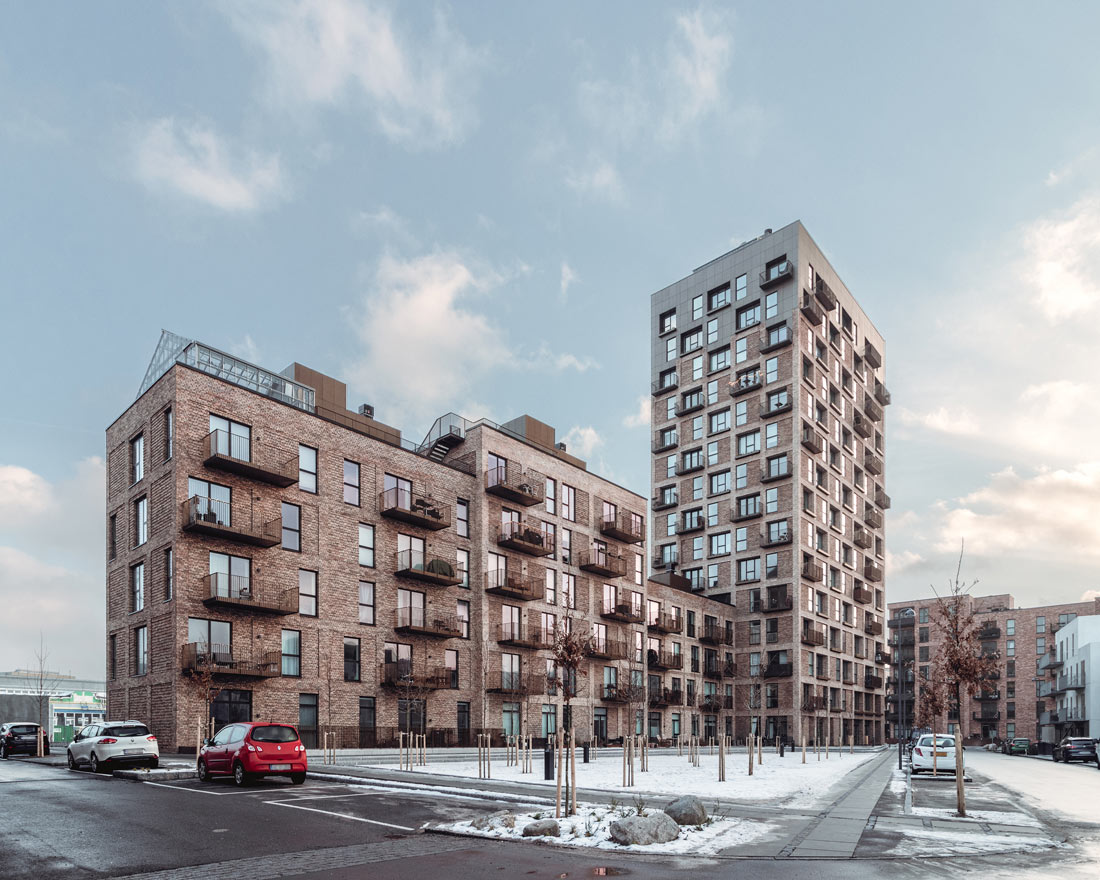 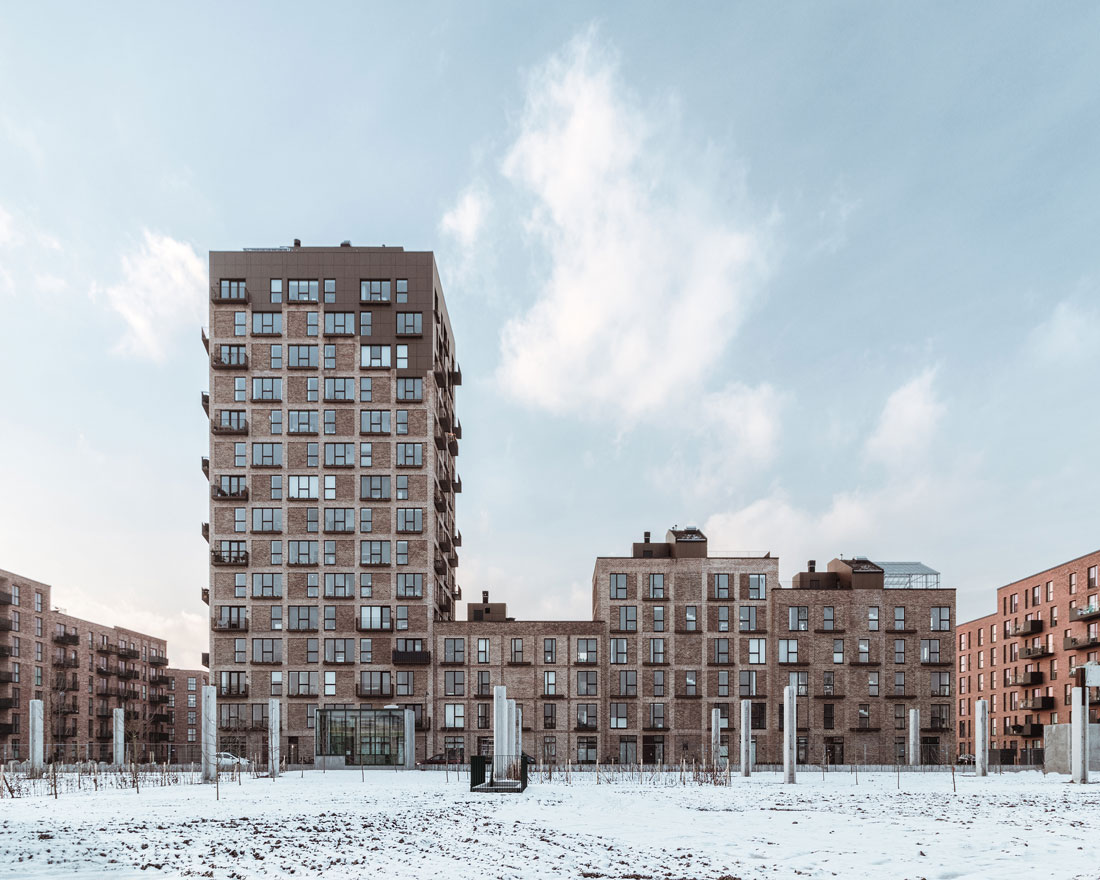 When the last wholesalers left the area, the architectural environment was in a state of disrepair. Tegnestuen LOKAL chose to expand the frame of reference to include the nearby industrial complexes of Carlsberg and F. L. Smidth, where the buildings have withstood the test of time. A palette of red/brown bricks grounded the new residential area in Copenhagen’s history, and a special emphasis was put on detailing the brickwork of the new buildings. 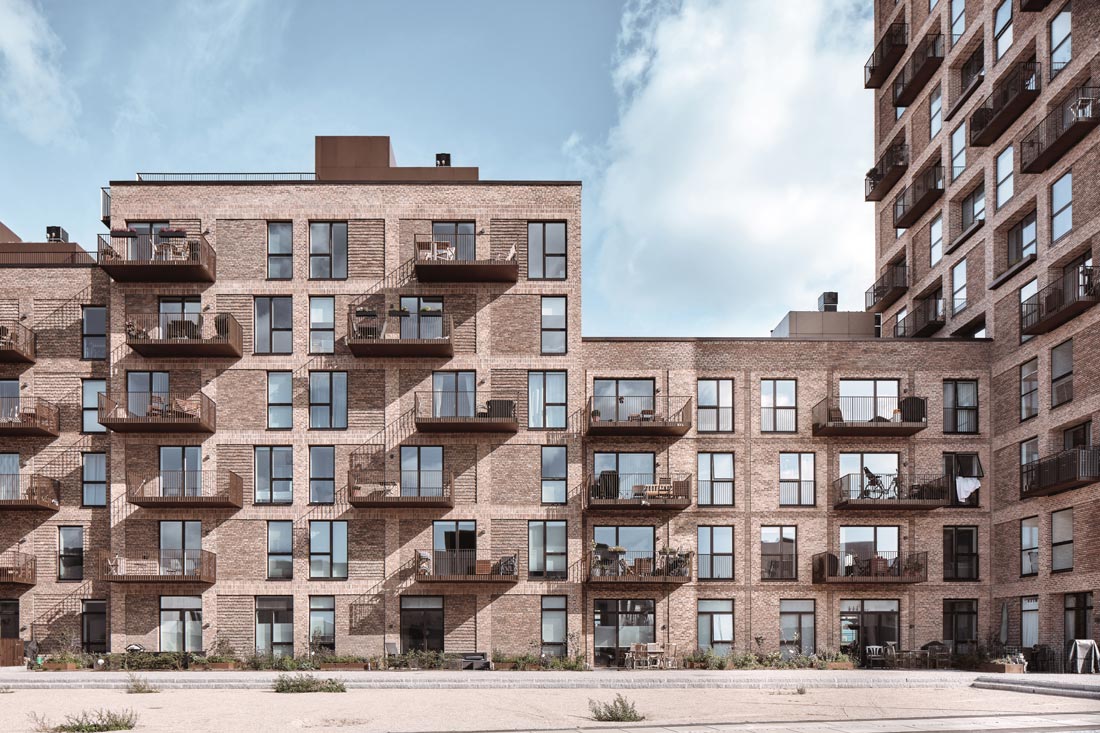 The tower and building body integrate the history of the vegetable market with the buildings by creating a vernacular of clear-cut, well-detailed volumes of bricks and plants. The result is an architectural statement that incorporates private gardens into the apartments of the tower, while, from a distance, signaling the history of the area and the industrial scale. 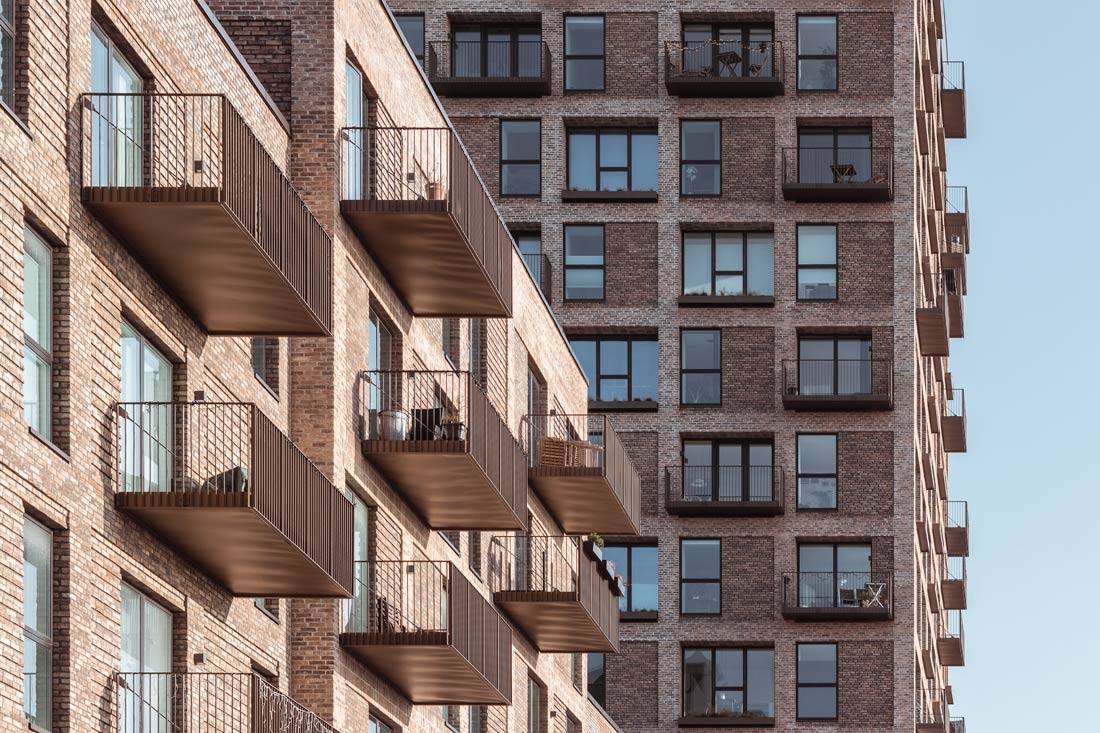 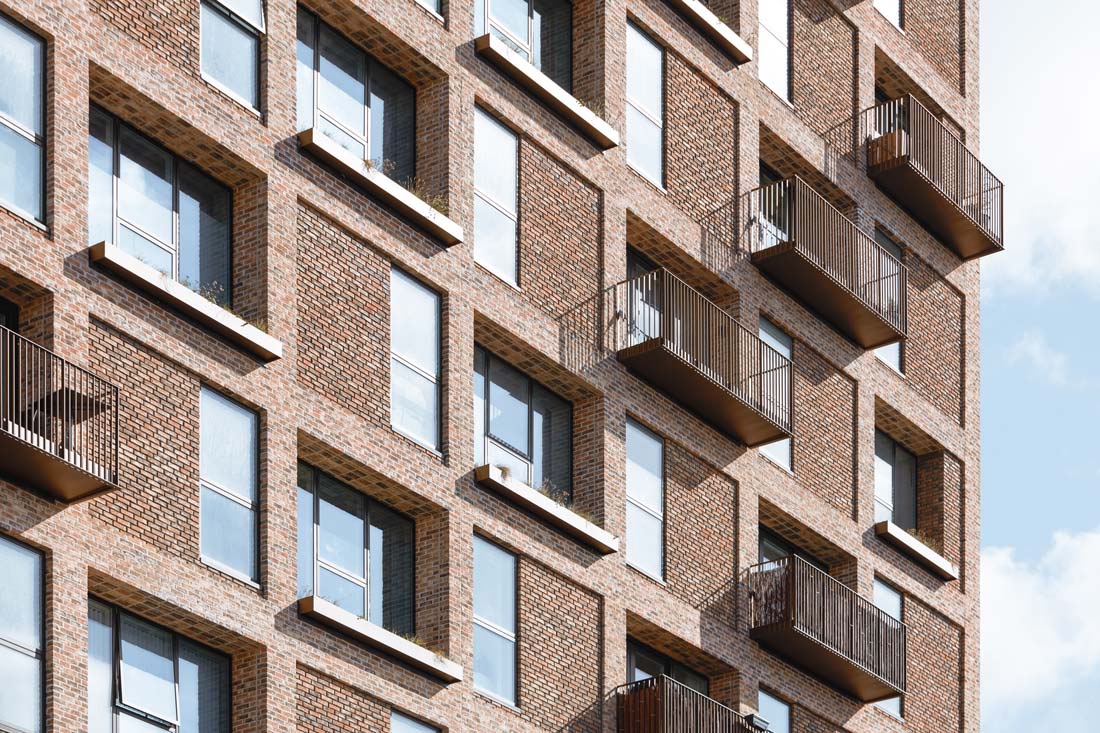 To accommodate the best daylight conditions for the residents in the tower, large planes of glass shift from one floor to the next in a checkered pattern, minimizing the shading effect of plants and balconies. The balconies and gardens are nestled into the structure to provide shelter from the strong winds that blow around the tower. The recessed areas give the tower a clear, legible and expressive relief from a distance, which reduces the scale of the building as you approach it. 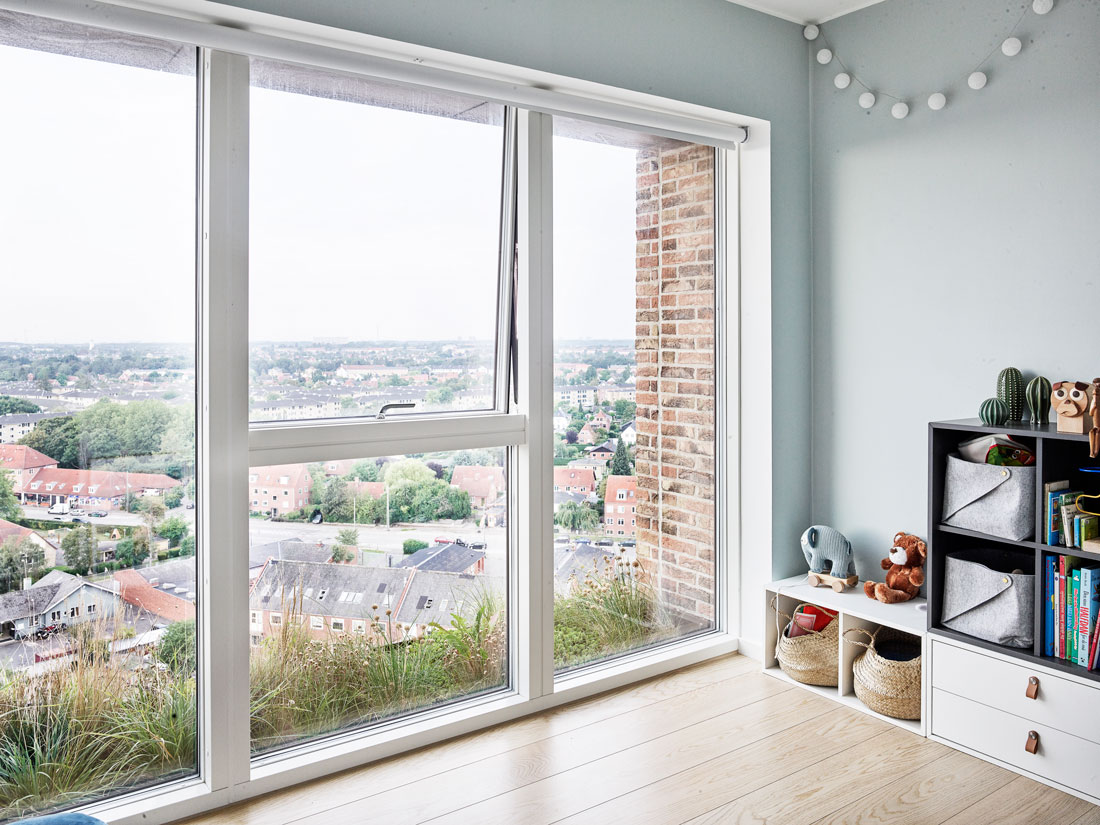 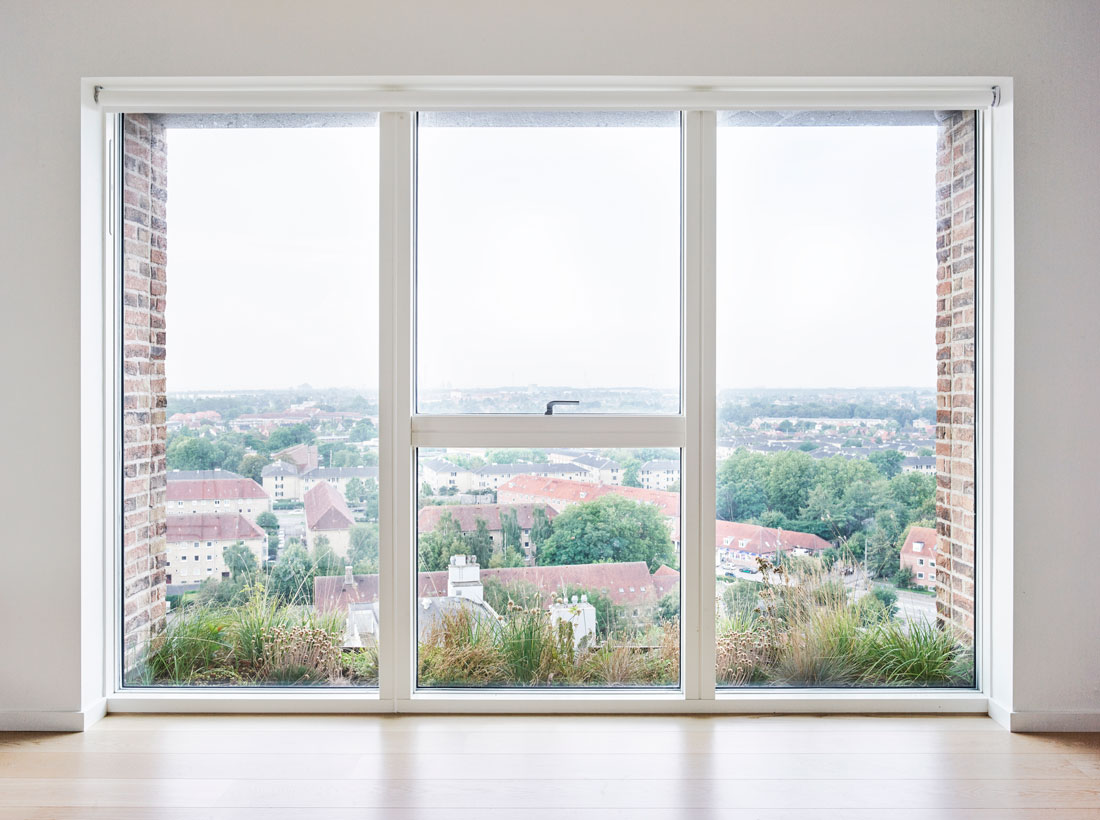 The project includes four separate sections of apartments that vary in height and placement. To emphasize the identity of the individual blocks, different façade compositions coexist within the same architectural framework. The same brick is used on all sections of the building, but detailing, mortar type and color vary, creating a clear distinction between the façades. The history of Grønttorvet is also present in the cooperative greenhouses that crown the building. Here and in the adjacent edible park, residents can grow, eat and sell their own organic vegetables, creating a healthy sense of community in and around the building. 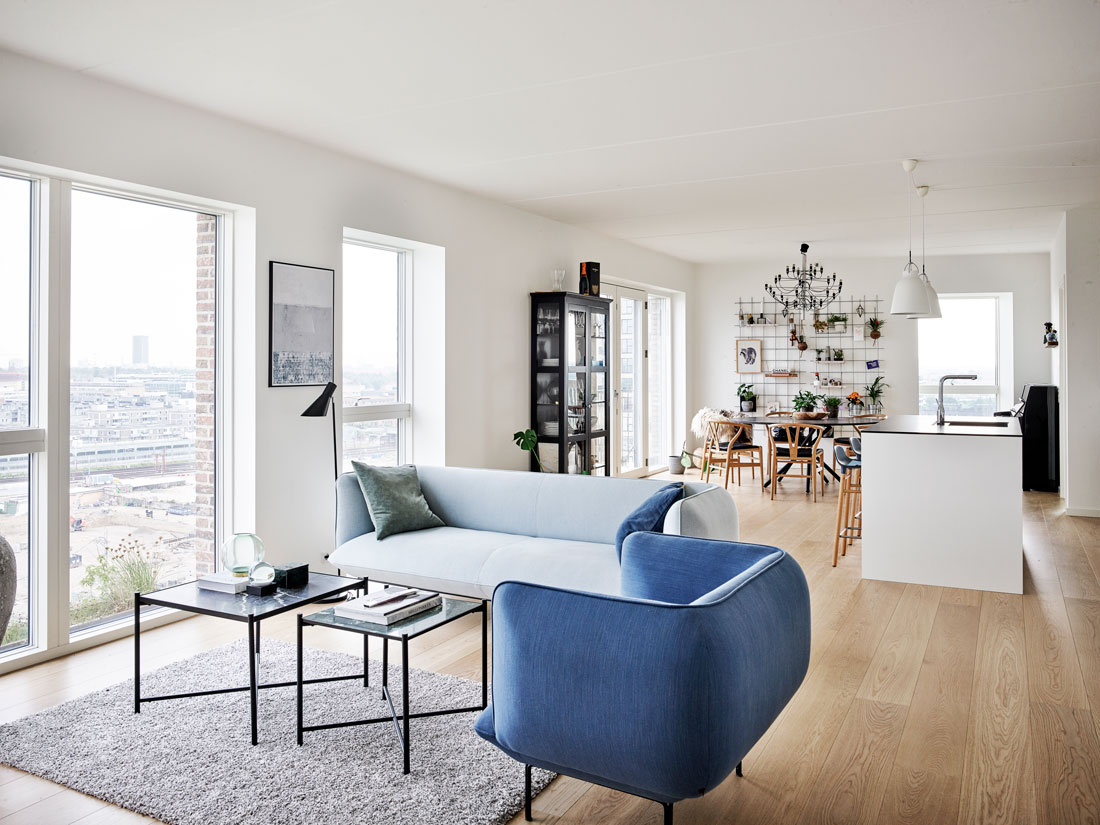 The project was conceived in an innovative competition style where younger architectural practices in Copenhagen were invited to compete on large-scale projects alongside experienced firms to create a diverse field of contenders for the distinct and visible towers of the new residential area. Tegnestuen LOKAL won the competition and developed the concept in a close dialogue with the client, FB Gruppen, and collaborator Mangor & Nagel. 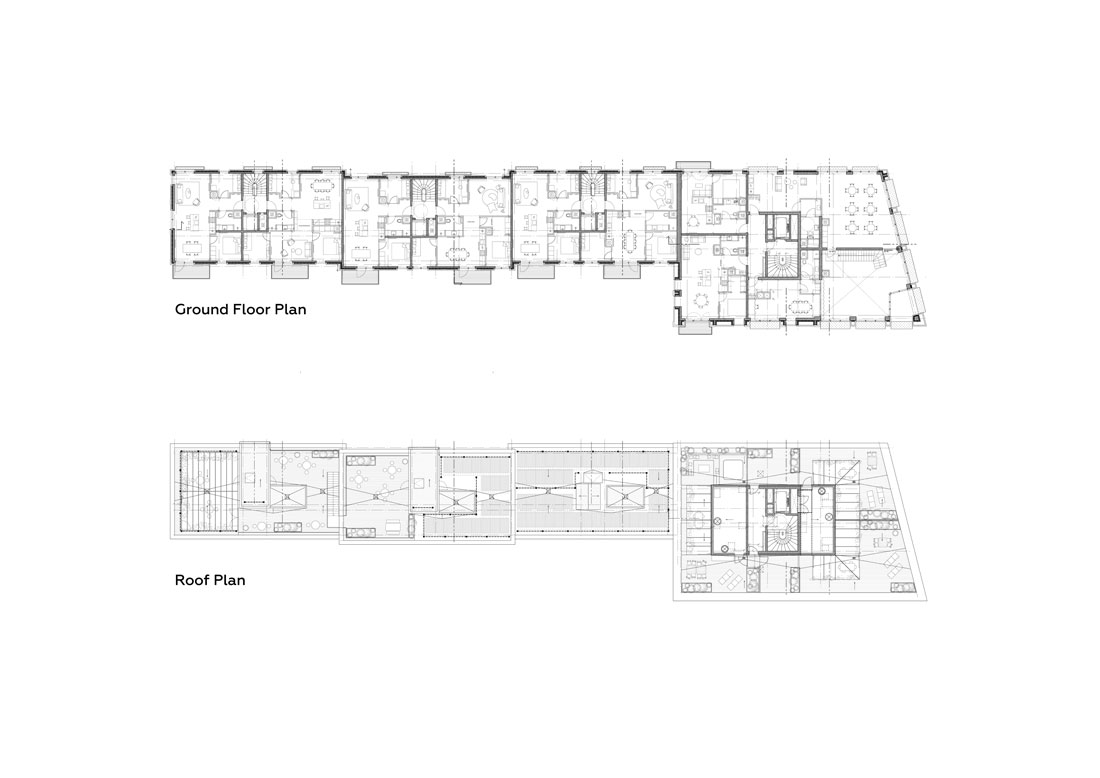 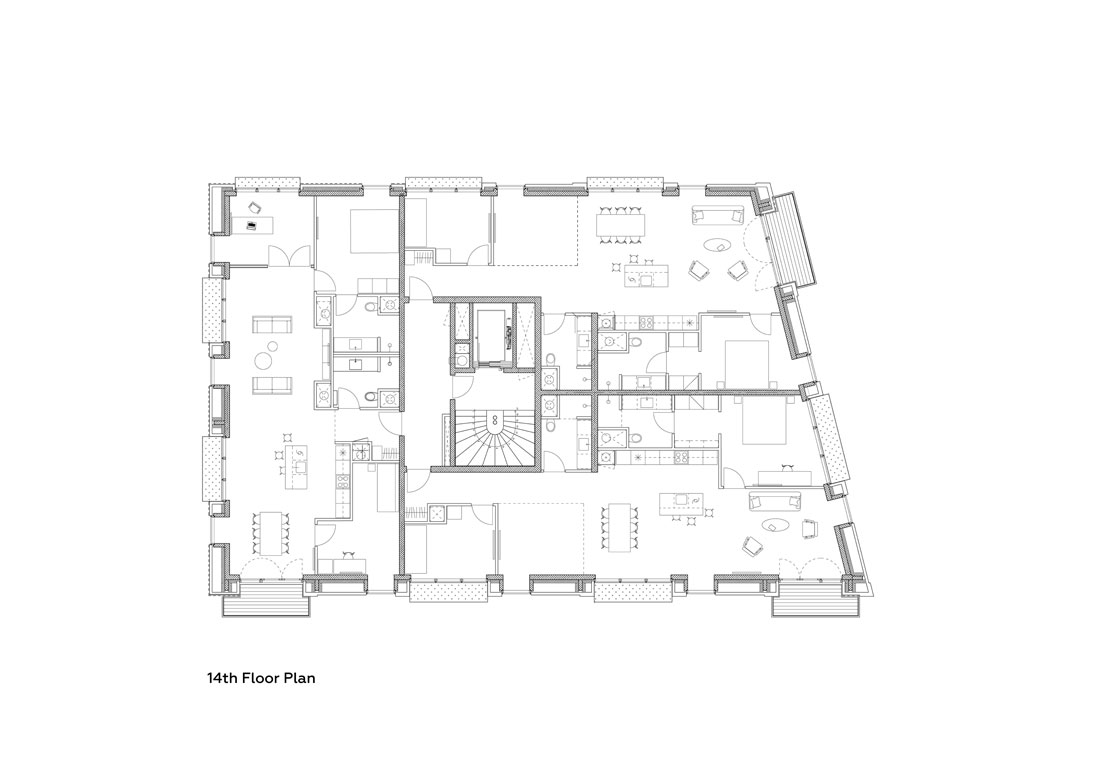