All That Is Urban Melts Into Air

Eight out of ten of the world’s cities are currently unable to guarantee breathable air for their inhabitants, according to the World Health Organization (WHO). We are, then, faced with a conflict that has an urban scale and that challenges us, in the fields of urban planning and architecture, to rethink how we can build healthy and spatially just cities.

Although the impacts of urban activity are portrayed as being far removed in time and space, due to a climate change surrounded by the agnostic and the indifferent, today we are already experiencing the direct consequences for urban environments in the form of a public health crisis. The global climate crisis is now a local public health crisis.

Firstly, the CO2 emitted by fossil fuels causes serious impacts at planetary scale. Global warming is changing the earth’s climate with rising temperatures, the extinction of species, the appearance of pandemics, rising sea levels, the arrival of huge, highly destructive storms, and the alteration of harvests, causing hunger, poverty, inequality and, ultimately, the extinction of the human species. CO2 is an emission of delocalized origin, which means that the place where it is emitted and the place where its impact occurs are distant in space and even in time. While CO2 is not directly harmful to health at current concentrations, it is harmful to the balance of the climate and ecosystems.

Furthermore, other air pollutants resulting from fossil fuel emissions, such as nitrogen dioxide (NO2), ozone (O3), carbon black (CO), sulphur dioxide (SO2) and nitrogen monoxide (NO), as well as other sources (PM10 and PM2.5 microparticles, dust from the Sahara and from road works, the formaldehyde from everyday chemicals), directly affect the human and non-human life forms around them. These are pollutants emitted right where the air is breathed, within some dozens of metres. This is the other face of the problem. Despite the direct relationship in space between the emission and its impact on health, it is a problem that often goes unnoticed due to the lack of sensory trace, which makes the action of these pollutants difficult to prove, bring to people’s attention and eradicate.

Worldwide pollution caused by PM10 microparticles, nitrogen dioxide (NO2), ozone (O3) and sulphur dioxide (SO2) on 25 June 2018 according to data provided by the Copernicus Sentinel satellite network of the European Space Agency (the black dot represents the concentration of pollutants in each case) processed by the European Centre for Medium-Range Weather Forecasts (ECMWF) in the CAMS Reanalysis (2003–2018). 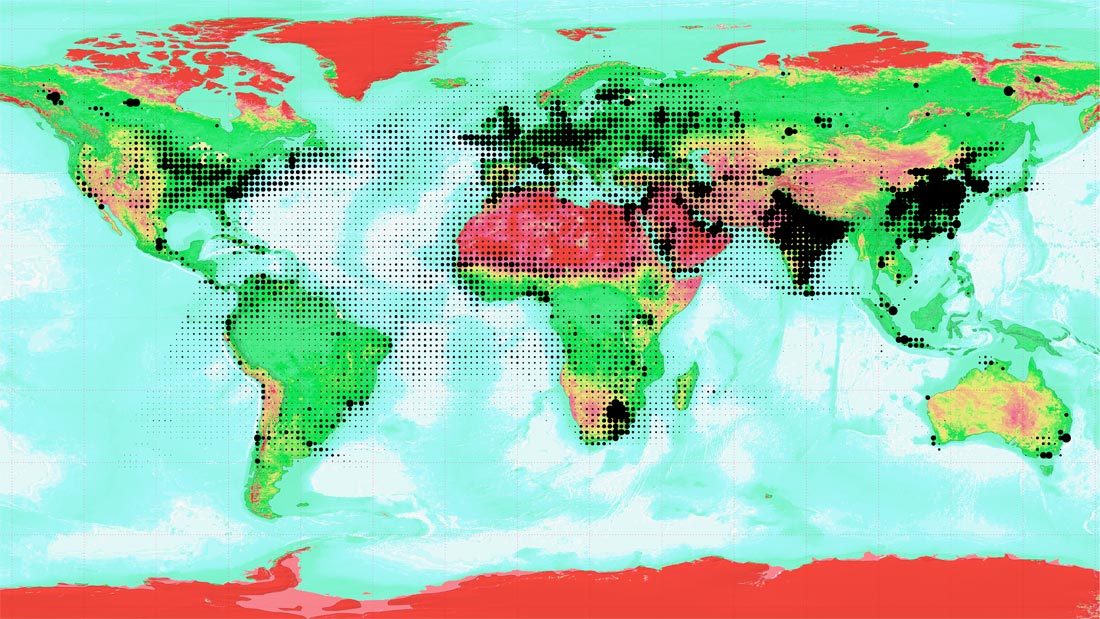 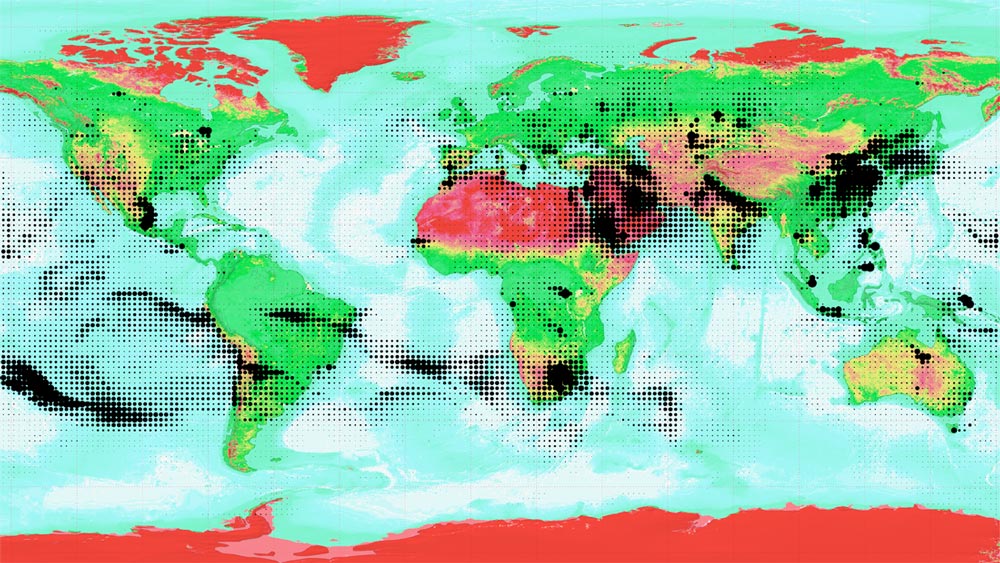 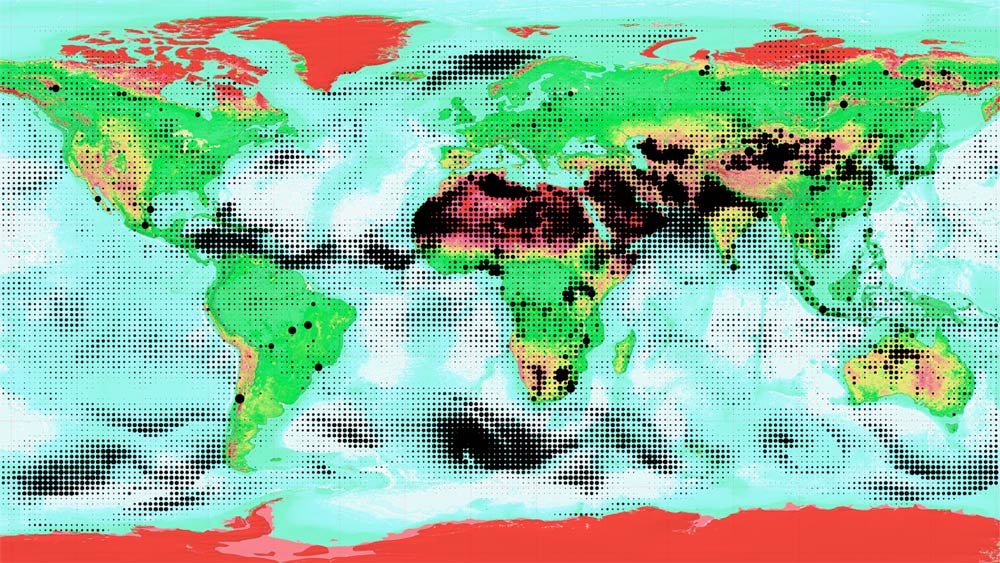 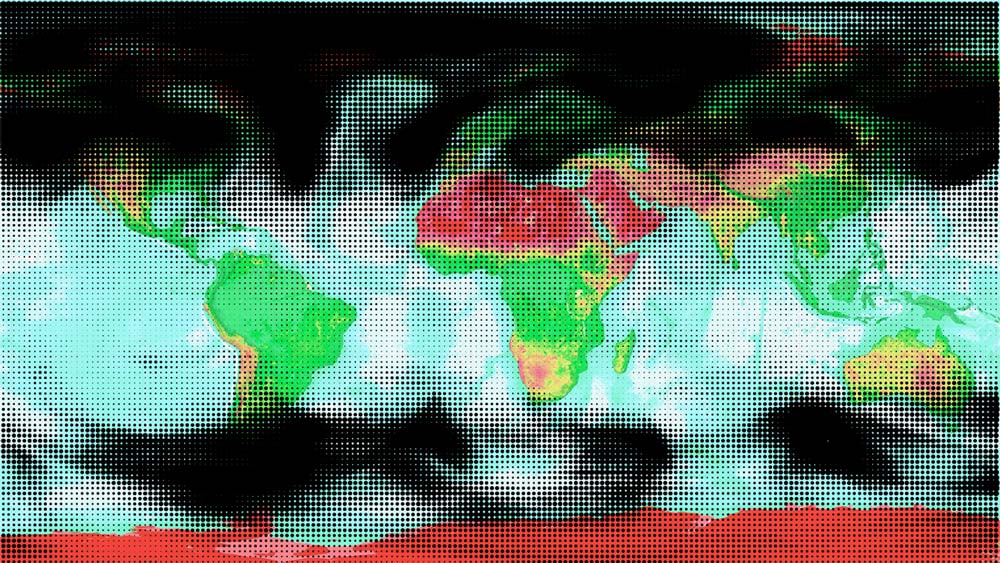