Casa 9X20 takes its name from the dimensions of the plot where it is built. Located in an area formerly occupied by industrial warehouses area that has been transforming into housing developments over the years, the house is part of a small development with only a couple of streets and 70 available plots. Most of these plots have the same dimensions, except for those located on corners or defined by the topography of the site. 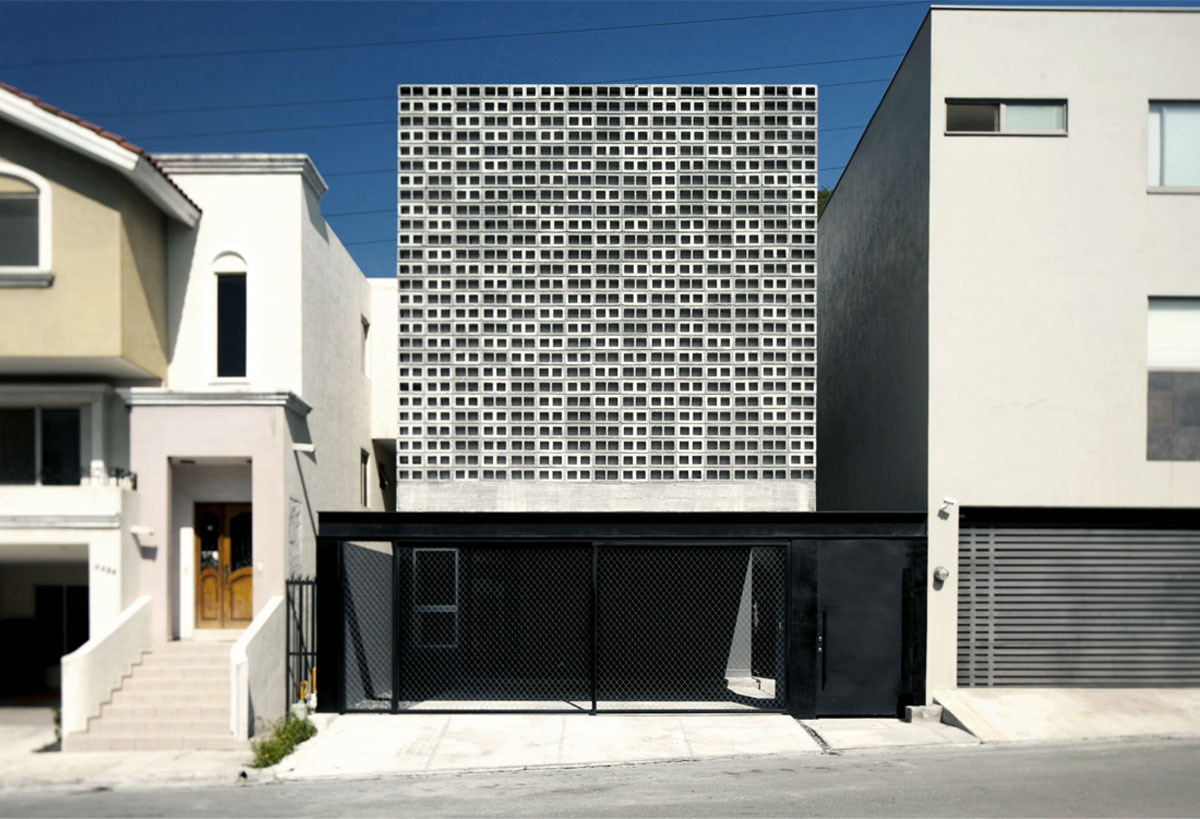 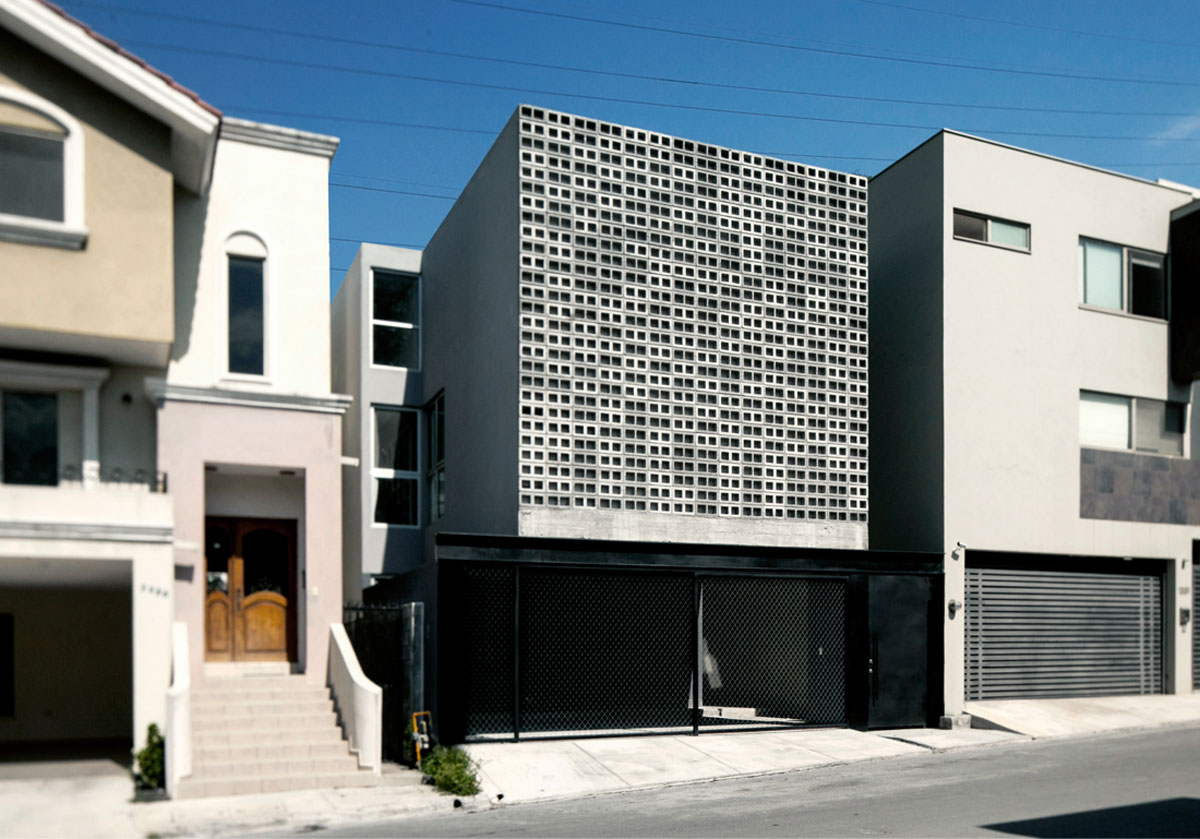 The built context of the area is defined mostly by houses that represent a similar housing concept, with a few superficial changes on the façades (because they were all built by the same developer). Some others target a more generic taste, always influenced by the commercial architectural tendencies, with saleable intentions in mind, that have been spreading all over the city in recent years.

The plot of the house is one of the last ones to be built in this development. The house is for a young family made up of a couple with 3 sons.

The house now has two complete levels and one incomplete level awaiting future expansion, when the family requires more space. 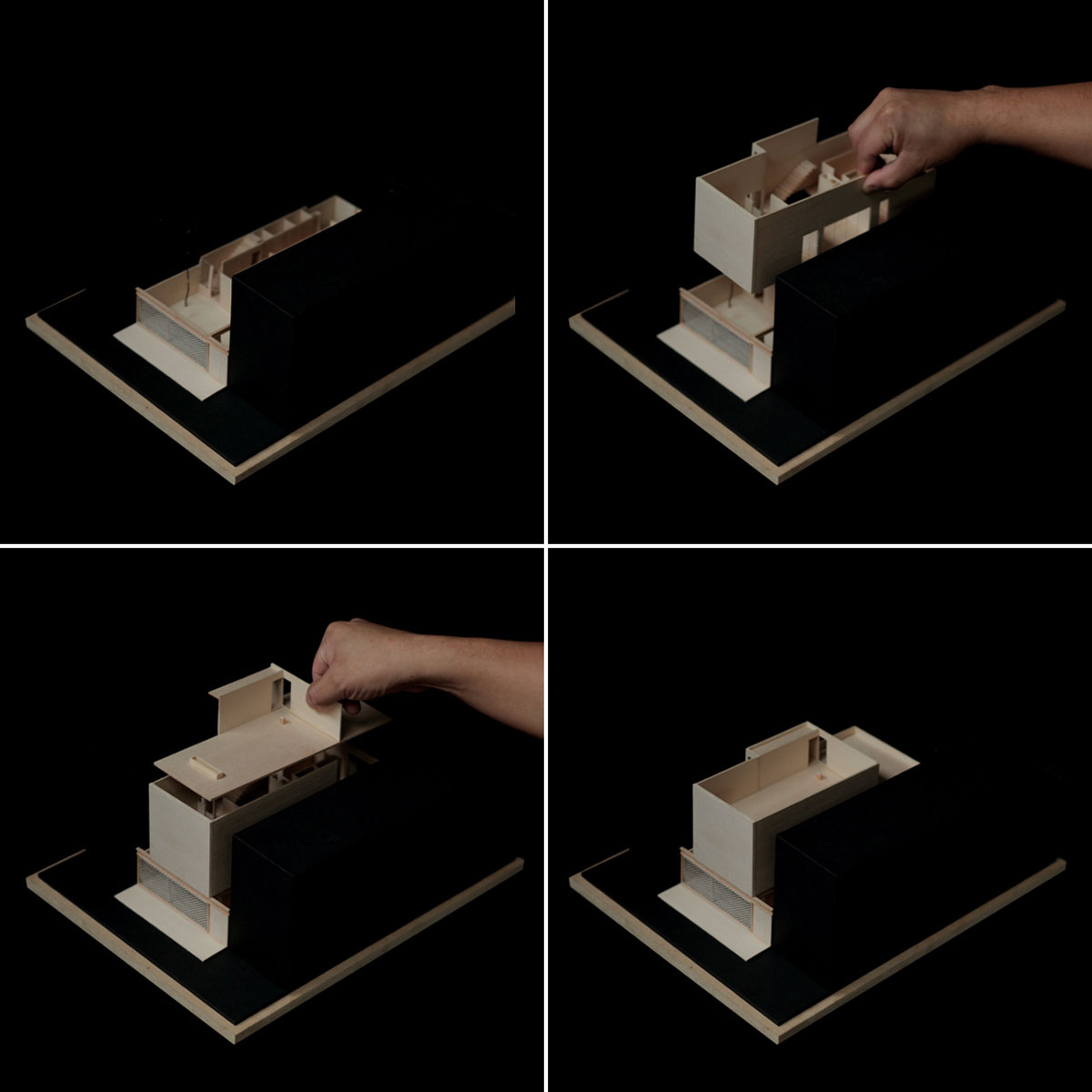 The ground floor includes the social area and general services. This floor is defined as an open plan space, enclosed by a lateral patio-aisle, a large core of services, a backyard and a garage.

An aisle of services stretches out from the main area bordered by a large continuous piece of furniture, which organizes the interior space, providing services to both sides: the social area and the services aisle.

Both the furniture and the core services aisle hide storage and living spaces such as a bathroom and laundry room. These spaces are enclosed behind a sequence of doors that form a white surface and solid volumes that create a contrast between this clear plane and the textures and colors of the constructive system used in the slabs and floors of the house. 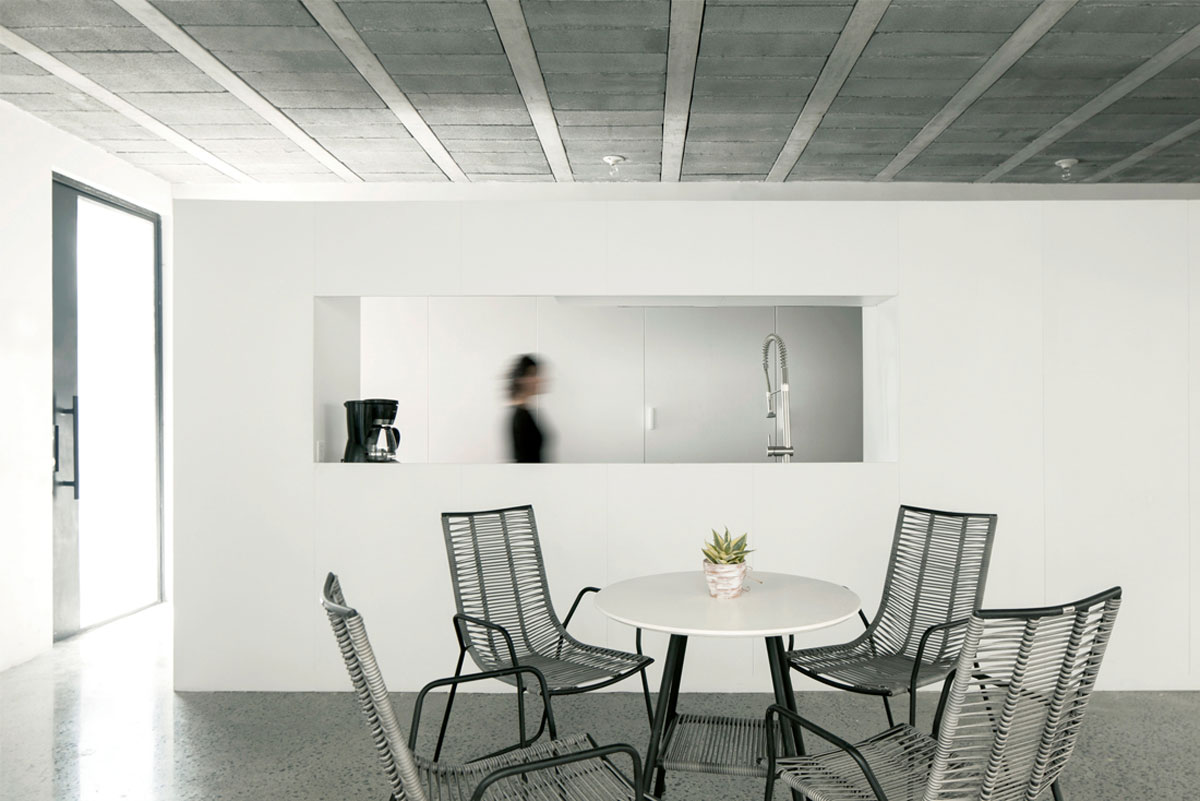 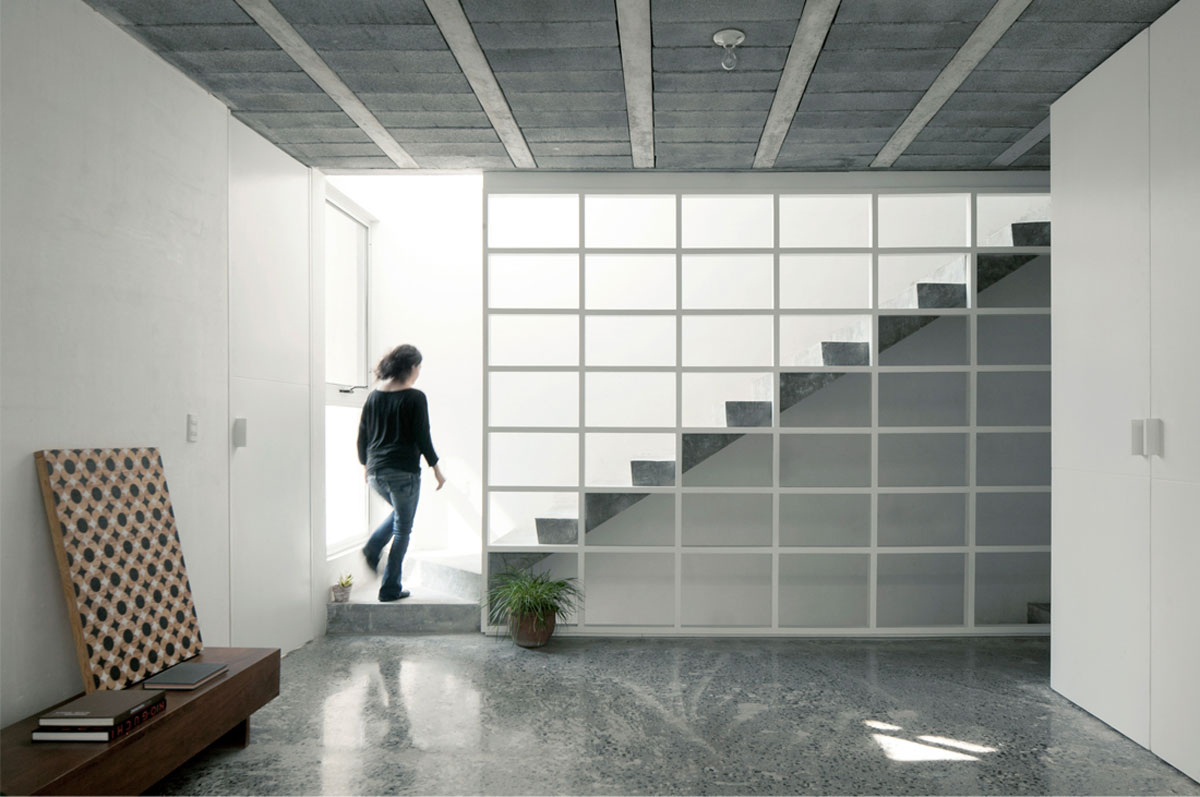 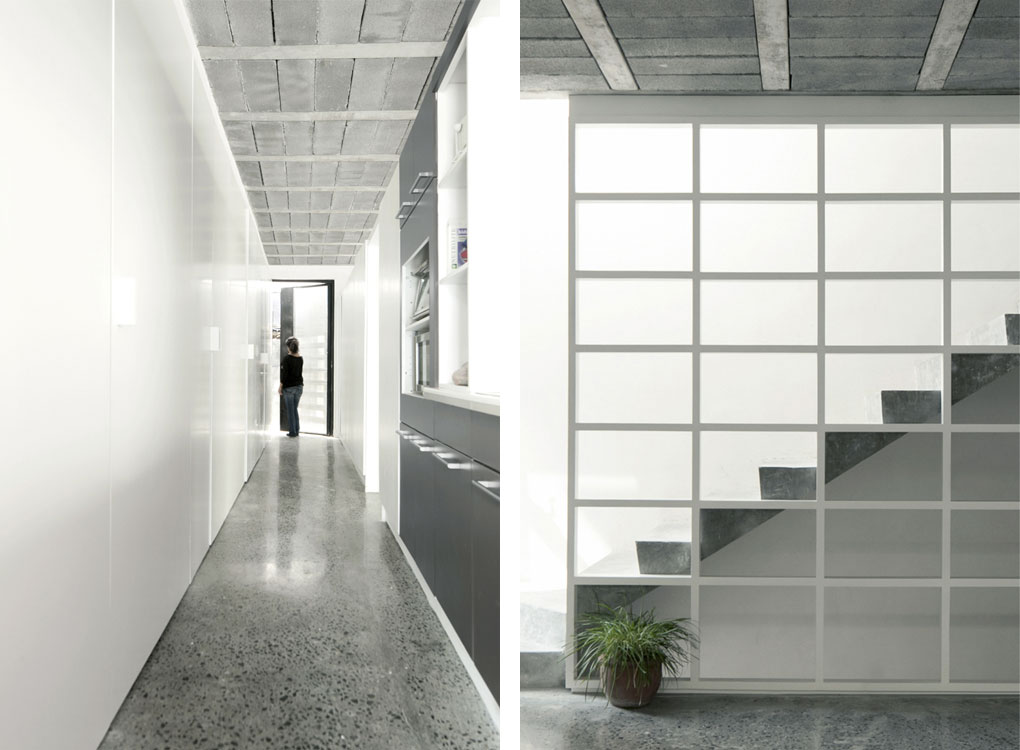 The second floor includes the private spaces of the house, such as the family living room, the main bedroom and two smaller rooms for the sons.

The third level is a rooftop terrace that can be occupied in the future as a playroom or a studio.

The built volume is illuminated by the light that filters through the lateral patio and the backyard, which separate the house from the neighboring buildings, as well as by the stairwell, used as a conductor to bring light from the street into the core of the house. In this way, the interior spaces always receive some kind of indirect natural lighting. 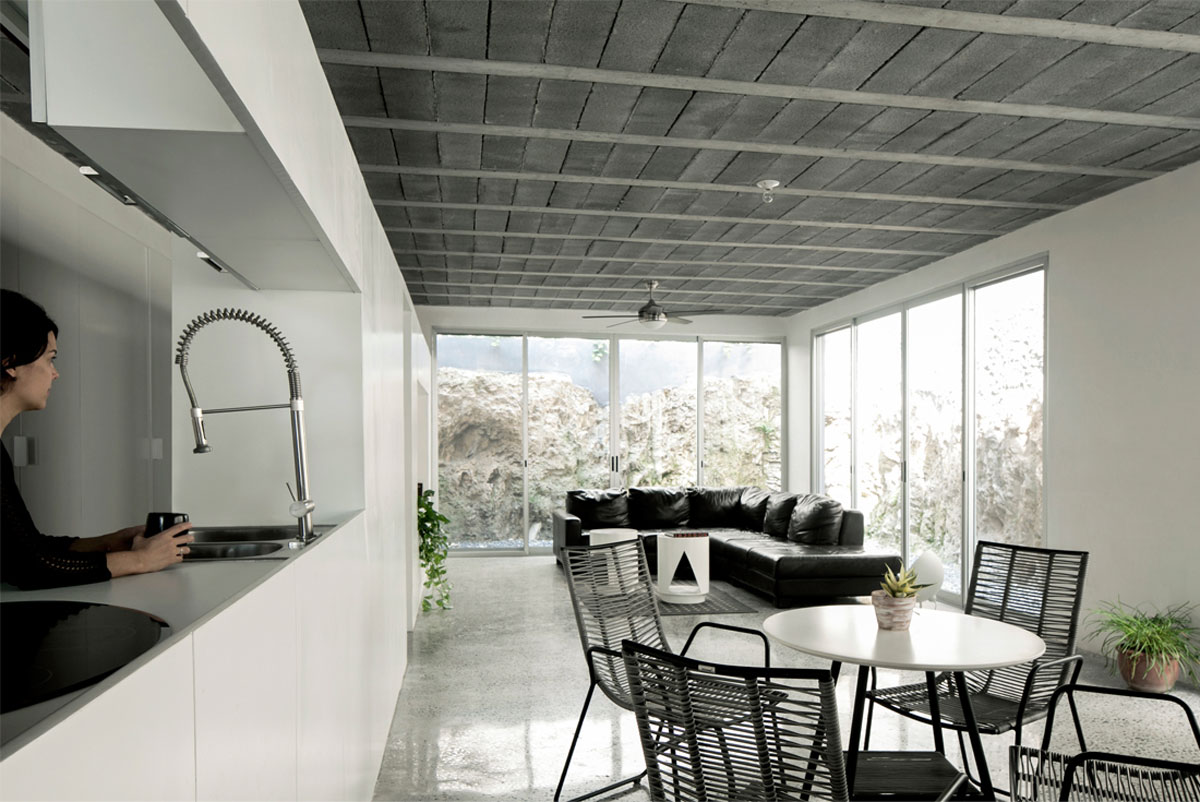 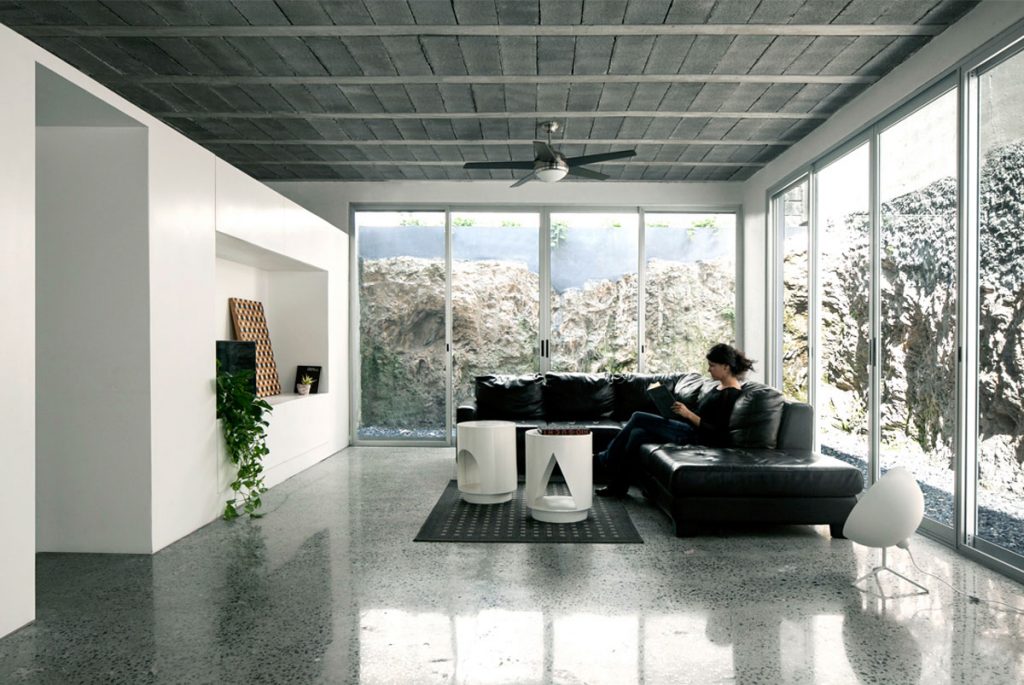 Contrasting with this, the façade presents a textured surface made with concrete blocks arranged to avoid an overheating of the front walls, providing shade to the façade’s surface at all times. This is used as a simple bioclimatic cooling strategy due to the southern orientation of the house’s front façade, which receives direct sun radiation during most of the day. 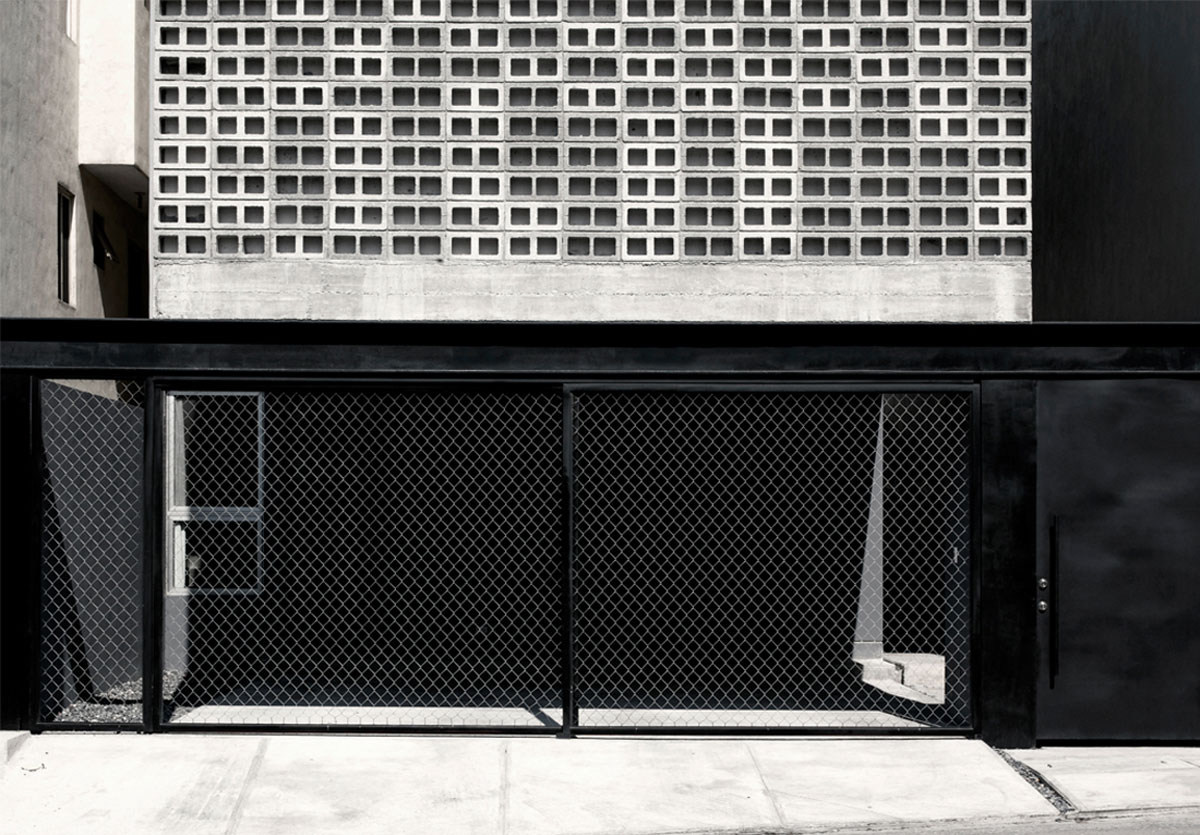 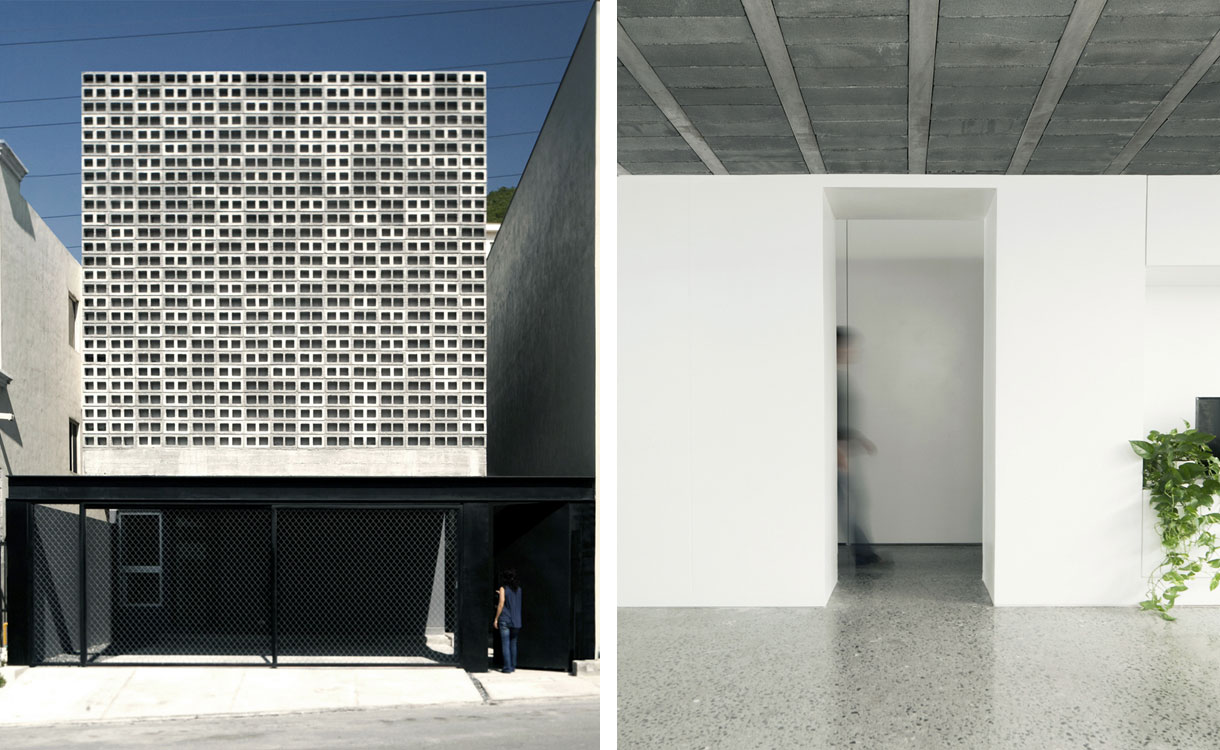 This element is supported on the metallic structure of the house’s garage, a long I-beam that crosses the whole width of the plot.

This arrangement of order and equilibrium between elements (blocks and beam) creates the house’s distinctive identity among all the neighbors’ forms and materials. Here, the focus is on concrete and metal: metal, represented in the use of the I-beam; and concrete, used in the front sequence made of blocks – two of the materials and formats most produced by the local industry.