On Avenue de Clichy Avenue, at the corner with rue Bernard Buffet, the architects Stéphane Bigoni and Antoine Mortemard recently completed a social housing project that points toward one of the entrances to Martin Luther King park. 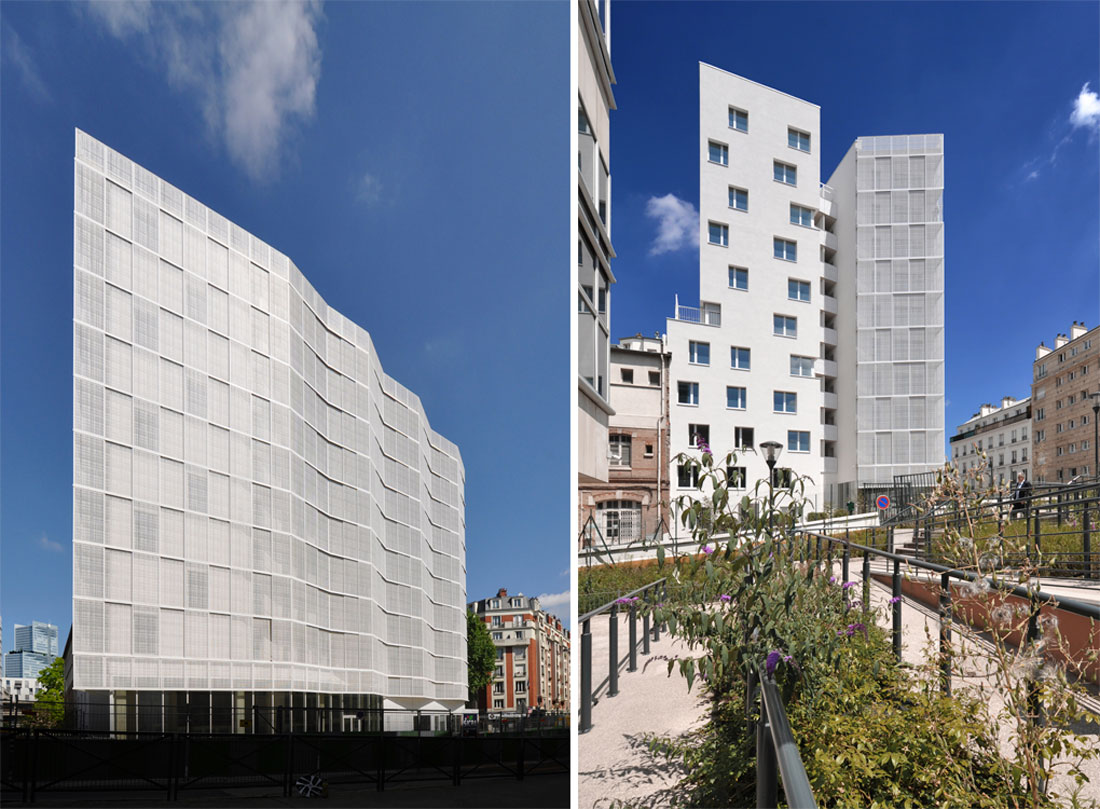 A delicate, white varnished aluminum cloak made of perforated sliding curtains animates the south-east façade and the corner facing the park. Its bending geometry addresses three issues. It counteracts the linear aspect of the plot on its longest side, perceived as not suitable to satisfy conventional proportions. Its bending shape also accommodates loggias. Privacy can be adjusted by the dwellers, depending on the proportions of the aluminum curtains, whether they are stored to one side or fully extended. Finally, the folding shape of the façade enhances side views. Each unit’s living room thereby enjoys distant, south-facing views over the park and beyond toward the Eiffel Tower. 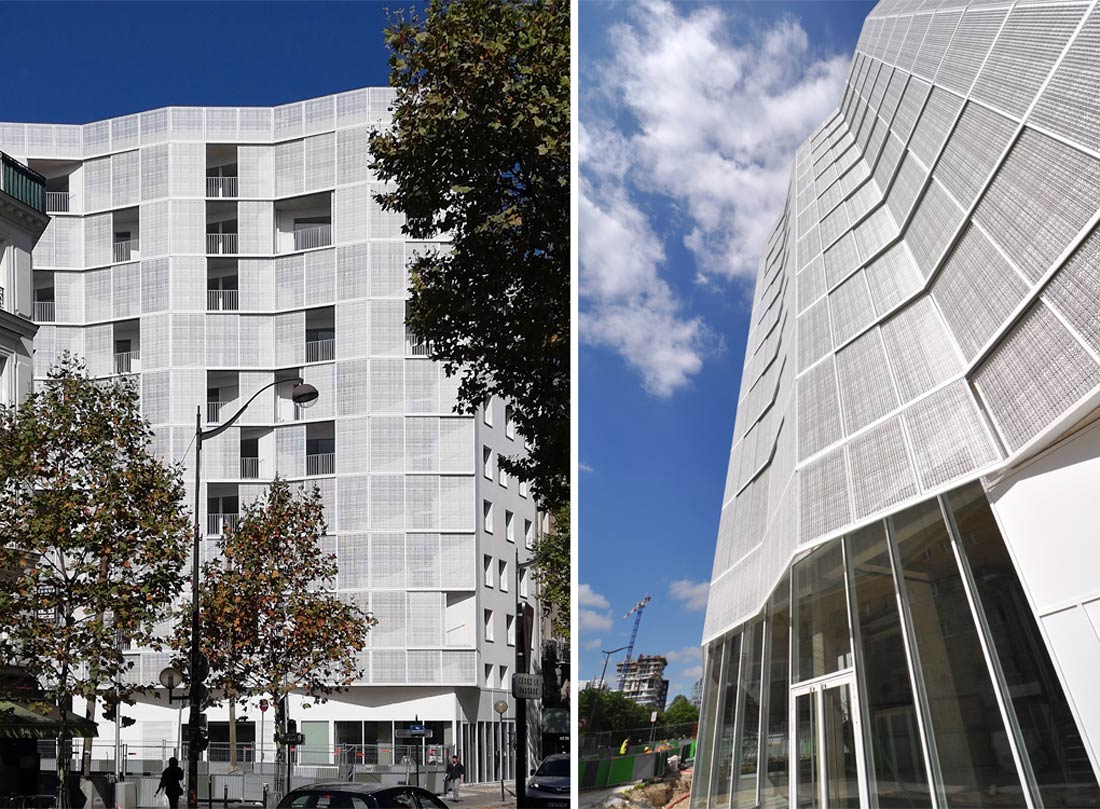 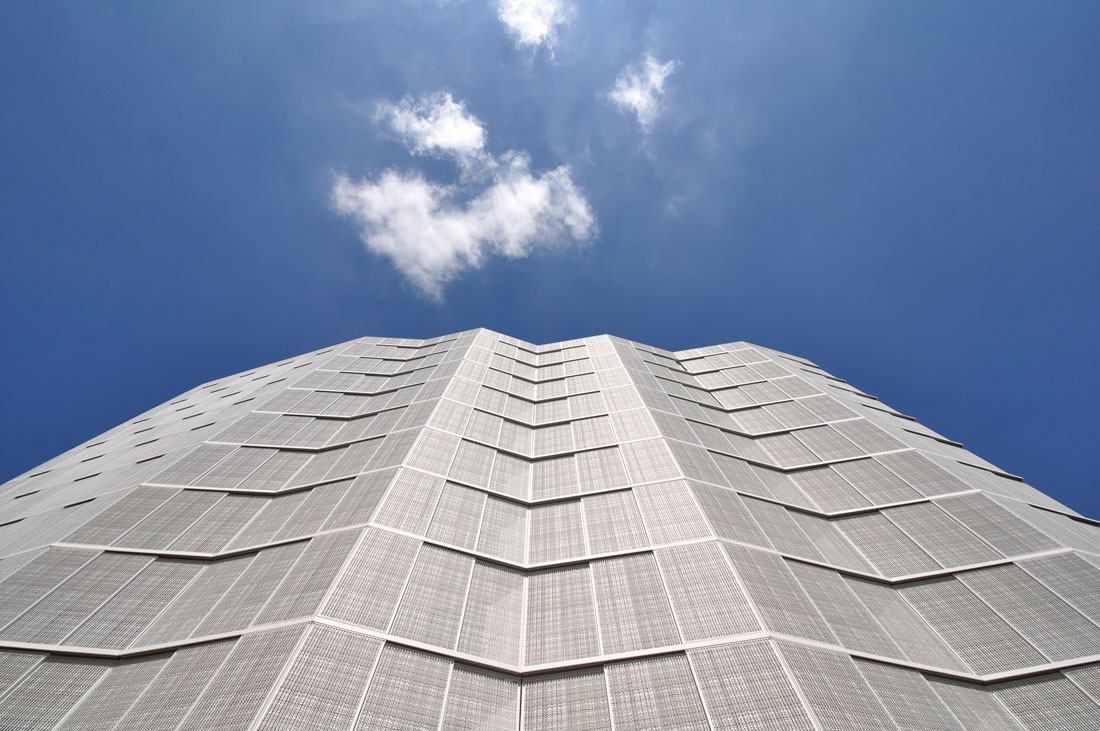 Access to the apartments is provided via a few walkways which provide views over the park at the end. These passageways overlook a landscaped courtyard on the first floor and their layout allows for transition between apartments. Among the units, 46 enjoy a double or triple orientation. 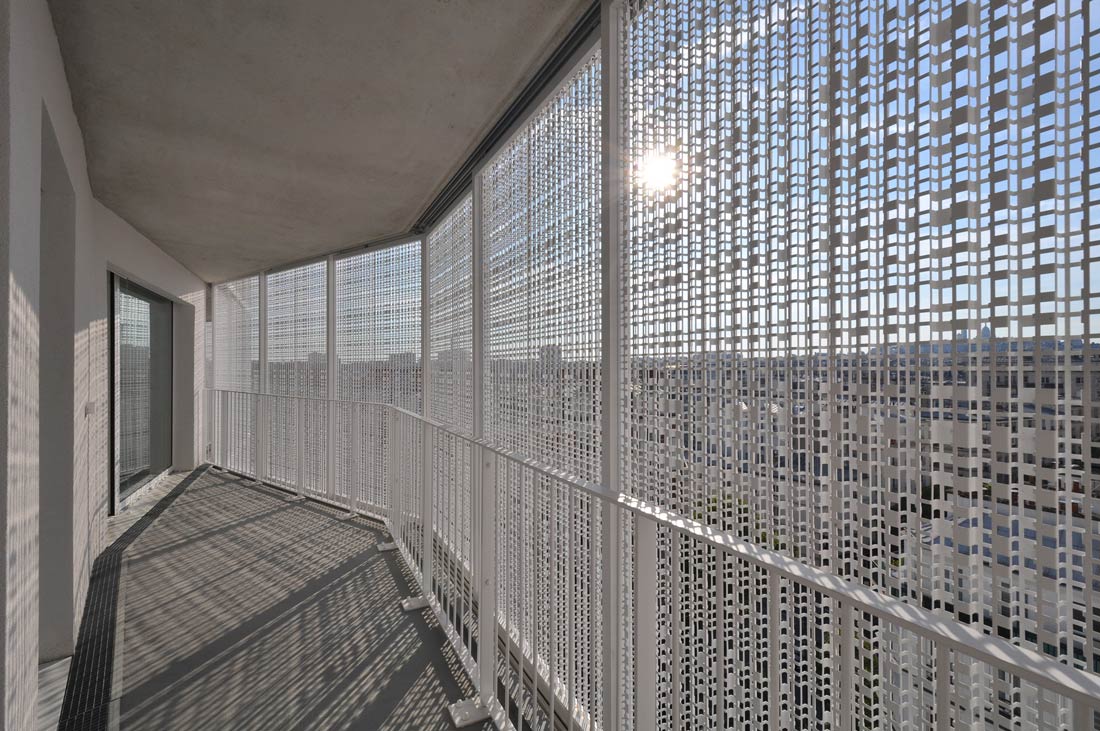 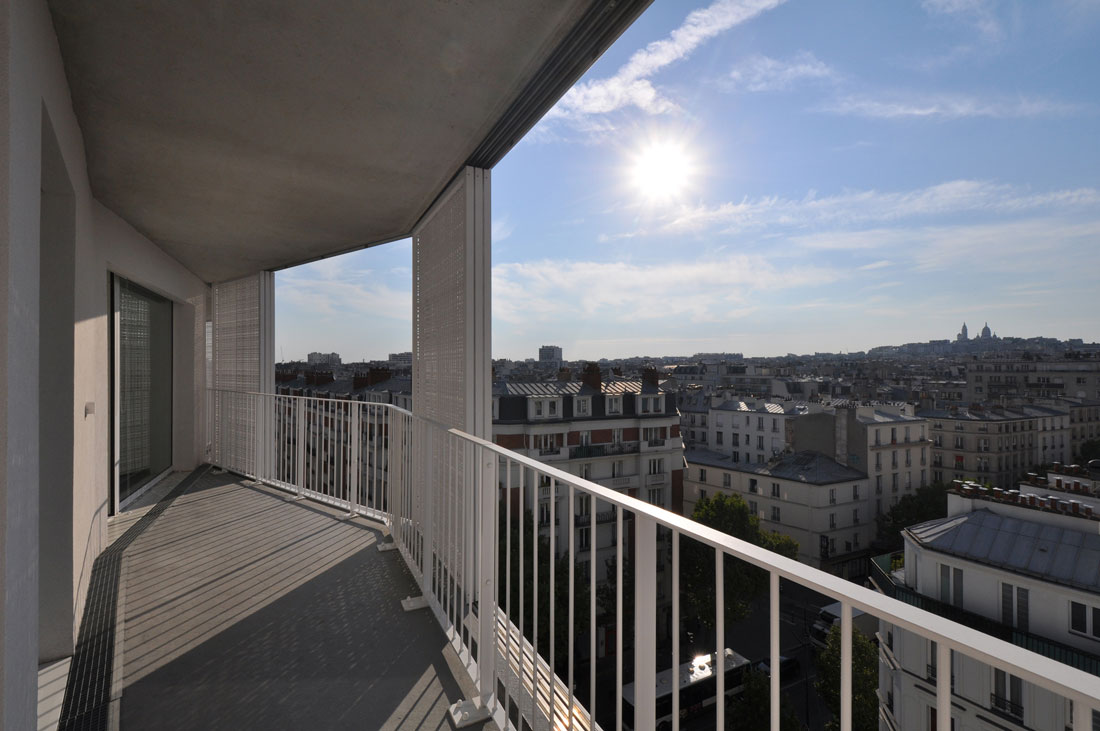 The dwellings include an entryway – vestibule or loggia – and offer traditional comforts with a layout that provides a more private section. Units range from studios to three-bedroom apartments. Kitchens are open plan, however, their varying locations from one unit to the next allows dwellers to potentially close them off. The living rooms serve as ‘hubs’ for the apartments and face the south and west façades, extended by large and practical outdoor spaces. 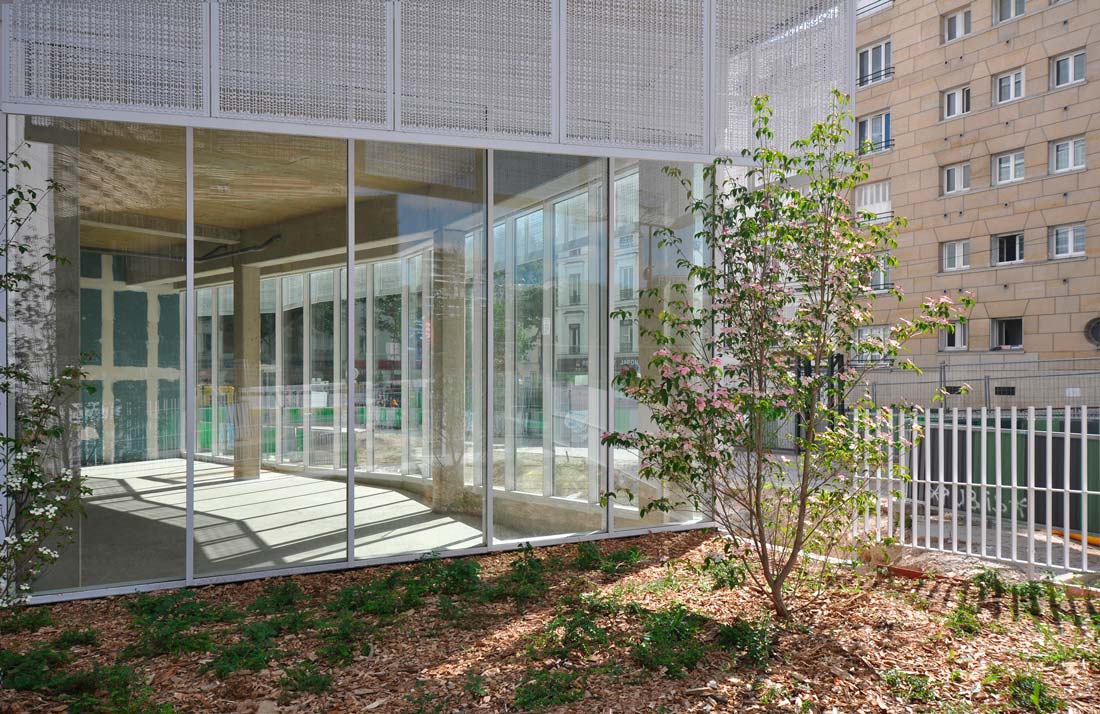 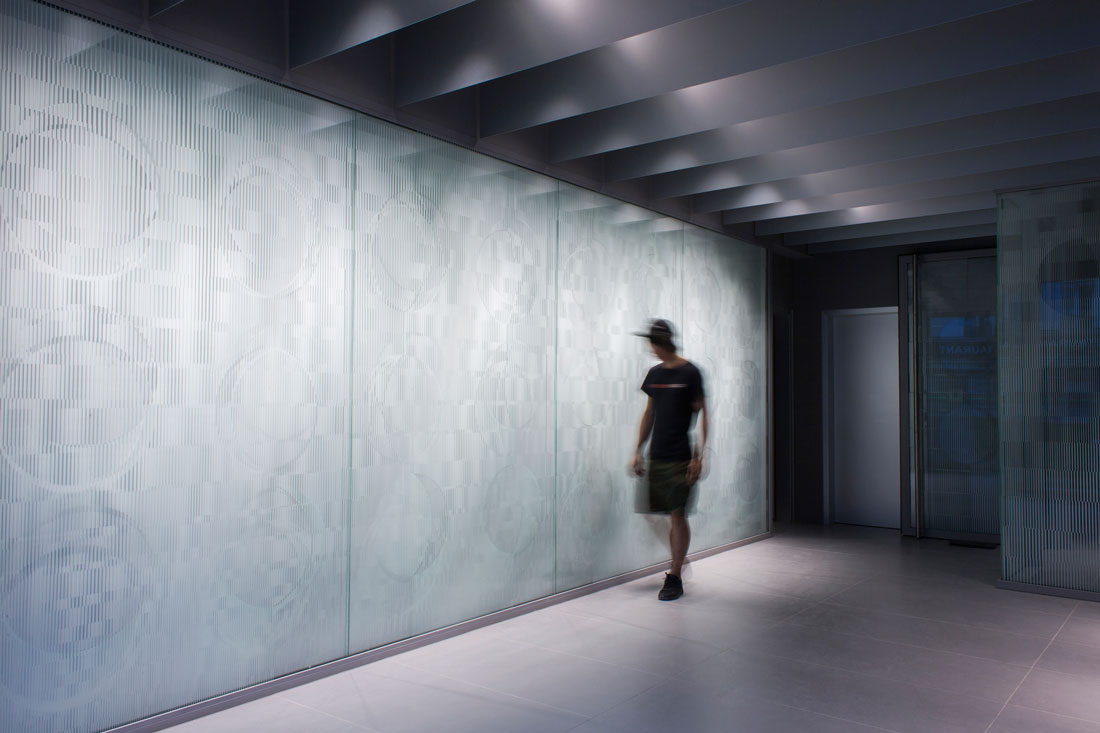 On the ground floor, set between the two retail spaces at the corners, the lobby is home to a kinetic art installation commissioned to Nonotak Studio.