The story of 23 intermediate housing units on the Ourcq canal in Paris, originally designed under the auspices of cohousing by Karawitz and then developed by the same architects for OGIF. 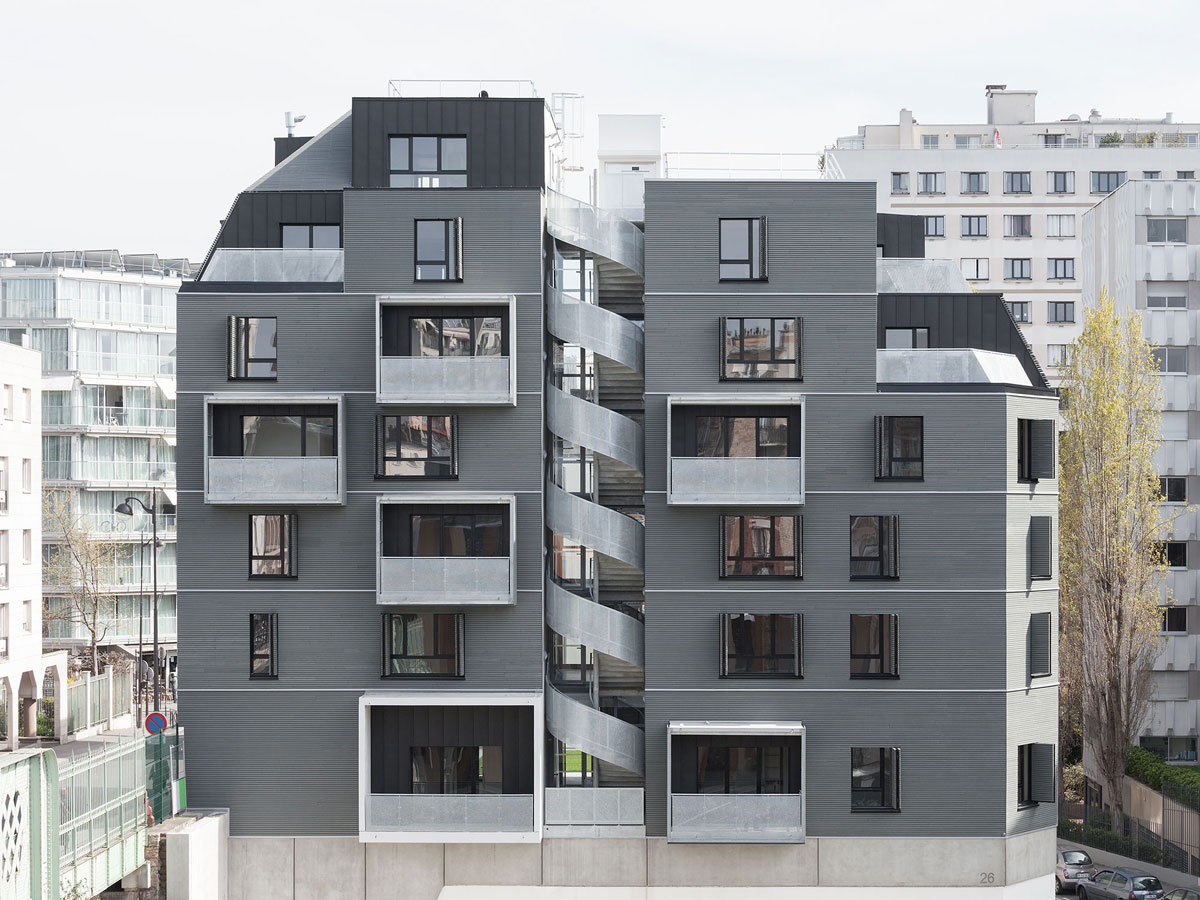 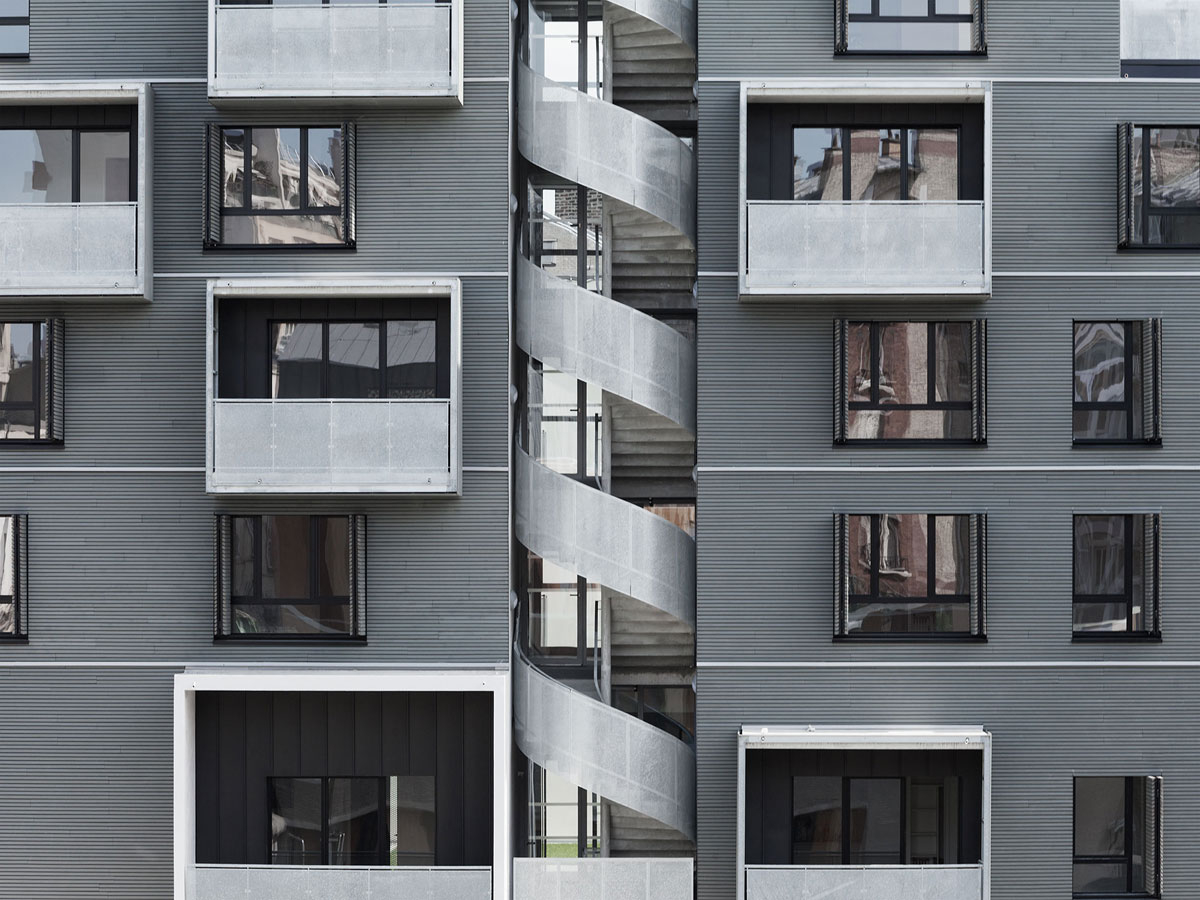 The intermediate housing project developed by the KARAWITZ agency now comprises 23 flats, a restaurant, a garden and a parking lot. It was built for OGIF, a property developer specialising in intermediate housing. One of the particularities of this project is that it had inherited the ambitions of a prior cohousing project by the name of “Diapason project”. It originally scheduled 14 homes, a shared studio and shops. This first project did not use up all the floor area ratio given by the local masterplan or the potential for the architects to provide supplementary homes in the final project. 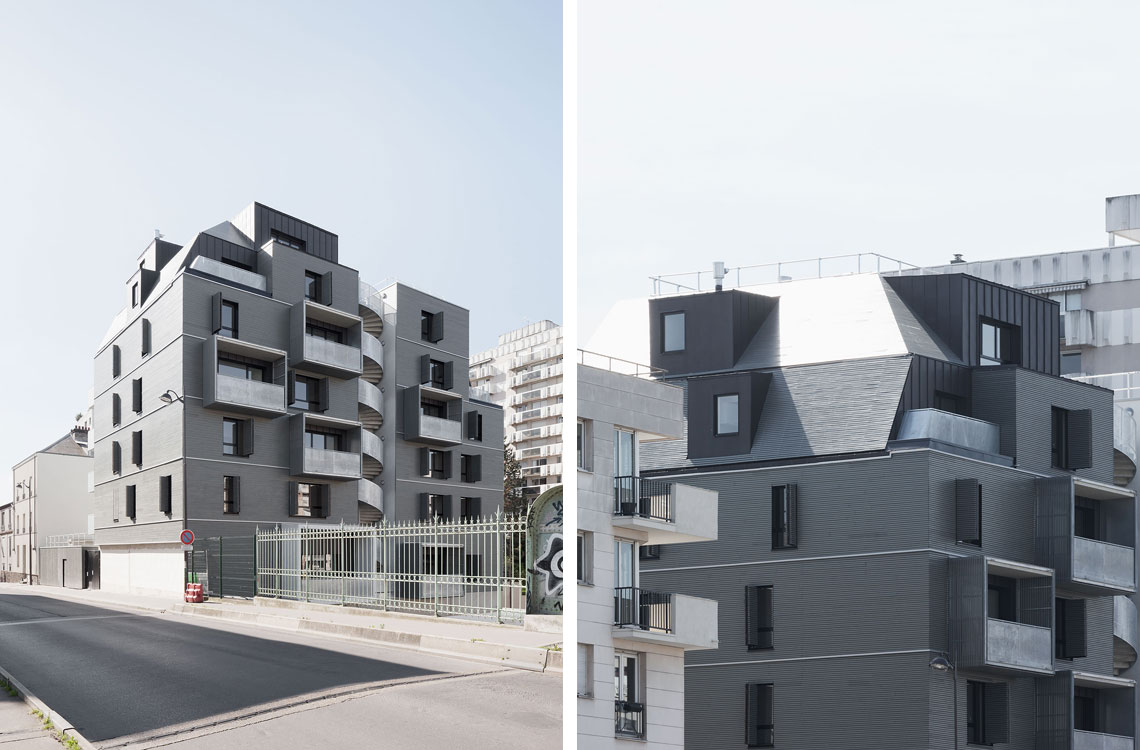 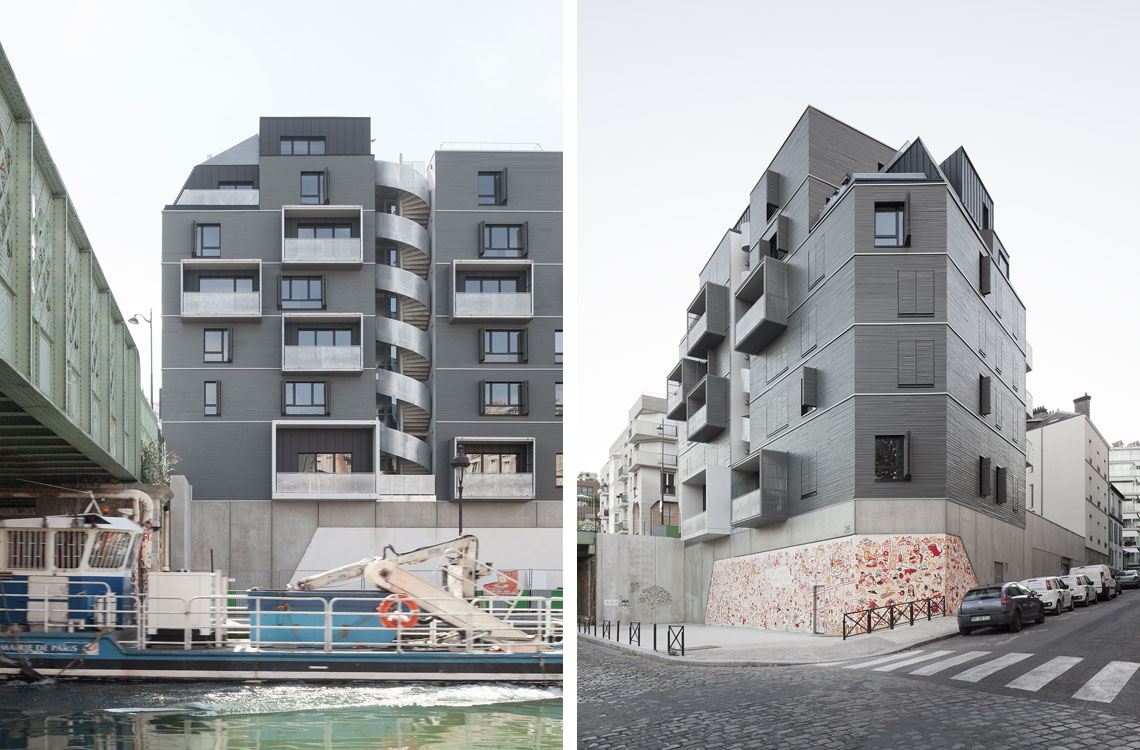 The lot is well known to Parisians, especially those prone to strolling beside the Ourcq canal. A few hundred meters before the Parc de la Villette, on the quay de Marne, it overlooks the water and slides between the streets of the Meurthe and the Ourcq, on each side of which it forms a triangle. Amplifying its singularity, this plot is served by an upper level of rue de l’Ourcq, at the opening of a pedestrian bridge over the canal, while it slopes down to street level on rue de Meurthe. Finally, it offers the rare opportunity in Paris of developing an autonomous building without adjoining or neighboring properties, while generating both a garden to the south and exceptional views to the north. 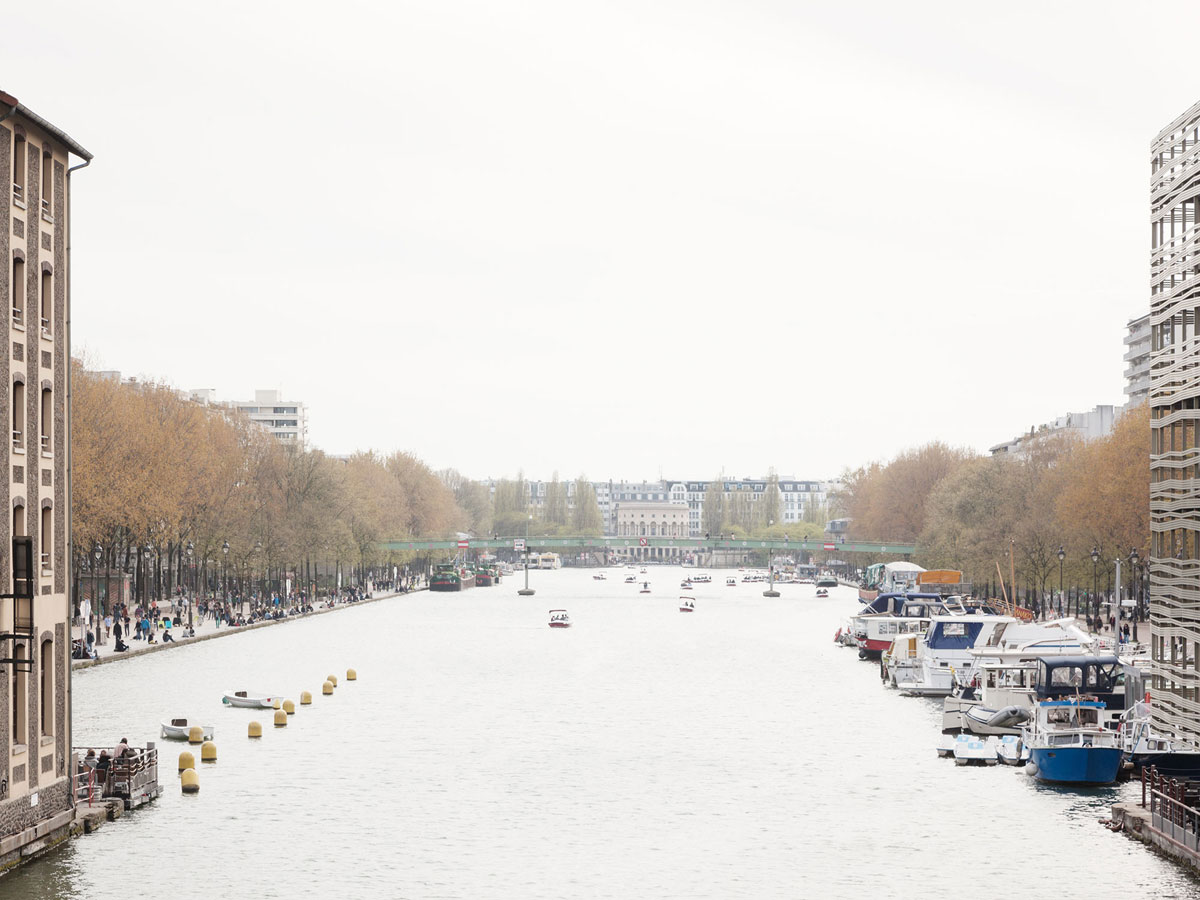 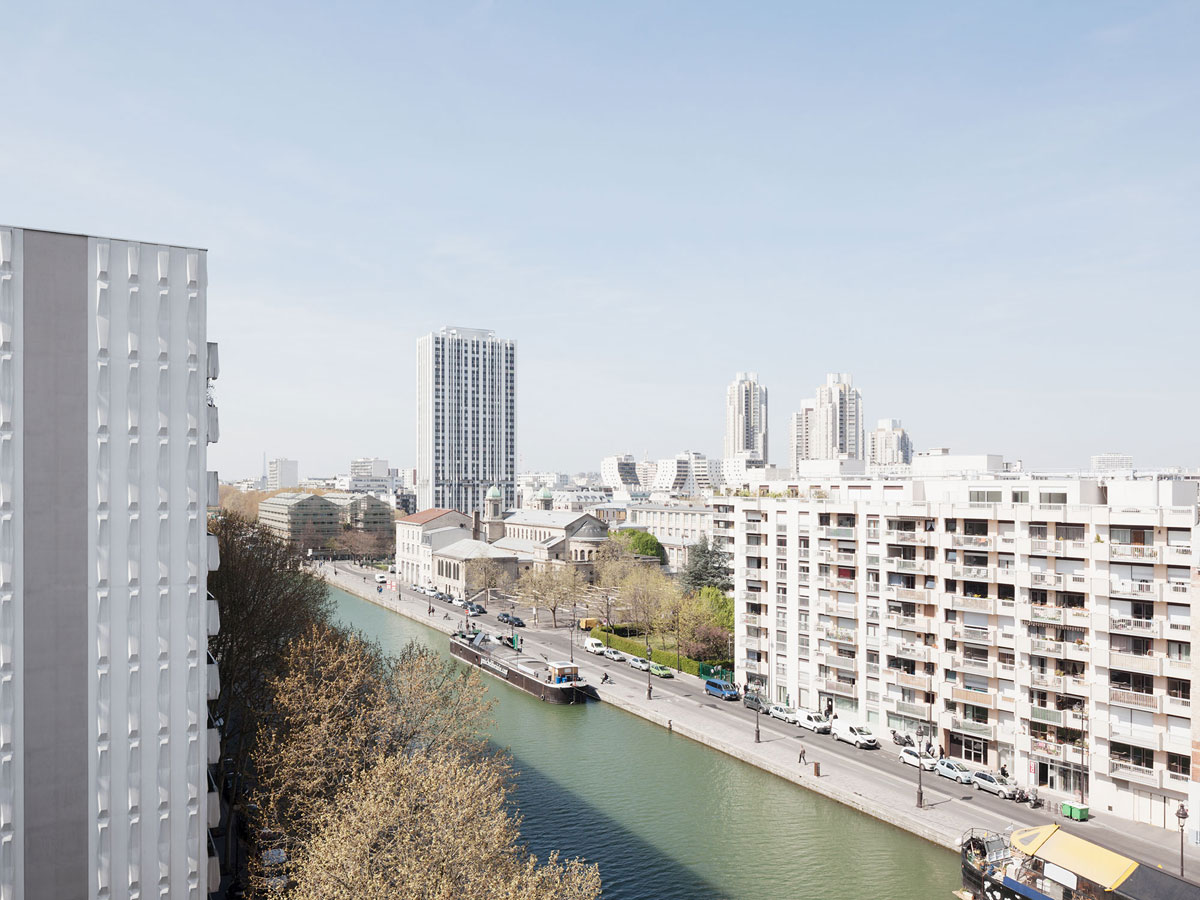 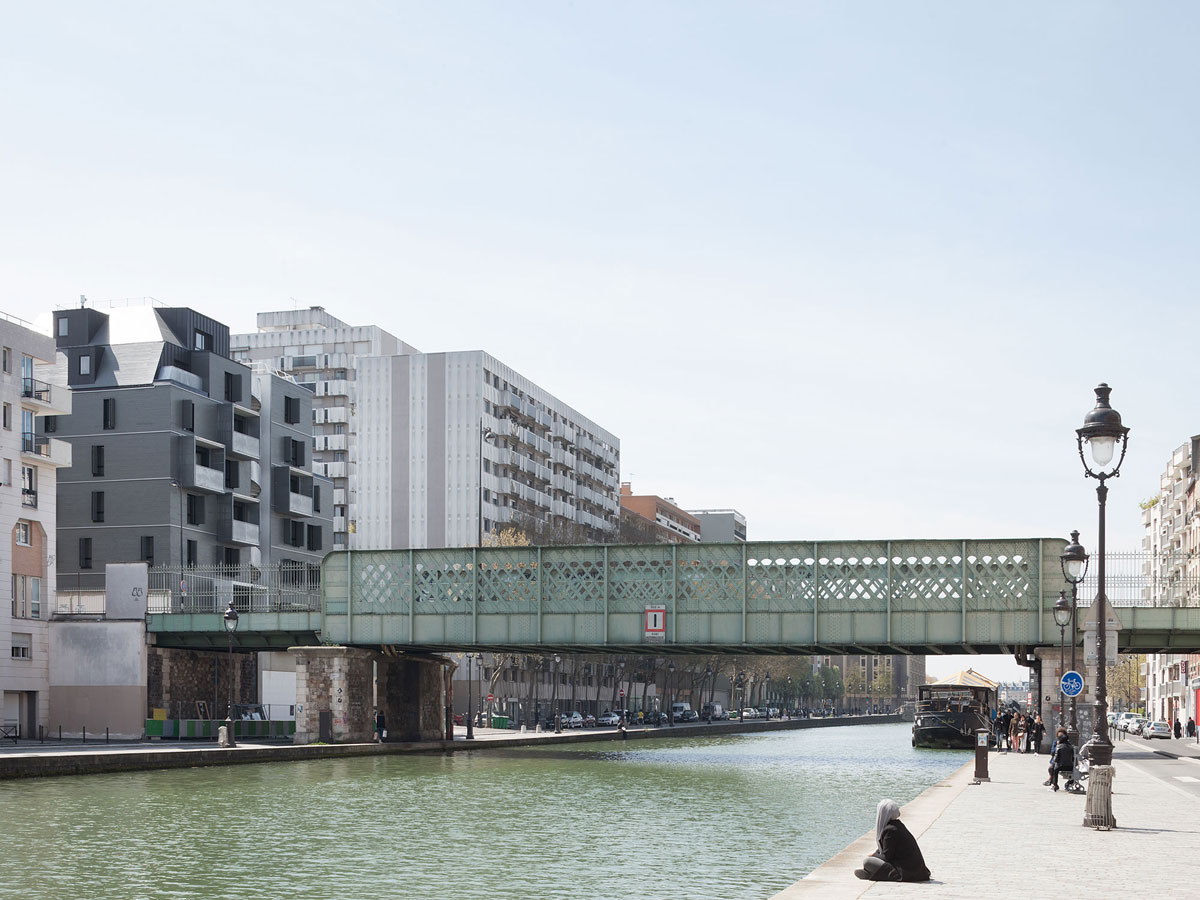 The building permit obtained in October 2011 as part of the project developed at the time by KARAWITZ was kept to scale with two modifications. The imbrication between the Z-shaped duplex apartments and the L-shaped flats was dropped from the current project, but it inherits the spine of the project and a connecting channel to the garden offering transparency. It houses a staircase which allows for serving the four apartments with generous sized landings and high levels of bioclimatic spaces, illuminated naturally. On the front side, or the one overlooking the canal, oriel windows on both large and small apartments from the old project have evolved into balconies in the new one. 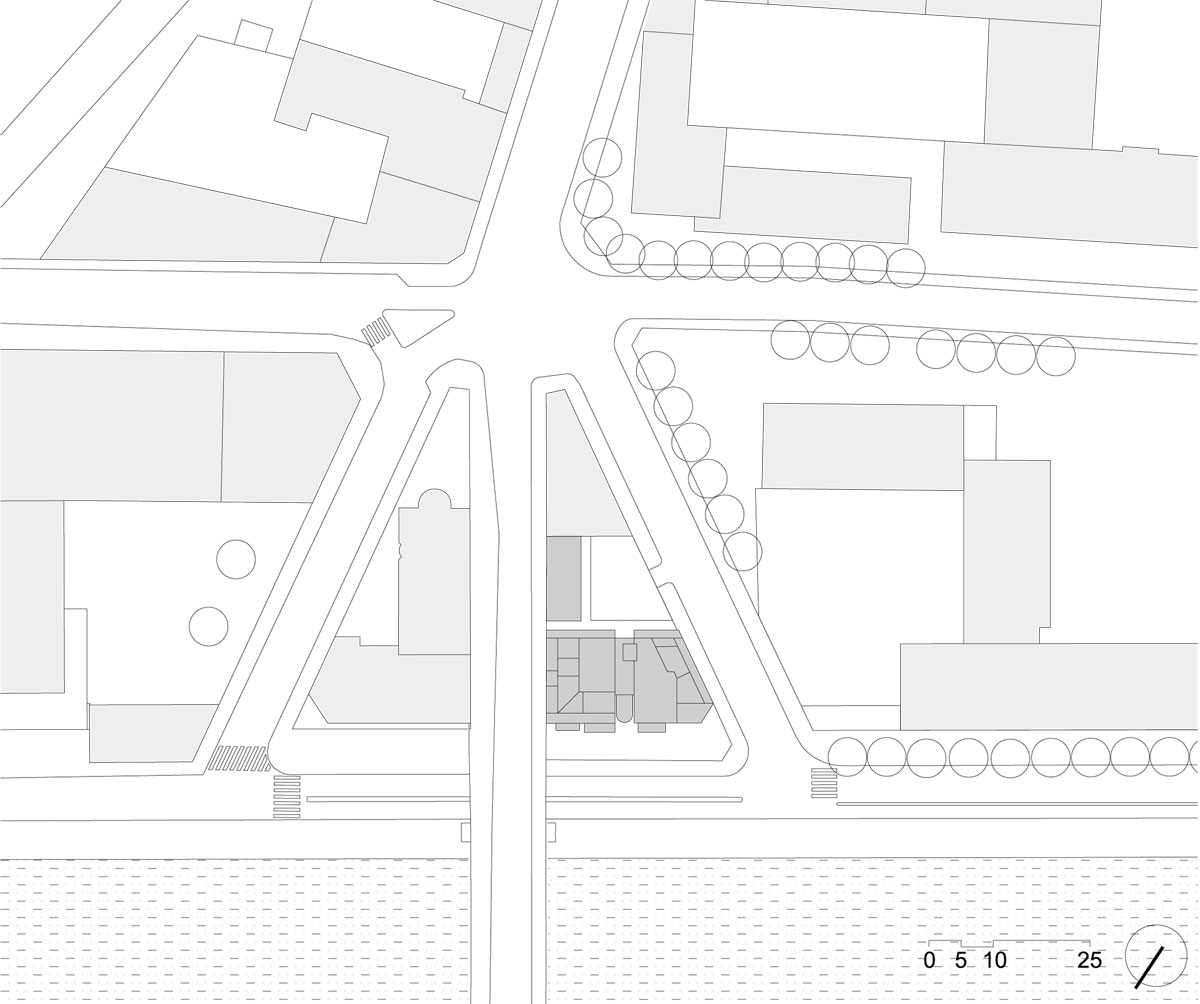 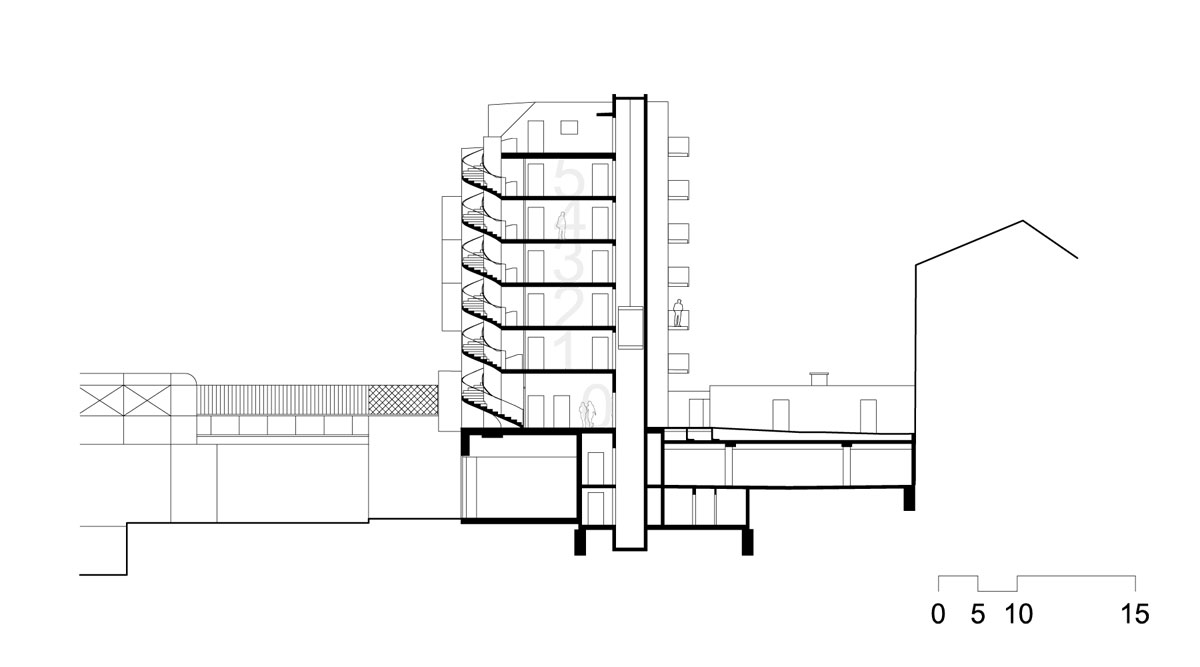 The former common room has been transformed into independent living. The proposed typologies are one-bedroom and two-bedrooms overlooking the canal or the garden plus attic flats offering a more singular variation. All of them are doubly oriented and benefit from a balcony. On the canal side, some windows are fitted with glass spandrels to perpetuate the idea of its inherent diversity to the initial project and to provide the living rooms plunging views over the water. 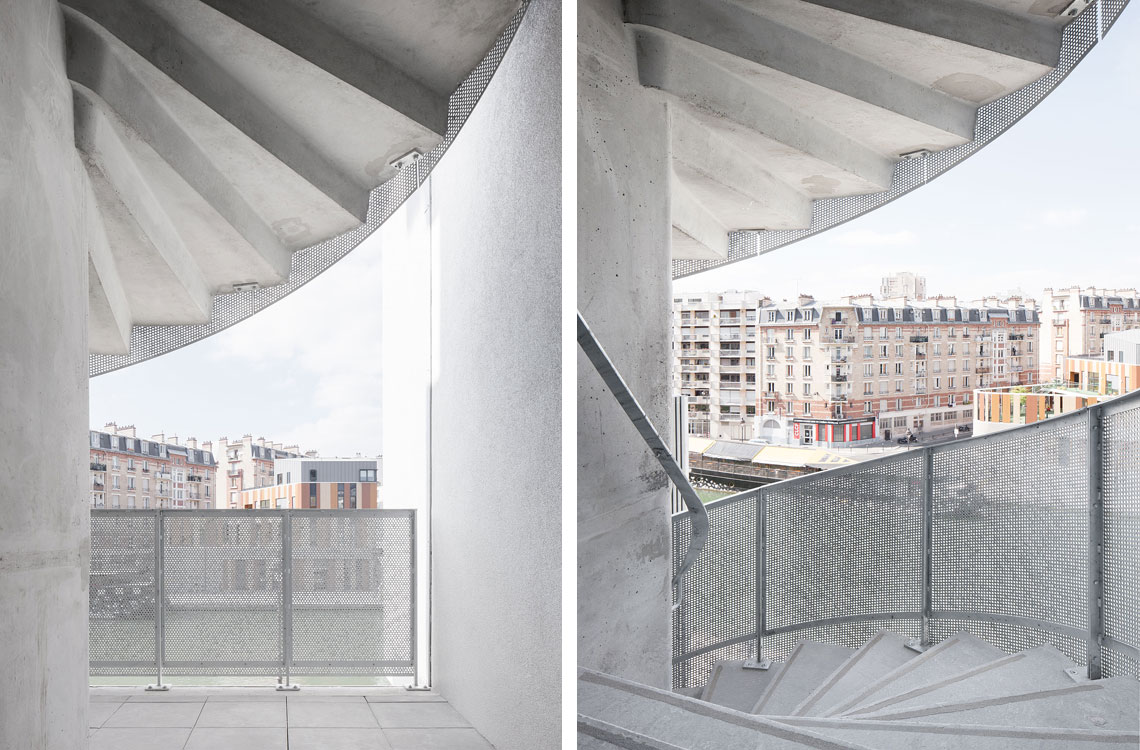 A brewery and a shop opened there in 2016. The structural choices focused on a concrete structure and exterior insulation. The fault is covered in reflective coatings, while the remainder of the coating is made of darkened wood. The exterior moldings contrast with inner window frames made of wood or aluminum. Finally, the “dancing” sloping roofs coated with zinc generate a very sculptural form. This project meets the requirements of the Climate Plan. 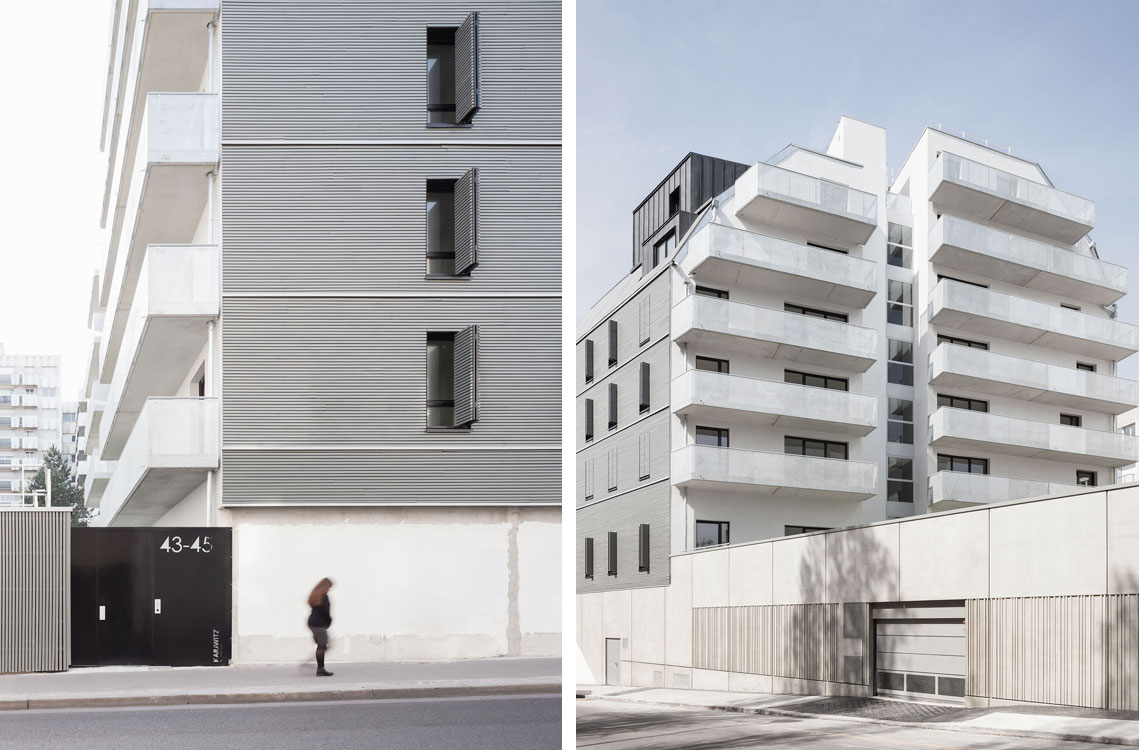