Published in The Self-Sufficient City: Internet has changed our lives but it hasn't changed our cities, yet by Vicente Guallart published by Actar Publishers.

Are the world’s great metropolises more efficient than medium- sized cities? How can the constant expansion of large urban agglomerations and their interaction with the surrounding natural environment be managed?

Metropolises are the product of urban development throughout the 20th century. Large areas of the territory occupied by a continuous, amorphous, magma. They follow one another, like unconnected pieces, spaces built with different densities and functions, infrastructures and natural spaces, and in order to recognize them you have to go back to a geographical scale, to where the foundational settlements originated.

At the beginning of the 21st century, the urbanization of the world is suffering from a period of perplexity. Never before in the history of humanity have cities been so well understood, yet they have never before been built in such a vulgar way. Cities in developing countries are growing rapidly to house the people who are migrating from the country to the city. Associated with “progress” in their economies, they systematically repeat the errors that Western cities committed in their high-speed growth process. Chinese cities are the paradigmatic example. Extreme zonification (separation of areas dedicated to business, residences and leisure) simplifies the process of urbanizing the territory. It allows for rapid construction of dozens of neighborhoods, at the expense of an enormous consumption of energy resources. Neighborhoods with thirty-story semi-detached housing buildings, which house the workers for hundreds of industrial centers that supply the whole world, managed from huge districts full off office buildings.

The economic logic persists beyond the limits of reason.

The other great superpower of tomorrow, India, seems to be heading in the same direction. As a result, a kind of urban organisms are emerging in Asia that have never before existed in the history of humanity. Organisms where cities of more than 25 million people will have to coexist in coming years and (barring any catastrophe) in the coming centuries, in keeping with new functional principles in the history of cities. In Europe, a district is made up of 10,000 people, a mid-sized city by 1,000,000, and a metropolis between 1,000,000 and 5,000,000, though the largest urban agglomerations in Europe, such as Paris and London, have population of between eight and nearly ten million people. When we are faced with metropolitan areas of 25,000,000 people, it represents a jump in scale that Western societies have never had to manage. 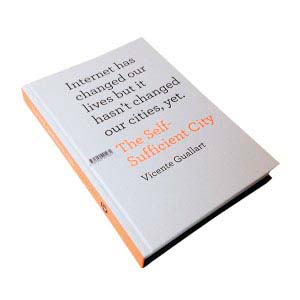