“There are landscapes in the countryside or in the midst of cities which have been left behind and forgotten – a no-man’s-land where the life of animals and plants remains hidden and people are rare. The landscape of the former Zollverein colliery is situated away from the city, difficult to reach, and secured with walls and fences. Zollverein Park emerged over just a few years amidst collieries and coking plants. Admittedly, there were structural changes, but landscape designers with their teams of gardeners did not initially take part. Despite, or even because of this, everything is magnificent and at the same time strange. A multifaceted open space arose in the immediate surroundings of a unique industrial monument: a park with light forests, dark scrub, lakes, and wide-open spaces for sighting the tree-shaded paths.” 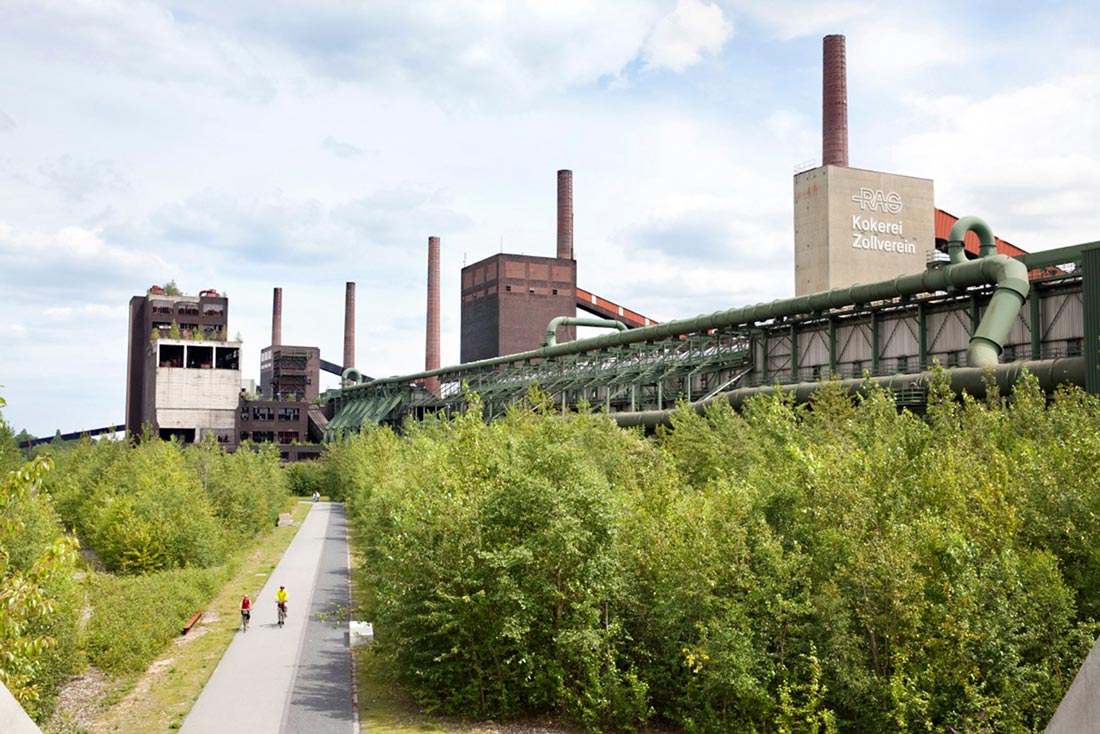 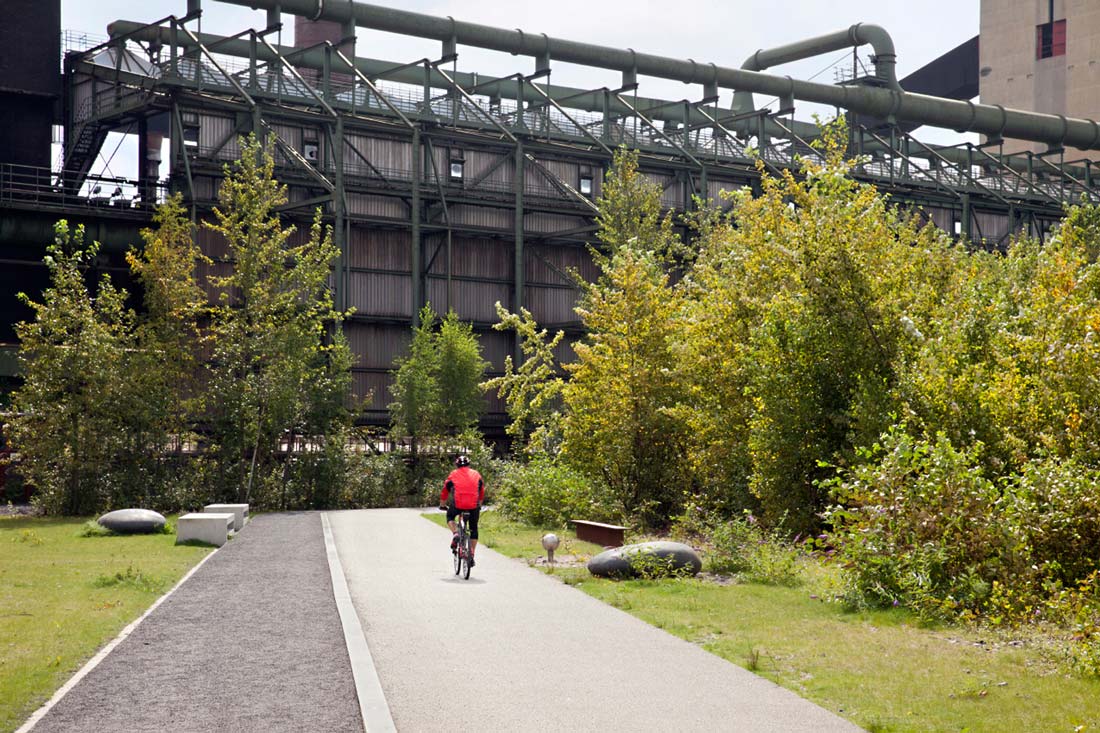 This was our view of Zollverein Park in 1994. Subsequently, the area of the Zollverein colliery and coking plant underwent rapid development. The Zollverein Park was made accessible, and visitors were allowed to enter the unexplored site. The concept under which we looked at Zollverein Park in the architectural competition in 2005 linked two different views together: carefully emphasizing the existing characteristics and qualities of a forgotten landscape, and making available necessary new, multifaceted and robust infrastructure for new activities in Zollverein. 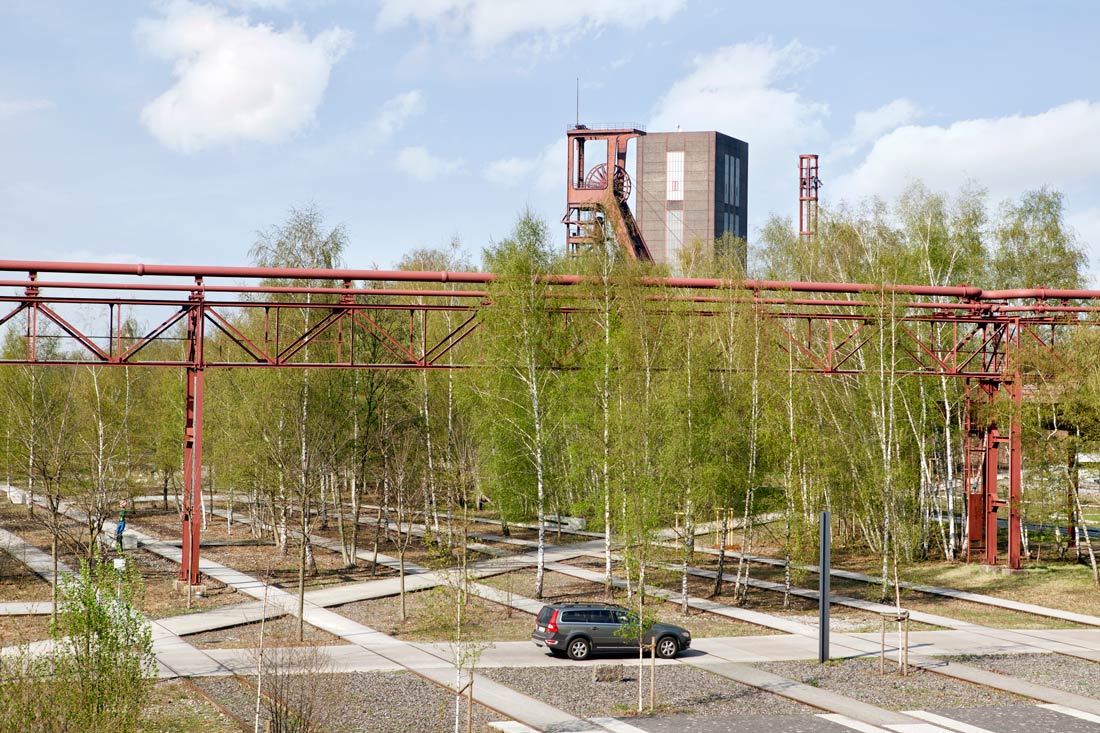 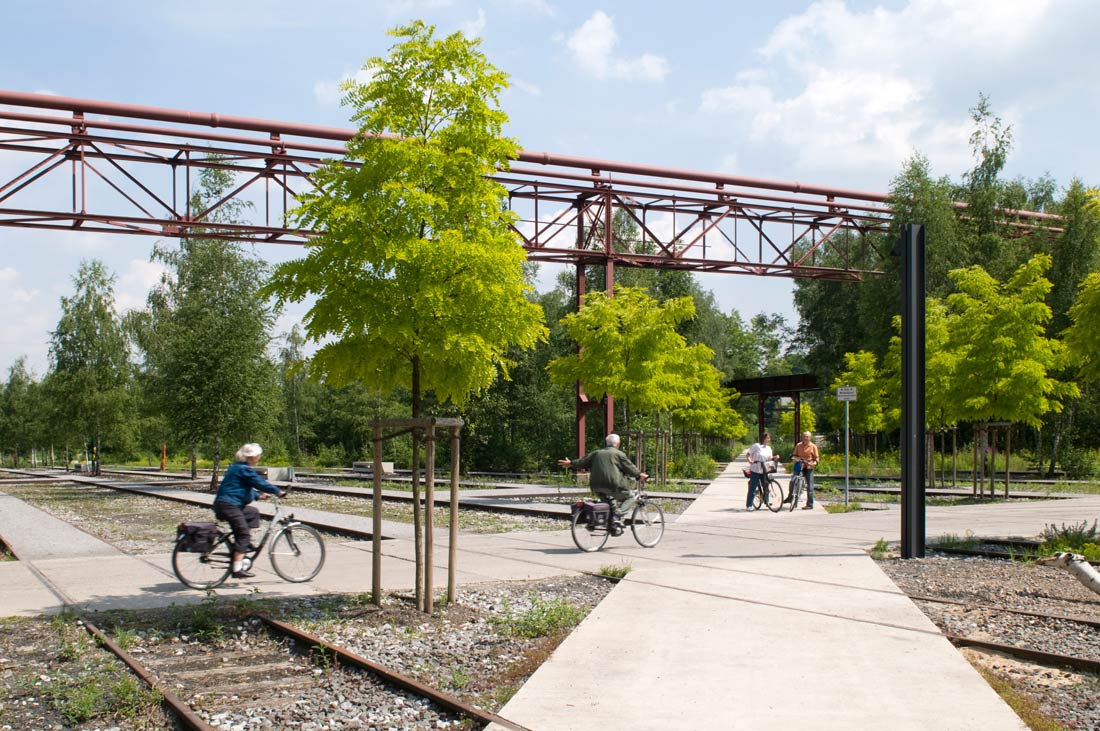 Our approach and handling of Zollverein is based on several principles: emphasis on the architectural ensemble, restraint in the landscape design, a reduction of elements and materials, respect for the existing elements, preservation of the industrial origin, and acquisition of space by visitors, making the transformation from a hermetically sealed-off industrial site to a public tourist highlight that is visible and accessible. Zollverein Park – which has developed on an industrially embossed terrain and does not deny its origins by gently adding and classifying – keeps its unique selling point by the high-contrast interacting between the clear, simple forms and structures of industrial architecture and the variety of spontaneous vegetation. The shape and outer appearance of Zollverein Park are developed through a systematic and continuous maintenance. 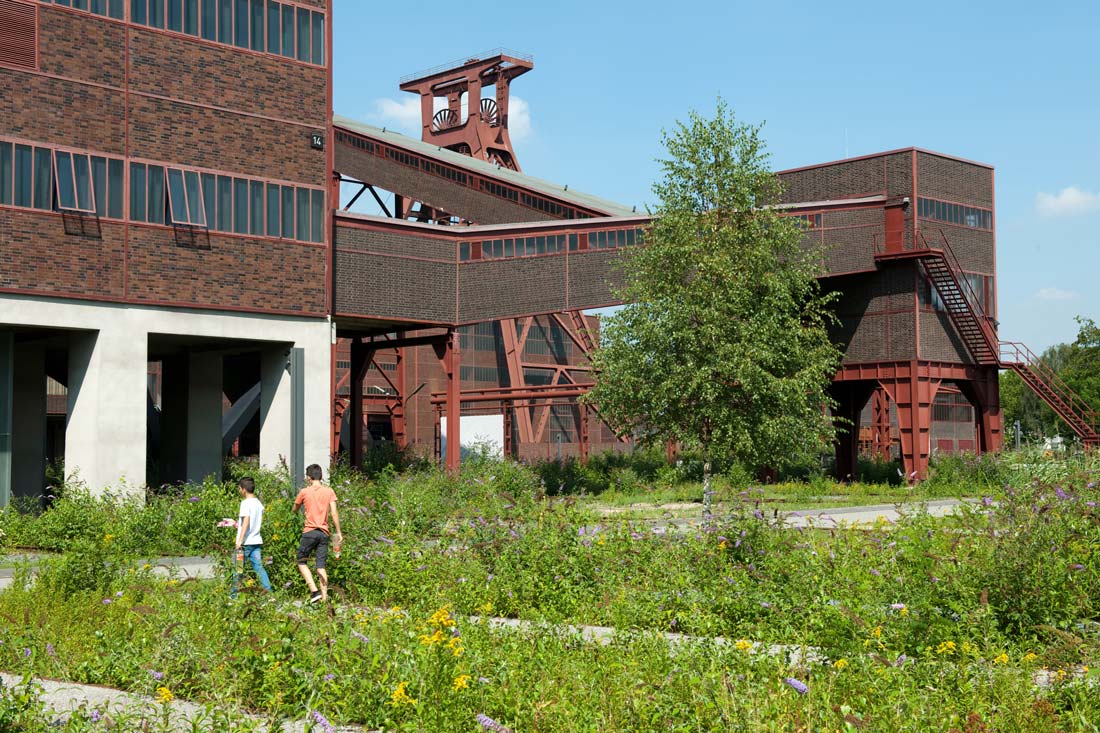 The long-term concept of development by maintenance goes hand-in-hand with the gradual construction of the elements in Zollverein Park. Over a relatively long period, a forbidden zone develops into a park which is ready to be explored. It is not about establishing a museum-like industrial landscape, but rather composing a landscape with existing elements; this concept consciously includes both historical and current developments and signs, while offering surfaces and spaces for future developments and purposes – open to interpretation and offering a programmatic flexibility. 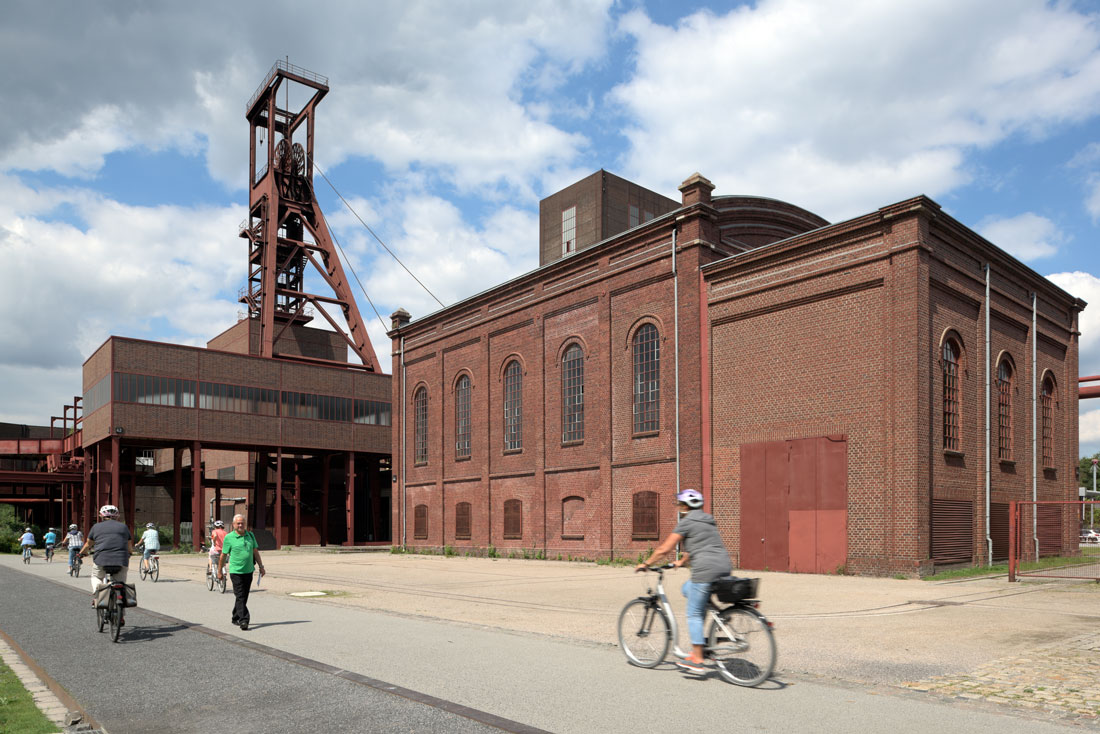 With the concept of design by maintenance, the gentle approach to emphasizing the existing vegetation is tied into dispensing with any large intervention. The vegetation is given time and calm to develop naturally, and any potential intervention in the existing and future vegetation is executed very carefully. In that sense, Zollverein is a place that develops a special atmosphere and energy on its own. The cautious care and maintenance are, at the same time, easy to manage and relatively cost-effective. 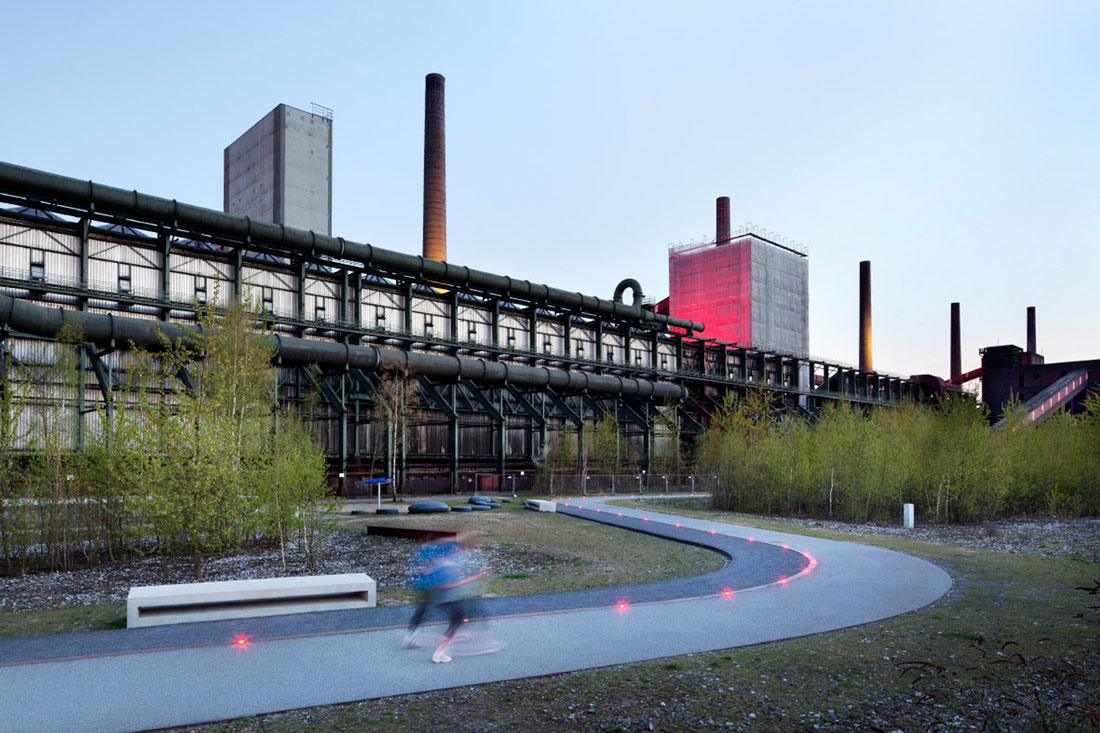 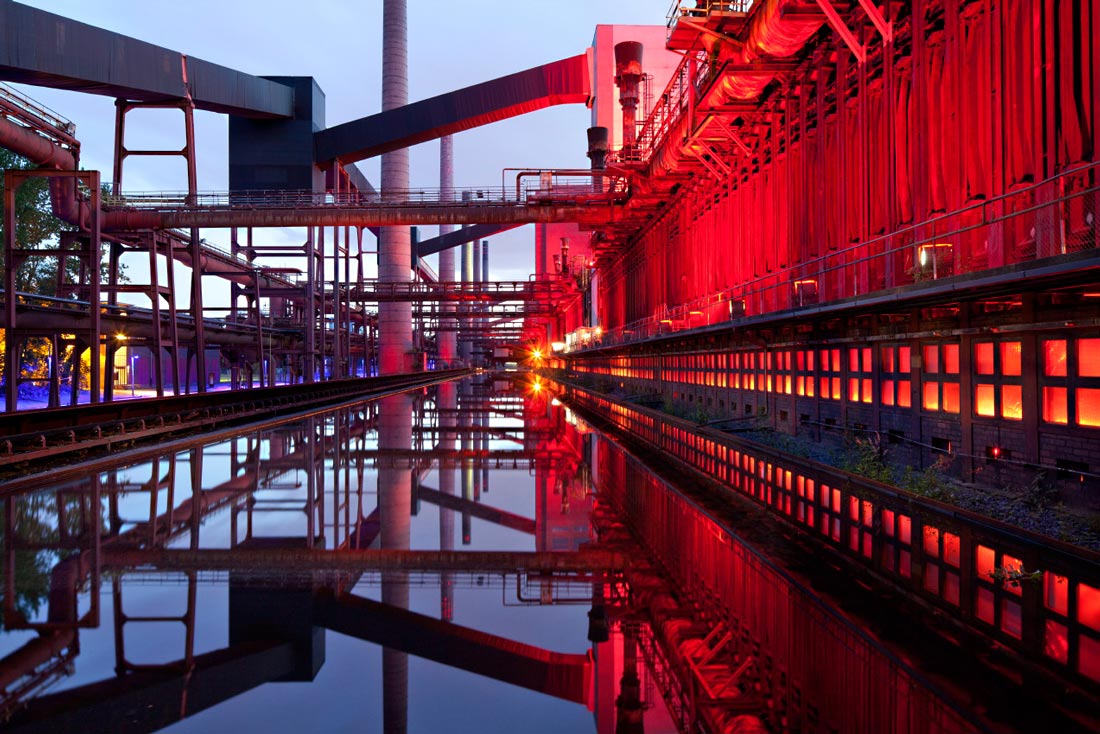 With its status as a world heritage site, Zollverein has a very high impact radius and it is an attraction for the city of Essen and the whole Ruhr region. In the foreground is the impressive industrial architecture of the mine plant. The open spaces have an unobtrusive look, resulting in an effect on the architecture: they complement the ensemble in a formal framework that makes the dimensions of the site more tangible. Zollverein Park is an exceptional open space, which offers a unique experience with its complex offer of open spaces, in conjunction with the mine facility, and it attracts tourists and local residents equally. 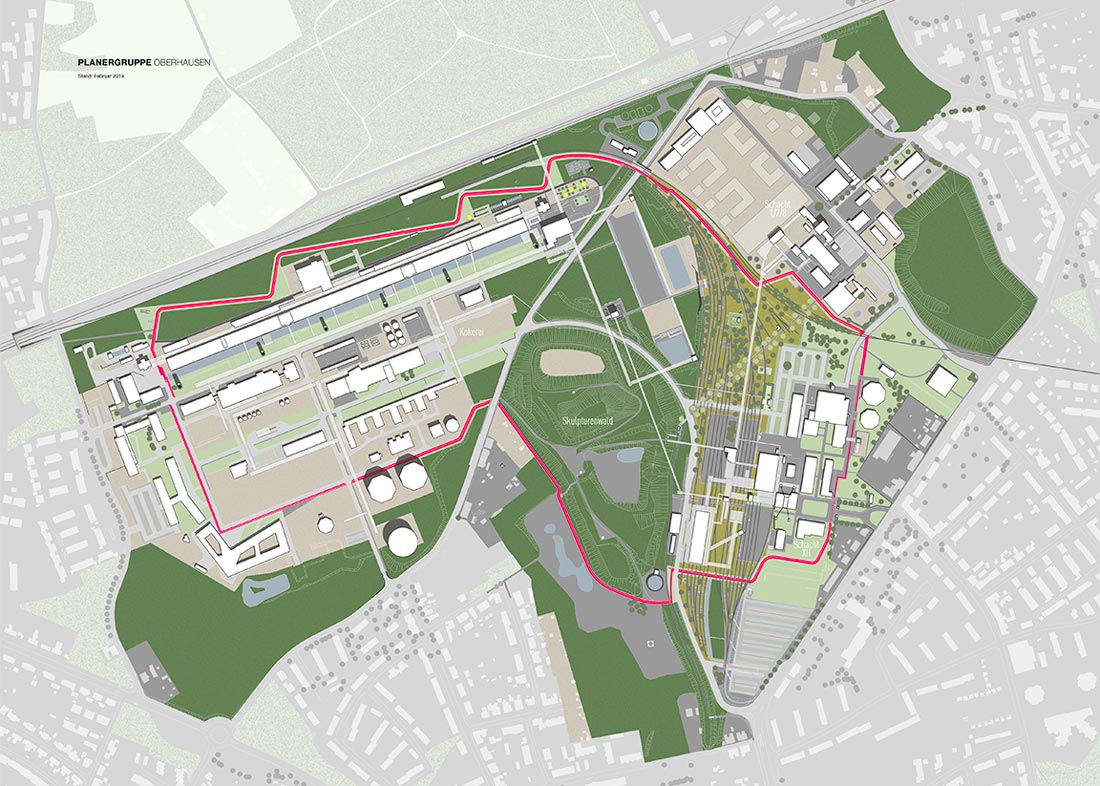