On the 13 March 2011 the remote Aboriginal Community of Warrmarn, Gija Country East Kimberley in Western Australia, was struck by devastating floods that overwhelmed much of the town and damaged or destroyed most buildings. Some 350 Gija People were forced off their homelands for two years. The Walumba Aged Care Centre was born out of this disaster. The site, within the Turkey Creek river valley at Warmun, the core township for the Gija People, was selected by the Community Elders as it was adjacent to the school and close to the community centre. This location ensured that the Elders in residence could be easily accessed by the young members of the community to provide cultural and emotional support between the generations. Most of Warmun is within the 2011 flood zone (a 1:350 year event) and is adjacent to the old aged care hostel site. The former hostel was destroyed by the flood, but it was seen as important to the community to locate the new Elders Centre near this zone. The location in the flood zone generated the form of the building, with the prosaic raising of the building off the ground which allows for flood waters to flow below it, while ramps and stairs provide access for people and cars even during a flood event. 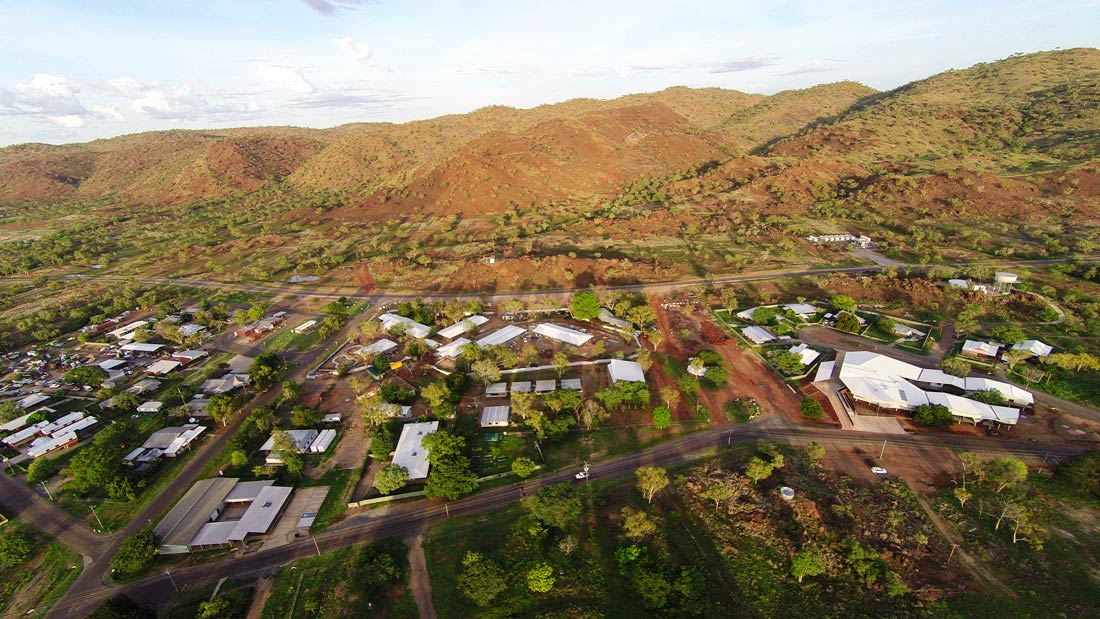 The new building was sited adjacent to the community school – to act as a focal point for bringing the community back together. To avoid potential future flooding the centre is built 2.4 metres above the natural ground level and is conceptually linked with the idea of a bridge. The concept relates to a bridge not only as physical infrastructure but also as passage of knowledge between generations and as a place of care and respite before the possibility of passing from this existence to the next. The facility seeks to address and manage complex and critical factors inherent in Aboriginal culture such as gender separation, access to outdoor spaces both public and private, supporting Lore and Culture activities including ceremonies that may involve fire and smoke, avoidance relationships including son-in-law/mother-in-law relationships, inter-family conflict issues and mortuary practices called ‘sorry business’.

The flood caused both a physical and spiritual trauma to the community. Buildings with long histories were totally destroyed and artefacts washed down the creek. The subsequent relocation of the community members to Kununurra, and the moving of the old Aged Hostel residents was a very traumatic event. Within twelve months many of the Aged Care residents had died. For the Gija people this is not just a ‘natural disaster’ but a deeper spiritual event, as previously described by deceased Elder Rover Thomas in Girrirr Girrirr dance ceremony which expressed the Spiritual event that Europeans called Cyclone Tracey. The design and construction of the Elders Centre – driven solely by the remaining Gija Elders and their community – was seen as bringing the Elders home, providing a place for the continued practice and transmission of Gija Lore and Culture and as a final reconstruction of the community both physically and spiritually. 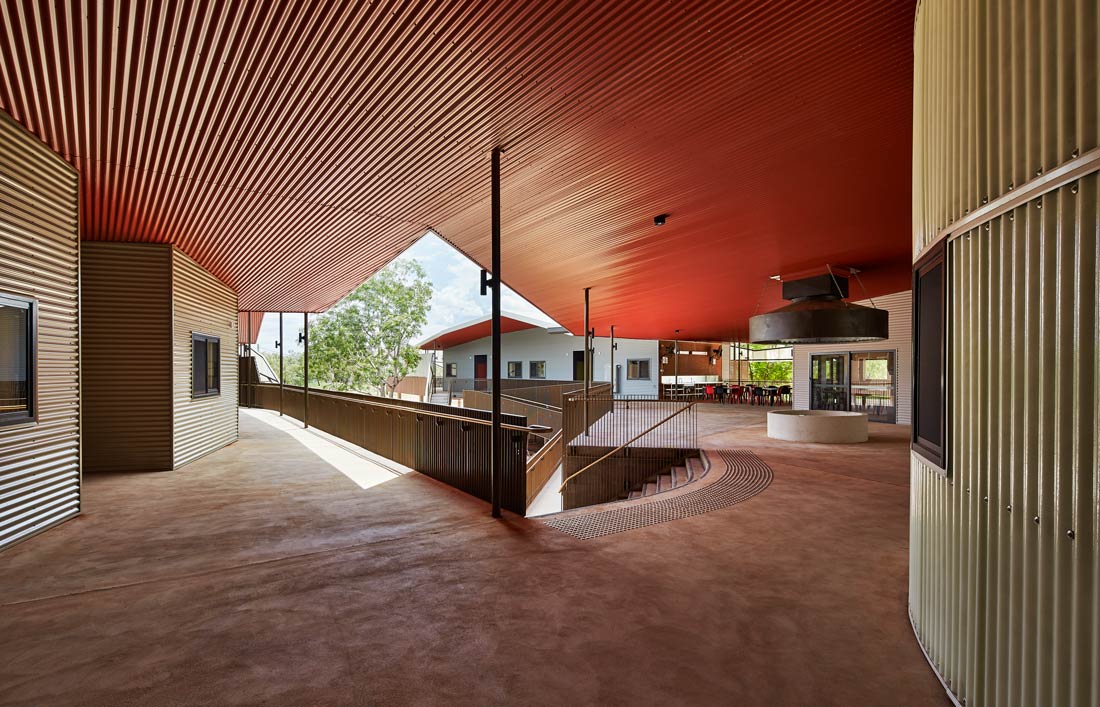 From an individual point of view private needs are met; connections between family members are strengthened and the joy of watching their young grandchildren play around the centre and grow up is supported. The harsh micro-climate is mitigated by shade screening systems, breezeway activity zones, wall fans, shade plantings and dust reduction plantings.

The macro scale can be seen as the broader community and Gija Cultural obligations, such as Smoking Ceremonies, Lore Time Practices and Celebrations. Kinship obligations are supported by providing a variety of public places, as well as gender specific zones for more sensitive Gija practices. The building frames views into the wider landscape – to the ceremonial tree to key Creation sites around the river valley. Landscaping plantings have been selected to support Cultural practices – including plantings of Snappy Gums, used in smoking ceremonies, to bush medicine and bush tucker plants. 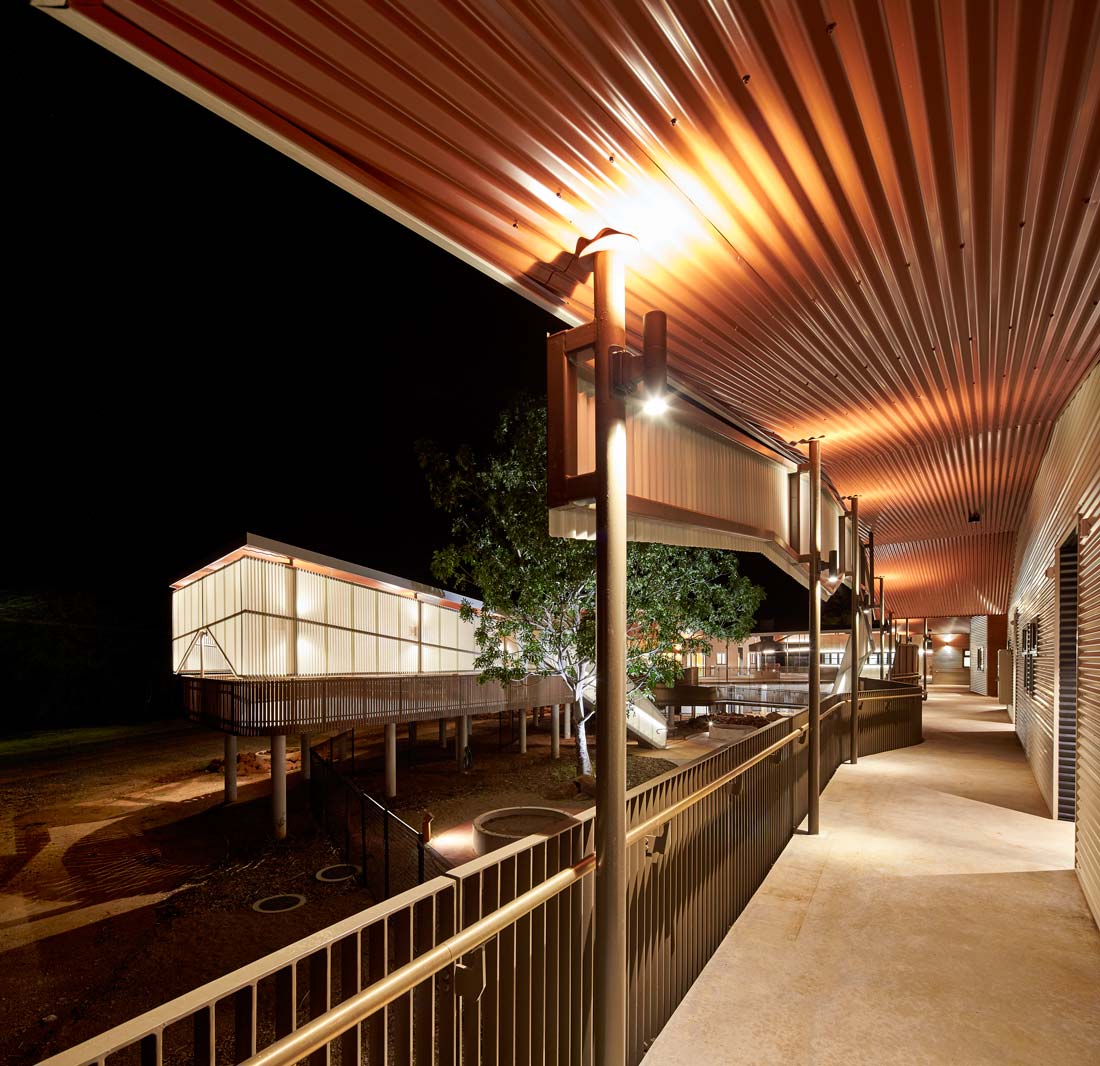 Funding was provided by the Commonwealth and State governments to rebuild the Community after the flood, however recurrent funding to operate the facility
was not included in the recovery grant.

This narrative is consistent with the many problems faced by remote communities that are trying to build and replace critical infrastructure and provide employment on their communities. In Warmun the situation was compounded by external parties who took advantage of it, stealing community funds and forcing the community
into receivership. This placed further pressure on their ability to run the Elders Centre as a fully functioning Aged Care Centre.

Community members are now gaining qualifications as aged care workers, and the community is seeking support and funding to operate the centre to the full extent for which it was designed. These and many other challenges persist throughout remote Australia. 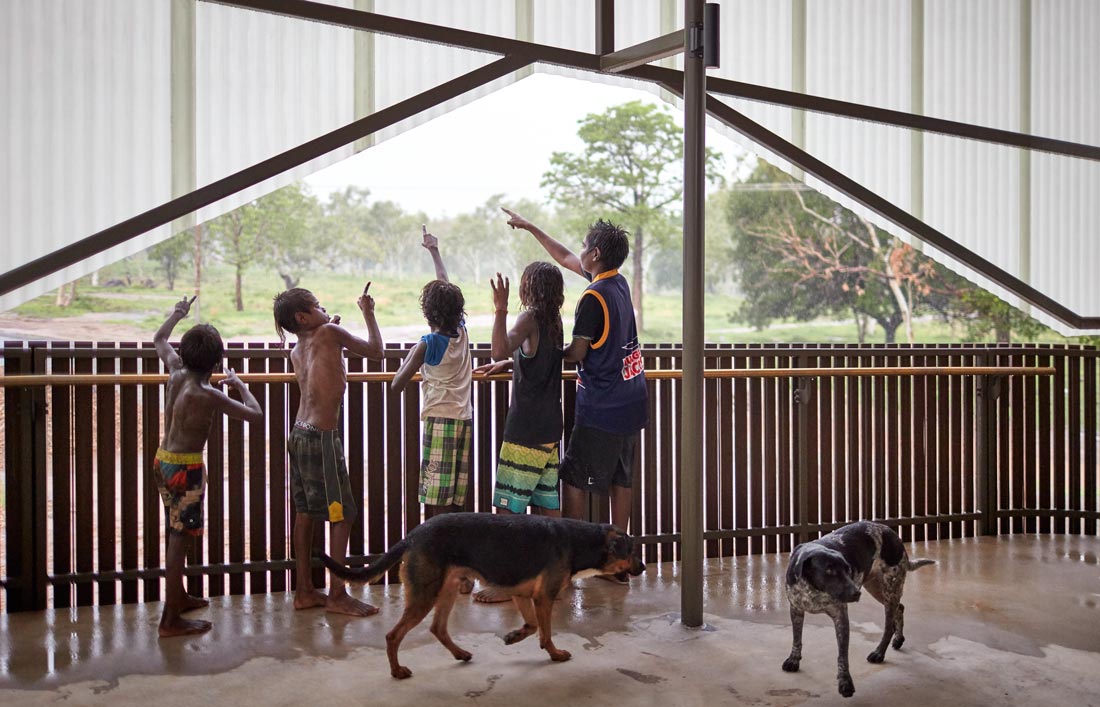 « Urban Ramp in Creil: Tying the City Together
AI and Designers: A Search for Solutions »