A Vertical Forest on Mars?

It is one of the hypotheses developed by SBA China along with the Tongji University’s Future City Lab to imagine Shanghai in 2117. A great metropolis that will be well flooded by water – if humanity will not be capable to reverse the warming of the planet. 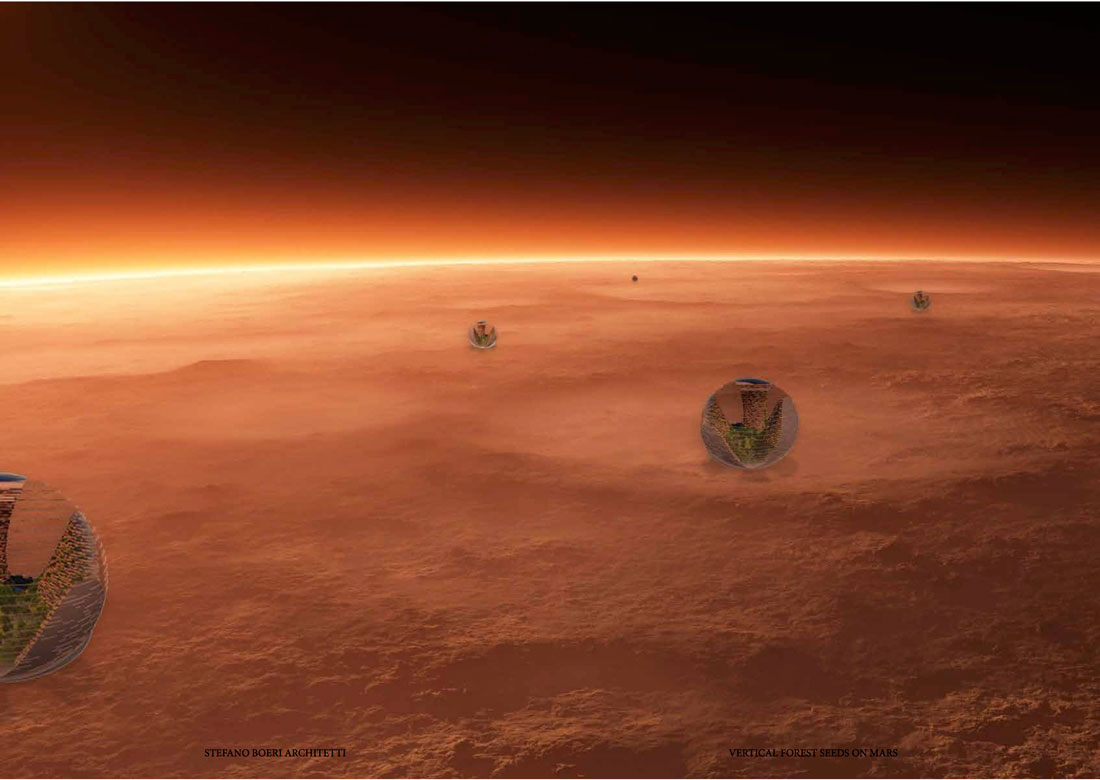 Thus, in collaboration with the Chinese Space Agency, was born the idea – so far in the form of vision – of a colony of Shanghai on the Red Planet. A “New Shanghai” that could be born thanks to the rooting on Mars’s surface of real “eco-systemic seeds” (which would travel through an interplanetary space station) within which to create an atmosphere and a favorable climate for plants and human life.

The “Vertical Forest Seeds on Mars” will be presented at the entrance of the great SUSAS 2017 exhibition, opening on October 15th in Minsheng Port in Shanghai. 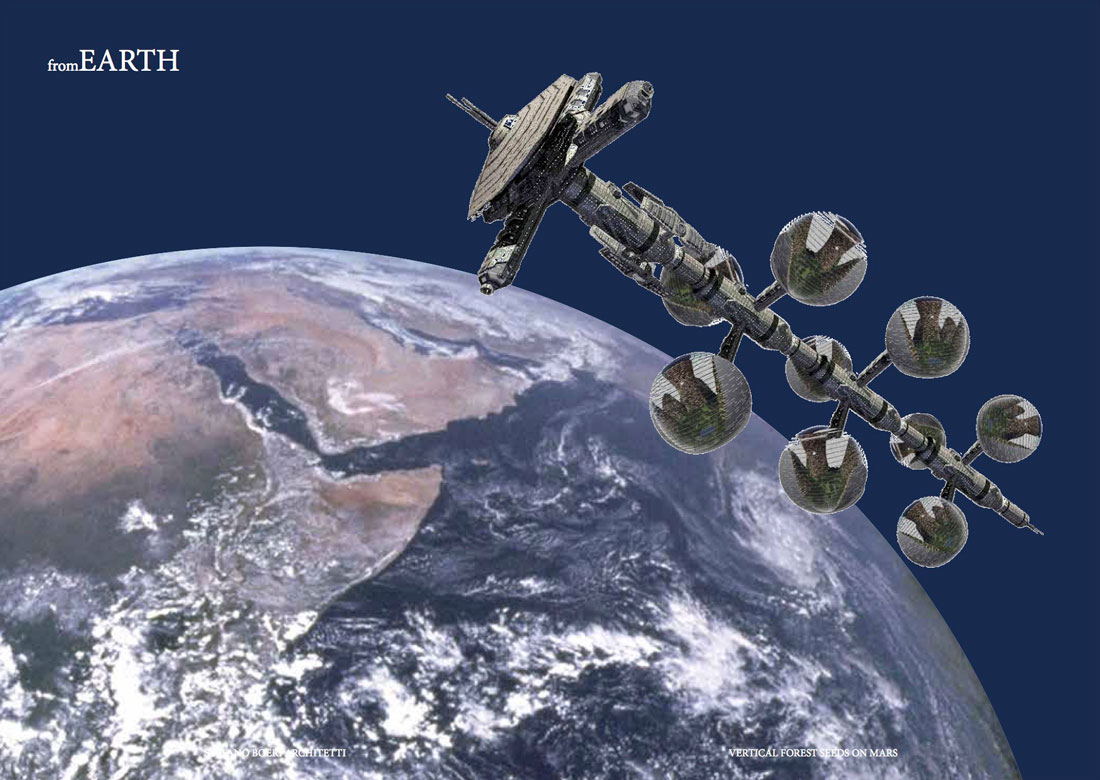 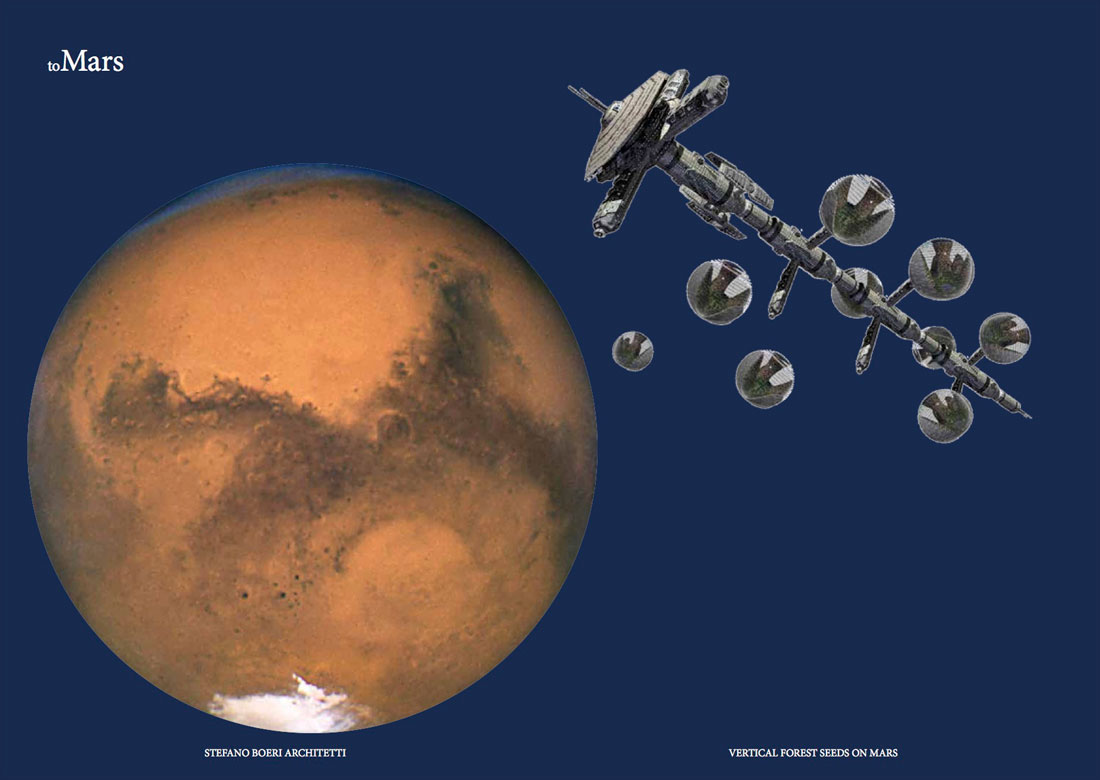 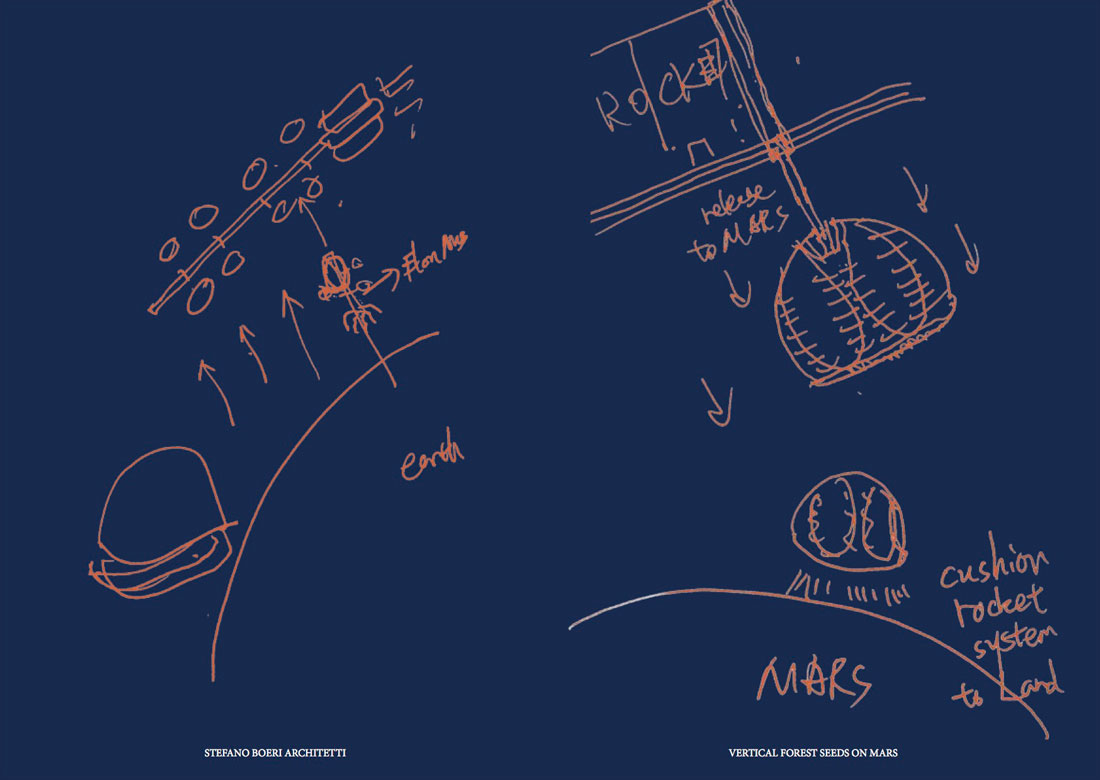 The edition 2017 of Shanghai Urban Space and Art Season is curated by Stefano Boeri with Lee Xiangning, dean of School of Architecture and Urban Planning of Tongji University, and Fang Zhenning, contemporary independent artist and interational critic. With the contribution of co-curators Guo Xiaoyan, Feng Lu and Tommaso Sacchi, SUSAS invited nearly 200 well-known curators, architects, artists from all over the world, to create cultural festival of urban renovation.

The exhibition 2017 is entitled “This-CONNECTION – sharing a future of public space”, it features art, architecture, urban planning, design interpreting the future of the cities.

Stefano Boeri Architetti will present the Marsian experiment through an installation with augmented reality high-tech. The visitors can use the on-site equipment or download the online application software provided by Archi Maker, in order to experience the green city view in the future interstellar after 100 years. In addition, RADURA the conceptual installation by Stefano Boeri Architetti will debut in China. It will work as an antenna inside the “Vertical Forest Mars Seed”, enabling it to receive information from the past, present and future. 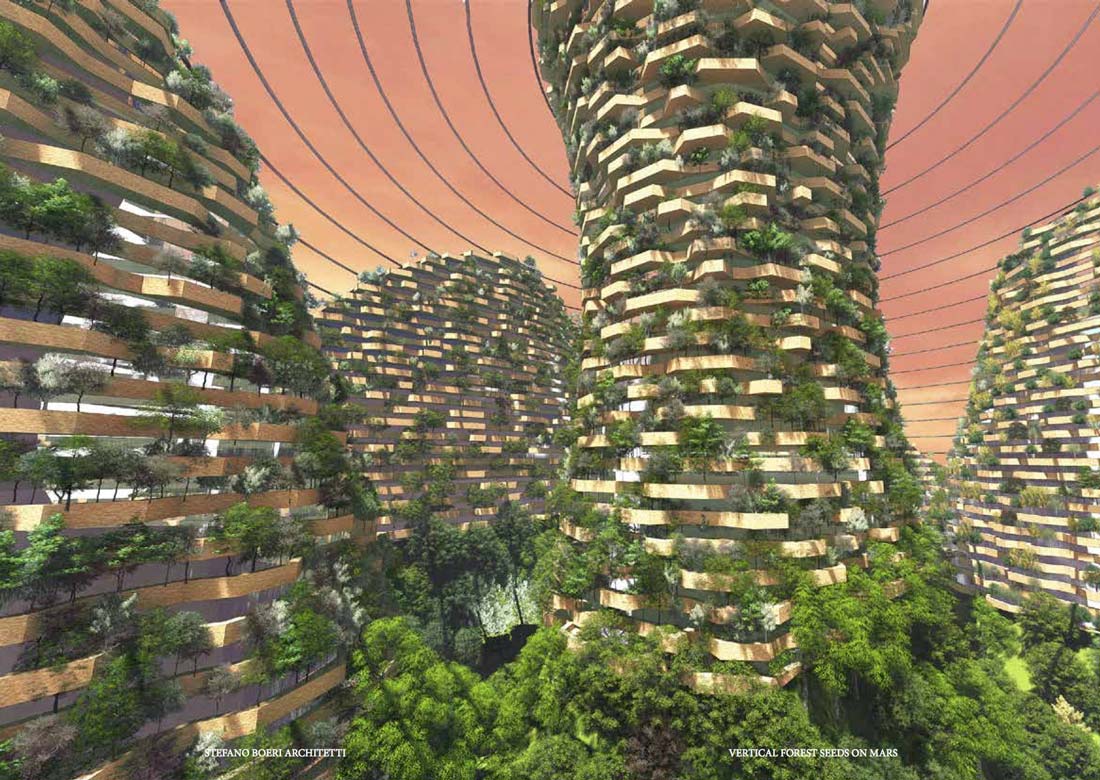 SUSAS 2017 will be open to visitors for the following three months.

« The Arsenal of Exclusion & Inclusion
Urban Forestry: A Call for Action »