Imagine a future where immense amounts of trash didn’t pile up on the peripheries of our cities: a future where we understand the ‘removal-chain’ as we do the ‘supply-chain’, and where we can use this knowledge to not only build more efficient and sustainable infrastructures but to promote behavioral change. In this future city, the invisible infrastructures of trash removal will become visible and the final journey of our trash will no longer be “out of sight, out of mind”.

TrashTrack uses hundreds of small, smart, location aware tags: a first step towards the deployment of smart-dust – networks of tiny locatable and addressable microeletromechanical systems.These tags are attached to different types of trash so that these items can be followed through the city’s waste management system, revealing the final journey of our everyday objects in a series of real time visualizations.

The project is an initial investigation into understanding the ‘removal-chain’ in urban areas and it represents a type of change that is taking place in cities: a bottom-up approach to managing resources and promoting behavioral change through pervasive technologies. TrashTrack builds on previous work of the SENSEable City Lab in its exploration of how the increasing deployment of sensors and mobile technologies radically transforms how we understand and describe cities.

How the trash tag works 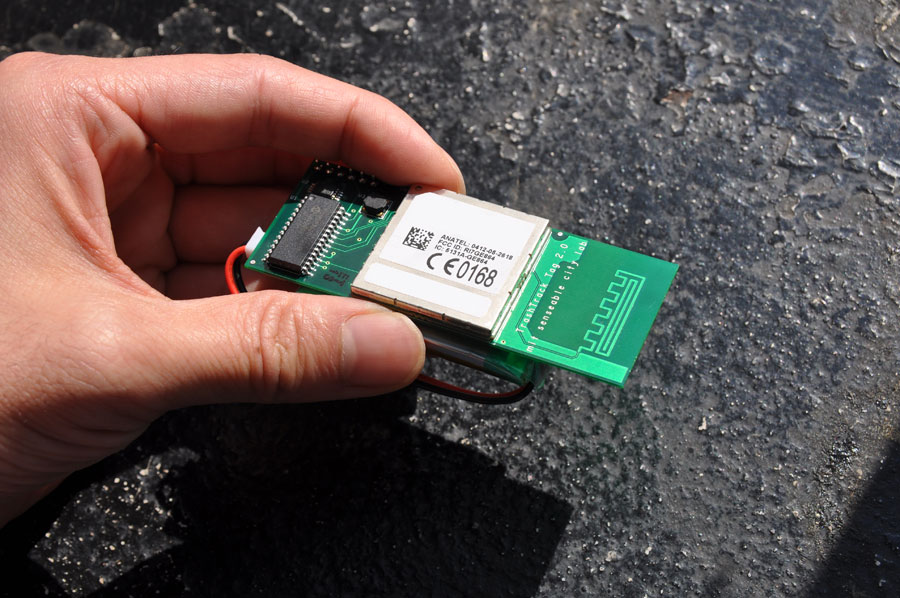 The trash tag periodically measures its location and reports that data to the server via the cellular network.   The first generation of trash tags was based on GSM cellular phone technology that estimates the tag position by measuring signal strength from each cell tower in sight of the device and comparing it to a map of cell phone towers – a technique known as CellID triangulation.  The location accuracy is not as good as GPS but tends to be more robust, as cellular signals can be picked up inside buildings and from within piles of trash, not requiring an unobstructed sky view. Our second generation of tracking tags use the best of both worlds – GPS and CDMA cell-tower trilateration based on the Qualcomm inGeo™ platform in combination with Sprint’s cell phone network, utilizing Qualcomm’s gpsOne® technology to provide both accuracy and availability for position tracking applications like ours. Future generations of devices will work seamlessly across CDMA/GSM/UMTS networks, a feature that will allow tracking items across international borders.

In order to ensure a long enough lifetime to track the trash to its final destination, we developed ‘duty cycling’ algorithms, which we use along with inGeo™‘s “Low Duty Cycle” technology which provides hibernation capability that keep the tag off most of the time, turning it on only every few hours to sense and report its position. The tag also uses a motion sensor, which allows it to continue being in hibernation mode if no movement has been detected, thus further extending the battery life. If movement has been detected, the motion sensor wakes up the device to check and report its new position. Our algorithms vary the sampling rate in response to conditions sensed by the tag. In particular, the tag uses a set of orientation sensors to sense changes in position to increase the location sampling rate when the tag is apparently moving, and whenever previously unseen cell tower IDs are observed.

All of the components used in the tags are RoHS compliant, which means that toxic material levels are below both U.S. and European Union standards for electronics products for which the Trash Track tags can be legally introduced into waste streams. 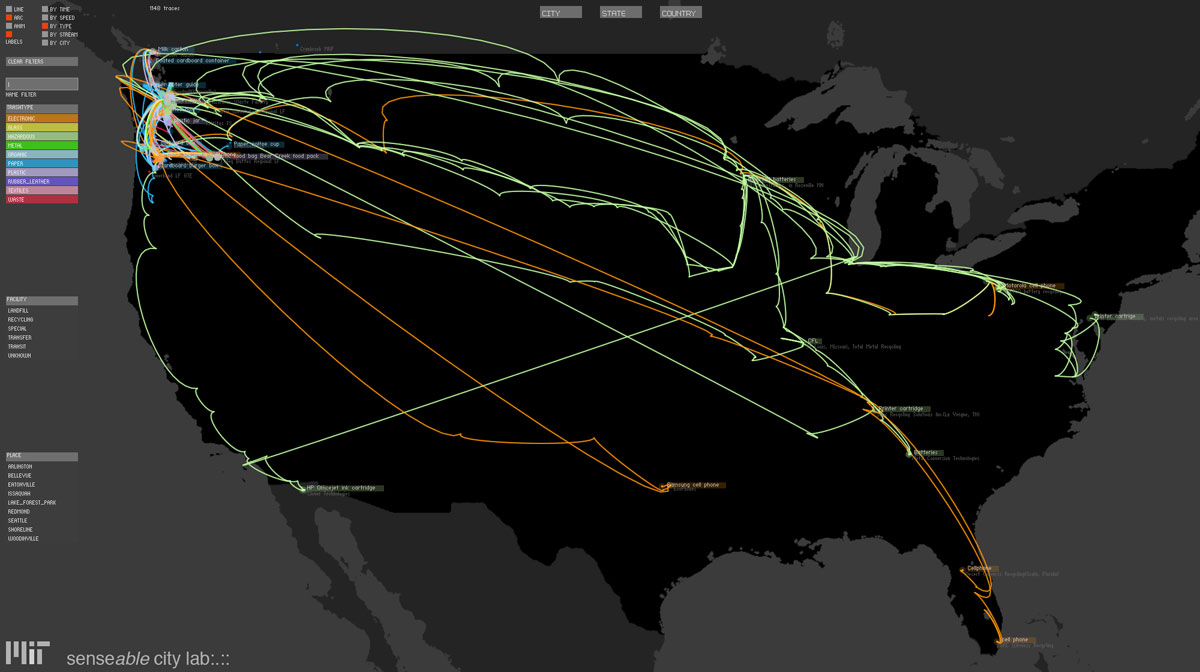 The triangulation / tower location service is provided by navizon.com.

How the system works

How the tags were deployed

Apparently a trivial task, throwing away trash becomes quite distinct when trying to follow its journey object by object. Inserting the Trash Track tags into the waste removal chain requires attention to a number of critical aspects:

Achieving a balance in the different types of objects to be tagged and disposed of in terms of component materials, type of technology, object size and product functionality

Registering each unique tag number with an object’s name, specifications, context and location of disposal 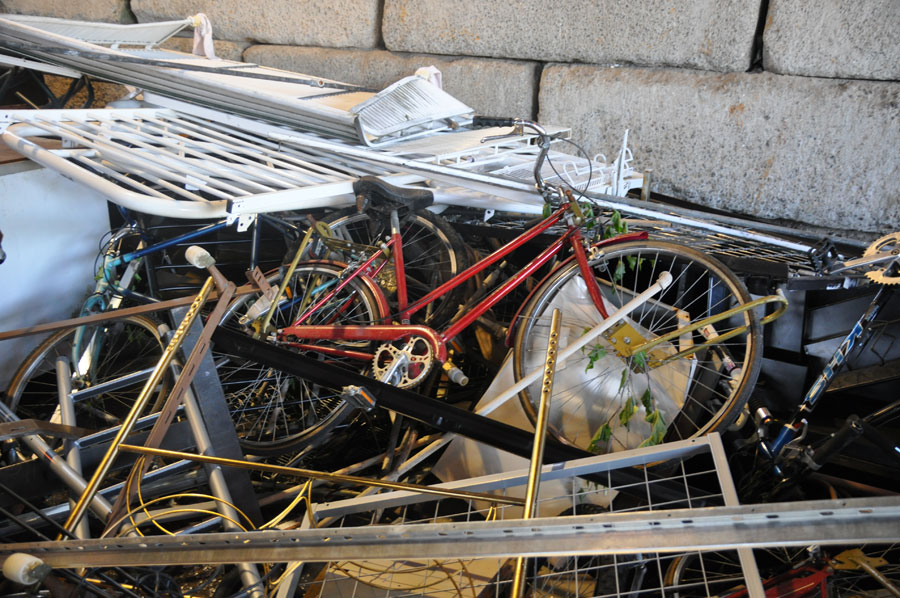 While a large part of tagged waste objects were deployed by SENSEable City Lab members during a six day period in Seattle, several volunteers in Seattle were involved in the project in two ways: one group had their daily trash tagged and subsequently tracked, while on another occasion, a Trash Track tagging event was organized at the Seattle Public Library involving the general public. 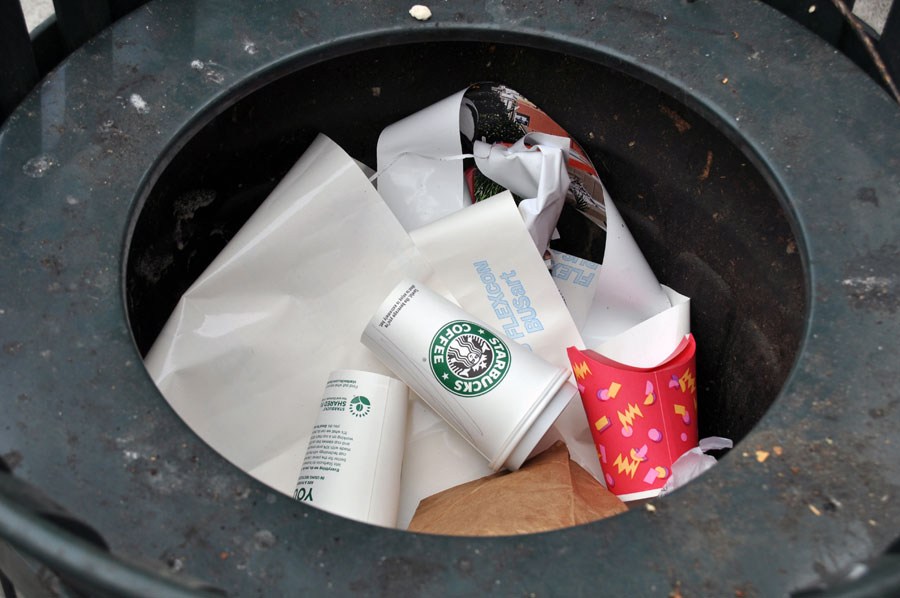 In New York, the SENSEable City Lab together with the Architectural League attached tags to a number of outdated office equipment, which was subsequently thrown away.

When the exhibition opens on 17 September, 500 tags will have been deployed between New York and Seattle. In a second phase of the project, this number will increase to several thousand tags involving additional cities. 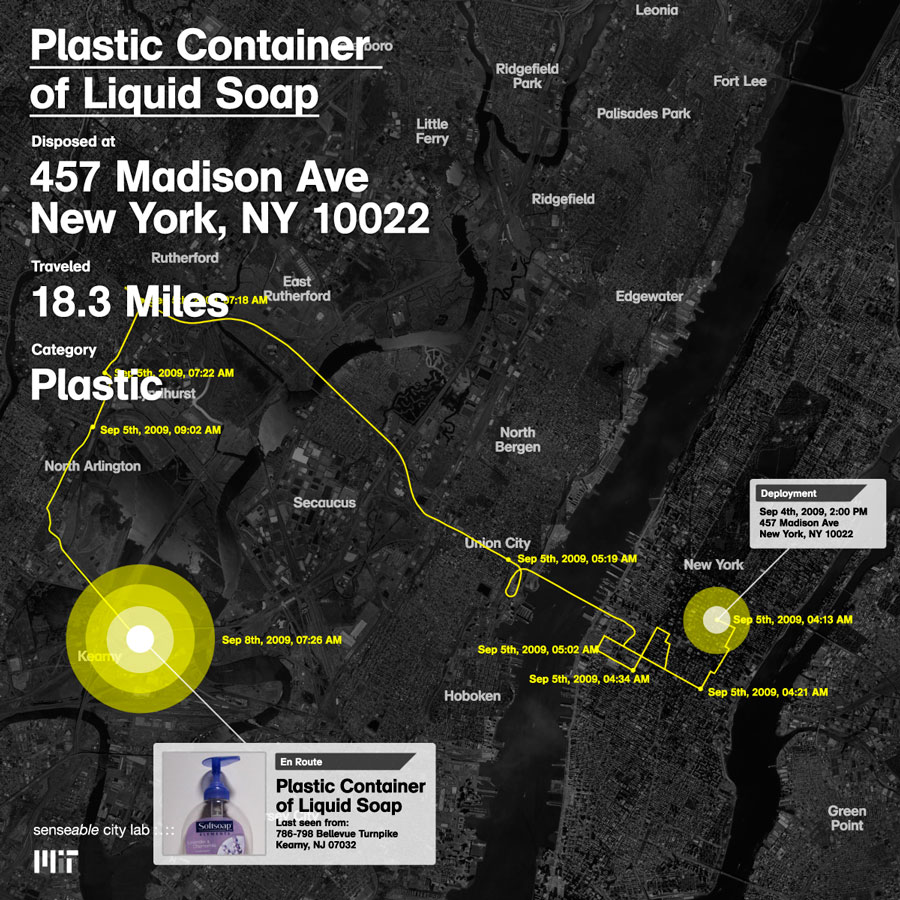 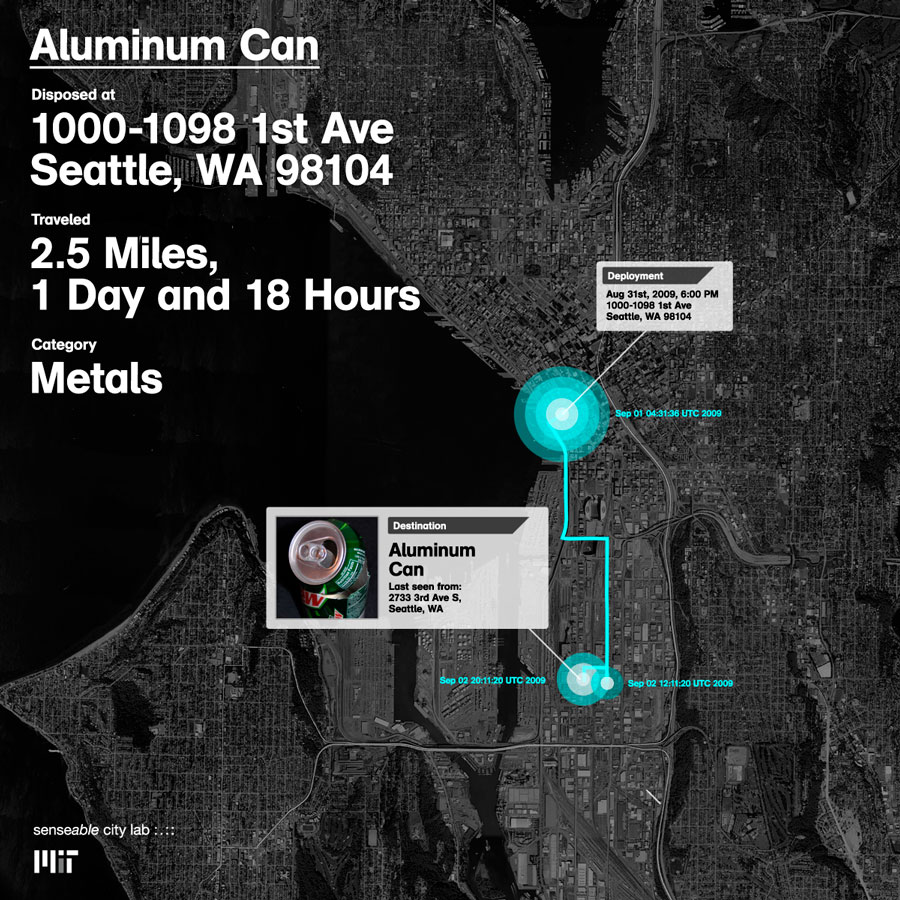