“It is said that architects always design the same building. In a sense I have always rewritten the same essay.”[1]

In 1980, just a few months before the opening of the first International Architecture Exhibition of the Venice Biennale, British architectural historian Kenneth Frampton resigned from the curatorial team. His co-curators, Paolo Portoghesi, Robert A. M. Stern, Charles Jencks, Christian Norberg-Schulz, and Vincent Scully, had settled on an approach that emphasized the glorification of the past and positioned postmodernism as an architectural style of historicist eclecticism, in fierce opposition to Frampton’s ideology.[2] Although Frampton was critical of the legacy of the modern movement, he shared Jurgen Habermas’s commitment to “the unfinished project of modernity”[3] and argued for an architecture that would resist the universalizing hegemony of the postmodern times he was witnessing.
Frampton’s “criticism from within,” as Léa-Catherine Szacka has suggested, prepared the field for alternative sensibilities in architecture through which his interest in the ground becomes apparent.[4] In reaction to impending universalization, the historian argued for the specificities of place. In reaction to the postmodern reduction of architecture to images, he reclaimed expressive forms of architectural structure and tectonics. In reaction to the modernist tabula rasa, he emphasized the importance of site and topography. Frampton elaborated his vision in a sequence of texts, articles, books, lectures, and teaching modules,[5] an exploration that had started a decade before his involvement in Venice and would climax in his seminal essay “Towards a Critical Regionalism: Six Points for an Architecture of Resistance,” published in 1983.[6]

In Frampton’s call for the tactile instead of the visual, the tectonic rather than the scenographic, and the hybrid over the homogeneous, one finds evidence that ground and topography were leading notions for the historian. In the first point of both his original text and the extended versions that followed, he argued for an embedded architecture, proposing a radical alternative to absolute placelessness, and in doing so, elevated the specifics of the ground to an essential aspect of the art of building. He argued that a certain form of resistance seemed to develop in a climate where culture became a global concept. As such, Frampton aimed to rescue architecture from the many manipulations of history by providing it with a solid rootedness. But how did Frampton apprehend this rootedness? Was it essential to the architecture he promoted, a mere provocation against the so-called “presence of the past,” or a mechanism in his attempt to reposition architecture ideologically? 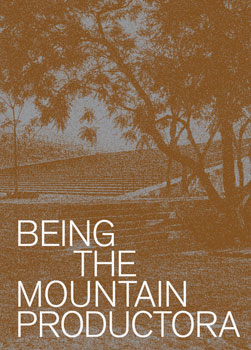