This essay is an excerpt of Mobile Theater by Fernando Quesada. Published by Actar Publishers

In a retrospective text about the pedagogy of the Architectural Association called “The Electric Decade: An Atmosphere at the AA School 1963-1973”, written by Peter Cook and published in 1975, he calls the decade odd and eccentric. The Mobile Theater design fell within that decade, and it shows significant parallels with other projects developed by students at the school.

The resemblances go beyond mere formal qualities or questions of composition and technological possibilities, shared by teachers and students in a generational continuity of interests and languages, both exemplary and critical. Cook tells of his beginnings as a professor at his alma mater in 1964, with just four years of experience as a graduate and a certain popularity among the close-knit circles of the London avant-garde. He describes the school’s gradual process of “electrification”, in its broadening disciplinary openness to social and cultural interests, which Archigram disseminated through its magazine and public appearances. This disciplinary openness, aptly characterized by Cook’s statement on the relative importance of rain in Oxford Street in relation to its architecture, reached its limits at the end of this decade:

Around 1969 there were small pockets of invention, rethink, and honest-to-goodness unravelling going on… among a pervading grey. […] And for me, the grey was magically pushed away again with the onrush of the fifth year of 1970-1971. Quite simply – they were great! Because they did things. And they could draw. And they could invent. And they had style. Sometimes the style was in their manner… the year of the mods… matured mods maybe… but with a leftover of panache. Even those with an overriding social conscience bore no resemblance to the traditional AA do-gooder… they got out there and did something about it. Graham Hobbs and Kay Jordan… they set a shop (literally a shop) in the downtrodden community and got things organised. People didn’t talk about domes and inflatables… they lived inside them. And art came back. [1] 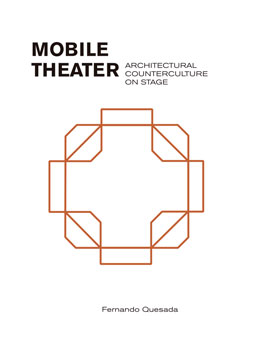 [1] Peter Cook: “The Electric Decade: An Atmosphere at the AA School 1963-73”, in James Gowan (ed.): A Continuing Experiment: Learning and Teaching at the Architectural Association, London: Architectural Press, pgs. 137-146. [2] Tribute to Kay Jordan after her death, in The Guardian, February 20, 2011. [3] Patrick Sisson: More than Hot Air: The Lasting Impact of Inflatable Architecture, available online at http://www.curbed.com/2016/1/21/10844774/inflatable-architecture-geodesic-dome-design-legacy. [4] This idea appears in Chapter 12 “A Range of Methods” of Reyner Banham’s The Architecture of the Well-Tempered Environment, London: Architectural Press 1969.

« Carved
The Envelope as a Framework »