Published in "The Generic Sublime. Organizational Models for Global Architecture", 2017.

Beyond a certain scale, architecture acquires the properties of Bigness. The best reason to broach Bigness is the one given by climbers of Mount Everest: ‘because it is there.’ Bigness is ultimate architecture. Rem Koolhaas

[T]he destiny of humanity [architecture] depends upon the attainment of its highest type. Friedrich Nietzsche

Approximately 40 years ago, a set of wild images and poignant narratives borrowed from and simultaneously projected back onto the undeniably congested reality of Manhattan were condensed into a retroactive manifesto for contemporary architecture by the young architect Rem Koolhaas. With its “unconscious” theory of Manhattanism and its antiurban concepts of programmatic instability, auto-monumentality, vertical schism, the irresistible synthetic, and the technology of the fantastic, Delirious New York insolently challenged all remaining forms of public life and brought into question the alleged self-evidence of an urbanism of good intentions. 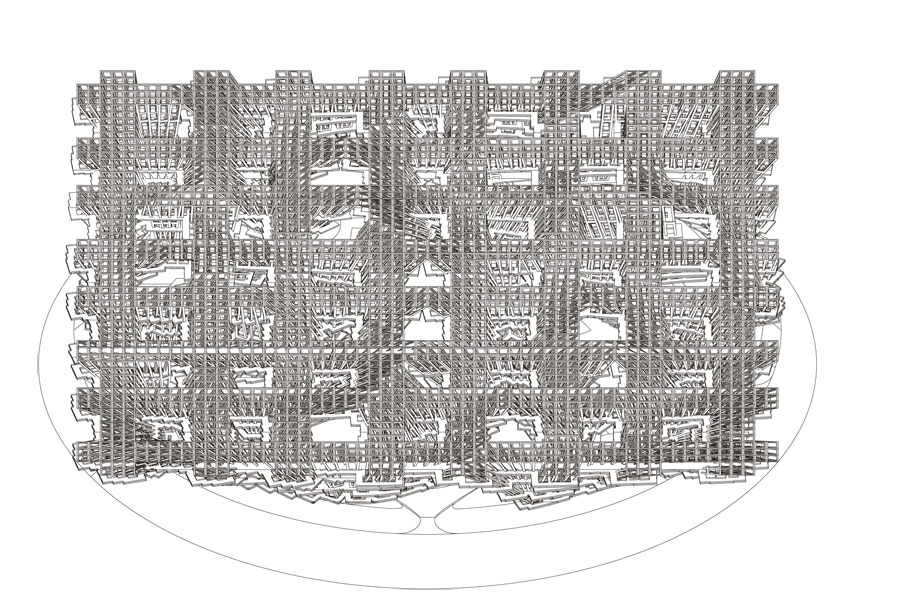 Koolhaas documented his revolutionary model with “a mountain range of evidence without manifesto”—a series of developmental forms of early 20th-century Manhattan, distributed across the island as an amoral pile of defiant architectural debris. Processed and presented retroactively, Koolhaas’s matter-of-fact yet custom-made theory became the definitive expression of the so-called culture of congestion: an archipelago of skyscraper islands made of extreme solitudes, plotted on a matrix that radically segregated one from the other, and floating imperceptibly on the vast sea of capitalism.

Note: The epigraphs above are taken from Rem Koolhaas, “Bigness (or the Problem of Large),” in Small, Medium, Large, Extra-Large (New York: Monacelli Press, 1995), 495; and Friedrich Nietzsche, “The Highest Man as Legislator of the Future,” in The Will to Power, ed. Walter Kaufmann, trans. Walter Kaufmann and R. J. Hollingdale (New York: Vintage Books, 1968), ch. 6, sect. 987, 516. Originally published in German in 1901. Quotations and references in the body of the essay are taken from Rem Koolhaas, Delirious New York: A Retroactive Manifesto for Manhattan (New York: Oxford University Press, 1978).

« The Building: Architectural Thinking as a Form of Knowledge
Organizational Models for Global Architecture »