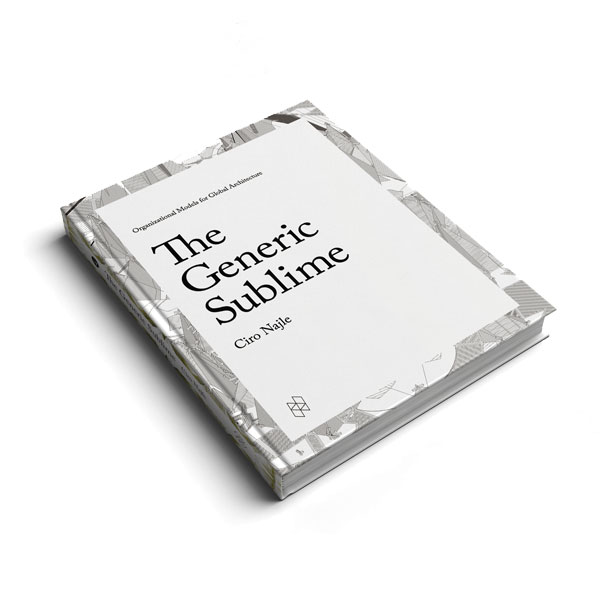 The Generic Sublime explores the sublime condition that generic organizations attain when operating in multiples. It investigates how the modernist concept of the generic—once assumed to achieve universality by means of organizational homogeneity, formal neutrality, programmatic blankness, lack of identity, and insipidness of character—holds the potential to turn into its very opposite: the singular, the irreducible, and the extraordinary. This book investigates the principles embedded in extra-extra-large developments to construct models of the ubiquitous and self-contradictory phenomenon by which urbanization constructs the territory in which it is grounded.

The Generic Sublime embraces the project of its predecessor, the American skyscraper, to radically integrate the urban in a single, antiurban, cybernetic universe: a large-scale architectural machine that breeds unpredictable organizations through organizational complexity, systemic inclusiveness, paradoxical coexistence, and reciprocal intensification. But it initiates a second, simpler and vaster, megalomaniacal leap: the envelopment, in an all-embracing, multiplicitous architectural interiority, of pure territorial exteriority, where infrastructures, ecologies, and urban conditions interact in the synthetic spatial field of a single building.

Radically domesticated, the territory breeds the artificial wildness of the boldest architectural artifacts, shifting the intellectually comfortable condition of estrangement through shock into that of self-alienation through differentiation, where architecture takes on the blunt force of an artistic invention through a self-propelling condition, which can be concurrently regarded as neo-natural, over-urban, or utopioid. Restricted, austere, simple in its premises, plentiful, expansive, extreme in its expressions, and fundamentally unbound by any dependence on reason, the Generic Sublime employs rationality as the ultimate means for the propagation of its canon: brutal indifference.