Renovation of a former tobacco factory from the Gründerzeit (Wilhelminian Style) to a multi-generation residential complex with 11 units. The concept centers on a unheated area that serves various seasonal functions and is situated between the existing façade and the implanted new building. An inner courtyard inserted into the existing building provides additional illumination for the residential units and serves as a common meeting place. The relatively small parcel size of the property is compensated for by a spacious roof garden. 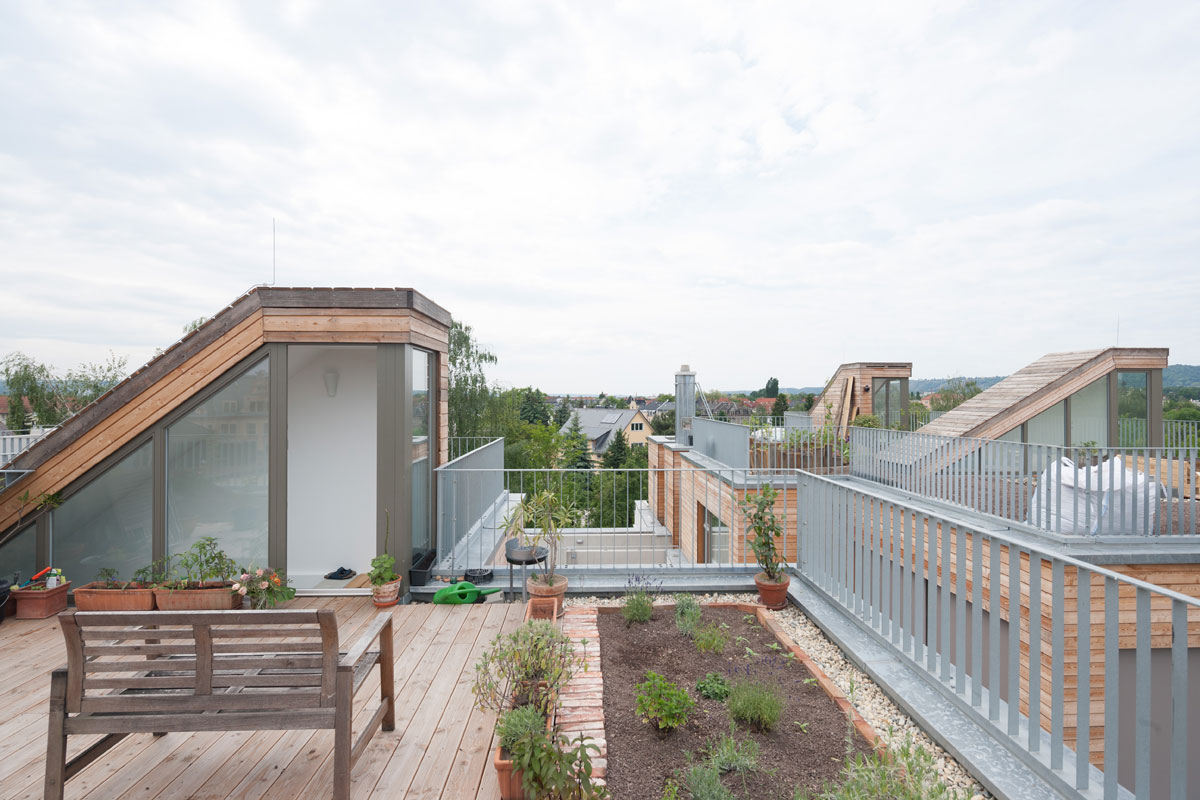 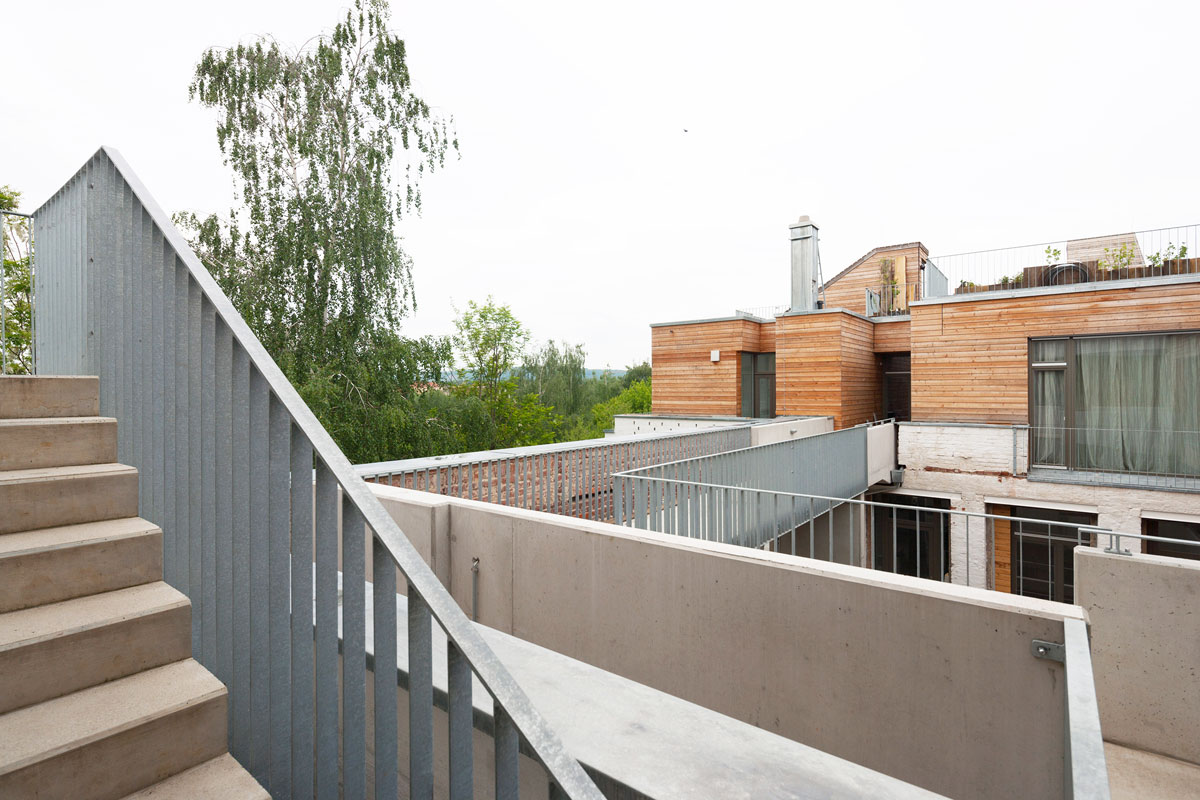 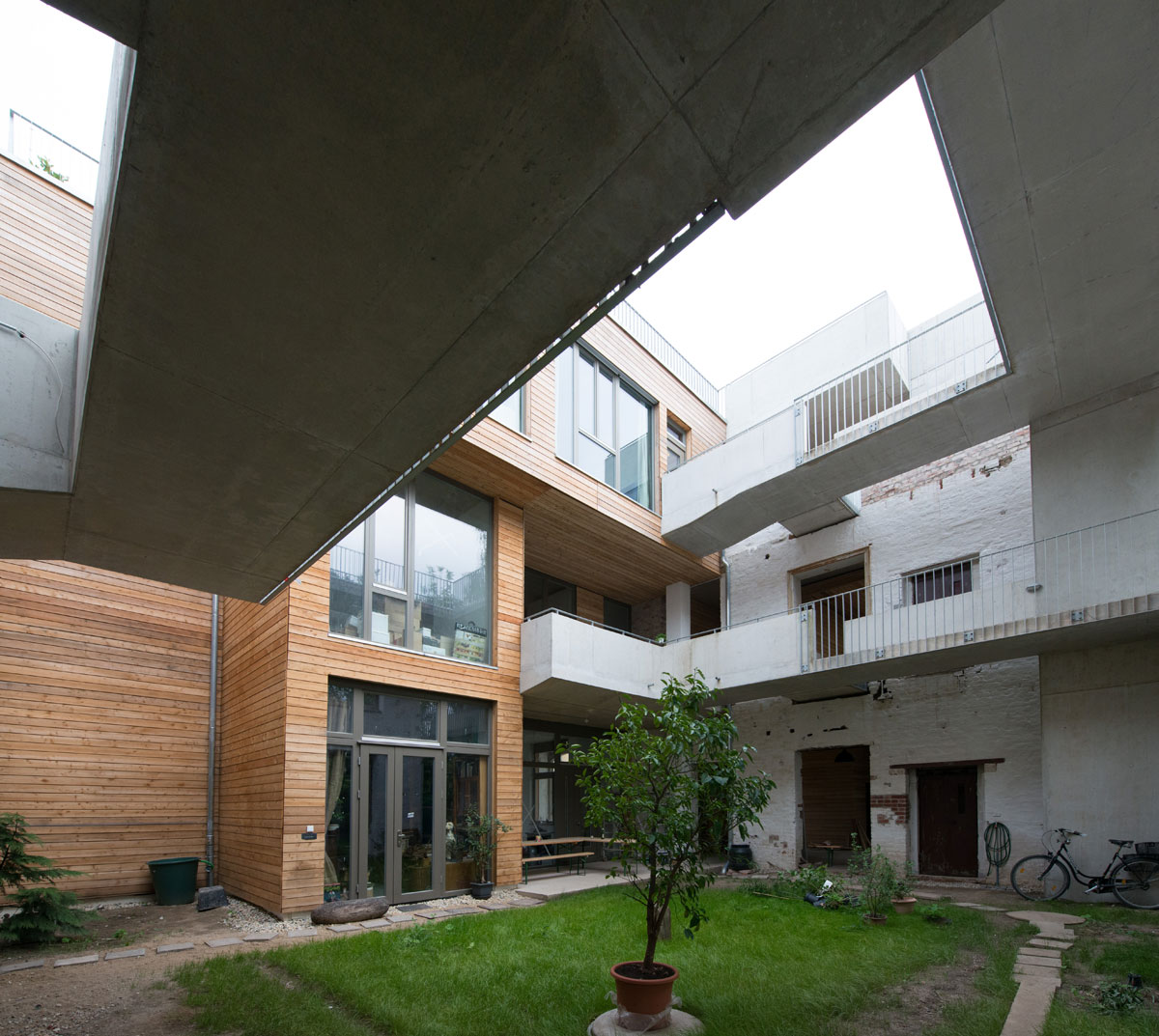 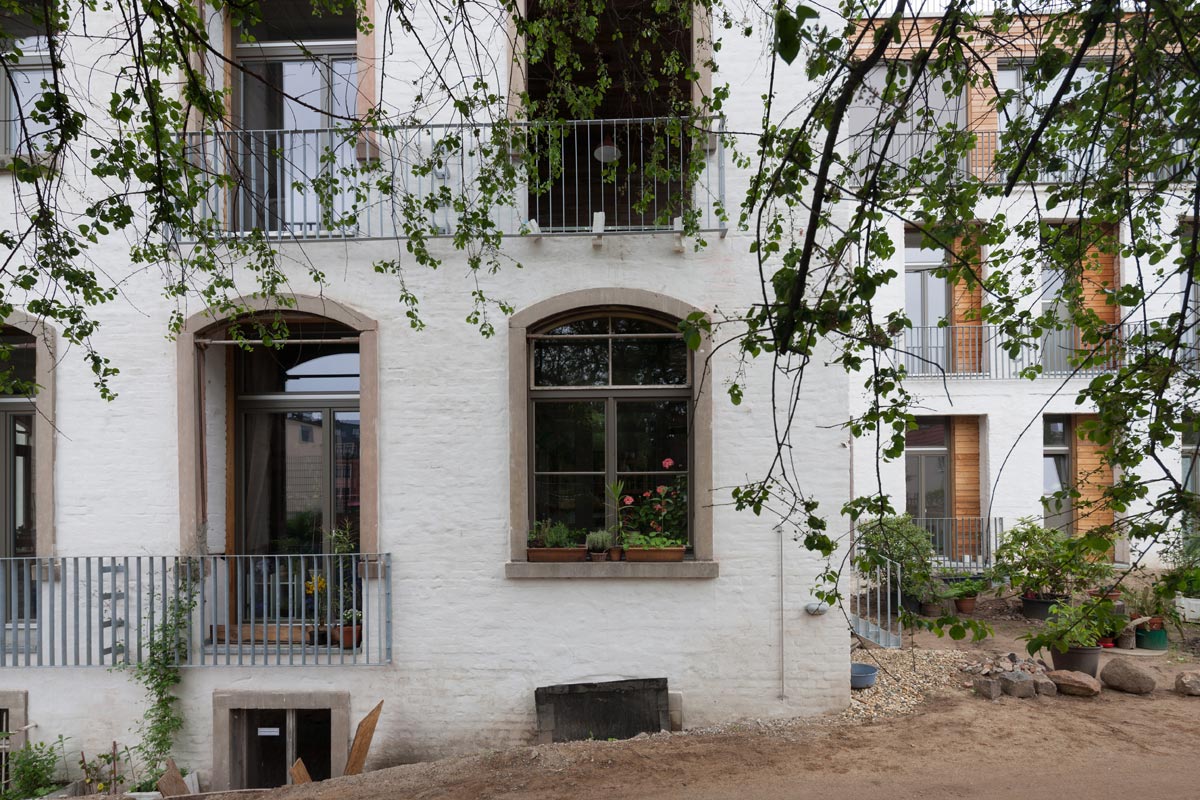 Traces of the Past in Old Walls

In order to use the factory building for apartments, a courtyard was cut into the very deep volume of the factory building to create a larger external façade to illuminate the apartments. Due to the limited budget, the condition of the original building, and the need to conform to energy standards, the inner structure of the old factory was removed, leaving only the external façade standing. Between the existing structure and the external insulated envelope of the new construction within, buffer spaces remain that can either be used in summer or can serve as utility spaces outside the core living area. The internal courtyard serves as a new communal meeting area. The relatively constricted space around the building is compensated for by a spacious communal roof garden. 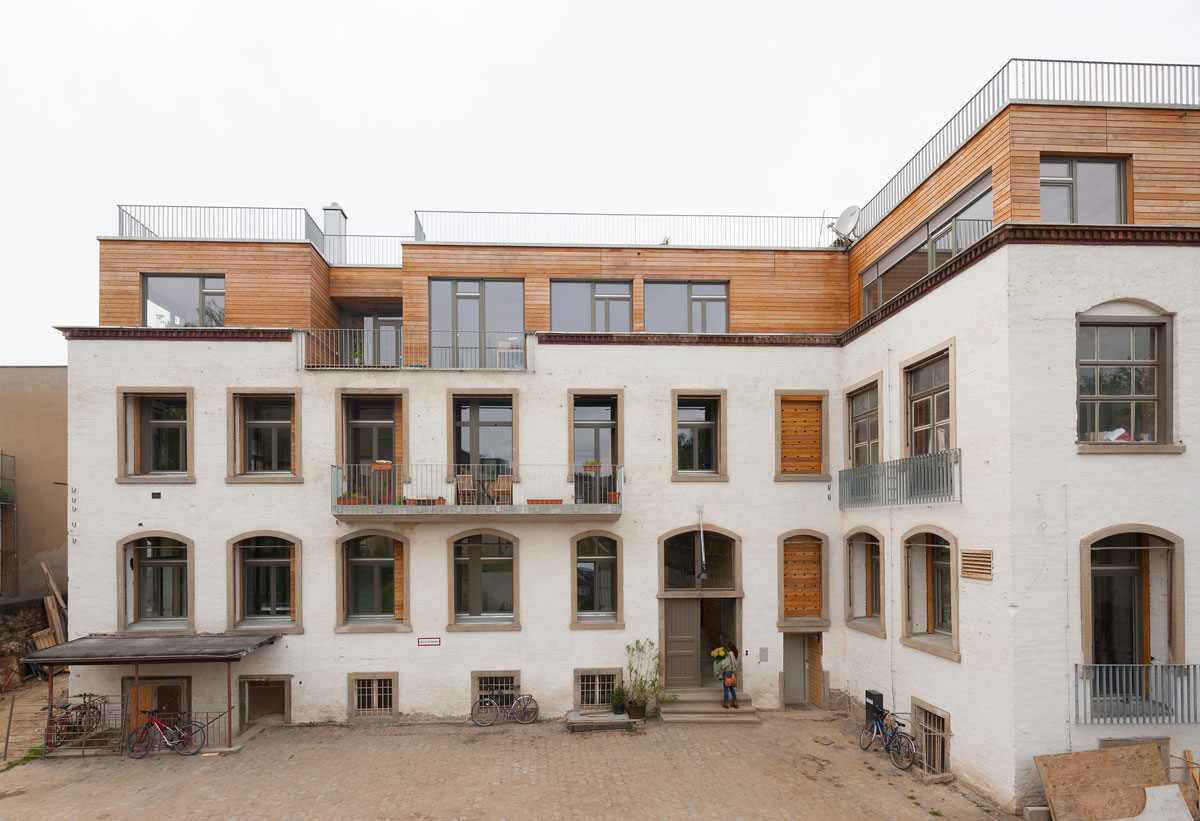 From the outset, the collective custom build project wanted to take an active part in the design. The architects were therefore involved more as professional consultants than as designers. The architects developed a process that enabled relative laypeople to take part and contribute to the planning and design of their building. 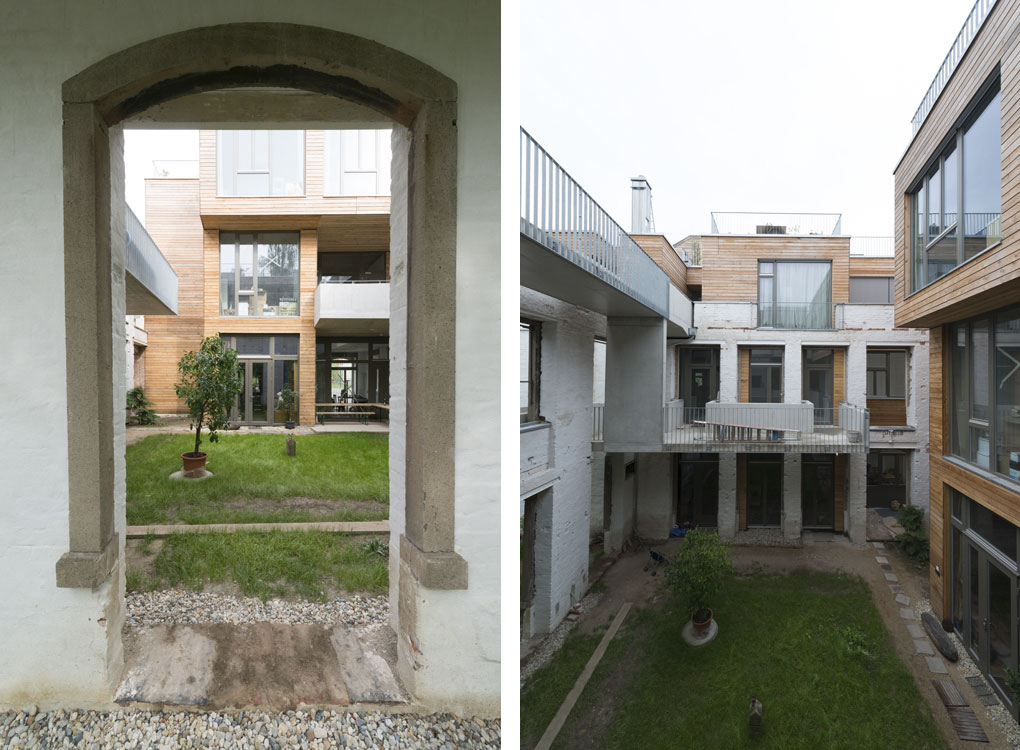 All of the apartments are barrier-free and vary considerably in terms of organisation and fittings. The lifestyles of the individual residents are very diverse, but that does not preclude communal interaction. The example of the tobacco factory shows that living together under one roof need not mean sacrificing individuality and can indeed represent a gain for everyone. A further special aspect of this project has been the group’s wish to undertake significant parts of the construction work themselves. On the one hand, this presented the architects with both legal and procedural difficulties. On the other, this independent approach and its incompatibility with conventional construction workflows meant that the idea of project completion is relative. For this collective custom build project, completion is not of importance – the process of successive construction has been in the group’s DNA from the outset.

The community-oriented housing project was set in motion by a private initiator. The collective custom build project encompasses a diverse mix of ages and lifestyles. A survey of the derelict building was undertaken together, as a means of helping the residents identify with the building and to foster a sense of respect for the existing substance of the building. Regular planning meetings were likewise organised on site as a basis for the planning process. The members of the group contributed their knowledge and expertise to the overall process. Together, the collective custom build project was responsible for planning and implementing extensive sections of the fitting out of the building, the landscape design and greening of the roof.

The private project initiator commissioned the architects to find a suitable site with an existing building that had the potential for conversion. Negotiations then followed with the private owner of the site. 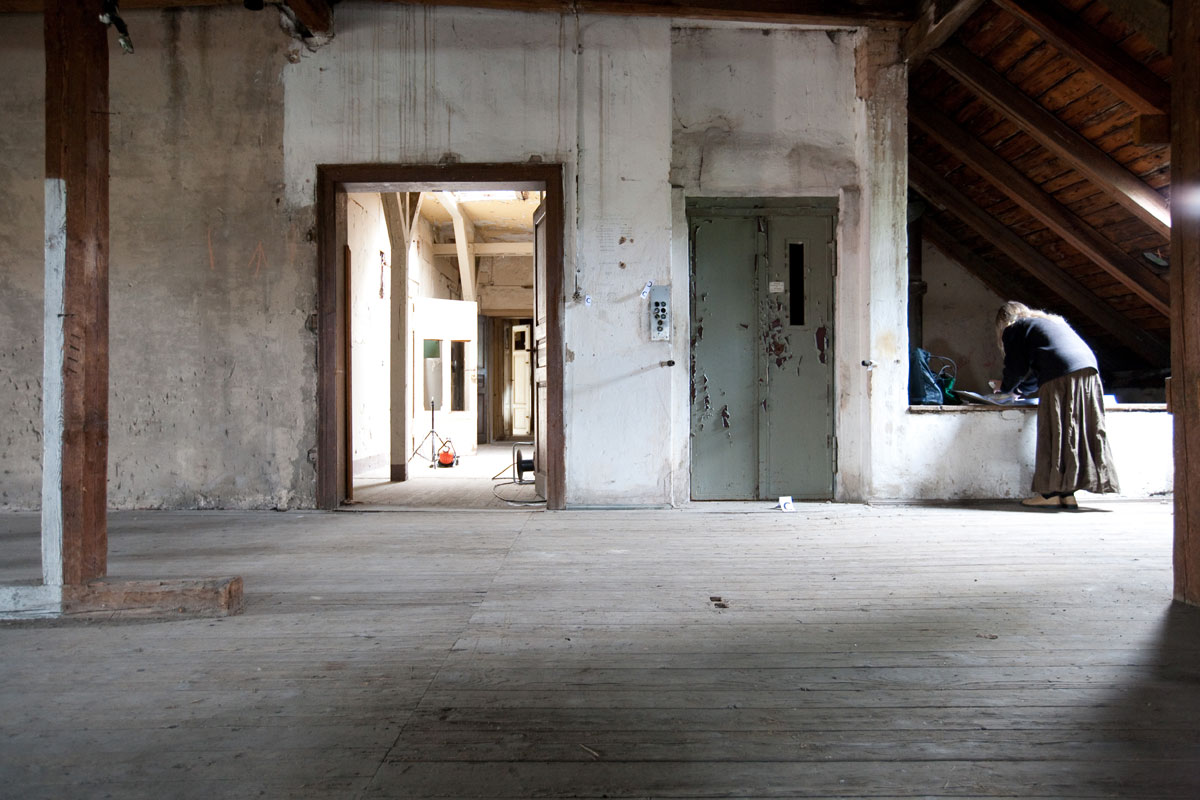 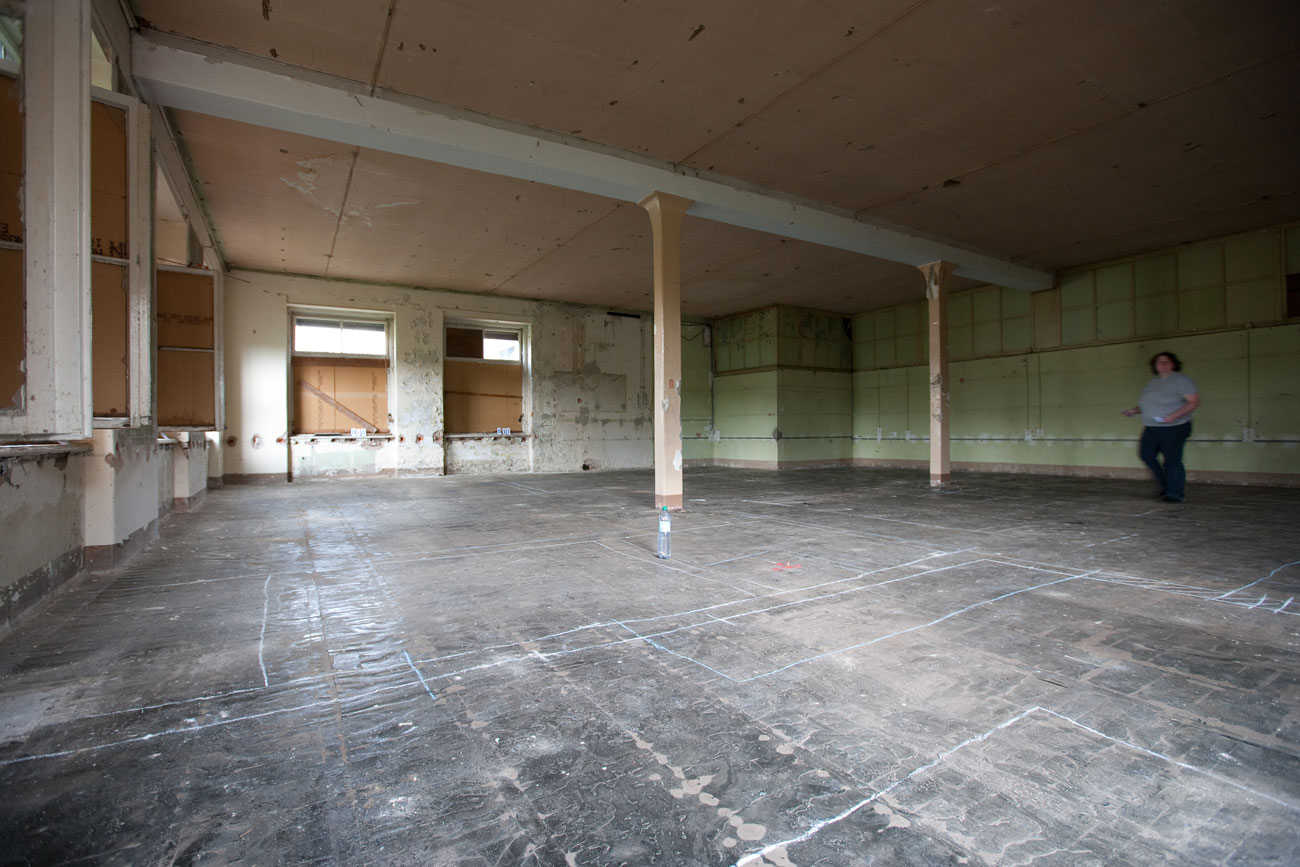 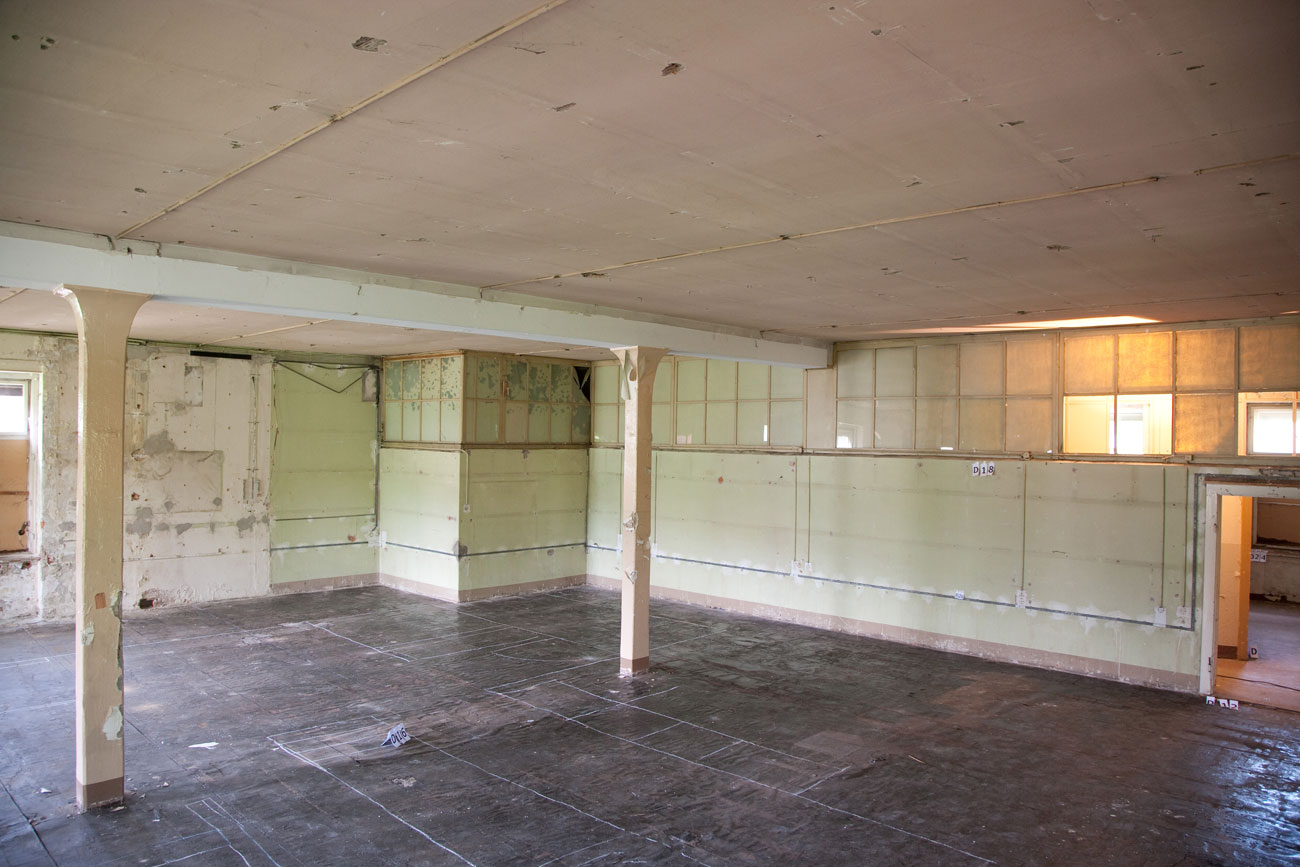 The architects began searching for a site in early 2010, drawing up a feasibility study and recruiting members for the collective custom build project. The collective was formed in autumn 2010 as a civil law partnership (GbR). Following a positive response to the preliminary planning enquiry in December 2010, the site was purchased. The planning process began in earnest in February 2011 and a survey was conducted in May. Construction began one year later in May 2012. The first units have already been occupied (November 2013) and the project is still continuing. 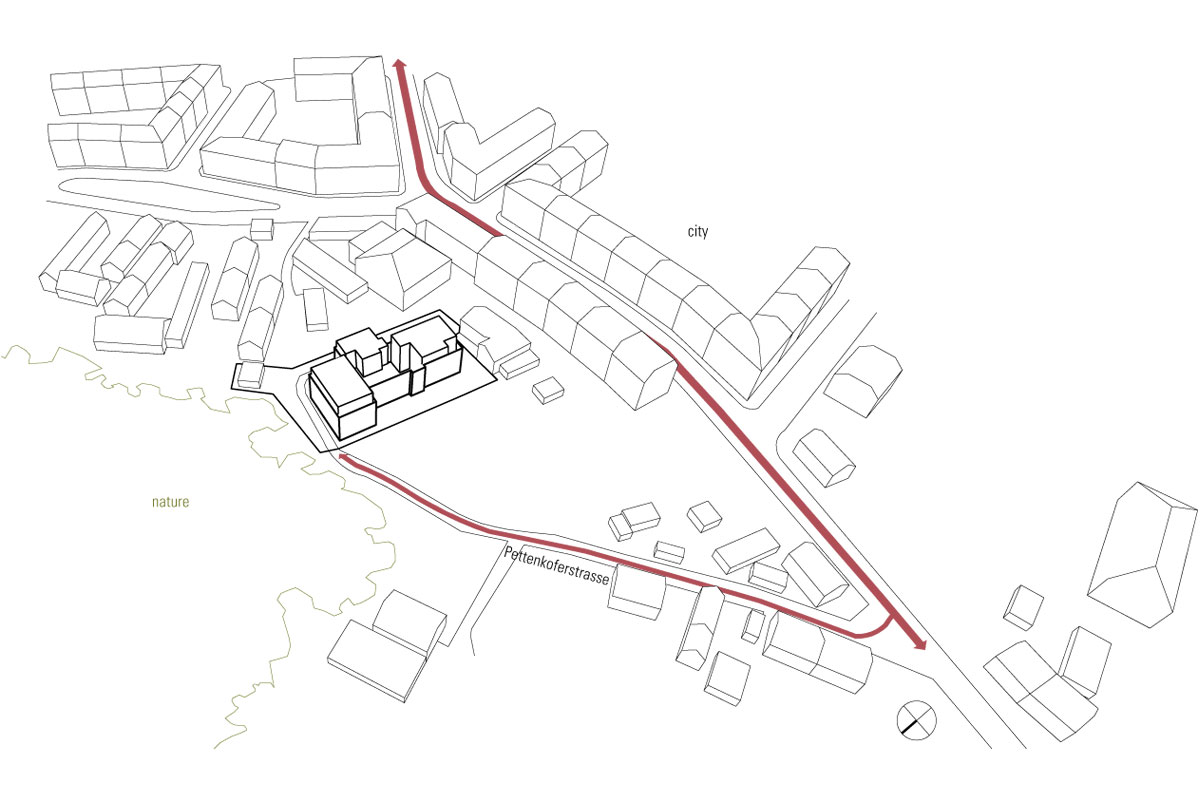 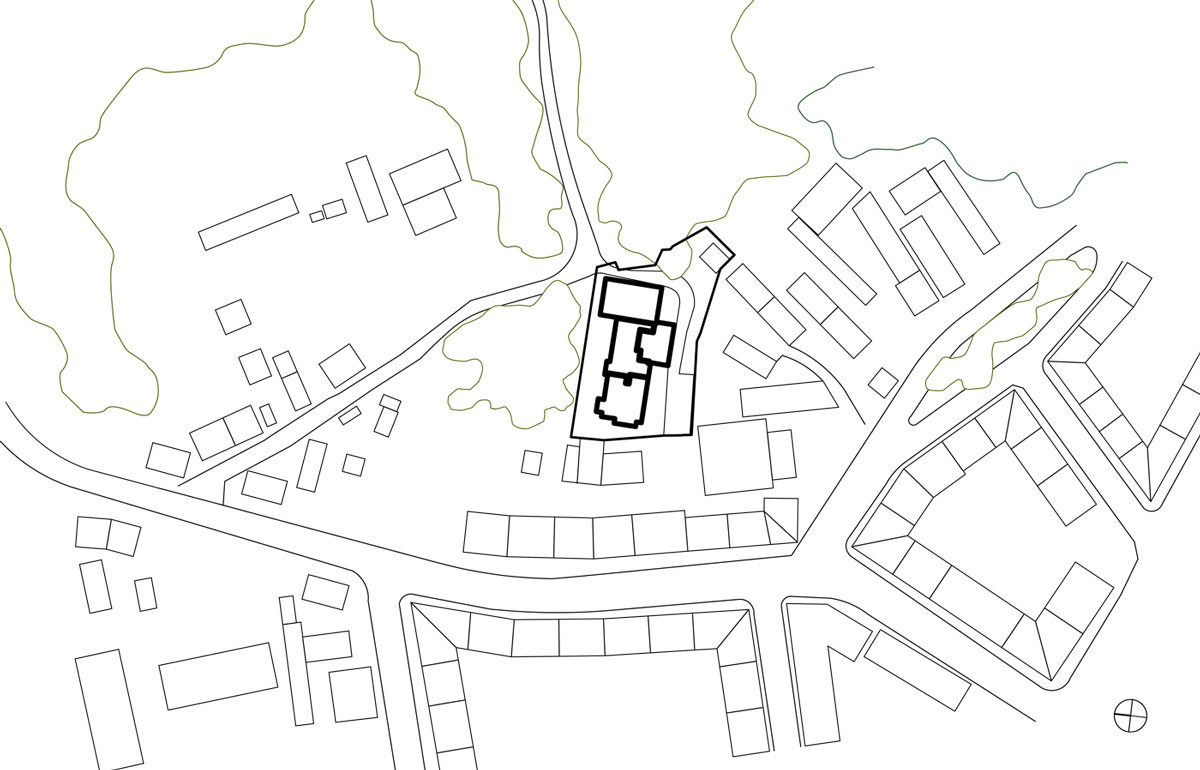 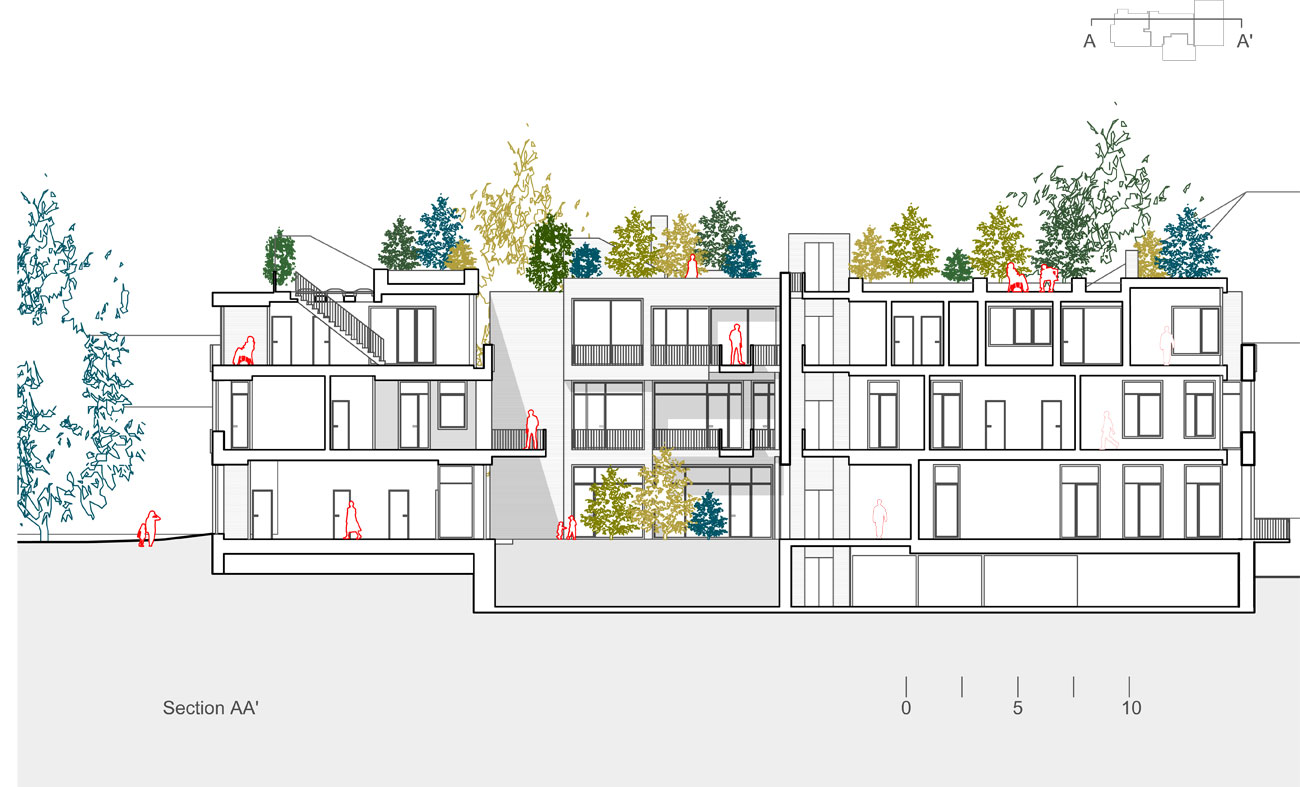 Possible uses of the buffer zone 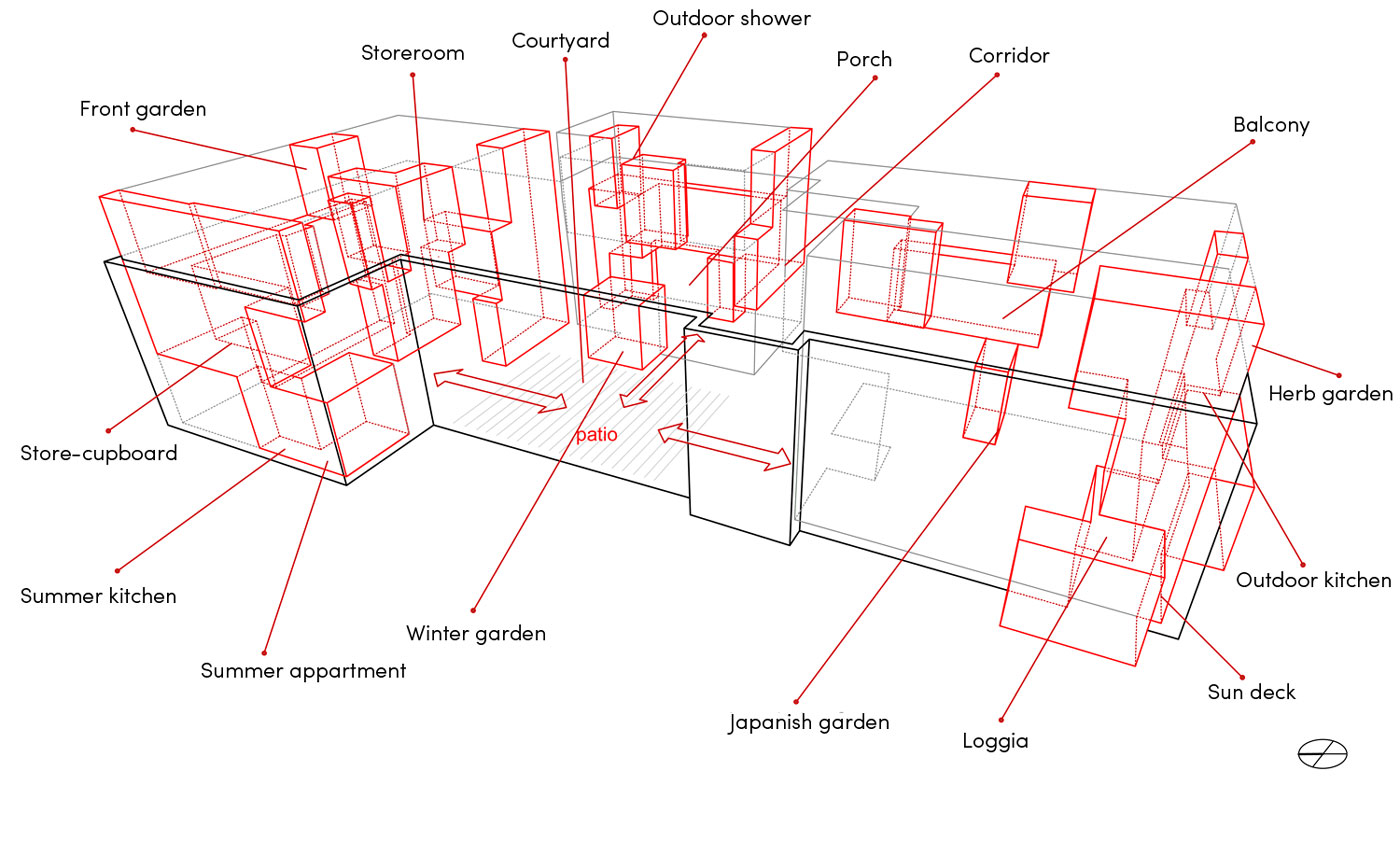 Private financing with individual loans was obtained for specific apartments (after the declaration of partitioning of the site) from a bank’s funding programme for housing. The purchase of the site and building took place before the GbR took out a loan (global liability). In the long term, the GbR will be converted into a home ownership association, with each property (once declared as separate entities) individually registered in the land register. 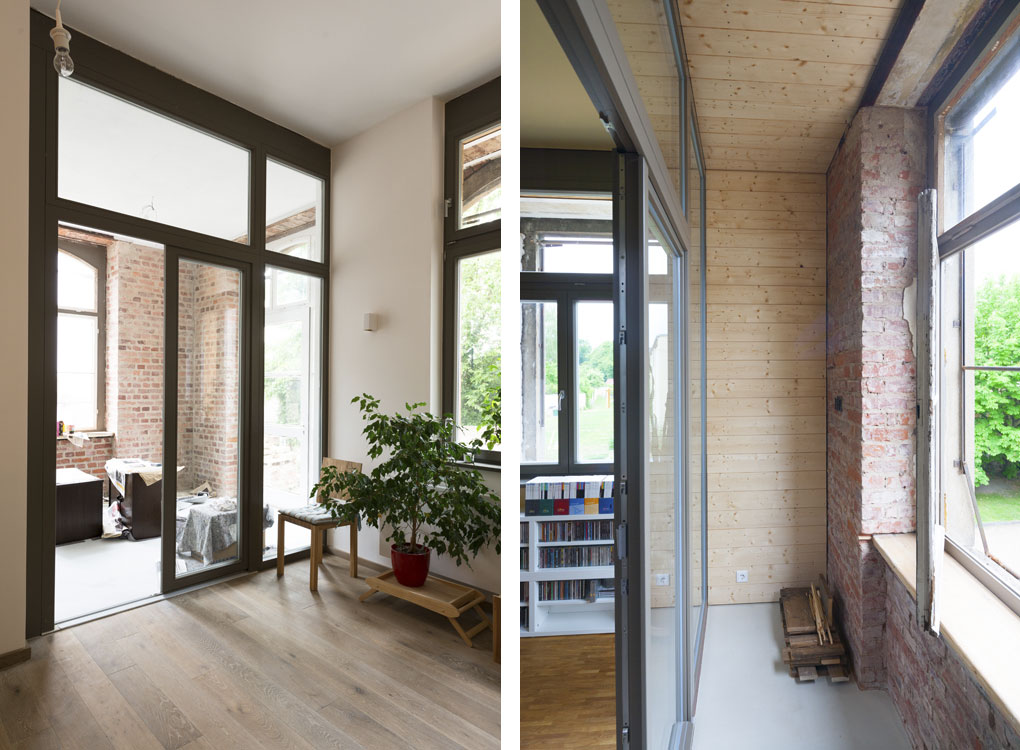