Danish architecture and design practices CEBRA and Glifberg+Lykke have designed a multi park and cultural centre for street sports on the harbour front of Haderslev in southern Denmark. StreetDome is a vast and unique urban landscape for activity and recreation including a 4,500-square-metre skate park, facilities for street basketball, parkour, bouldering, canoe polo, etc. 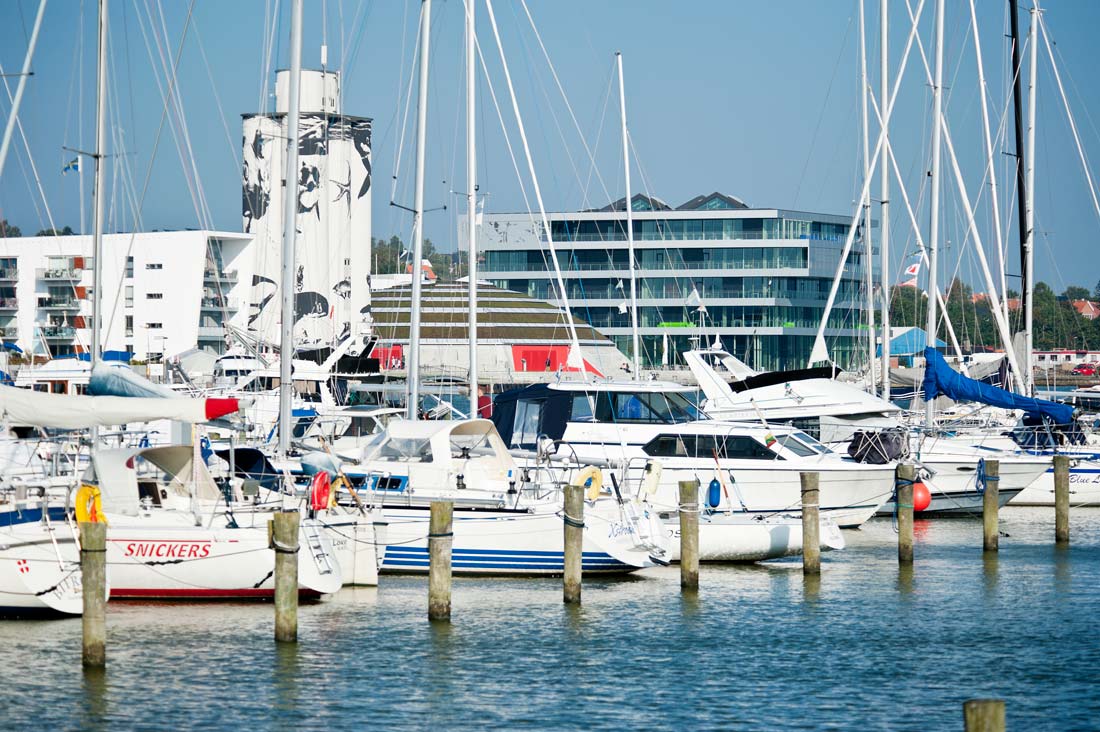 StreetDome’s overall ambition is to set new standards for urban arenas for unorganised sports. StreetDome is an open playground and social meeting place for different ages, skill levels and cultures. The project started out almost ten years ago as an initiative by local activist and chairman of the SkateCity association, Morten Hansen, whose vision was to create a new cultural hub that incorporates a vast area for activity and recreation. 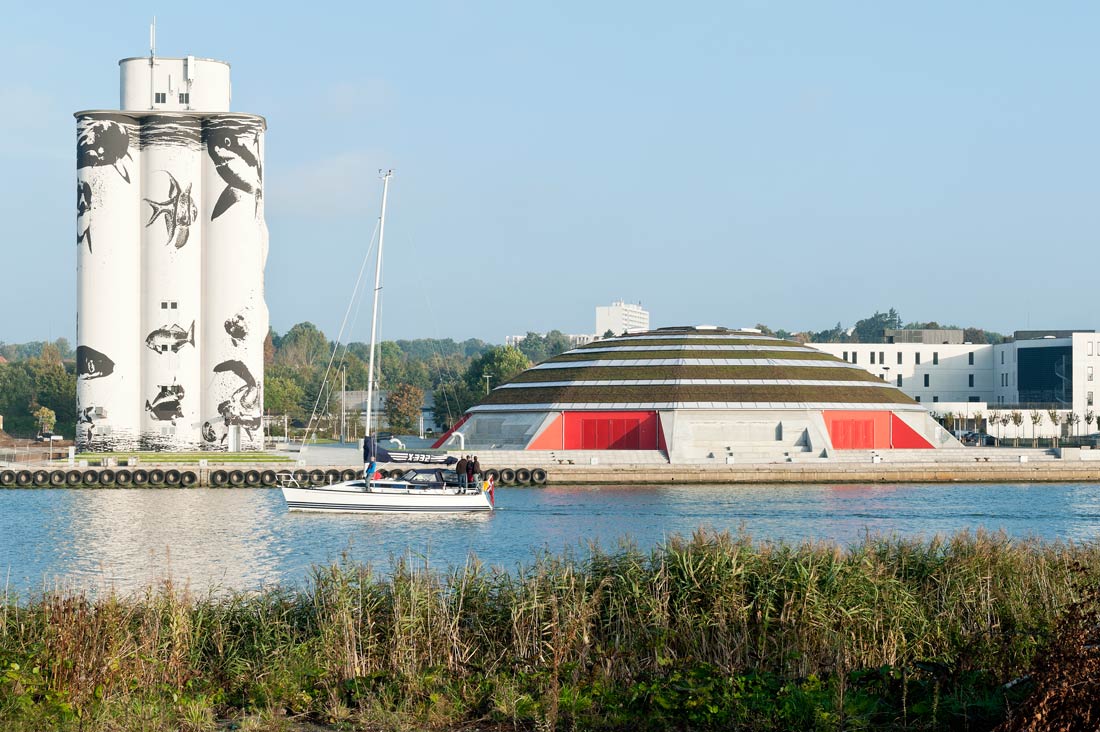 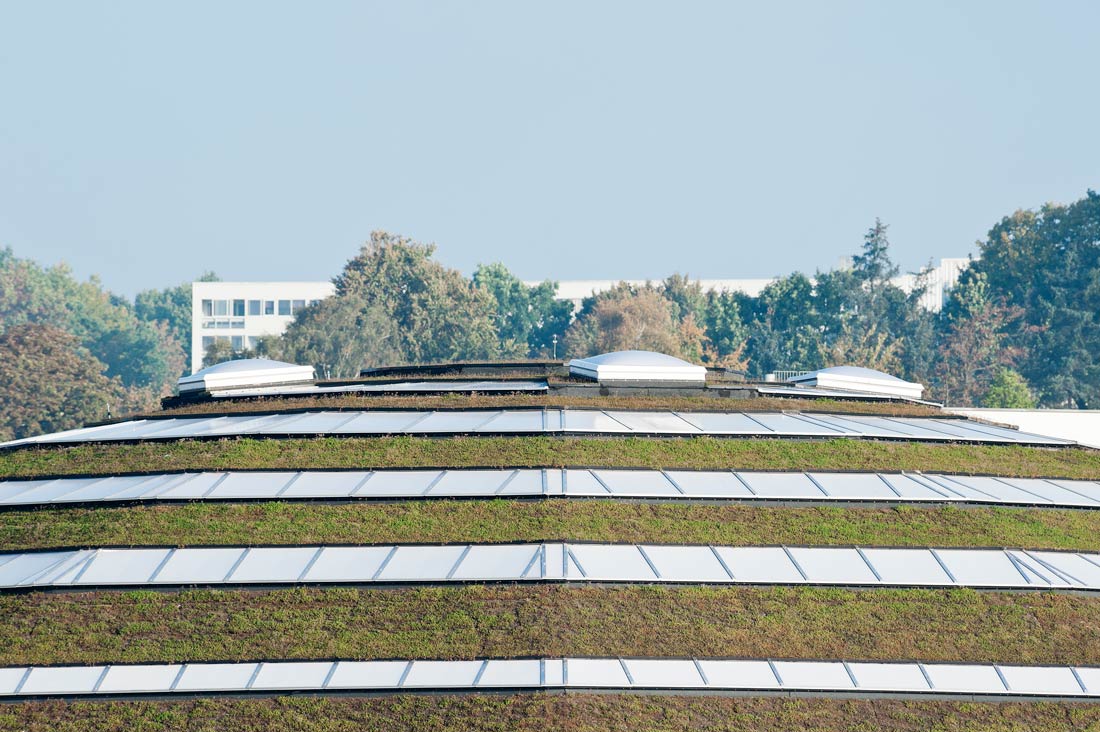 The close collaboration between CEBRA and Glifberg+Lykke resulted in a fusion of architecture, design and function, which forms StreetDome’s underlying DNA and binds the entire park together to form an interacting whole. The result is a new cultural magnet with strong local roots and an international scope. During the planning phase the design team implemented the results from a comprehensive dialogue with a wide range of the facility’s future user groups. This process was an essential element right from project’s initial phases and it left a clear mark on the final design. 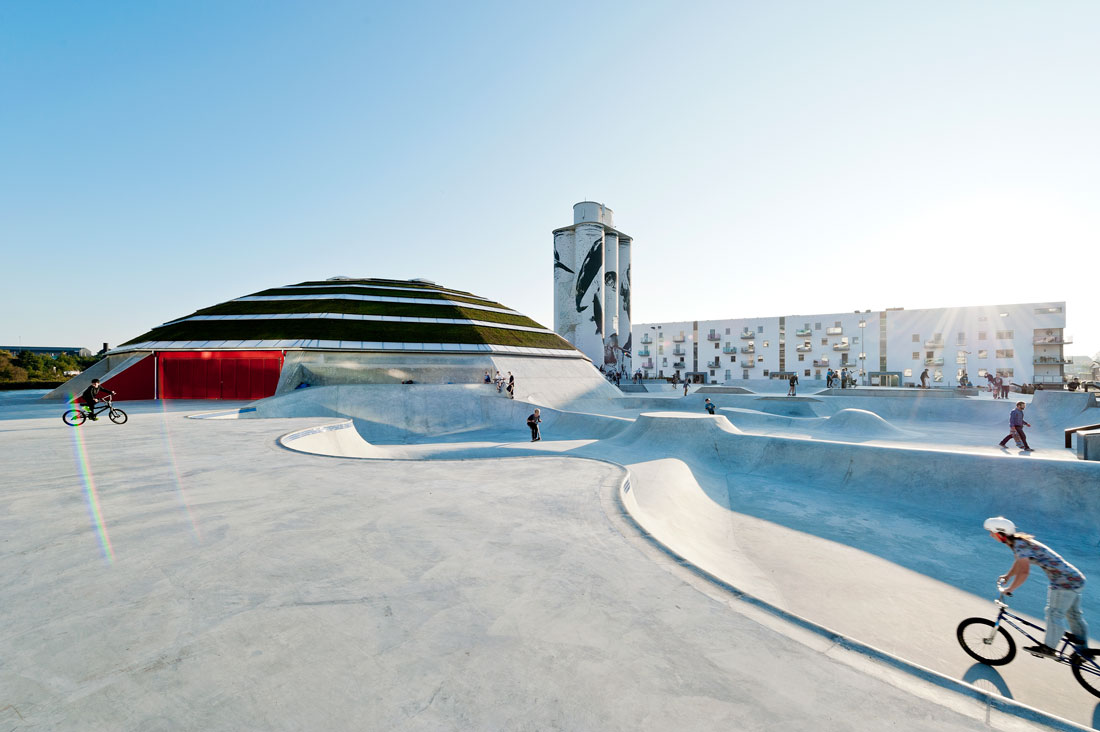 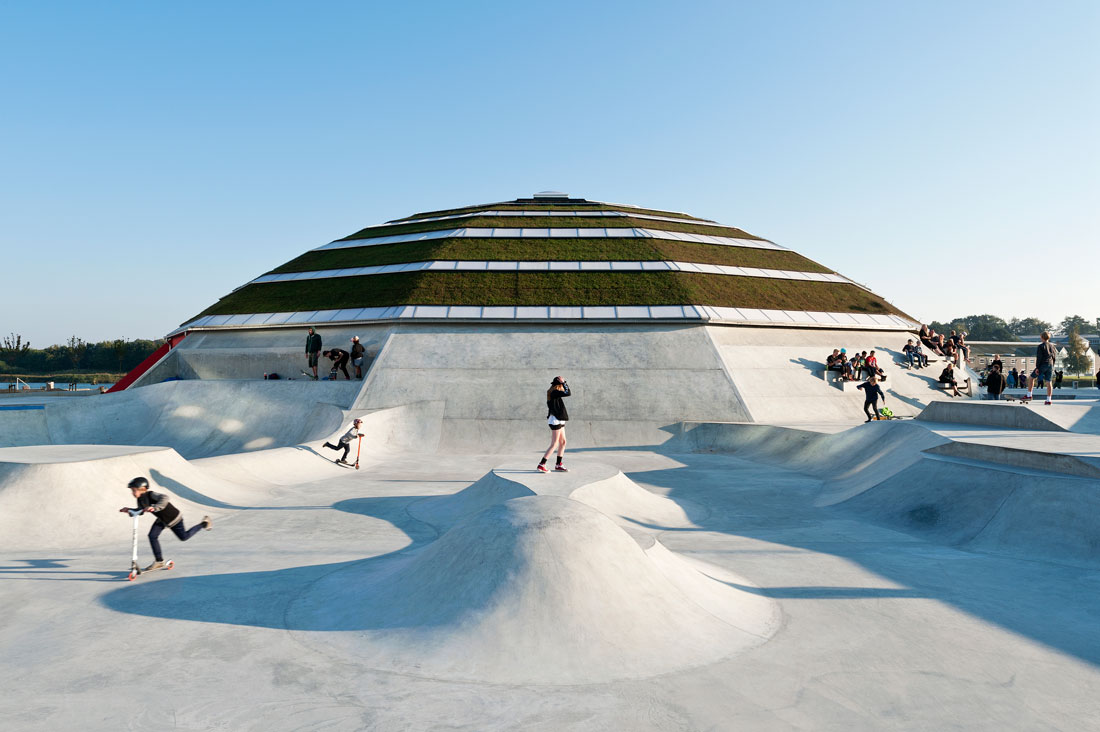 Glifberg+Lykkes’ design for the skate park is divided into three overall sections consisting of the street plaza, which extends around the flow section based on transitions, plus the park section characterized by ditches and banks. Every element and obstacle is designed for adaptive use so that new flows, rhythms and combinations can be explored and discovered over and over again. The park develops over time along with the users’ skills and imagination and continuous to challenge users both athletically and creatively, and without an expiration date. 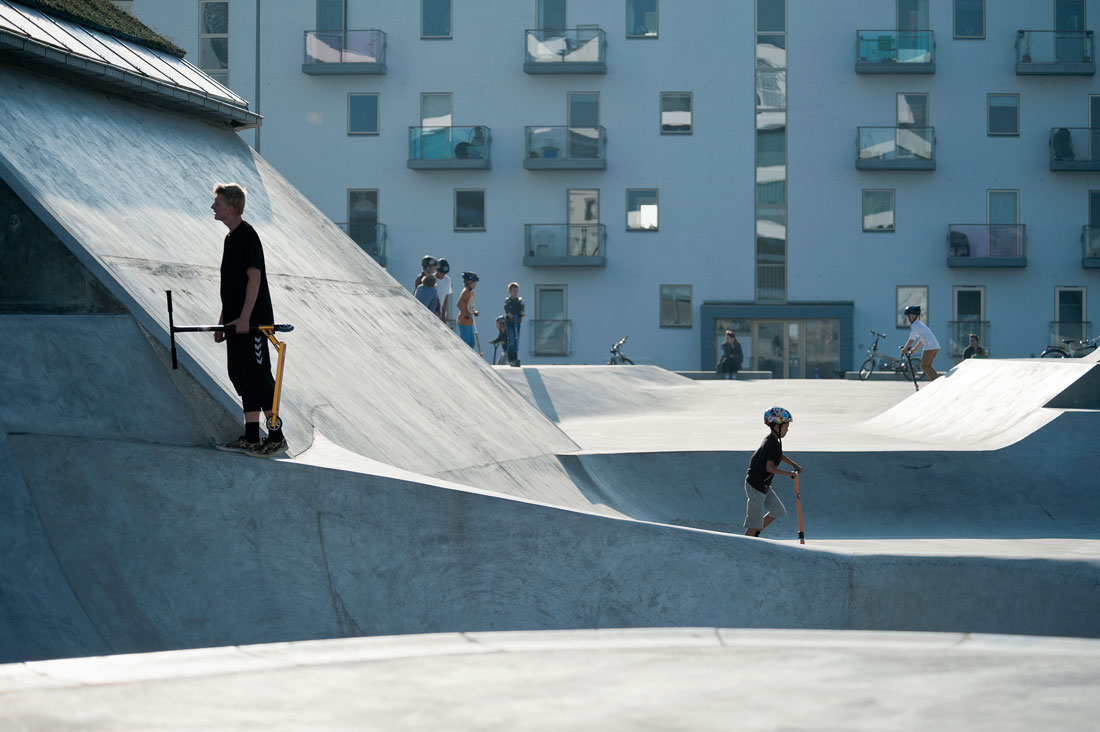 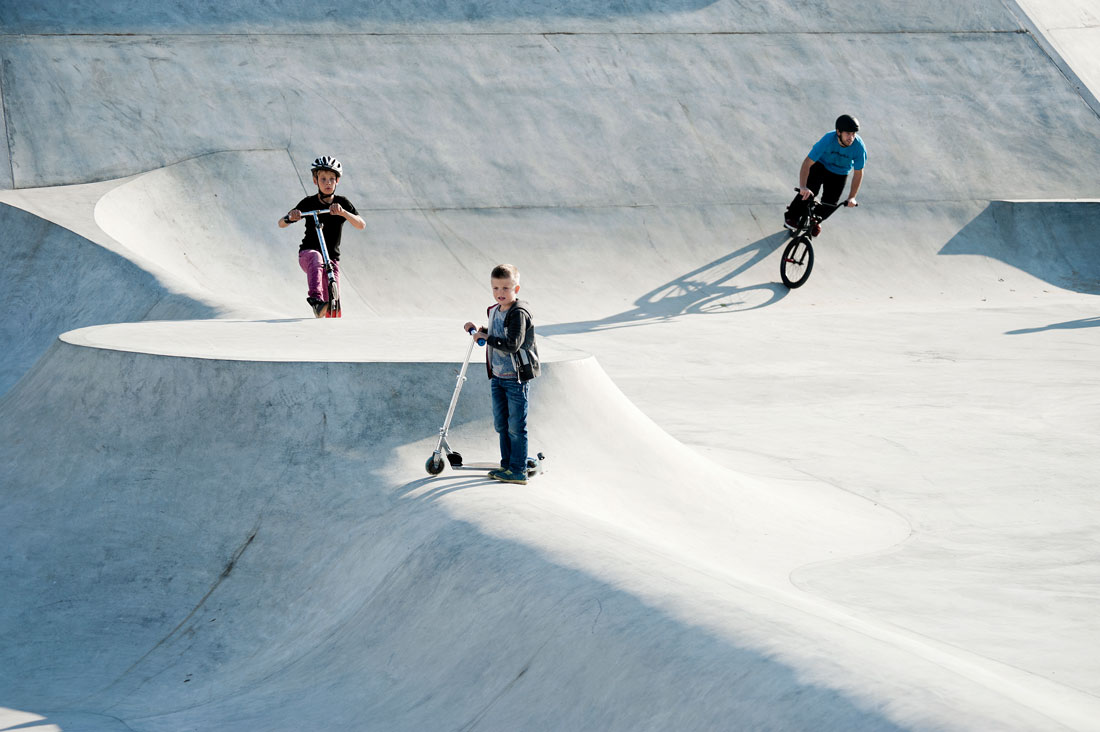 The StreetDome itself is based on CEBRA’s igloo hall concept. To reduce running costs, the hall is unheated and lit primarily through daylight while the building’s surface area has been minimized through its dome shape. The roof spans around 40 meters and allows for a large open space free of load-bearing structures, which can be fitted out for any kind of sports and activities: in this case skateboarding, bouldering and street basketball. 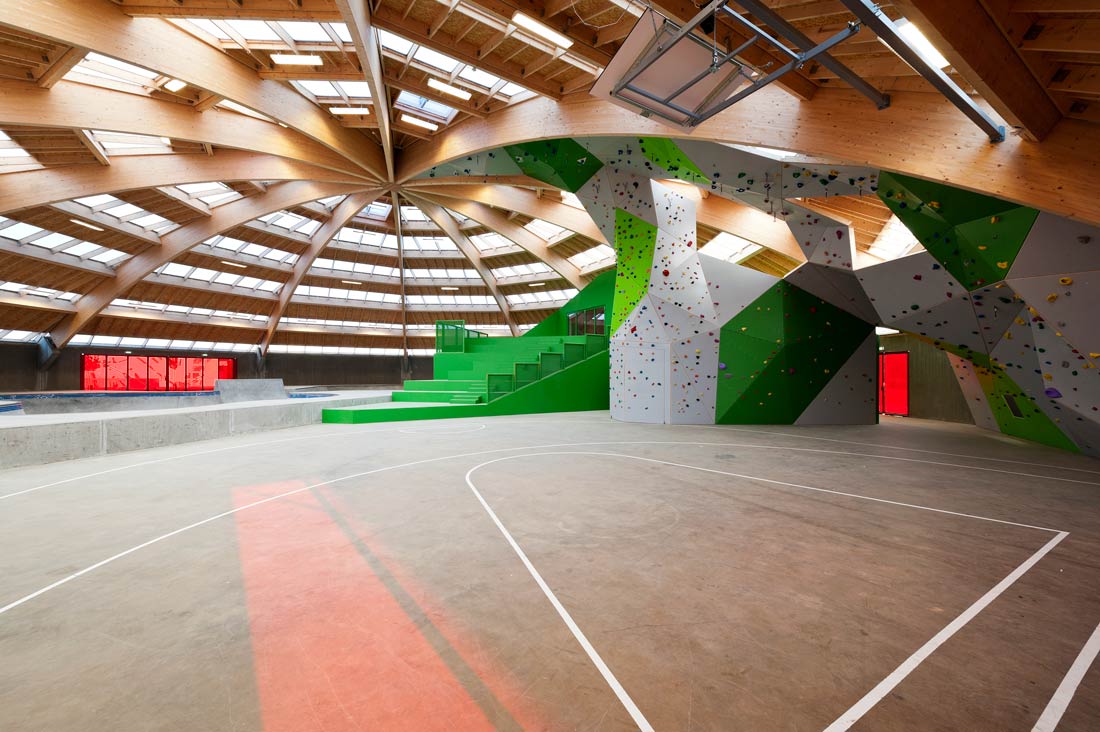 The Igloo is adapted to both the site and the specific function of skateboarding and street culture. On the outside, the dome is an actual part of the skate park, growing out of the concrete landscape like a mushroom. The structure is designed for skating on with banks, stairs and slopes along the rim. Inside, a series of pools are scooped out of the floor next to a street basketball court and a central boulder structure containing a performance platform, seating and bathrooms. Wide gates open to the outside connecting the surrounding skate park with the inside floor, creating a seamless flow through the entire park. StreetDome forms one continuous and varied spatial course, which gives Scandinavia a modern street sport arena with unique features and possibilities. 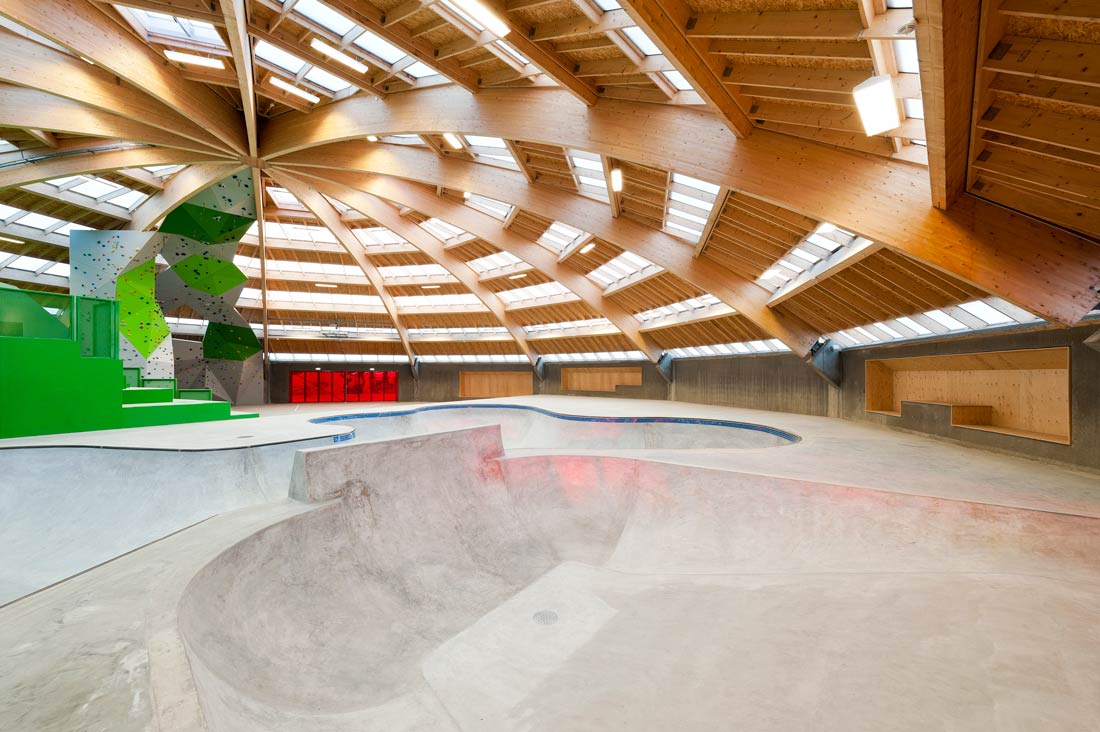 The dome’s bright colour scheme was introduced into the design as a simple yet effective tool for wayfinding and orientation. The red gates and the green boulder structure mark transitions in functions and clearly stand out from the concrete landscape so that they are easily recognisable when you move through the course at speed. The complementary red and green colours share an aesthetic kinship but are still easily distinguishable. At the same time, they are an immediate continuation of the dome’s moss-sedum roof. 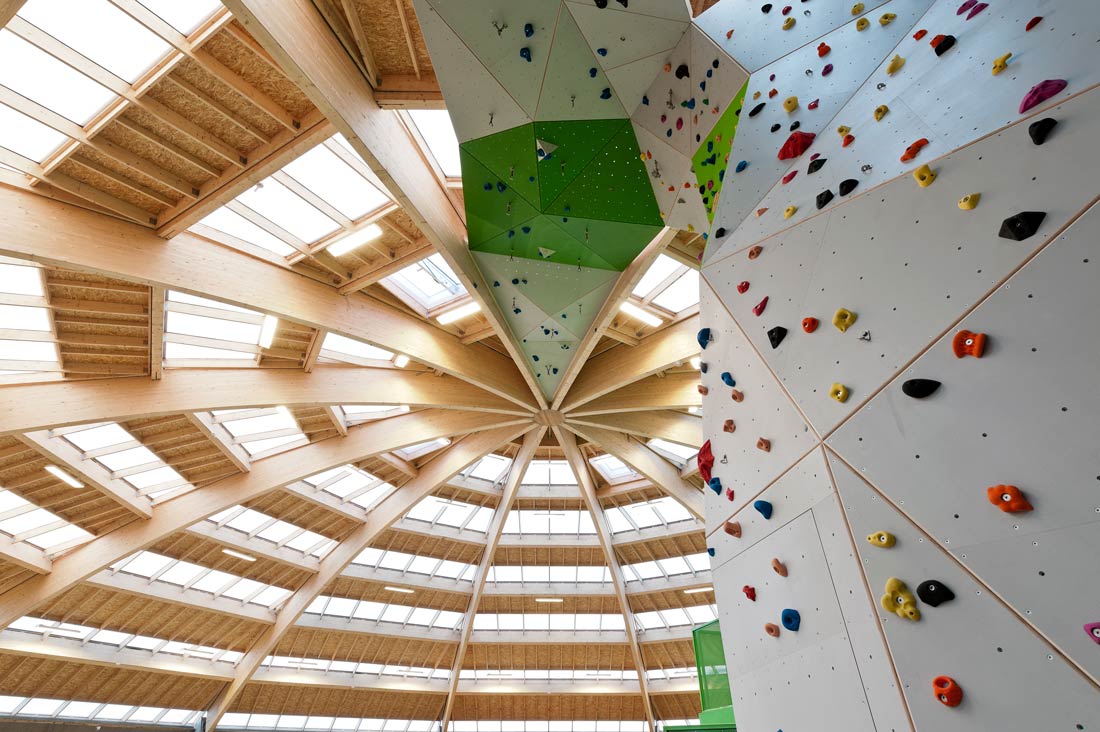 The StreetDome’s roof is covered with pre-fabricated moss-sedum elements, which consist of a variety of stonecrops and spontaneously occurring moss. The green roof serves both aesthetic and functional purposes. Visually, the roof will change colour between green and a rusty red according to the season and weather conditions, and the vegetation’s appearance will develop over time influenced by the local climate and fertilisation. From June to September the roof will blossom with yellow, white and pink flowers. Functionally, the green roof also contributes to a better indoor climate. As the hall is uninsulated the vegetation prevents overheating during the summer, acts as sound insulation, filters the air and reduces particle pollution. In addition, the roof is able to absorb rainwater, which then evaporates instead of running off the building and onto the skate park. 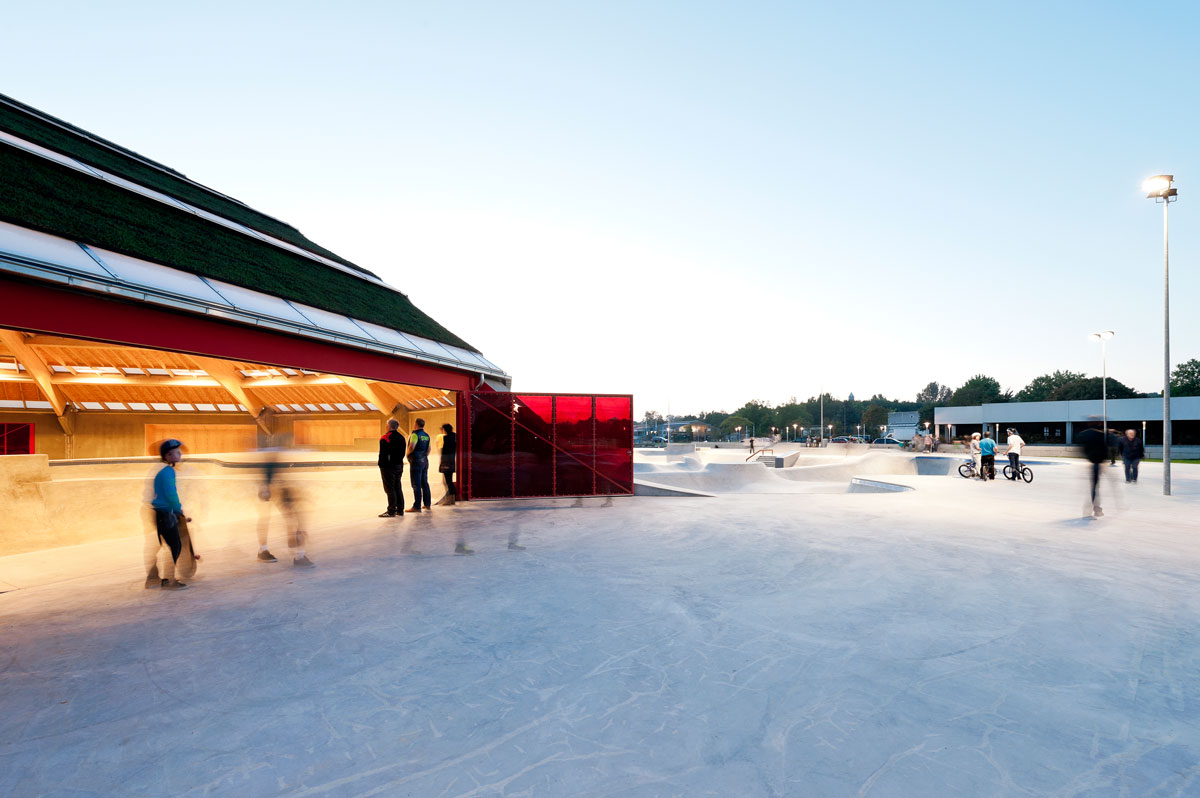 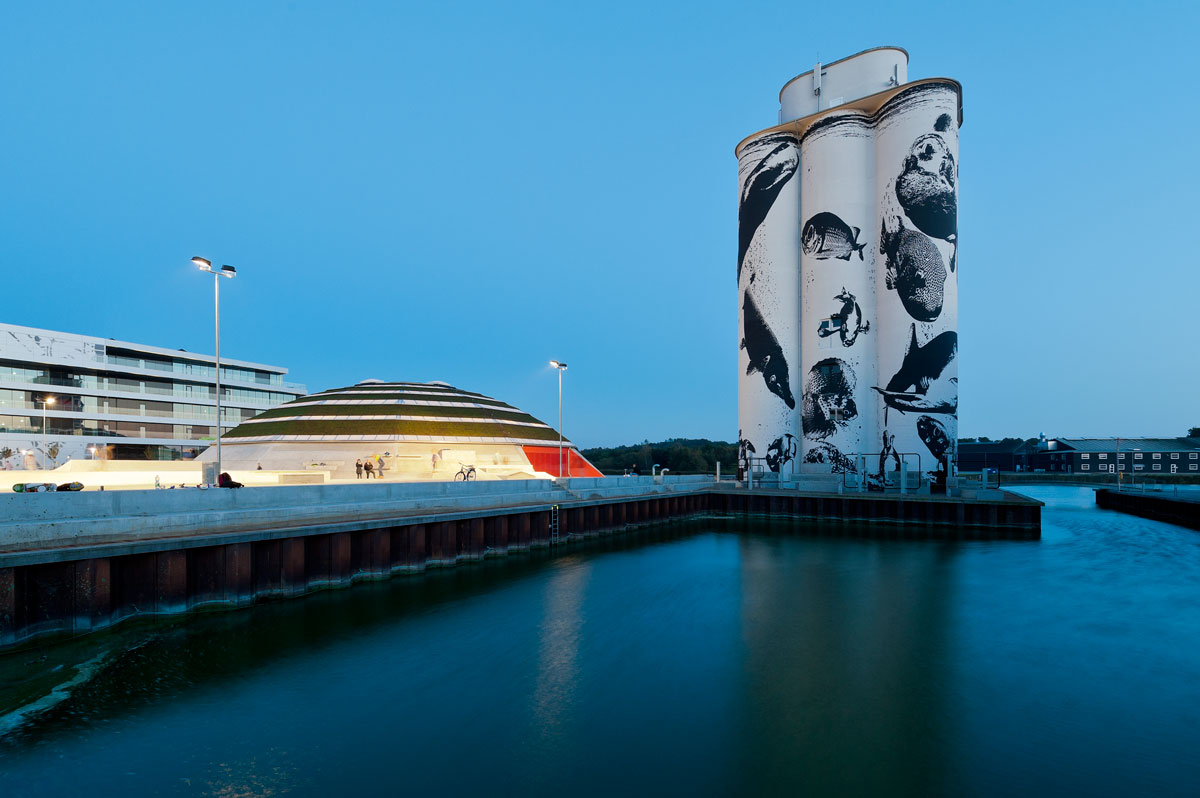 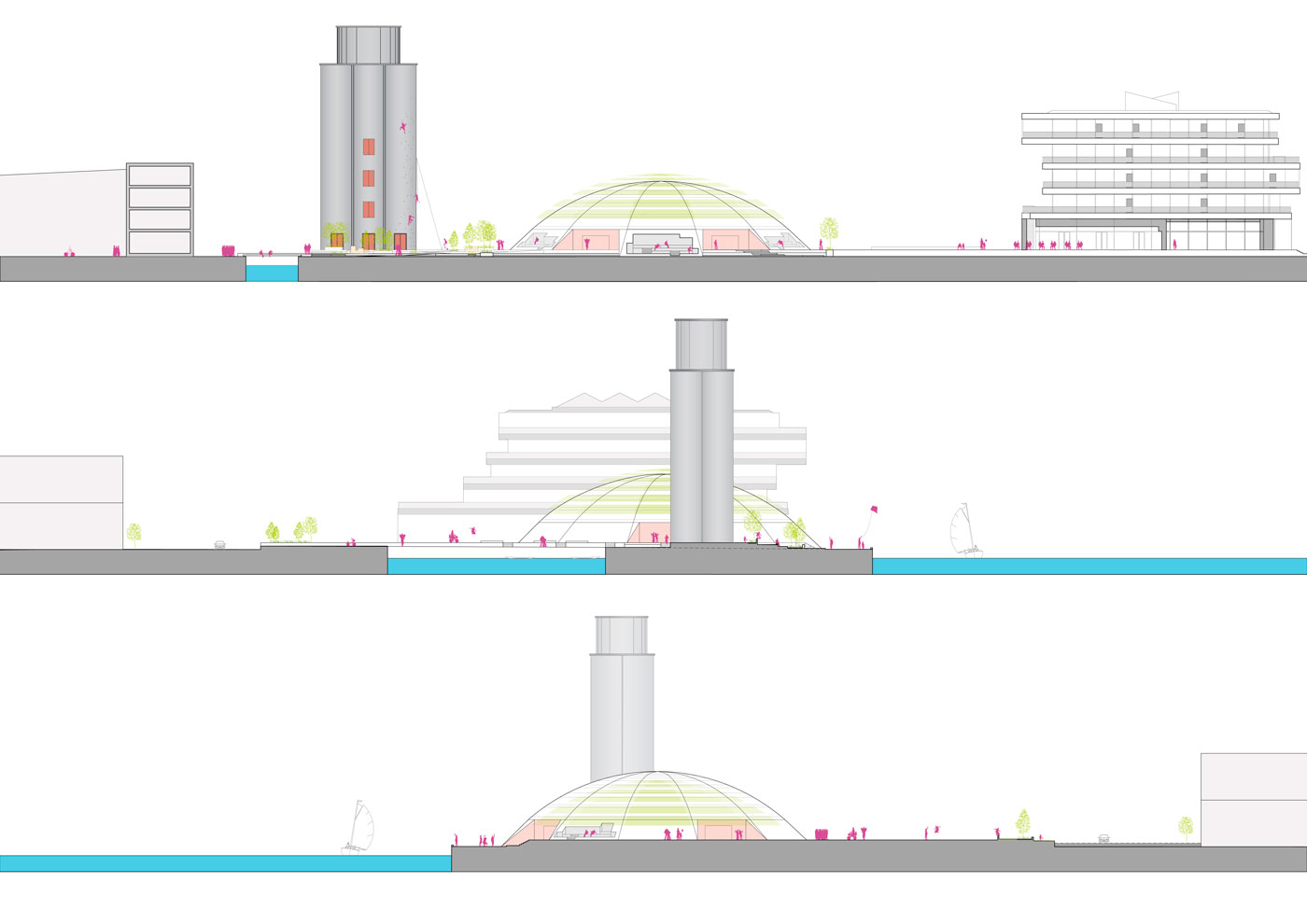