This essay is an excerpt of Shared Structures. Private Spaces by Fernanda Canales, published by Actar Publishers.

Books about Mexican architecture rarely mention the real conditions underlying construction: for example, in the capital the earth trembles, the city is built over what used to be a lake, rainwater is sent to drainage systems and causes repeated flooding, and distant rivers are drained dry to serve a population that complains about breathing polluted air and builds more parking lots than schools, hospitals, or parks. How should the buildings in a city that moves, sinks, and floods be? What sense does it make to talk about architecture when there are no plans regarding its links to services? What is the relationship between a building, the conditions of the territory, and peoples’ ways of life?

As I wrote the final lines of this book, a violent earthquake in Mexico City sent me running terrified into the street, only to find out with relief that unlike the same date exactly 32 years ago – September 19, 1985– where more than 400 structures fell, this time, in 2017, only 40 buildings collapsed. That initial optimism faded as we learned of the disastrous effects in different parts of the country and the additional consequences caused by a previous earthquake that had struck just twelve days before; the strongest in one hundred years. In the capital, these earthquakes reminded its nearly 20 million inhabitants that the seemingly solid layer supporting thousands of buildings is technically still water and that seismic waves are magnified and accelerated in a ground of lacustrine origin.

The quakes of September 2017 revealed the distance between the reality of a place and the projects that pretend to impose themselves on that territory. They also exposed the effects of corruption in the construction industry: collapses were due primarily to irregularities such as that of a luxury residence built illegally over an elementary school where nearly thirty people died or housing structures clandestinely built over old houses. It soon became apparent that the earthquakes of September 2017 had been just as destructive as those of 1985 but in different ways. What were once small villages had become large cities lacking any urban planning or regulations. For example, Cuernavaca, until a few decades ago a paradise filled with weekend homes about an hour away from the capital, and Iztapalapa, an informal settlement on the outskirts established in the 1970s, each currently has two million inhabitants. The earthquakes were a reminder of the problems that everyone assumed had been resolved after 1985. The images of the destructions frightened a population that seemed impervious to fear. The contrasts between urban effervescence and rural abandonment revealed a country that does not know how to count its dead, protect its living, and safeguard its heritage. 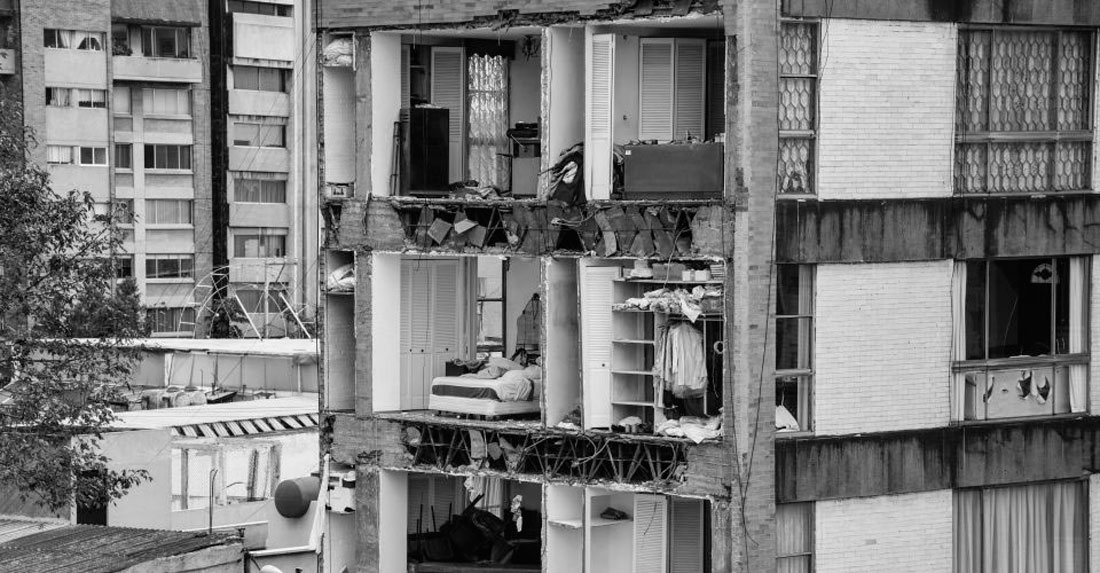 Building in the Navarte colony, 2017
Photography by Cuartoscuro 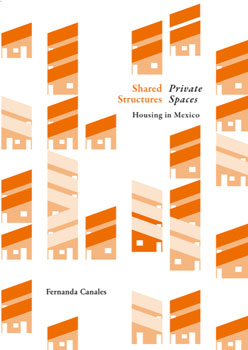