We believe that the transformation and development of cities such as São Paulo takes place by slowly adapting to the changes in customs and lifestyles in the societies that inhabit them. 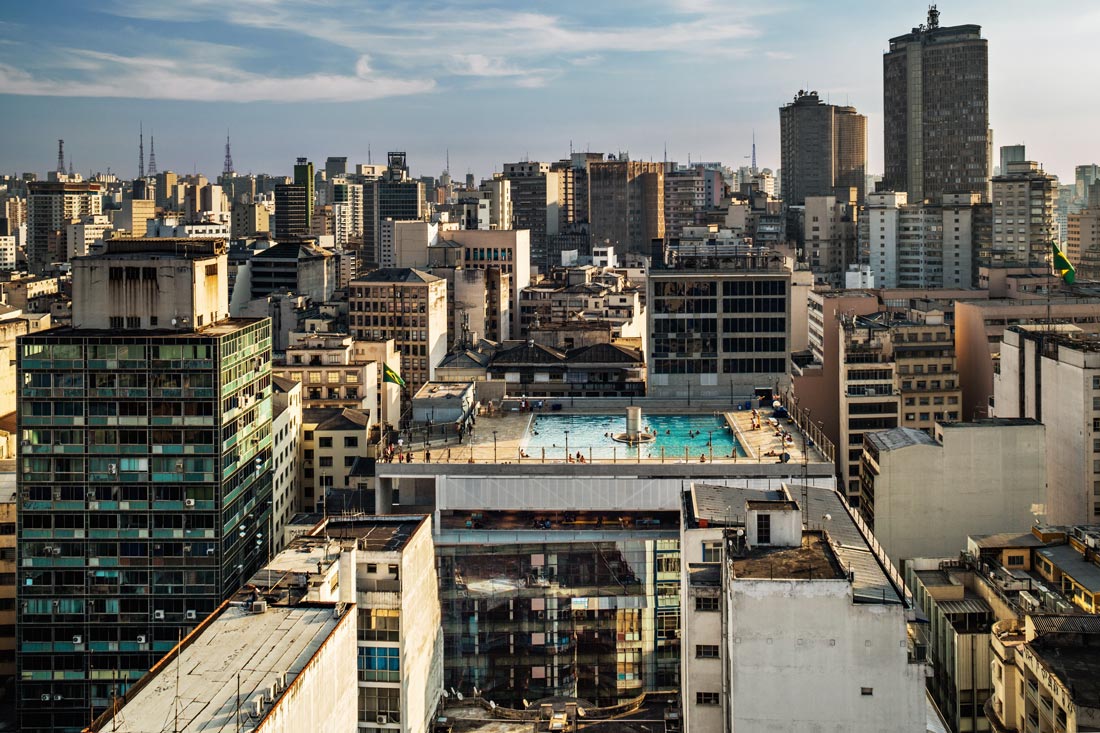 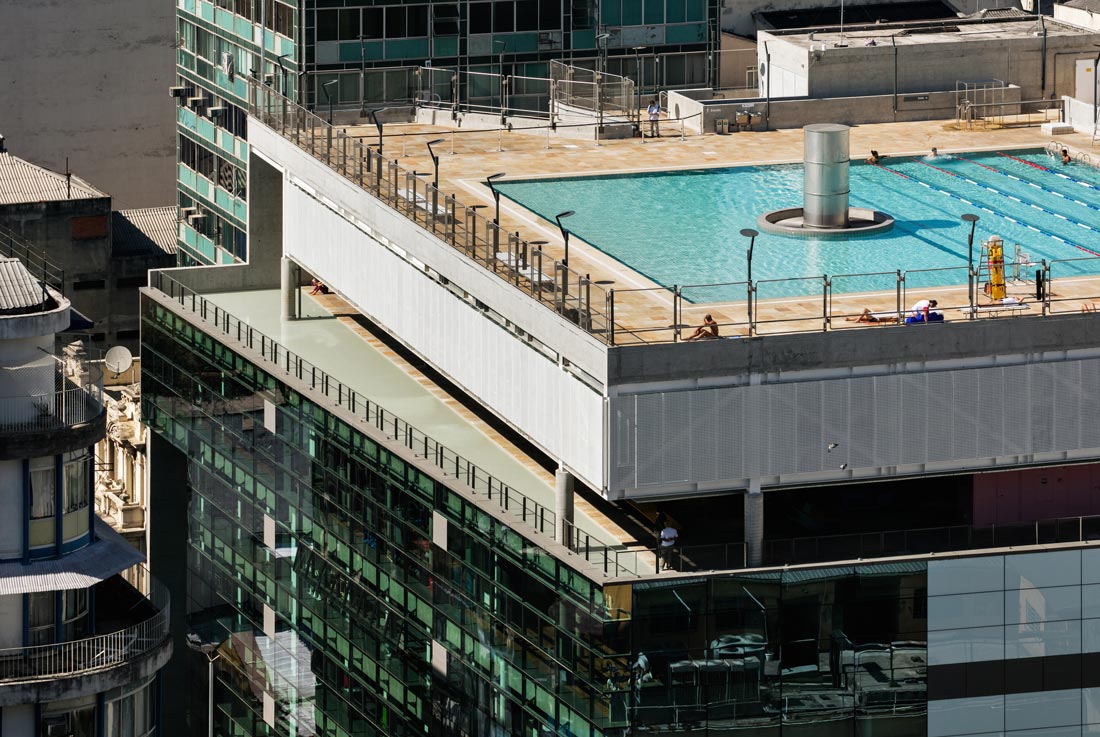 The new SESC 24 de Maio – which houses a complex set of recreational and service facilities – occupies the former headquarters of the Mesbla department store in downtown Sao Paulo and represents an exemplary challenge associated with intervening in the context of an urban heritage site. 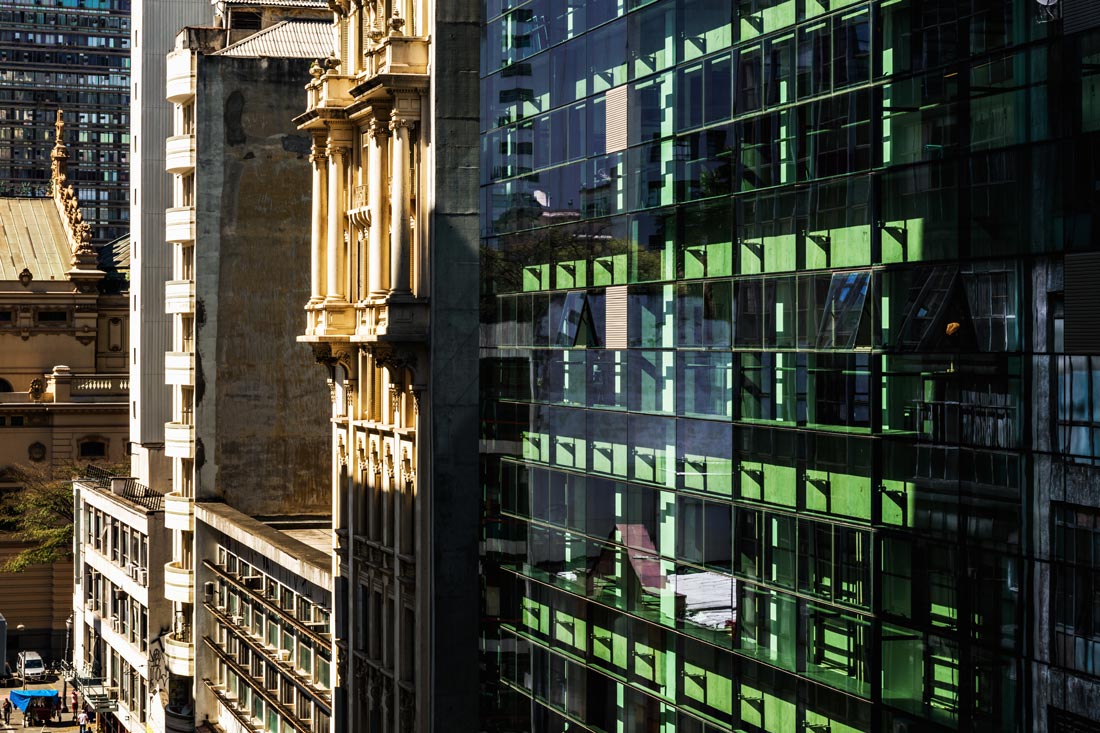 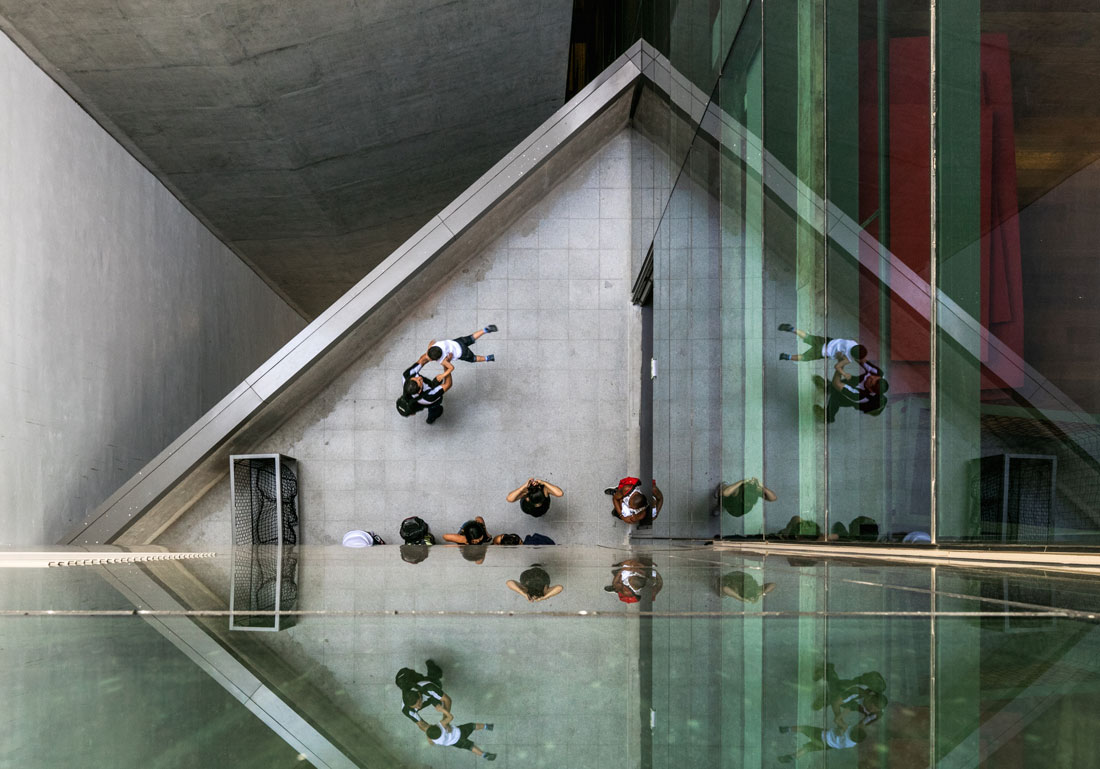 Taking this context into account, the proposed design intended both to contribute effectively to the upgrading of this remarkable area of the city, in addition to readapting the building structure to a completely new set of uses and specific programs. In order to do so, the following basic ideas were outlined:
· To house a large open square on the ground floor of the building as a central idea of public placemaking, designing it as an open passage with a gallery-like character that is directly linked to the exciting surroundings of the neighborhood;
· To transform the former underground garage into a café and a theater, in direct relation to the lively streets that surround it;
· To create a new vertical circulation system composed of a generous sequence of ramps, outlining a clear and continuous circuit that forms an architectural promenade and playfully connects the broader urban spaces of the city to the various indoor programs of the new SESC building;
· To structure a variety of open spaces at strategic levels that are designed as covered elevated squares, thus opening the building to its surroundings. These spaces – such as the Conviviality Square and the Swimming Pool Garden – are not enclosed with façades and act as hanging gardens along the open circulation network of ramps;
· To generate eventual associations between two levels, with the character of a great hall, part with double heights and overhead galleries, to house some items in the program, in order to avoid the monotony of simple overlapping floors;
· To build a generous square on the rooftop, a solarium that includes an open swimming pool;
· To concentrate all technical and mechanical infrastructure in an annex structure that acts as an isolated service tower. For this purpose, all infrastructure has been condensed into an extension that has been built on a contiguous property, which had been abandoned years before;
· To incorporate furniture that is an integral part of the architectural design. This has resulted in a colorful design series of chairs, tables, sofas, desks, counters and modular stackable furniture elements that complete the building in a joyful and playful way, strengthening its institutional identity. 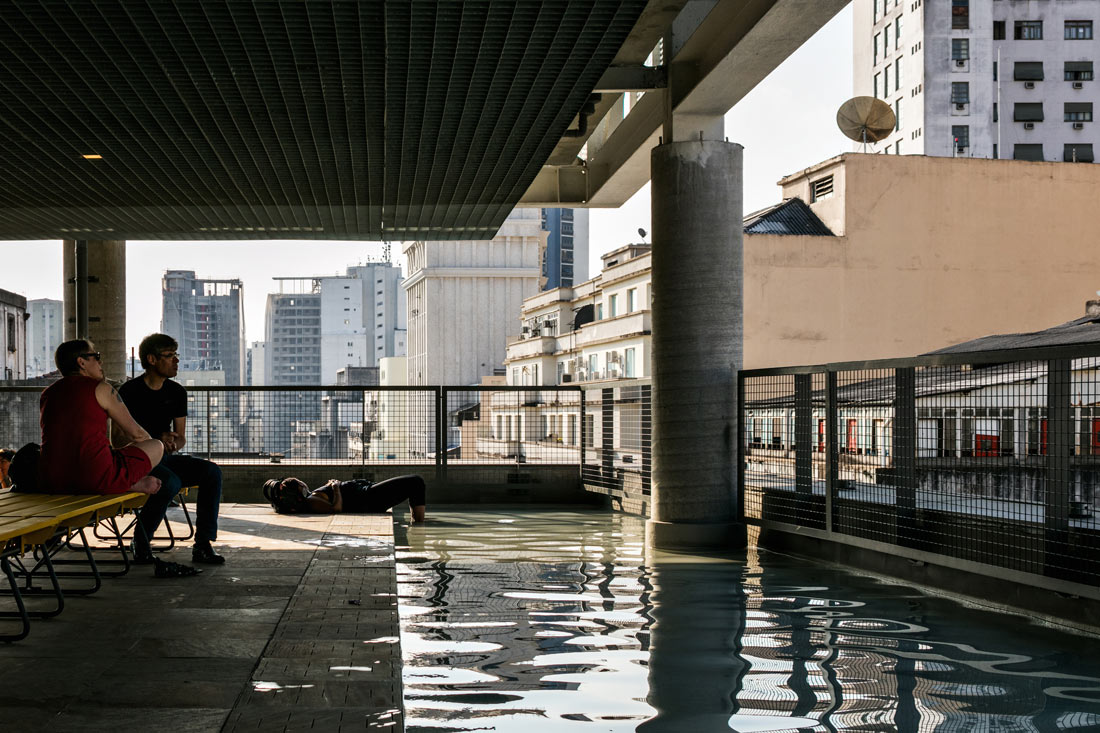 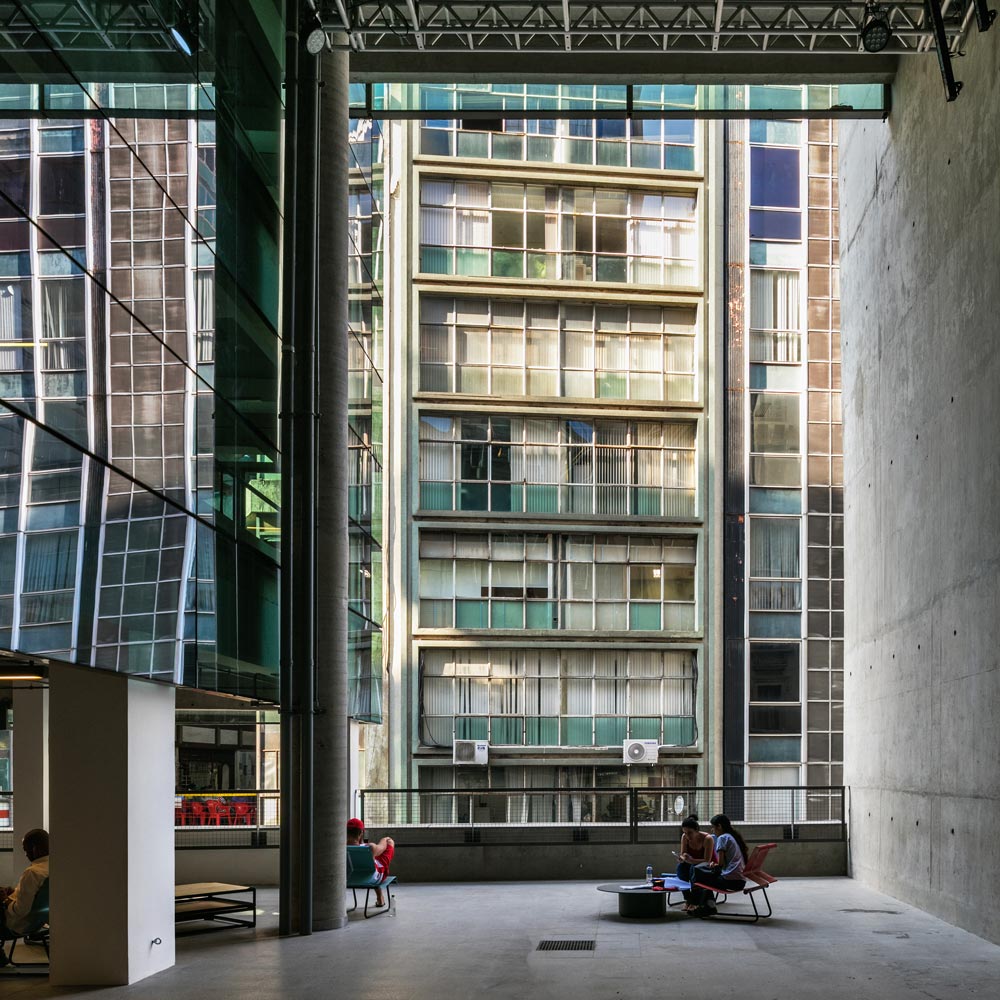 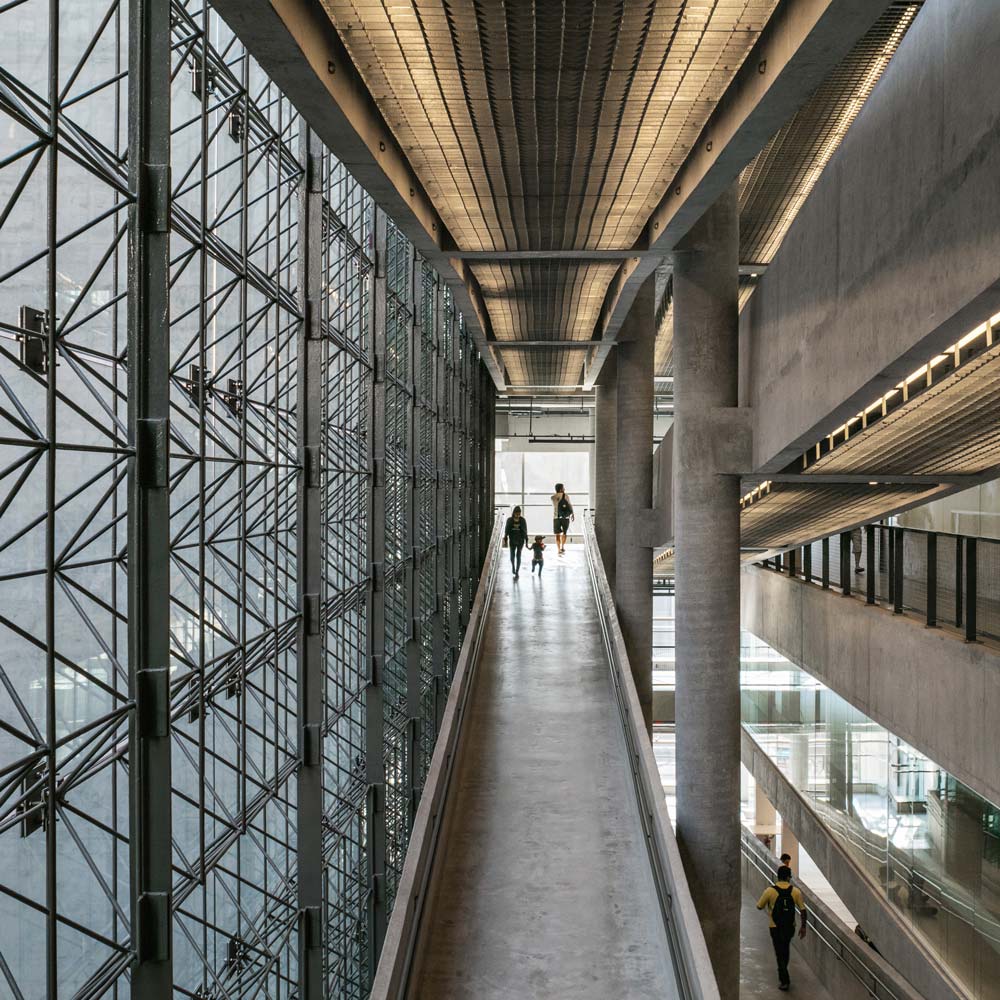 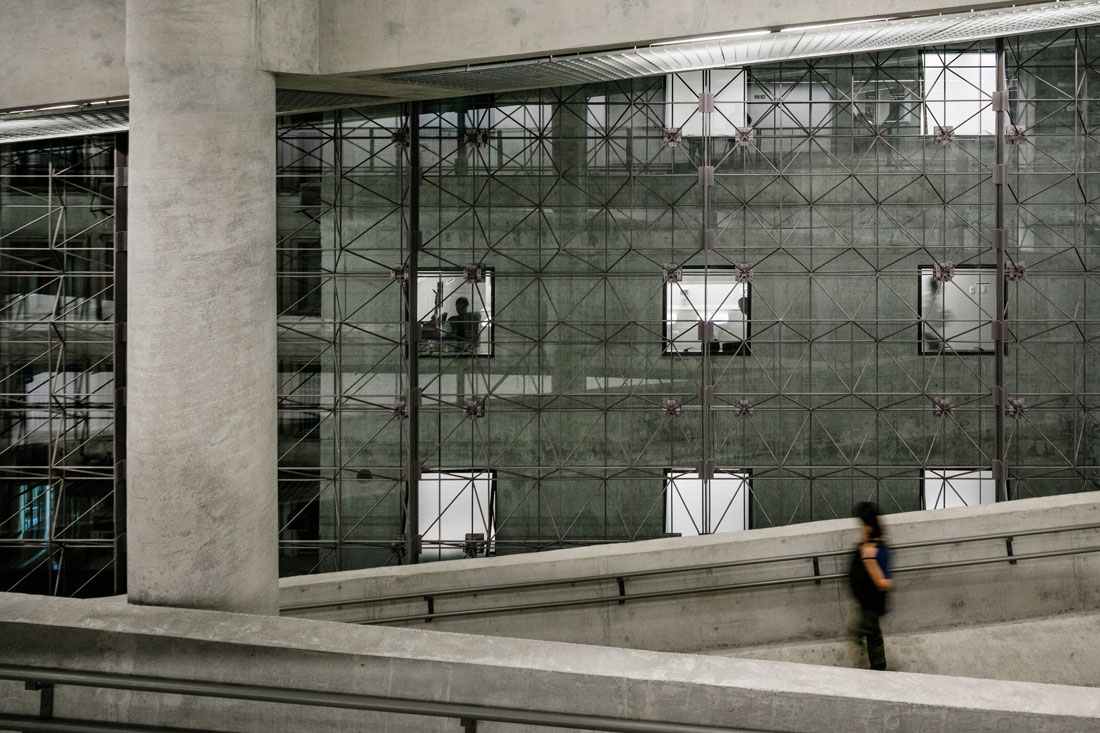 In order to bring about these goals – which lie at the core of the design’s challenges and which orient its spatial character – a series of decisions regarding building techniques and infrastructural supply were adopted, namely:
· The selective demolition of specific parts of the original Mesbla building structure, maintaining its basic structural elements and central hall, generating the vertical void around which the new design is structured;
· The construction of a new and autonomous building structure, supported by four main pillars that configure the central void, sustaining both a series of large interspersed halls, as well as the solarium and swimming pool volume that crown the building on the rooftop;
· The adaptation of the building’s former garage to house a theater by slightly lowering its level while, at the same time, carefully respecting the limits and structural foundations of the neighboring building;
· The development of an elaborate mechanical emergency system for smoke extraction that services all building levels, as required by local fire regulations. Its complexity has allowed for a variety of spatial arrangements – such as double heights and a completely open circulation network – that would normally not be allowed in a building with such specific uses and design constraints. 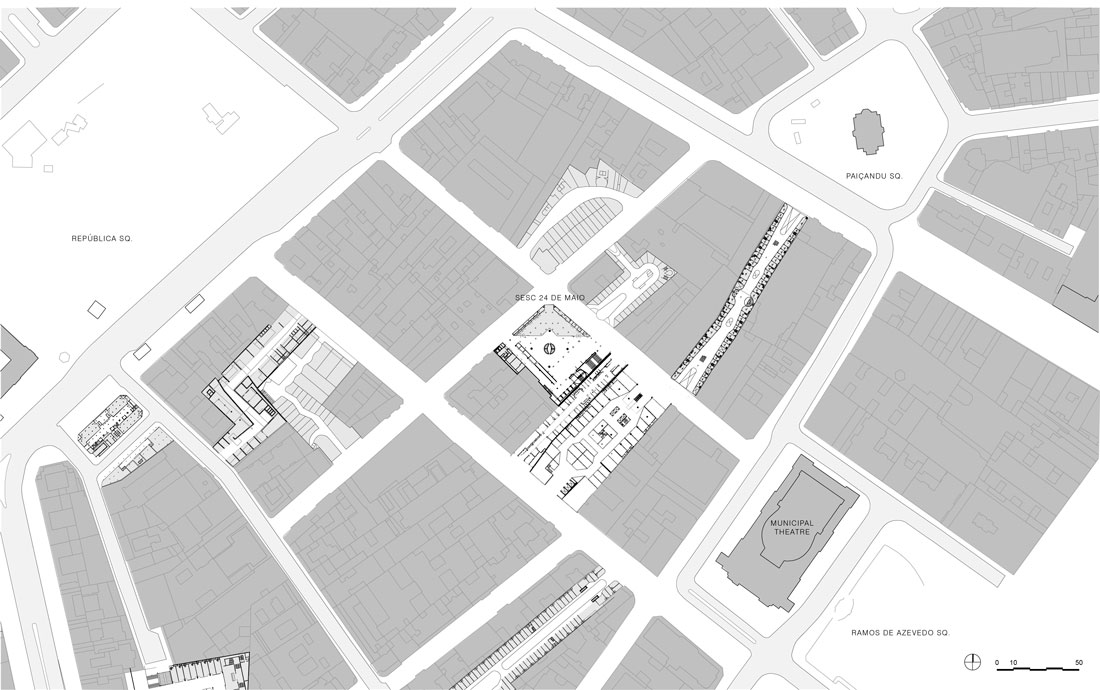 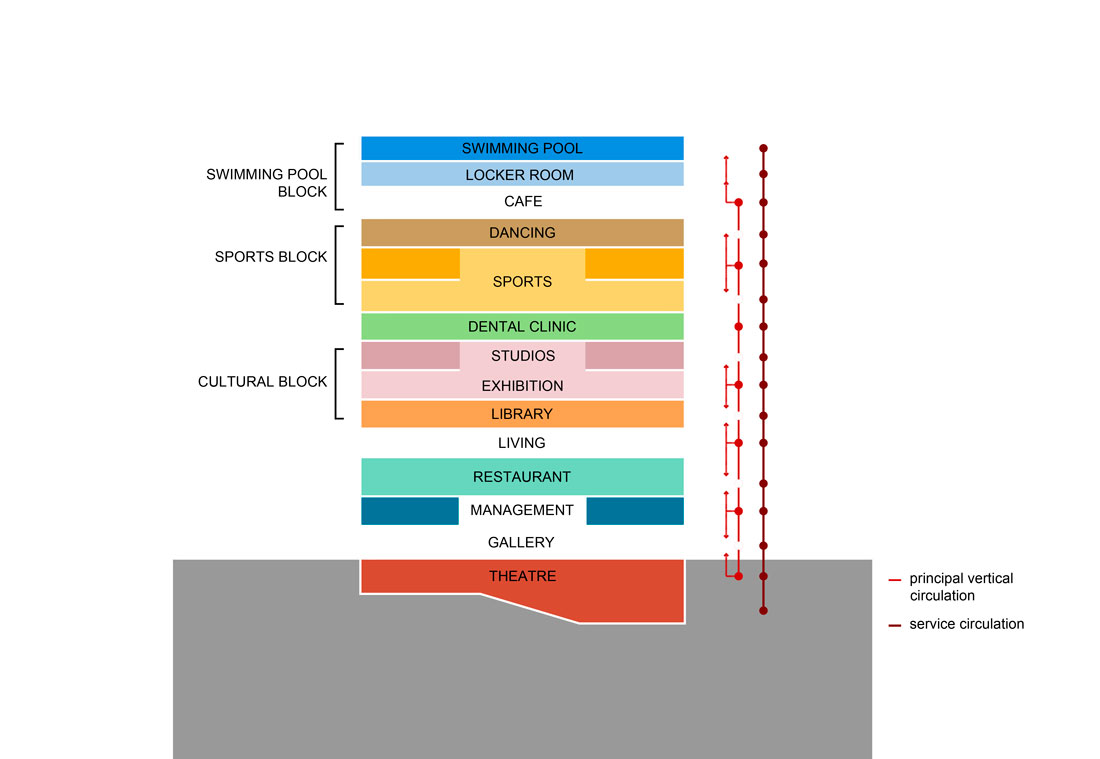