Italian architecture practice Studio Fuksas has completed the largest building in Rome in over 50 years. Opening to the public in October 2016, the New Rome /EUR Convention Hall and Hotel ‘the Cloud’ is a €239 million earthquake proof complex that has taken 18 years of planning and construction. It will host auditoriums, exhibition spaces and a hotel – amassing 55,000 square metres in new public space. Through both trade and tourism, the convention centre is expected to bring in between 300 – 400 million euros annually to the city of Rome.

Located south of the city’s core, in the business district of EUR, the complex follows the simple orthogonal lines of the surrounding 1930s rationalist architecture.

The spaces surrounding the centre will serve as two public squares. Integral to the new complex and the neighbourhood, these new spaces will provide citizens with places for various leisure and outdoor activities, offering a new meeting area in this busy part of Rome.

The New Rome/EUR Convention Hall and Hotel ‘the Cloud’ comprises three distinct architectural concepts: the basement, the ‘Theca’ and ‘Cloud’, and the ‘Blade’.

The basement is accessed on Viale Cristoforo Colombo, via a staircase that leads into the building’s main foyer and information point. Past this area, a large concourse feeds into an expansive congress and exhibition hall that can host up to 6000 people.

The ‘Theca’ is the stunning outershell and façade of the convention Hall and Hotel, which has been made from a combination of metal, glass and re-enforced concrete. Inside the building, 7,800 square metres of new public space will play host to public and private conferences, exhibitions and large-scale events. Suspended inside the ‘Theca’ is the ‘Cloud’ – the interplay between these two spaces is essential to the complex – symbolising the connection between the city of Rome and the convention centre. The ‘Cloud’ is an independent cocoon-like structure that is covered in 15,000 square metres of highly advanced membrane fiber glass and flame-retardant silicone and is supported laterally at points by the ‘Theca’. It lies at the heart of the complex and is accessed by the ‘Forum’ – an artery walkway that fuses the two structures together. Inside the ‘Cloud’, five levels (supported by escalators and walkways) lead to a 1,800 capacity auditorium. In order to ensure that the ‘Cloud’ system does not interfere with the rest of the complex, the auditorium is clad in wooden cherry panels.

The final architectural concept is the ‘Blade’ – an autonomous building split into 17 floors and containing a new 439-room hotel built to provide accommodation to visitors to the centre and the city of Rome. Spread over 18,000 square metres, the ‘Blade’ will also include seven boutique suites, a spa and a restaurant. 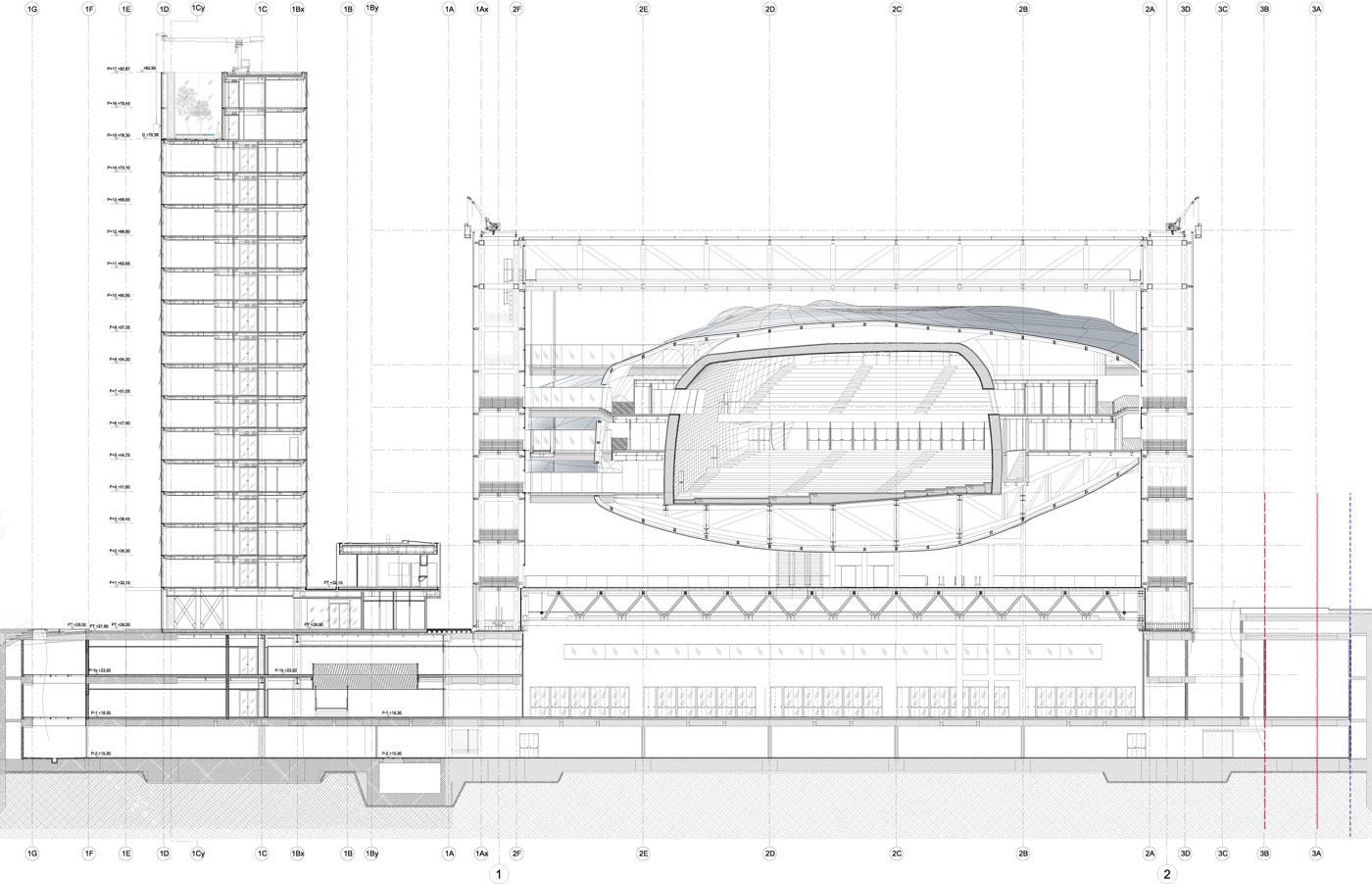 The building has been constructed from 37,000 tons of steel- the equivalent weight of four and a half Eiffel Towers. Additionally, 58,000 metres of glass has been used for the centre’s exterior and interior design, which is enough to cover the surface of 10 football pitches. 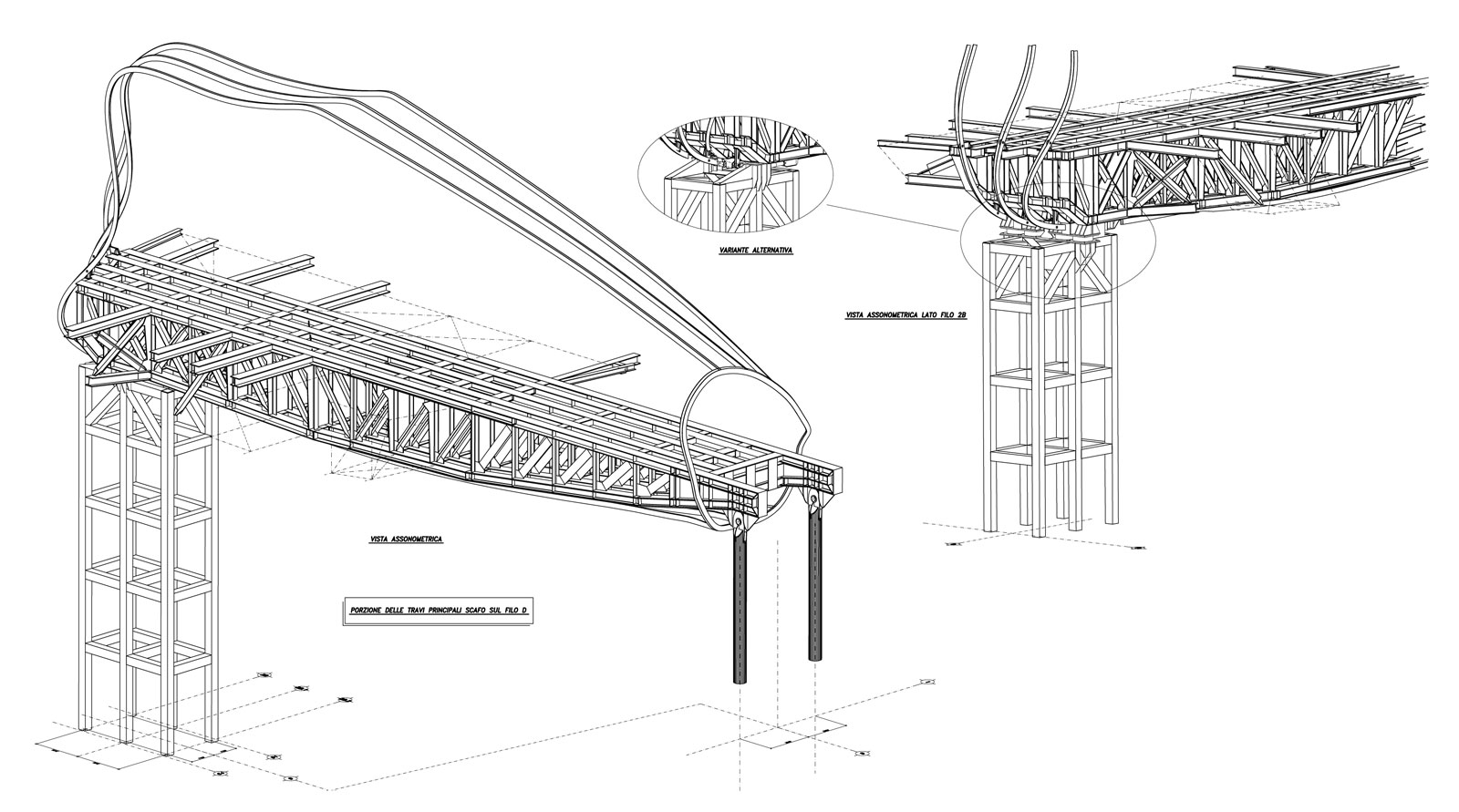 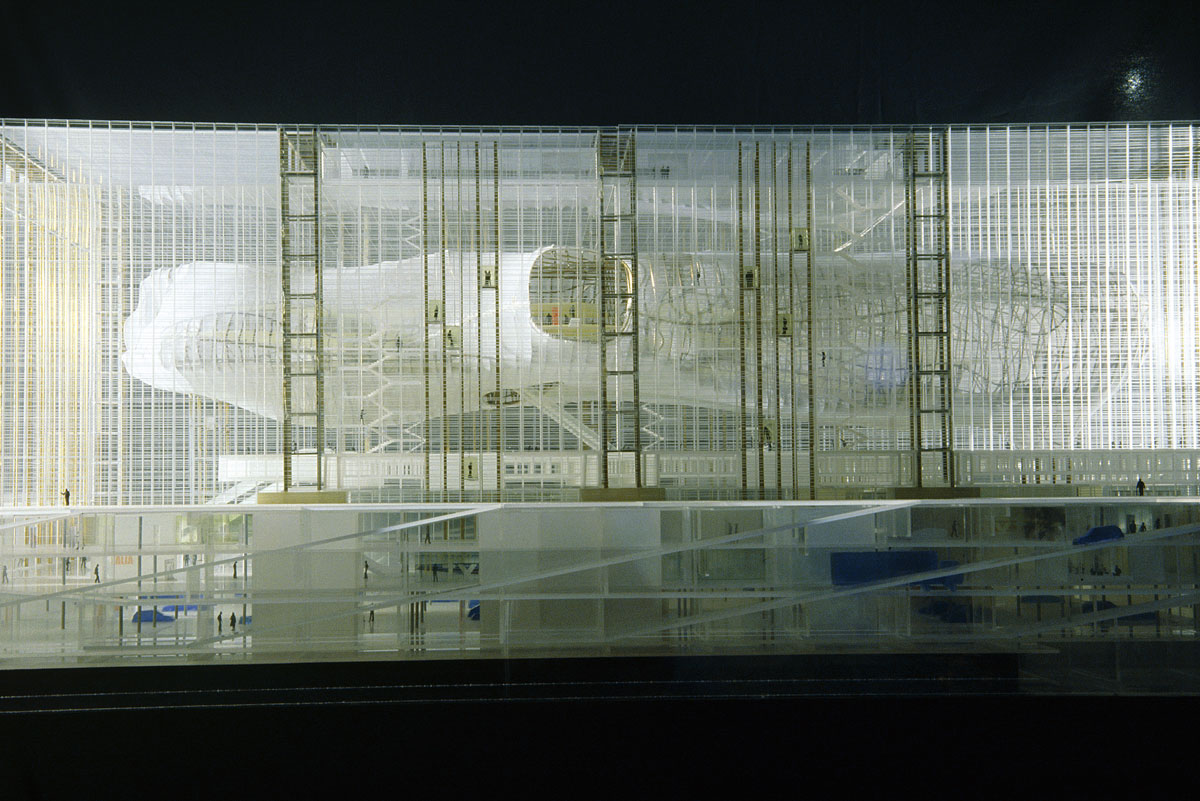 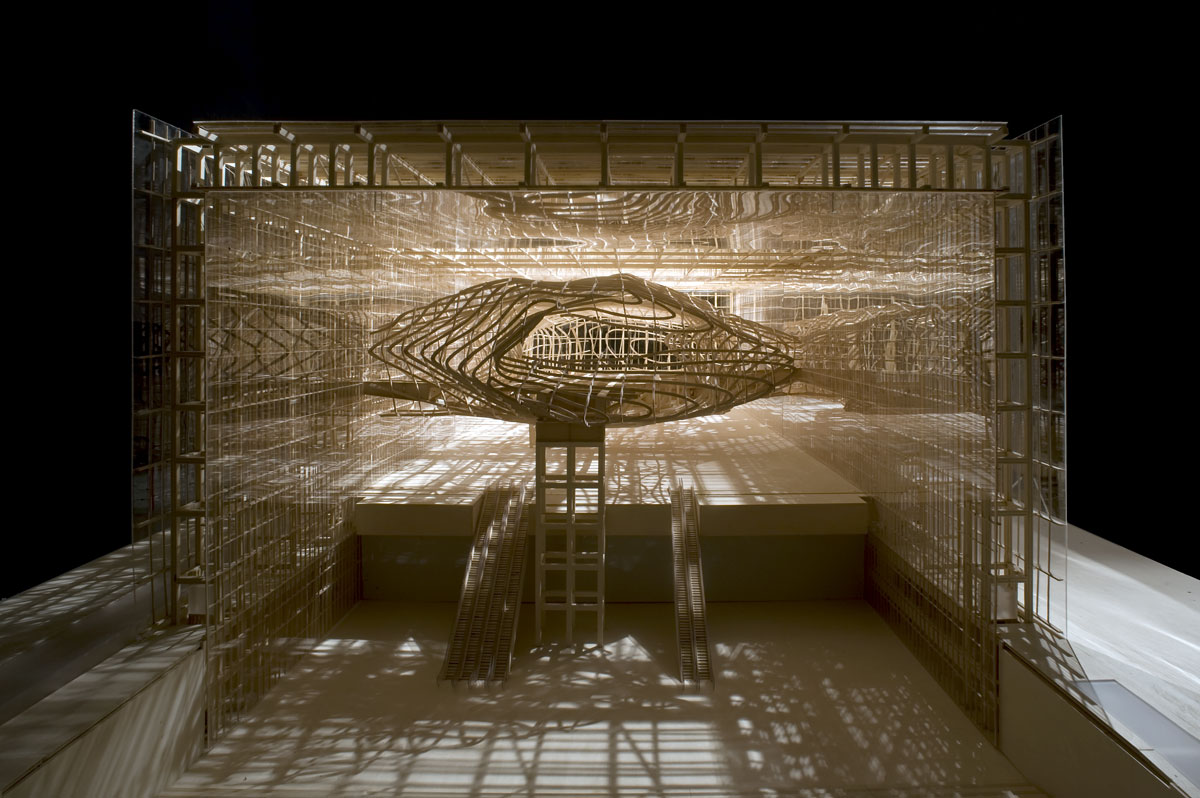 The centre is fully earthquake-proofed – the stiffness of its vertical structure is able to withstand both small and large seismic waves.

In addition, the building’s insulators have a horizontal rigidity, which works against the movements of small earthquakes, whilst their low rigidity enables large oscillations with low accelerations during more violent tremors.

An eco-friendly approach underscores the design of the centre, with integrated air conditioning that will be carried out by a reversible heat pump. This system is capable of achieving high energy performances whilst reducing electricity consumption. A natural ventilation system is also in place – with the cool water of the nearby EUR lake extracted and filtered into the system. The roof’s photovoltaic panels (glass and silicon wafer)help to produce energy and protects the building from overheating through the mitigation of solar radiation.

When fully operational, the basic power load of the New Rome /EUR convention Hall and Hotel ‘the Cloud’ will be supplied by the power station of cogeneration as well as any power generated by the buildings’ geothermal and photovoltaic network. The mutual interdependence of these systems ensures that the complex is able to function in any instances of a technical failure.

The centre’s eco features also comprise a rain water harvesting system, where exterior panels collect rainwater and filter it into a storage tank. The water can then be pumped, on demand, from the tank to the internal water system.

Fuksas’ design for the complex was created with flexibility in mind –spaces are interchangeable and can be amended to accommodate large or small conferences, lectures and events with a maximum seating allowance of nearly 8,000 seats, divided between the auditorium inside the ‘Cloud’, (1,800 capacity), and large conference rooms in the basement (6,000 seats). The underground level of the building also has more than 600-place parking area.

Many of the complex’s Interior details have also been realised by Studio Fuksas. In the Auditorium, the red armchairs have been made by Poltrona Frau and specially designed by Fuksas architects. The building’s bespoke ‘Cloud’ lamp has been produced by iGuzzini and conceived by the studio. 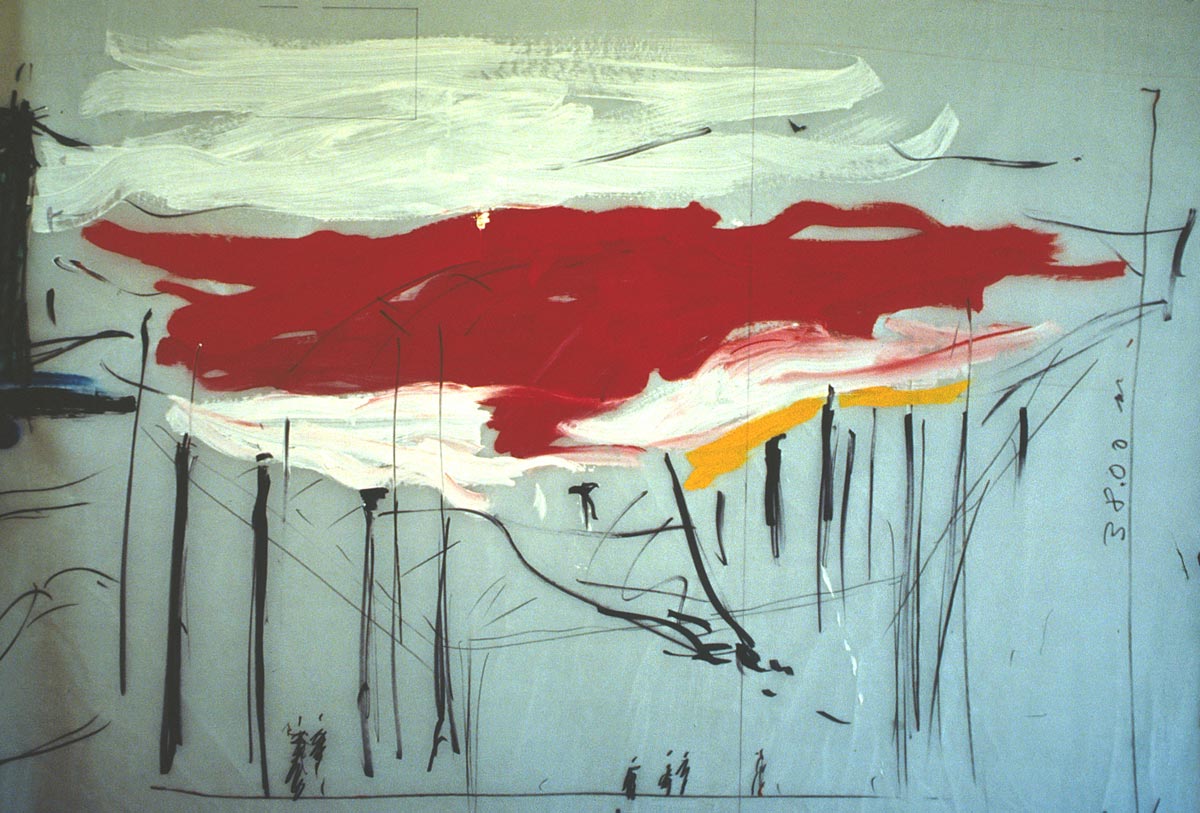