The “Public Air” project for the City of Copenhagen aims to rethink the formal and technological heritage of the twentieth century in favor of new physiological criteria, to mitigate the air and noise pollution brought on by automobiles and industrial processes. To this end, cycling has recently become very popular in Copenhagen, despite the city’s vehicle-centric design and materials. Consequently, cyclists in Copenhagen share the roads with cars, a result of twentieth-century urban planning. Further, the physical exertion necessary for riding a bike causes bicyclists to breathe deeper, inhaling the air pollution given off by automobiles. Because it is both socially and politically impossible to ban the use of cars in the city, the City of Copenhagen has recently proposed a “Green Bike Network” to be developed in the near future. 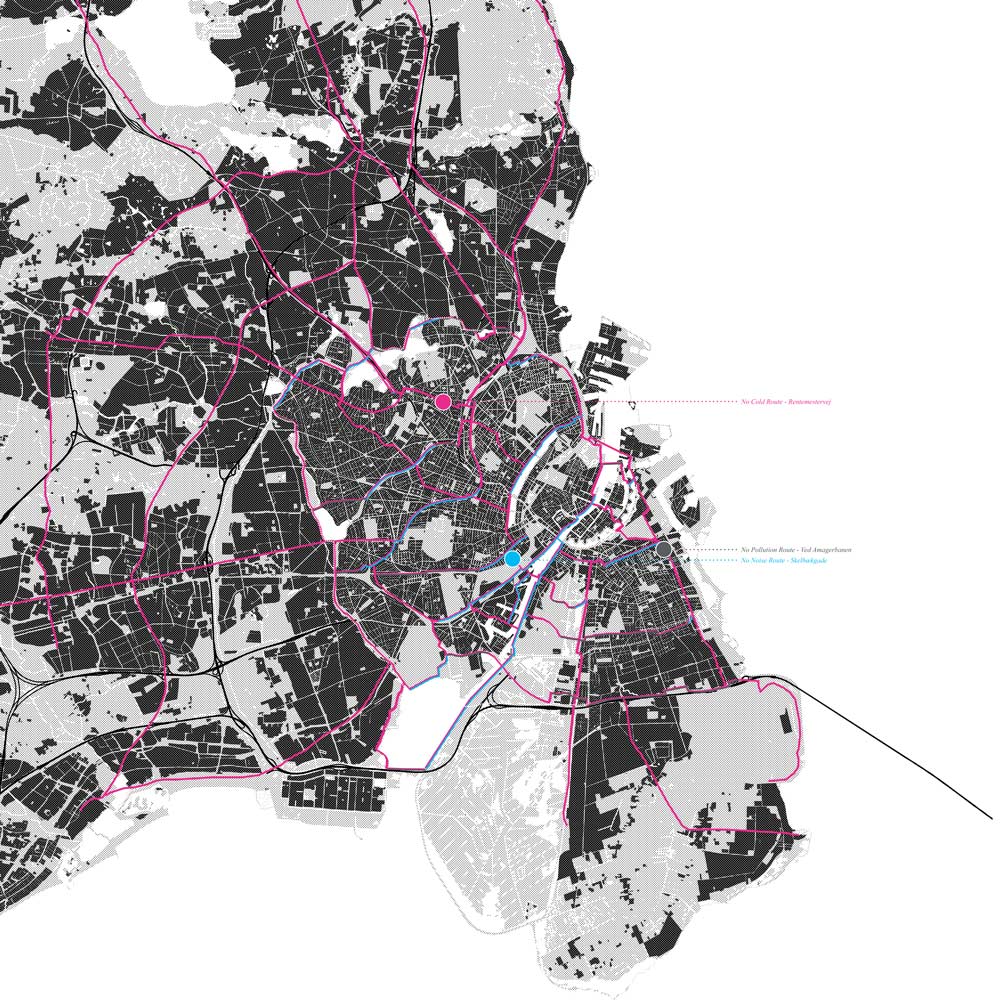 This proposal comprises a network of paths specific to bicycle and pedestrian traffic, and parallel to roadways used by automobiles. The plan, already in progress, navigates parks and vacant spaces in order to avoid crossing streets used by motor vehicles, and the air pollution therein. Rather than fighting against air pollution and the automotive-centric design of the twentieth century, this project proposes the creation of a new physiological vocabulary for the Green Bike Network. By analyzing and reconceptualizing each element of the twentieth-century built environment that contributes to undesirable physiological consequences, we can return to the causal relationship between physiological necessity and the impulse to build. Based on a study of urban forms and materials, focusing on how they contribute to air pollution, noise pollution, and heat gain, we have reconsidered each element of the built environment in terms of its ability to negate undesirable physiological consequences caused by the current built environment and climate of Copenhagen. Soil, façade material, street furniture, street layout and orientation, air, light, sound, and smell are elements that can be specifically implemented to create a more comfortable city air quality, noise threshold, and atmospheric temperature, in the cold climate of northern Europe.