Parkings at the End of the Automobile Era

At the end of the 19th century, Paris became the cradle of the automobile revolution. The rapid and spectacular rise of the “car” was accompanied by the appearance of a new built archetype specifically designed for this unique technical object: the hotel for automobiles, later commonly called a garage or parking structure.

In the golden age of Parisian garages between the wars, after the Glorious Thirties, came the era of mass parking areas built to accompany the democratization of the automobile. The archetype evolved towards a form of architectural and urban structure that was rationalized to the extreme, elementary, technically and economically optimized, potentially repetitive and duplicable to infinity. Like factories, supermarkets or warehouses, parking structures were a standardized built figure centered on a single function – in this case to park motorized vehicles. 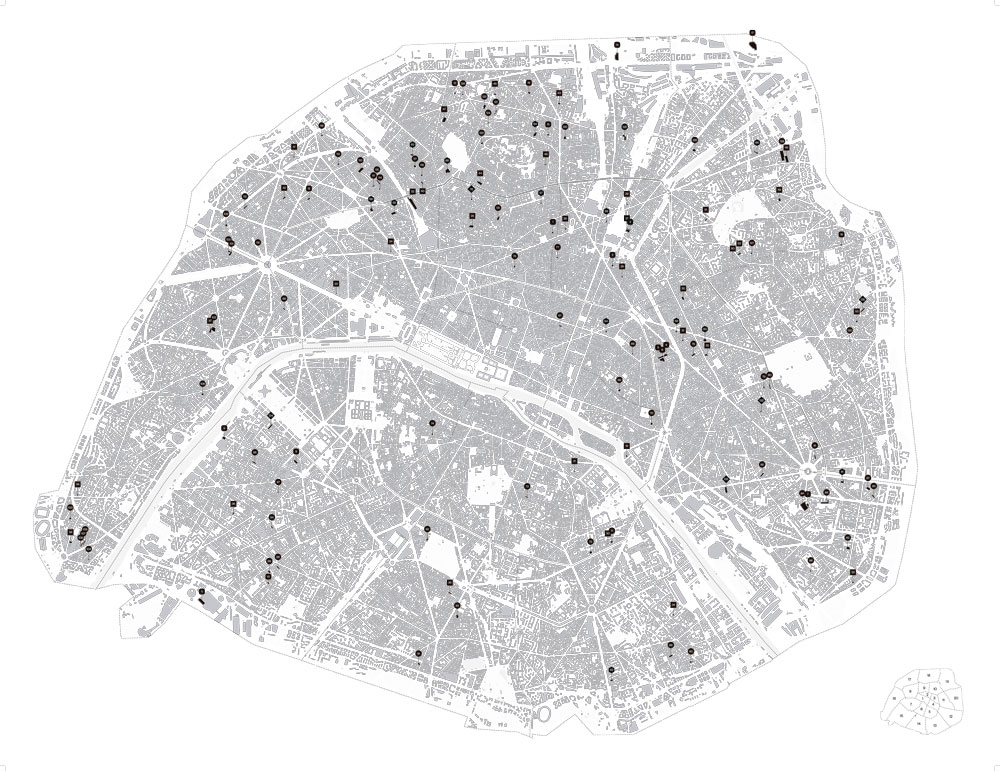 Parking structures today appear as the symbolic artifact of our dependence on the automobile, whose physical derivatives (roads, service stations, etc.) suffer from a certain unpopularity. In the collective imagination, parking structures are also a setting for the illicit, the marginal, the strange, even the scabrous, especially in the underground versions. Many novels, films and photographs have helped to burn this image into our memories.

For more than a decade, Paris has seen a gradual reduction of the car’s presence in the city, a phenomenon that marks the end of the automobile era. In 2018, nearly 65% ​​of households in Paris do not own a car. This tendency has the consequence of accelerating the transformation of superstructure buildings dedicated to parking, which are now facing gradual vacancy and future obsolescence. This mutation, by transformation or, more often, by demolition and reconstruction, is carried out on a case-by-case, depending on their ownership. The garage-parking structure then becomes a new land of opportunity for living spaces. 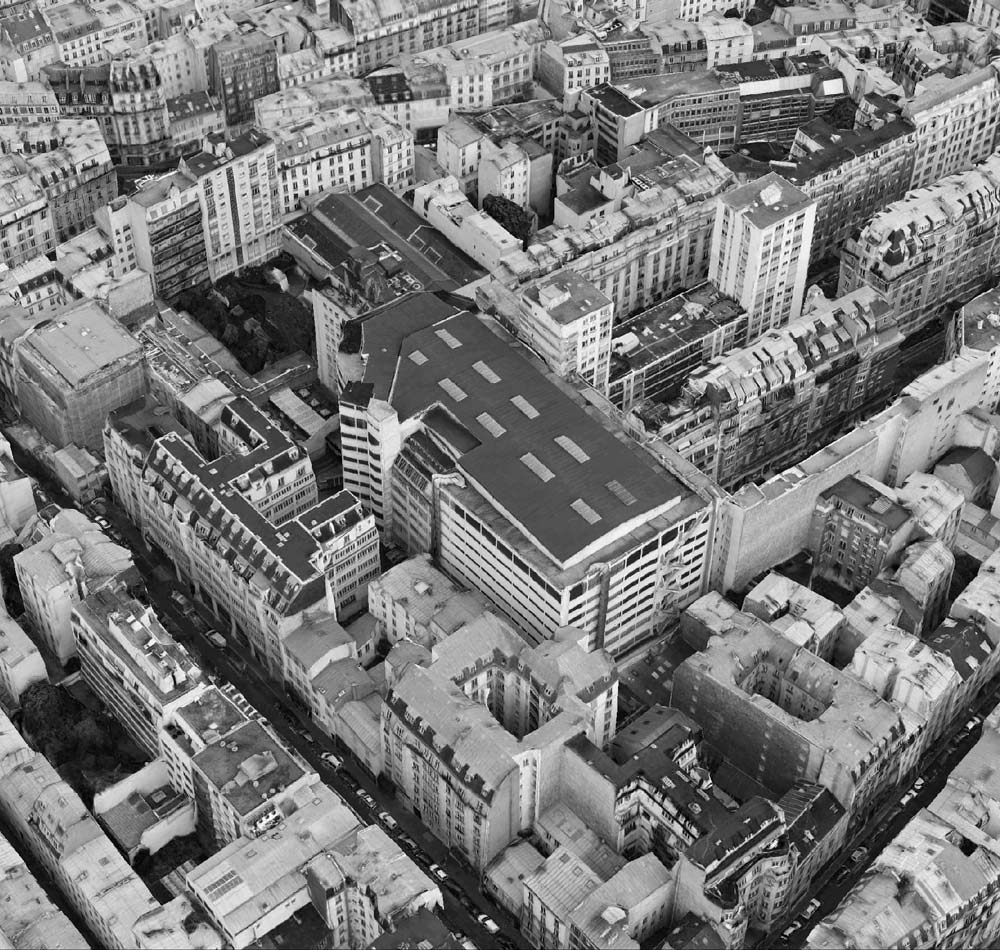 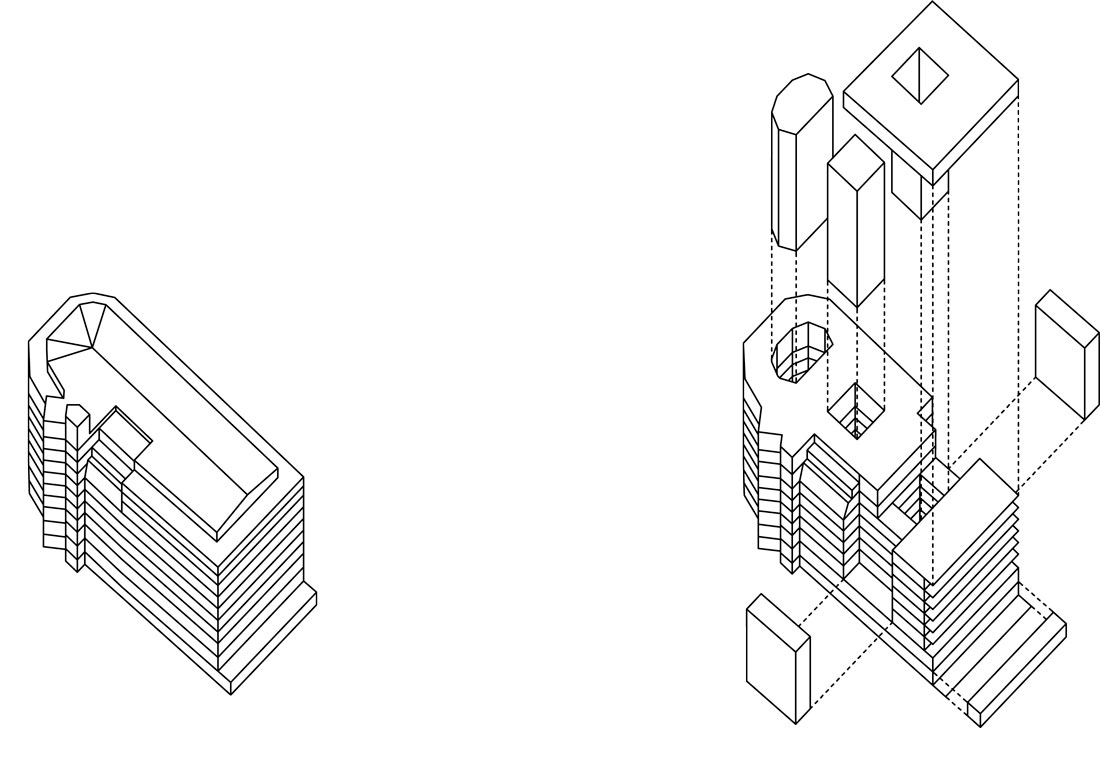 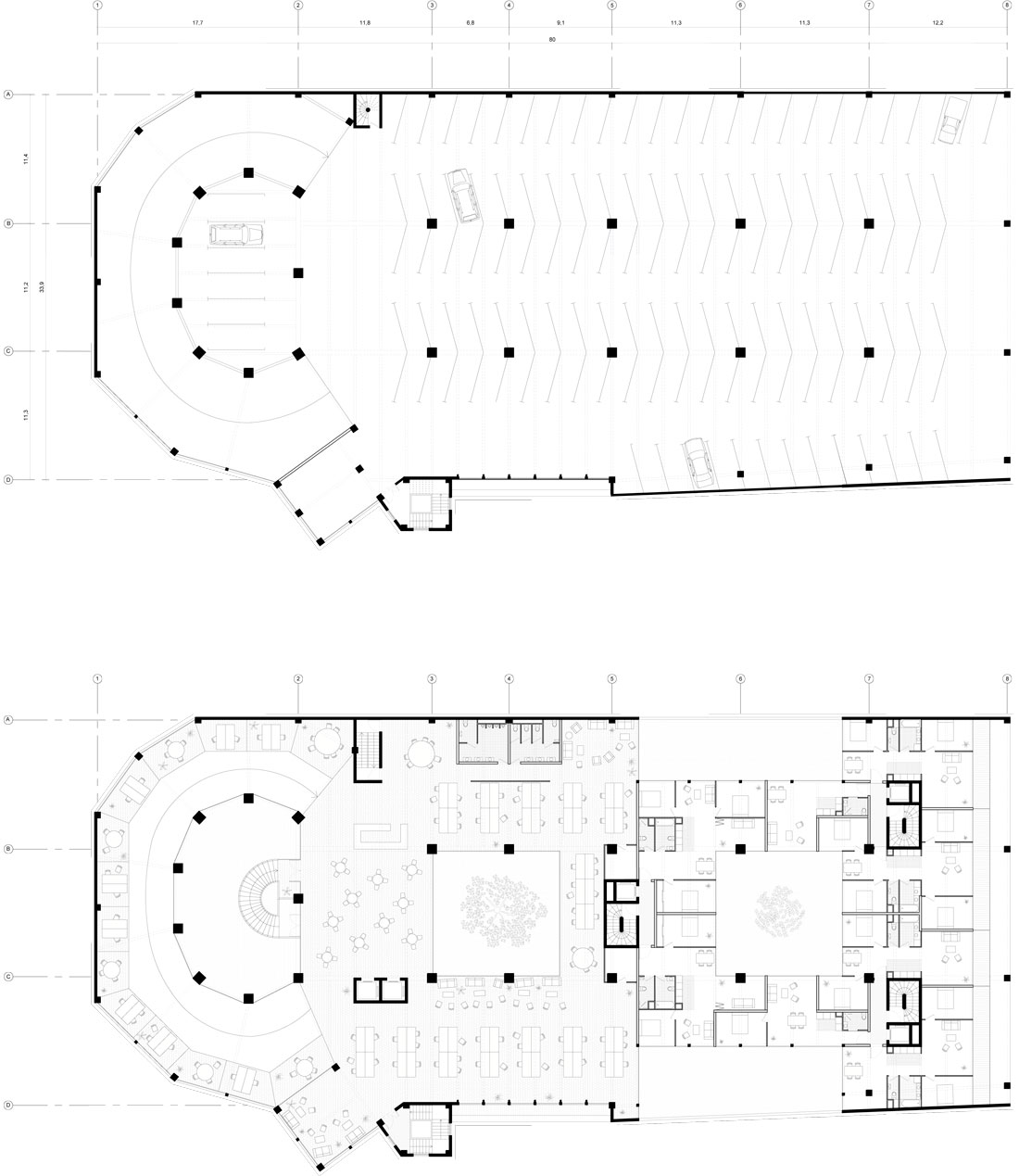 Before and After of Parking Cardinet. 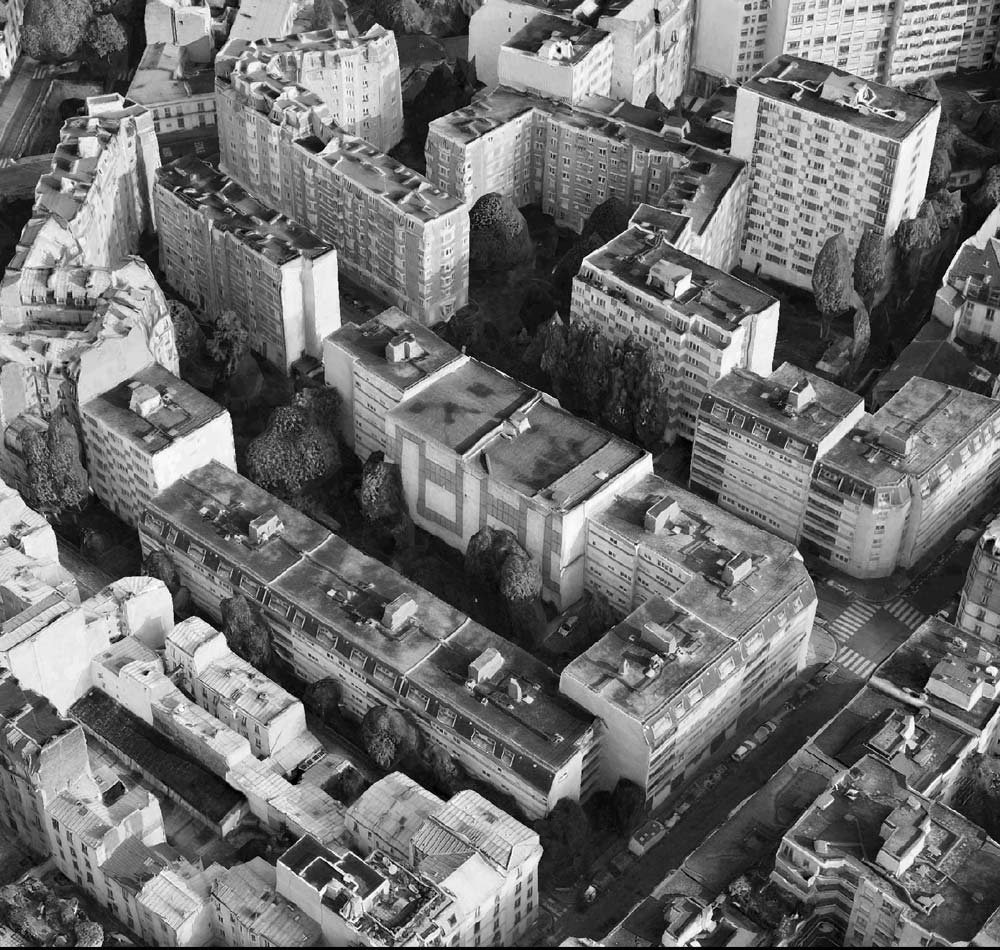 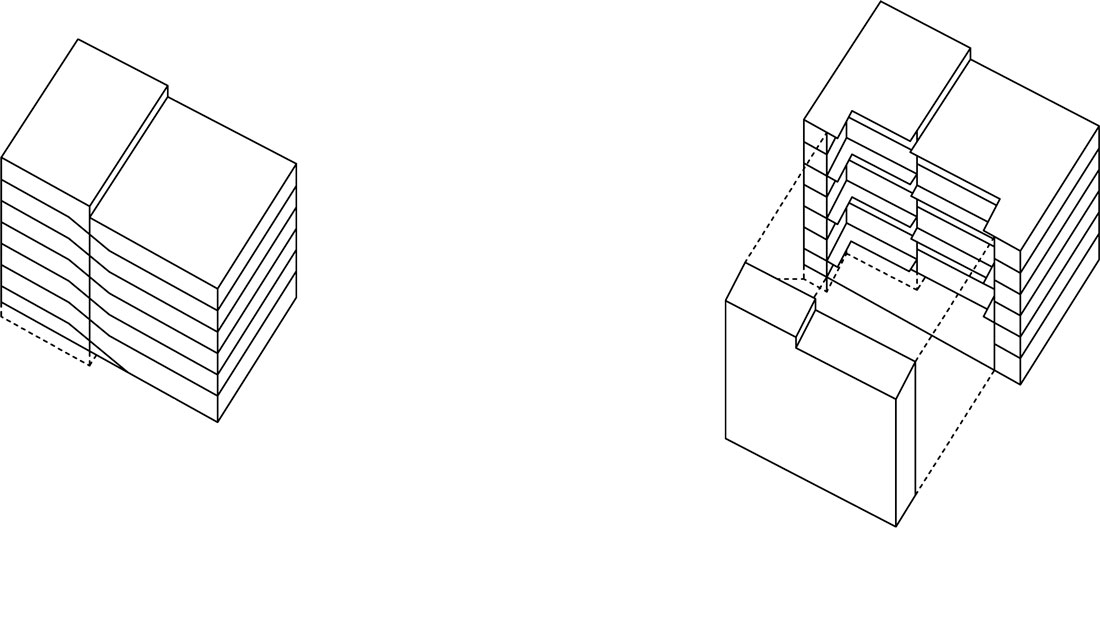 Before and After of Parking Firmin Gemier. 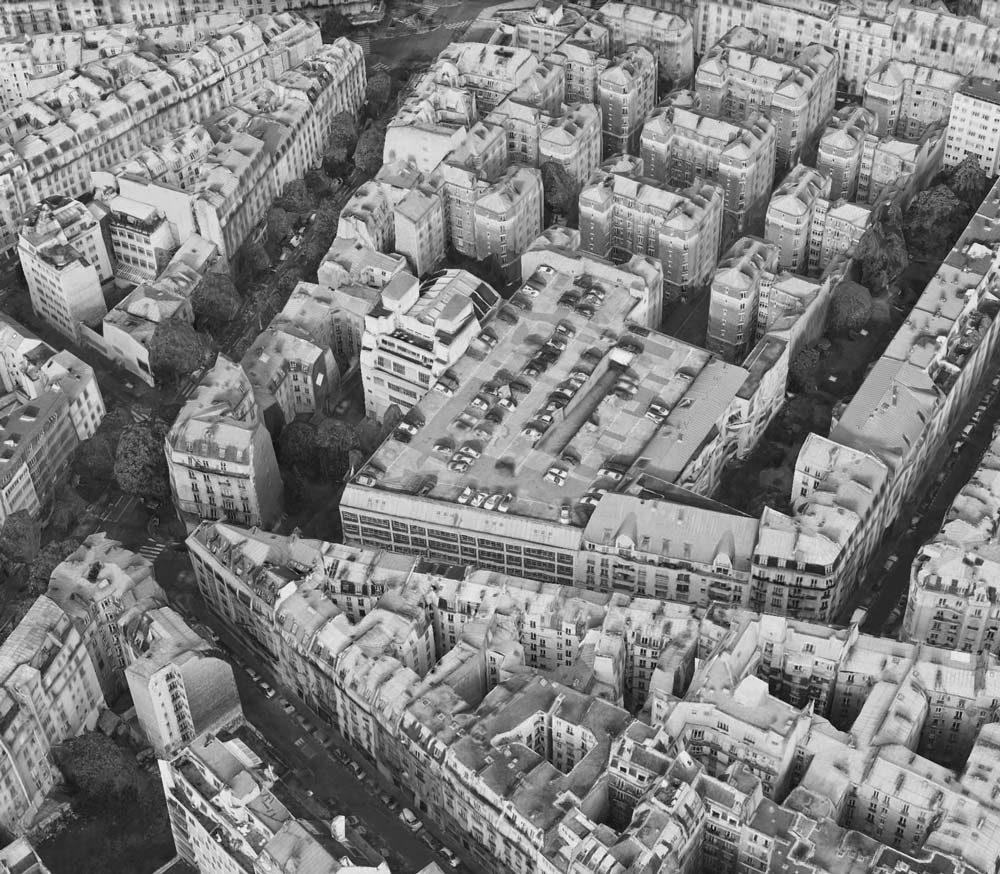 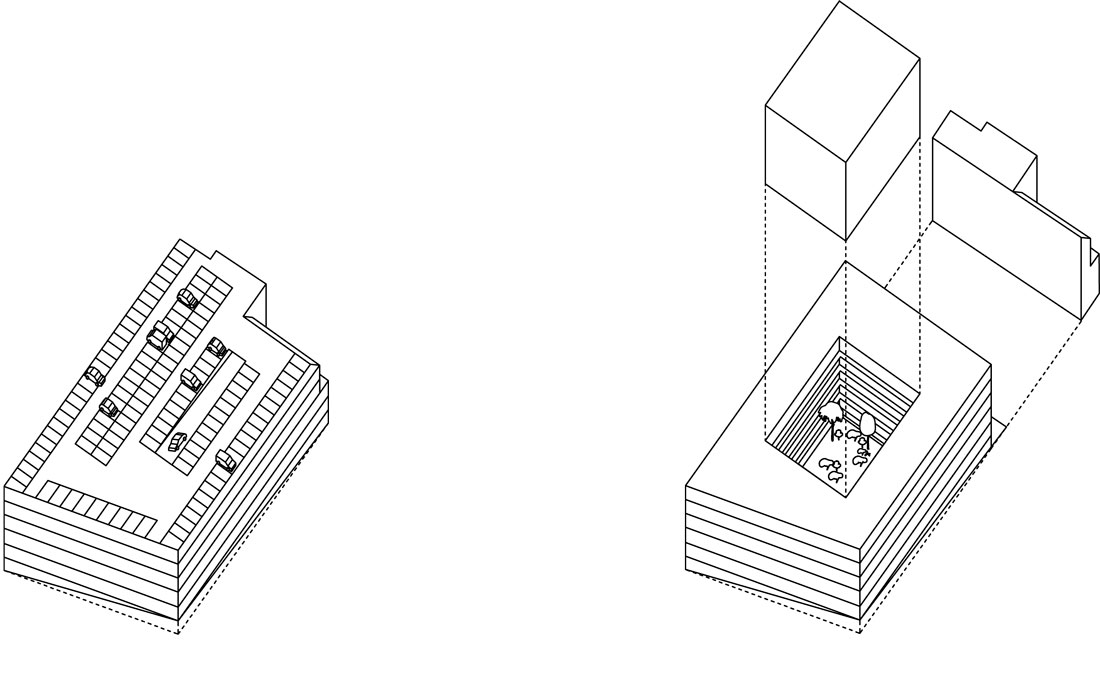 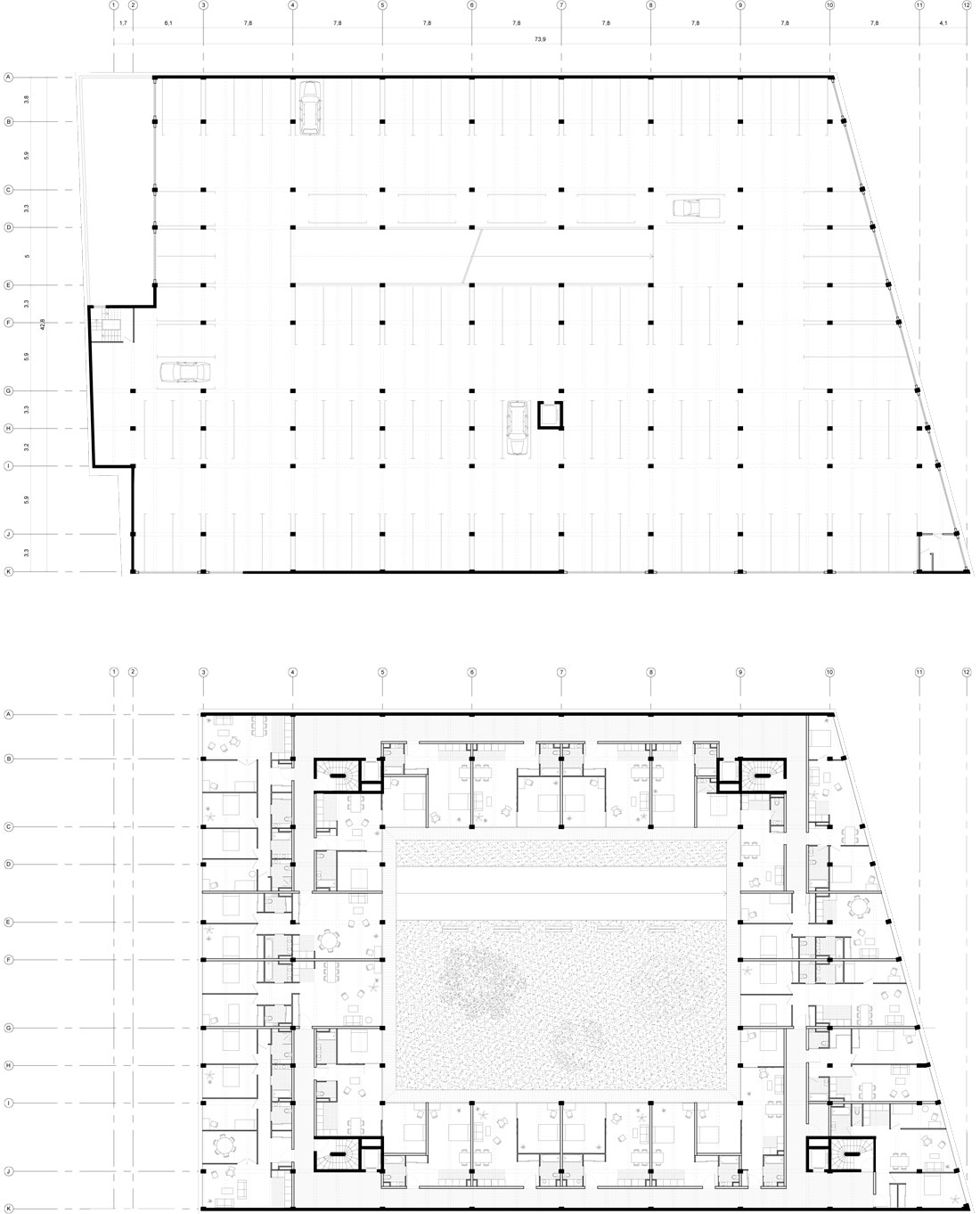 Before and After of Parking Lamark. 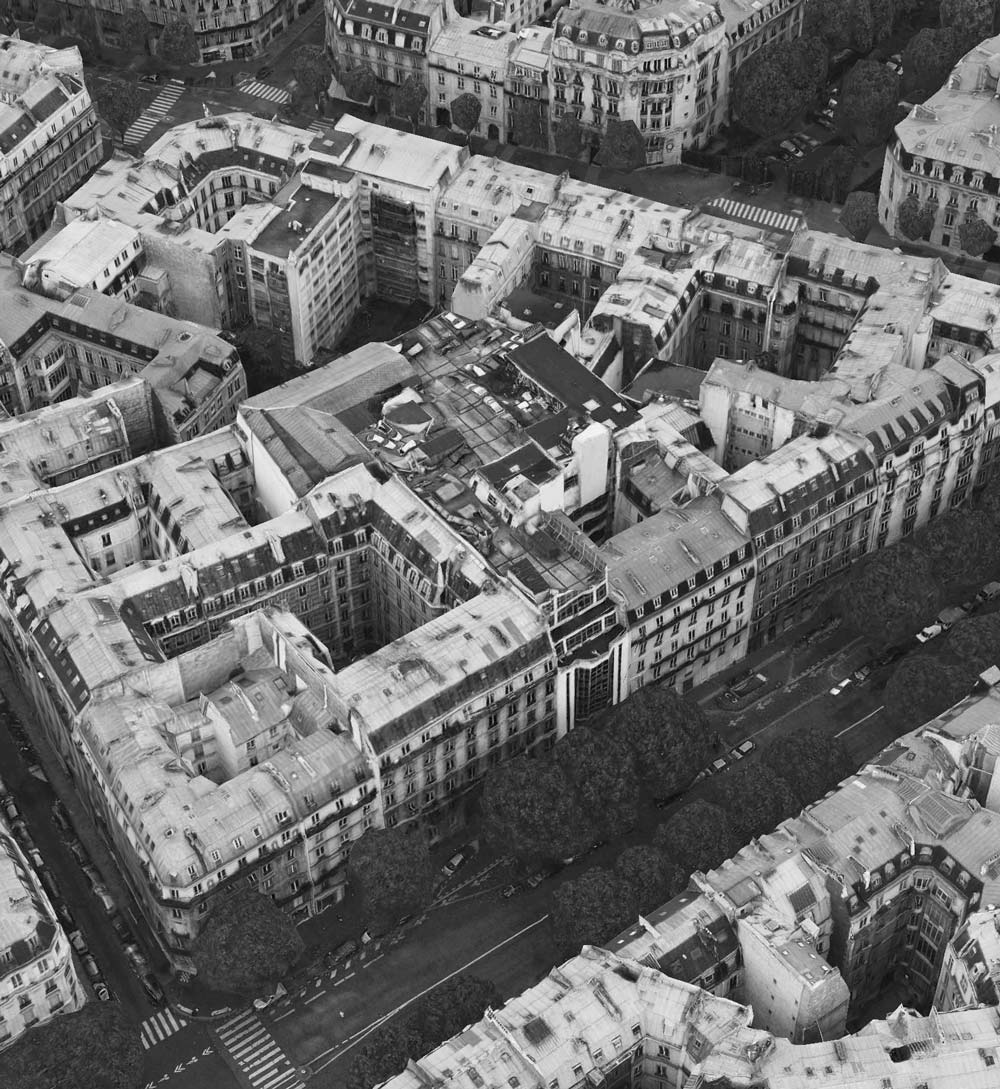 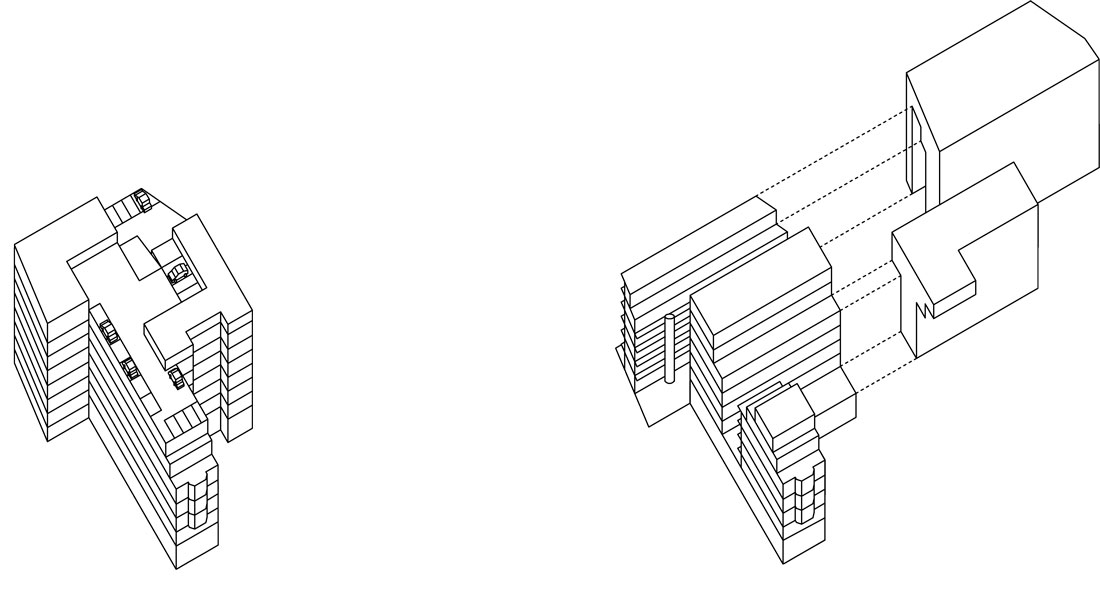 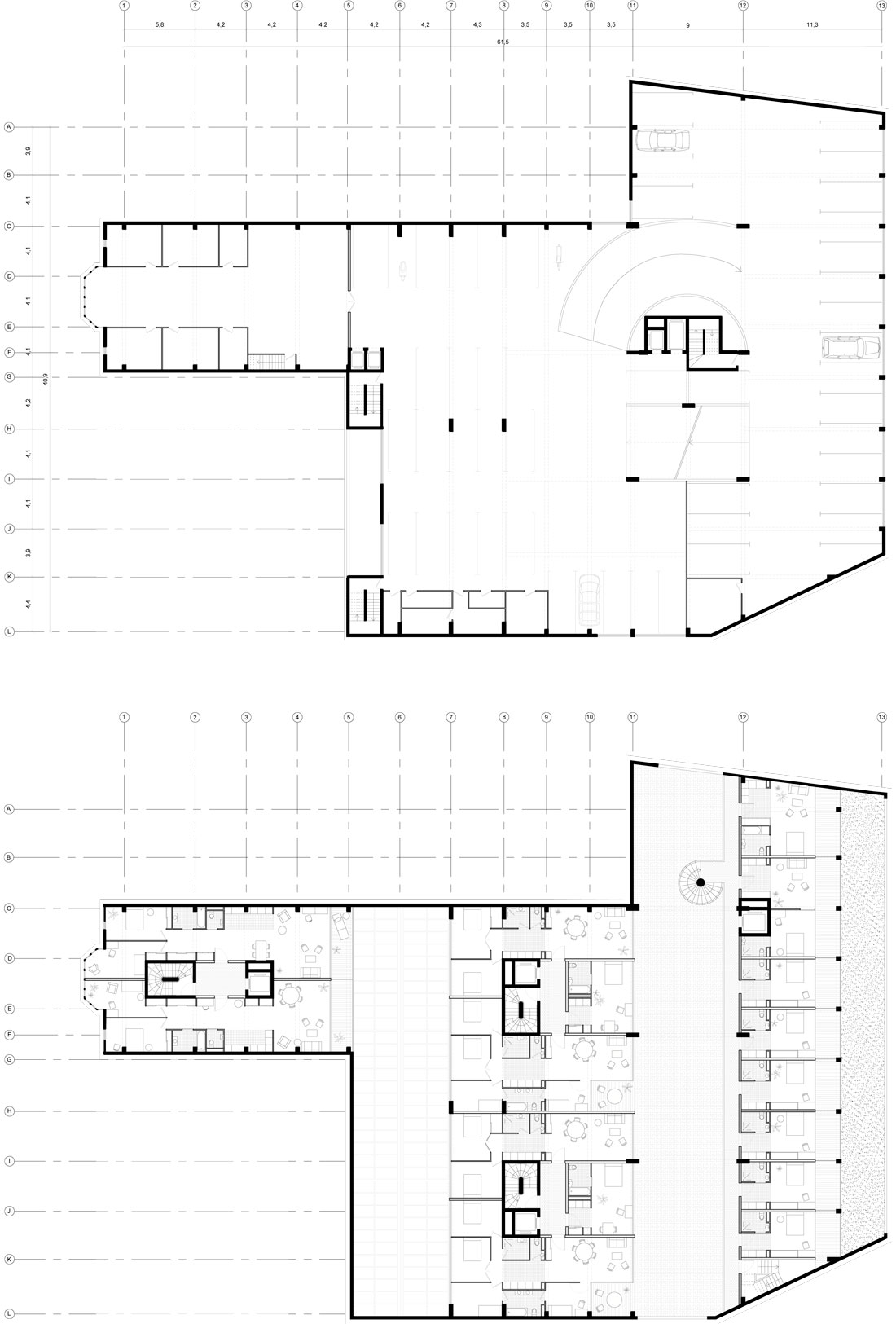 Before and After of Parking Courcelles. 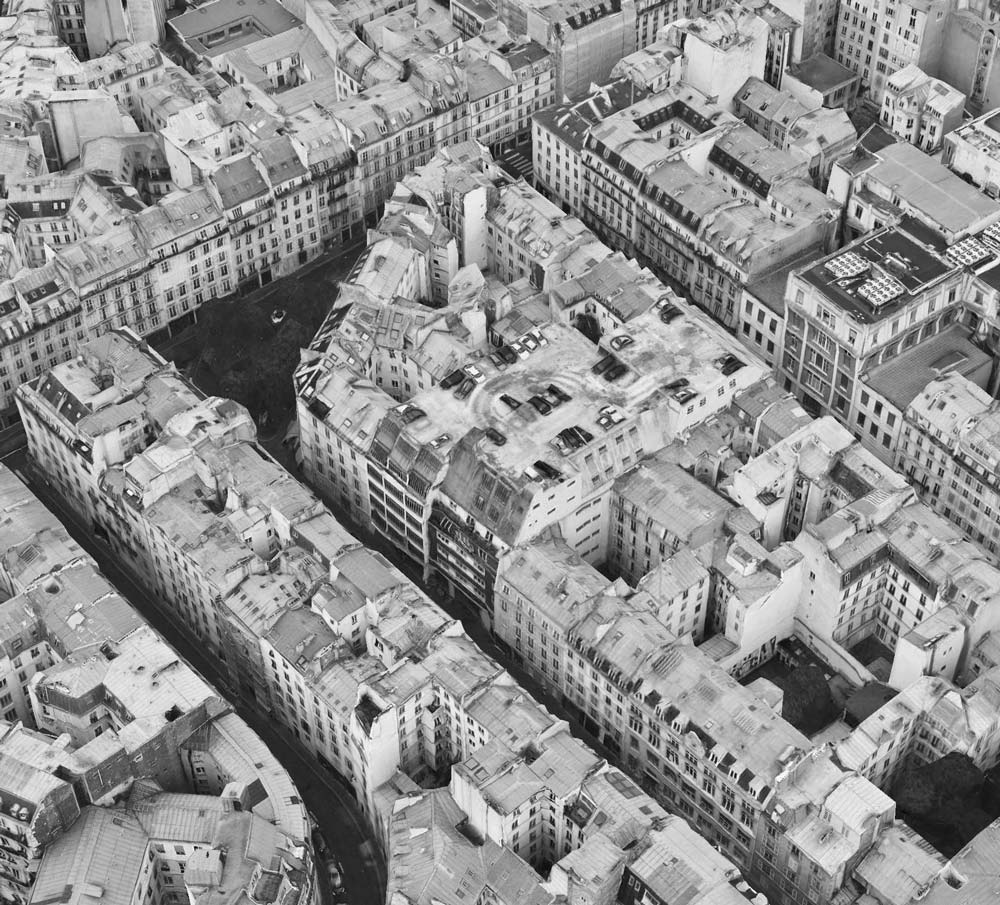 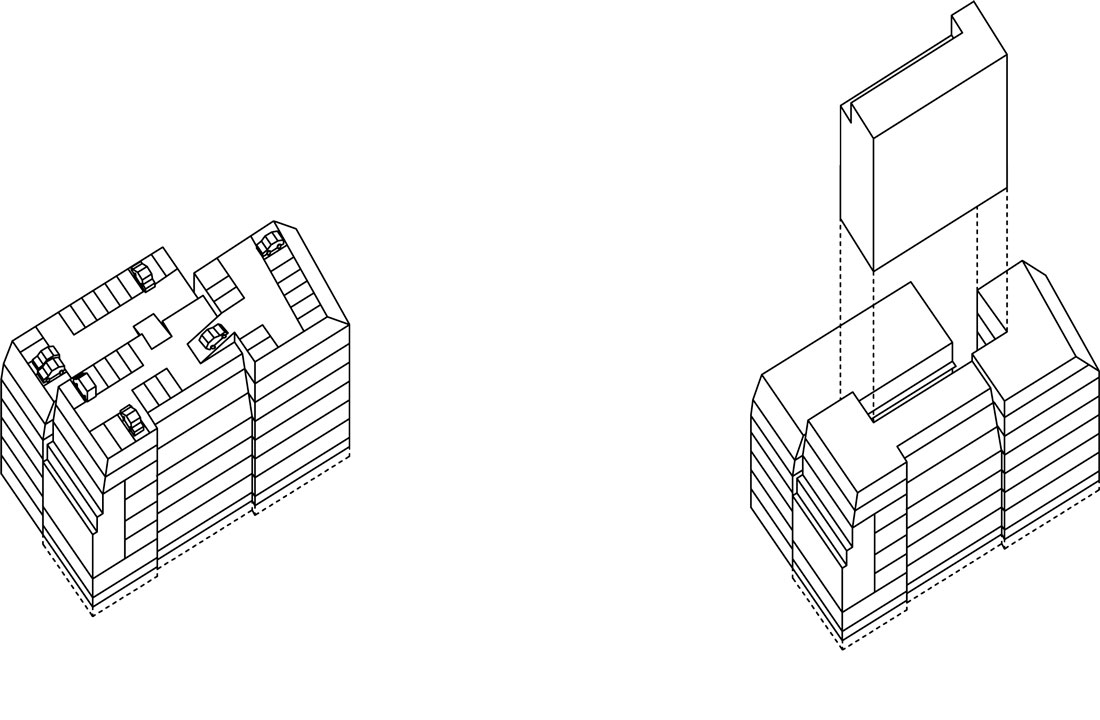 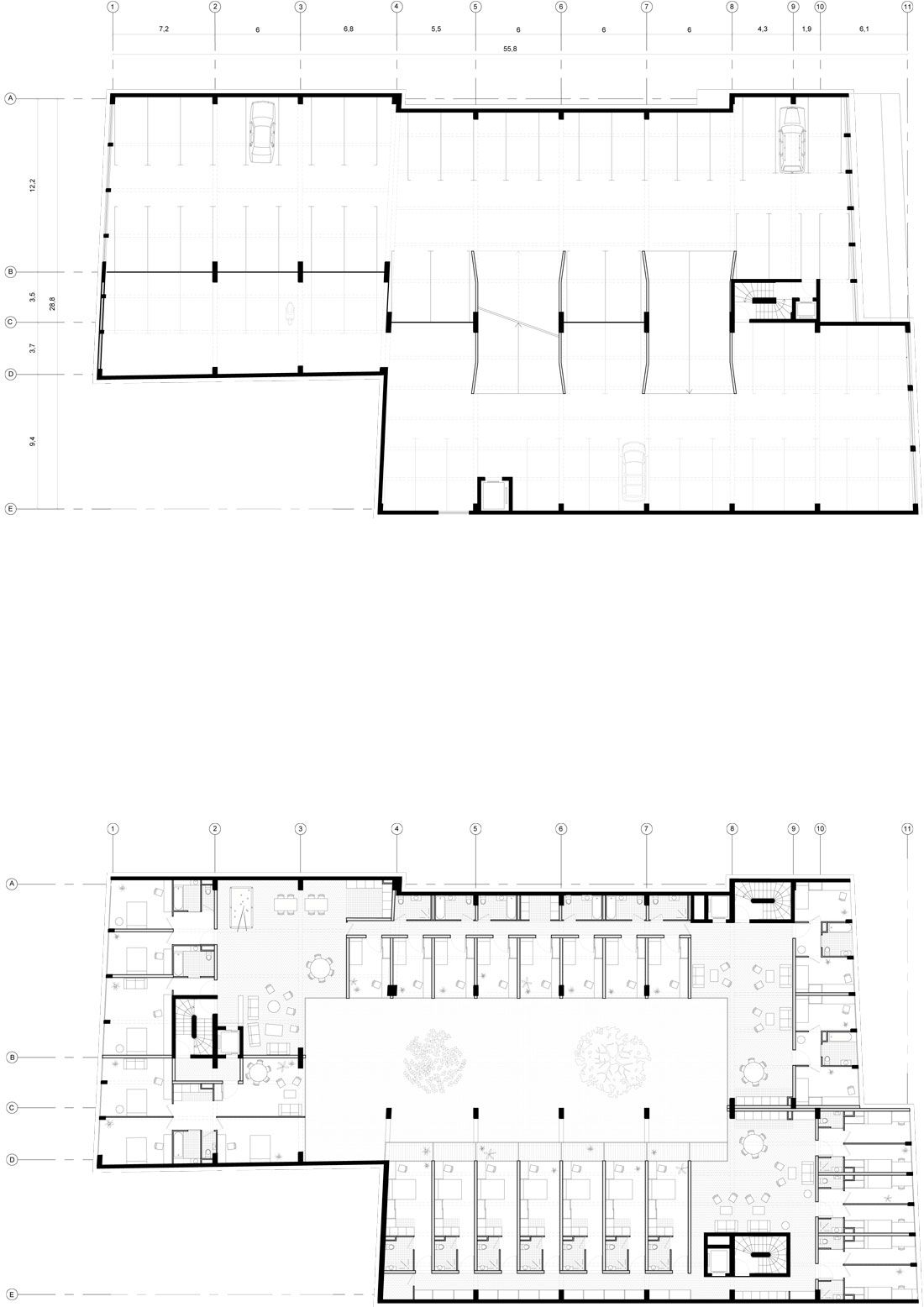 Before and After of Garage St-Georges.

Like a grid, parking structures have no real hierarchy between their parts. They present a neutral surface derived from the efficiency and repetitiveness of the elements used in their construction systems.

Once the original function is challenged, they become a kind of irreducible primary skeleton, an archetype built with implacable constructive and formal radicalism, and with a certain aesthetic dimension.

“One day, we will tour the car parks of our cities not for their car collections, but for themselves, for their great structural qualities, for their religious mystery. Many paintings were done of huge churches devoid of ornamentation, after the Reformation. We may already be on the threshold of a new anthropological adventure. It’s not the century of the car that is coming to an end, it’s a new aesthetic adventure that is beginning. What will we remember about having been modern?”

Finally, the great quality of these buildings for automobiles, their main virtue as architecture without content, it is their lack of program, their neutral and generic character which makes it possible for us to apprehend them as open structures, capable of acting as a possible, even ideal “container” for programmatic indecision and the permanent evolution of uses. In line with the City of Paris’s goal of carbon neutrality by 2050, it seems pertinent today to question the current state and future of these existing buildings that have a high potential for reuse.