The Nubuke Foundation, founded in 2007, with locations in Accra and Wa, has a wide range of programs supporting the arts, culture, and heritage of Ghana. The East Legon (Accra) grounds are defined by a large variety of day and evening programs that cater to many audiences spanning networks in the city, country and region. The design of Nubuke Extended resolves this programmatic layering through a generosity and specificity of spaces. 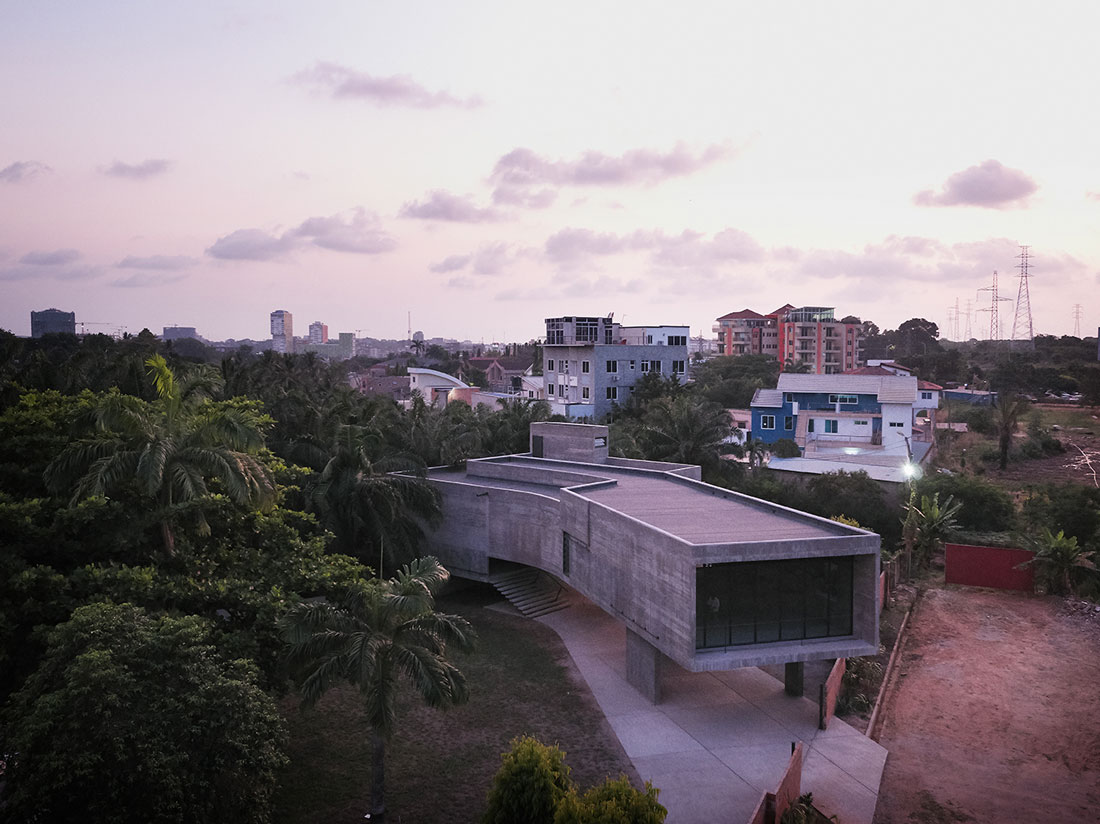 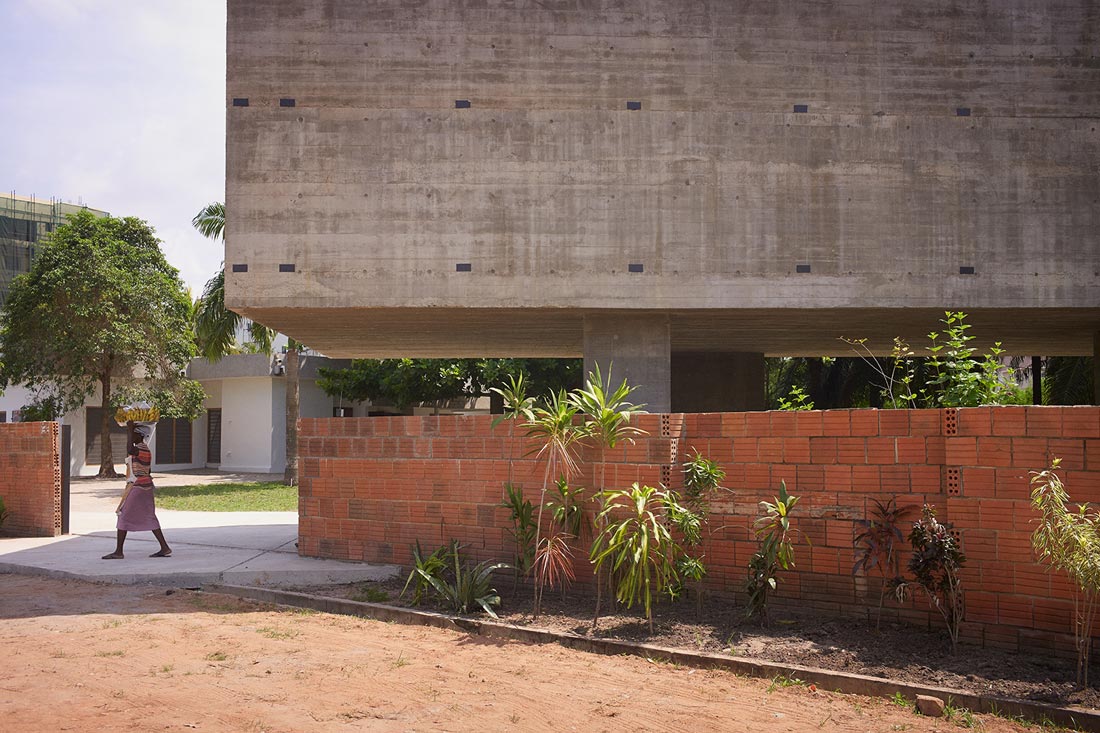 Green spaces and openness have been a driving design focus, as well as simplicity, which allows the spaces to become hosts to a variety of scenarios. Large gatherings for music events or festivities may spread underneath the new building, while on quieter afternoons, children may move on to the stage platform to read books from the library shaded by palm trees, and cultural producers may sit and co-work with others in the bungalow’s main space, the Nubuke lounge.

Nubuke Extended completes and reorients the Nubuke property, making it into a cultural and civic hub in the expanding metropolitan area of Accra and connecting it to a growing network of cultural spaces in Ghana. 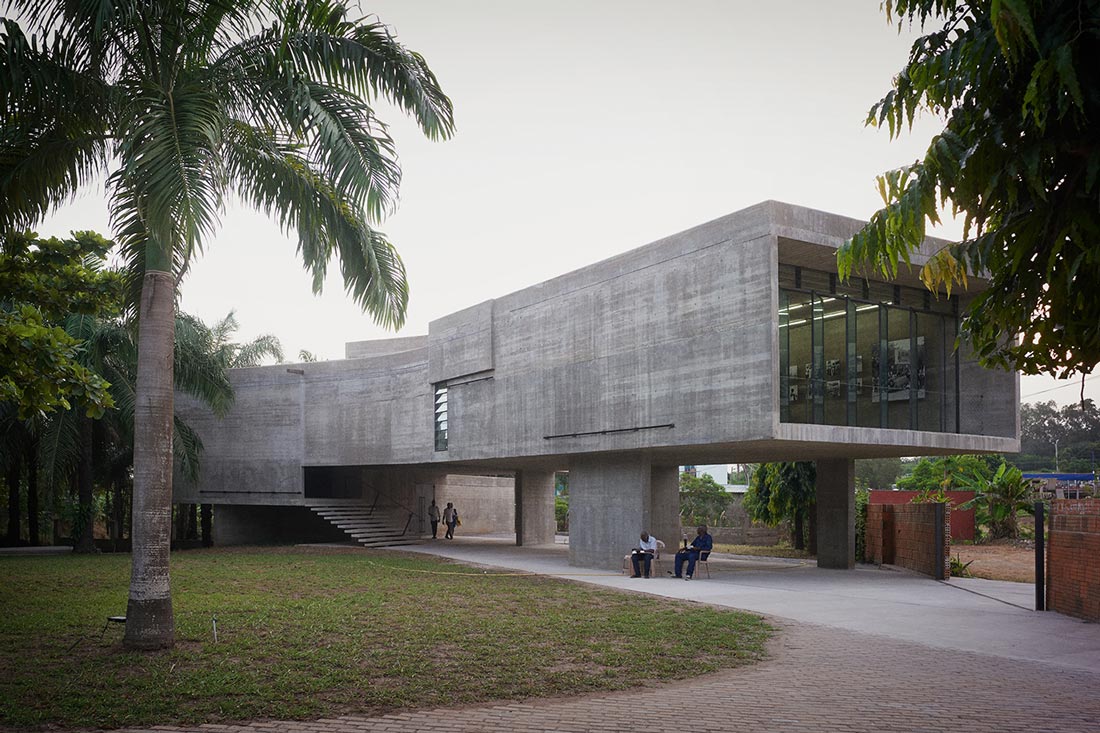 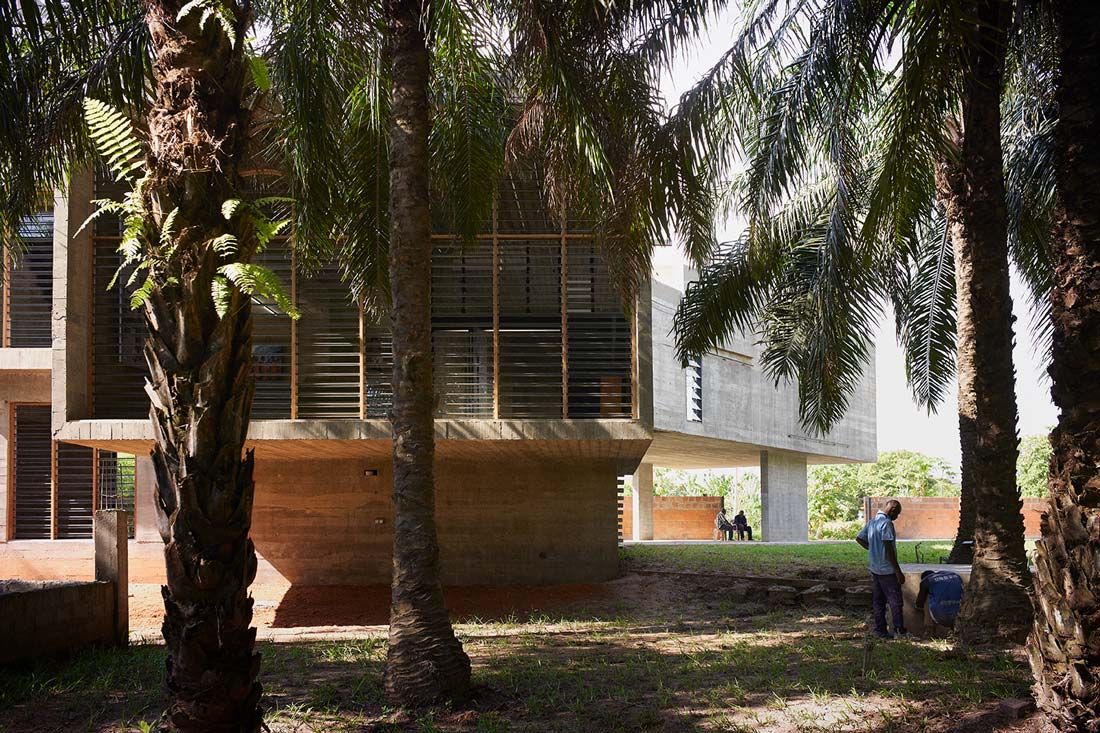 Existing structures on the grounds have been refurbished, relocated or adapted to meet Nubuke’s aims. The main bungalow, which up until now housed all functions in one building, has been opened up, resulting in a creative co-working environment within a spacious setting, and additional structures have been designed to support the multi-programmed environment. 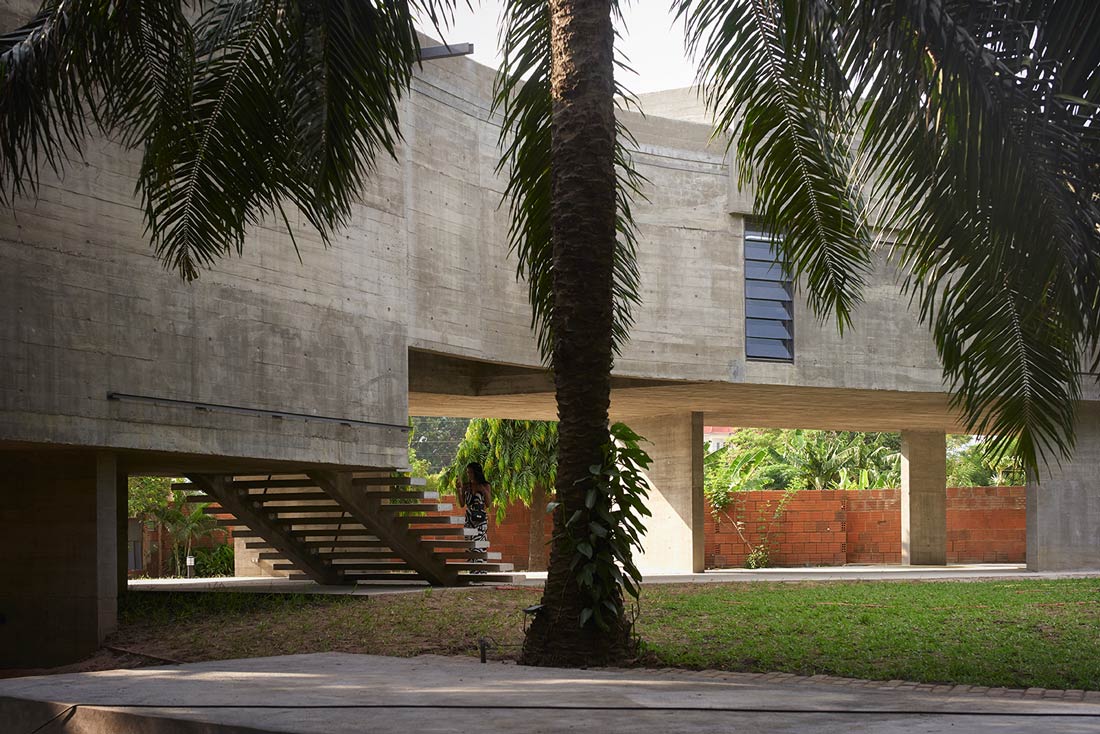 A new building hovers above the existing garden and frames a central green area, with Nubuke’s Indian almond tree at its center. It serves as a landmark that responds to both immediate and urban contexts. The massing strategy for the new gallery building is aimed at creating spatial situations that are open for artists, curators, visitors, citizens and children to engage with, while acting as a unifying character for the ensemble of buildings and landscapes on the terrain. 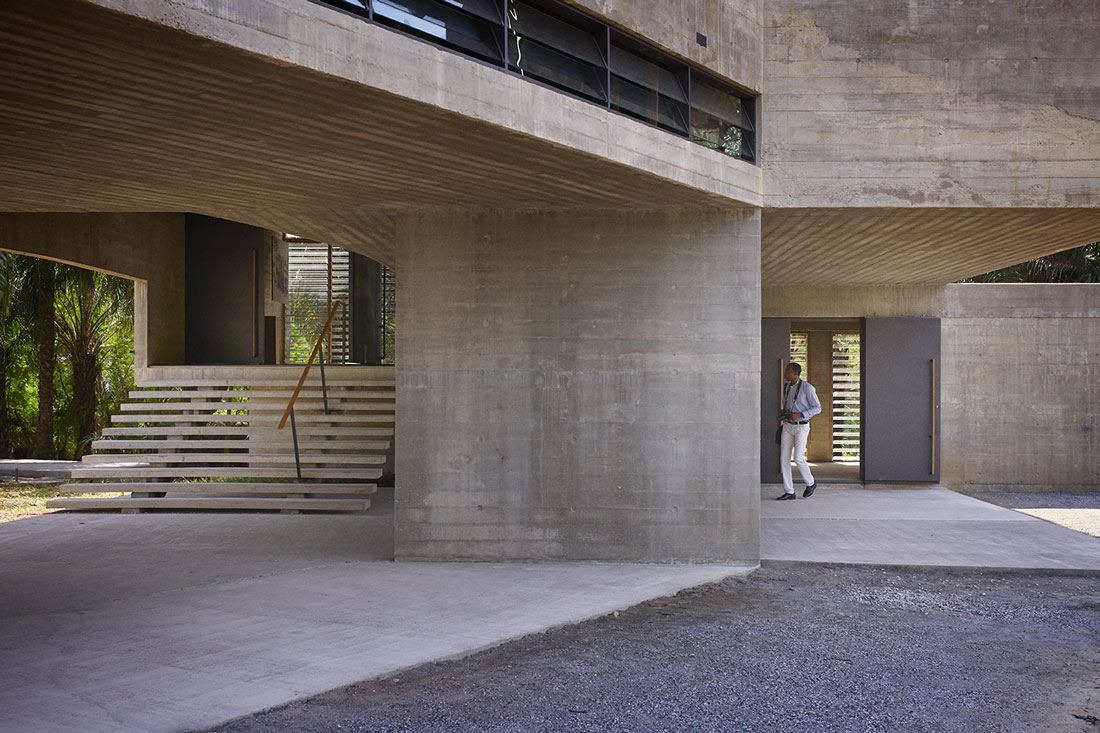 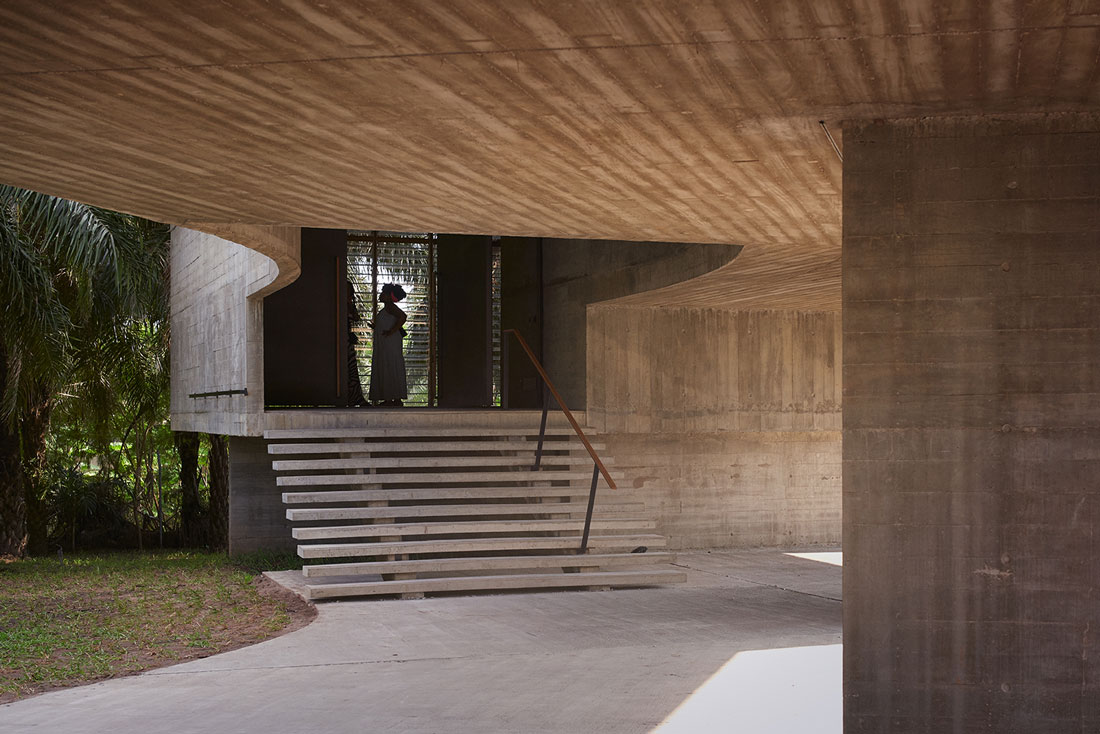 The new gallery, a split-level, one-room building with high ceilings, no columns and exposed concrete walls creates space for site-specific works of art and performances that characterize developments in Ghana’s and West Africa’s art world. Modulations in the floor, formed through a mezzanine, the height of the ceilings, and the walls create a variety of spaces that allow both intimate and expansive scenarios for exhibitions, performances and events. Uses of the space are supported by an integrated rail system that allows for the hanging of objects, artworks, panels and curtains throughout the space. 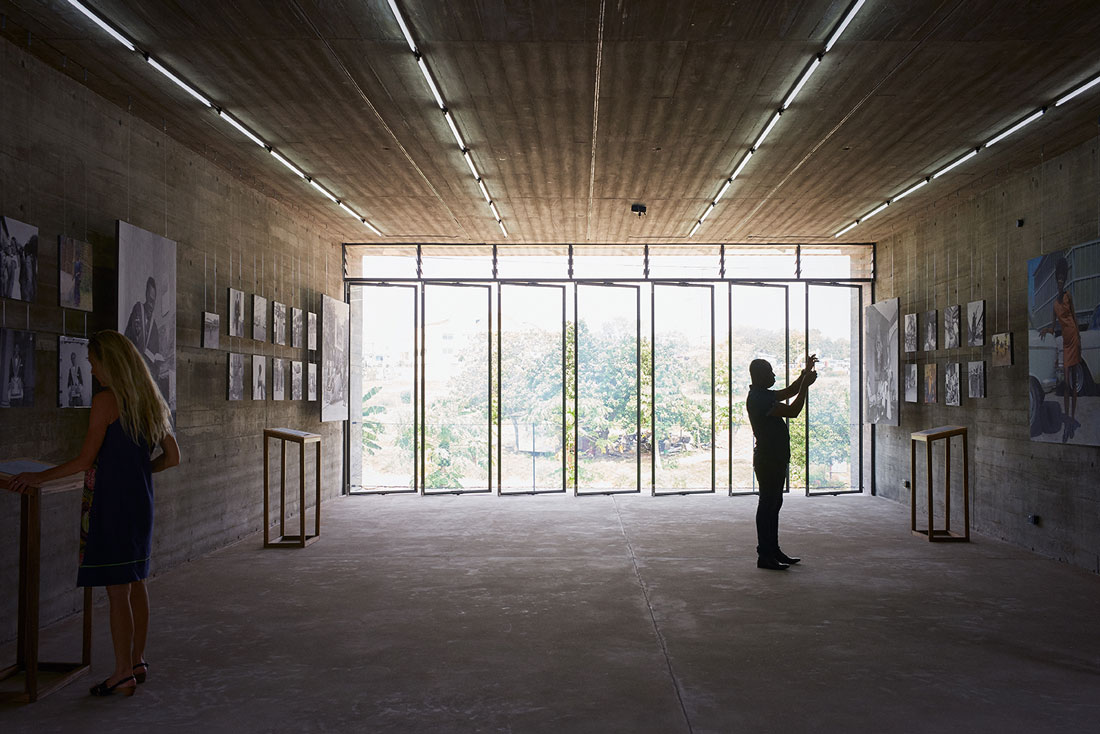 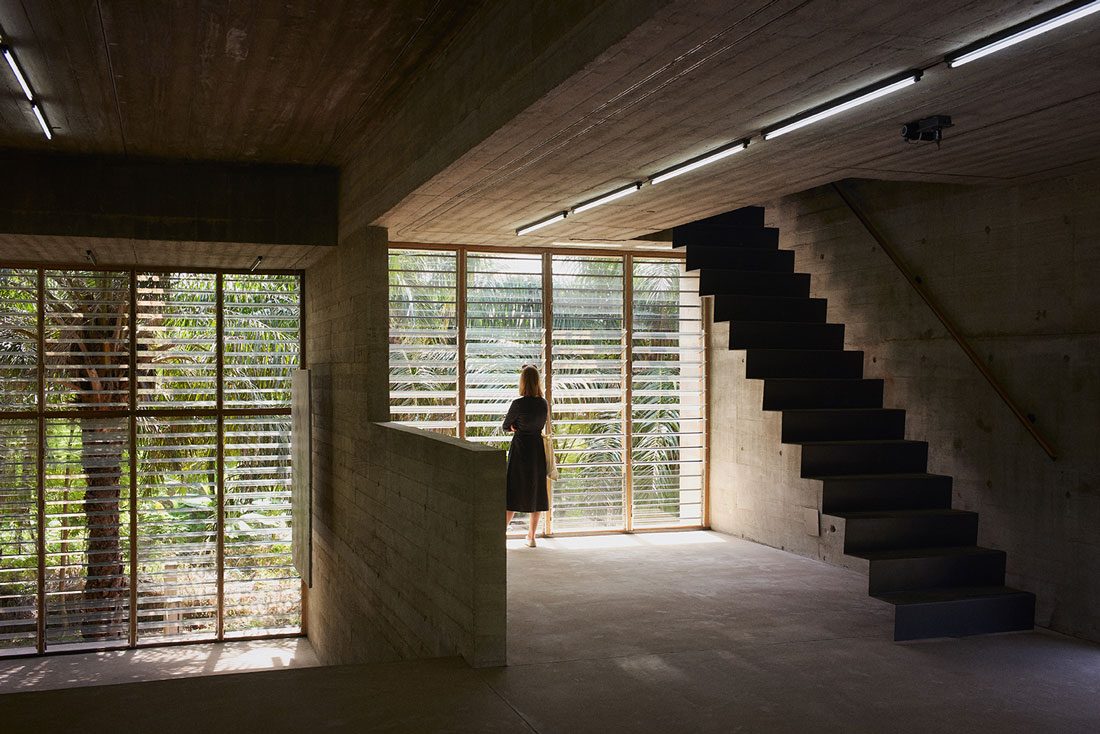 The monolithic materiality of exposed concrete and the reduced colorscape of the new gallery and campus create a backdrop for colorful exhibitions and activities to take place in and around the buildings. Nubuke Extended was designed to be cosmopolitan in terms of character and ambition, inviting and provocative at the same time, for both local and regional programmatic scenarios. 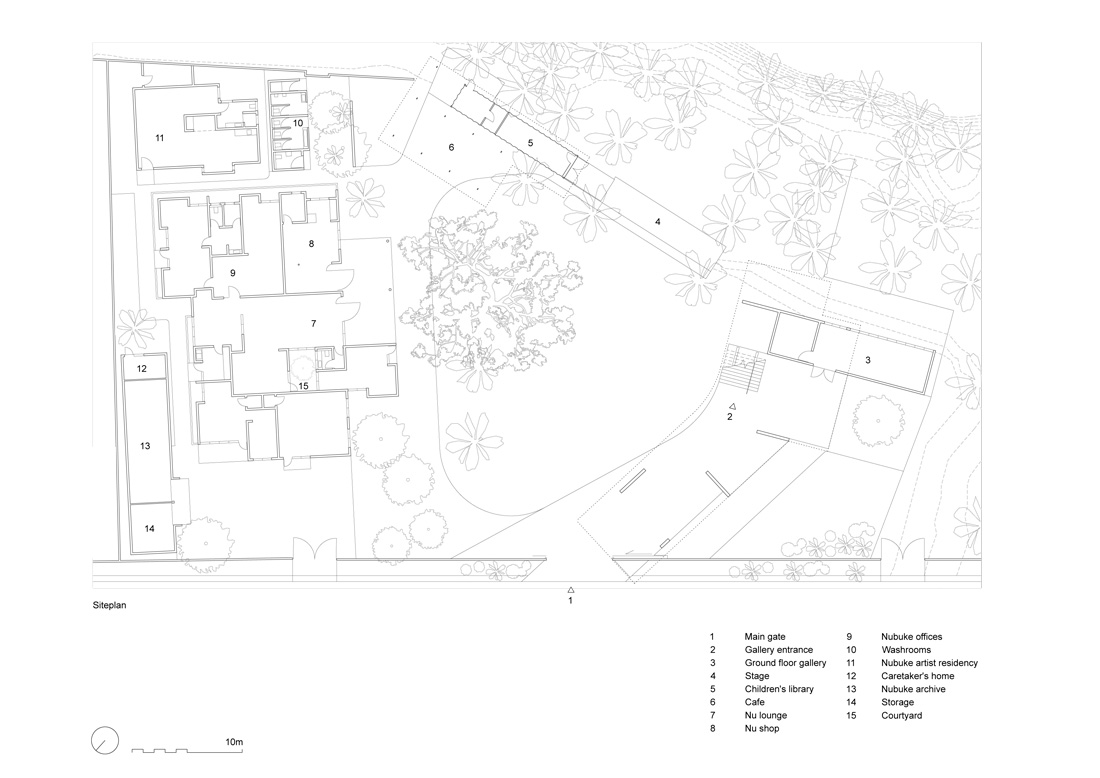 « Urbanism without Density
Industrial Clusterization Strategies in the Pearl River Delta Area: Reorganizing the Production of the PRP in Zengcheng NTDZ »