The Nantou Old Town in the city center of Shenzhen, China was founded as a city over 1,700 years ago starting from the Jin Dynasty. In the past century, the ancient town has gradually vanished, as the village was constantly expanding. The exacerbation of urbanization in Shenzhen has resulted in an intertwined layering with a complex pattern: the historical town is embedded in the urban village, which is again encircled by the city –“village in city, city in village”. 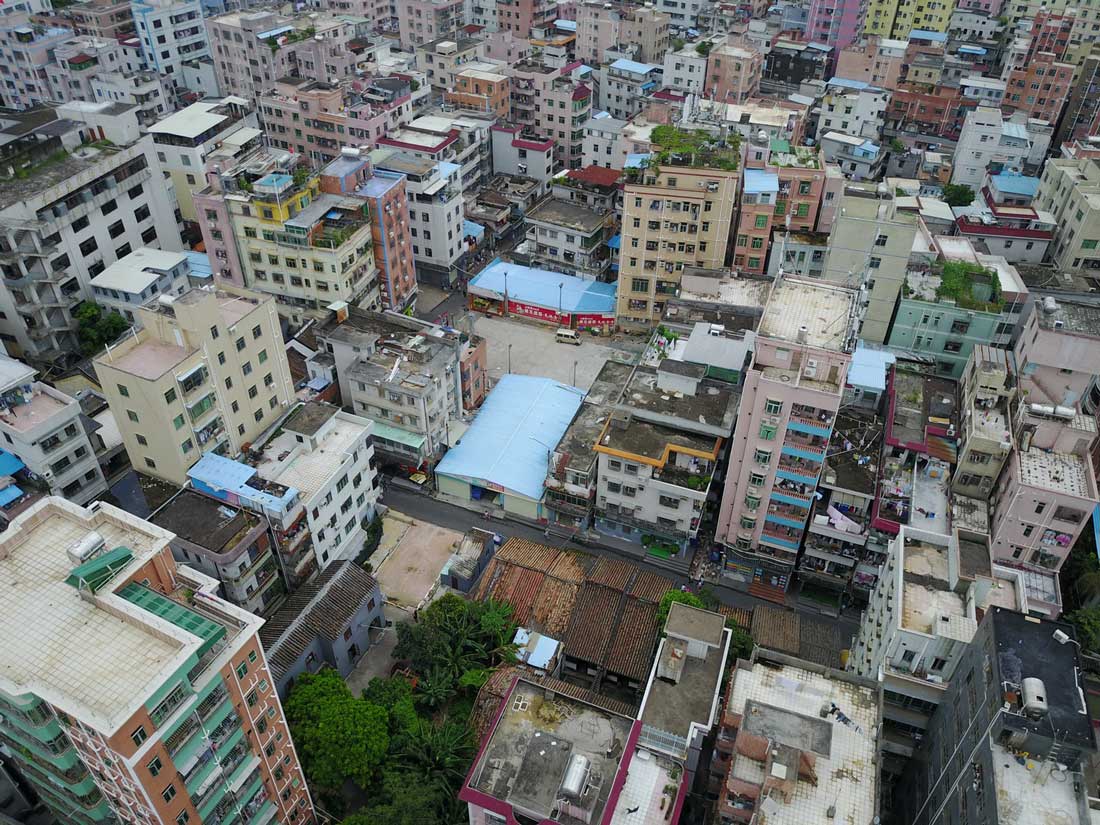 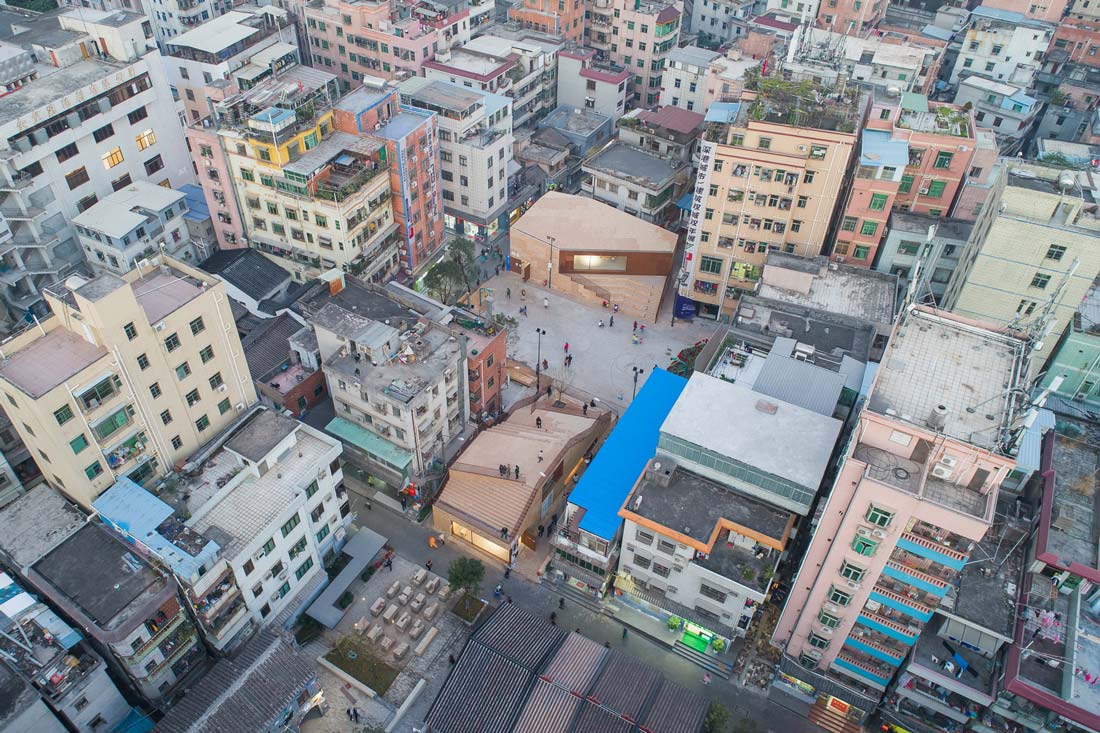 At the beginning of 2016, the design and research team of Urbanus got involved in the Nantou Preservation and Regeneration Project and concluded that only by respecting the authenticity of the history and cherishing the cultural layers and historical traces of each period of time can we shape a timelessly dynamic urban community rooted in local history and culture. We see today’s Nantou not as an old historic town in the traditional sense, but as a historical heritage town, which carries on the history and culture of nearly 2,000 years, and which preserves the spatial, social and cultural heritage of Shenzhen across every historical period. It is the only precious sample of Shenzhen’s urban culture that displays the millenary cultural heritage alongside all the particularities of China’s rapid urbanization over the last three decades. 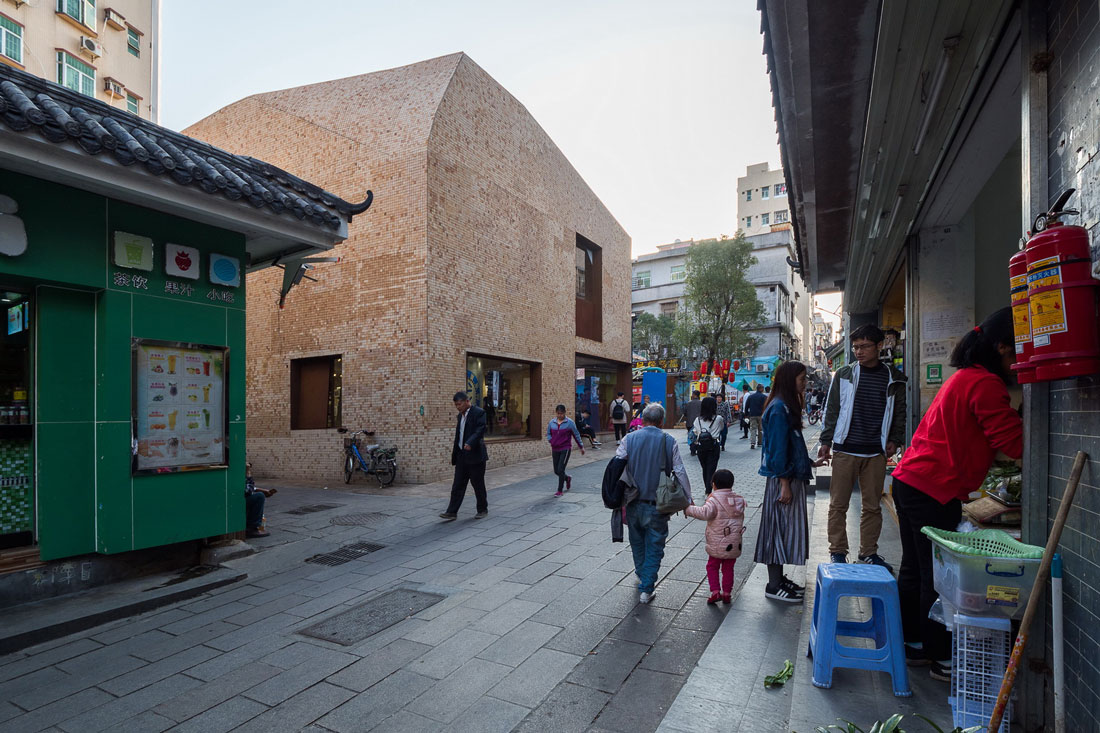 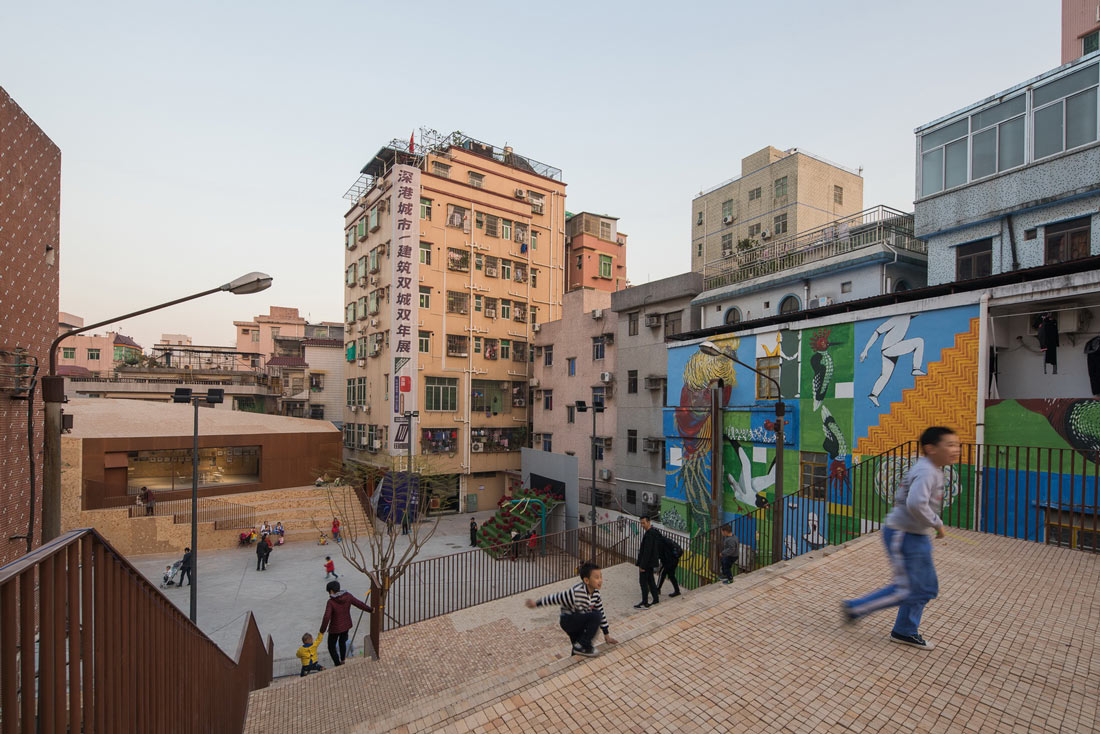 Based on the preliminary study of Nantou, Urbanus proposed a development model to promote the rejuvenation of the ancient city with cultural activities, according to a gradual activation from point to surface. Later on, after sufficient field investigation, urban design and early research work, we came up with the idea to propose Nantou as the main venue for the 2017 UABB as part of the biennale venue selection process. 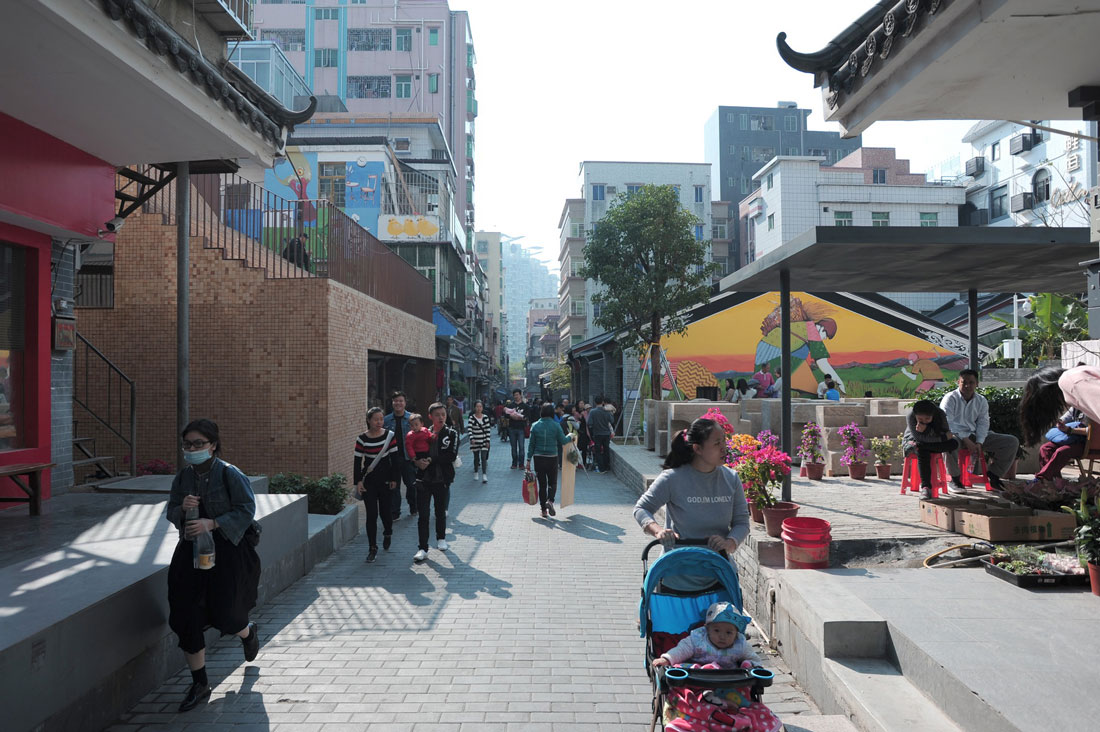 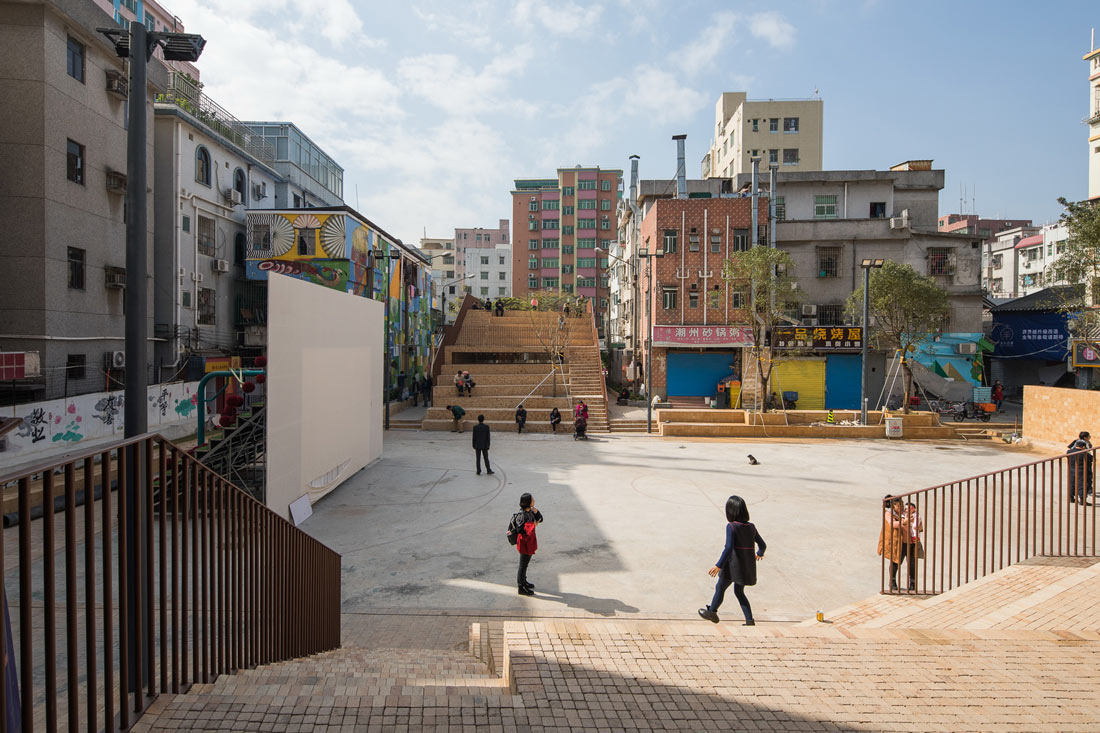 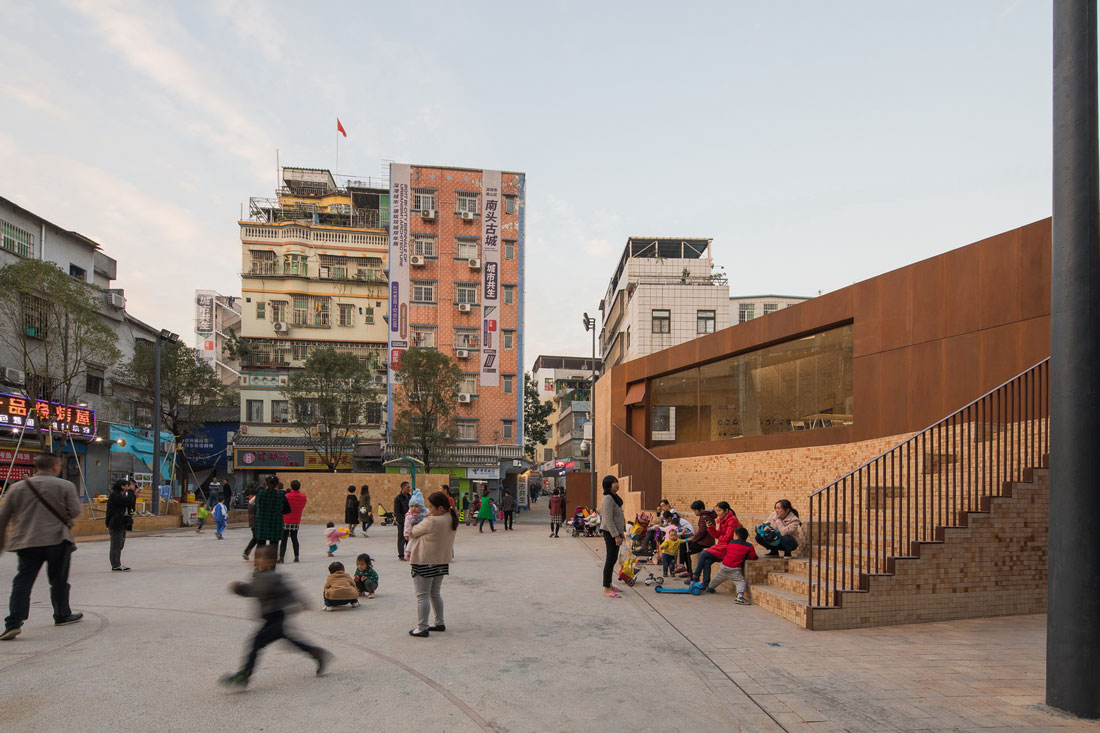 The theme of the Bi-City Biennale of Urbanism/Architecture (Shenzhen) (shortened to UABB) was “Cities, Grow in Difference”. Further field surveys and research into Nantou’s historical documents helped us find a narrative line that combined spatial renovation with the exhibition implementation. Following the urban design strategy of preservation and regeneration while locating exhibition spaces for UABB, we sought to reconstruct a public open space system which is very rare in Nantou. Serving as an exhibition route, this system consists of both architectural spaces and outdoor venues. The exhibition venues are in five zones from north to south, extending out toward the east and west: A. Factory Zone, B. Cross Road Zone, C. Southern Gate Zone, D. Historic Buildings Zone, and E. Chunjing Street Zone. The whole spatial narrative of the exhibition is based on seven interlocking themes –“Introduction, Elucidation, Transition, Conclusion, Agglomeration, Openness and Seclusion”, like the structure of Chinese literature or drama. The urban intervention of this UABB is highly consistent with the old town regeneration plan, making a smooth transition from one to the other.

During the renovation of the main venue, the design team selected a wide variety of spaces, including factory buildings, streets, squares, residential buildings, historical buildings, and parks. Through renovations focused on exhibition spaces for with organized events, we hope to create an alternative experimental opportunity for the regeneration of Nantou Old Town and the renovation of urban areas in general. Approaching the urban renewal process through an “urban organized exhibition” is a long-term strategy for the incremental improvement of urban spaces and the quality of urban life. 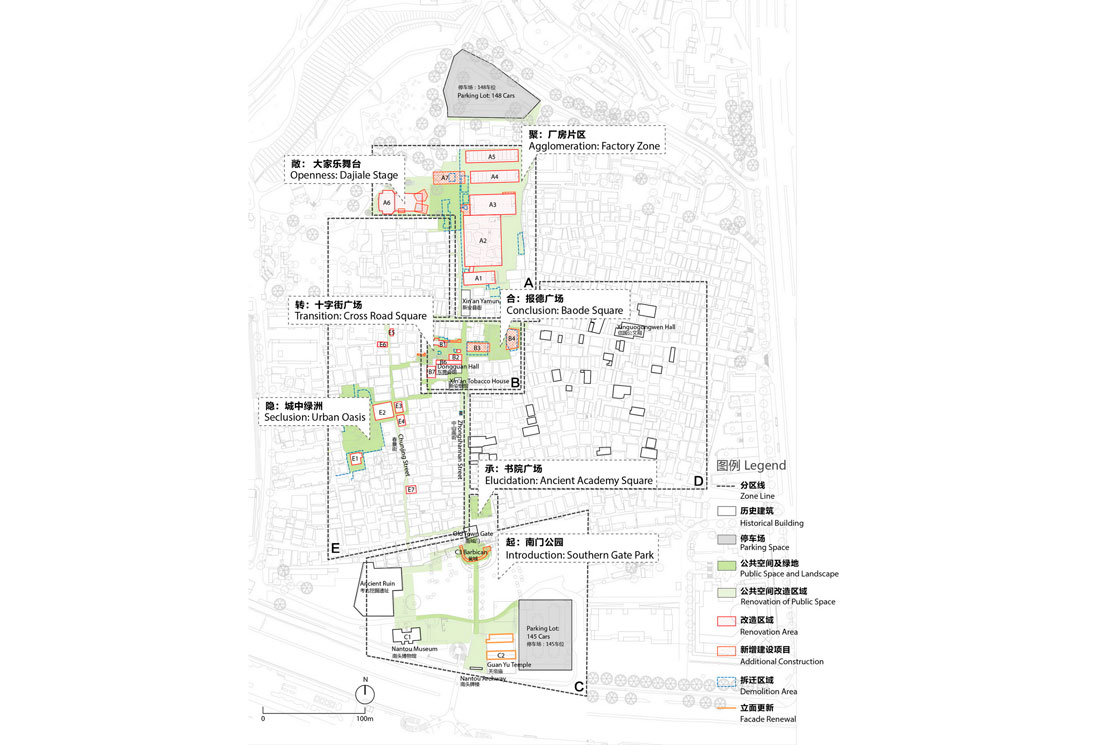 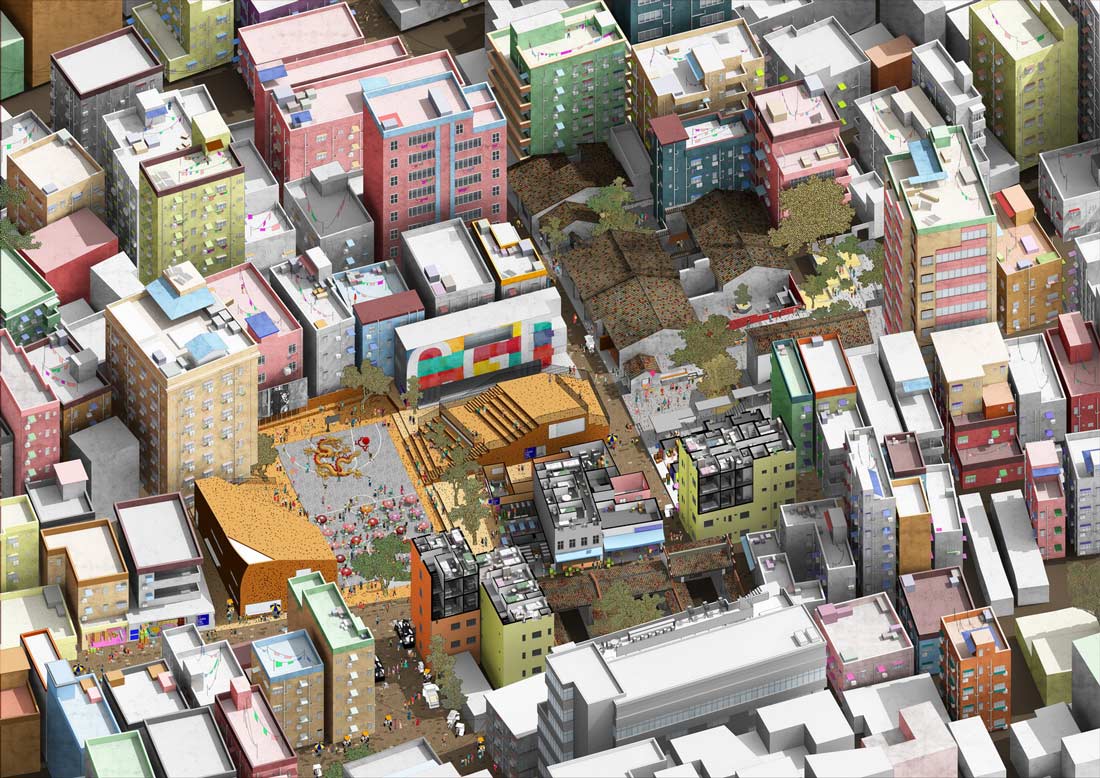 « Through Past and Present
Tower of Bricks: Connecting the Past and the Present of a Place »