The Element House is a guesthouse and visitor center for Star Axis, a land-art project located in the foothills 120 miles east of Albuquerque, New Mexico. The building acts as a gallery and guesthouse for visitors and as a prototype for off-the-grid housing. 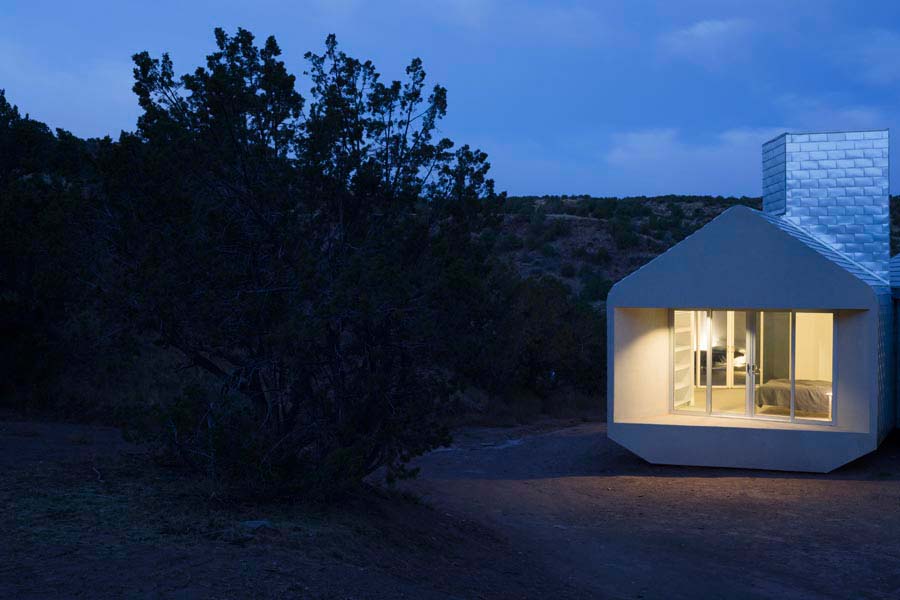 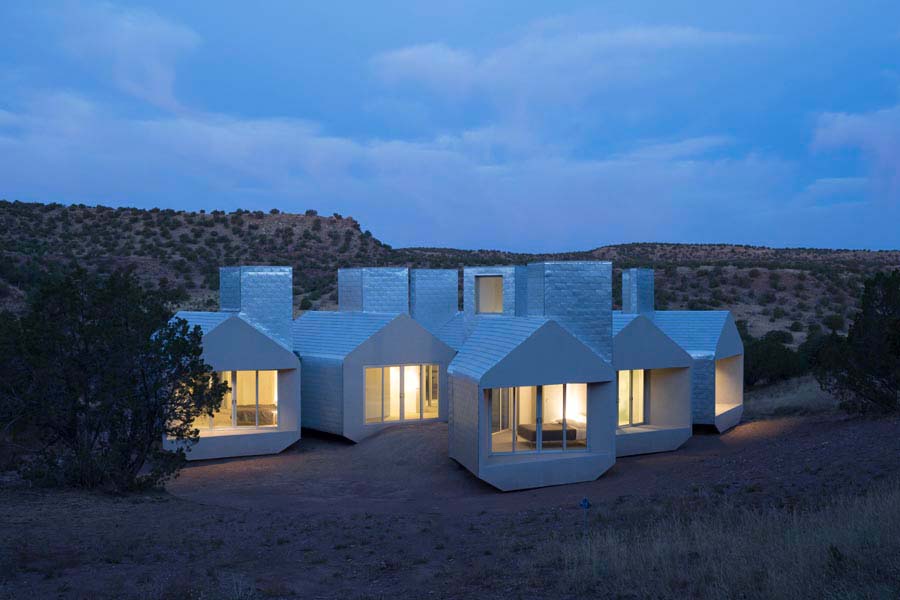 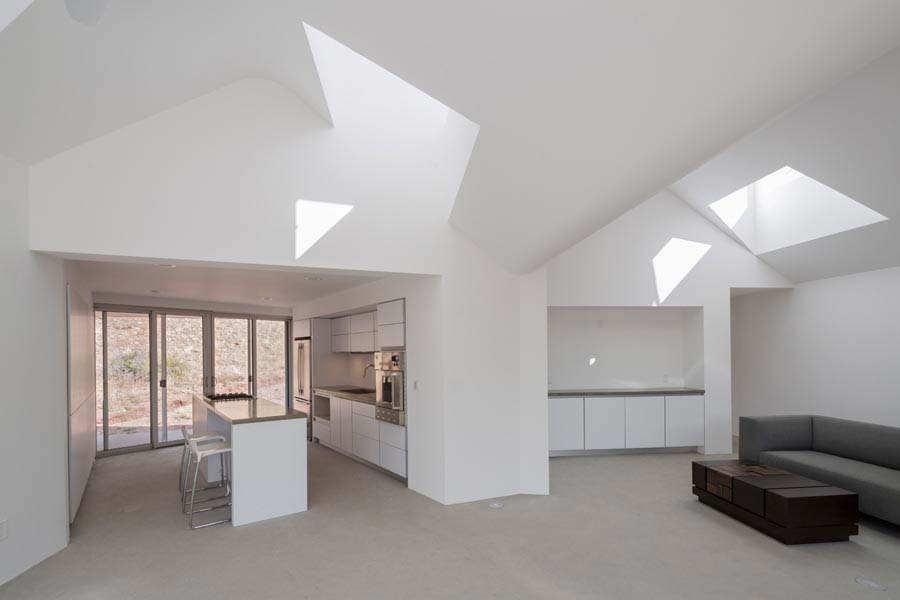 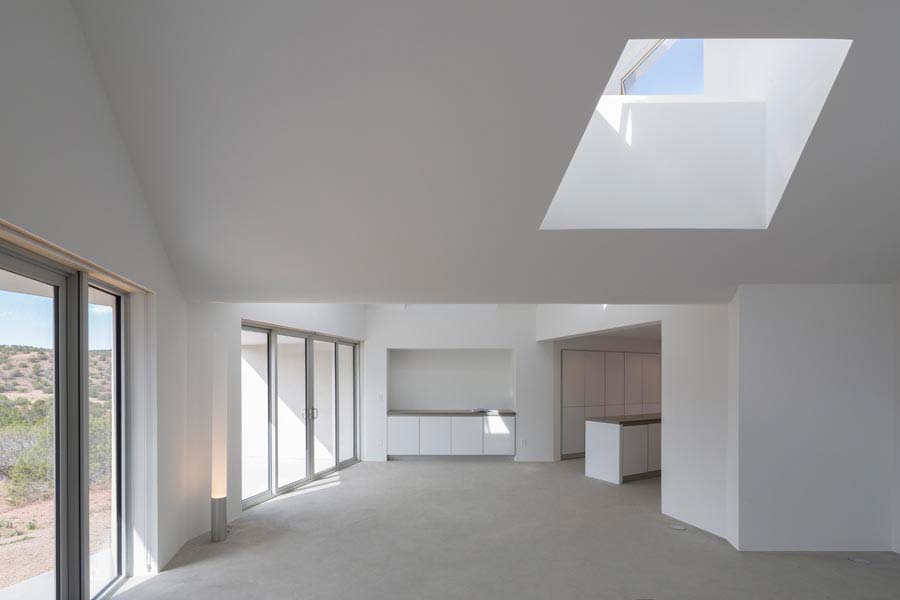 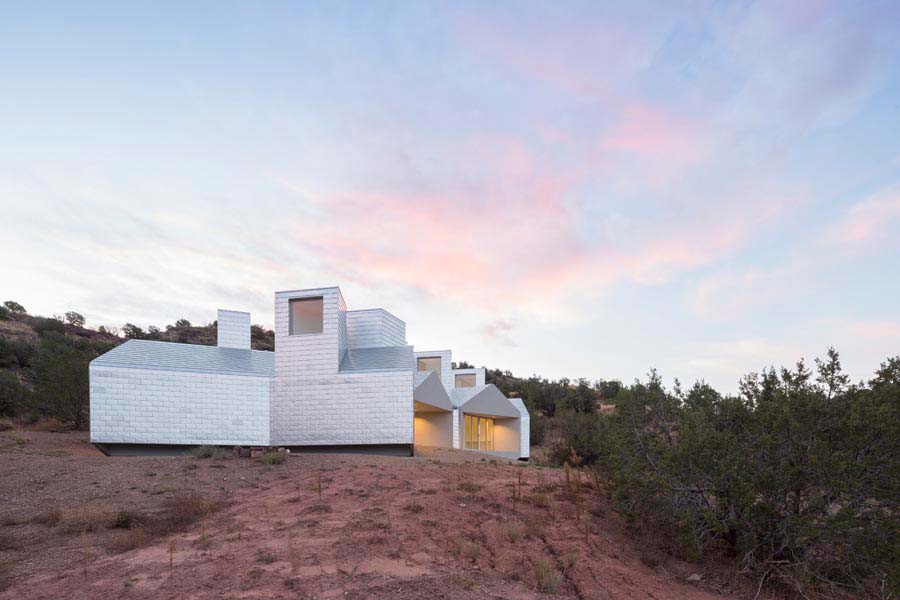 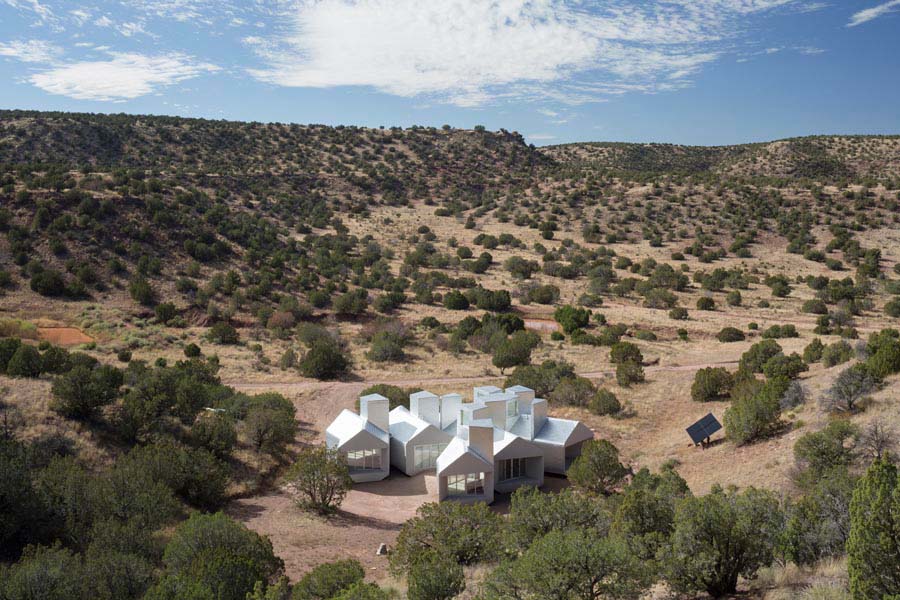 The Element House doesn’t have a front door. Constructed through an aggregation of prefabricated modules, the building can be accessed from all sides. A decentralized field of solar chimney clerestories perforates the interior to provide indirect, natural light and consistent ventilation. The building’s aluminum shingle skin acts as a heat sink, float-ing above a small airspace in order to redirect heat away from the interior, reducing the need for air-conditioning. Made up of structural insulated panels (SIPS), the Element House is designed according to Passivehaus standards and operates independently of public utilities by integrating passive systems and on-site energy generation. 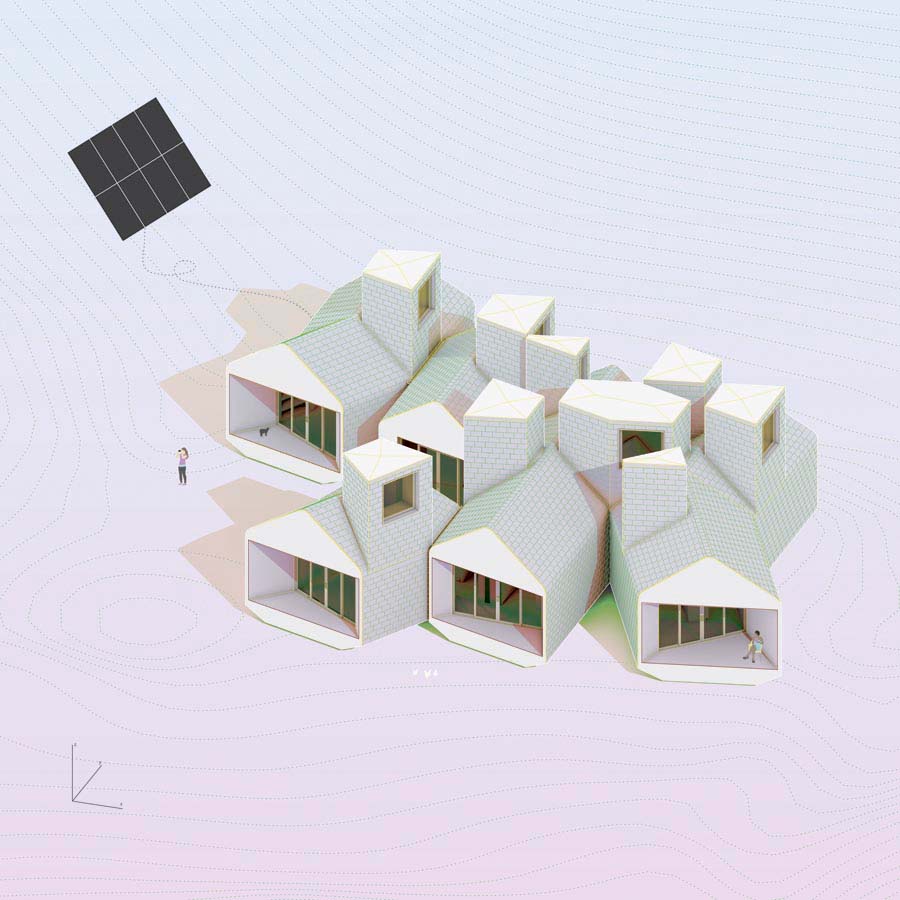 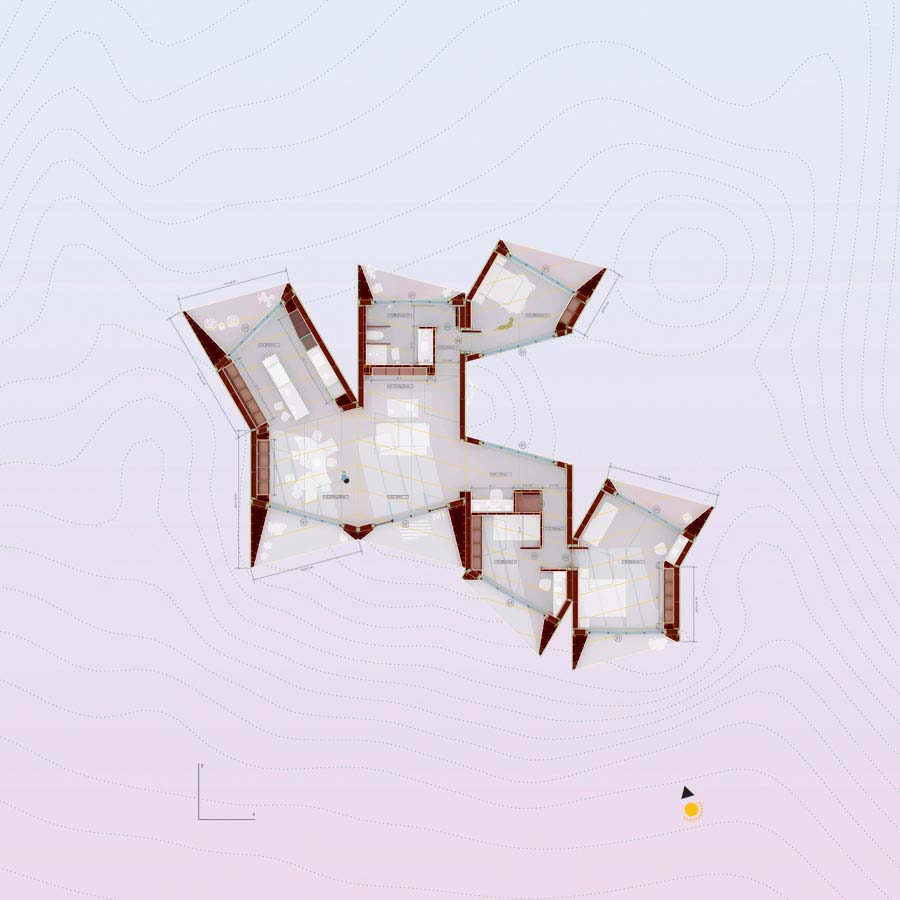 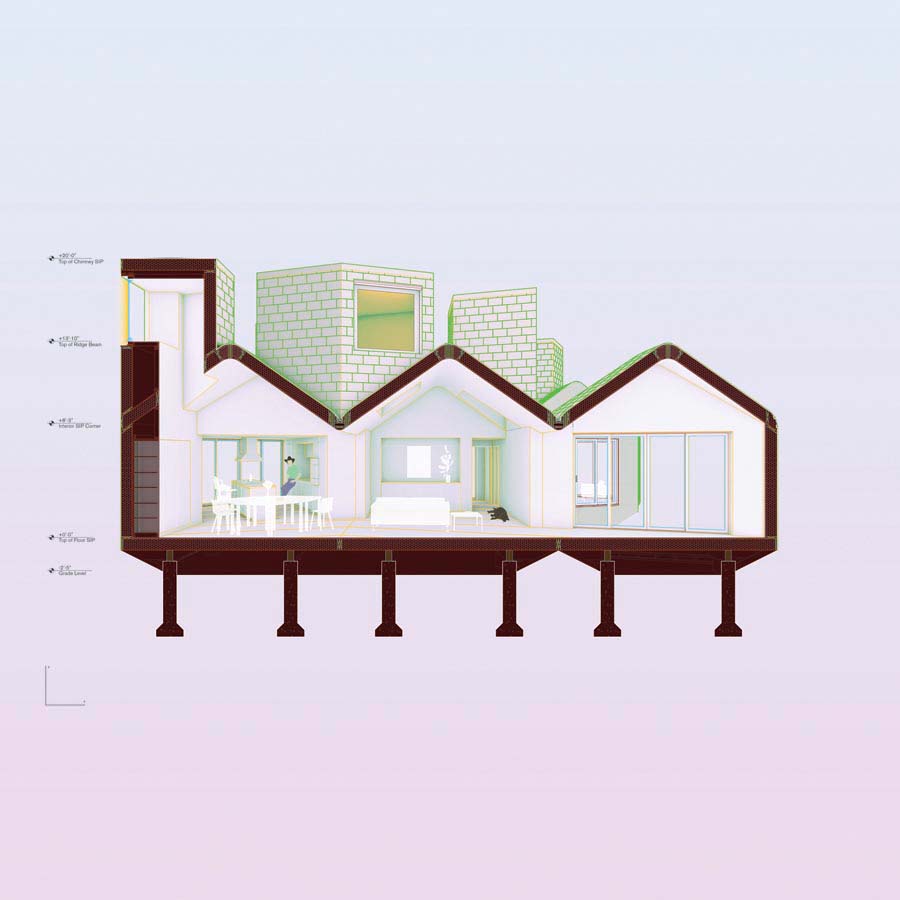 The drawings and models of Element House are included in the permanent collection of the Museum of Modern Art, and the project was recently awarded the 2015 Award of Merit from the New York State AIA.