A project by CRA-Carlo Ratti Associati with MIC-Mobility in Chain.

International design and innovation office CRA-Carlo Ratti Associati, in partnership with Mobility in Chain (MIC), has unveiled a new vision for the waterfront of Lugano, Switzerland. The proposed plan envisions a new system of spaces for public enjoyment, featuring a floating garden island connected by a new water navigation system and reconfigurable roads capable of responding to people in real time. The project aims to increase the number of connections between the city and lake by overhauling the main traffic artery cutting through Lugano’s shore. 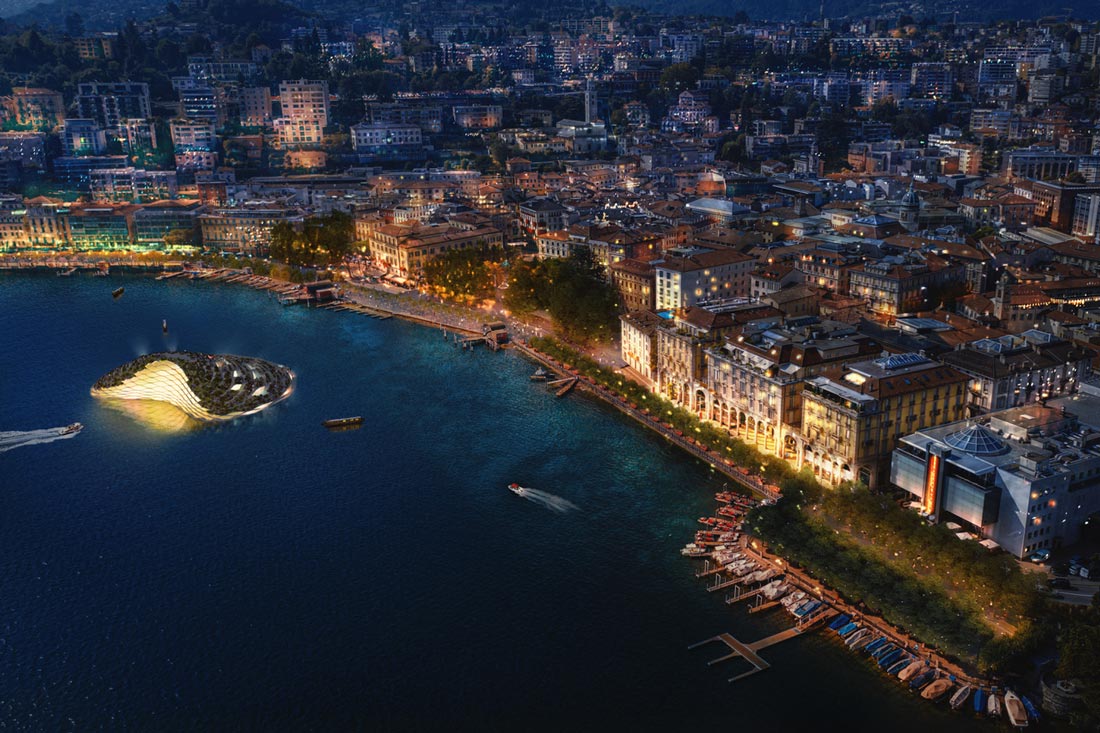 The vision addresses the present disconnection between Lugano and its lake. The congested waterfront will become partly pedestrianized, with the addition of a dynamic road system which can be configured with zero, one or two lanes at different times of the day, as well as shared surfaces with playgrounds and social gathering spaces. Electric autonomous vehicles and micro-mobility solutions will integrate private mobility into the new plan. The proposed dynamic waterfront also includes a system of smart signage, responsive street furniture, infrastructure that produces clean energy from heat absorption, and a series of mobility hubs where people can select their preferred shared mode of transport. 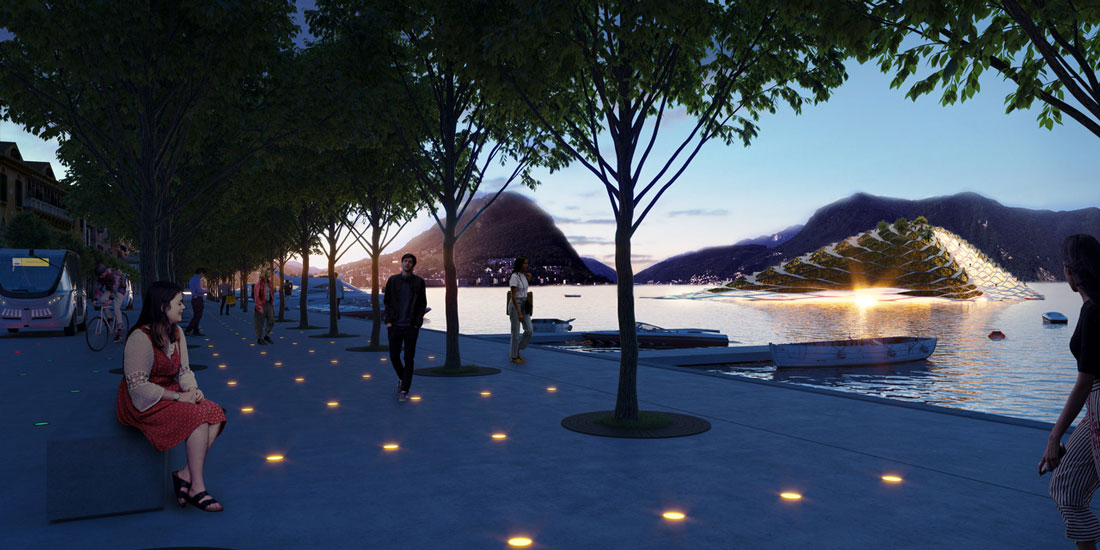 “Lugano is committed to redesigning the lakefront and the city center for the future citizens, focusing on a growing attention to dynamic public spaces, the coexistence of different mobility vectors, the development of green areas, the role of the water in city life, the impact of the landscape, and much more,” says Marco Borradori, Mayor of Lugano. “The path began in 2018, when the Municipality went public with its vision and objectives, identifying innovation as one of the key points for urban development. The next step will hopefully be an open competition to create a new master plan for the city of tomorrow. Our wish is for this vision to take the form of a realized project soon.” 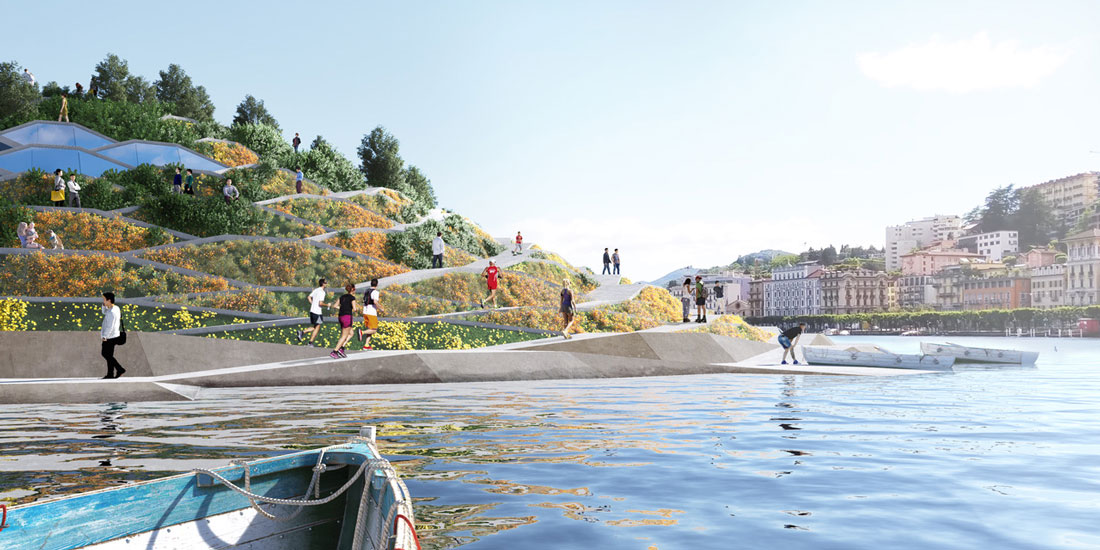 “Lugano’s distinctive waterfront, nestled between the Swiss Alps and the glacial lake, is an opportunity to create a responsive edge for the city, experimenting with novel ways of blending nature and urban space,” says Carlo Ratti, founding partner at CRA and director of the Senseable City Lab at the Massachusetts Institute of Technology. 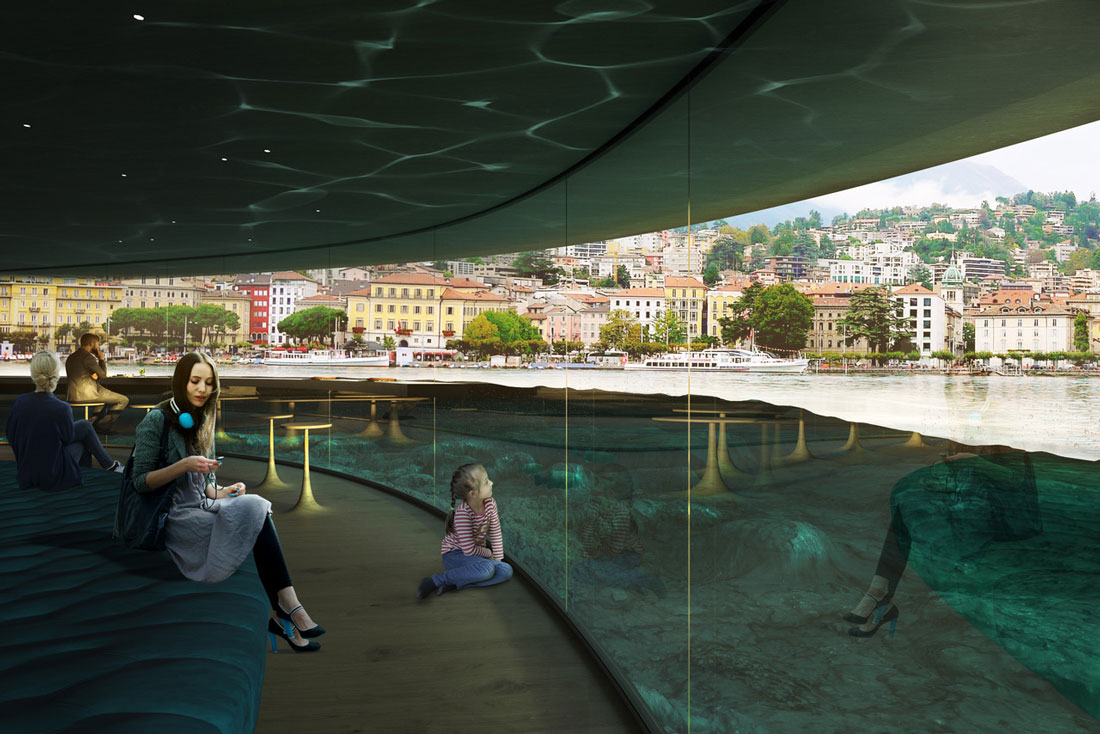 “By analyzing mobile and traffic data and backing up the mobility concept’s definition with a model-based scientific approach, we supported CRA’s urban vision of transforming the fracture of today’s lakefront vehicular axis into a responsive space, hosting new mobility solutions and enabling the waterfront to adjust dynamically to the vibrant ecosystem of Lugano,” says Federico Parolotto, Senior Partner at MIC. 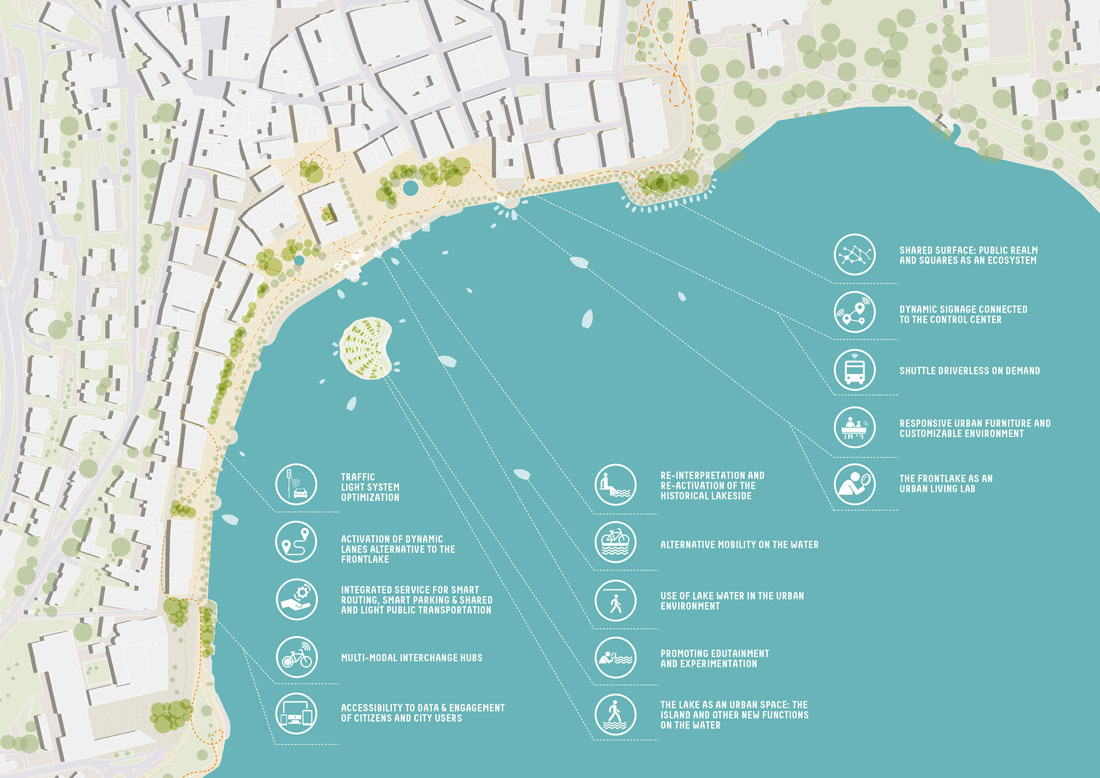 The focus of the intervention preserves the historical value of the lakefront, designed by Pasquale Lucchini in 1863, and envisions it as a transition zone between the city and the water. Among the proposed interventions, the vision plan outlines ways to physically connect Lugano and its lake – allowing the town to stretch out onto the lake thanks to a newly created floating island accessible to the public. The rotating island would be connected to the city by a series of boardwalks, and it would host a series of public spaces, including a garden to preserve the biodiversity of Lake Lugano.

The vision plan for Lugano continues CRA’s research into reconfigurable urban spaces that leverage new technologies to respond to people’s needs in real time. Previous examples include MIND, the former site of Milan’s 2015 World Fair, reimagined by CRA as an “urban living lab” – a new type of public space with plazas, vegetable gardens, offices, research centers, university faculties, residences and cultural spaces that will be integrated alongside areas for urban agriculture and the world’s first neighborhood planned for autonomous mobility. In 2018, CRA also collaborated with Alphabet’s sister company Sidewalk Labs in Toronto to develop a prototype of a flexible paving system that allows for a greater degree of flexibility in how a street is used throughout the day. Furthermore, the vision plan for Lugano draws on research by the MIT Senseable City Lab on the urban impact of self-driving technology and shared mobility models.