Jumps of Scale to Understand the Place

The site is integrated into the multi-urban network of Paris, the Grande Couronne and major green spaces and infrastructure networks. The ZAC Clichy-Batignolles is perceived as a new landscape of connection, a wide-open urban door along the major arteries towards the historic city.

The site becomes an important urban platform, a node of interchange inserted into the larger system of Parisian relational spaces. It plays the role of transition between different scales, whether territorial, urban, environmental, social, cultural, and infrastructural. The ZAC thus acts as a mechanism for resonance and multi-district transfer. 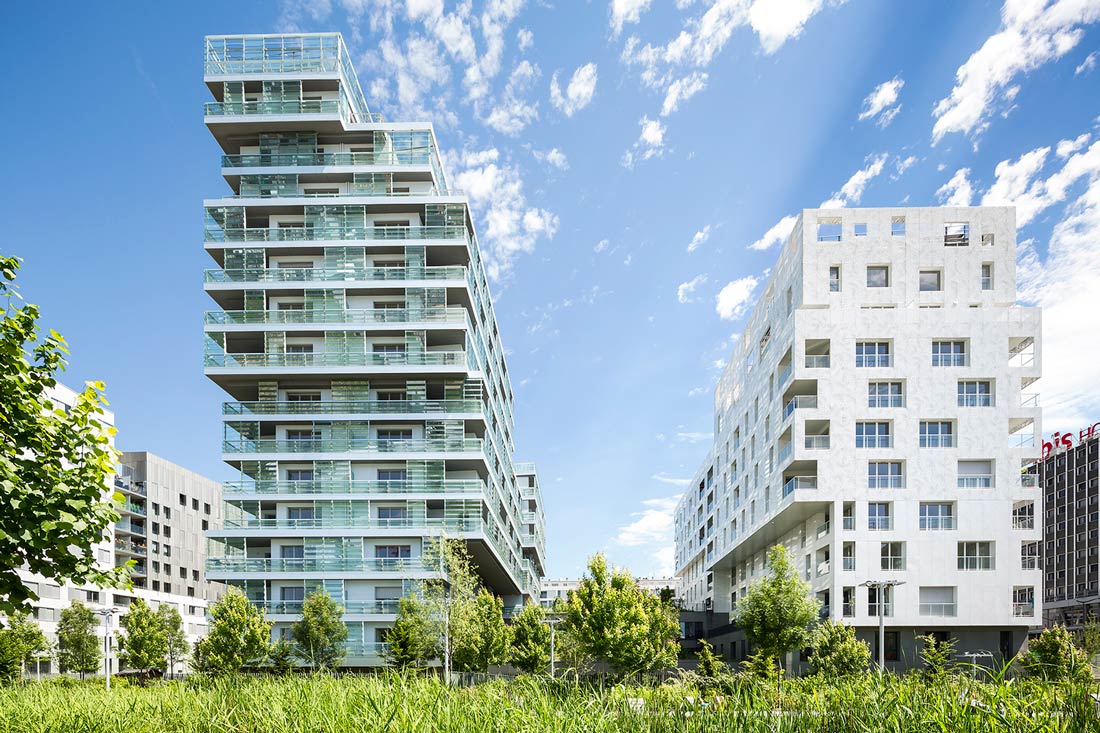 The ZAC Clichy-Batignolles and the Martin Luther King Park are situated in a large relational space, an interface of connection lines and urban relationships: power lines, flow lines, lines of connection and interaction.

Echoing the adjacent buildings, the project is integrated with a coherent and consistent elegance. 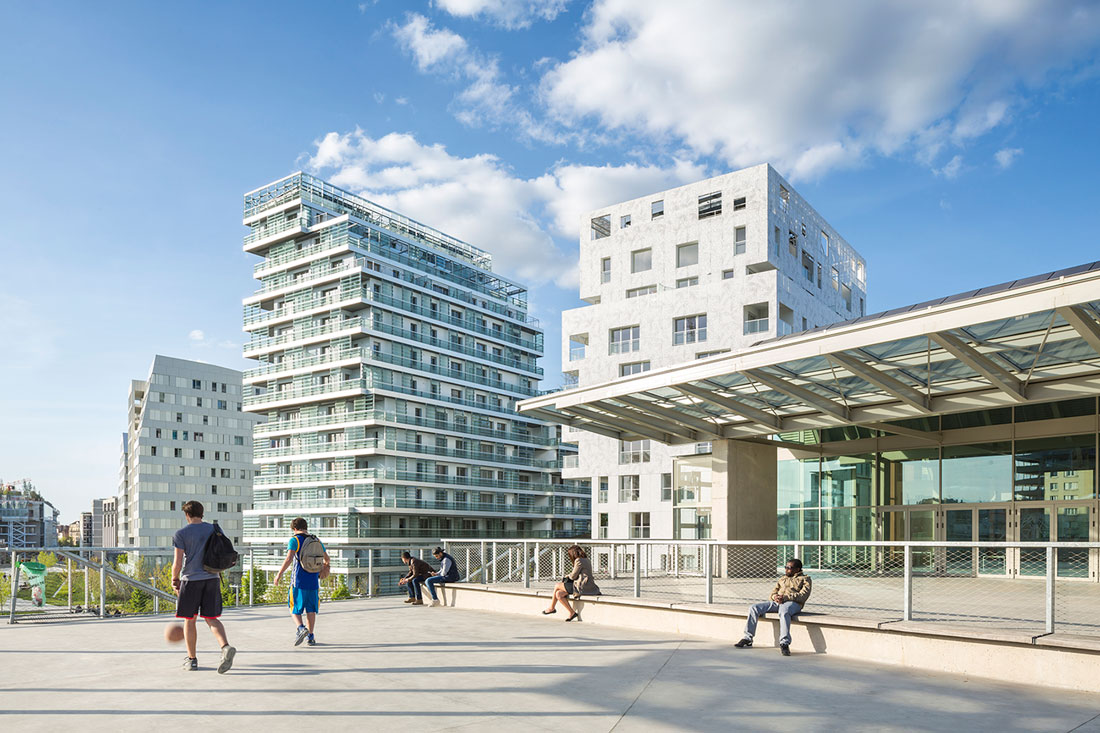 One of the fundamental characteristics of the project is the creation of an almost complete opening in the block, perpendicular to Martin Luther King Park. This opening acts as a true extension of the park, prolonging it into the heart of the block and bringing it out to the street and beyond, as far as the E9 lot.

Thus, nothing obstructs the view from the park to the lot and vice versa. The school complex and other residences also benefit from the relatively clear views over the park.

Furthermore, greater transparency has been sought at the ground level of the project, completing the idea of a maximal link from the park to the street. 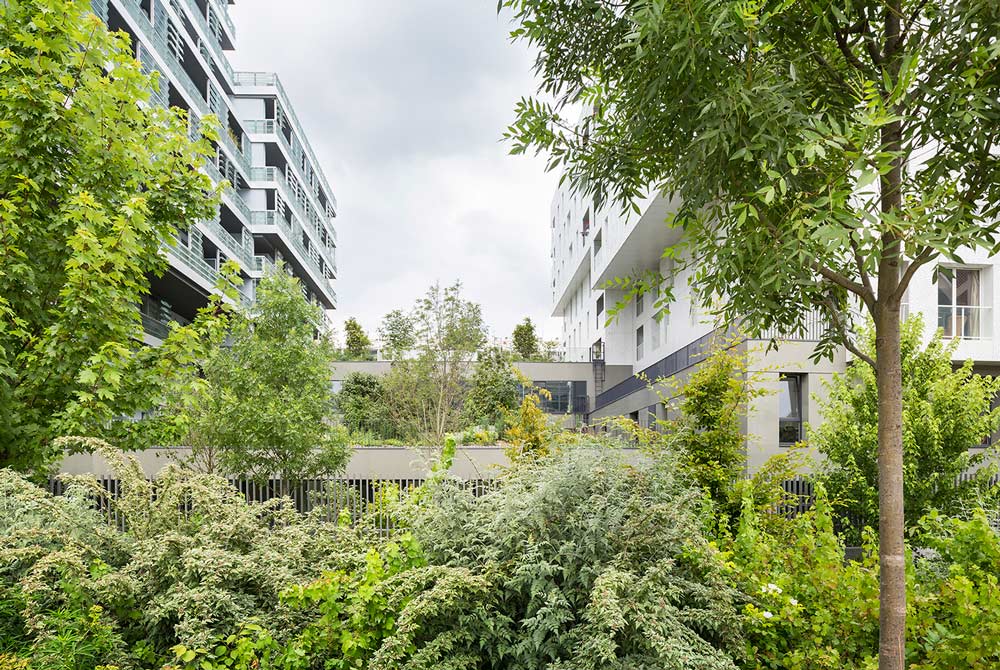 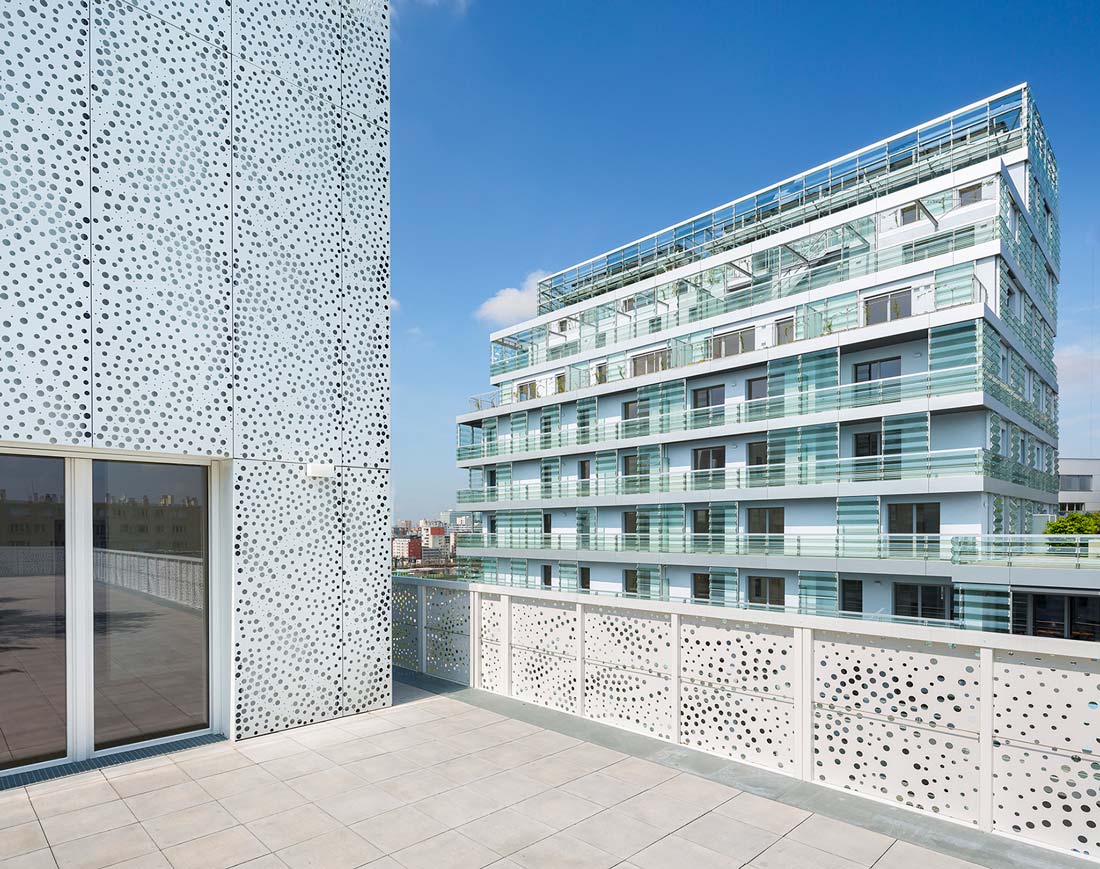 Seeking Out Compactness and Views

More importantly, this opening also represents the integration of an environmental strategy. This provision implicates creating thicker buildings, as opposed to the hypothesis of a U-shaped layout. The buildings thus created will be denser and more compact, significantly reducing energy loss. Moreover, due to this configuration, no accommodation will have a single orientation street side. They will therefore benefit from openings overlooking the park and the sunny climate. 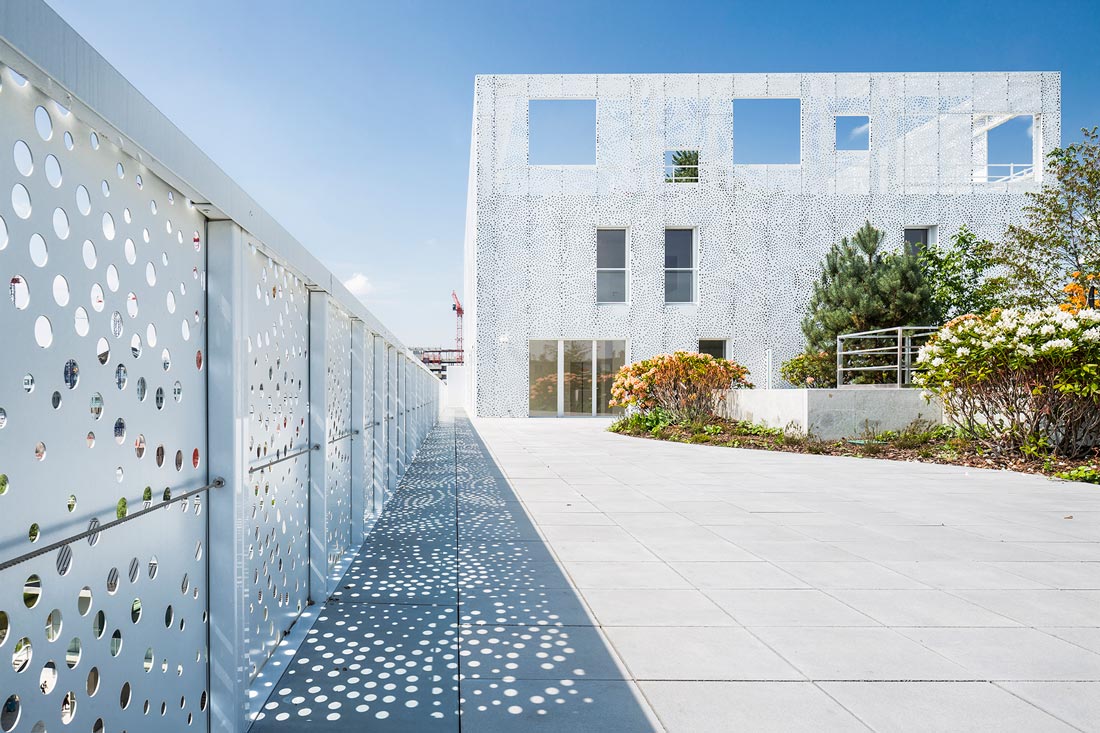 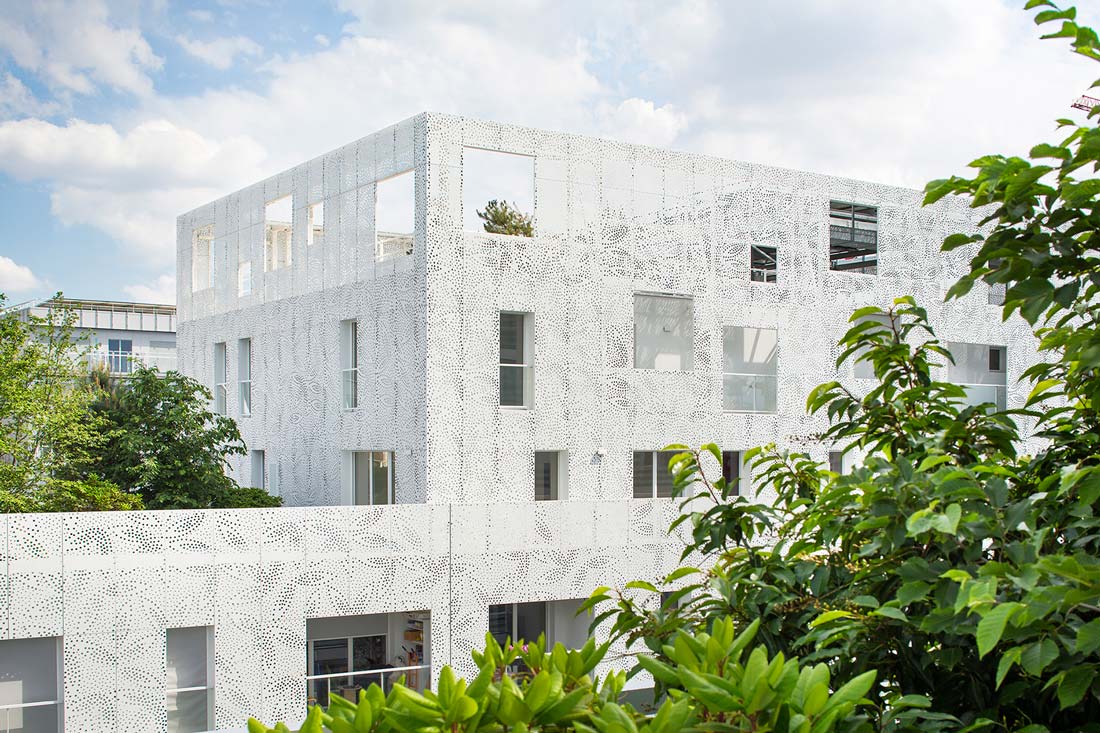 The two buildings comprising the residences are broken down into volumes of different heights, the tallest building’s height being 50 meters. These newly created blocks are superimposed and offset from each other.

The objective is to create dynamic movement over static volumes, a rhythm rather than fixed objects. These movements and rhythms associated with the already rich architecture of the immediate context help to create new “sounds of the city”. Furthermore, these offsets allow for more outdoor space and for the optimization of the city planning rules, particularly with respect to views.

The architectural strategy of this project is the result of a thorough reflection to avoid an IGH (high-rise building) classification for the building. 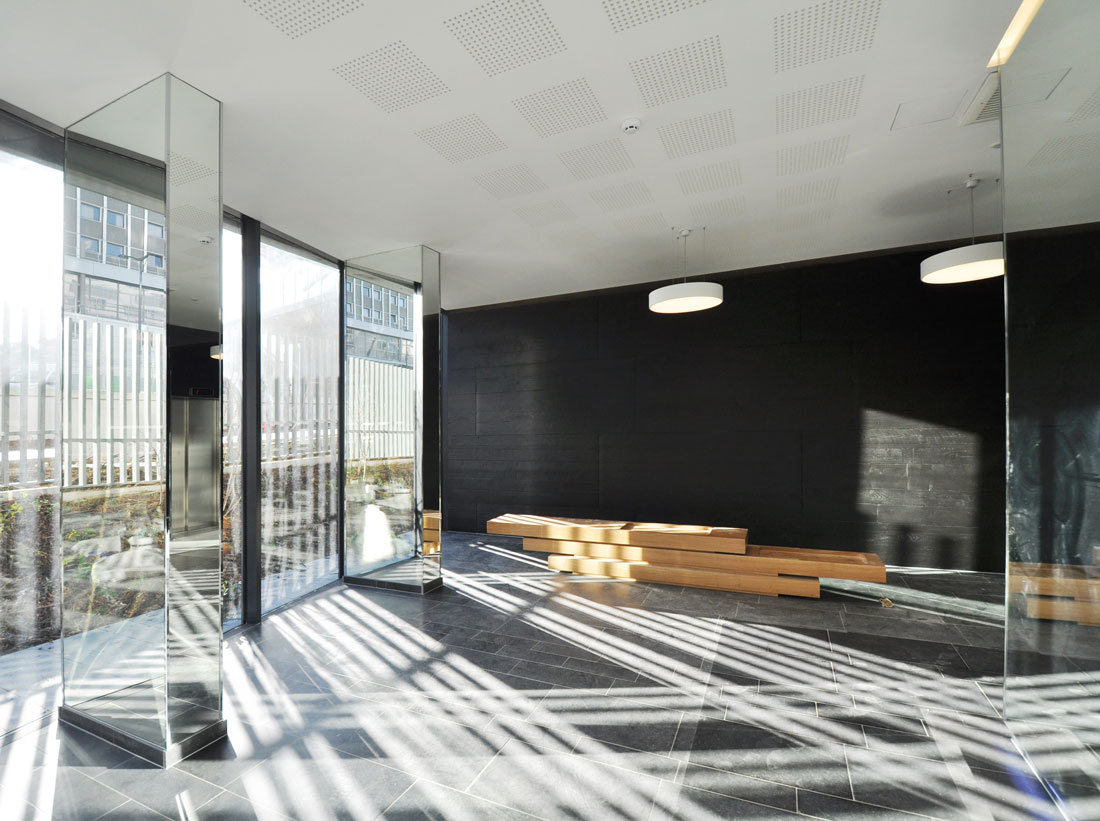 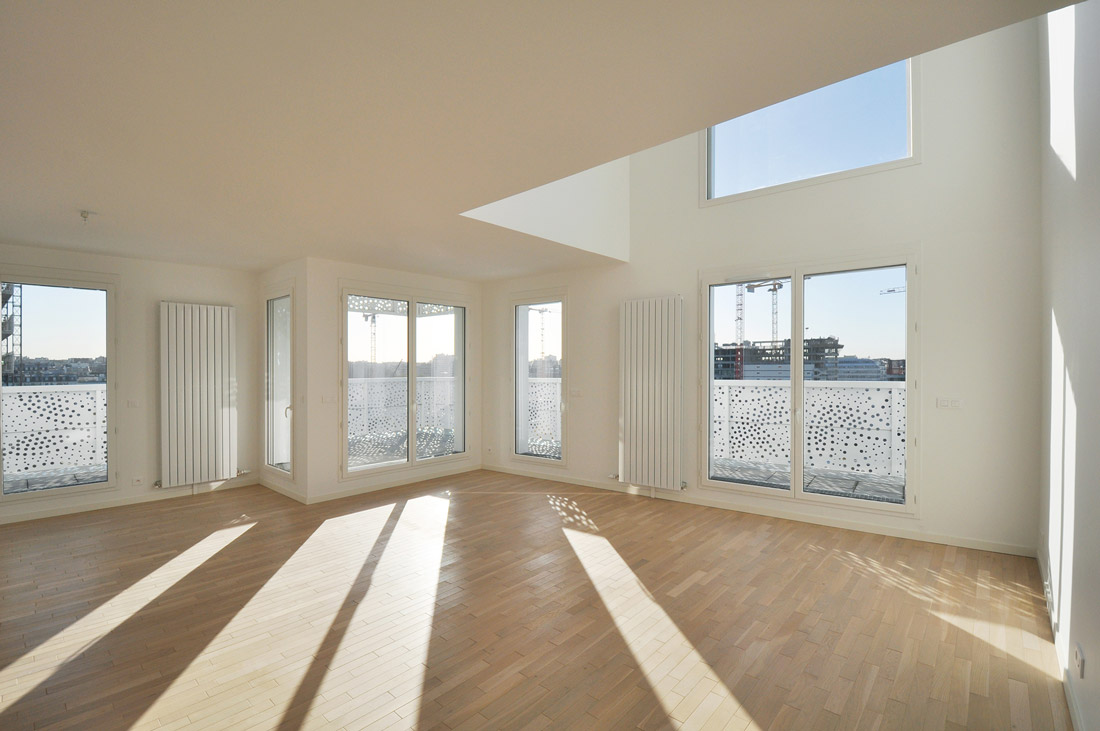 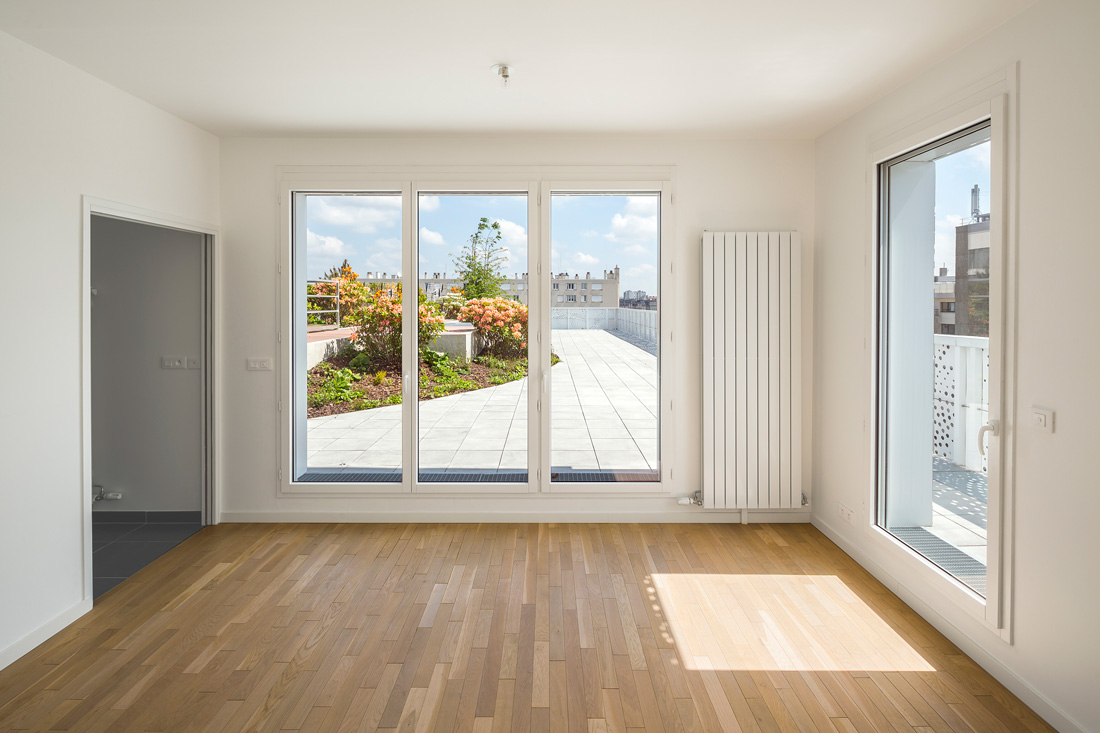 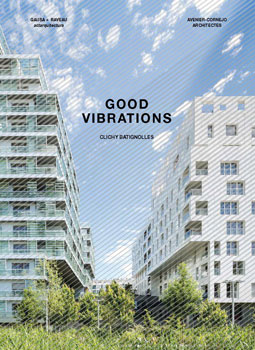 « Huaxin Tiandi Campus: Nature in the Heart of the City
De Muze: Service Center for the Elderly »