The city is created under emergency conditions: on the one hand, the obligation to update its infrastructures and, on the other hand, the need to maintain the same standards as in other cities, both of which require the continuous incorporation of new technologies in public spaces. If the now rare telephone booths were an example of this modernising in their day, urban screens are today’s equivalent. Once the economic factors were overcome, they began to be implemented all over the city following confused criteria linked to business performance and inertia inherited from previous examples, such as in Times Square in New York. These trends have led non-commercial display devices to become a rare exception within the city’s digitalisation process. Apart from informative electronic signs, these experiences have been uncommon and always limited to a temporary status. This situation shows that although some private companies are interested in them as a support for their advertising purposes, few institutions have been able to profit from their ability to activate public spaces or their capacity to create local identity and identify open processes in the city. 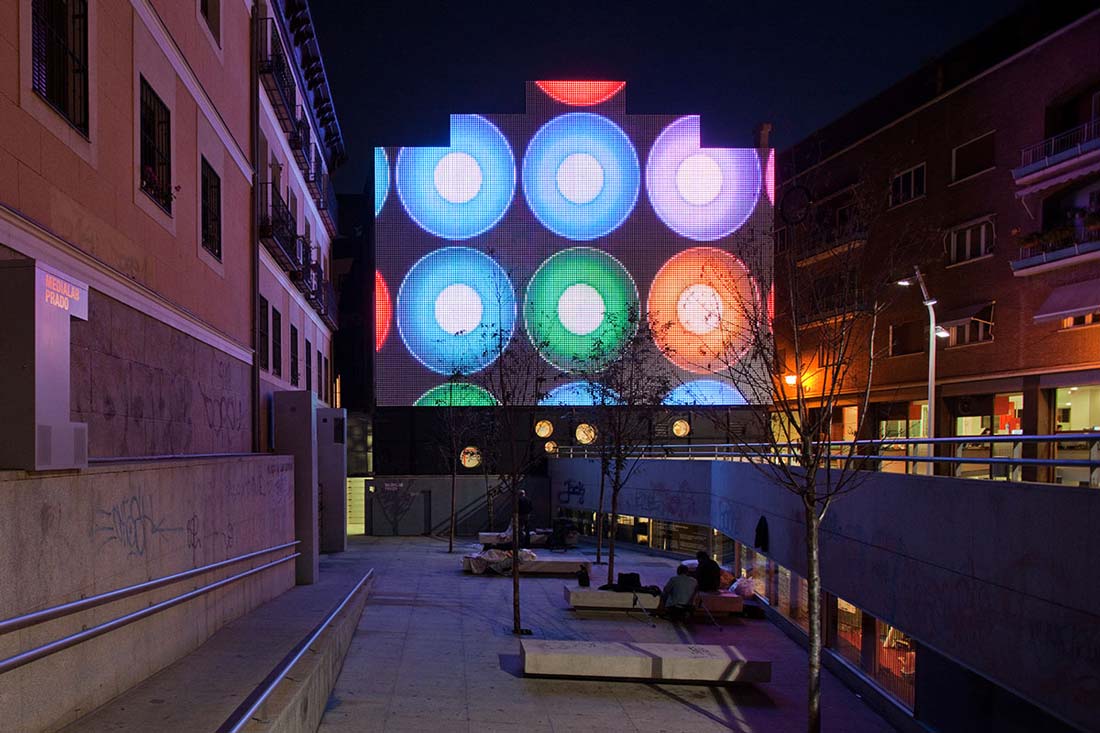 The digital façade of the Plaza de las Letras is the result of a commission from the Arts Area of the Madrid Town Council to provide the Medialab-Prado Centre with one of these non-commercial systems as a laboratory to provide visibility for its research on art, public spaces and new technologies. The new façade aims to become a virtual space for exchange and communication with both visitors and locals. It is an infrastructure designed as an active support with the potential to promote social responsibility, information transmission, social interaction and play-oriented experiences. 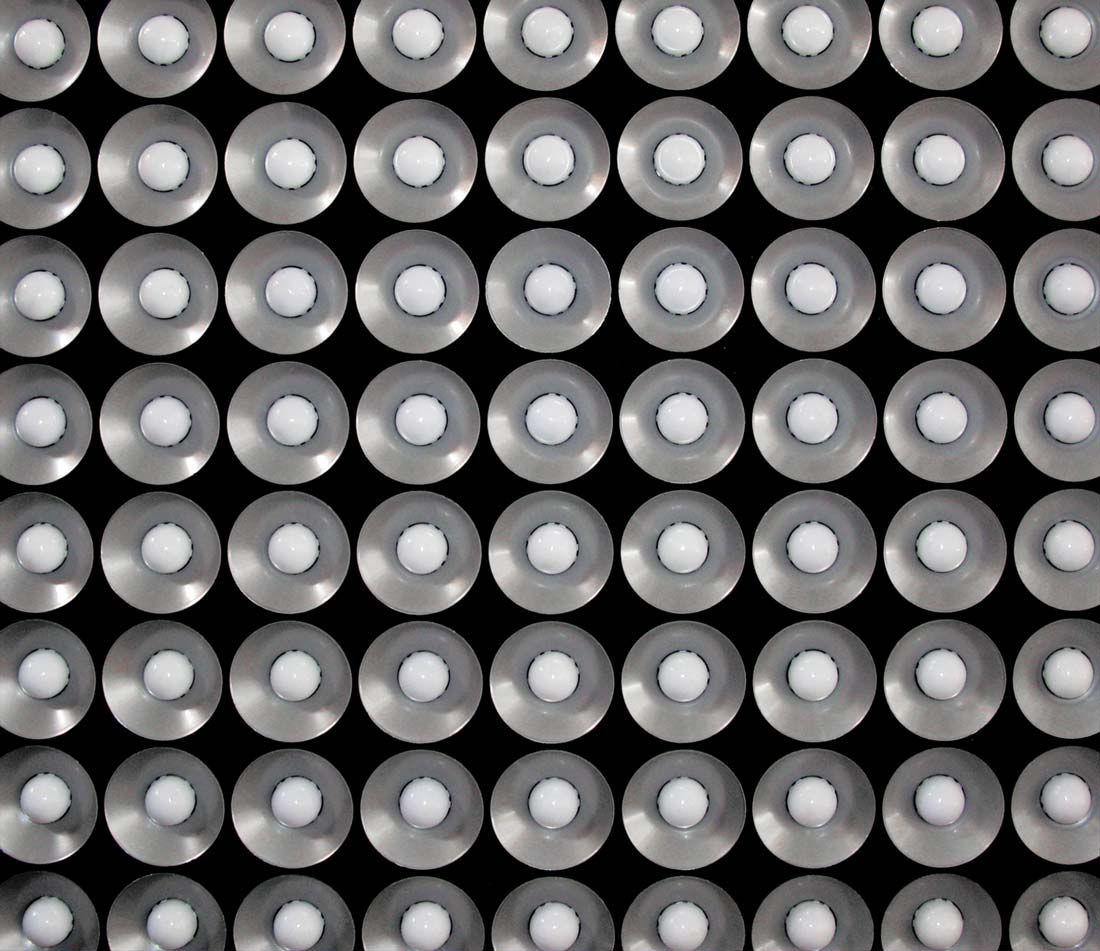 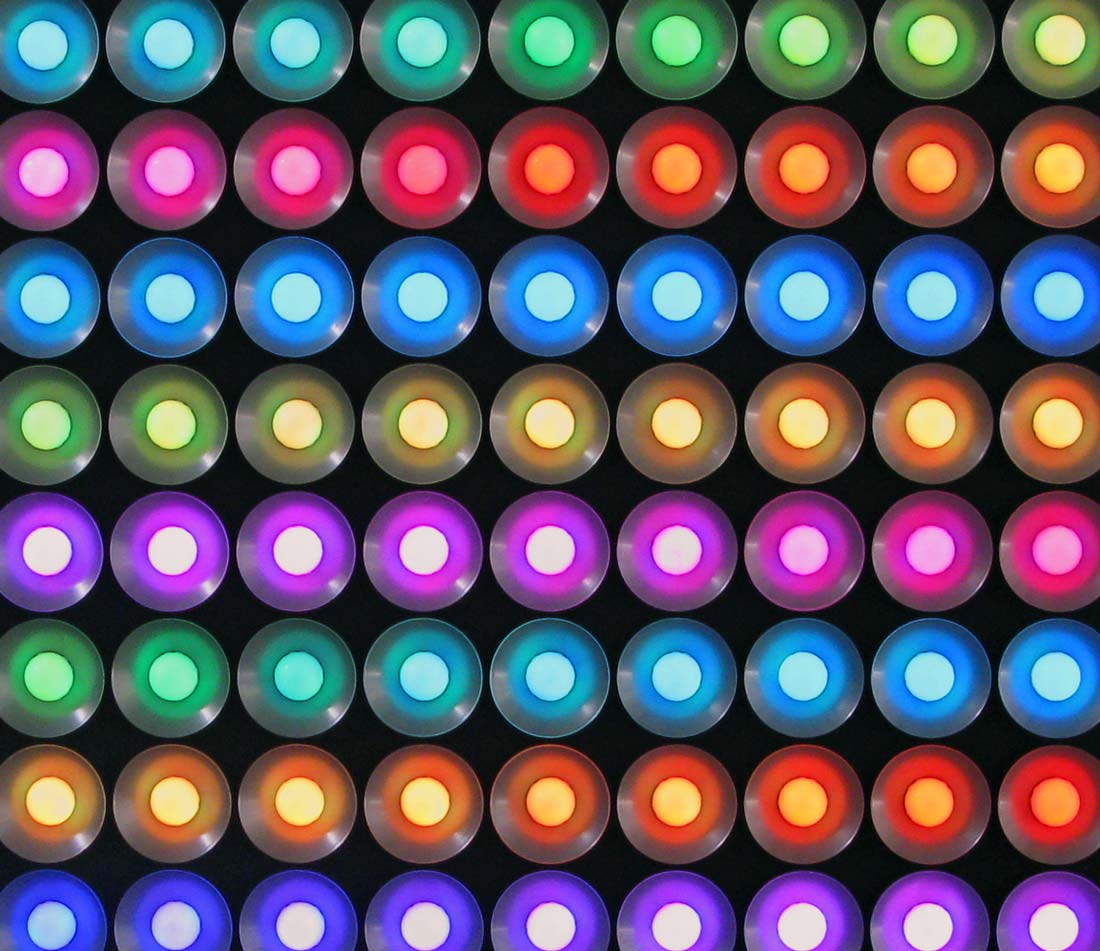 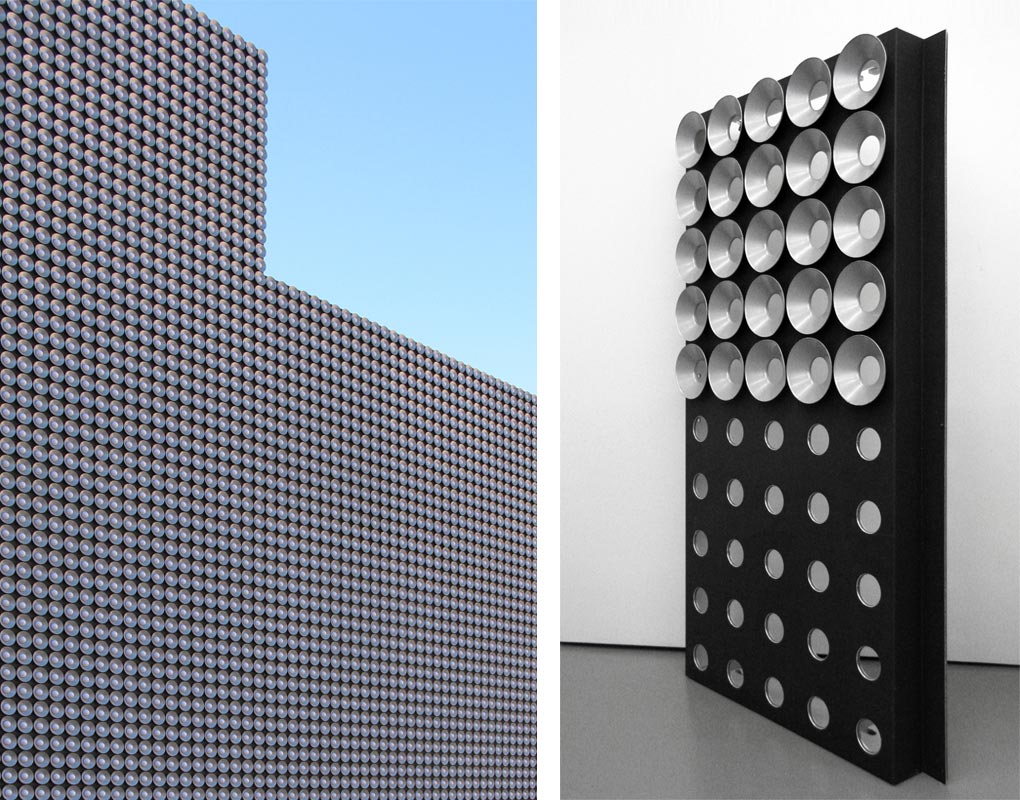 The Led Action Façade system is a model patented to produce large-format digital façades. The device consists of a regular matrix of nodes of RGB leds implemented by means of aluminium cones, the section of which has been designed to reflect the beam of light from emission sources and to improve the screen’s viewing. The installation of the Led Action Façade on the staggered party wall of the old Serrería Belga involves the creation of a viewing device covering 144 m2 and made up of some 35,000 nodes. The system has enabled the configuration of a digital support characterized by an irregular geometry that is easily adaptable and has been prepared for the emission of both fixed and moving average-resolution images. When the system is switched off, the set of cones and nodes become a vibrant surface activated by natural light that makes it look less like a conventional urban screen and more like a characteristic feature of the party wall. 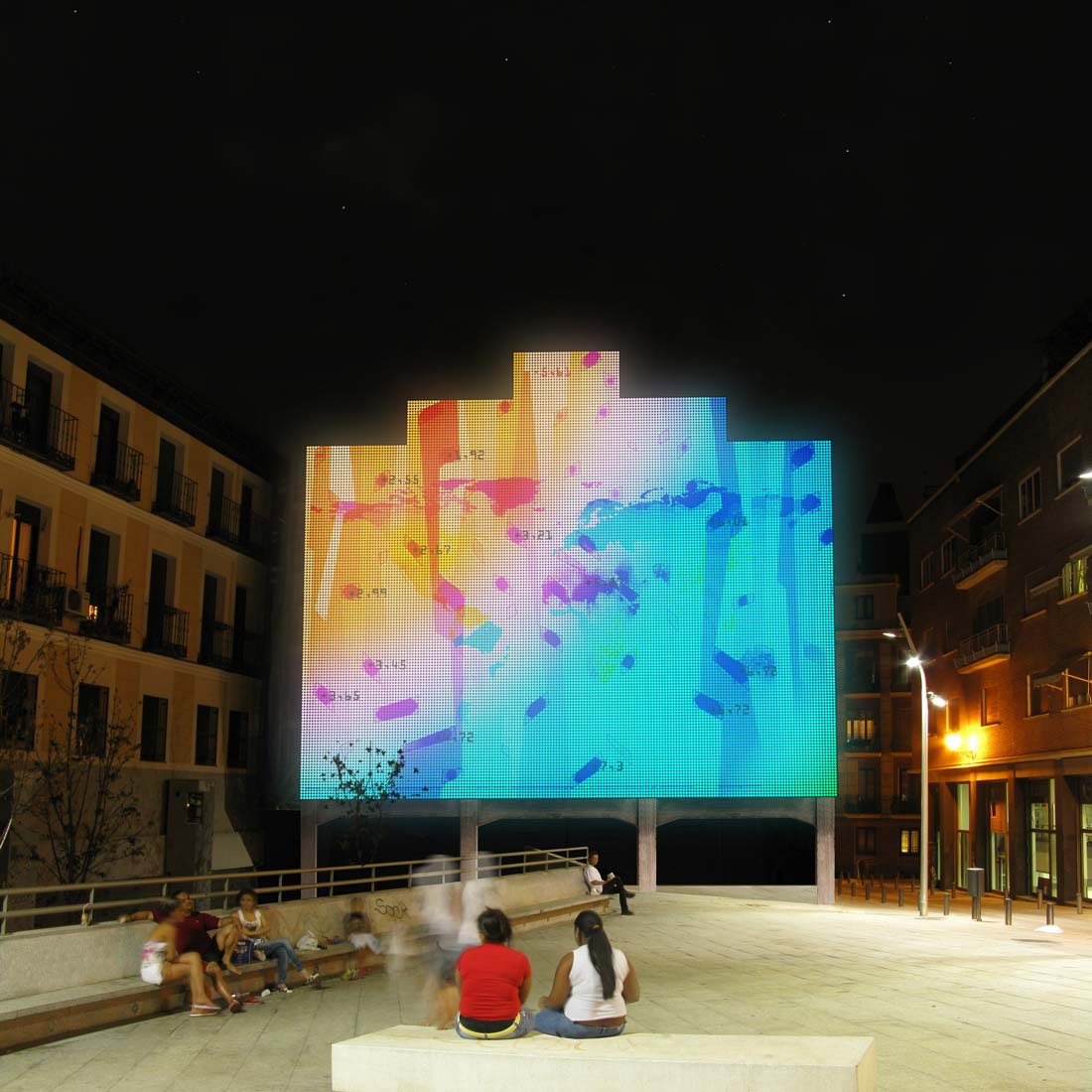