Isla Intersections: Future of Housing in the City

In 2018, the City of Los Angeles made available over 1,700 city-owned parcels to affordable housing developers. Many of these sites are difficult, lying along heavy traffic corridors or next to freeways. In other instances, the sites are made up of composite parcels that have been left untouched for decades. It is in this kind of liminal space, fraught with ambiguity, that we see opportunity – and a potentially significant next step for the future of housing in the city. 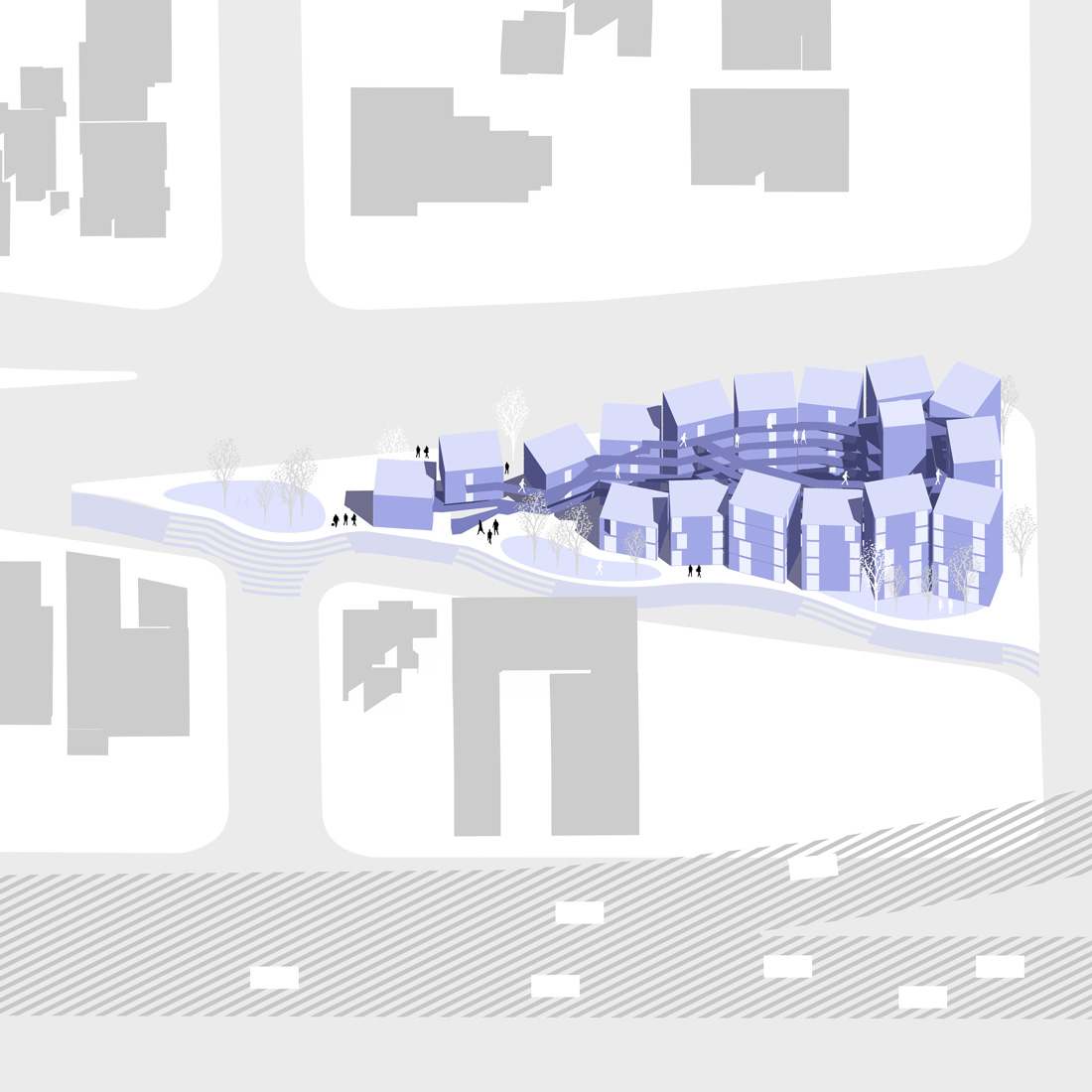 Our foray onto this challenging yet exciting area has us working as architects and urban strategists in our second collaboration with the non-profit developer Clifford Beers Housing. The 35,000-square-foot, 54-unit housing project and adjacent paseo, known as the Isla Intersections, is situated on a 19,814-square-foot triangular site uniting a traffic island and a former railroad right of way. Situated within close proximity to one of the world’s busiest freeway interchanges, the meeting of the 110 and 105 freeways, the design makes a challenging location more livable. 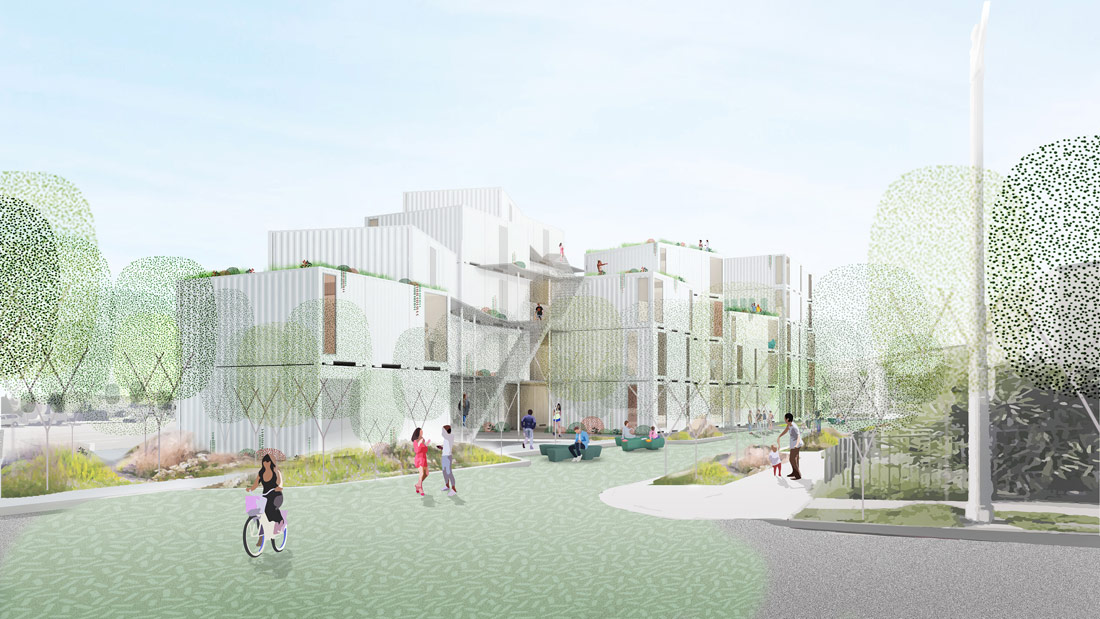 Isla Intersections is organized along the spine of Broadway Street as a series of 16 staggered boxes. Each box is assembled out of three 20-foot-long by 8-foot-wide modular containers that are made with recycled steel and welded together to form a single 480-square-foot unit. Each unit is compact and efficient, an open plan with an ADA kitchen, bathroom, and the living room doubling as a bedroom with a curtain that can be drawn for privacy. The units are stacked and arranged into towers that are connected by a series of walkways to create a single unified building. The towers are intentionally scattered along the pie-shaped edge of the property, enclosing a sequence of pocket parks that provide surprising moments connecting the landscape to the private residences. The result is a communal outdoor space within the building. 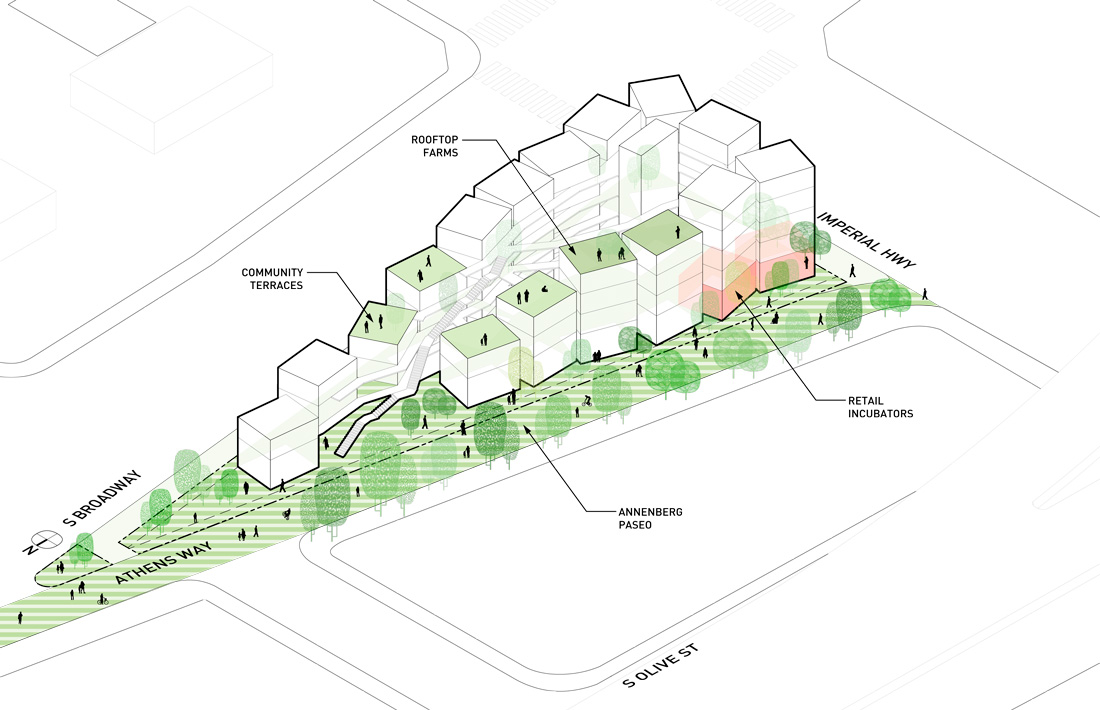 Our aim was to create something that was compartmental but solid, strong enough to withstand the demands of the project’s location but porous enough to engage the residents on a human scale with outdoor activities and places to work and socialize. Therefore, northward along Broadway, we shifted heights, stepping down from five stories to two as we approached the single-family neighborhood and the adjacent west-facing paseo along more pedestrian-friendly Athens Way. This reduced roofline strengthens the connection between the building and the Annenberg Paseo that runs between the project and a stretch of freeway interchange, creating a “slow space” that preferences pedestrians and bikers along the west side of the site. While the project is predominantly residential and green space, the ground level along the paseo will provide a number of storefront spaces for retail, incubation and job training and support services, as well as administrative offices. 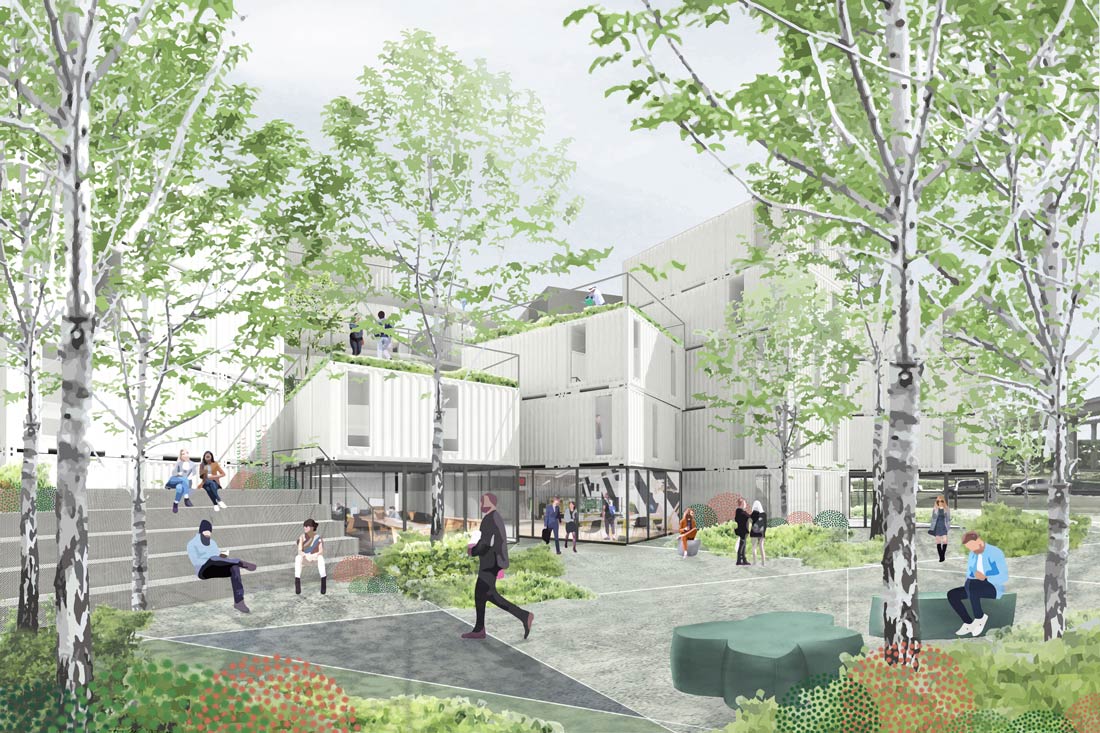 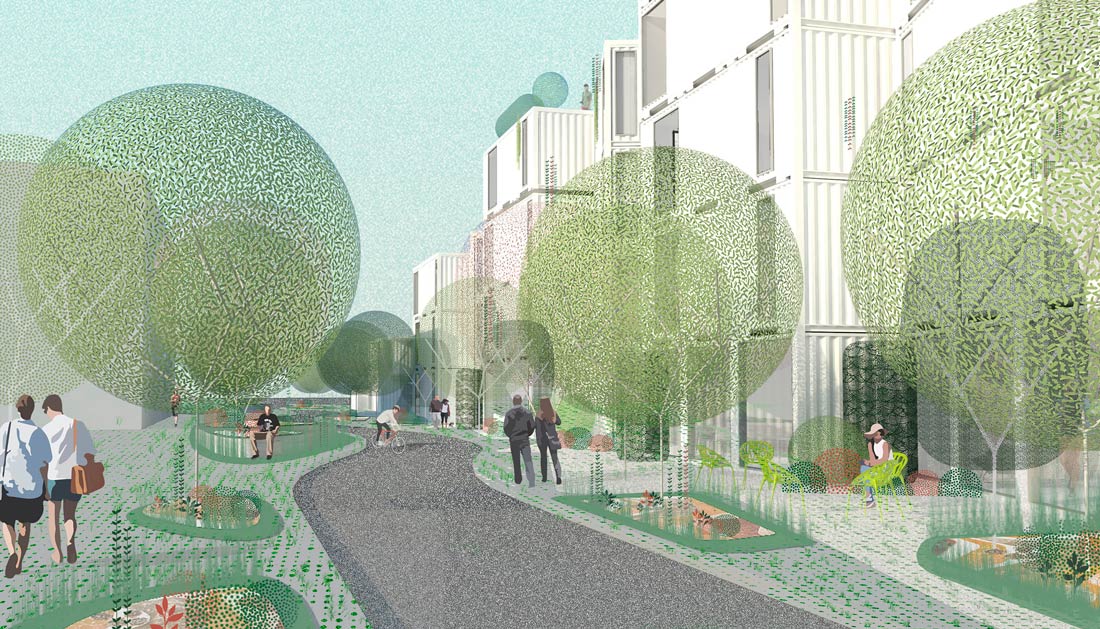 This marketplace and paseo will also serve as a “green lung,” helping to filter diesel particulates and air pollutants. The landscaping is site specific, with trees and shrubs and vines chosen for their ability to clean the air and offer a respite from the sea of concrete enclosing the site. Rooftop farms and edible gardens will also supply popup farm stands that can provide fresh produce at weekly farmers’ markets. This project also has the chance to become part of a larger network of urban farms in the area, whose mission is to preserve the tradition of farming in South Los Angeles, bringing affordable produce to what many consider a “food desert.” Just one mile east of Isla is Stanford Avalon Community Garden, a 9-acre urban farm located under 11 blocks of power lines in Watts that was founded after a group of locals battled city officials for the right to keep their urban farms. Isla aspires to build on their legacy, harnessing the potential to be a part of a much larger green lung that can potentially wind its way through the city. 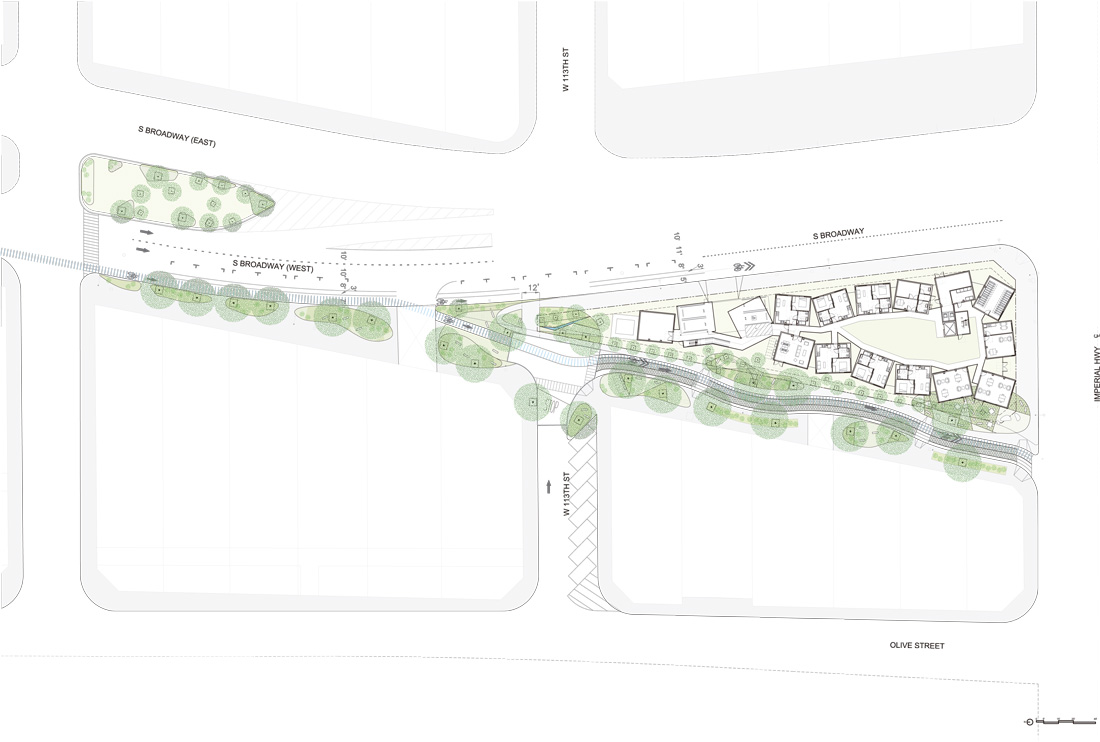