A simple architectural trick is all that is needed to create high-quality apartment units within the existing Master Plan: south-facing breaches transform the linear blocks prescribed by the Master Plan into town house-like volumes. 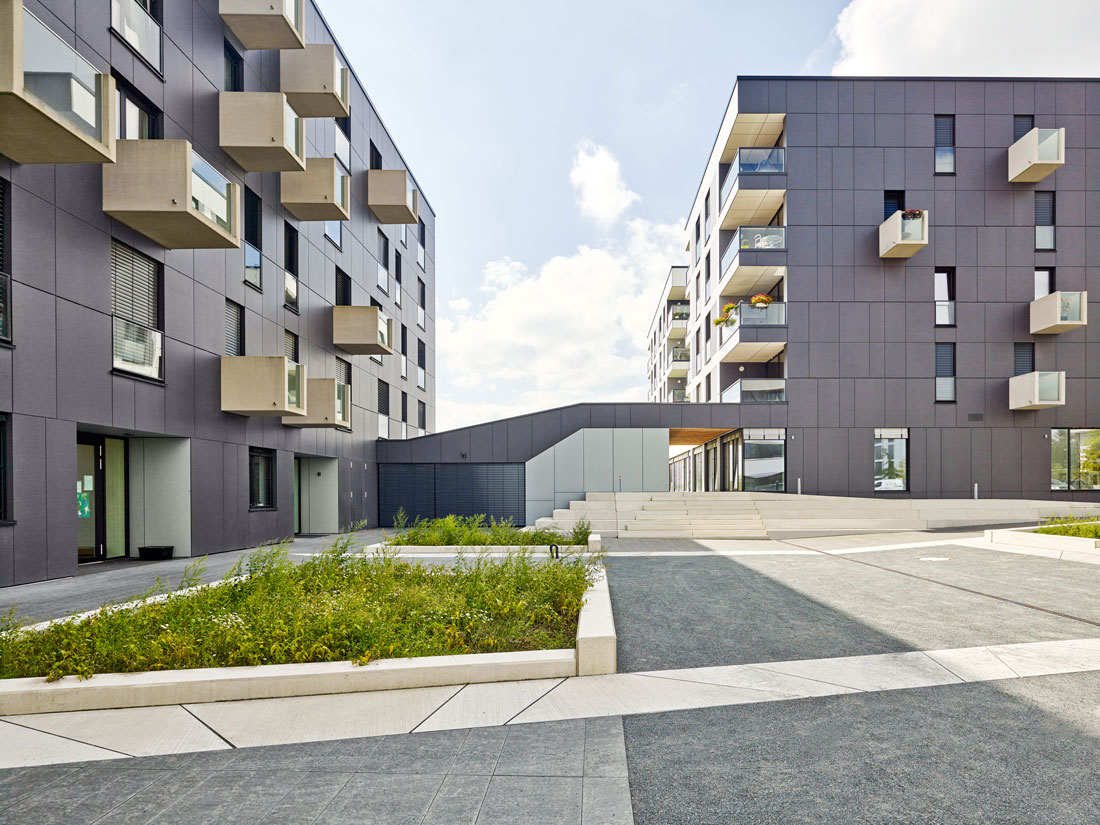 This way, all apartments and breakfast kitchens are given two exterior façades with different orientations, one of which always is south.

At the same time, the building shape makes stairwell neighbors locatable: each apartment is thus assigned its unique specific place within the estate at large. 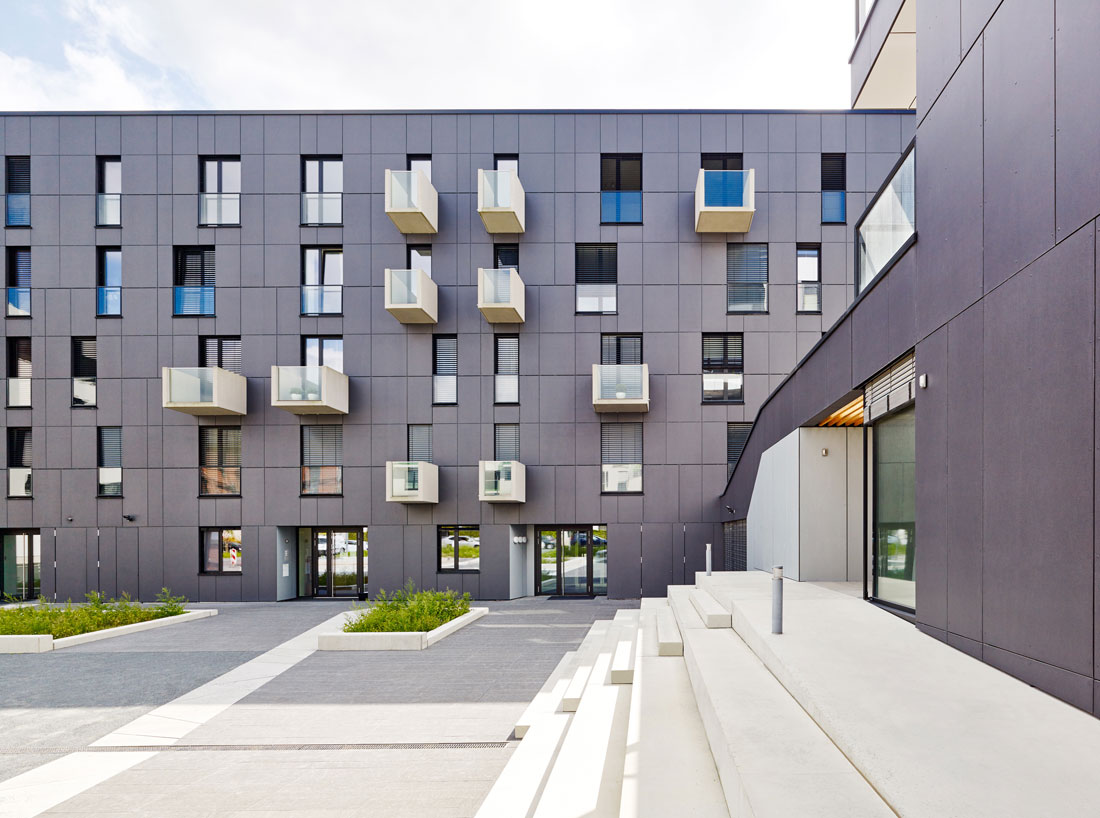 Individual apartment zones are situated concentrically around the central circulation stairwells in the interior of the buildings:

This provides maximum efficiency in the piping and wiring layout and, simultaneously, maximum flexibility in the arrangement of living rooms and bedrooms.

The service room zone thus turns into as noise-protection buffer between the stairwell and the bedrooms. The entire façade surface is assigned to residential spaces. 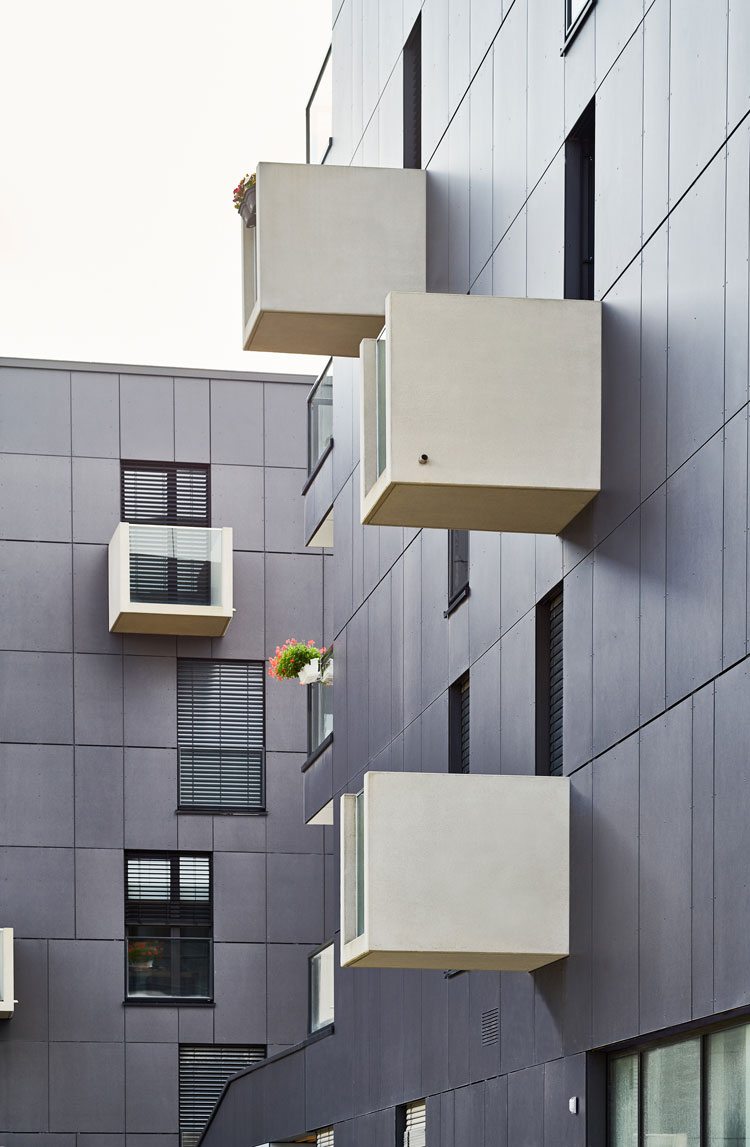 The urban situation of the development is used to give the open-air community spaces their character, which in turn is what formally provides the bracket between the buildings:

All entrances are accessible from a north-facing urban plaza; on this side, the building façades show reticent urbanity.

All loggias on the other side look out on the south-facing community playground/park. The garden façades thus appear light and extroverted.

The ground floor is reserved for public functions: from the plaza, the kindergarten and several doctor’s offices, all oriented south toward the playground/park, are accessed through separate entranceways.