Cities of the Future: Challenges of Architecture and Design

The urban population is expected to double in the next 40 years, forcing cities to undertake a holistic and sustainable transformation of their model. According to Martha Thorne, Dean of the IE School of Architecture and Design and Executive Director of the Pritzker Architecture Prize, the great challenge of architecture has to do with its capacity to create denser metropolises that have high urban quality and offer residents a better quality of life. 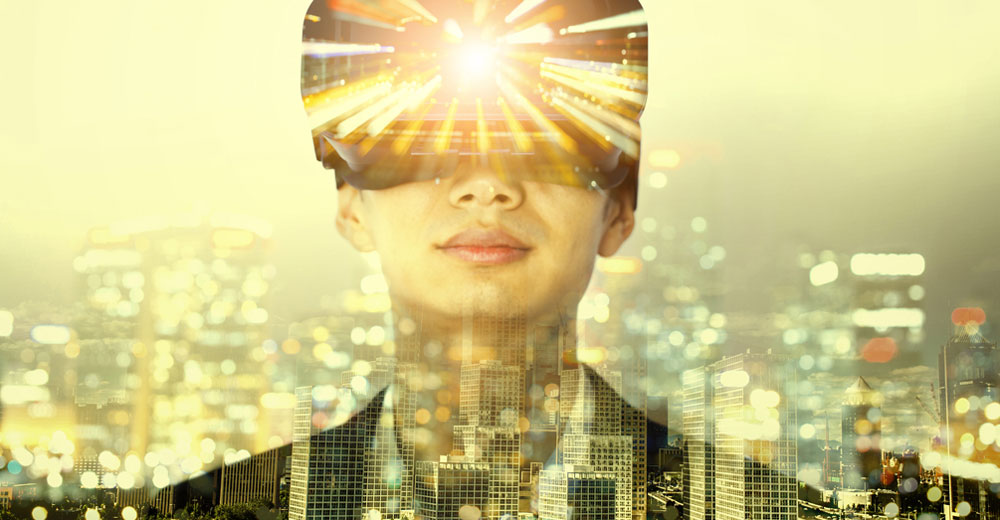 More than half of the world’s population already lives in urban areas, where architecture dovetails with design to make great contributions through urban services, the environment, and public spaces. Is this why the transformation of cities is getting so much attention now?

Cities are very important, not just for the world of architecture and urbanism but also for the economy and politics. In addition, the urban population is expected to double over the next 40 years, bringing about a rapid, large-scale change that has no precedent in human history. Whatever the reasons behind it, this growth pressure is having an impact on the functioning of cities, on their governance, and on quality of life. In light of this, we must ensure that cities remain spaces for innovation, culture, and well-being.

What do you think are the key factors that will allow cities to adapt to the future?

Architectural and economic aspects are important. But beyond that, challenges and solutions need to be addressed comprehensively and viewed holistically in the new city model. Reducing inequality and achieving sustainability are two objectives that should be pursued, but the challenges will vary depending on each city and its degree of development.

In European metropolises, the situation may not be as dramatic as it is in emerging countries, but this could change as a result of various factors, such as the aging of the population, the influx of refugees of war or natural disasters, and unemployment. Therefore, a key aim in Europe is to ensure that large cities are engines of sustainable economic growth where particular population segments—such as young people—can find work, whereas the goal in developing countries such as Brazil, Colombia, and India is to provide housing and basic services for all social classes. This aspect is very important not only from the standpoint of housing but also for governance and city strategy.

Reducing inequality and achieving sustainability are two objectives that should be pursued, but the challenges will vary depending on each city and its degree of development.

Will cities remain centers of innovation, culture, and well-being?

One of the great challenges we face is creating quality spaces in dense cities. Generally speaking, cities with larger populations are more efficient and better equipped to provide urban services, mobility, energy, education, and healthcare. The downside is when rapid population overgrowth produces imbalances that make the city stop working. Cities normally achieve quality of life and efficiency through the mixture of spaces, functions, and services that are accessible to the population. Another aspect to consider is that innovation and new ideas emerge in cities when there is a diversity of people, combined with substantial economic and educational activity.

I believe that architecture can contribute very directly to a city’s objectives as a center of innovation, culture, and well-being. We must change the view that architecture is an addition or a luxury to be enjoyed in boom times, and instead understand it as a reflection of our society and our values. Good architecture makes cities comfortable, accessible, etc. We live in architecture, while at the same time architecture helps to shape our collective memory. Of course, to evaluate a work of architecture, you have to consider its function, whether it’s appropriate for the particular place and time, and whether it attempts to advance some aspect of the discipline or ideas of sustainability. If you don’t take into account the economic, cultural, geographical, and topographical reality, you can’t make good, bold architecture that people will appreciate.

How has the concept of public space evolved?

It has changed and I hope it continues to evolve. In the 20th century, many cities were built on the basis of buildings alone. Nowadays, the nature of the areas around the buildings is what gives us the most opportunities to create quality public spaces. Today, when you build a building, it’s not enough to think of it as a sculpture or an isolated thing. It has to be considered as a “whole” with its surroundings, taking into account issues such as the mobility of people, transportation, and safety. With higher population density, urban dwellers have a greater need for open, green spaces or recreational areas. Today, we mustn’t think of a building as a singular, isolated element but rather as part of a complex of streets, infrastructure, public spaces, and other buildings that can work together, create a city, and drive change.

I’d like to point out that iconic buildings and monuments make sense if they remind us of something important. In my opinion, architecture must always be designed not only to serve the elites but also to help generate quality of life, social equality, and environmental sustainability. When we come to understand that cities are more than the sum of their parts, we will have taken a big step forward.

A key aim in Europe is to ensure that large cities are engines of sustainable economic growth.

What forces are changing the way cities are built?

You have to look at each country and city individually to understand what pressures and trends they face. In developing countries in Latin America, it might be as simple as population growth resulting from a high birth rate. In other places, you might see pressure caused by the emigration of people in critical situations brought about by natural or human disasters, such as wars—people who have had to flee their countries in search of safety. They might also be citizens in very precarious economic circumstances who harbor the hope of going to another country—or another city in their own country—in search of better opportunities. Another example is China, where government policy encourages urbanization as a driver of economic growth, contributing to the creation of large new cities.

I like to think of cities as systems, or ecosystems. In all cities, it is possible to analyze service quality, as well as the density of the city-dwelling population, the percentage of people who work in the city, and the modes of transportation they use. However, in all these assessments there is a limit, because we must also take into account the history of the city, which can vary greatly from case to case. We have to ask why the population is growing in each city, find out where the people who came from rural areas or other countries have ended up, and evaluate the demographics of each city to find out whether it’s aging or young.

There are also other aspects that are less obvious. We often think that quality of life is higher in cities than in rural areas, but a close examination reveals that the difference between the people in the weakest and richest economic strata is increasing. In these cities, if you drill down into the data, you can see the impoverishment of a certain segment of the urban population, and that’s very worrying.

If we think technology will solve everything and that cities should be left to the government or private investors, we won’t get very far.

On the sustainability front, some cities are producing energy and others—such as Hamburg, Germany—are recycling more waste than they generate. To take a different sort of example, New York rehabilitated a section of its railway infrastructure that had fallen into disuse—like a ghost in Manhattan—to create a park and public promenade. This initiative has revitalized the neighborhood economy and provided a recreational area for residents of all social strata, as well as for tourists.

Another good example is Medellín, Colombia, which used new models of public participation to address a very complicated situation of urban crime and informal population settlements. The city also used the construction of transport and mobility links—including aerial tramways and trolley buses—as an engine of new development. Additionally, libraries—not in the classic sense, but community cultural centers—were opened to promote the renewal of certain neighborhoods. The library buildings are of good quality, architecturally speaking, and they symbolize the concern, dedication, and future of the areas.

I think you can look at different cities and see good practices in different areas. In the case of Bilbao, I think it’s an oversimplification to say that the city’s transformation is due to the Guggenheim. It’s more complex than that. In today’s post-industrial world, Bilbao is an example of land reclamation, as well as efforts to clean up the estuary and move the port further towards the sea. I think that these factors had a larger impact on the city than the construction of the museum.

The Netherlands is a great example of water management, due to its historical relationship with the sea and its need to reclaim land. London is unremarkable in many areas, but it has managed to drastically limit the number of parking spaces in new buildings. Only people with disabilities are allowed to have a parking space. With this policy, the city has been able to limit the number of private cars. It’s an emphatic, but exemplary, stance.

Can we be optimistic about the urban transformation of cities?

If we study and replicate some of the models and practices that have been shown to work, I think we can be optimistic about the future. But if we think technology will solve everything, that cities should be left to the government or private investors, or that cities are only for those who can afford to live there, we won’t get very far. We’re all in the same boat, and if we want a positive outcome we must coordinate our actions in various areas.