Ca’n Terra: The House of the Earth

Ca’n Terra is the house of the earth. First, it was just that, earth. Then it was quarry, emptied of its Marès stone. Then it was used by the military as an ammunition dump during the Spanish Civil War. Finally, it was abandoned, to be rediscovered decades later and come to be architecture. 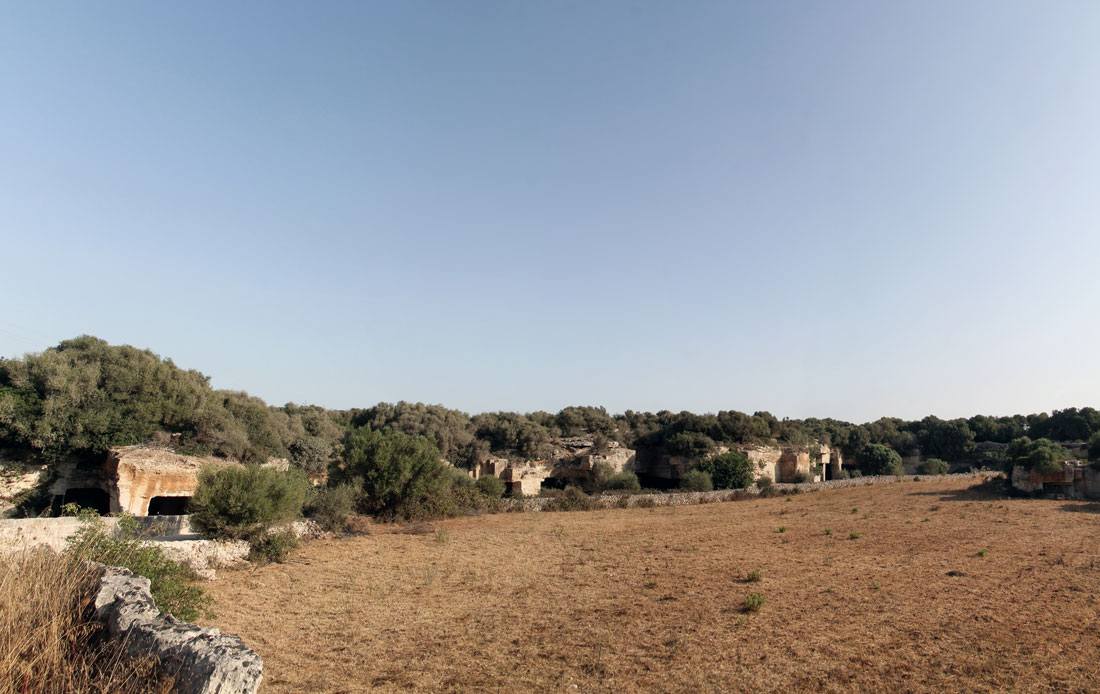 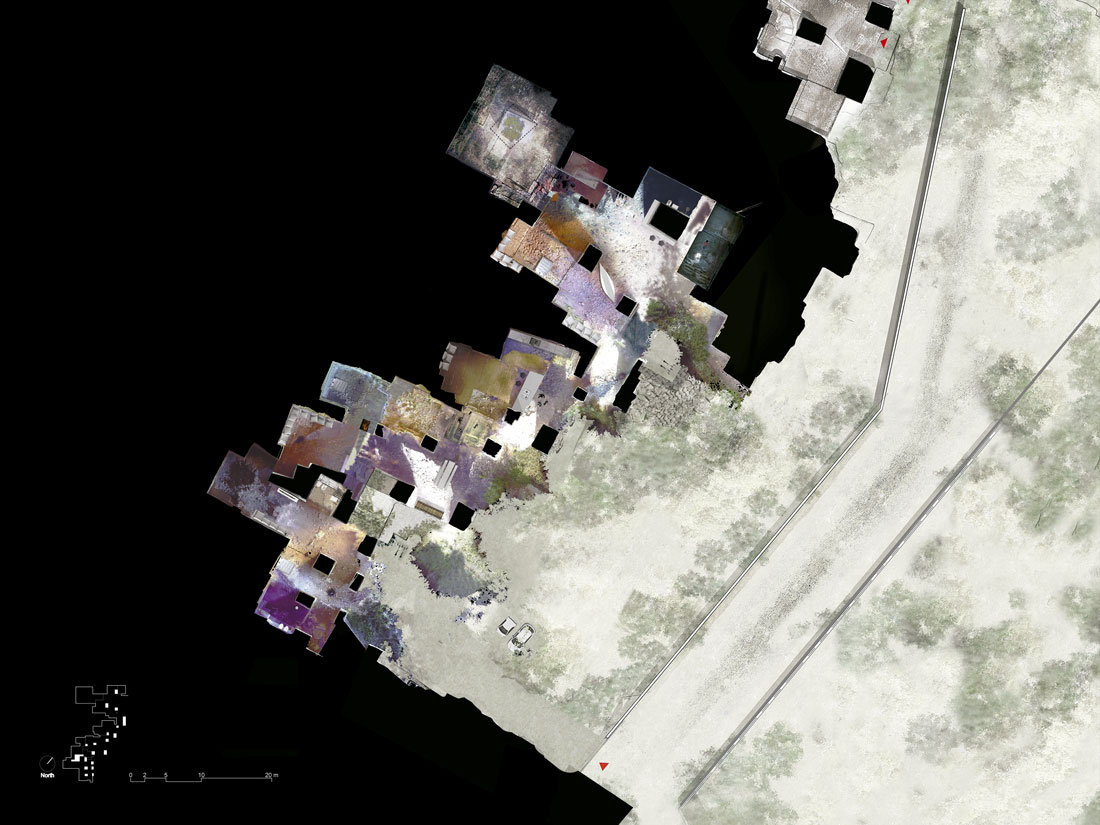 The found space has an industrial logic, an artistic potential as a sublime cavern carved by hand, and a mineral nature as an extract of the stony landscape on the island of Menorca. Finding this excavated space in the guts of the earth and reinventing its use implies writing a new story that can rescue it from its abandonment. 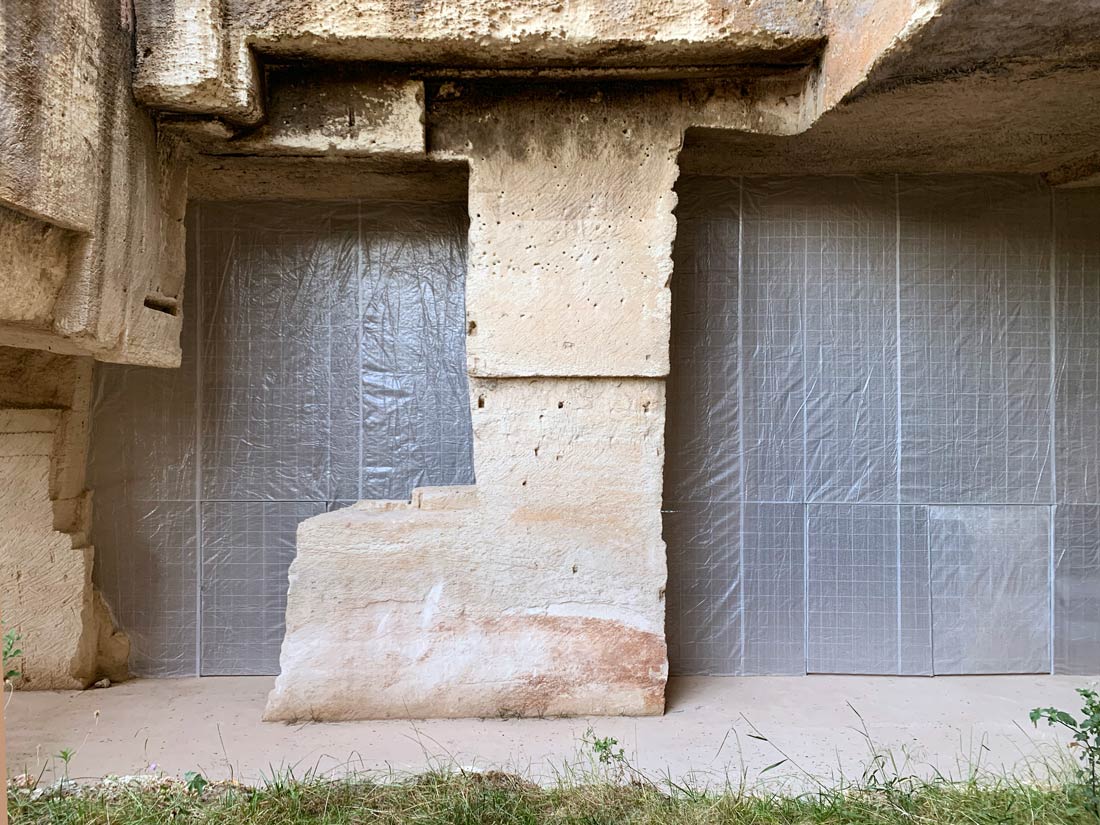 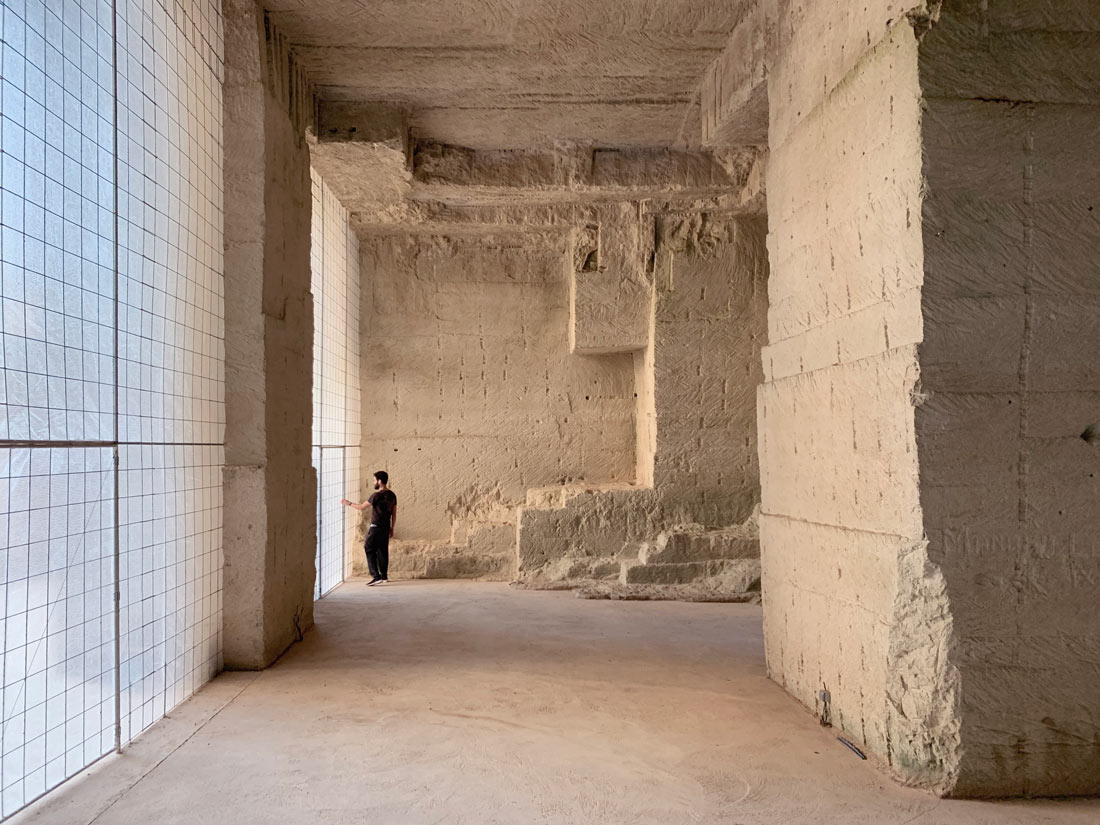 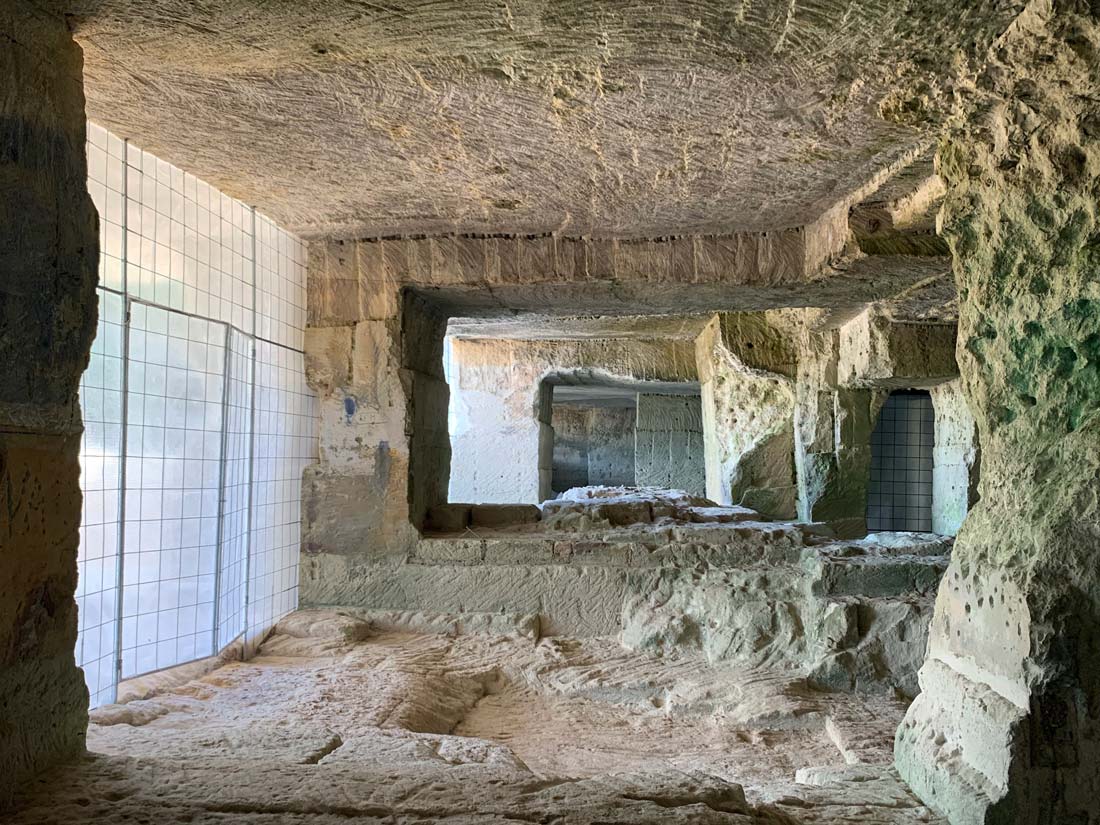 While the history of civilization has evolved by transforming ideas into matter, here the process is inverted. We enter the space like explorers would do, equipped with the technology that expands our vision in the dark; scanning the solid structure that was built for us. 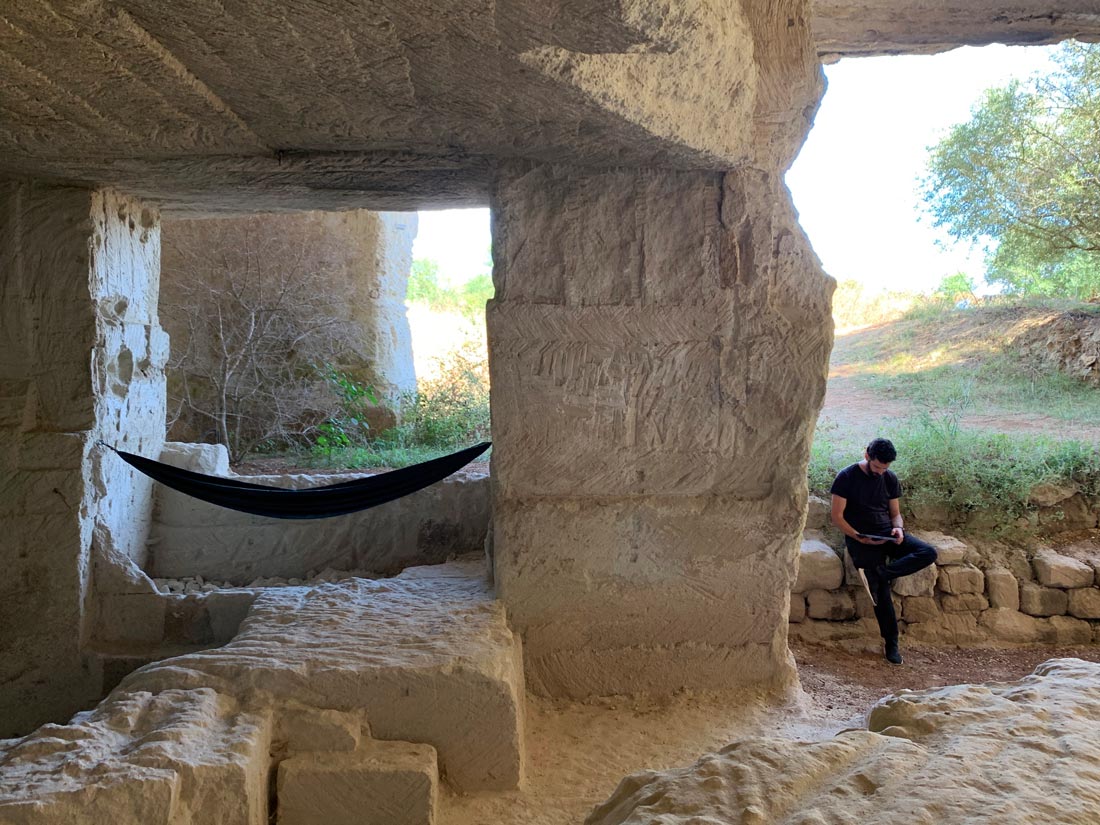 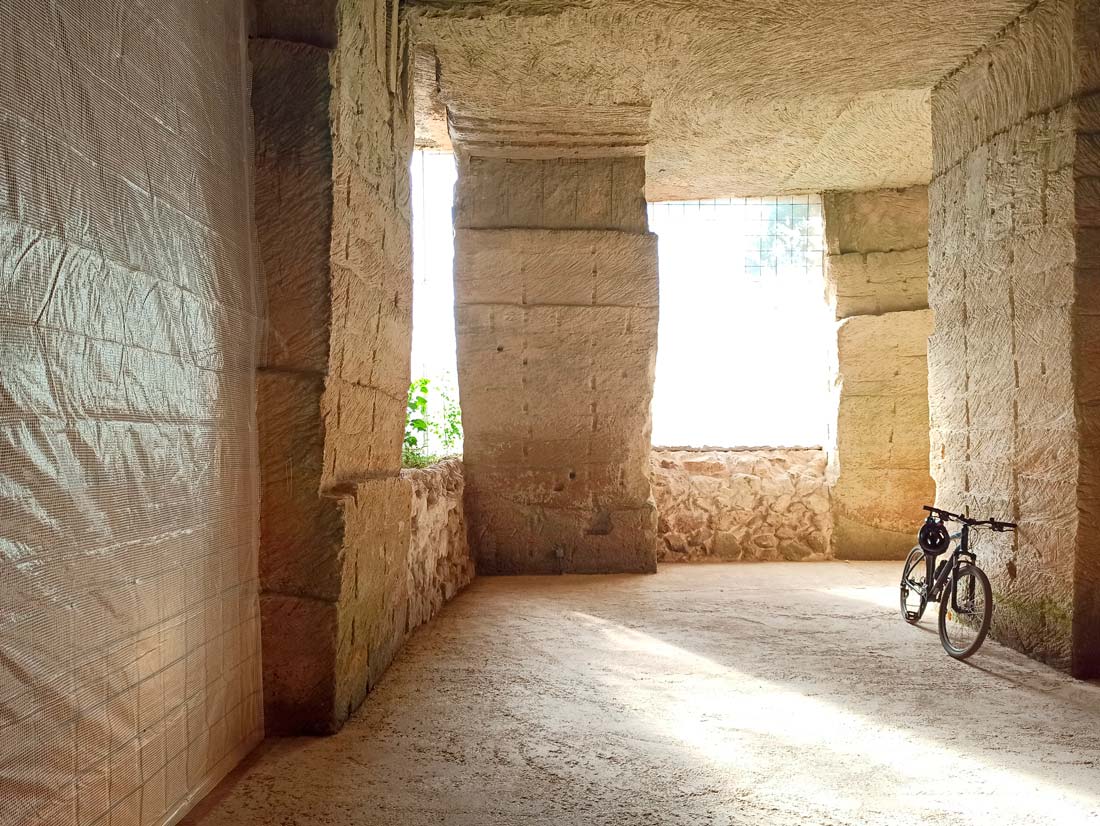 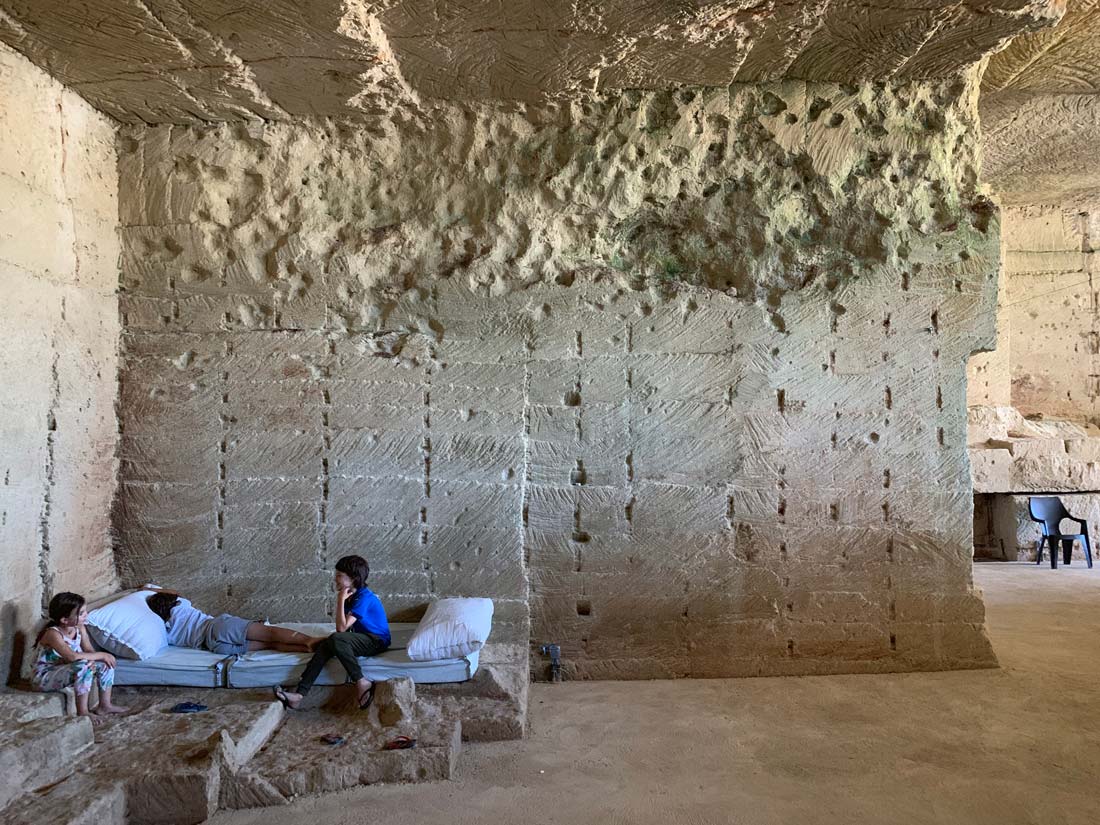 Behind the scan is the architect’s eye, directing, interpreting, creating the space again, completing it with operations that are familiar to the stone mass: new cuts to build using air and light. Three skylights are carved into the darkest corners to naturally illuminate and ventilate the space. Stone surfaces are thoroughly cleaned to remove the accumulated mold and dirt. Translucent curtains are introduced to delimit areas of intimacy. 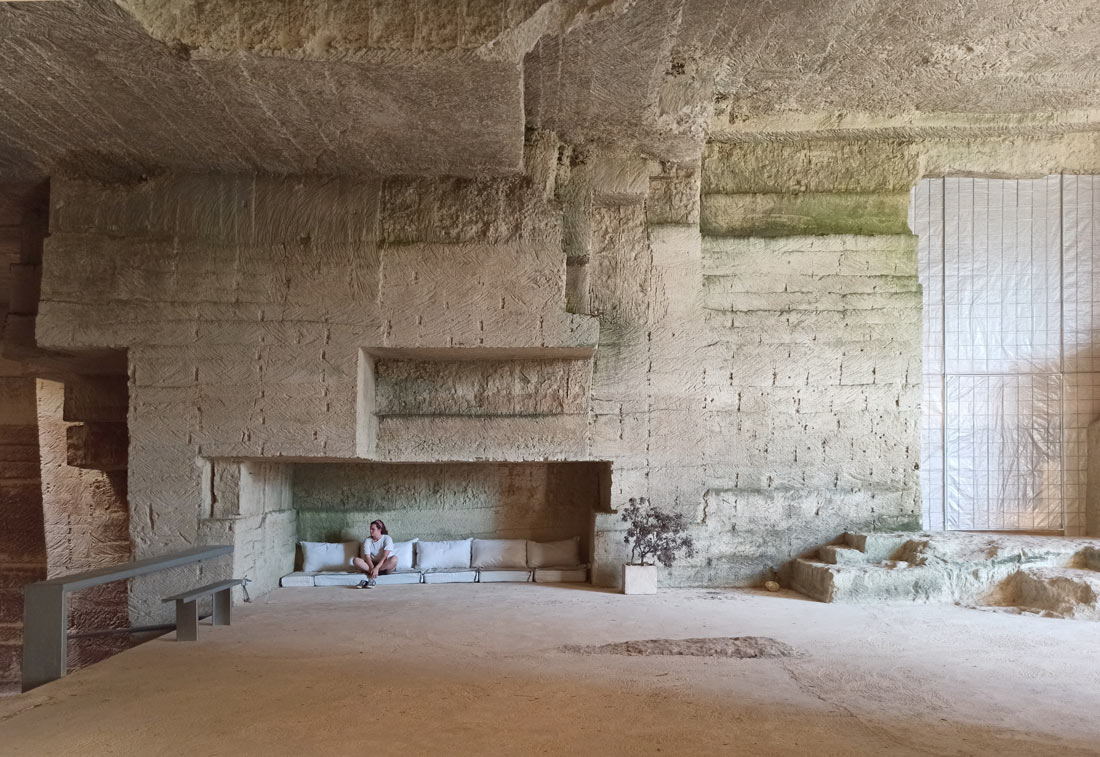 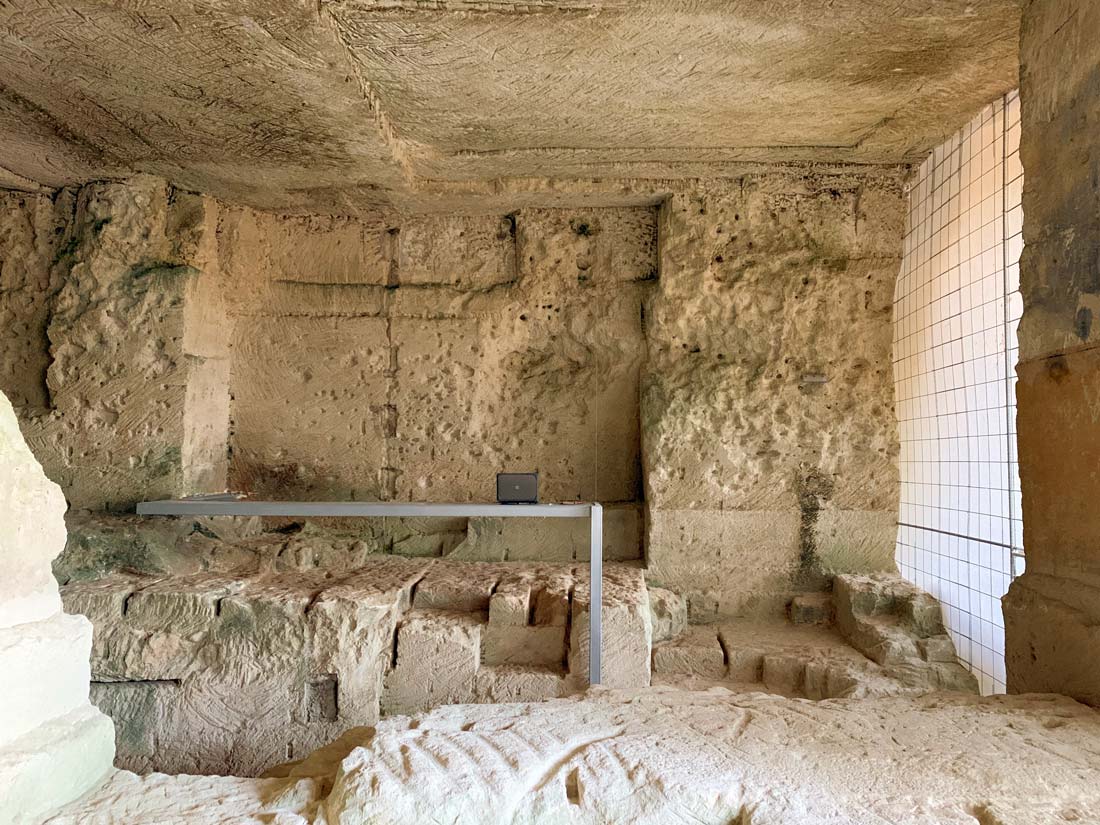 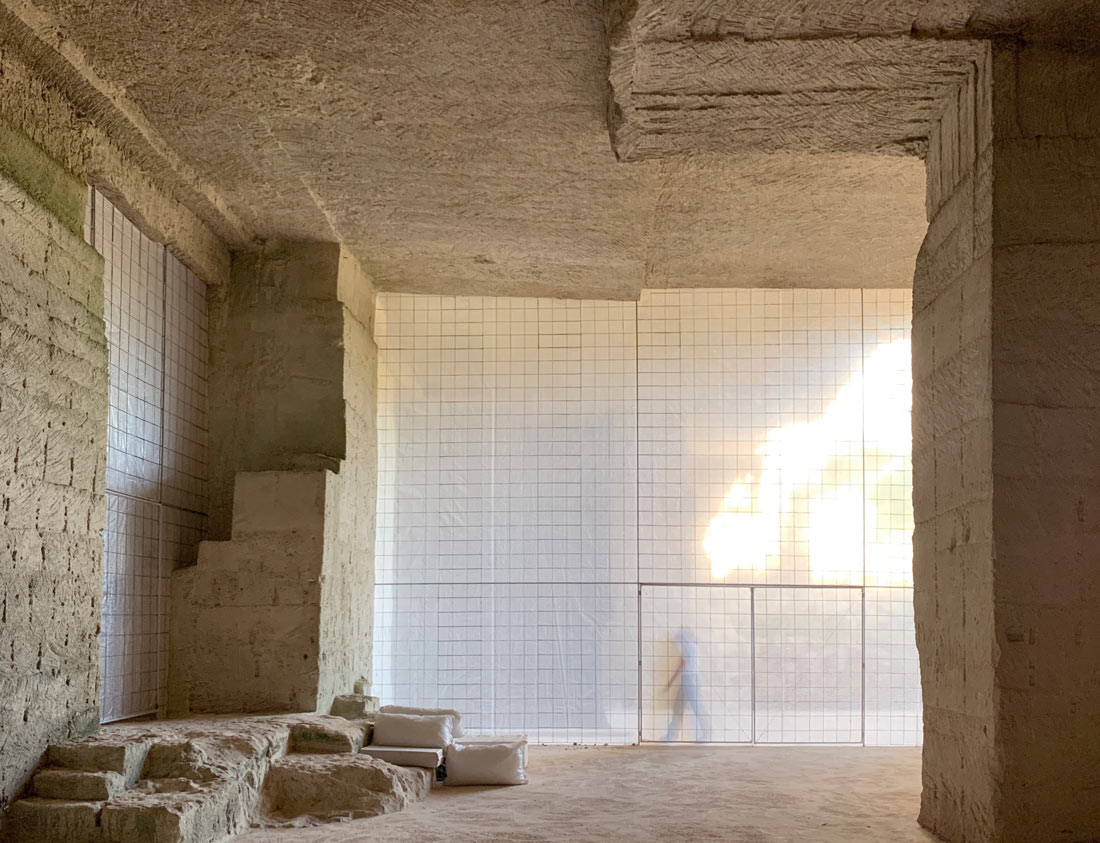 Mechanical systems are integrated through a series of casted slabs that follow the topography of the cave, mixing cement with Marès powder to create a new stone. Solar panels, a septic tank and a water cistern enable its use off the grid.

Architecture appears, and we can inhabit the space. 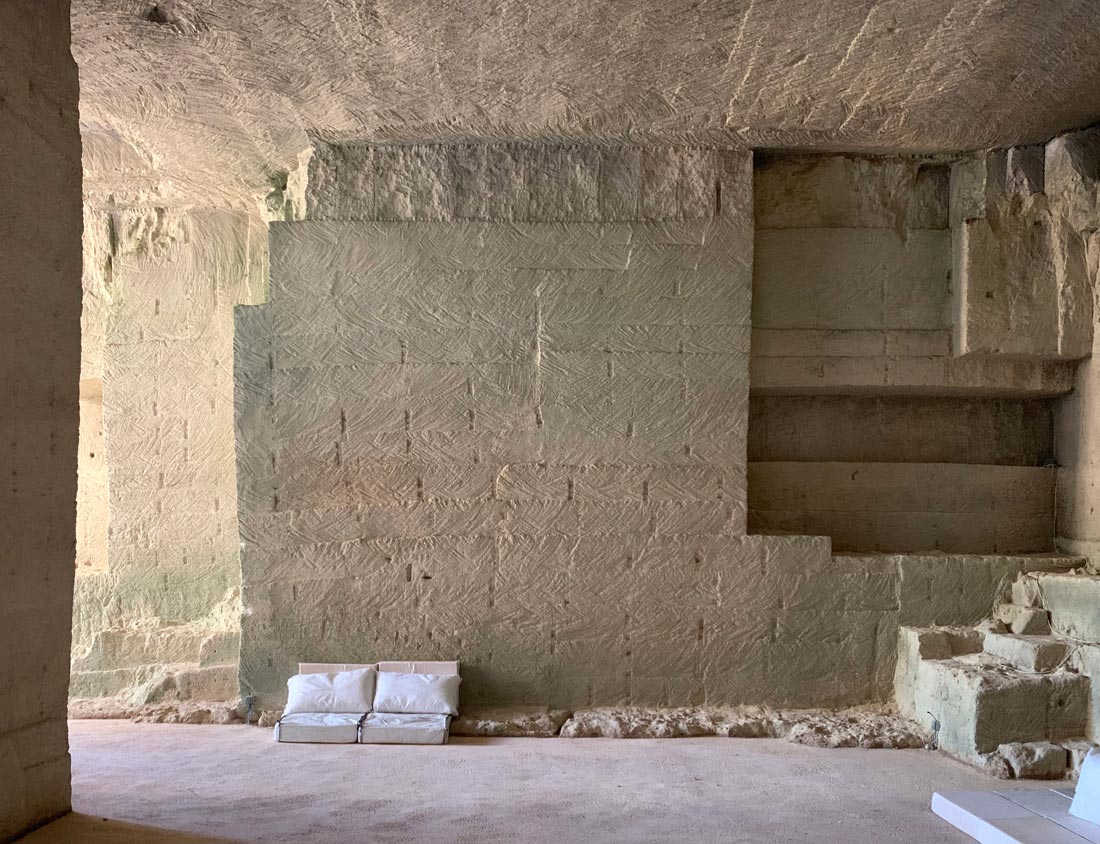 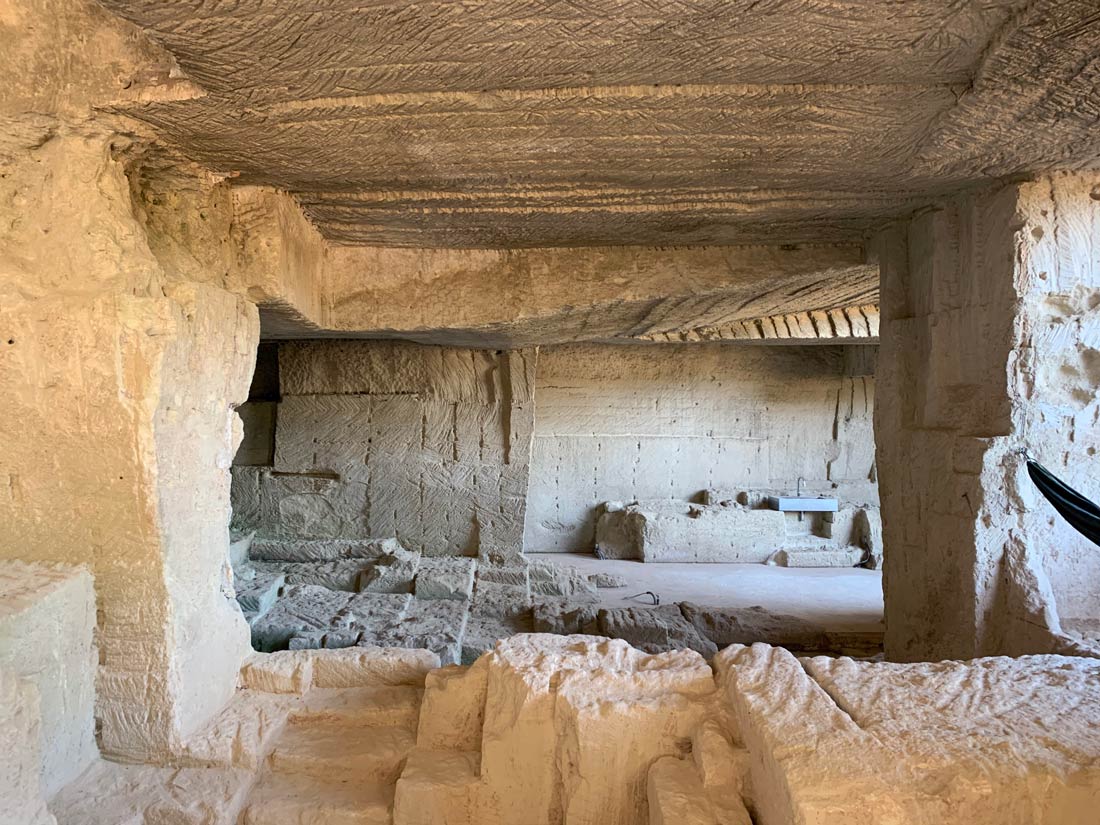 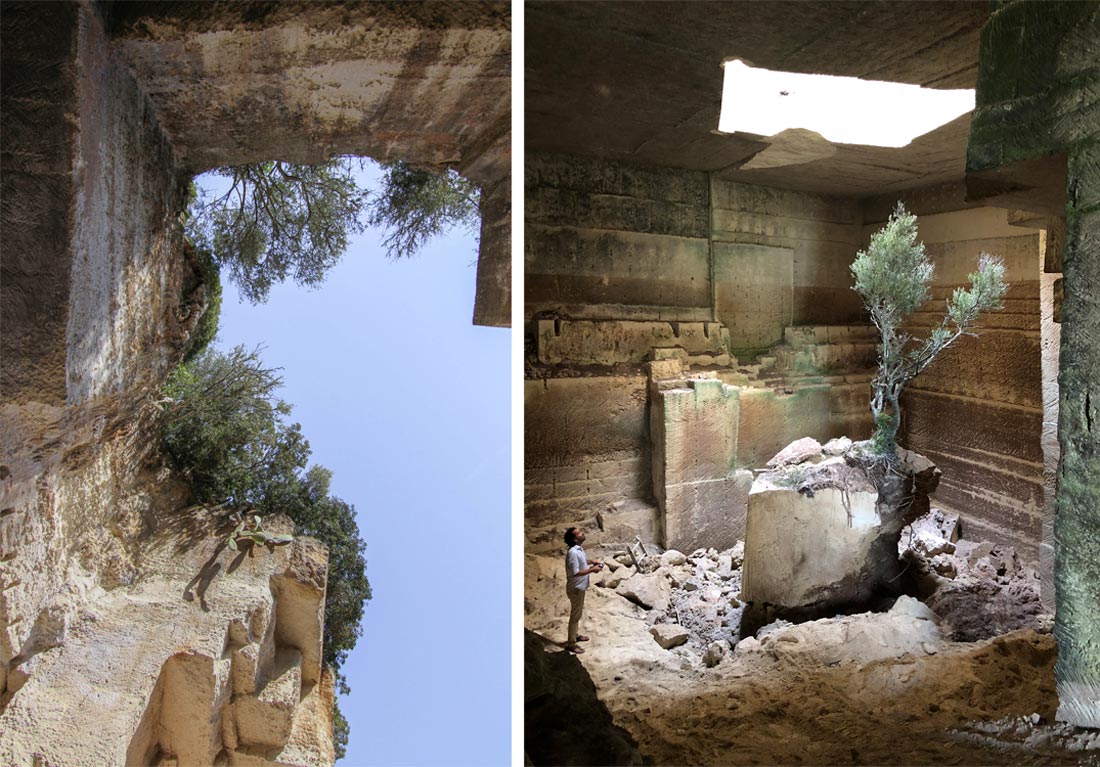 In lieu of the imposing action that we often exert on the environment, we propose a trip into the interior of matter, and we recognize the beauty of the spaces that are waiting to be lived in. This is a project that boldly seeks a balance between nature and artifice, between history and the present, between people and the environment. 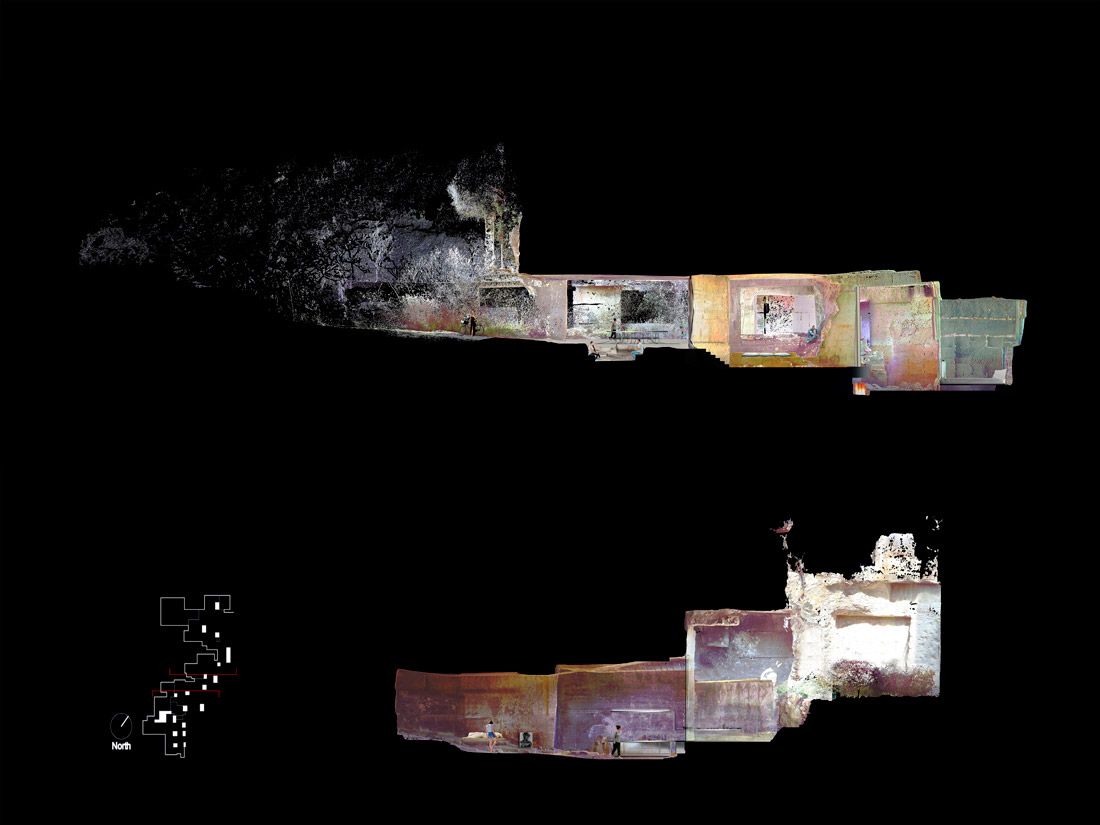 « Brasilia Off the Map
Quarries as Space and Resource »