This project has been underway for a decade and has involved the design and construction of a bioclimatic building in the center of the city of Cali, as well as the subsequent management of various interventions to promote environmental care activities among the people living in it and visiting it. 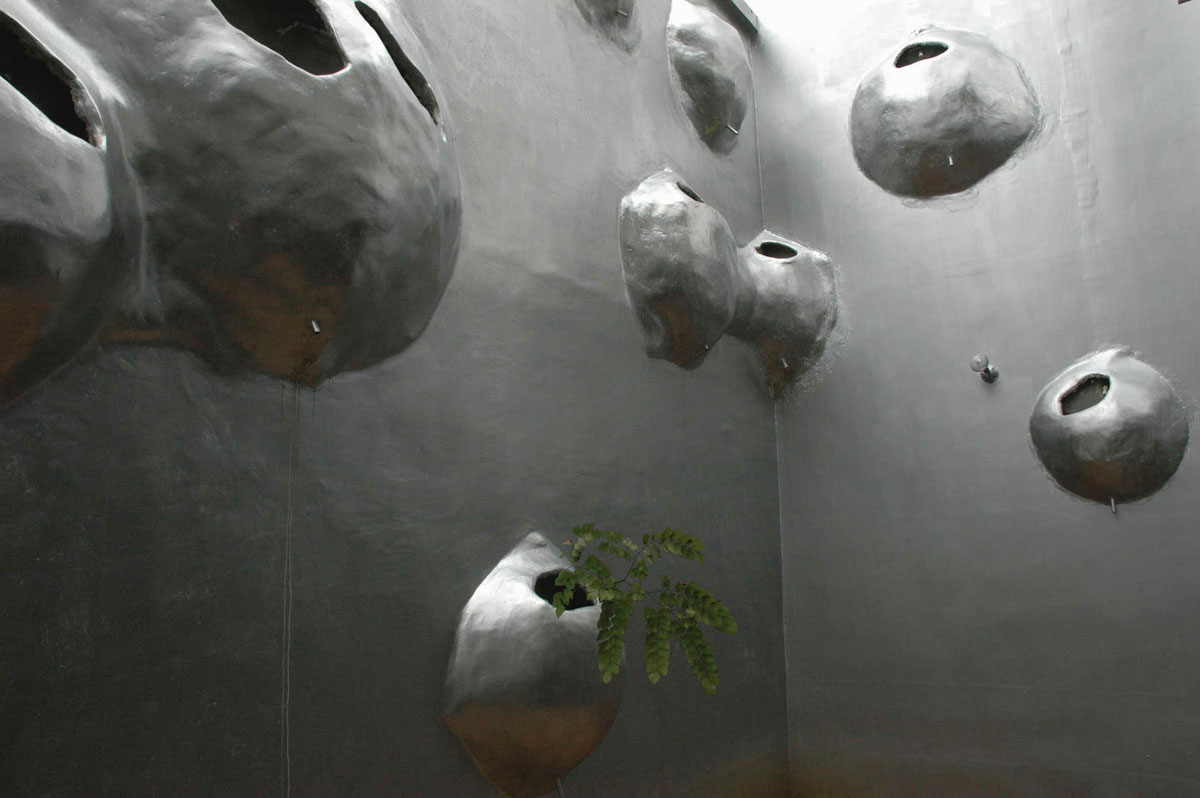 The building is a Host and Nectar Garden Building (EJHNMC, in its Spanish acronym) that includes households and work areas. It was originally conceived as a building for Taller Croquis, a small workshop specializing in clothing and decorative items in Cali, which was branching out through a myriad of small distribution points around the world. 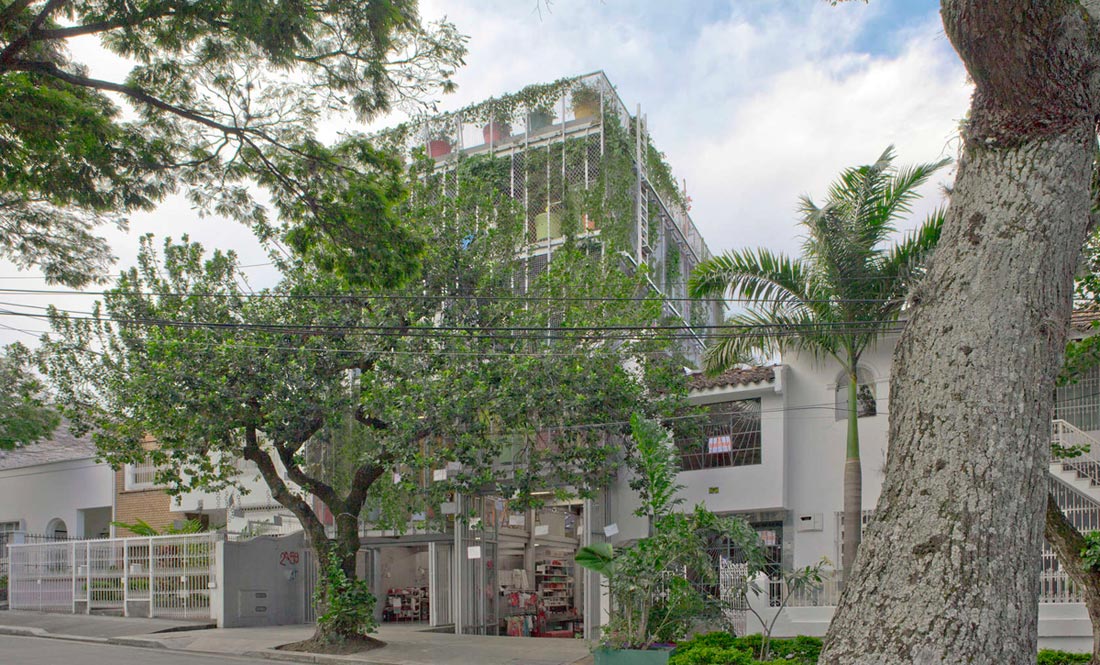 The green façade provides a comfortable microclimate within the building, reduces energy consumption and can be used as a prototype for a welcoming domestic garden for all the insects and birds in the area, which rely on a network of green corridors to move around. 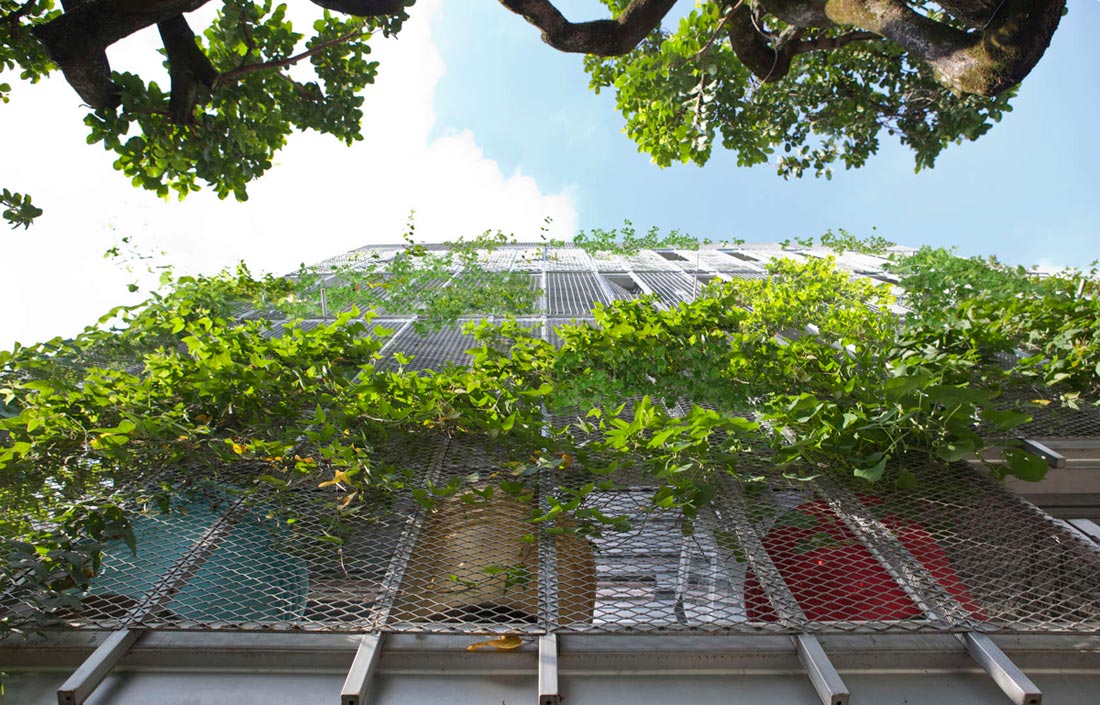 This is achieved by means of two different actions:

The first one involves using bushes and climbing plants from the local ecosystem (mainly nectar and host plants for butterflies), which are also part of the habitat for birds and other local insect species. The building uses the presence of butterflies as a biometer to gauge the quality of the environment and lend visibility to the unique value of the biodiverse ecosystem where it is built. Butterflies are generally one of the most effective indicators of an ecosystem’s quality and biodiversity, and they are especially important in this area, which is home to the greatest diversity of butterflies in the world. 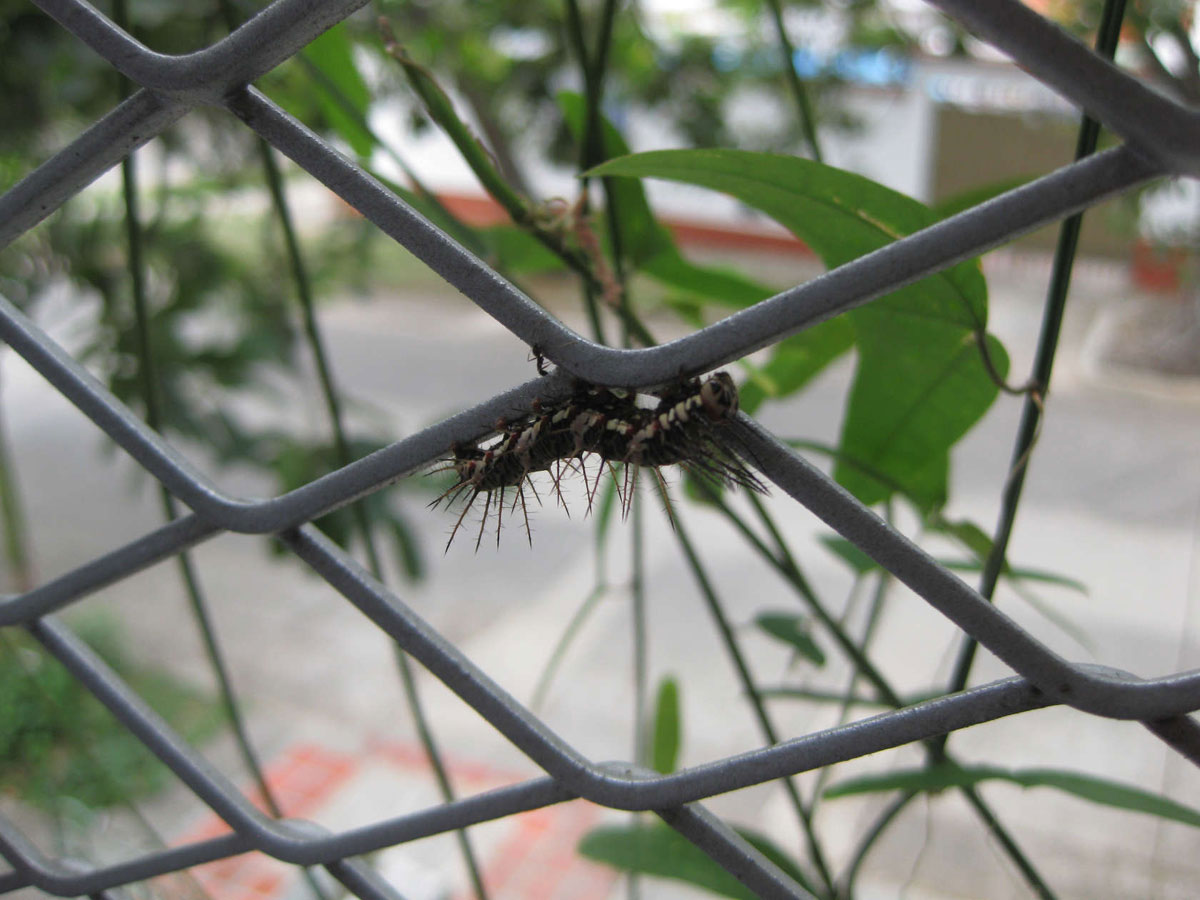 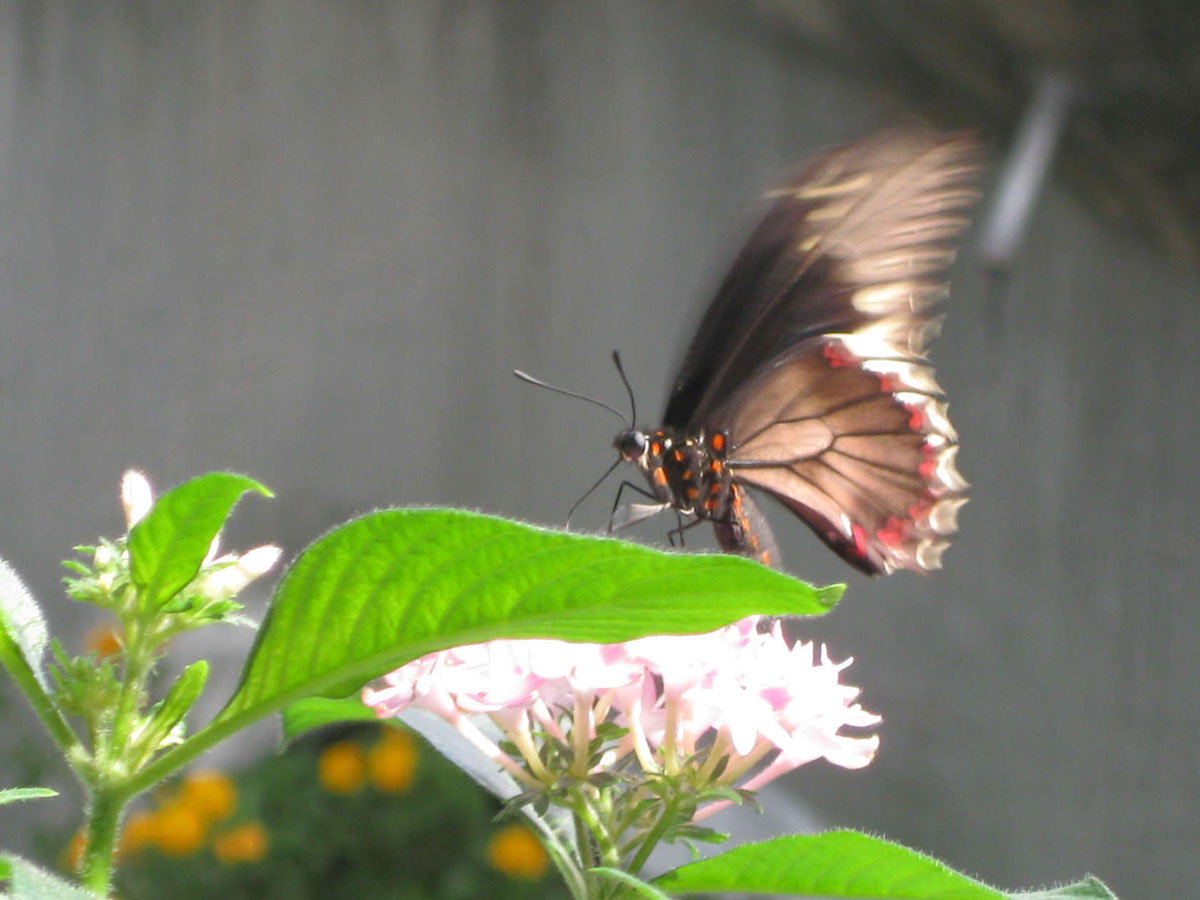 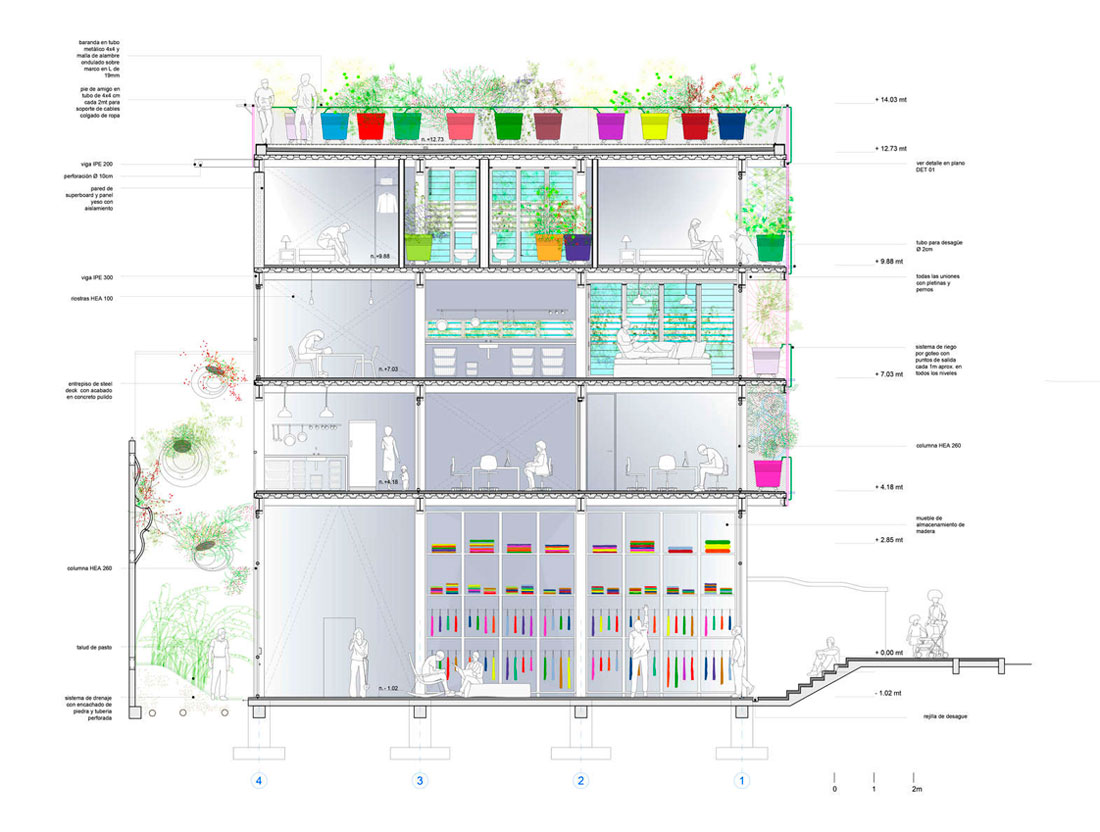 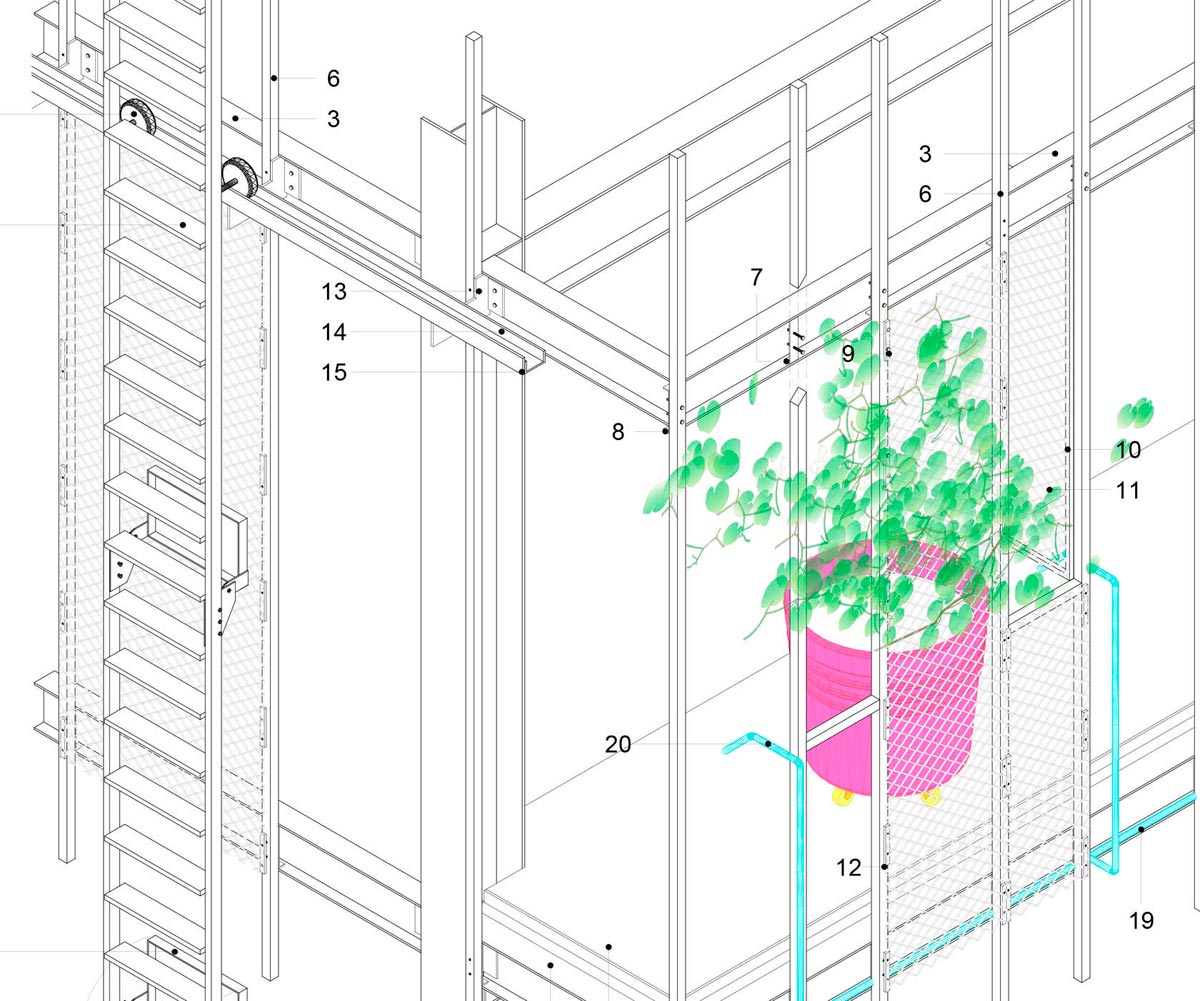 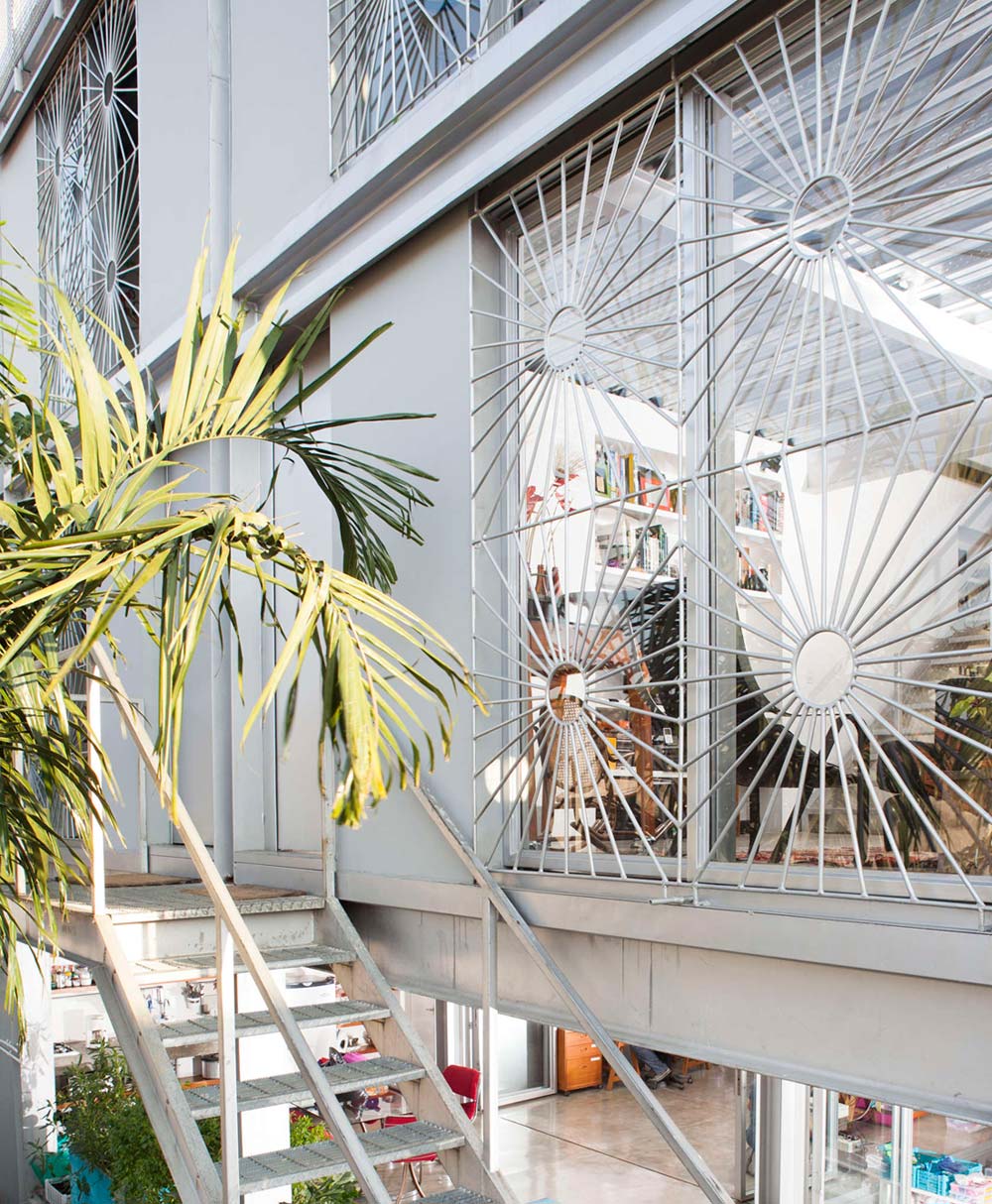 The second action occurred in parallel to the design of the building-garden and was developed with the assistance of biologists and the Cali zoo: it involved encouraging and supporting the dissemination of information about the importance of the natural singularity of Cali within the world to create new bonds between the Caleños visiting the shop and their natural environment. The dissemination activities included handing out seeds and brochures to the building’s visitors and organizing workshops for neighborhood children. 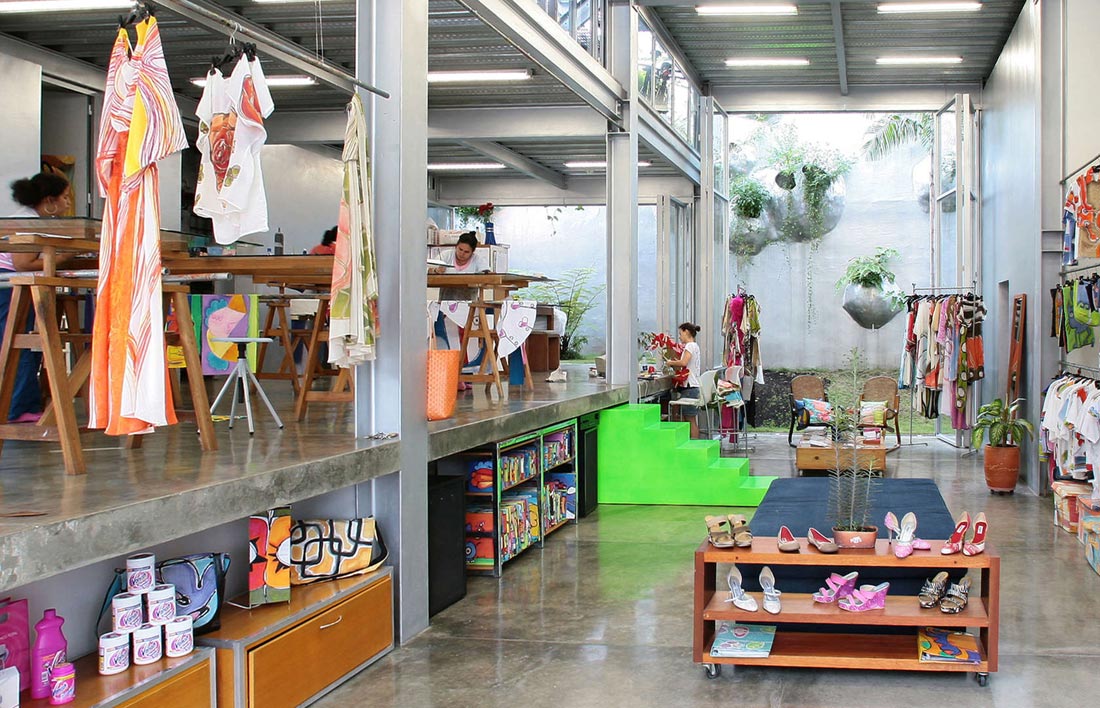 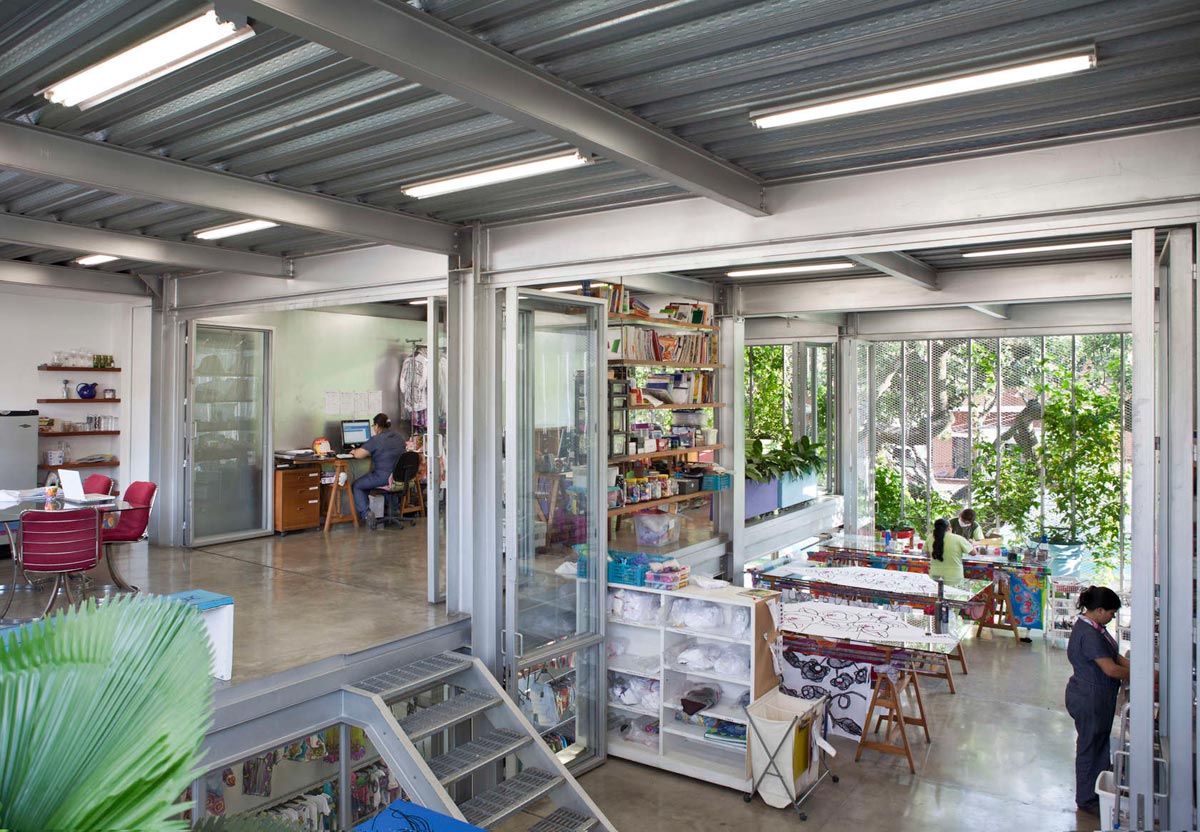 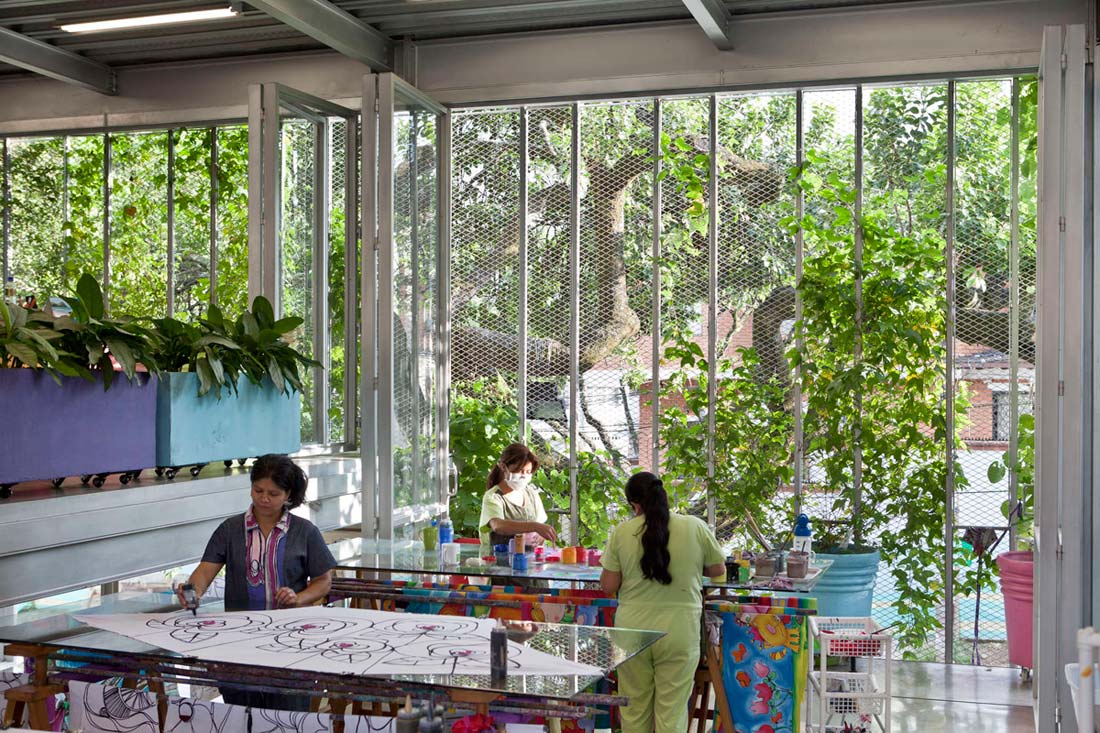 The purpose of these actions was to preserve the green corridors within the city, encouraging those receiving the seeds to plant them on their balconies, front gardens and patios.

The design and management of the building-garden has helped the garden work as a set of effective multimedia devices, which strengthen the symbiotic relationships between the house/workshop and its environment and are acknowledged as entities operating on scales ranging from the local to the global.

The social and natural processes occurring therein over time have turned it into a test bench for the architectural approach to some of the dynamics and temporalities of the city’s ‘biological component’. 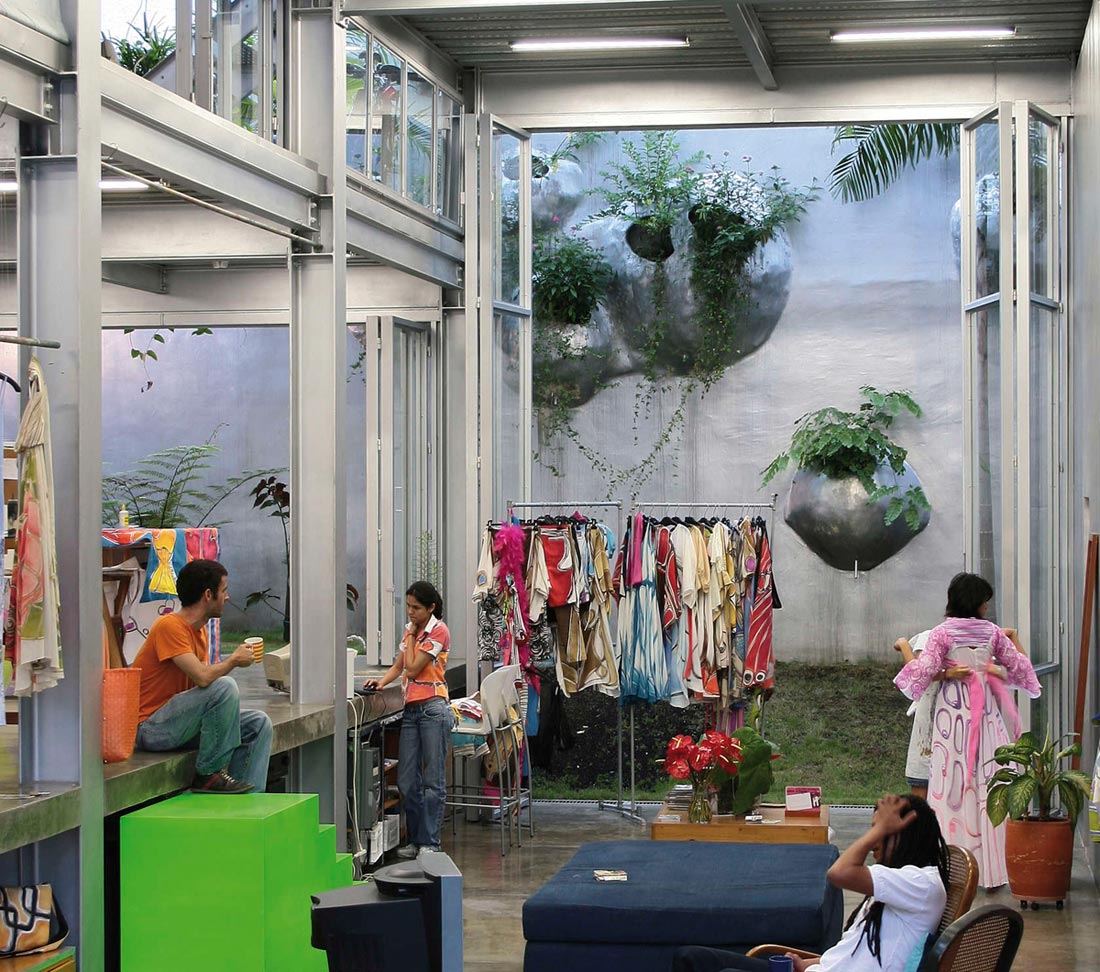 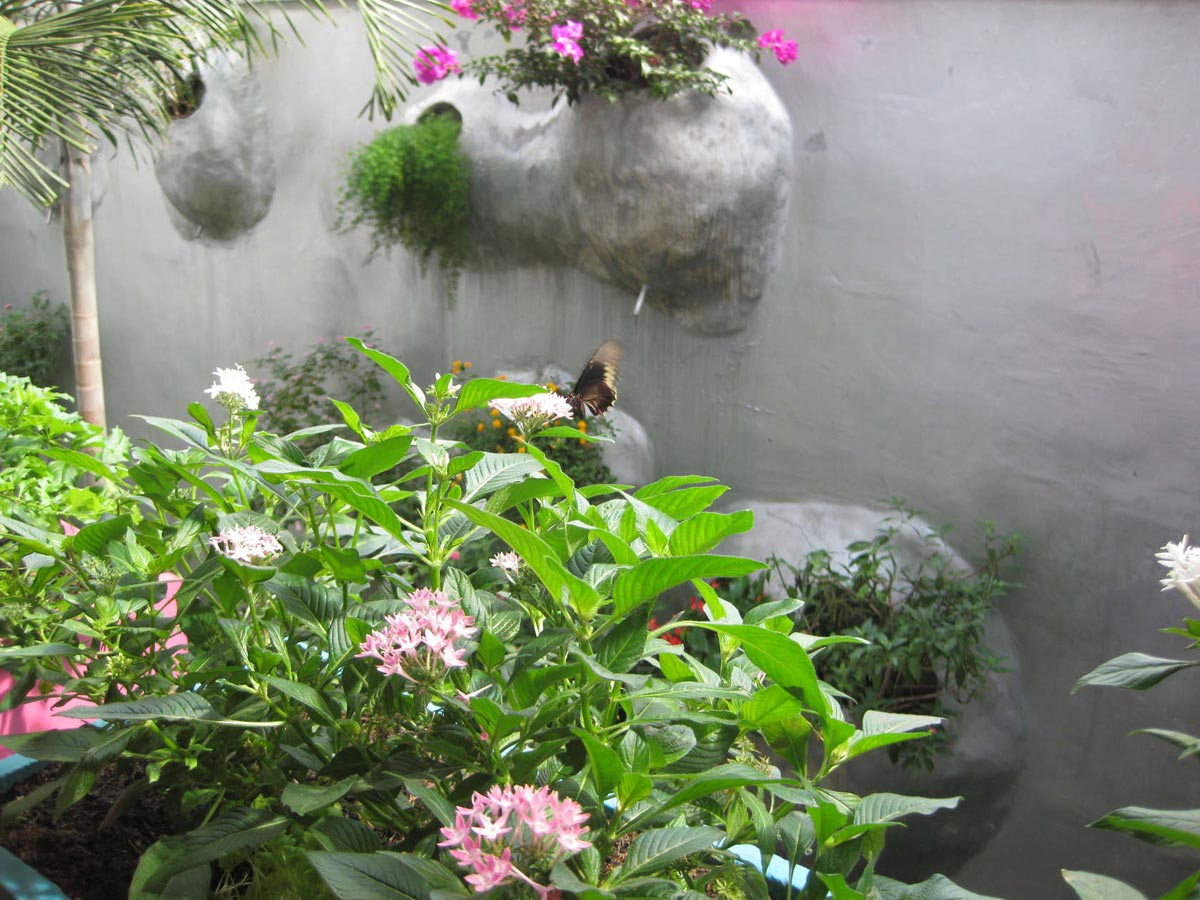 Bioclimatic Prototype for a Garden Building with Host and Nectar Plants for Cali’s Butterflies from Husos Architects on Vimeo.