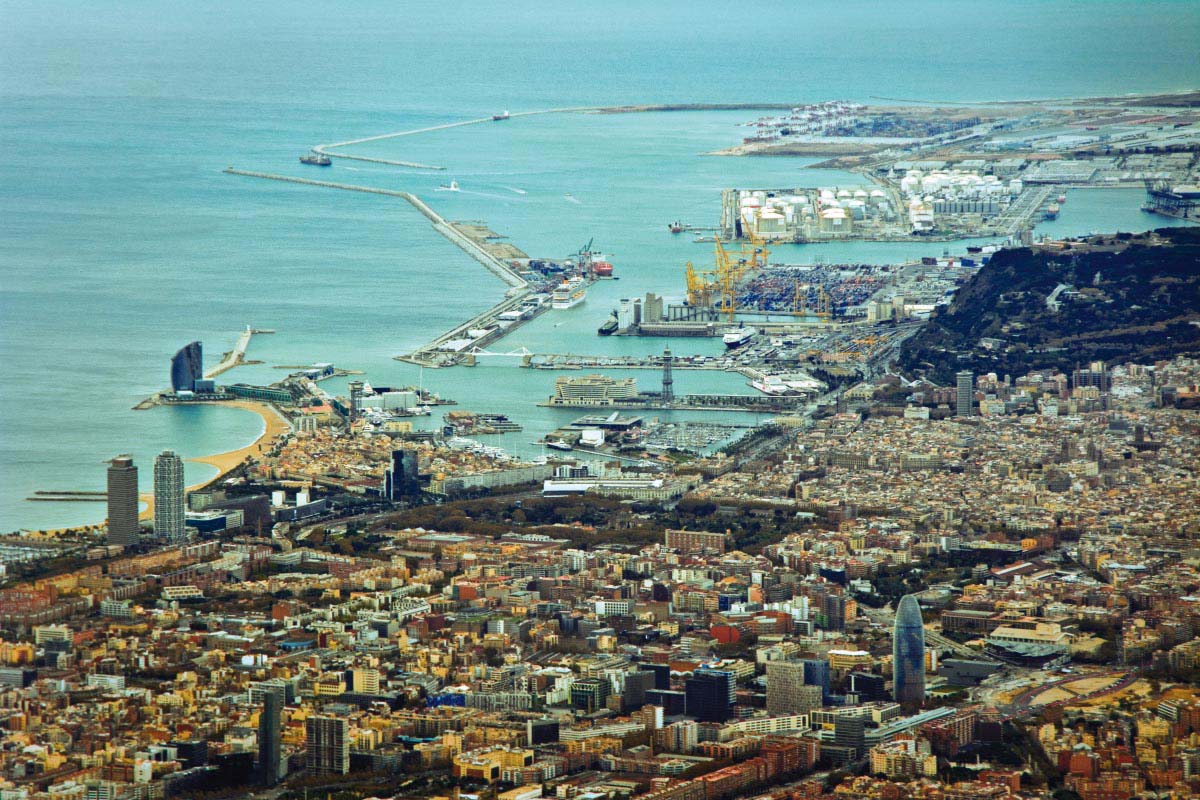 Jon Tugores’ Barcelona lifts our gaze to a new vantage point over our city, revealing a new territorial scale that has never been shown before.

Jon Tugores has managed to reinvent urban aerial photography through his determination to capture multiple moments over a period of several years from the same position in the cockpit of an airplane or a helicopter. The images bring the geographic scale and the urban scale face to face, emerging from an atmospheric mist, as the sunlight filters through. Jon Tugores has the ability to connect the passion and beauty of a territorial aerial image with the direct compression of a humanized landscape.

When Jon takes pictures, he is also drawing.

His images of Barcelona are images of a capital city.

At this scale, when it is represented in plan, we see the large-scale transport infrastructures and the large natural parks – it is the scale of a territorial map, where it is very hard to discern urbanity and humanity. But Jon Tugores’ photographs, which often represent this scale, can create a precise ethereal image, where the city seems to have grown up as a natural process in the territory, with landmarks, profiles, silhouettes, and structures that match nature. And through these images we see humanity, order, abstraction, and life.