Excerpt from Landscape as Territory by Clara Olóriz Sanjuán, published by Actar Publishers.

Climate-change narratives are re-shaping the way in which we see the world. The Arctic and the Antarctic have been historically left out of conventional world maps or unproblematically distorted in such maps. Unfortunately, we are growing more and more accustomed to semi-apocalyptic polar projections, such as the North Pole atlas (Figure 1), due to rapid climate change fuelled by the common (global) denominator of excessive fossil-fuel consumption. The melting of the polar ice fields, the collapse of glaciers, and the resultant alteration of the attendant ecosystems (e.g., tundra and fisheries) has led to economic and military competition over the control of these once-buried resources, once-frozen polar sea routes and once-ignored international borders. 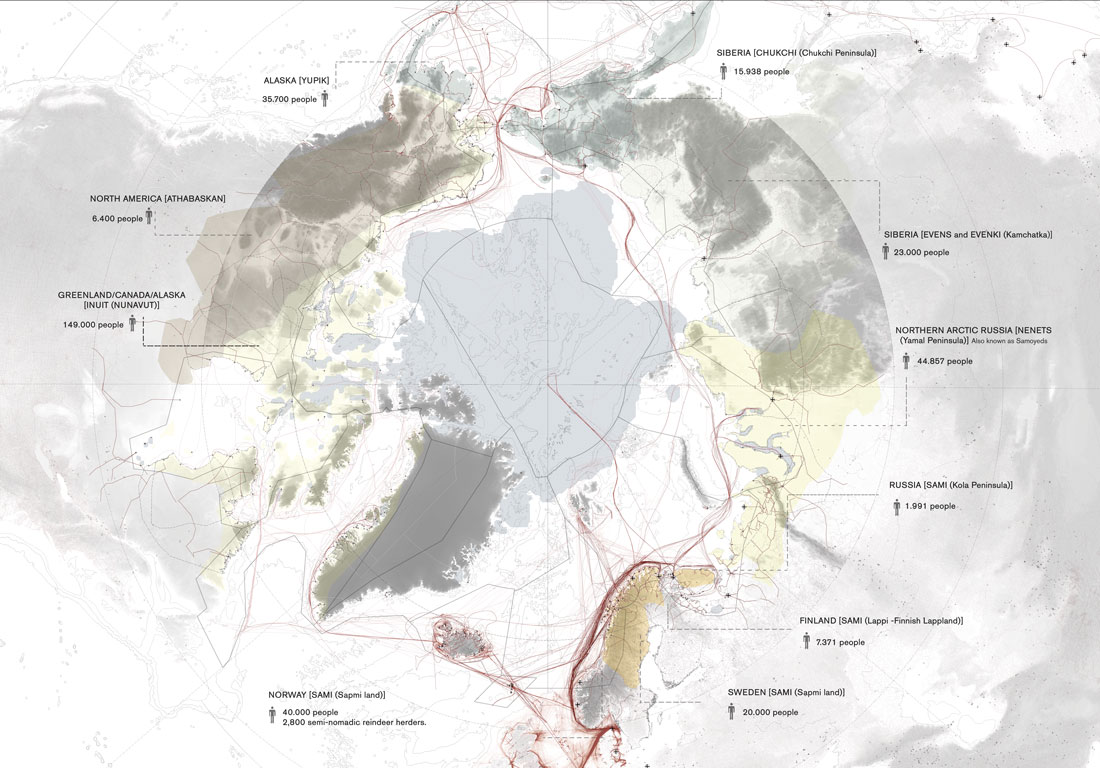 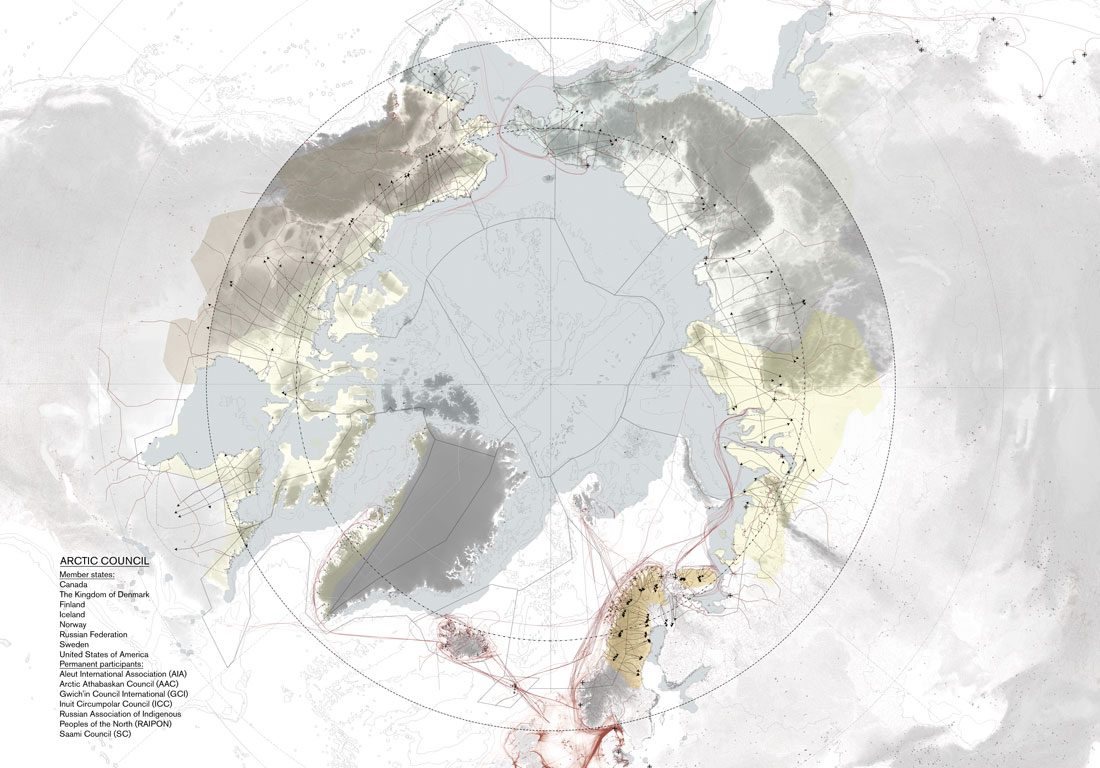 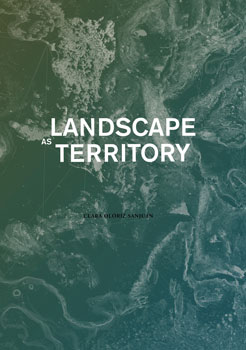 [1] ‘Some aspects of traditional Sámi reindeer herding knowledge can be held to correspond with scientific knowledge; others differ from it or go beyond the subject area with which western scientific knowledge has been occupied’ (Sara, 2009, p. 153). [2] ‘The reindeer herding Sámi way of thinking stands for a day-to-day relation to questions of sustainability and ethics, which I term “a siida way of thinking,” as opposed to the economic and ecological modelling encountered in official and administrative thinking and direction’ (Sara, 2010). [3] ‘Elle Hansa (Keviselie): Mapping Sámi Culture’ (Perry, 2019). [4] Similarly as part of the ICE LAW research: ‘At present, Inuit communities and organizations are being involved gradually in conversations regarding Arctic shipping, but this engagement typically takes the form of community consultation rather than active participation in shipping governance’ (Aporta, et al., 2018). [5] Evans, as cited in Petersen’s review of ‘Modelling simulation,’ a special issue of Science in Context. See ‘Models as technological artifacts’ (Petersen, 2000). [6] Spencer (2017, p. 182), referring to Banham, Los Angeles: The architecture of the four ecologies (1971). ‘The cybernetic traffic system operates at a level of complexity that demands the “willing acquiescence” of the driver to its systemic commands. The human is too slow to calculate and respond effectively in this environment and must give up its own agency to that of the system’s.’