Architects who Democratize Technology through Speculation

Liam Young calls himself an “architectural storyteller.” He uses fiction and film to explore visions of the future that amplify trends and technologies already present, challenging viewers to confront a not-so-distant reality. Young, who often collaborates with science fiction writers, technologists, and urbanists, casts a wide net: In addition to his London-based think tank Tomorrow’s Thoughts Today (cofounded with urbanist Darryl Chen), he helps run Unknown Fields Division, a roving global research studio that scours little-explored parts of the world for hints of future technologies and alternative narratives, and helms SCI-Arc’s Master of Arts in Fiction and Entertainment program. AN asked Young about his practice, his recent films, and the power of storytelling.

The Architect’s Newspaper: Let’s start by talking about Tomorrow’s Storeys, the film you produced for the Documenta exhibition in Athens this year.

Liam Young: Basically, the setup is that the evolution of Airbnb and other smart city systems has created a condition where ownership as we know it has been totally rewritten and we now just lease a full area or volume. It’s an animated film where you drift through a building, eavesdropping on conversations that were written as part of a public futurist think tank. The Athens apartment blocks [in the film] are based on the dominant building form in Athens, this housing block that’s almost conceived like Corbusier’s Dom-Ino: a concrete frame with flat slabs that are infilled across time. The film imagines a fleet of builder bots that remake, demolish, and build partition spaces and volumes as they are required. So you no longer own a piece of property, you just own volume—but that volume might shift or reform itself at any time as needed. So cities are remade based on networking technology. 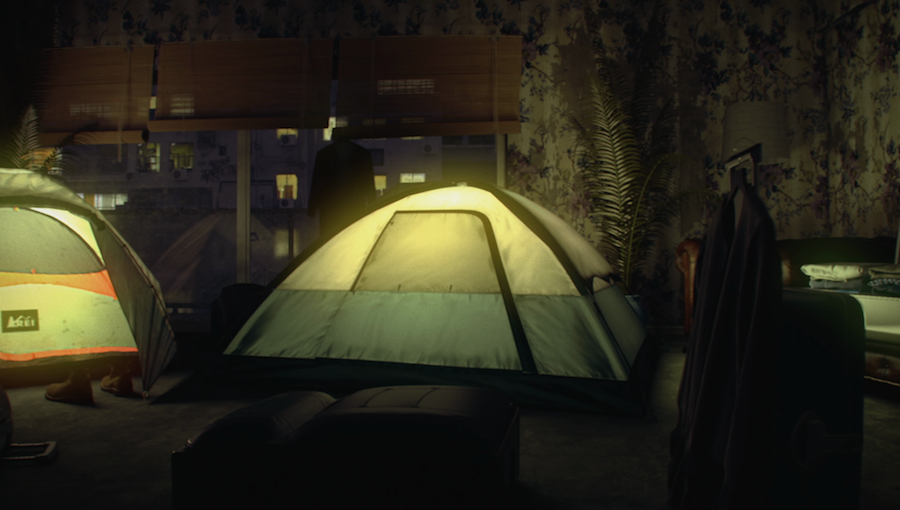