After Nature: Museum of Lost Volumes

This essay is an excerpt of Architecture as Measure by Neyran Turan. Published by Actar Publishers

The city gives the illusion that earth does not exist.
—Robert Smithson, “Sedimentation of the Mind” (1968)

In the concluding section of his 1864 book, Man and Nature; Or, Physical Geography as Modified by Human Action, American diplomat, historian and conservationist George Perkins Marsh writes: “It is a legal maxim that ‘the law … [does not concern] itself with trifles,’ … but in the vocabulary of nature, little and great are terms of comparison only; she knows no trifles, and her laws are as inflexible in dealing with an atom as with a continent or a planet.” He goes on to say that “every new fact, illustrative of the action and reaction between humanity and the material world around it, is another step toward the determination of the great question, whether man is of nature or above her.”[1]

One response to Marsh’s “great question” might hold that, if nature as we know it is altogether a new phenomenon in light of the Anthropocene, as I have discussed in the introductory chapter, then our ways of relating to nature reside clearly beyond a question of being “of or above” it. Considered to be one of the earliest thinkers about the human impact on nature, or what we now term anthropogenic climate change, Marsh was keen on incorporating natural history into our understanding of human history, echoing the interests of natural historians like Alexander von Humboldt and others who came before him.[2] For Marsh, this kind of integration was essential to moving beyond the inadequacy of human standards of spatial and temporal dimension when understanding natural processes. According to Marsh, human standards were too narrow to assess the vastness of the natural expanses of time and space, due to the limits of our comprehension.[3]
At the same time, these standards were also naïve in terms of understanding the power of the small scale; they failed to recognize the possibility that something that seems trivial could be as significant as the big picture when assessing natural phenomena. 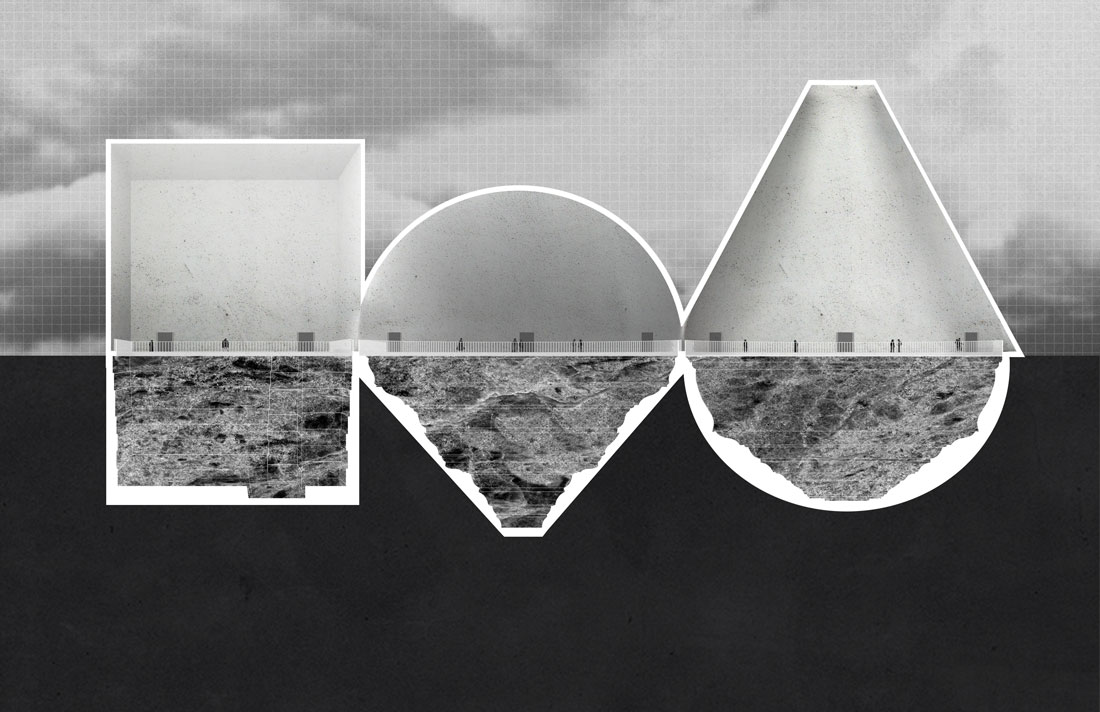 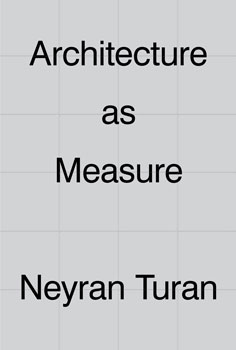 [1] George P. Marsh, Man and Nature; Or, Physical Geography as Modified by Human Action (New York: Charles Scribner, 1864), 548−9. [2] For more on Marsh, see David Lowenthal, George Perkins Marsh: Prophet of Conservation (Seattle: University of Washington Press, 2000). [3] For a history of modern climate science in the nineteenth century as a history of “scaling” (or of moving between different frameworks for measuring the world) and a discussion on Marsh’s work in this context, see Deborah R. Coen, Climate in Motion: Science, Empire, and the Problem of Scale (Chicago: University of Chicago Press, 2018). [4] Dipesh Chakrabarty, “The Climate of History: Four Theses,” Critical Enquiry 35, no. 2 (2009): 197−222. For more on the notion of “geohistory,” see note 10. [5] Dipesh Chakrabarty, “Anthropocene Time,” History and Theory 57, no. 1 (2018): 30. [6] Ibid., 31. [7] Sheila Jasanoff, “A New Climate for Society,” Theory, Culture & Society 27 (2010): 238. [8] For more on disciplinary encounters between geology and architecture in relation to the discussions of origins in the nineteenth century, see chapter 9. Also see Barry Bergdoll, “Of Crystals, Cells, and Strata: Natural History and Debates on the Form of a New Architecture in the Nineteenth Century,” Architectural History 50 (2007): 1−29. For the idea of geohistory, see Martin J. S. Rudwick, Bursting the Limits of Time: The Reconstruction of Geohistory in the Age of Revolution (Chicago: Chicago University Press, 2005). [9] Environmental historian William Cronon’s work is seminal for a wider conceptualization of this point. For instance, when Cronon examines the city of Chicago in his book Nature’s Metropolis through the city’s access to resources and commodities (grain, livestock and lumber) and its relationship to the building of transportation networks as well as the expansion of market supplies in the nineteenth century, he warns that this model of research is not yet well established in either urban or environmental history. “We carefully partition our national landscape into urban places, rural places, and wilderness. Although we often cross the symbolic boundaries between them—seeking escape or excitement, recreation or renewal—we rarely reflect on how tightly bound together they really are. Even professional historians often fall into this trap. Urban historians rarely look beyond the outskirts of cities to the hinterlands beyond; western and frontier and even environmental historians usually concentrate far more attention on rural and wild places than on urban ones. ... [C]ity and country have a common history, so their stories are best told together.” See William Cronon, Nature’s Metropolis: Chicago and the Great West (New York: W. W. Norton, 1991), xvi. See also Bruno Latour, “The End of Nature,” in Politics of Nature: How to Bring the Sciences into Democracy, trans. C. Porter (Cambridge, MA: Harvard University Press, 2004), 25−31. [10] William Cronon, “The Trouble with Wilderness, or Getting Back to the Wrong Nature,” in Uncommon Ground: Rethinking the Human Place in Nature, ed. W. Cronon (New York: W. W. Norton, 1996), 69−90. Neil Brenner and Christian Schmid, “Planetary Urbanisation,” in Urban Constellations, ed. M. Gandy (Berlin: Jovis, 2011), 10−13, and Neil Brenner, “The Hinterland Urbanised?” Architectural Design 86, no. 4 (July 2016): 118−27; Stuart Elden, “Secure the Volume: Vertical Geopolitics and the Depth of Power,” Political Geography 34 (2013): 35−51; Gavin Bridge, “Territory, Now in 3D!” Political Geography 34 (2013): 55−7. Also related would be Stephen Graham, The City from Satellites to Bunkers (London: Verso, 2016); C. Grundy-Warr, M. Sithirith and M. L. Yong, “Volumes, Fluidity and Flows: Rethinking the ‘Nature’ of Political Geography,” Political Geography 45 (2015) 93−5; P. Steinberg and K. Peters, “Wet Ontologies, Fluid Spaces: Giving Depth to Volume through Oceanic Thinking,” Environment and Planning D: Society and Space 33 (2015): 247−64. Architect Eyal Weizman’s work is seminal in this context in terms of its incorporation of the geopolitics of verticality within architecture and urbanism; see Eyal Weizman, Hollow Land: Israel’s Architecture of Occupation (London: Verso, 2007). [11] For a historical account of the idea of wasteland and its centrality for the development of ideas about nature, beauty and sublimity, see Vittoria Di Palma, Wasteland: A History (New Haven: Yale University Press, 2014). For a discussion of the concepts of waste and wilderness as relational instead of dichotomous terms, see “Waste-Wilderness: A Conversation with Peter Galison,” Friends of the Pleistocene, March 31, 2011, http://fopnews.wordpress.com/2011/03/31/galison. [12] Pascal Peduzzi, “Sand, Rarer Than One Thinks,” Environmental Development 11 (2014): 208. [13] For a critique of city-centric urban thinking, see Hillary Angelo and David Wachsmuth, “Urbanizing Urban Political Ecology: A Critique of Methodological Cityism,” International Journal of Urban and Regional Research 39, no. 1 (2015): 16−27. Also see Gavin Bridge, “Material Worlds: Natural Resources, Resource Geography and the Material Economy,” Geography Compass 3, no. 3 (2009): 1217−44. For an earlier call to integrate resource geographies into the architectural urbanist discourse, see Neyran Turan, “Spatial Formats: Oil and Gas Fields of the North Sea,” Thresholds 27 (2004): 89–93. [14] On the role of museums in the development of geology, see Rudwick, Bursting the Limits of Time, 38. Also see chapter 9 for a related discussion on Wonder Rooms. [15] Buffon, cited in Paolo Rossi, The Dark Abyss of Time: The History of the Earth and the History of Nations from Hooke to Vico (1979), trans. L. G. Cochrane (Chicago: Chicago University Press, 1987), 108. [16] Reyner Banham, Scenes in America Deserta (Cambridge, MA: MIT Press, 1989), 191.