YOU Lot YA Paris

Boursorama Banque has moved into its new Parisian head office in Boulogne-Billancourt, designed by Studioninedots. In collaboration with Ateliers 115, Studioninedots created a robust and clear building distinguished by its subtle recesses and terraces but, above all, by the striking façade that interplays rhythms of bronze-coloured blades. 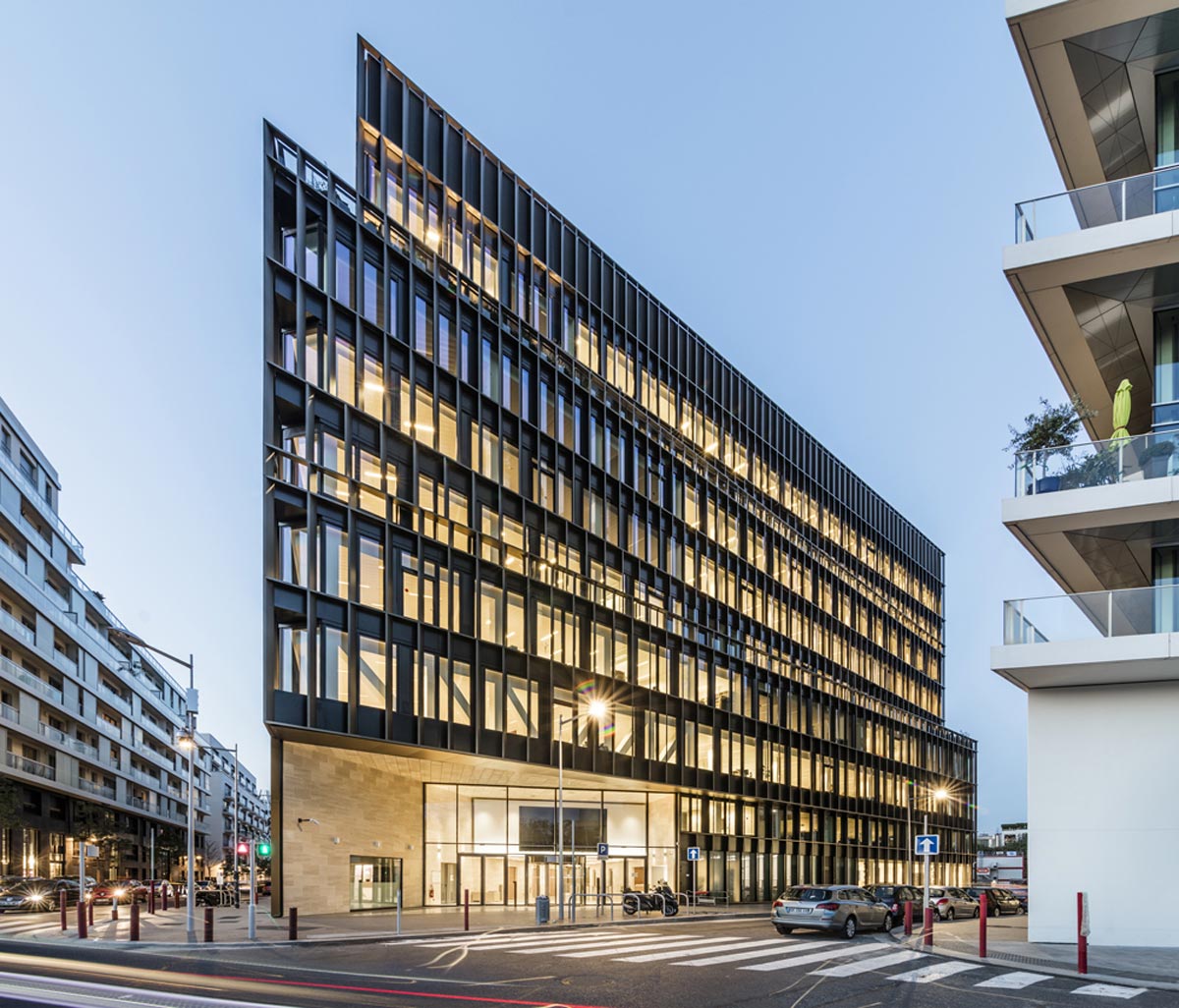 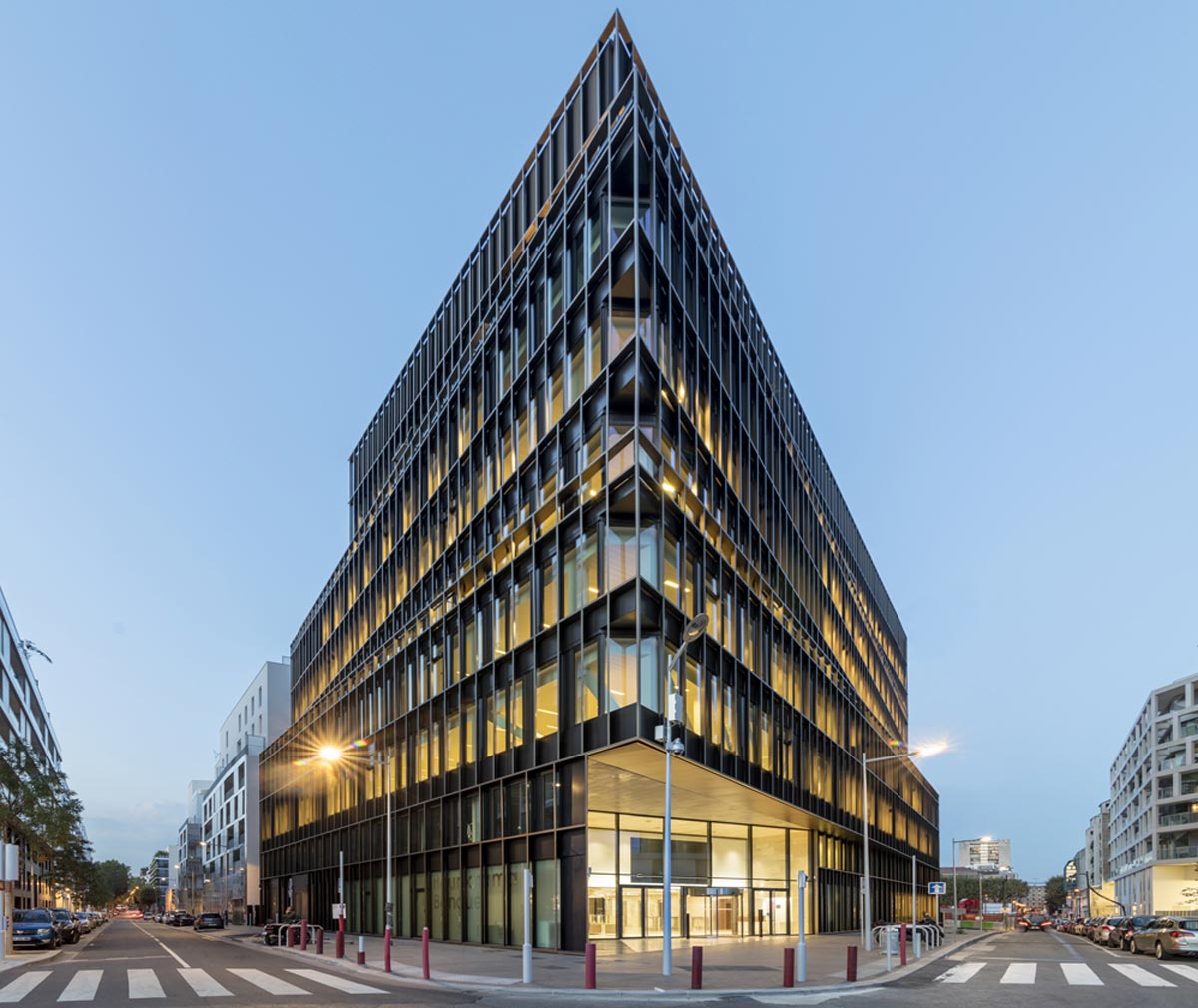 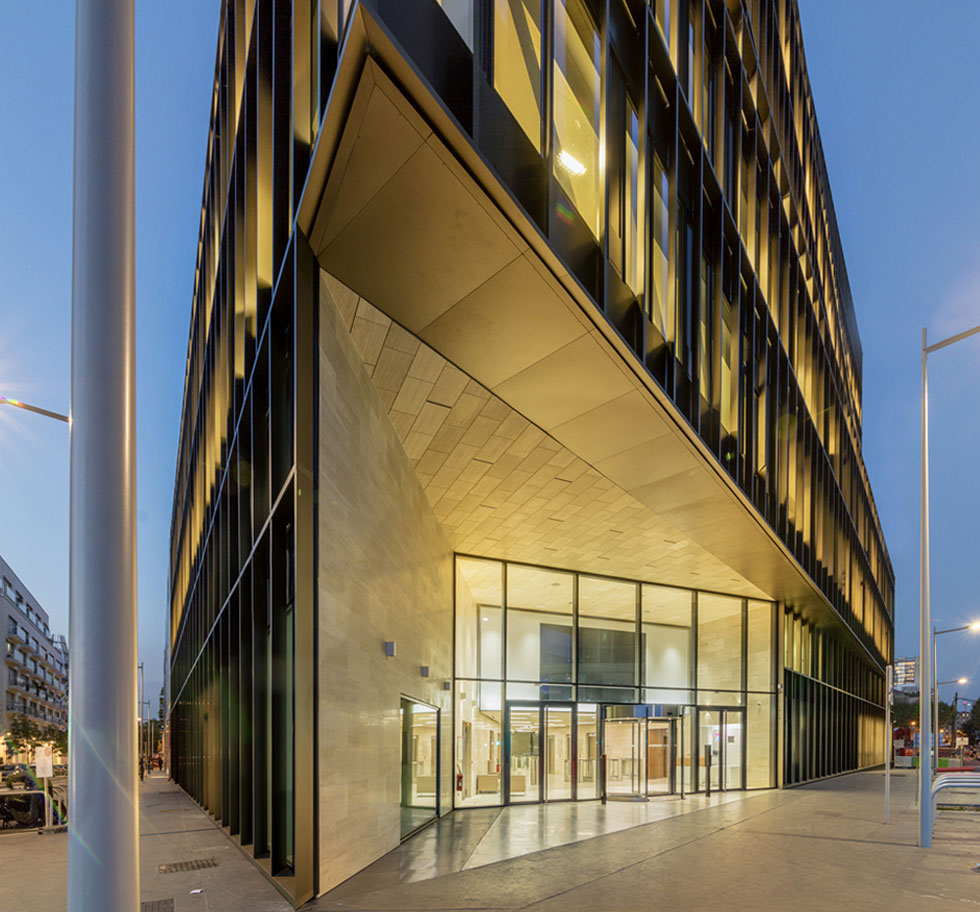 The bank building is situated on a section of the old Renault factory site in Paris. Lot YA sits within a dense urban fabric and points with its southern tip towards the adjacent Parc Billancourt and the river Seine. This resulted in a paradox: optimal views of the park were desired but, simultaneously, incoming direct sunlight had be blocked. 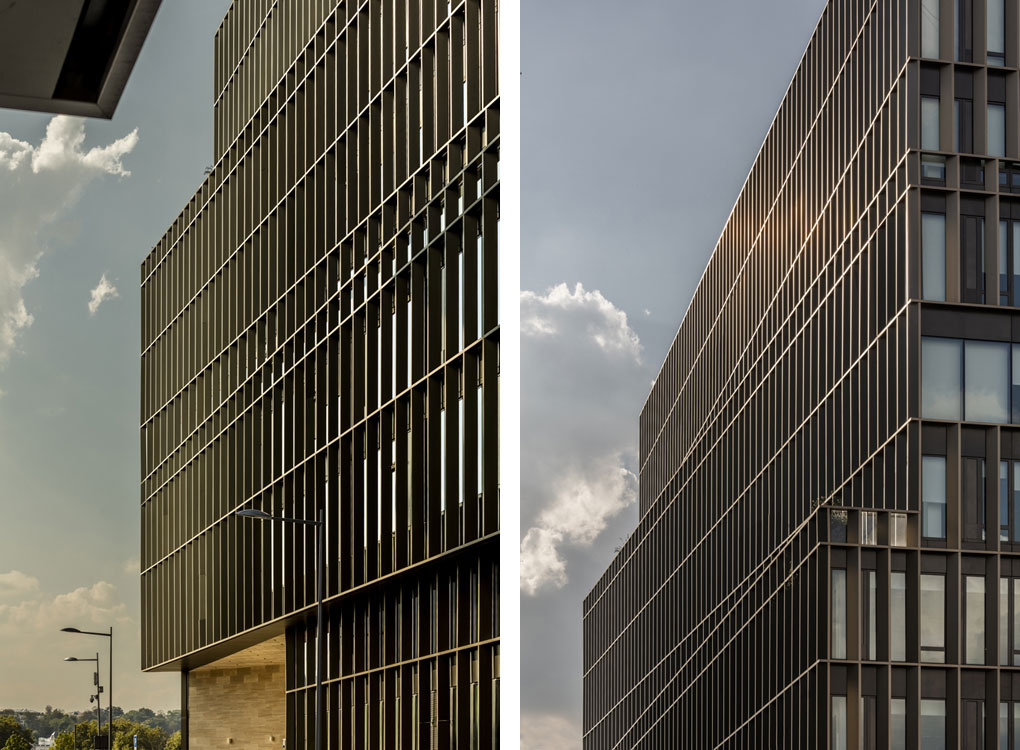 Studioninedots approached the challenge with a clear solution: vertical aluminium blades. By placing them at an angle, the blades block sunlight during the harshest hours while preserving views. The spacing of the blades is determined by the amount of sunlight and the orientation, resulting in a large variety of façade compositions. As one moves around the building, the façades continuously change in appearance. Placing the main entrance on the southern tip positions the bank prominently among the ‘front row’ building on the park and also establishes an interesting vista through the inner court. 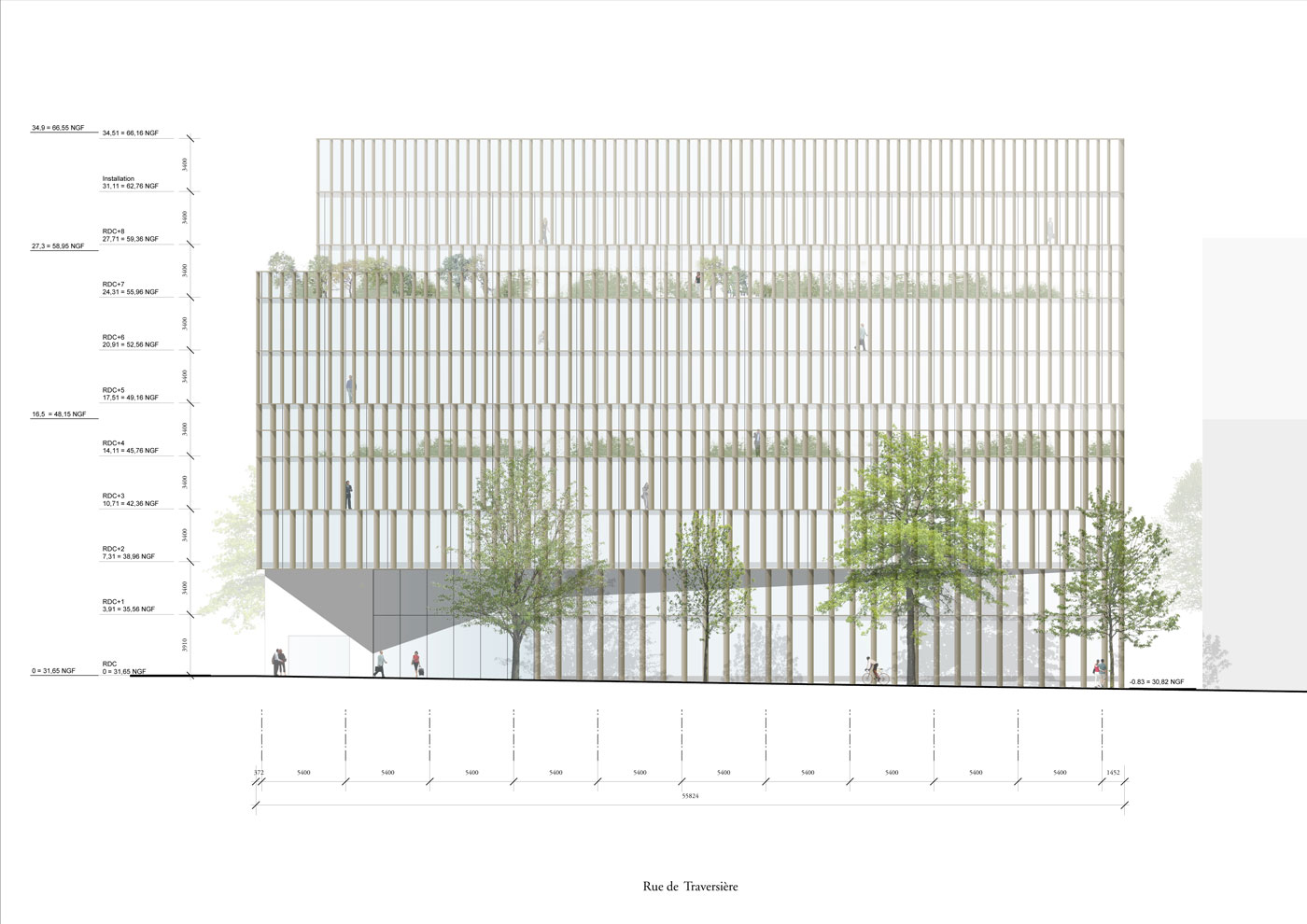 The building is designed to take its place among the high rises on Avenue Pierre Lefaucheux. Utilising horizontal layers, for example in the form of recesses and terraces, it is better connected to the smaller-scale residential buildings in the neighbourhood. 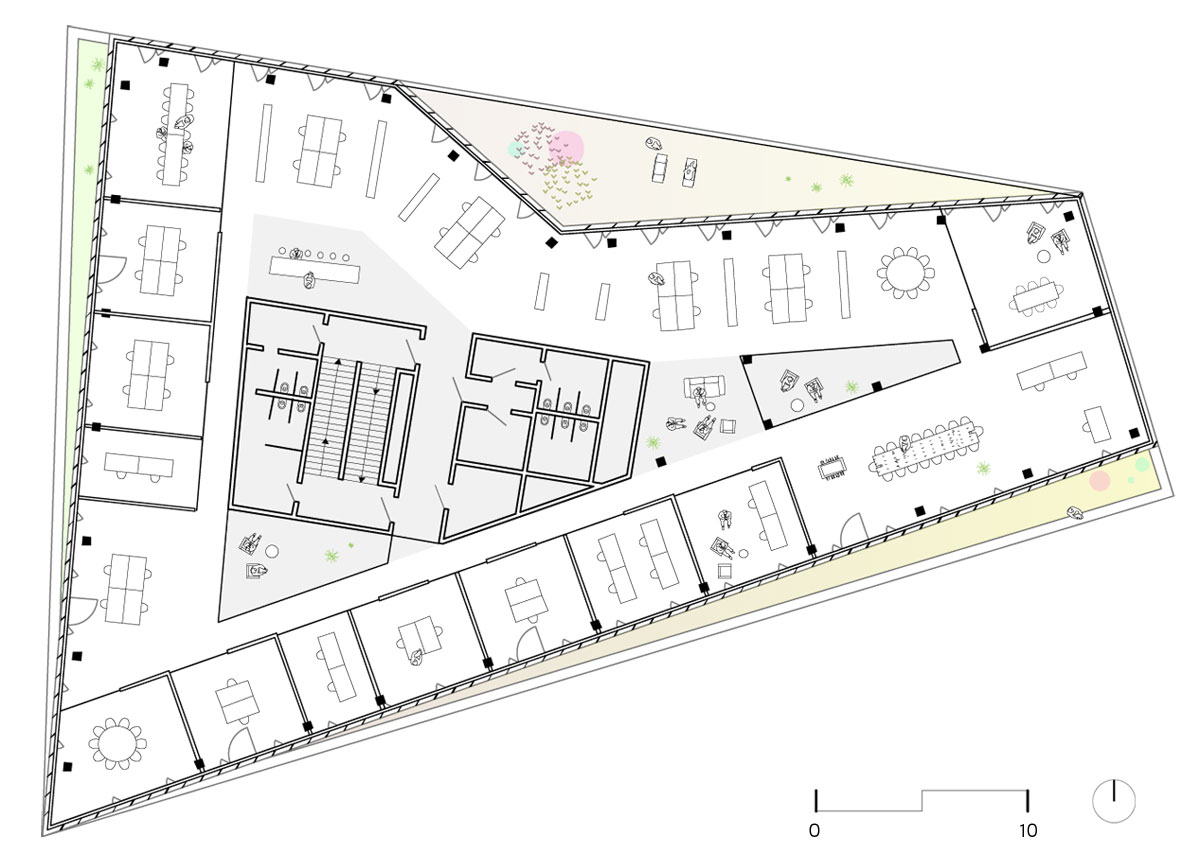 This site comprises the last large-scale development within Greater Paris and will accommodate approximately 15,000 residents and occupants. The urban plan was designed by Patrick Chavannes. Renowned architects including Jean Nouvel, Dominique Perrault, KCAP, LAN and Baumschlager&Eberle have designed individual plots. Studioninedots won the invited competition in 2012 for the development of Lot YA, which was commissioned by an innovative, open-minded client. YOU, Lot YA is the first project completed by Studioninedots in France. 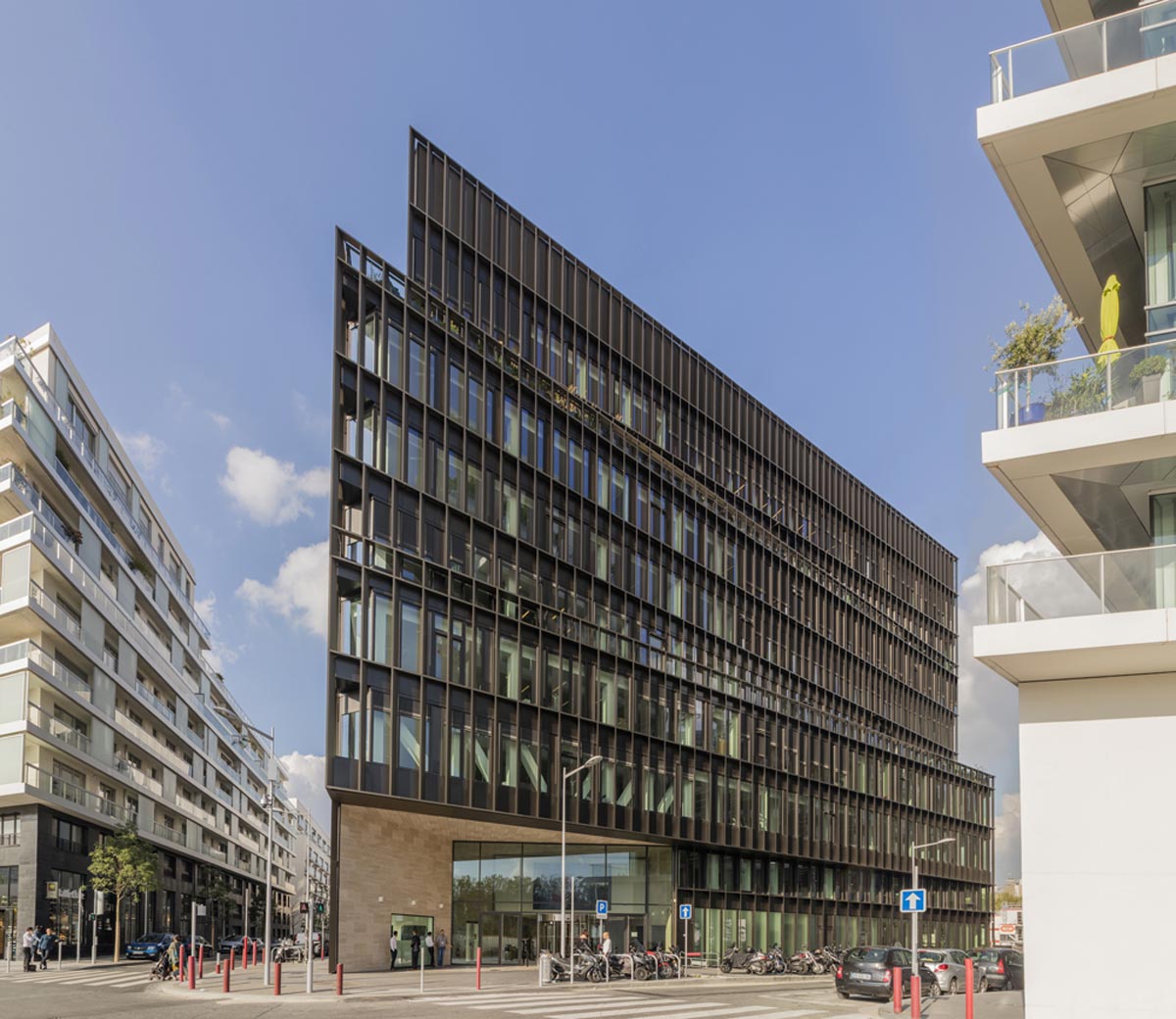 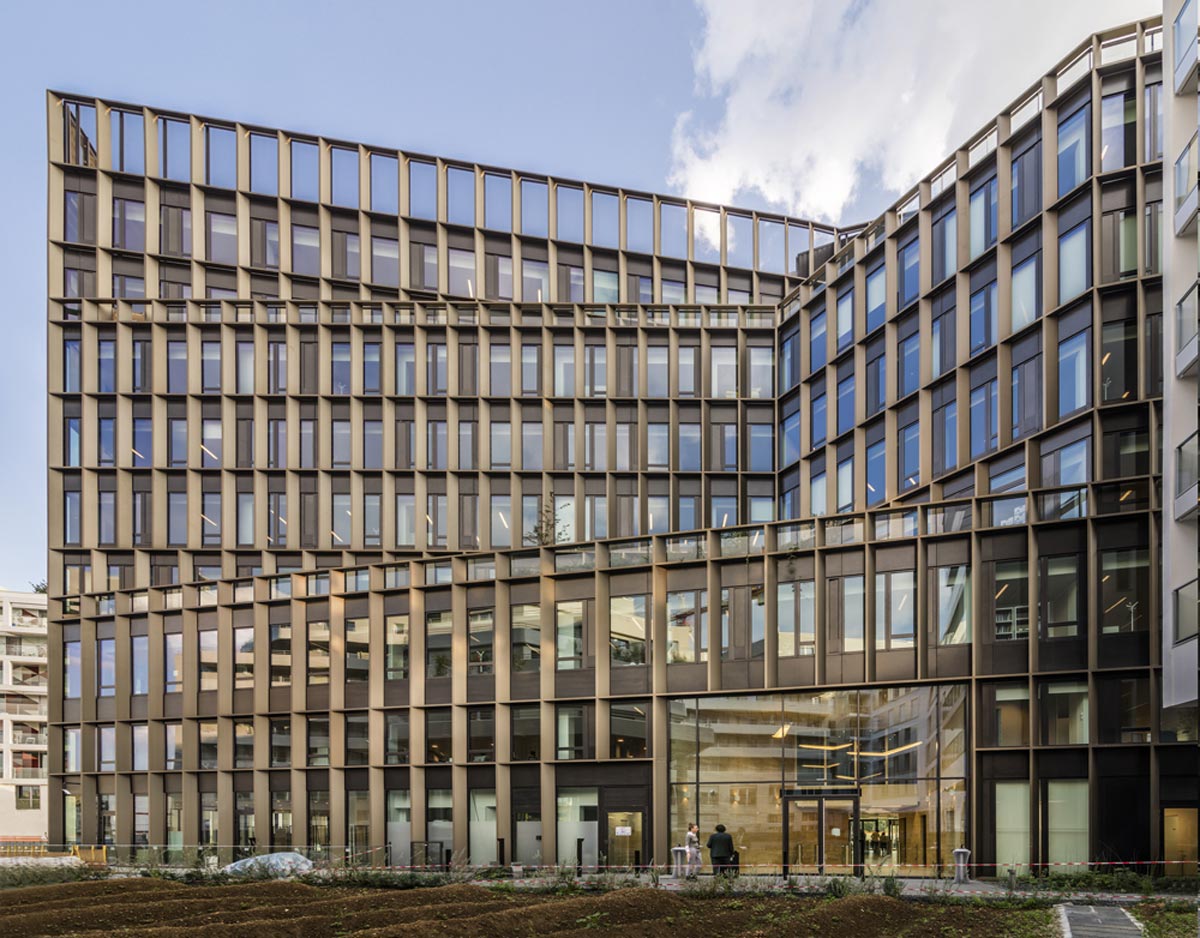 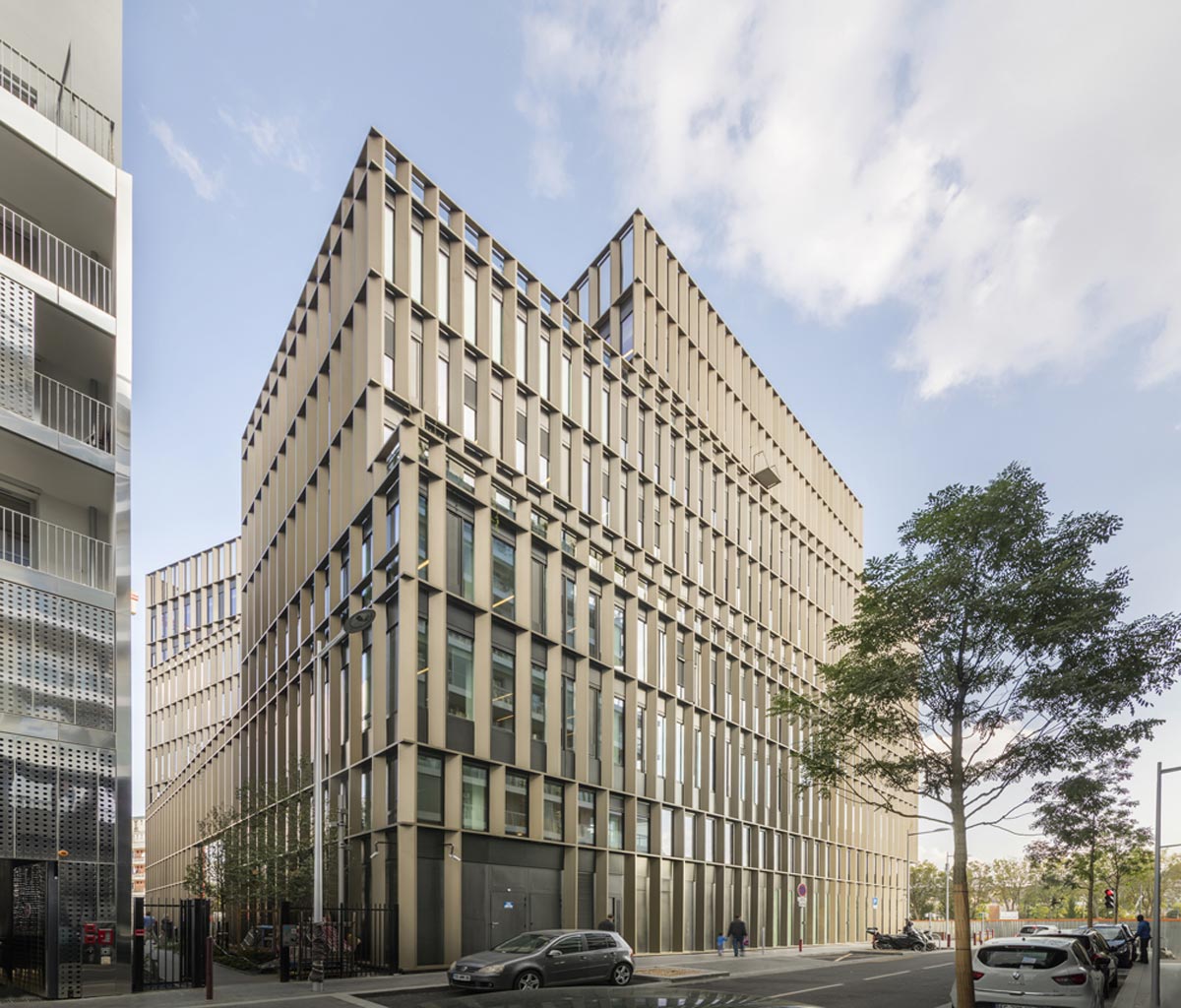 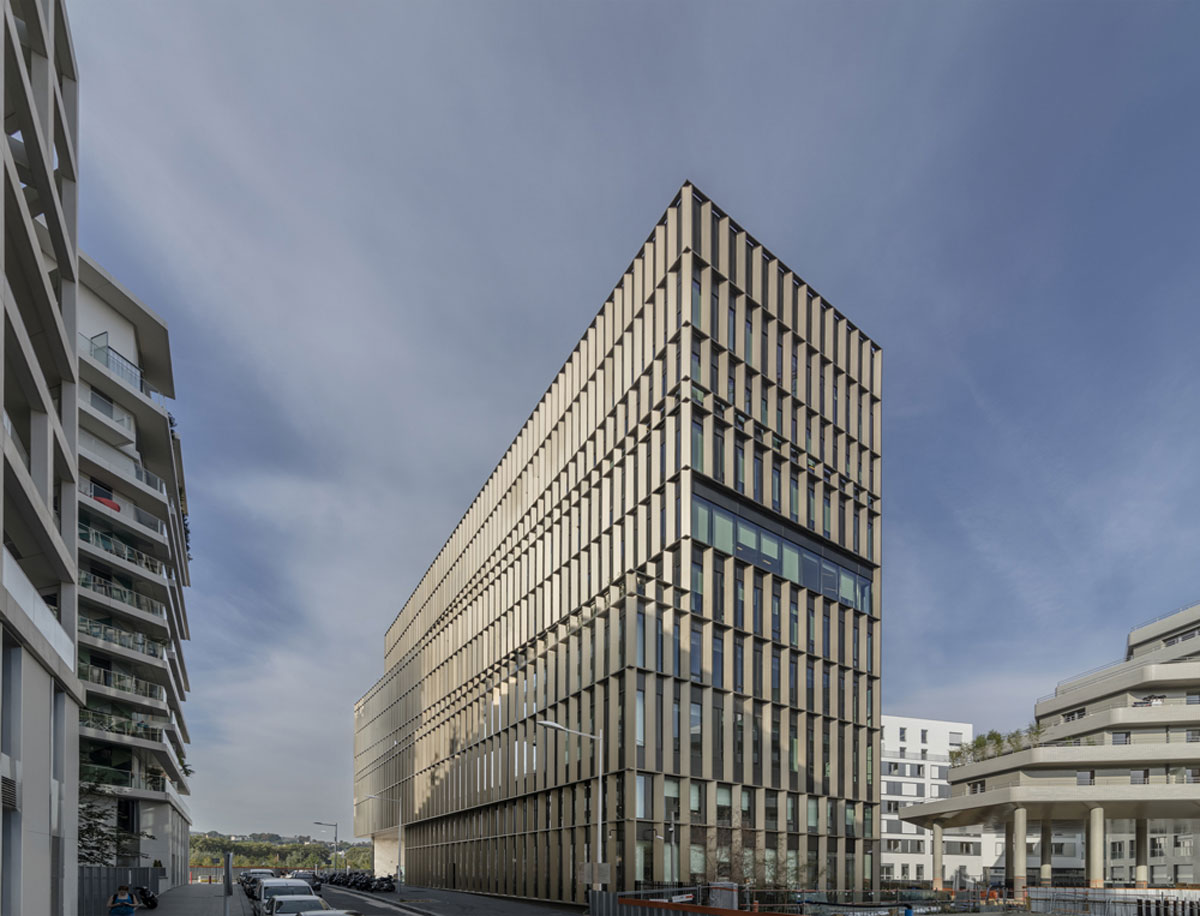 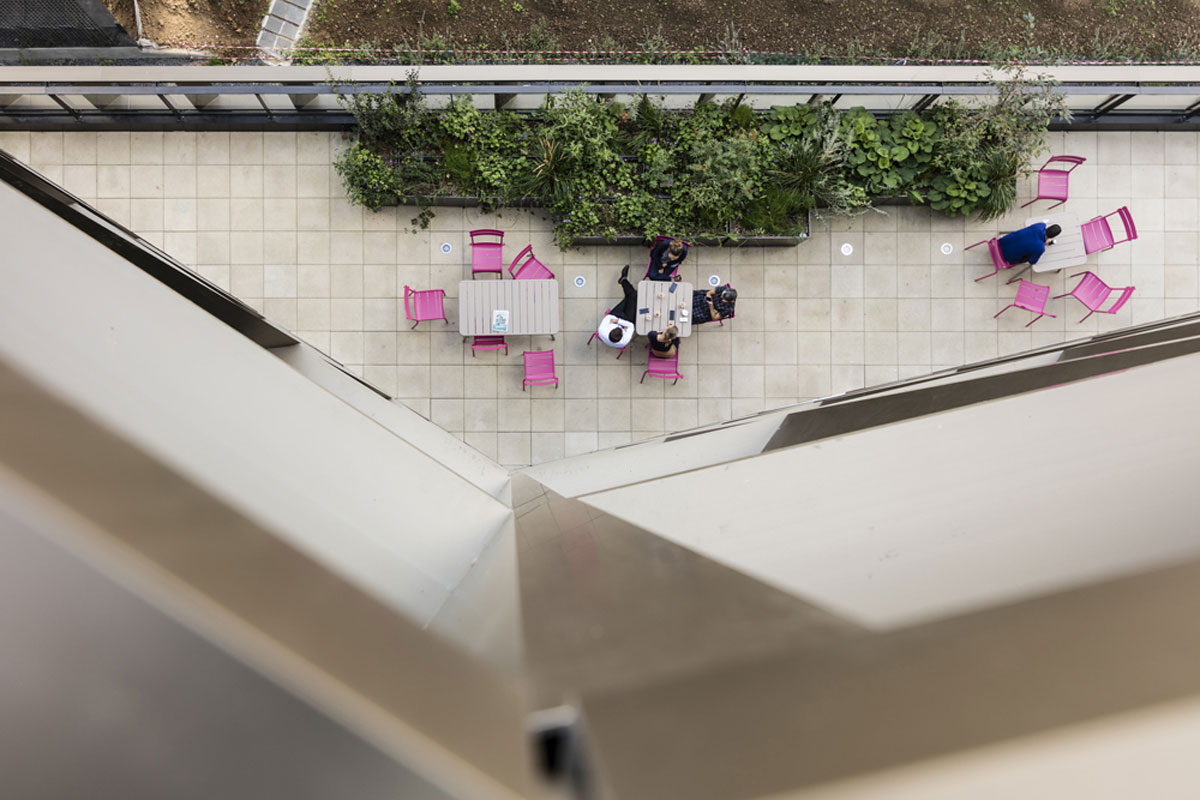