Wohnen ohne Auto (or “Living without a car” in English) is a co-housing project, developed in a process of participatory design with a community of future residents. The project features a series of strategies intended to minimize the superfluous, establish a collective attitude towards sharing, and facilitate more sustainable behavior in general. 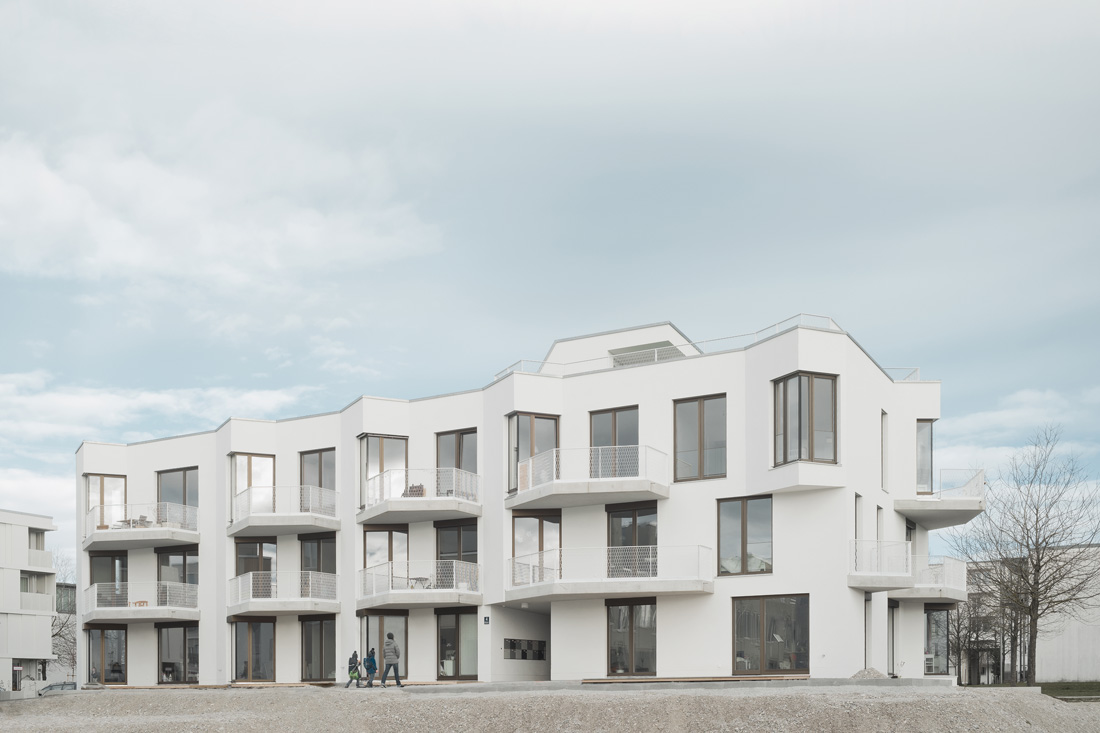 The building is located in the former airport area of Munich-Riem and is part of the fourth and last construction phase of the area’s reconversion. The core point of the building lies in the voluntary renouncement of car ownership by all the inhabitants, which is reflected in an environmentally sustainable planning approach. 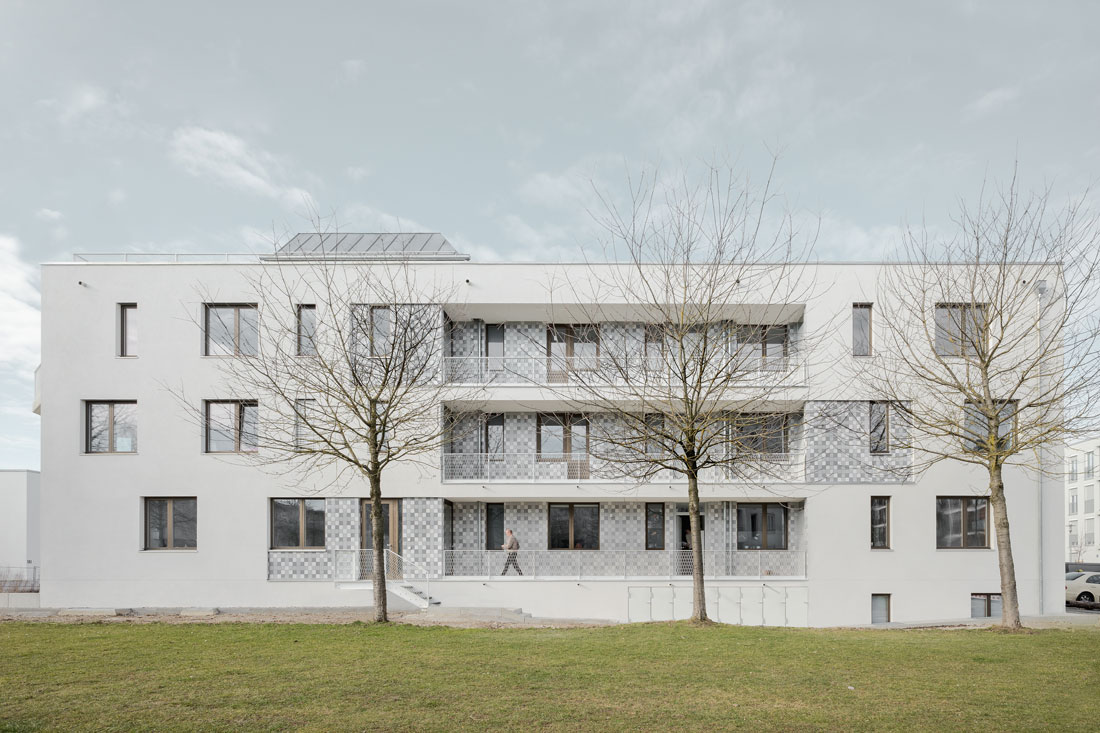 Together with three other new buildings, the project forms a rectangular city block around an inner courtyard, a semi-private space. The façades on the perimeter of the complex are kept plain and regular to support the readability of the four new buildings as parts of a whole. On the inside of the block, however, skewed bow windows and balconies fragment the façade catching the southern light and providing longer views, even for the centrally placed apartments. 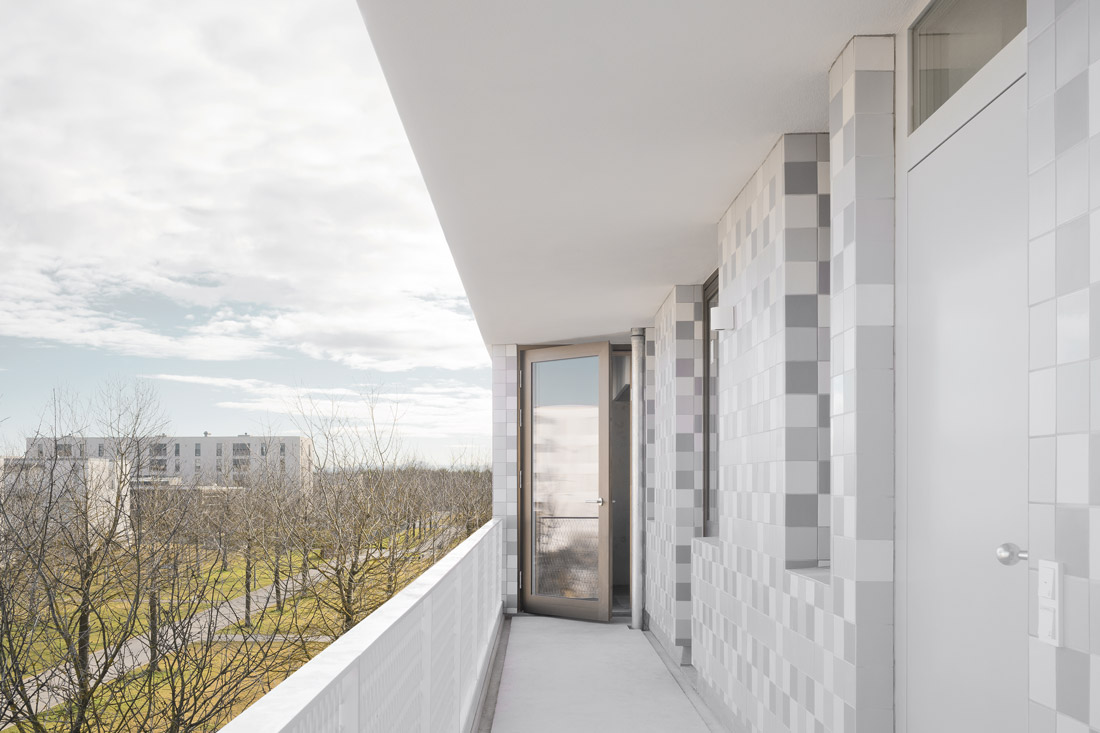 The building is then rooted into its context by an axis leading from the entrance of the city block across the courtyard, through the glass doors and the stairwell, and on into a new park on the east side. The overall design is developed with great attention to quality of life, atmospheric materials and lighting conditions, in addition to sustainability, low maintenance and social inclusion principles. 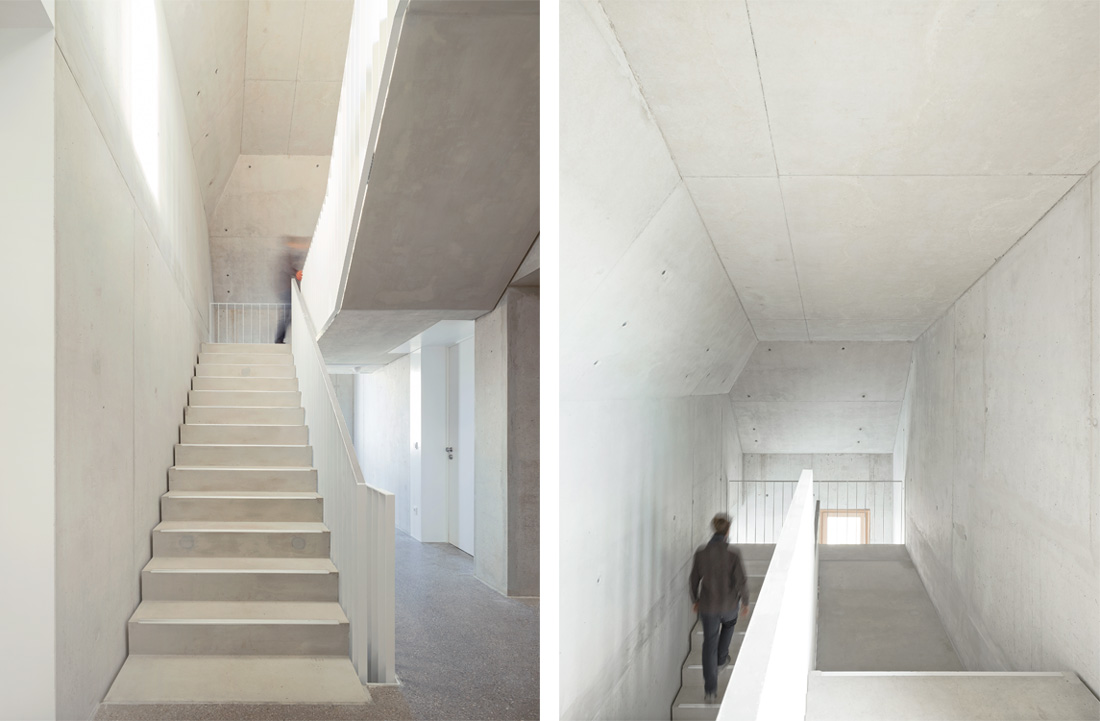 Through the main focus on spatial optimization, and the reduction of private areas in favor of shared spaces, Wohnen ohne Auto inverts the trend of increasing floorspace, building costs and energy consumed per person. The common areas are no longer limited to the distributive spaces but are extended to storage, a hobby room, a large rooftop terrace, and even a small guest apartment.

Common spaces not only allow for a reduction of the resources needed but also foster social interaction through the creation of shared experiences. 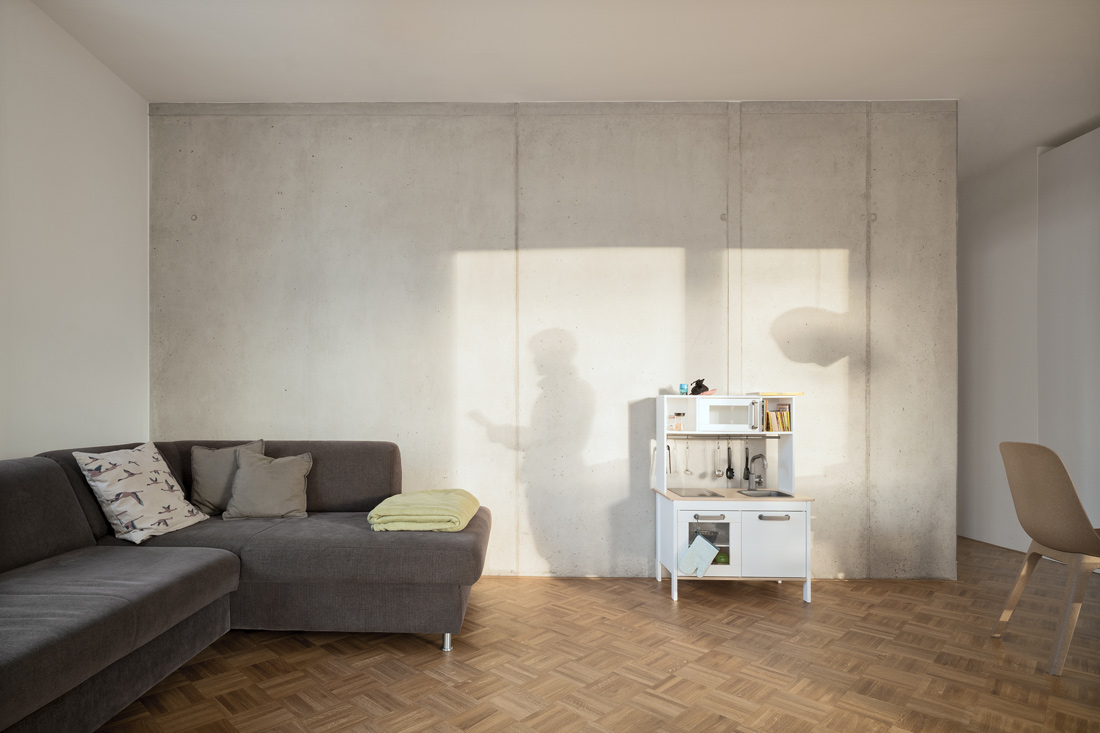 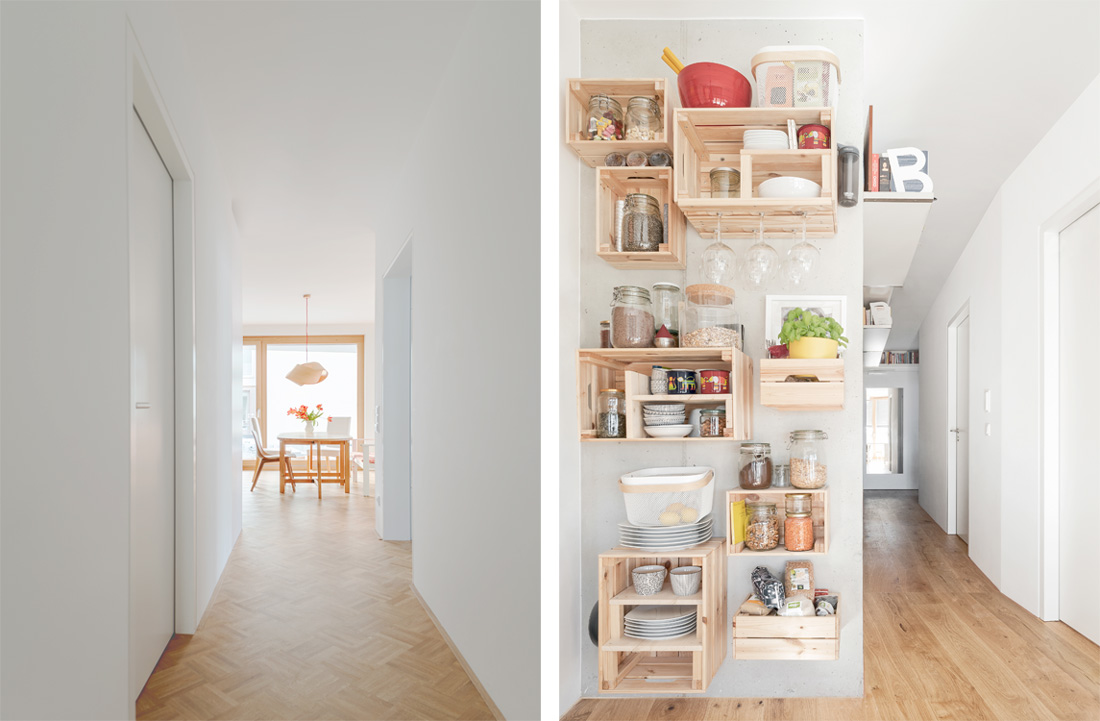 Within the apartments, narrowing down some functional rooms to a minimum allows for expanding the living areas. The perception of inhabiting very small apartments is completely nullified by this contrast between the spaces’ sizes. 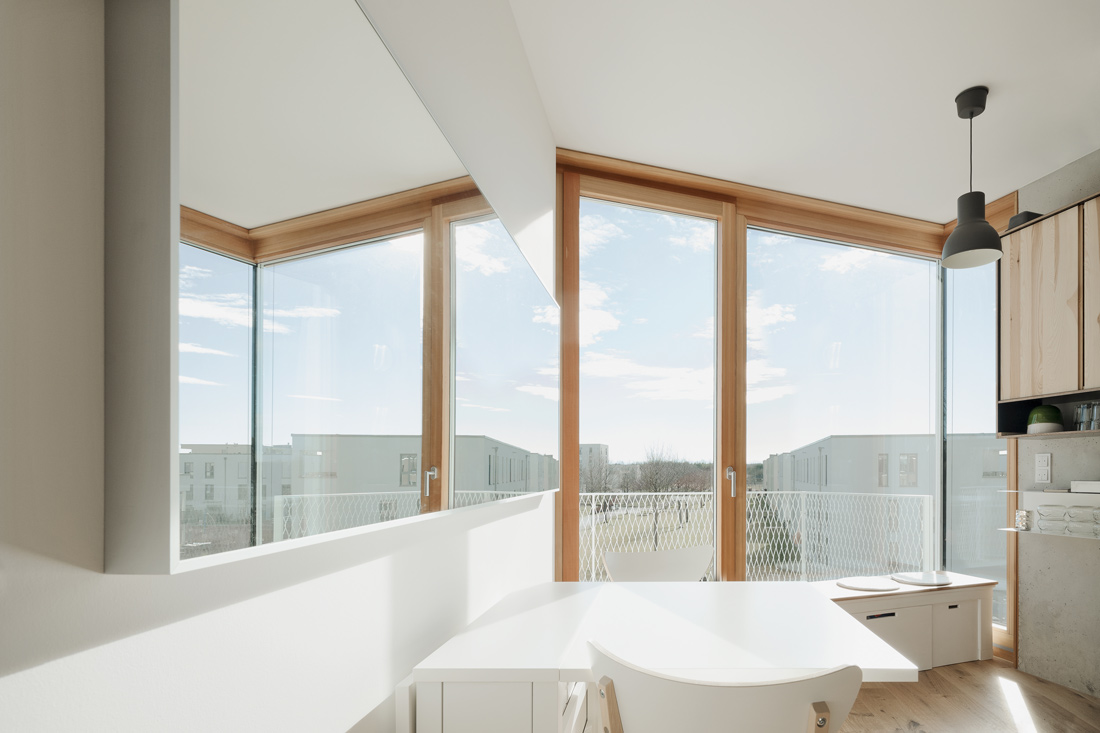 The possibility of the owners to directly influence the design choices, not only in their private apartments but in the whole building, enables them to identify themselves entirely with their new homes, while creating a solid community spirit. This collective awareness is also mirrored in some small craft interventions that the residents carried out themselves, both in their private houses and in the common areas. 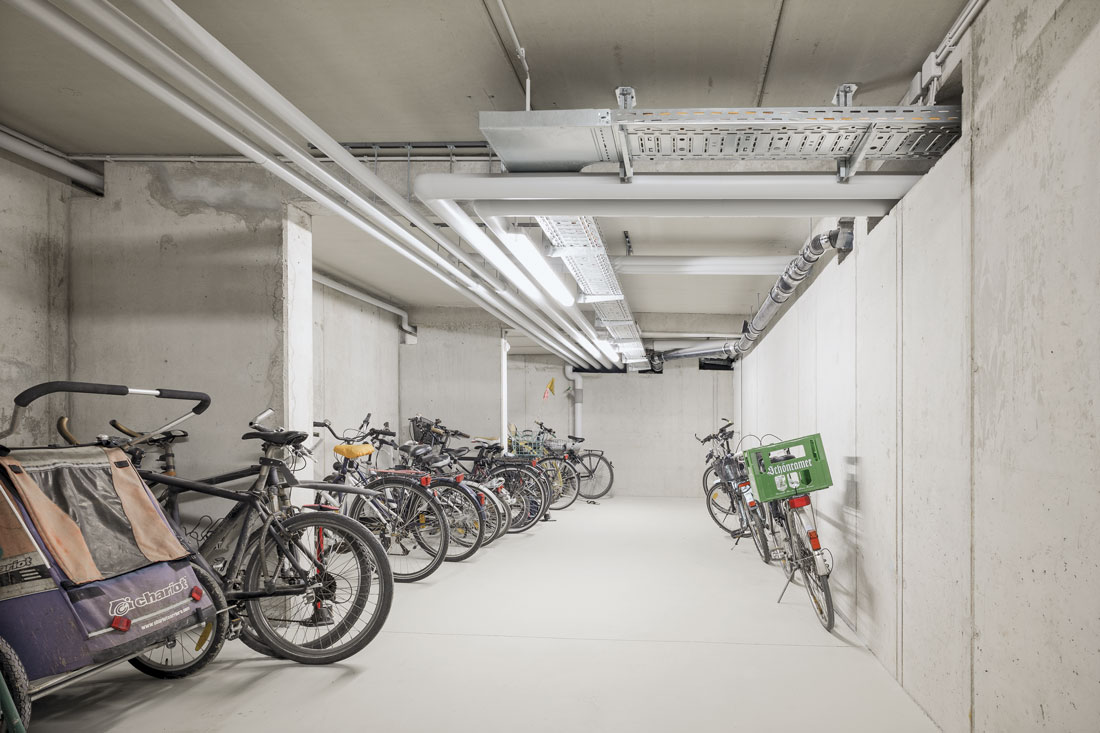 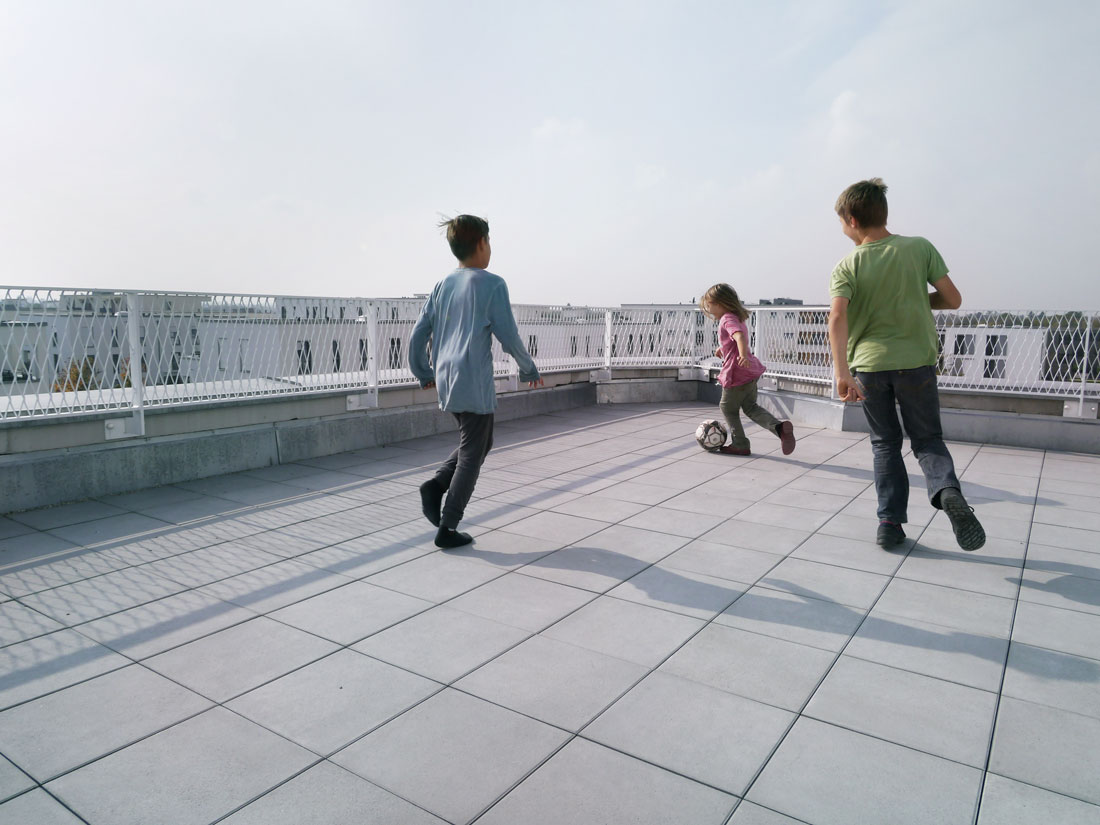 Wohnen ohne Auto is an example of the key role of architectural design in a general rethinking of our attitudes toward the consumption of resources, collective responsibility and social consciousness.