Weave Youth and Community Services: An Agent of Transformation

This small project reveals the power of architecture and landscape as an agent of transformation. Formerly a toilet block, it is now a community counselling centre and a hub for local youth. The design is resourceful in the multiple uses it gets out of every element: the wrapped skin is a graffiti-proof cladding, a sunshade, a green wall, habitat, a pergola and a placemaker. The courtyard is a lightwell, a ventilation device, a secure  meeting room and a garden. The roof is a large space for meetings, for community gardening and art activities, or for a safe and private retreat. The design attempts to solve difficult problems in a tough and challenging urban environment. An adaption and reuse, it transforms the building, the park, its occupation and the neighbourhood of Waterloo currently undergoing rapid urban renewal and change.

The building was previously a utilitarian toilet block, constructed as a single story brick structure and was decommissioned in the early 1990s, and subsequently utilised by South Sydney Youth Services (now Weave) as a workspace prior to its renovation in 2012. The building sits in Waterloo Oval, a popular public space in this inner city suburb of Sydney, which incorporates an oval, viewing stand, as well as Fernside Skatepark – the only purpose built skatepark in the inner city.

Over and above the reconstruction and reimagining of a dilapidated utilitarian structure in a park, the building is a participant in the repair of lives and communities. The project aims to provide an inviting, safe, light-filled environmentally responsible space for young people to meet staff, and the caseworkers who provide a variety of services to assist with a wide range of social issues. The building repair incorporates the creation of a combination of open plan workspaces and private counselling rooms, focussed around the new light filled courtyard. Existing brickwork walls are refurbished and maintained, and extended with new openings formed. A concrete superstructure supports a flexible column free off-form concrete slab. 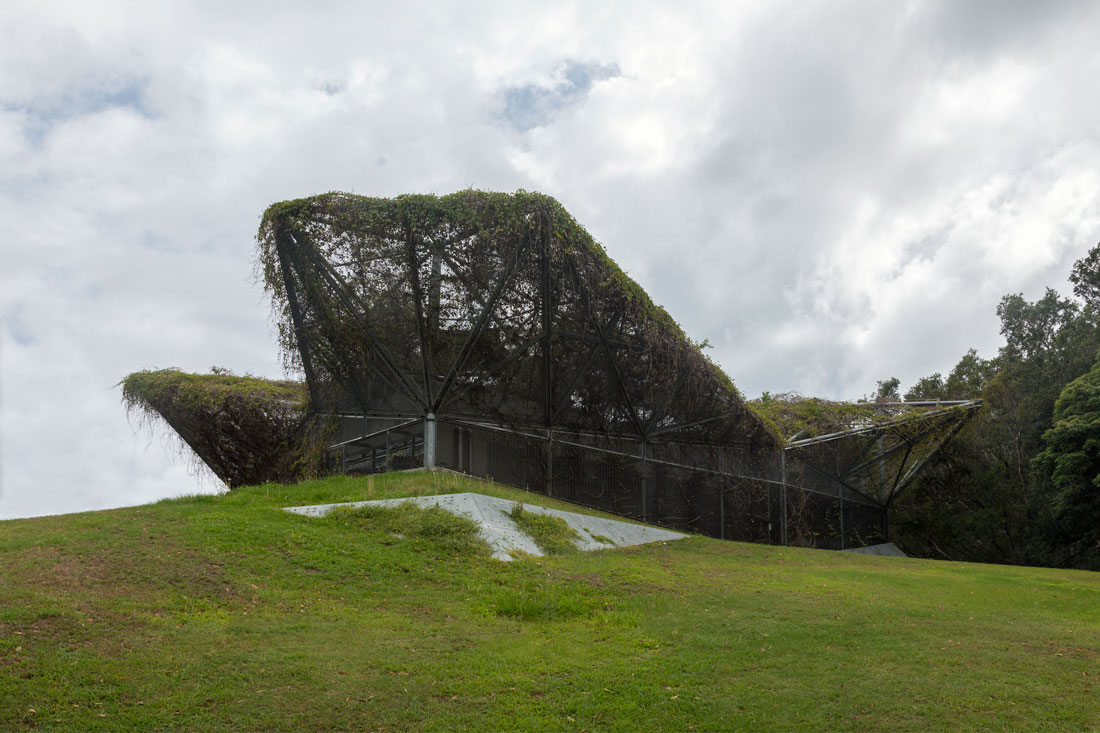 Terragram Landscape Architects were central to the success of the vine covered steel trellis. It forms a robust protective overcoat and supports a variety of plants, Pandorea pandorana (Wonga Wonga vine) along with Pyrostegia venusta (Orange Trumpet vine), that grow around the structure. A new 200 square metre roof terrace is formed in the interstitial space between the high level canopy trellis and slab below. The folded trellis structure sits independently of the building; designed so that either the building or the structure can be removed or relocated in the future, without one affecting the other. Over time, with the growth of the plants, the abstract green form has merged the building visually with its landscape setting, especially the rear feeling like a generous extension of the park rather than something for humans at all. 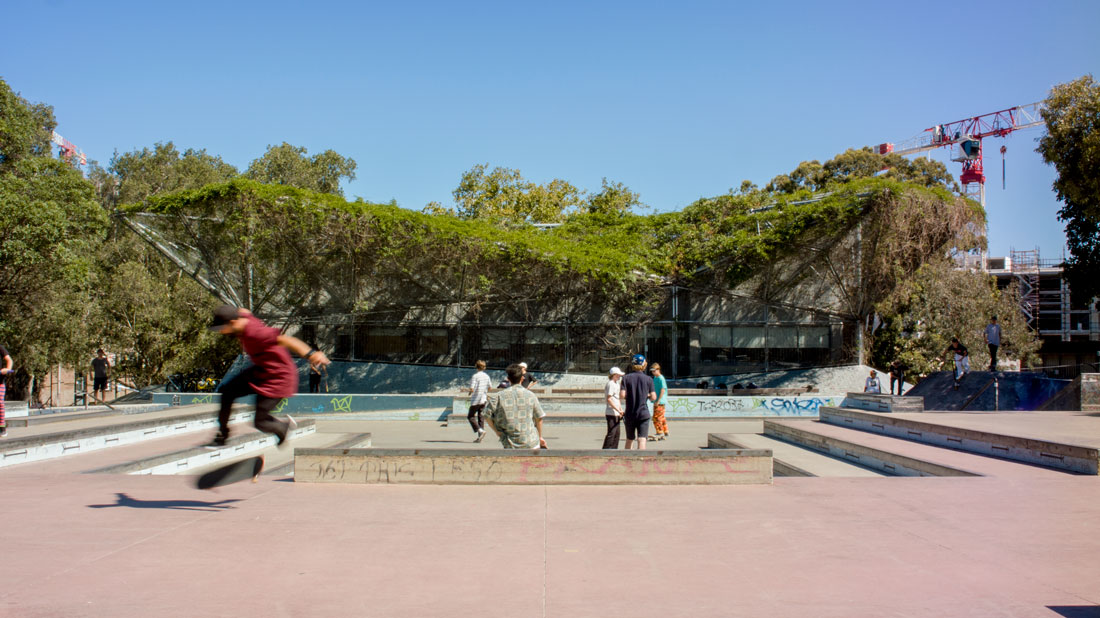 The building supports the climbing habit of a variety of native plants species that inhabit the lower and upper canopy structures and also provides bird and insect habitat. On the roof terrace, native edible plants are harvested in a small ‘bush-tucker’ garden, with the ingredients harvested by the young people and used in cooking classes. A roof mounted hive is a home for native bees.

The project forms a focal point for the regeneration of the Redfern, Waterloo, Alexandria and Green Square areas in Sydney’s Inner City – one of the biggest and fastest evolving urban regeneration projects in the southern hemisphere. The transformation of the building supports this, essentially an extension of the visual landscape in an act of generosity of the public realm and urban biodiversity.