Excerpt from Moving in Nairobi by Civic Data Design Lab.

More than 50% of the world’s population currently lives in cities. By 2050, this figure is expected to climb to 68%. Africa is experiencing one of the highest rates of urbanization across the globe. Though most of the continent’s population is rural, with only 40% living in cities, the number of urban dwellers is increasing faster than any other region on the planet. 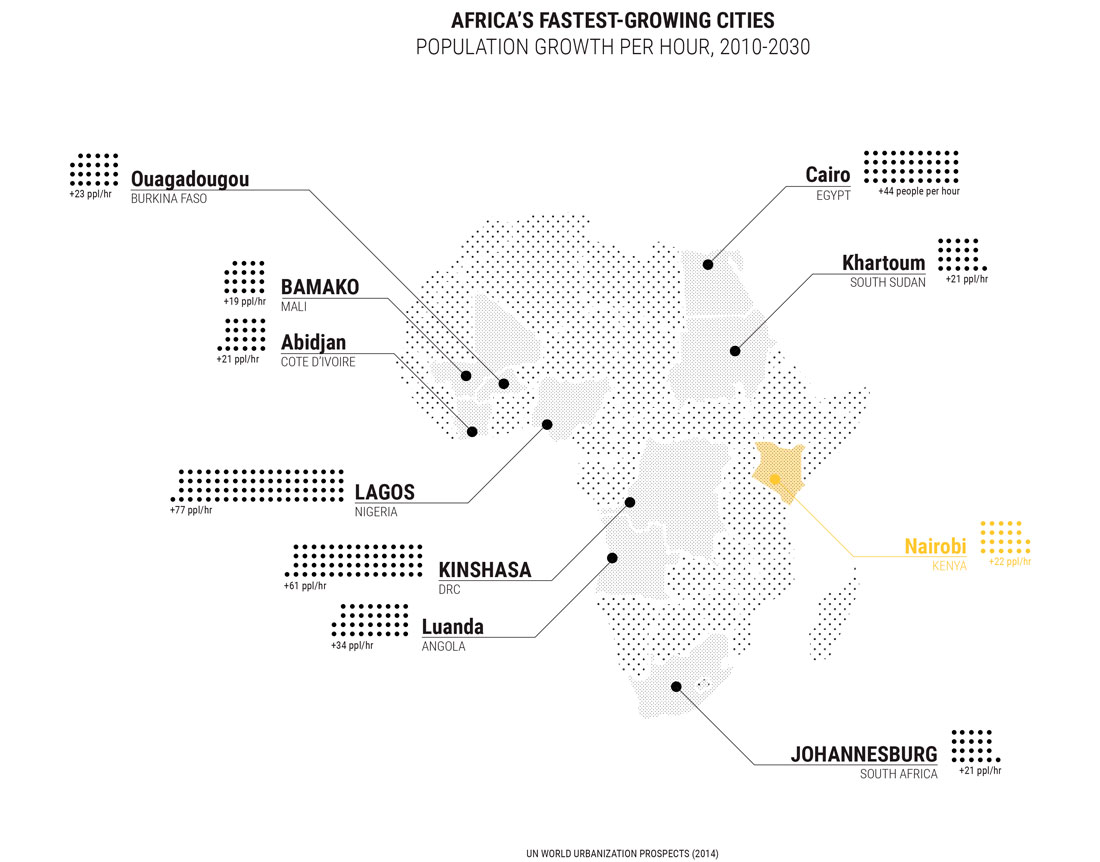 One of the consequences of such rapid urbanization in African cities is the increase of urban traffic. People who relocate to Nairobi are met with some of the most brutal traffic jams on the continent. Part of the problem is due to outdated and poorly maintained roads: potholes, crumbling asphalt, and, ironically, road repair equipment, can render lanes on major arterial roads unusable. Traffic in Nairobi is made worse by the sheer number of cars on the road, which has grown exponentially since Uber and other ride-sharing apps hit the roadways. With close to 15% of Nairobi’s population spending an average of four hours in traffic to commute to work, the gridlock is unsustainable. 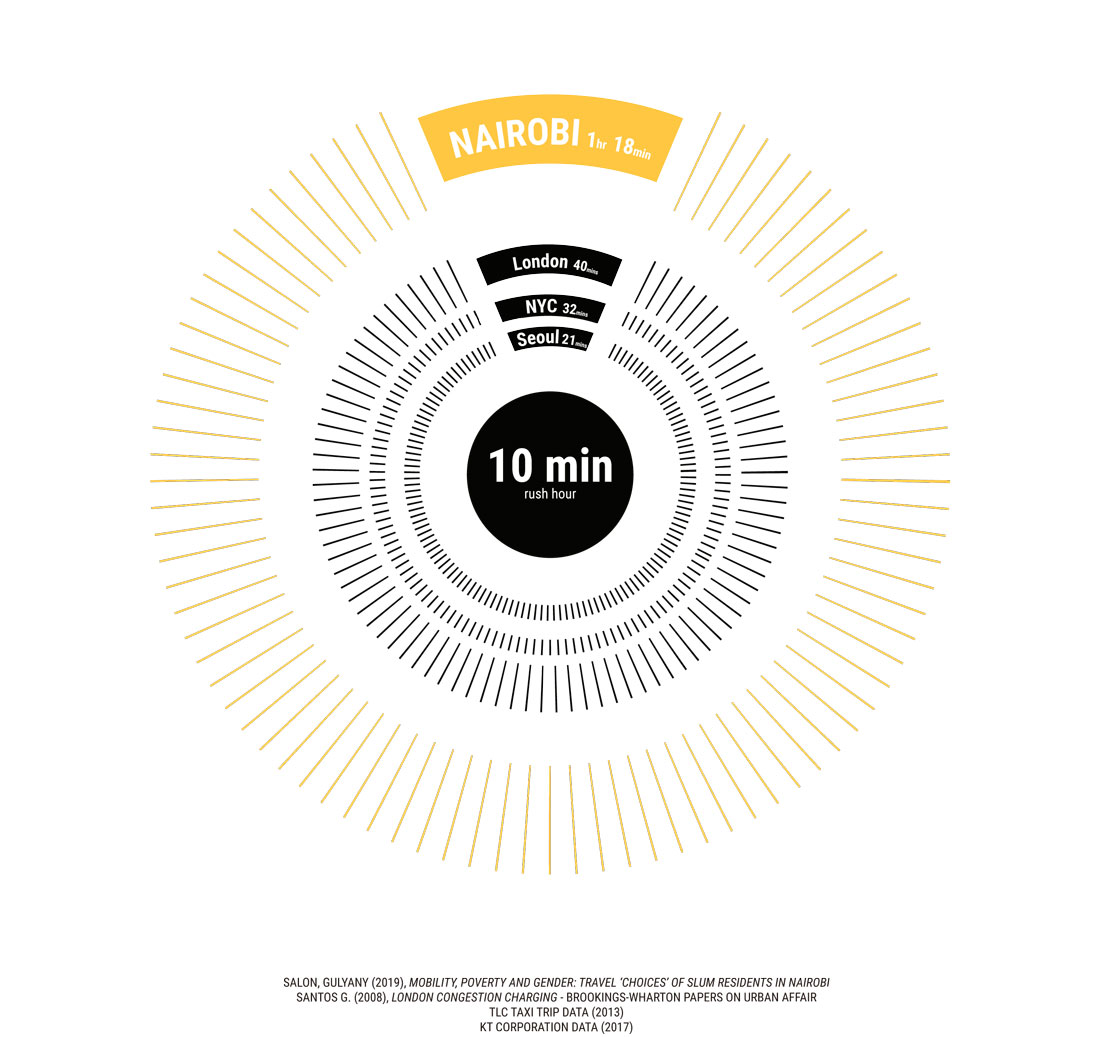 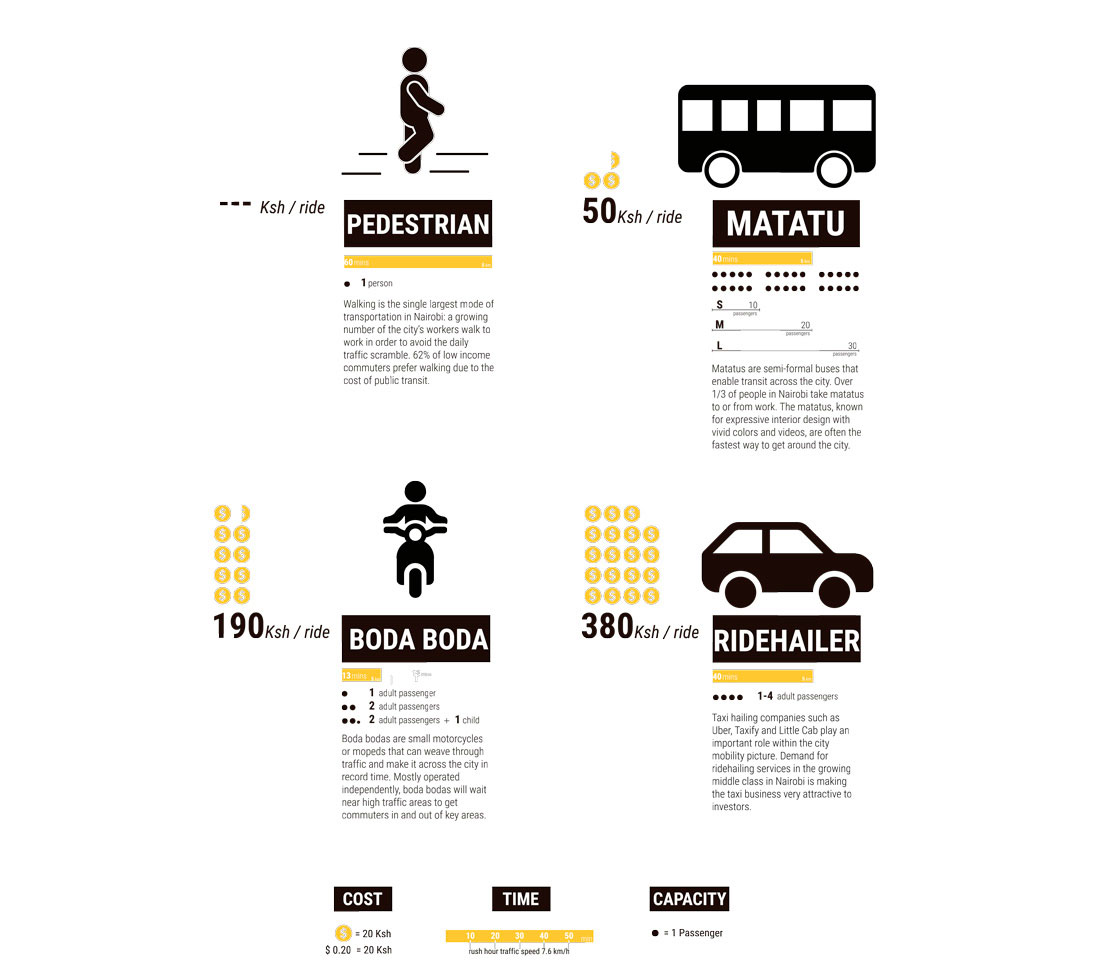 Figure 3: How much does it cost to get around Nairobi?

The traffic problem is starkly visible when we compare commute times in Nairobi to those in other high-density urban areas (see Figure 2). A 10-kilometer commute in Seoul takes just 21 minutes. In New York, a commuter can cover the same distance in 32 minutes, and in London in 40. In Nairobi, a commute of 10 kilometers takes 1 hour and 18 minutes, nearly double the London figure. 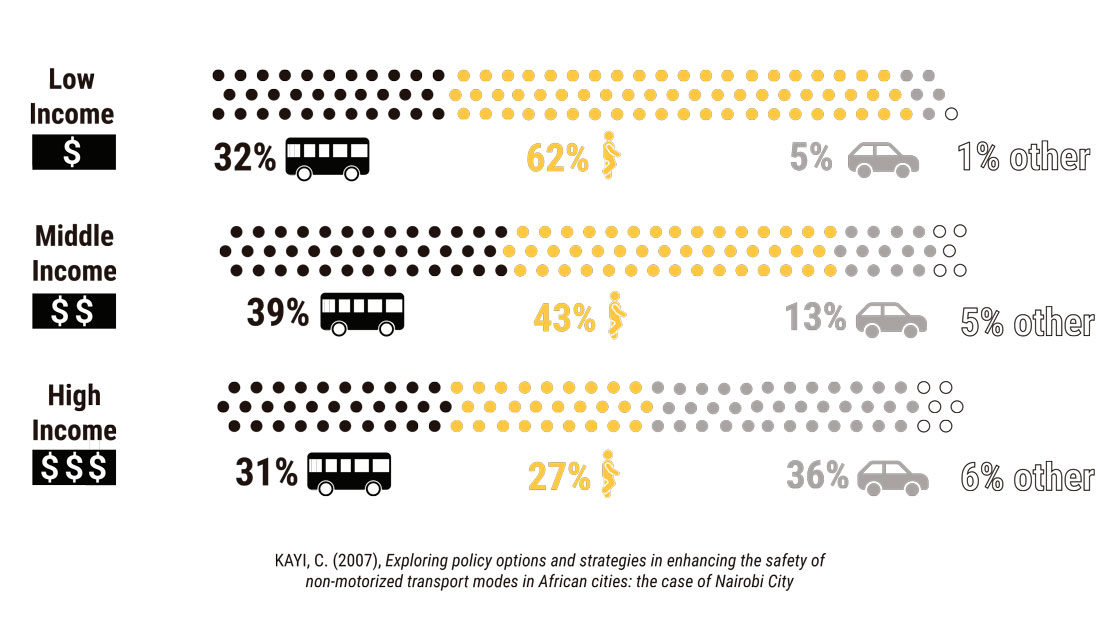 To combat the city’s traffic, the Nairobi city government has announced many efforts, including car-free days, bans on buses (matatus) and cars in the city center, and the construction of bicycle routes and pedestrian paths, but many of these plans are decades-long. 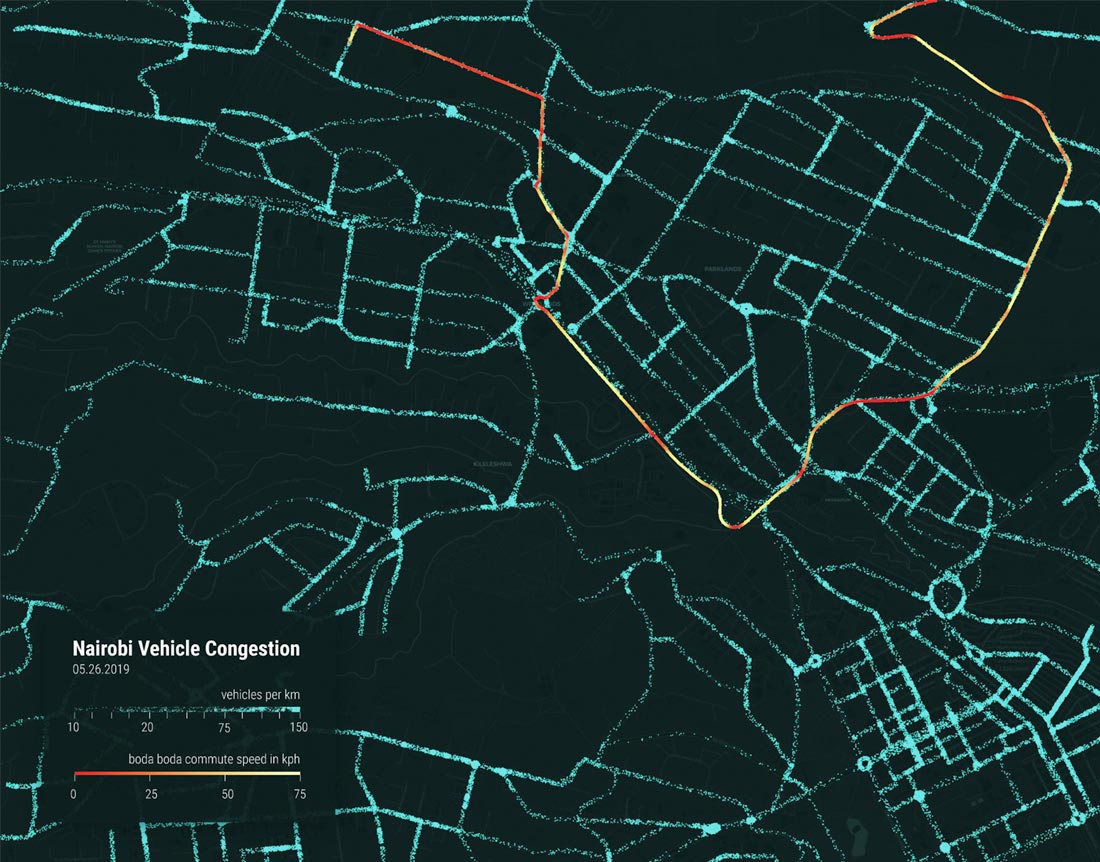 « Mind the (Commuting) Gap and the City
New York, USA »