In 1960, Club Med was built on the eastern tip of the Iberian Peninsula, in one of the windiest and most northern exposed corners of the nation. It was built as a private holiday village with 400 rooms to accommodate around 900 visitors in summer. 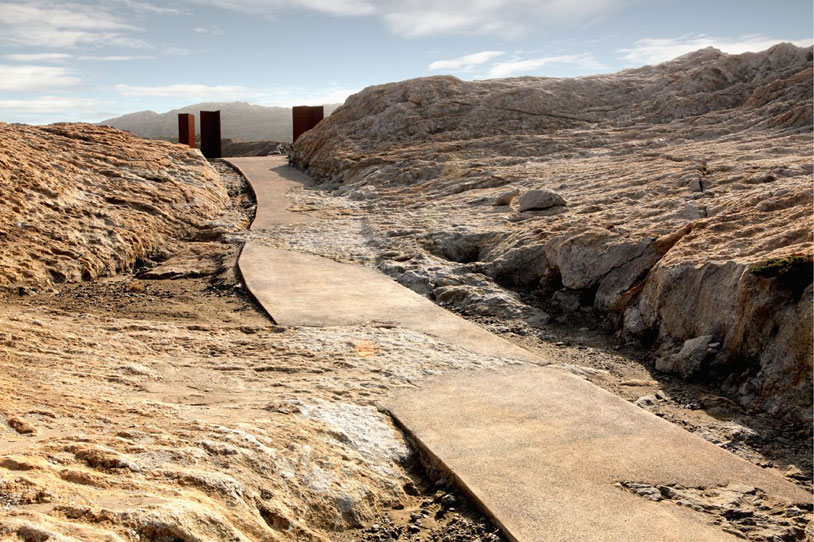 With the rise of democracy and ecological conservation, Cap de Creus was declared a Natural Park in 1998. In 2009-2010, the Club Med settlement was “deconstructed”, its ecological dynamics revived and an innovative public-use landscape project was begun for its rediscovery. 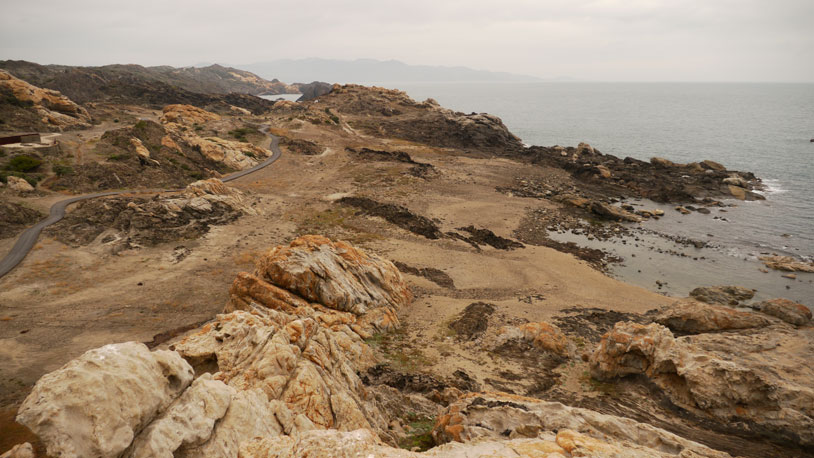 The project is related to an important aspect of what landscape architecture is about: namely identifying, unveiling, and eventually transforming a site to fit in with what is already there. Revealing and celebrating the real landscape and its specificities. 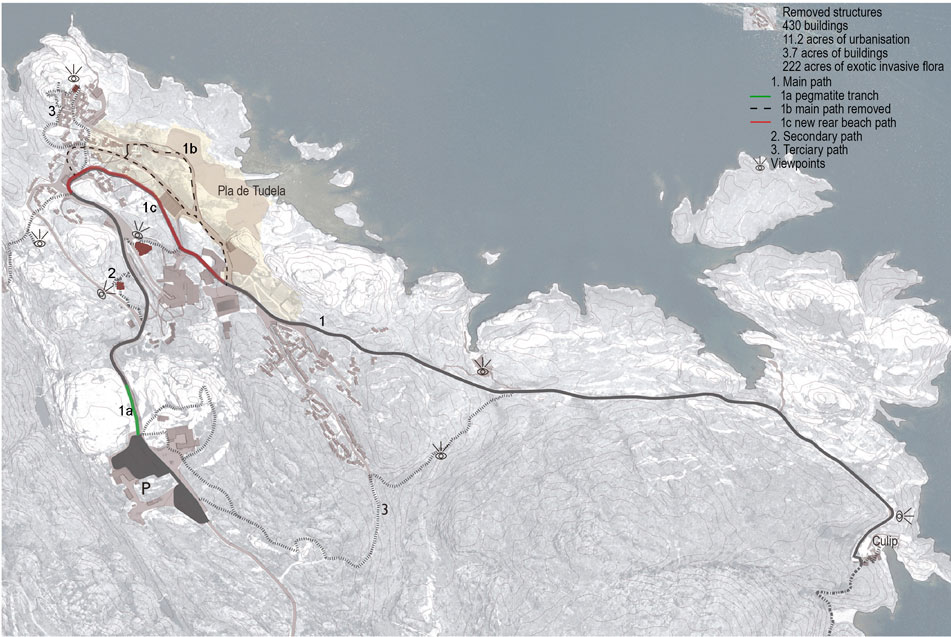 Indeed, the project’s goal was not to build or un-build a landscape, but to conceive the conditions for experiencing it. To do so, the process involved in-depth site reconnaissance and precise on-site cartography. During the 5-year process, including the 14 months of work, the designers walked more than 200 km on the site, took and studied more than 15,000 images and consulted nearly 50 specialists in different fields related to nature restoration, looking for ways to optimize the deconstruction, reclaim the natural dynamic and promote social valorization. The commission was approached as an open process, allowing for flexibility to integrate any discoveries following the deconstruction. For instance, the solution to enhance a pegmatite outcrop at the entrance was found and negotiated with the builder during the work. 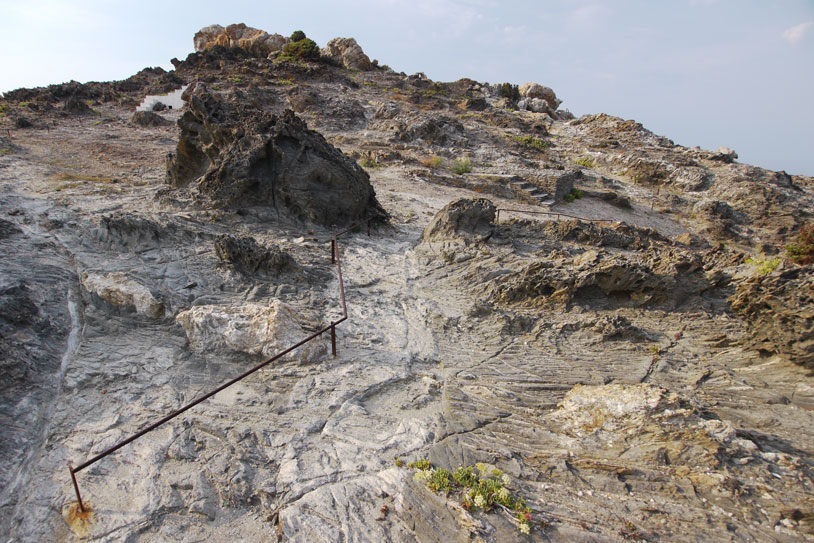 A minimalist approach was taken in terms of construction, reducing materials to those found on-site plus corten steel, for its potential for integration into the landscape and its resistance to sea exposure, and using only a few consistent construction details repeated throughout the site. Robustness for a landscape that accepts little domesticities. 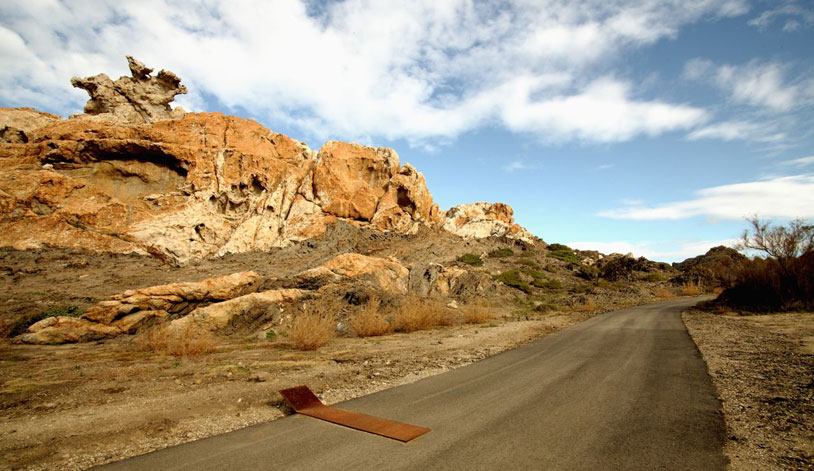 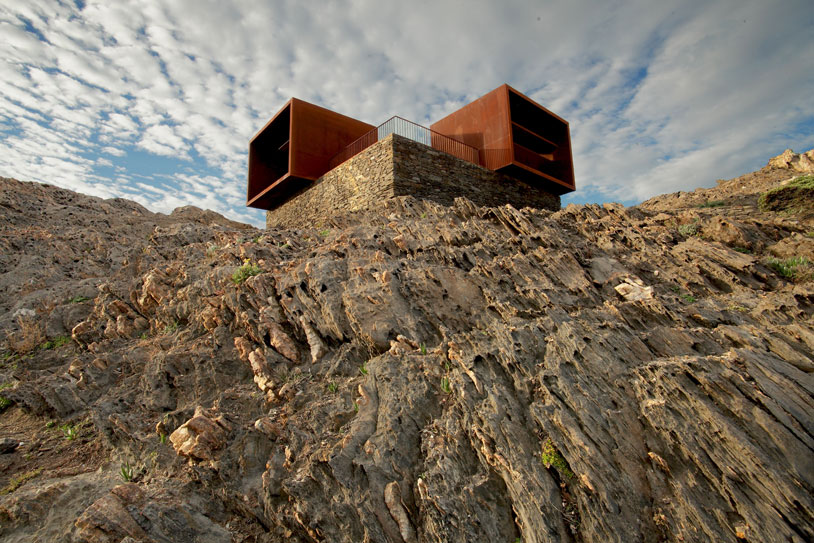 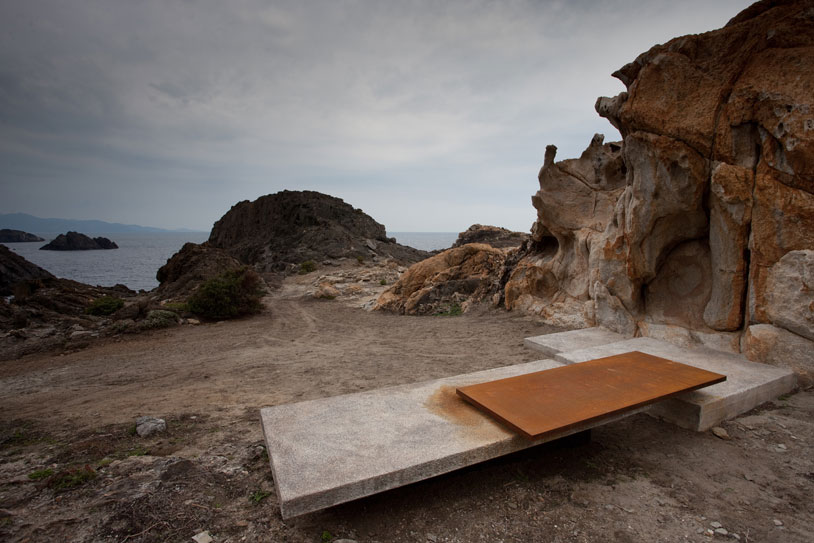