The Domestic City. Expansion of the Role of Domesticity in the Contemporary Urban Context: A New Relationship between Man and City

The dominant relationship between home and city has always been one of the less obvious, but more significant, factors that can promote and permit generalized social change. In the contemporary era, changes in family structure, in the organization of work, in technologies, in communities and in communication are being reflected in a new urban revolution that blends domestic space with that of the city. Thus, the meanings of public and private, exterior and interior, domestic architecture and city architecture are changing. The urban organizational structure that has accompanied us in the last century is undergoing a strong shock to its foundations, moving towards a radical change in its nature that involves new relationships between man and city.

Domestic space is understood as a domain, a field or a mental territory that extends beyond the material, concrete, tectonic, spatial and bodily conception allusive to the quantifiable. It is a multidimensional condition that encompasses architectural elements through a series of conditions that have to do with the domestic and intimate existential perception of the human being, close to the domain of space as a sense of protection, tranquility, calmness, interiorization, rest, renewal, recovery and pleasure. 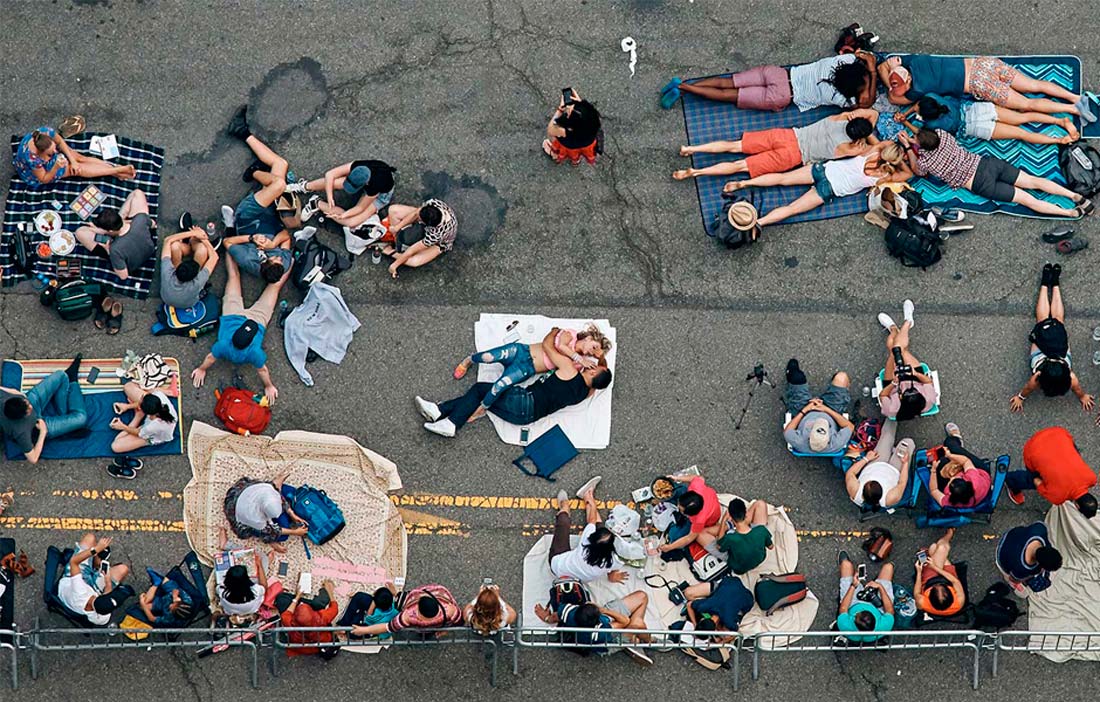 People gather to watch the fireworks display over the East River on the Fourth of July, Tuesday, July 4, 2017, in the Queens borough of New York. Andres Kudacki, 2017.