Published in the introduction to The Building, pp. 10-19, by José Aragüez.

Over the last few decades, architectural history and theory have done a remarkable and necessary job of expanding their limits and audiences. The flip side of this expansion, however, has been a marked displacement of the object, and with it ultimately a certain neglect of architectural thinking proper. On the other end of the spectrum, discussions centered firmly round design process and outcome have often proved self-referential (e.g. those around “autonomy”) or restricted to the spheres of practice and studio teaching alone. This project constructs a bridge between these two tendencies by mobilizing a topic—“the building”—that typically belongs in the latter while seeking the former’s expansion. If the dominant approach driving architectural history and theory today concerns identifying novel subject matter, here instead the challenge involves taking up one of the discipline’s oldest themes and reconfiguring it through the intellectual tools now at our disposal. By way of the building, this book illustrates the distinct capacity of architectural thinking to engender far-reaching concepts and, more generally, discourse—while the serendipitous encounters between diverse case studies from Europe, Asia, and the US unveil unexpected synergies and tensions that open up new research territories in design culture. 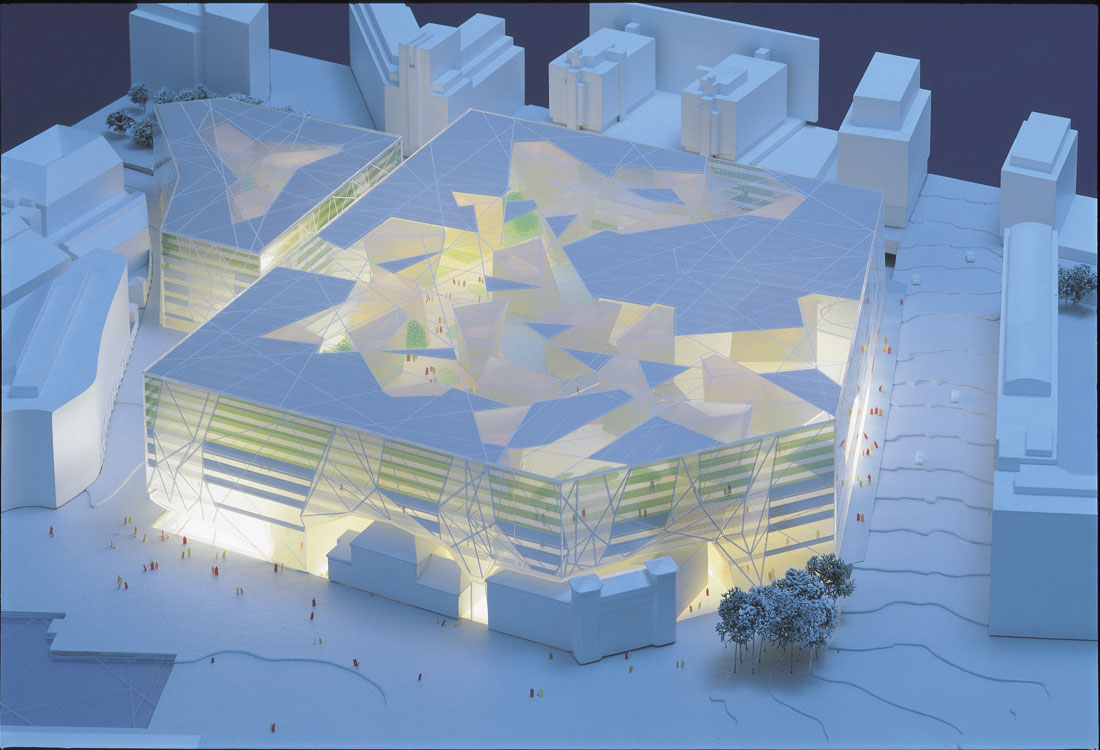 [1] Dora Epstein Jones, in an early version of her contribution to this volume. [2] This segment consists of the scene around a largely elite university crowd in the US and their European interlocutors. The following history of the shift from the 1960s forward is undeniably tied to this population. [3] For an extended discussion of this discursive phenomenon, see Kate Nesbitt, ed., Theorizing a New Agenda for Architecture: An Anthology of Architectural Theory 1965–1995 (New York: Princeton Architectural Press, 1996), 12–17, and K. Michael Hays, “Introduction,” in Architecture Theory since 1968 (Cambridge: The MIT Press, 1998), x–xv. [4] Transcoding involves the assessment of the conceptual possibilities—that is, what is sayable and thinkable—of two different codes in comparison with one another, where code stands for a language, an idiolect, or a particular discourse. The ultimate goal of this operation would be to produce a new code, one that “in no way can be considered a synthesis between the previous pair,” being rather “a question of linking two sets of terms in such a way that each can express and indeed interpret the other.” Jameson clarified that there would be no a priori hierarchy between the two sets of terms or codes, nor an assimilation or borrowing moment that imbalances the equation. Rather, it would be a mutual re-interpretation and re-structuration. The existence of a distinguishable move within architecture history and theory, in which one direction prevails over the other, does not fit with the operational logic of transcoding. See Fredric Jameson, Postmodernism, Or, The Cultural Logic of Late Capitalism (Durham: Duke University Press, 1991), 394–395. [5] Terry Eagleton, After Theory (London: Allen Lane, 2003), 2. [6] Not coincidentally, this is right around the time when Manfredo Tafuri’s work started to influence international audiences. [7] Throughout this introduction, the term discursive is used in its classical sense, i.e. alluding to the kind of knowledge that involves premises, narratives, judgments, inferences, concepts, ideas, conclusions, etc., as channeled through thought and expressed through language. In the context of architecture, it is important to distinguish it from representational knowledge, which instead proceeds through images, drawings, models, etc., and is associated with design and related practices, such as graphic analysis. The Building’s target is the former, not the latter (which is also referred to as non-discursive: see, for example, Sophia Psarra’s contribution to this volume). Though different in principle, these types of knowledge can be related. Indeed, across this book’s pages are many examples of how representational knowledge can ultimately be used as a vehicle to produce discursive knowledge.    [8] Wassily Kandinsky, for instance, comes to mind. For a deeper insight into Eisenman’s early theories, see Peter Eisenman, Eisenman Inside Out: Selected Writings, 1963–1988 (New Haven: Yale University Press, 2004). [9] K. Michael Hays, “The Oppositions of Autonomy and History,” in Oppositions Reader: Selected Essays 1973–1984, 1st edition (New York: Princeton Architectural Press, 1998), x. [10] See Jean-Nicolas-Louis Durand, Précis of the Lectures on Architecture; With, Graphic Portion of the Lectures on Architecture (Los Angeles: Getty Research Institute, 2000). [11] Anthony Vidler, “The Third Typology,” Oppositions 7 (Winter 1977), 293–94. [12] Cf. Diana Agrest, “Design versus Non-Design,” Oppositions 6 (Fall 1976), 46–49. Note, however, that she refers to the practice of design, not the production of discursive knowledge related to such a practice. [13] Coinciding with the last phase of the journal Assemblage, which ended in 2000, and in spite of remarkable efforts like Amanda Reeser Lawrence and Ashley Schafer’s journal PRAXIS, which started in 1999. [14] Referring to architectural design thinking in particular, Ursprung goes so far as to claim that positing it as a realm of scholarship “leads to a vast and still hardly exploited field of inquiry.” [15] Jameson pertinently referred to the difference between this type of externality and the capacity of creative practices to generate their own concepts: “Gilles Deleuze argues that film is a way of thinking, that is, it is a way of doing philosophy, but in purely filmic terms: its concrete philosophizing has nothing to do with the way in which some film or other might illustrate a philosophical concept, and that very precisely because the philosophical concepts of film are filmic concepts, and not ideational or linguistic ones. In a similar move, I would like to argue that architectural space is also a way of thinking and philosophizing, of trying to solve philosophical or cognitive problems.” (Jameson, Postmodernism, 125.) [16] “Projection” is used here in its common meaning of extension, thrust. It is not to be confused with “the projective” in a post-critical sense, which referred to the pragmatism of instrumentalization, the embrace of multiplicity, “the performative,” “the diagrammatic,” “the atmospheric,” and ultimately “the relaxed and easy.” See Robert Somol and Sarah Whiting, “Notes around the Doppler Effect and Other Moods of Modernism” (2002), in Constructing a New Agenda: Architectural Theory 1993-2009, 1st ed. (New York: Princeton Architectural Press, 2010), 193. In any event, let us recall that the specific target of the post-critical project was criticality in architecture. The Building, on the other hand, concerns the nature of the production of knowledge in architectural history and theory. [17] Adolf Behne, Sigfried Giedion, and Bruno Zevi would be among these authors, to cite a few of the best known names. [18] Hays, Architecture Theory since 1968, xi–xii. [19] See ibid., xi, xiii–xv. [20] Cf. Mark Cousins, Dora Epstein Jones, and Michael Young’s contributions to this collection. [21] The two exceptions to this requirement are Sylvia Lavin’s discussion of Frank Gehry’s Danziger Studio (1965) and Mark Campbell’s choice of Stanley Kubrick & Roy Walker’s Overlook Hotel in the Elmstree Studios (1977–80). They were included because the connections with contemporary architectural discourse that surface in both contributions were deemed particularly relevant.

« Seoul Biennale
The Building: Architectural Thinking as a Form of Knowledge »