Tania Concko’s designs for the redevelopment of the new ‘Porte de Begles’ are the fruit of this perceptive approach: careful analysis of the urban and architectural stakes at play across the 4.5 hectares of the site. The district already plays home to the tower blocks of the Cité Yves-Farge and was designated for redevelopment in an attempt to increase exchange between this neighborhood suburb and the city centre. 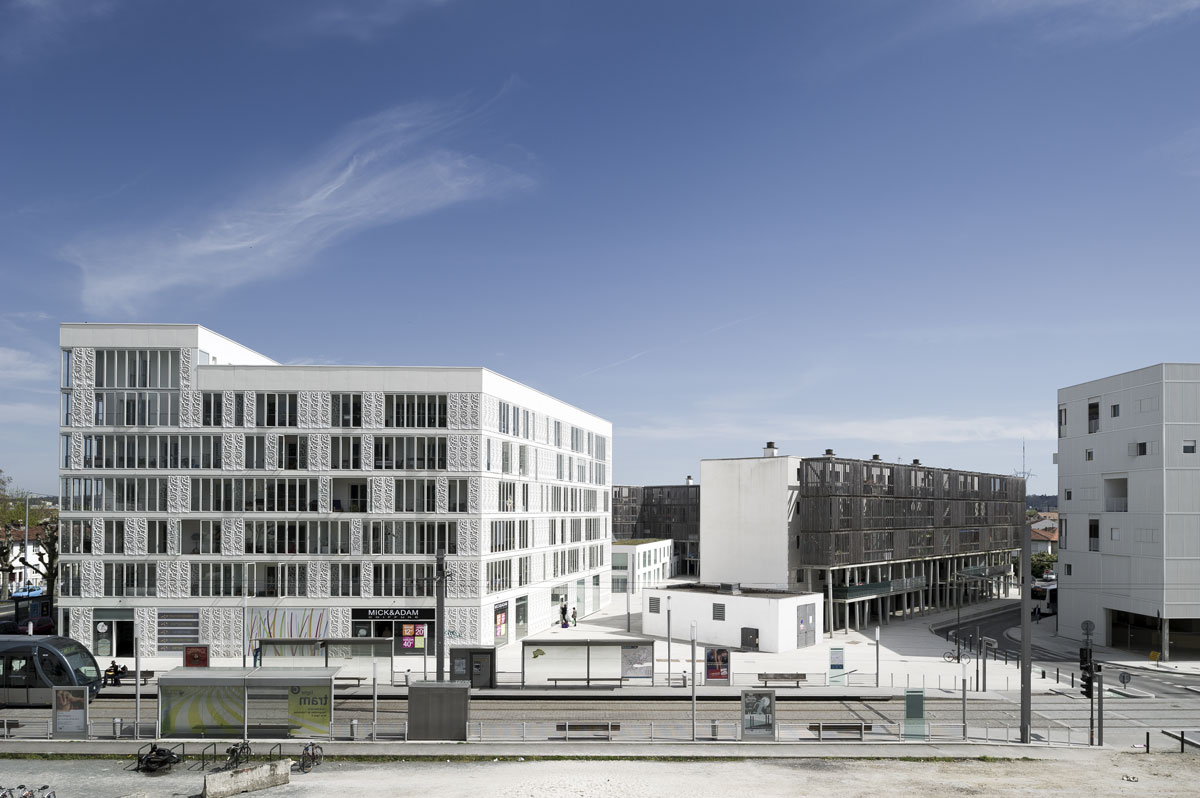 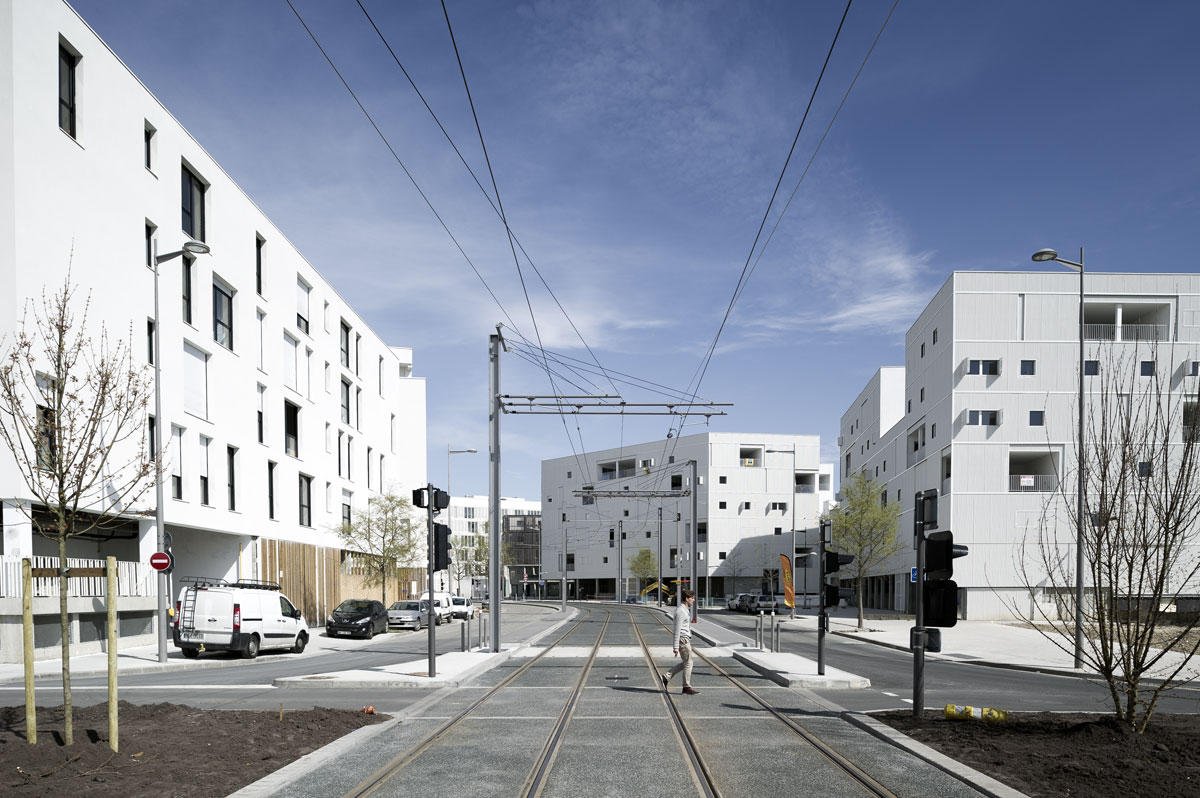 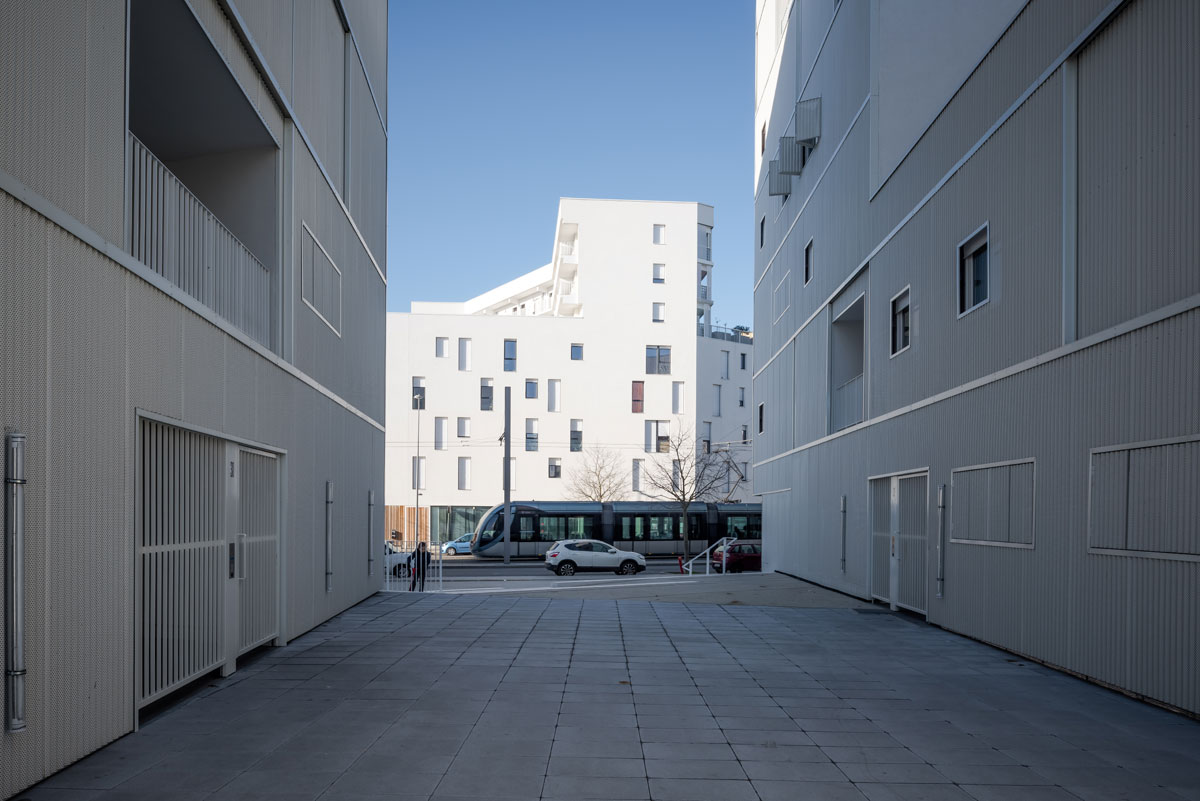 Tania Concko’s response is multi-faceted. At its heart lies a vast square, a place through which the neighbourhood’s energy flows, creating subtle links between the new buildings and joining the area strategically and harmoniously with the rest of the Bordeaux conurbation.The expected arrangement of traditional urban elements is replaced by a composition based on sequences, in which the trapezoid formed by the square becomes an ‘urban turntable’, around which each public space is meaningfully distributed. 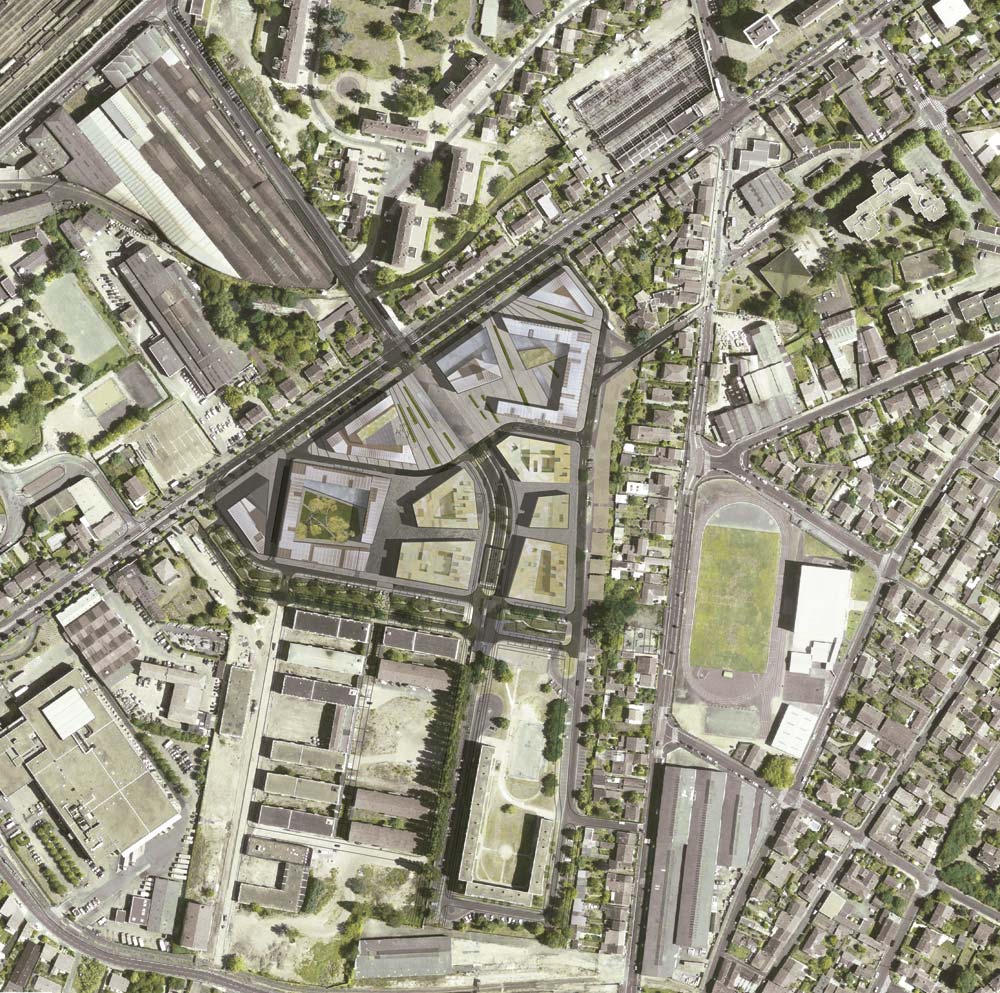 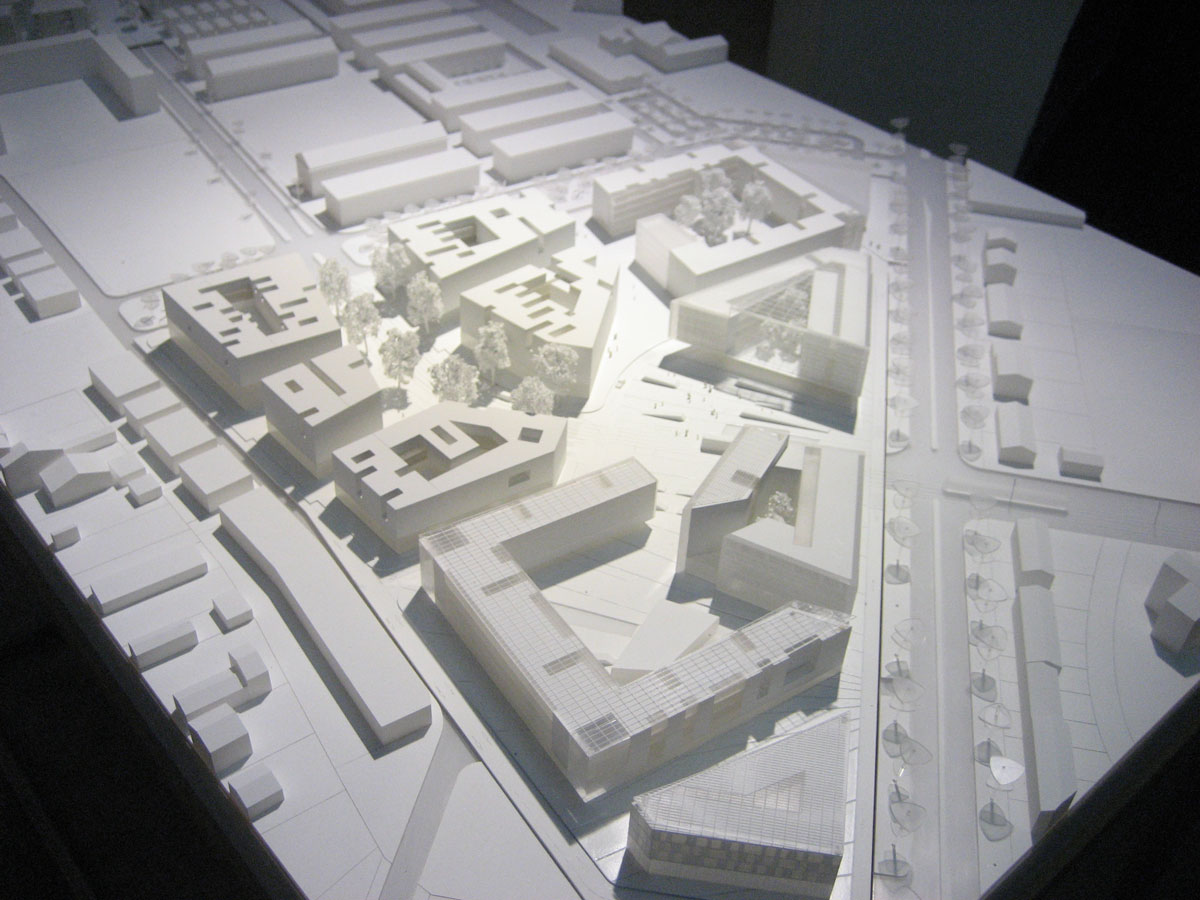 The design’s global vision guarantees the homogeneity of the whole, a vision which embraces diversity. It also refuses the easy option of the vacant central space and gives life to more unexpected perspectives, which in turn create dynamic, vibrant environments for us to live and work in. The buildings are positioned with this same desire to create varied vantage points uppermost in mind. By creating a variety of different itineraries, surprising us with new sensations and shifting perceptions they arise, it encourages the visitor or resident to invent new uses for public spaces in tune with the way we live our lives today. 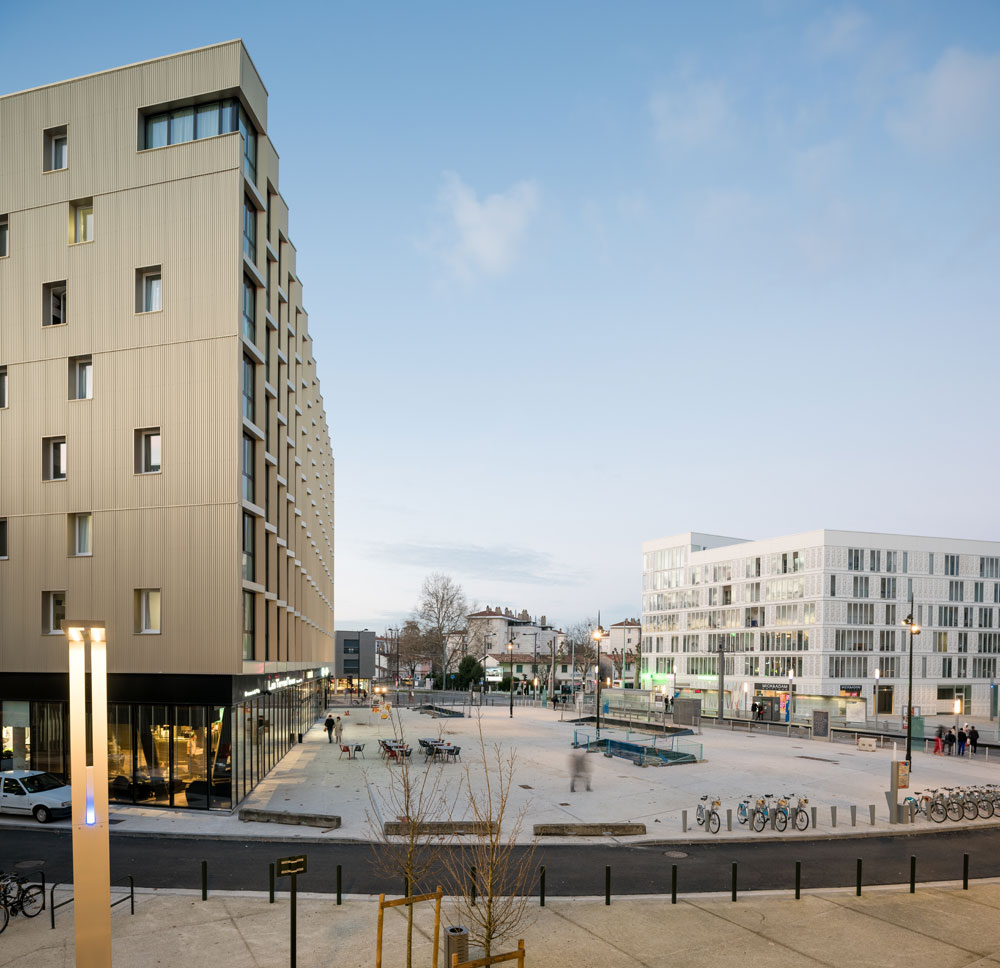 In her role as architect, Tania Concko set two compact buildings along Boulevard Jean-Jacques-Bosc, with identical volumes. Each has a deep, wide gash slicing into it, where leafy vegetation forms a pleasant arbor for collective or private use. Further outdoor areas are created by the loggias and terraces suspended along each rear facade, also graced with lush vegetation and providing additional space for daily life. 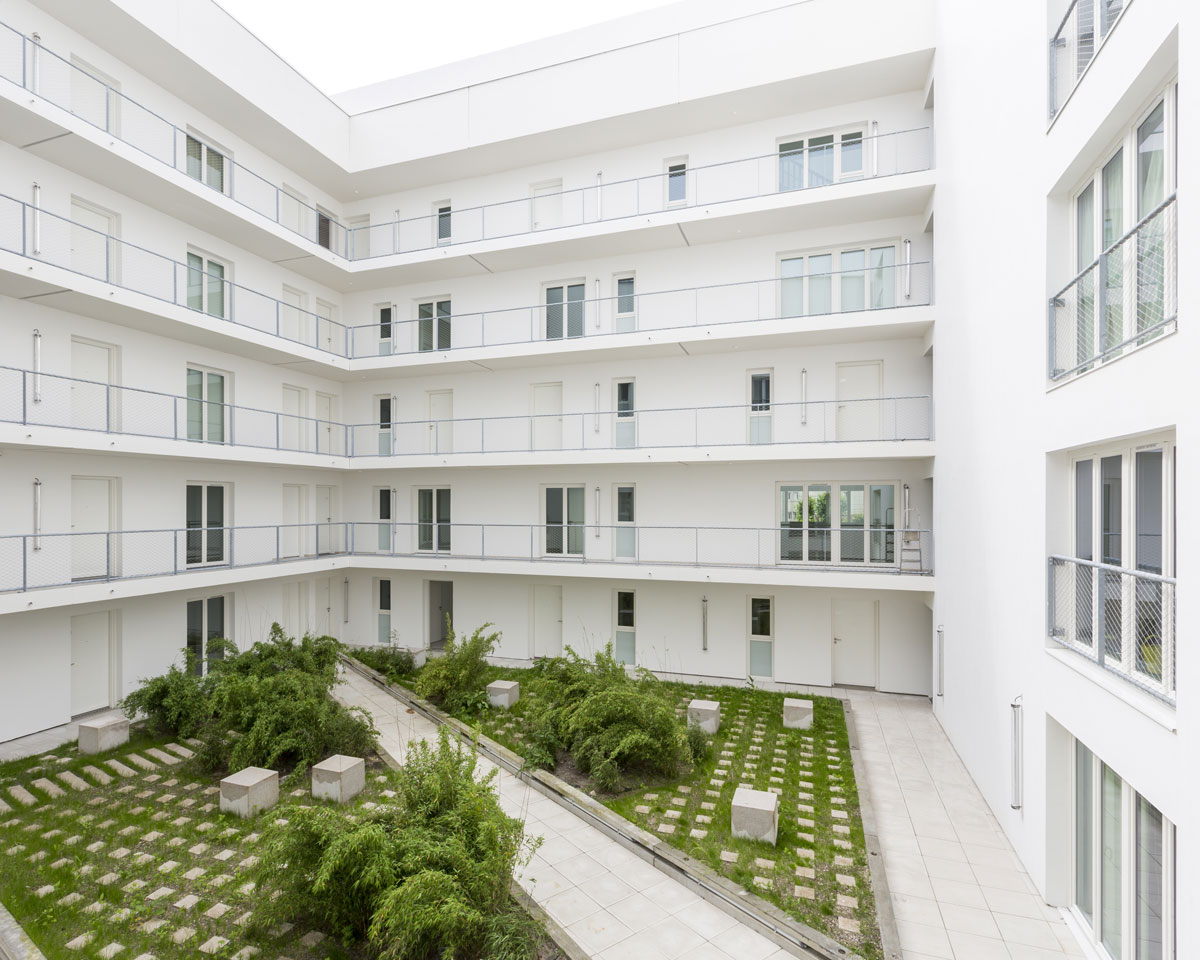 On the town square, each building is encased with a thick double skin, which, with varying degrees of dilatation and expansion, helps ‘blur our perception of volume.’ Our sense of vertical division and separation is also befuddled by the accordion system designed for the windows, creating the impression that each floor merges with the next in the building’s effortless upward thrust. A series of naturally ventilated loggias are inserted between the two layers of the outer skin to improve heat insulation, and photovoltaic panels line the buildings’ rooftops. 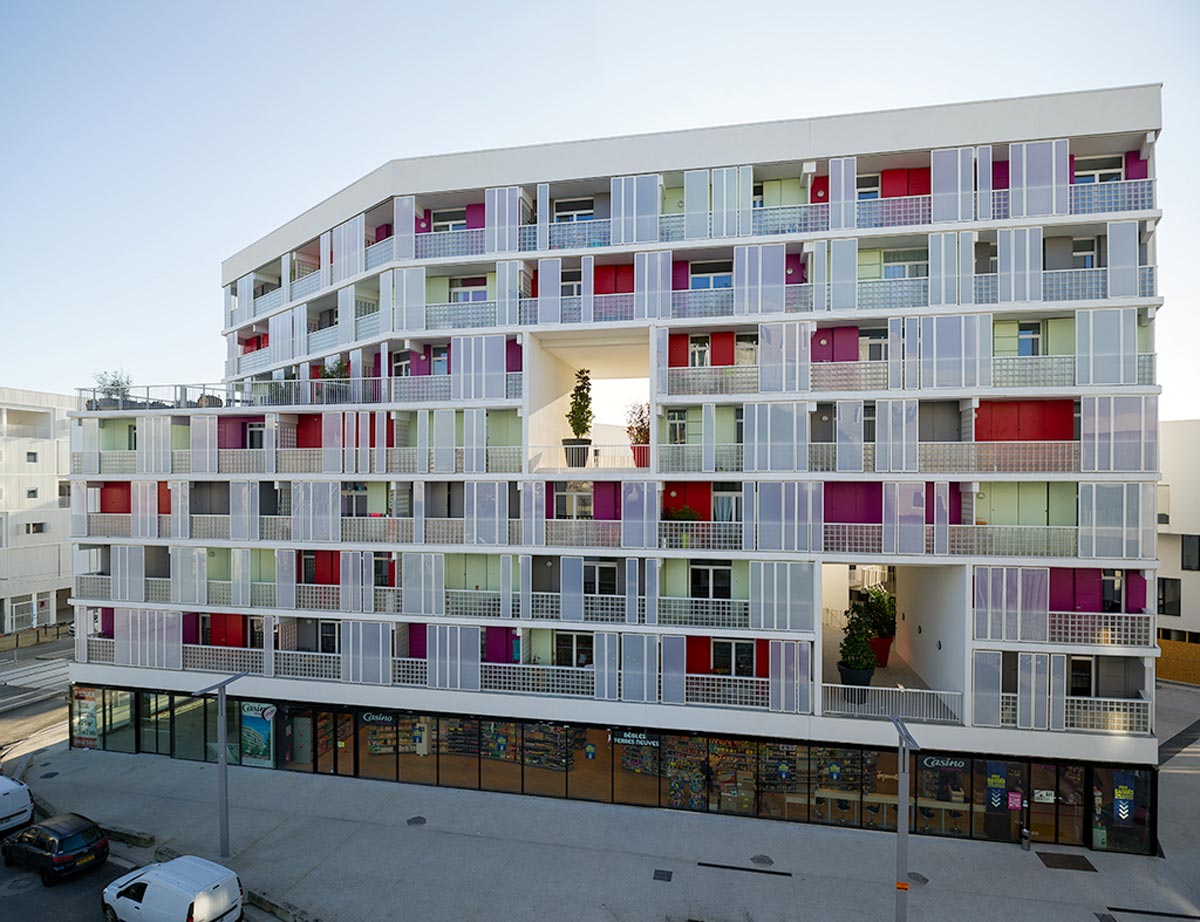 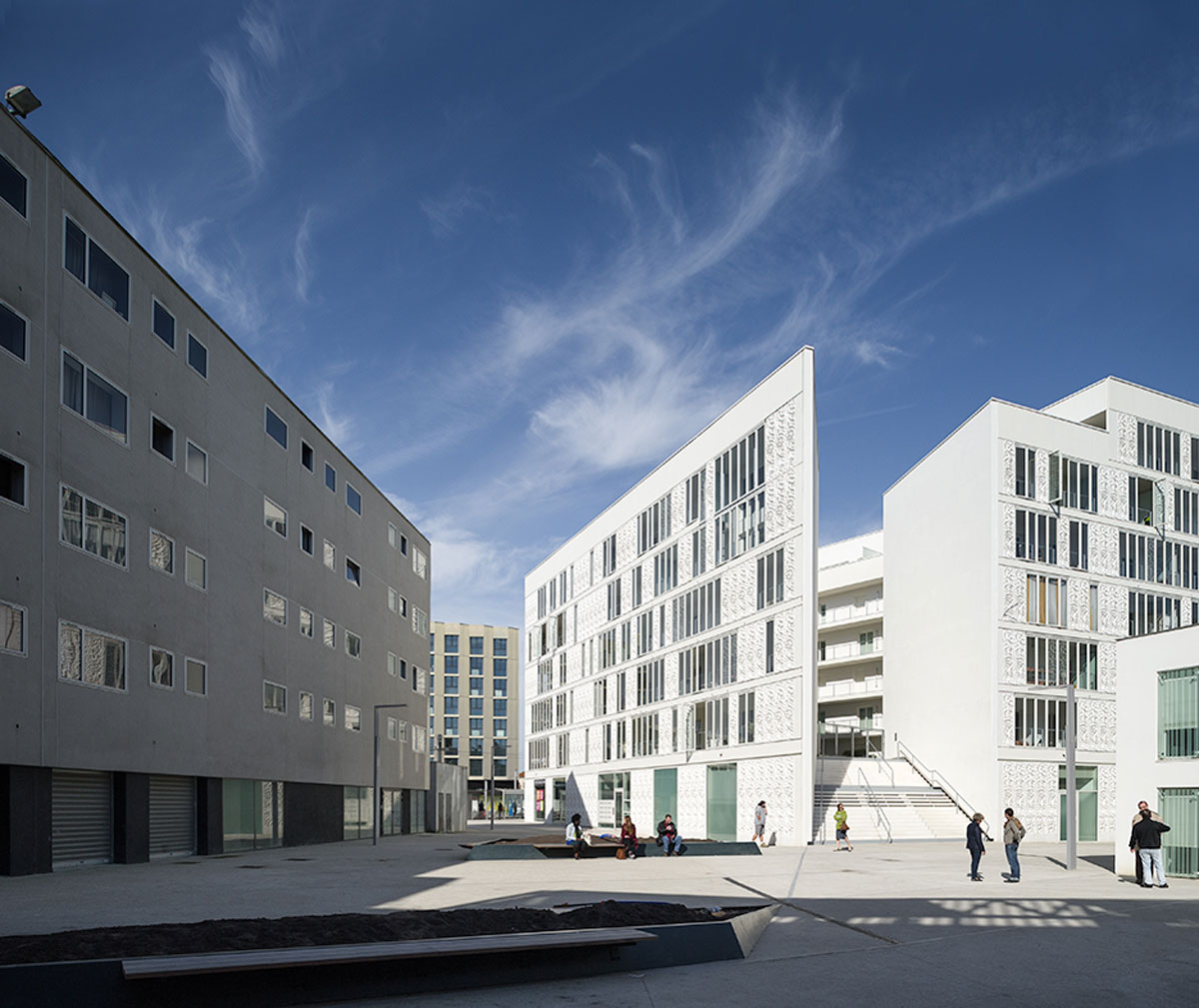 Just like the project’s open public spaces, the more intimate housing designs are also inspired by changing atmospheres and contrasting visual sequences. Inside, the ample hallways and corridors may easily be recuperated to provide extra living space. The apartments are oriented either to embrace the lively activity of the city or the calm of the interior gardens, and each building has a variety of different exits and entrances. The unyielding linear designs of brainless housing projects are replaced with a dynamic approach, inspired by an understanding of life in all its rich diversity. 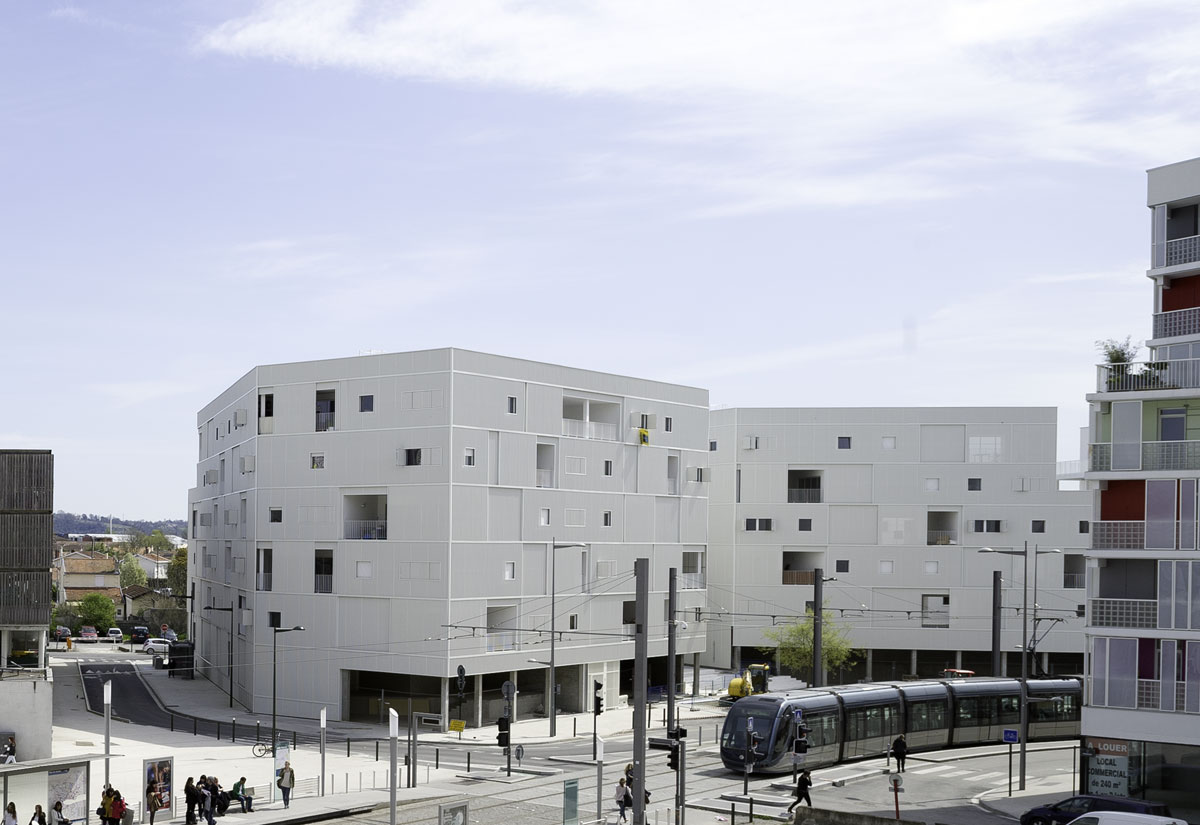 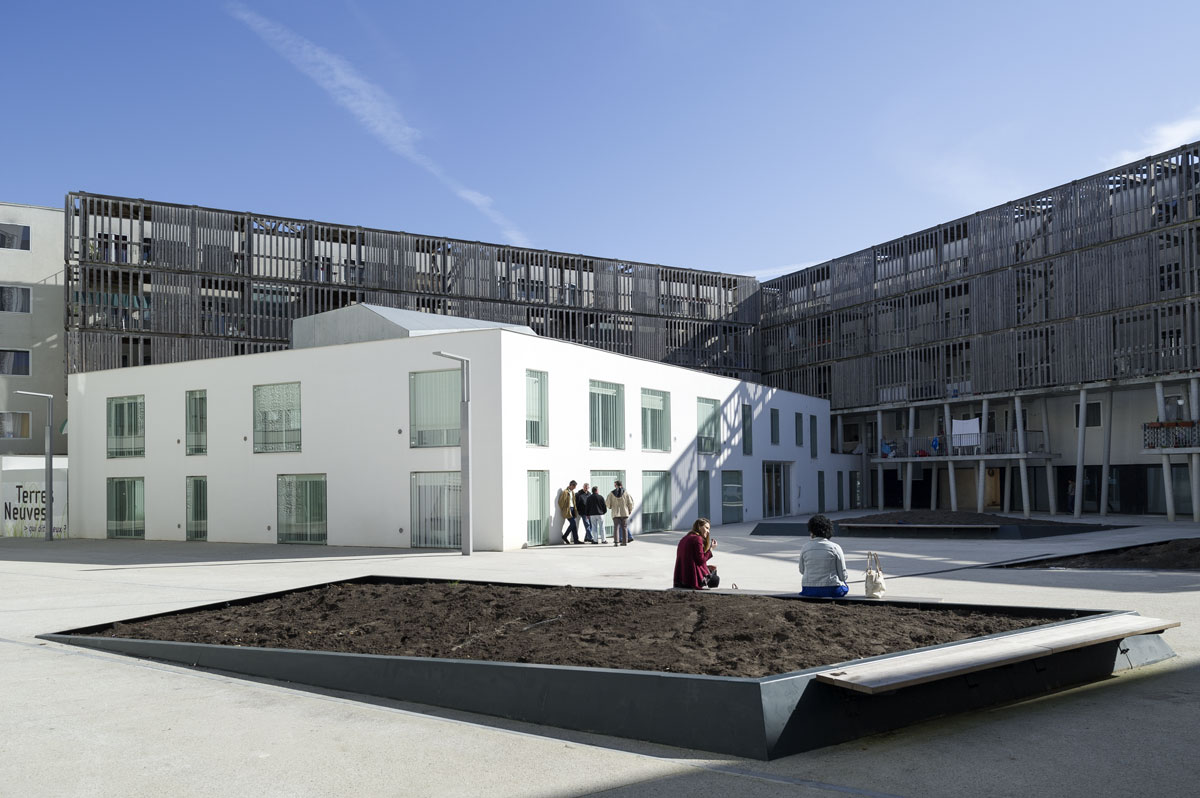 Tania Concko’s approach is rigorously the same for small-scale housing design and for her vaster master plan. ‘From the infinitely great to the infinitely small’ — such is the maxim at the root of her seemingly effortless choices, the fruit of her profoundly coherent and highly
original stance. 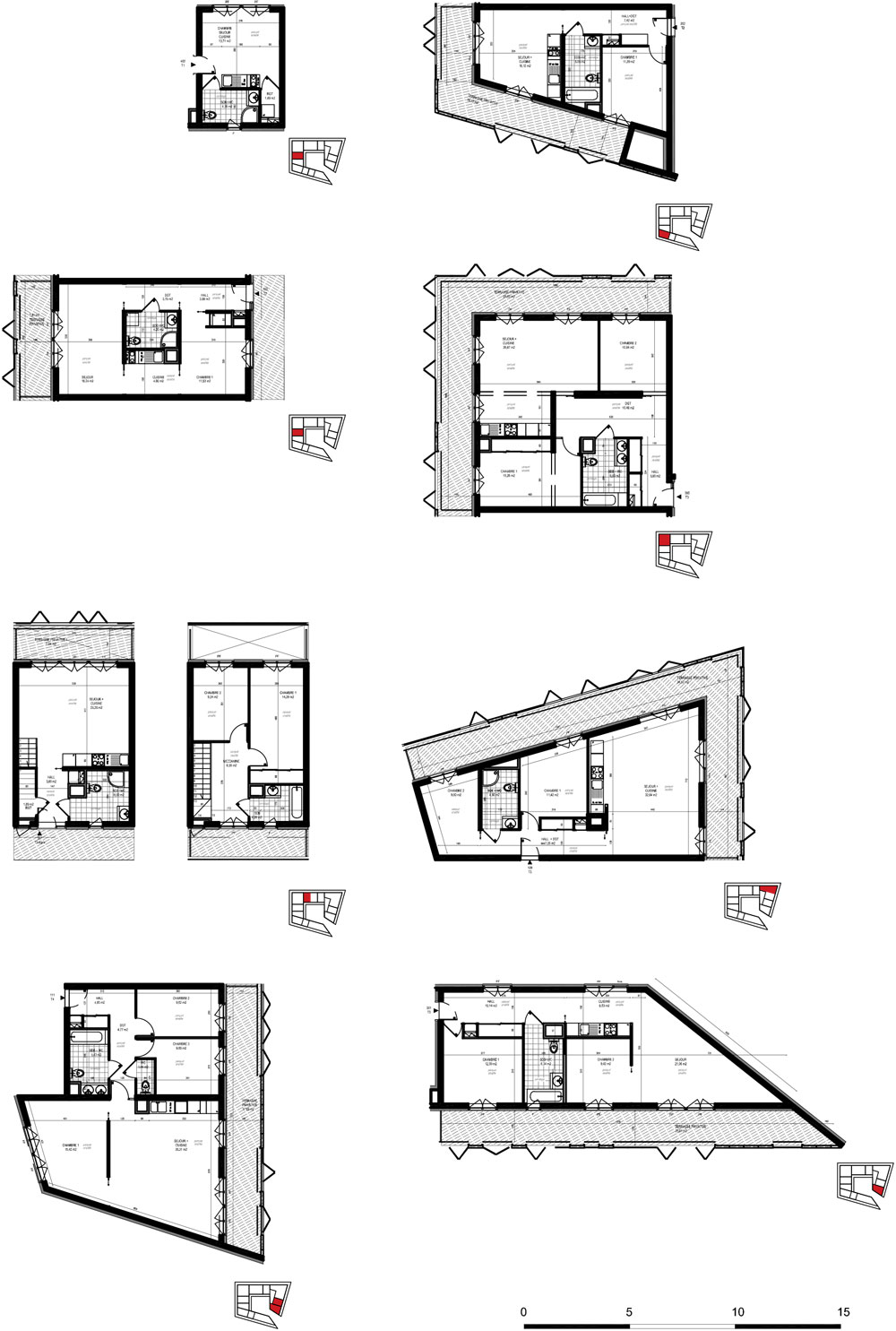 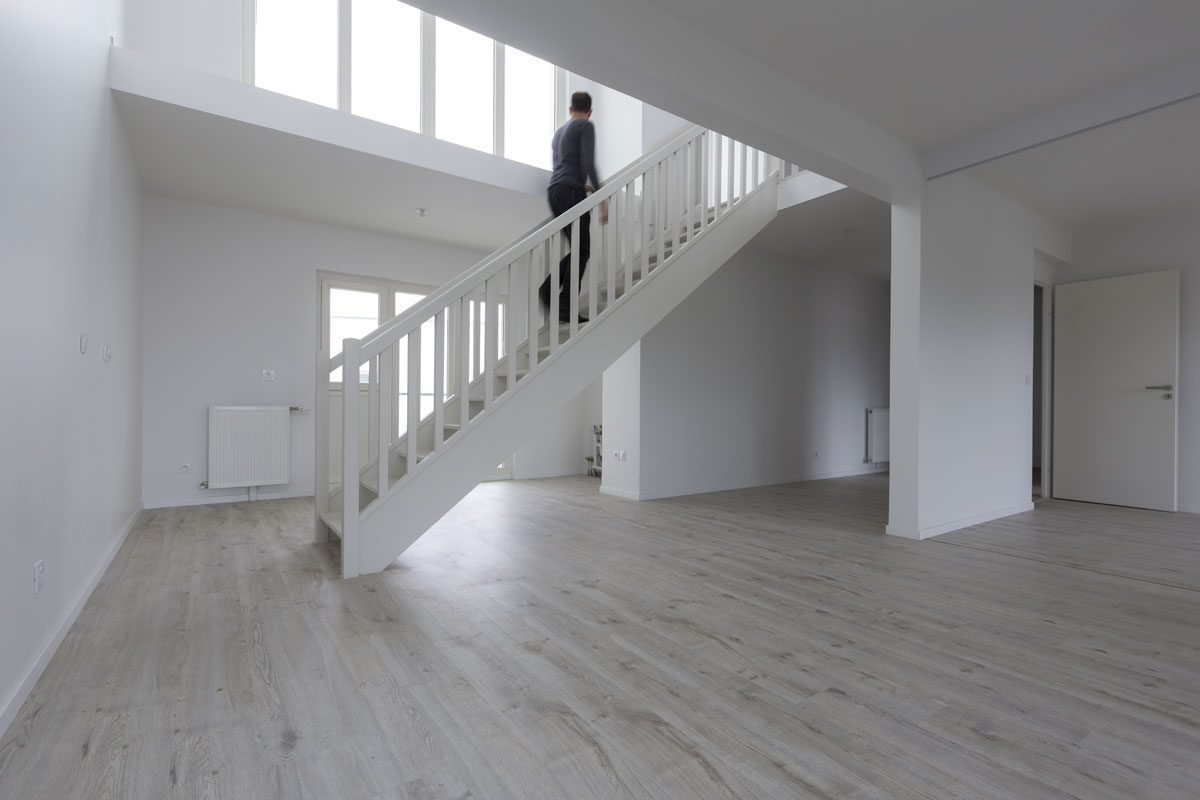 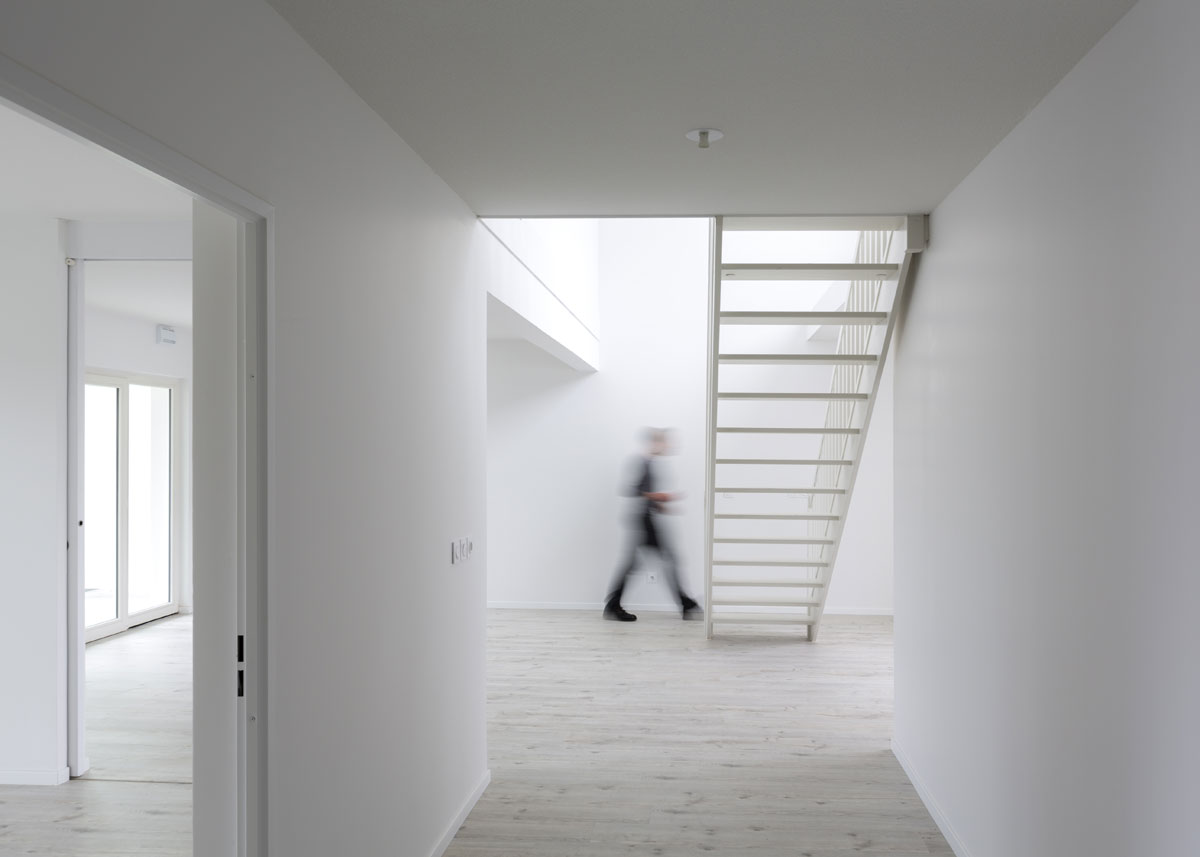 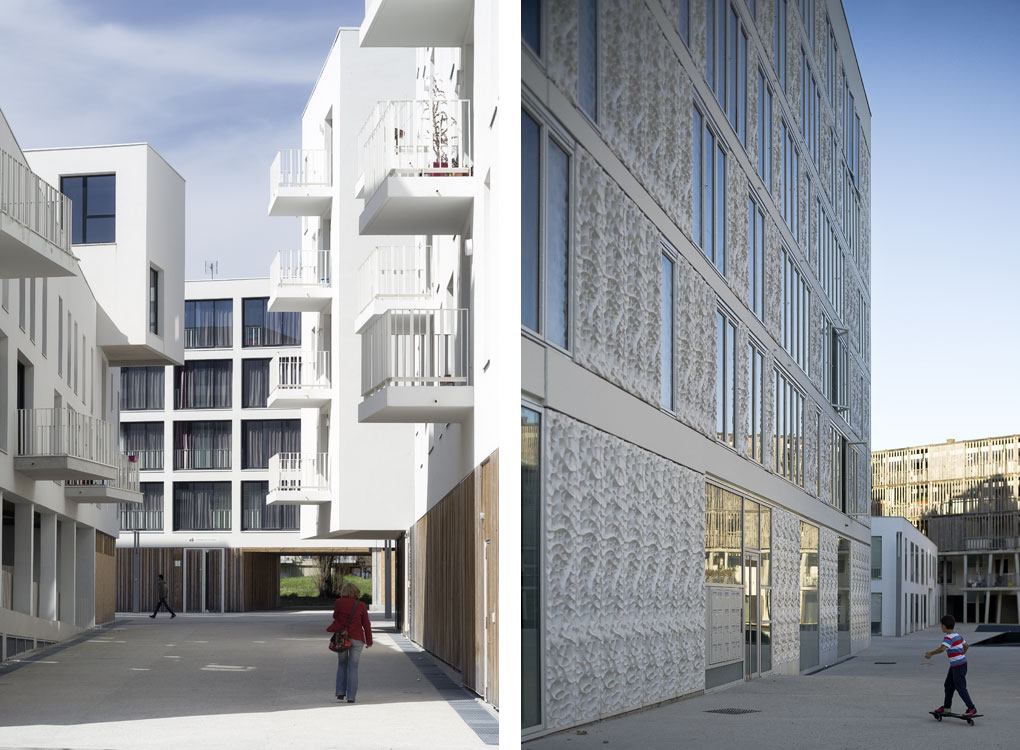