Where are the limits of materials? Do the limits lie in their apparently implicit properties or in our capacity to expand them? 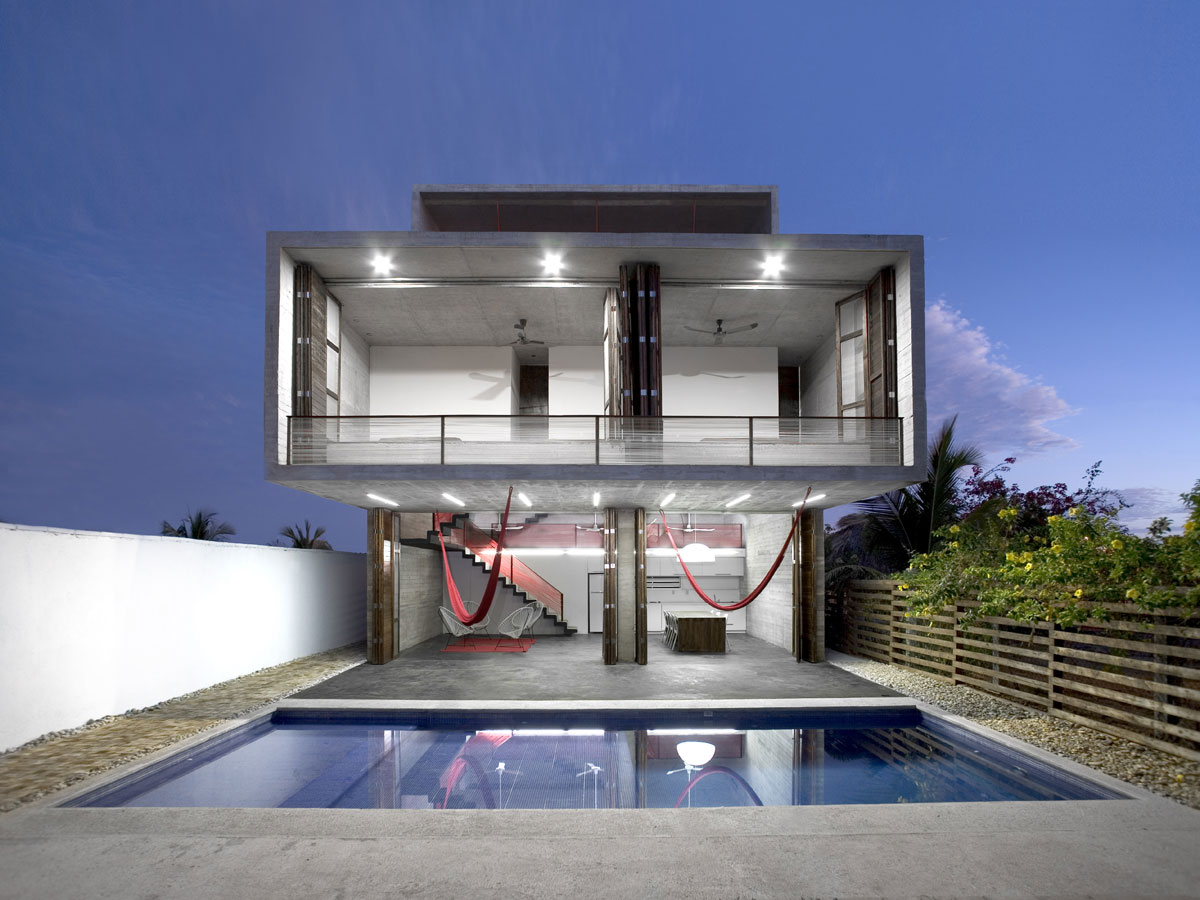 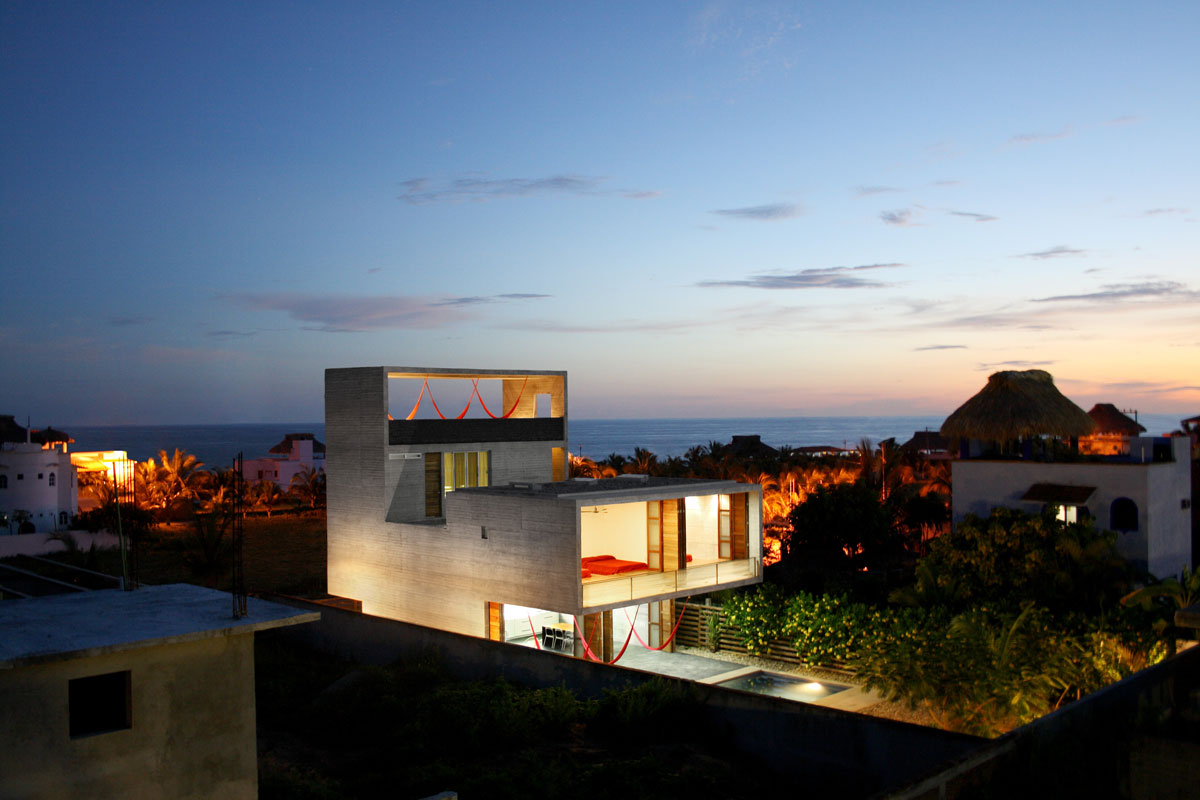 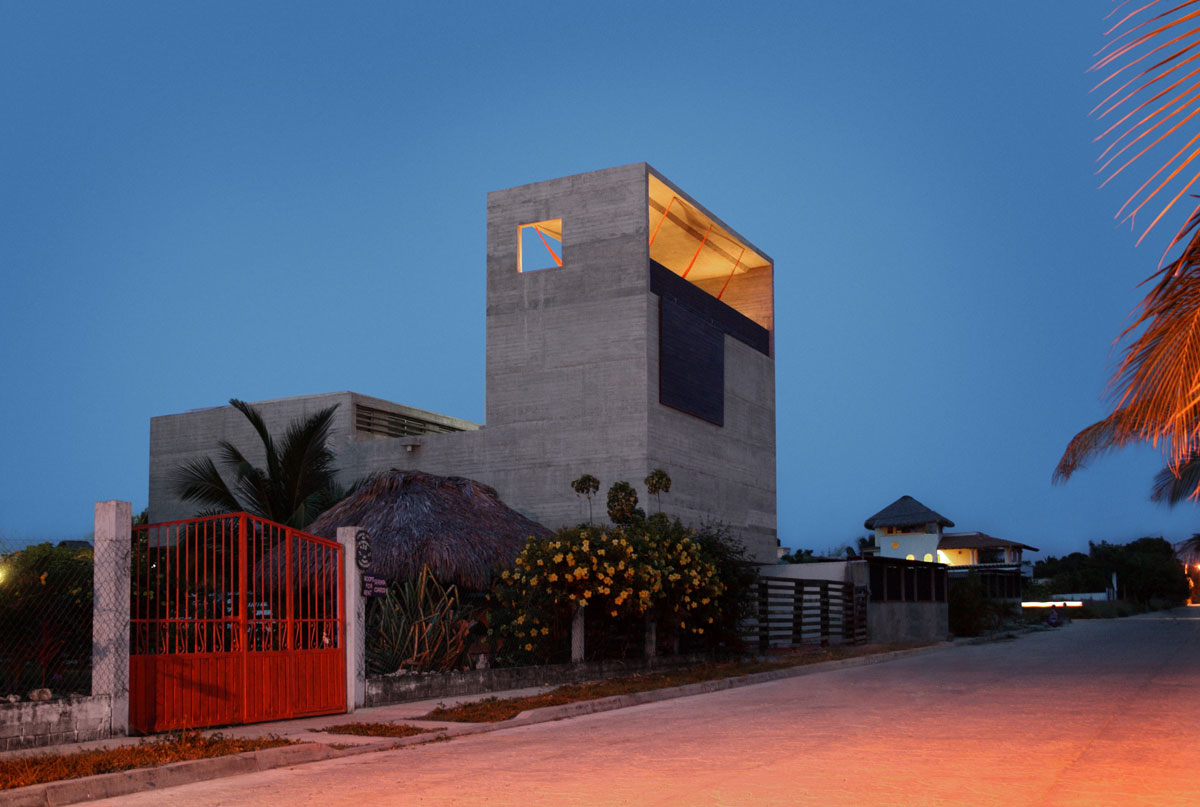 A fresh house for extreme weather that surpasses the standard limits of comfort of the city-dweller; a low- cost house with minimum maintenance; a house for any number of habitants, flexible in its uses and configuration; a house that can open up completely to the exterior or close in on itself. A house that recycles almost all the materials left over from its construction; a beach house that can be built in a distant corner of the world.

High temperatures, saltpeter, and an unskilled labor force were the conditions that dictated that this house should be built in concrete. Bridges, breakwaters and dams are also made out of concrete, because of the material’s structural capabilities and its resistance to extreme conditions. This became the project’s starting point, and the tectonic and morphological possibilities of the material followed on the formal definition of the proposal. 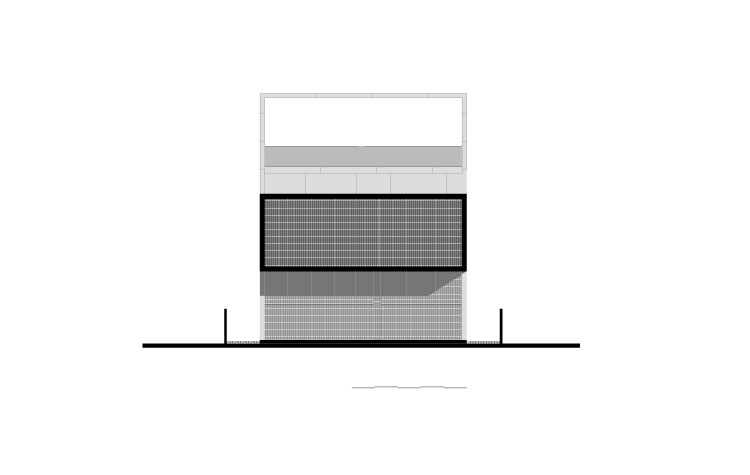 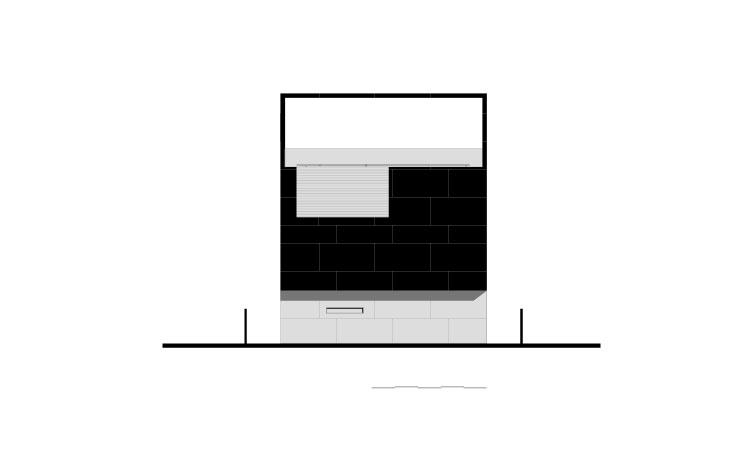 The section of the house, with its pronounced cantilevers, tries to take the structural and tectonic qualities of the building material to the limit, but above all it tries to adapt the house to the specific conditions of its location. Three elements are defined for three different conditions: a tower volume which, in search of the sea, interrupts its opacity at strategic points until it achieves complete openness at the level where nothing blocks its views over the Mexican pacific ocean; a second bedroom volume suspended over the water and the wild flowers in the garden; and a third element built to be a wide, high, fresh central space which distributes and channels the different activities taking place in the house. These three elements merge into a single volume of uncertain scale and rough textures. 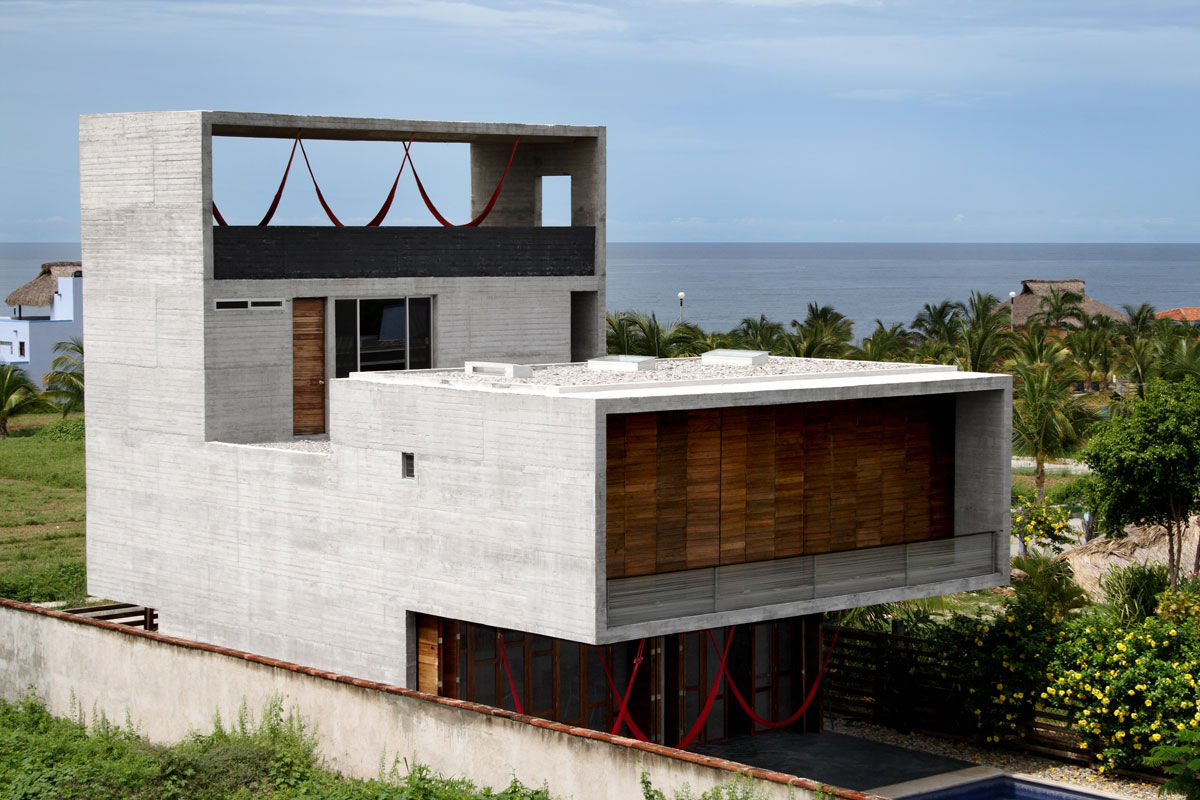 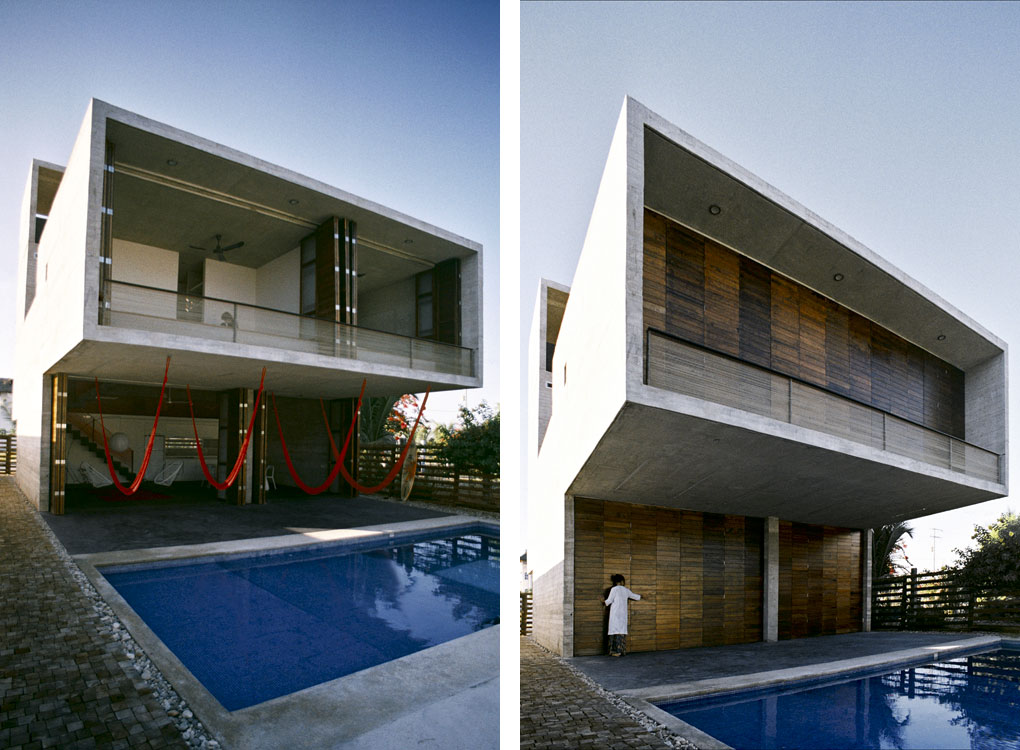 However, the outdoor built space – the threshold under the big cantilever – is the most important space of the house, its central focus. It has all the characteristics and potential of a tailor-made interior: connected with the spacious central core of the house, protected by the balance and rigor of the constructed object but at the same time supplied with light, water, and air from the outside, close to the lush tropical vegetation and its colors that contrast with the neutrality of the concrete. All this, suspended in the hammocks, reinforces the solidity of the structure and the smoothness of the way of inhabiting it. 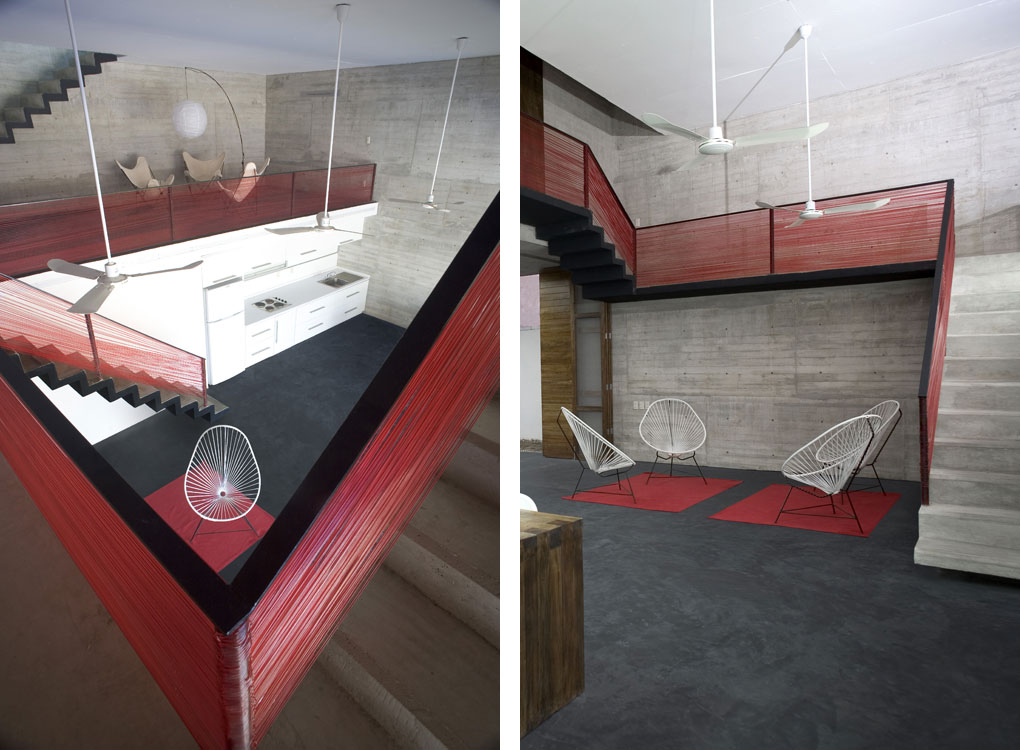 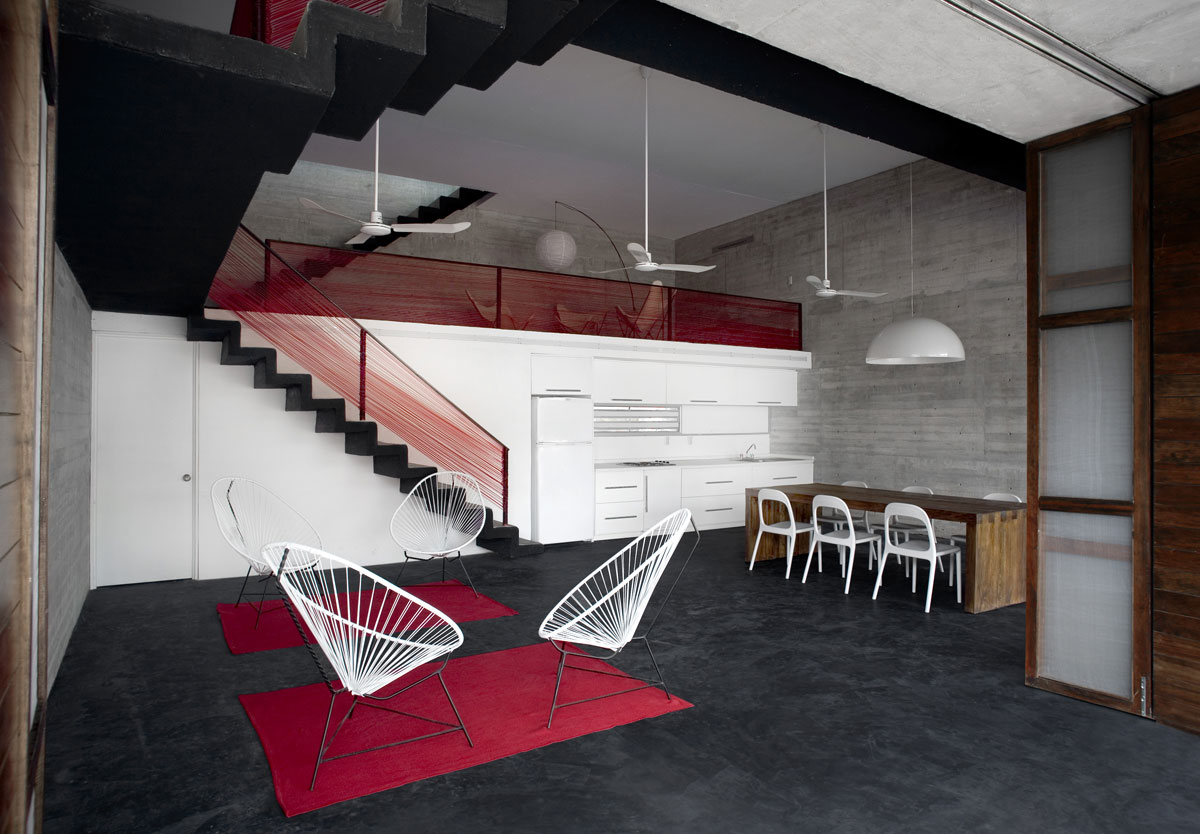 It is the way of inhabiting this interstitial space which defines the final architectural aim of the project: life in community, in the open air; it is a living portrait of the vital Mexican utopia, that is, a world of harmony, color, and nature, a reflection of the rocking of the hammocks and the pleasure of the dolce far niente. 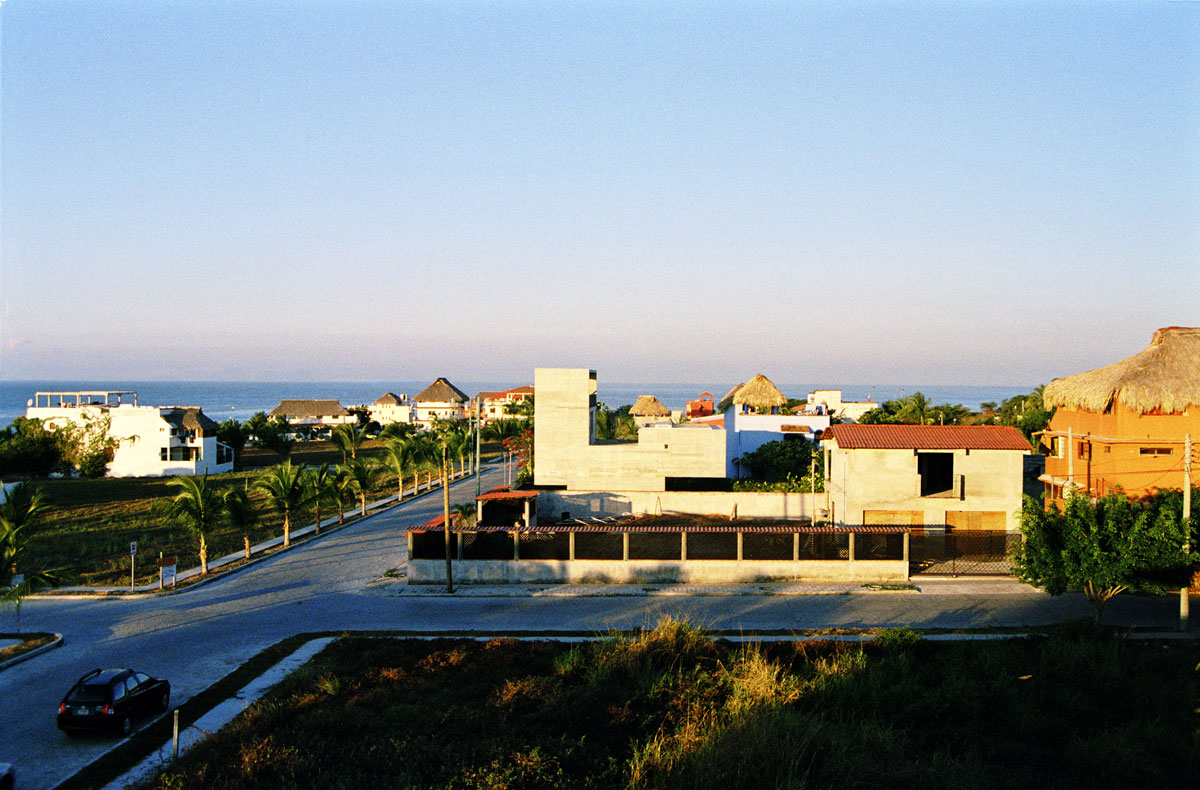 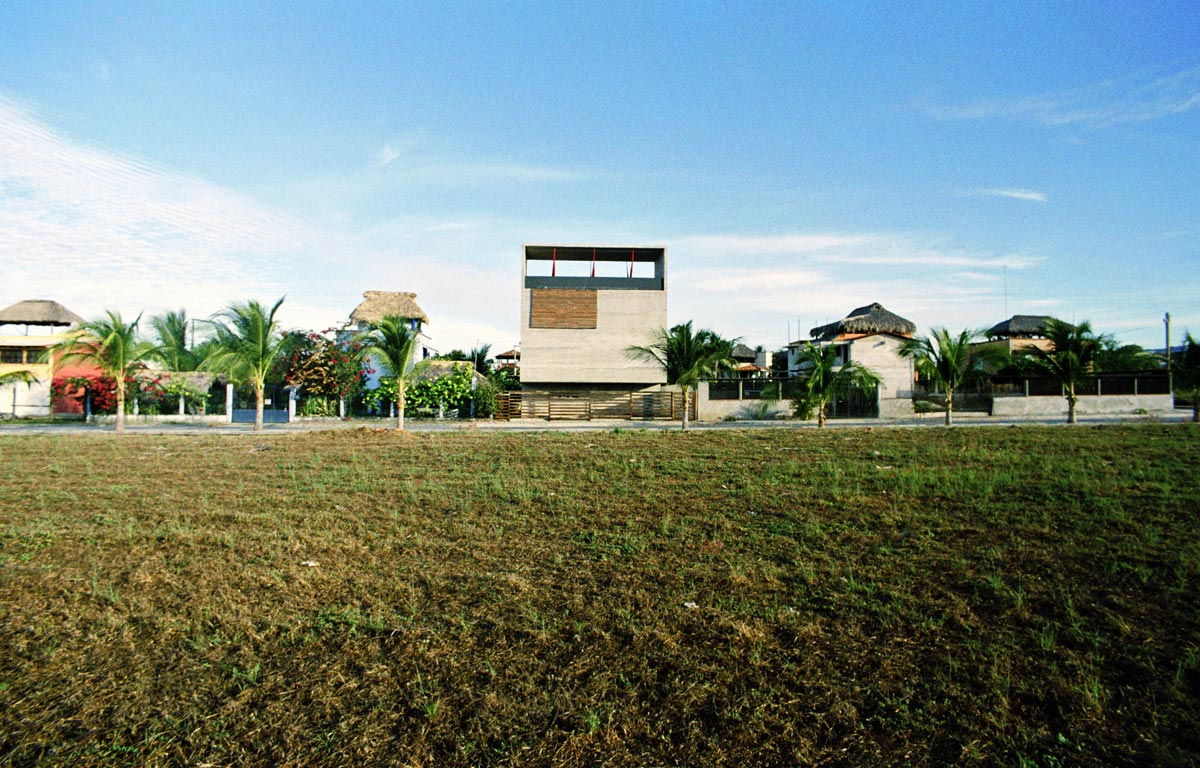